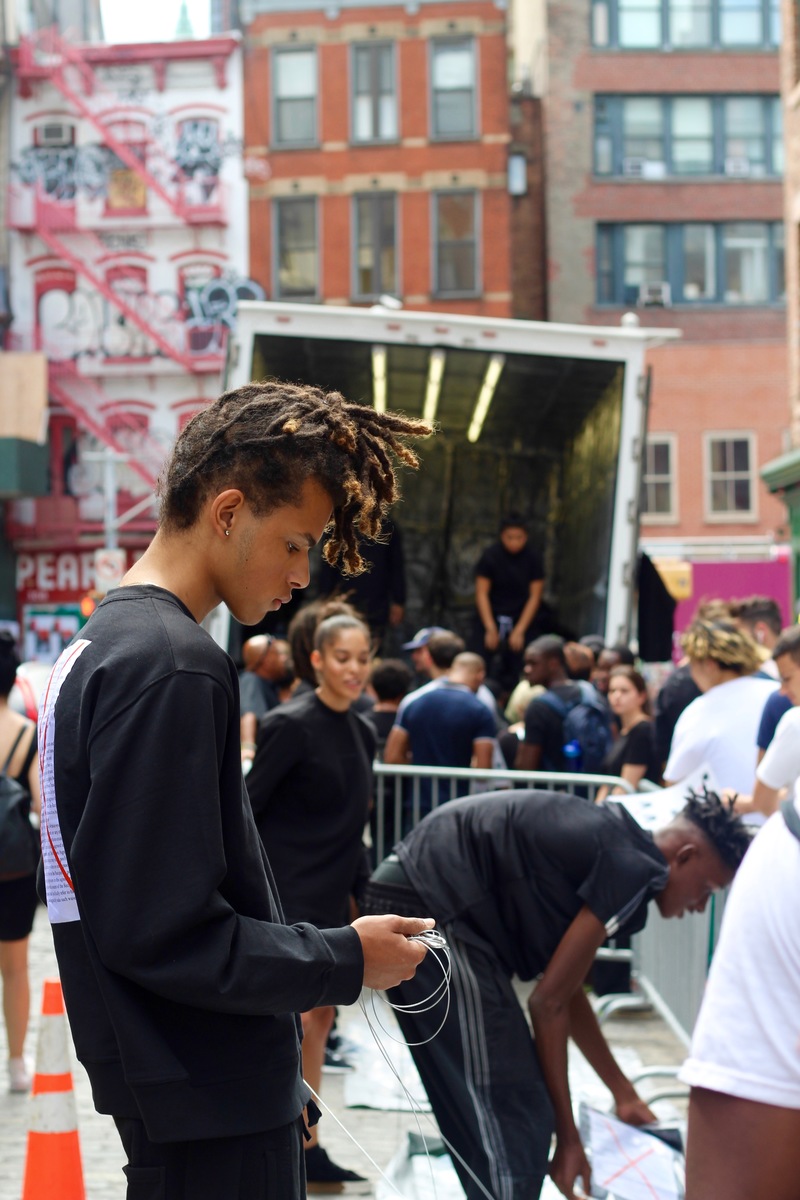 Having made the fashion press blow up with the unveiling of his adidas collaboration at his SS17 show, Alexander Wang took to the streets of New York with his adidas Originals by Alexander Wang trucks. This weekend they’ll be heading to London and Tokyo.

The trucks are offering up a 9 piece capsule collection featuring t-shirts, hoodies, tracksuits. In addition to the apparel, Wang also offered up the first of his three scheduled sneaker drops. The Alexander Wang Skate in black. With prices seemingly ranging from $80-$200, customers in NY were limited to four items each all of which had to be different (unfortunately for those reselling). Once purchased, customers vacuum packed items were handed to them in black bags resembling binliners – fitting to the collections ‘counterfeit’ theme. The concept behind the launch is the brainchild of creative director Ferdinando Verderi; with the use of trucks again highlighting the ‘counterfeit’ concept and rejecting the idea of traditional retail spaces.

The pop-up trucks will be in London and Tokyo on Saturday, September 17th. 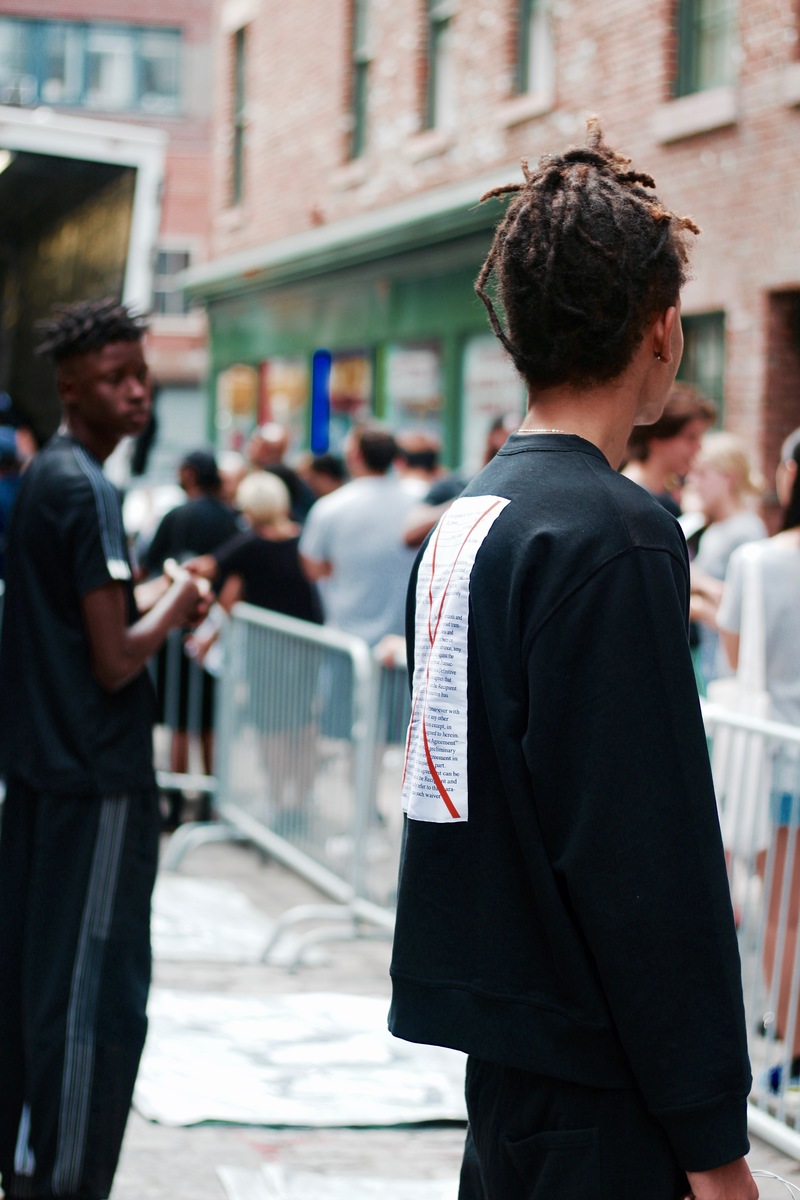