Inspired  by stories about the designer’s parents.

Kerby Jean-Raymond, creative designer behind Pyer Moss, addressed his audience before he presented his newest collection at New York Fashion Week: ”This is part one of a collection I am making. It’s called ‘Stories About My Parents’.” This collection was dedicated to his father and you could find handwritten notes like ”Student in Haiti,” ”NYC taxi driver” and ”Wins lotto” on each set. Menswear and womenswer pieces from the collection were for the most part unisex. The piece that stood out the most were the shoes that read ”Wet Foot, Dry Foot,” referencing the policy reversed by Barack Obama that allowed Cuban immigrants to stay in the U.S. if they reached American ground. The collection featured relaxed tailoring, sportswear influences, chains and a white fur coat. The collection included a bit too much of everything and we believe that it would be better if the designer focused on one particular style in the future. 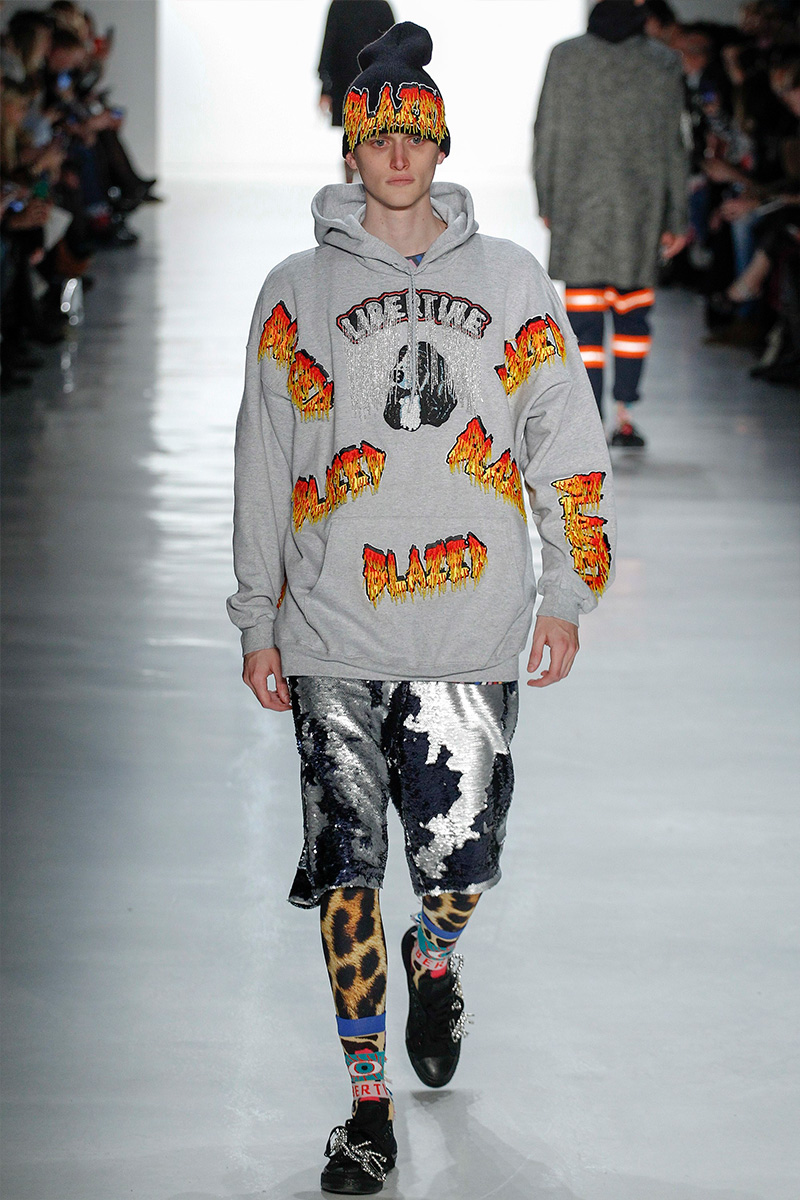