The most hyped shoe of this year.

Since Spike Lee’s classic comedy-drama, “Do the Right Thing,” the Jordan 4 has become one of the most iconic basketball shoes of all time. Worn by NBA legend Michael Jordan during a game-winning shot at the 1989 playoffs, the standout silhouette was designed by Tinker Hatfield with input from basketball legend himself. Heavily inspired by 90s trends, using moulded plastic pieces and plenty of mesh, the Jordan 4 is a truly unique sneaker and since its release has seen a multitude of updated colourways and partnerships with various designers around the globe.

Released last month, footwear giants Nike and designer turned entrepreneur, Virgil Abloh teamed together to create the third silhouette in their collaborative history with the Jordan 4 Retro Off-White Sail. Teased during his ‘Figures Of Speech’ exhibition at MCA Chicago last year, the highly anticipated sneaker later made its debut during the American fashion designer’s autumn/winter 2020 runway show. Worn by the likes of J Balvin and radio-presenter Jordan James, the Off-White x Nike Air Jordan 4 has quickly become the most sought after sneakers of the year. 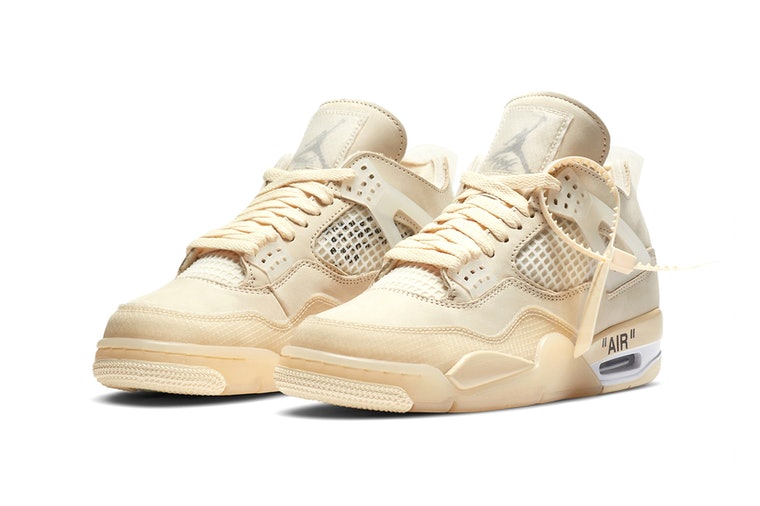 Perhaps the most exciting element of the Air Jordan 4 is the use of full-grain leather uppers merged with mesh and opaque materials. Appearing on the tongue of the sneaker is the brand’s signature motif in hits of light blue, and the outsole’s Nike Swoosh provides contrast to help create a sleek and elegant finish. Keeping to Hatfield’s original design the AJ4 makes the use of a full cream coloured pallet complete with visible stitching for a premium look and feel. A deconstructed vibe comes from an Air infused midsole and this is embellished with “AIR” branding that Alboh is well known for. Finalising the design is a complementary cream zip tag adding to the sneakers relaxed and cosy aesthetic.

It’s fair to say that the uniqueness of the Air Jordan 4 has been unrivalled. With signed pair recently reaching a final charity bid of over $185,000, the sneaker has become, arguably, the most hyped collab of this year. The deconstructed design and cream-based colour pallet have seen the basketball-lead sneaker being sold at over £1,500 on the leading resale supplier, Stock x. 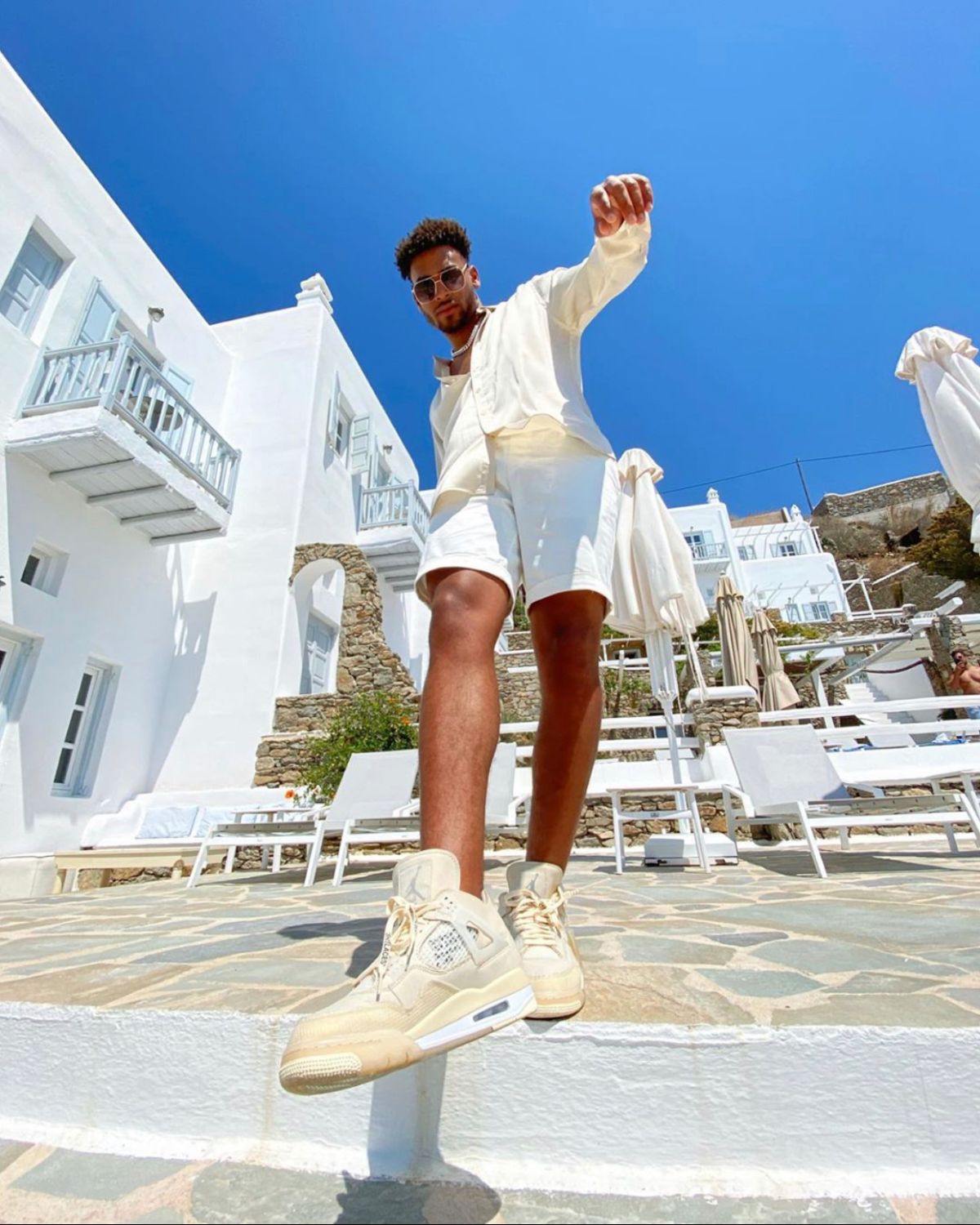 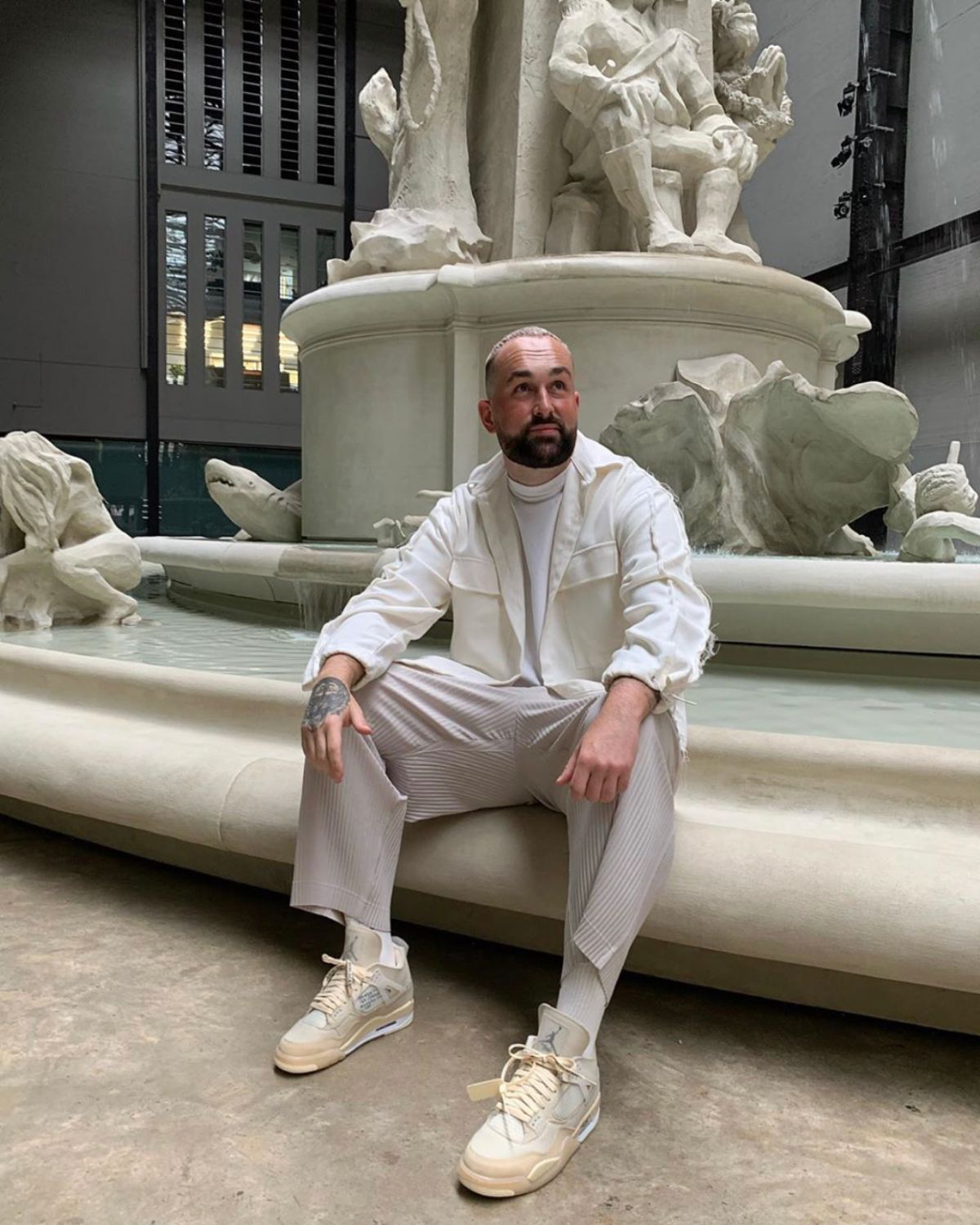 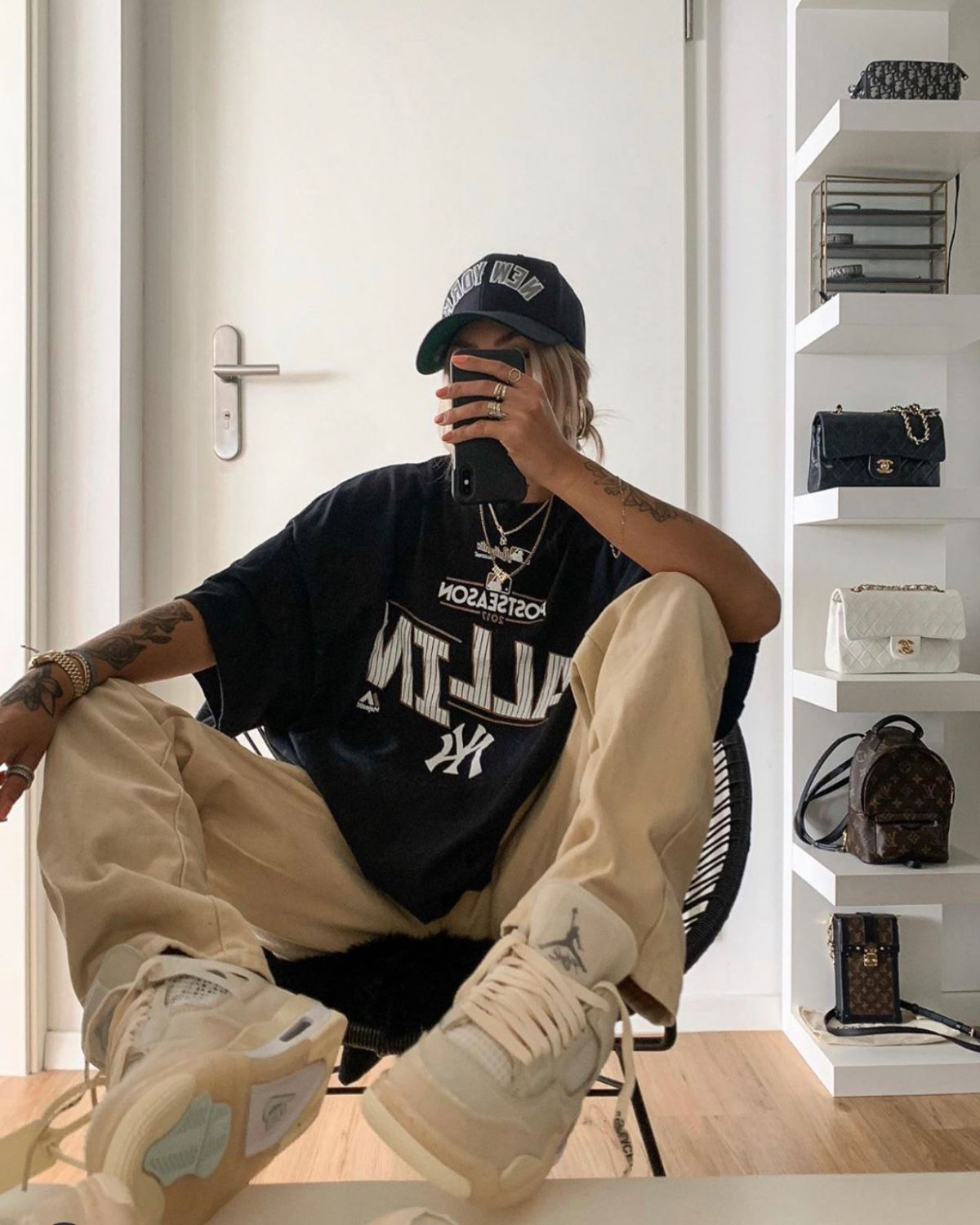 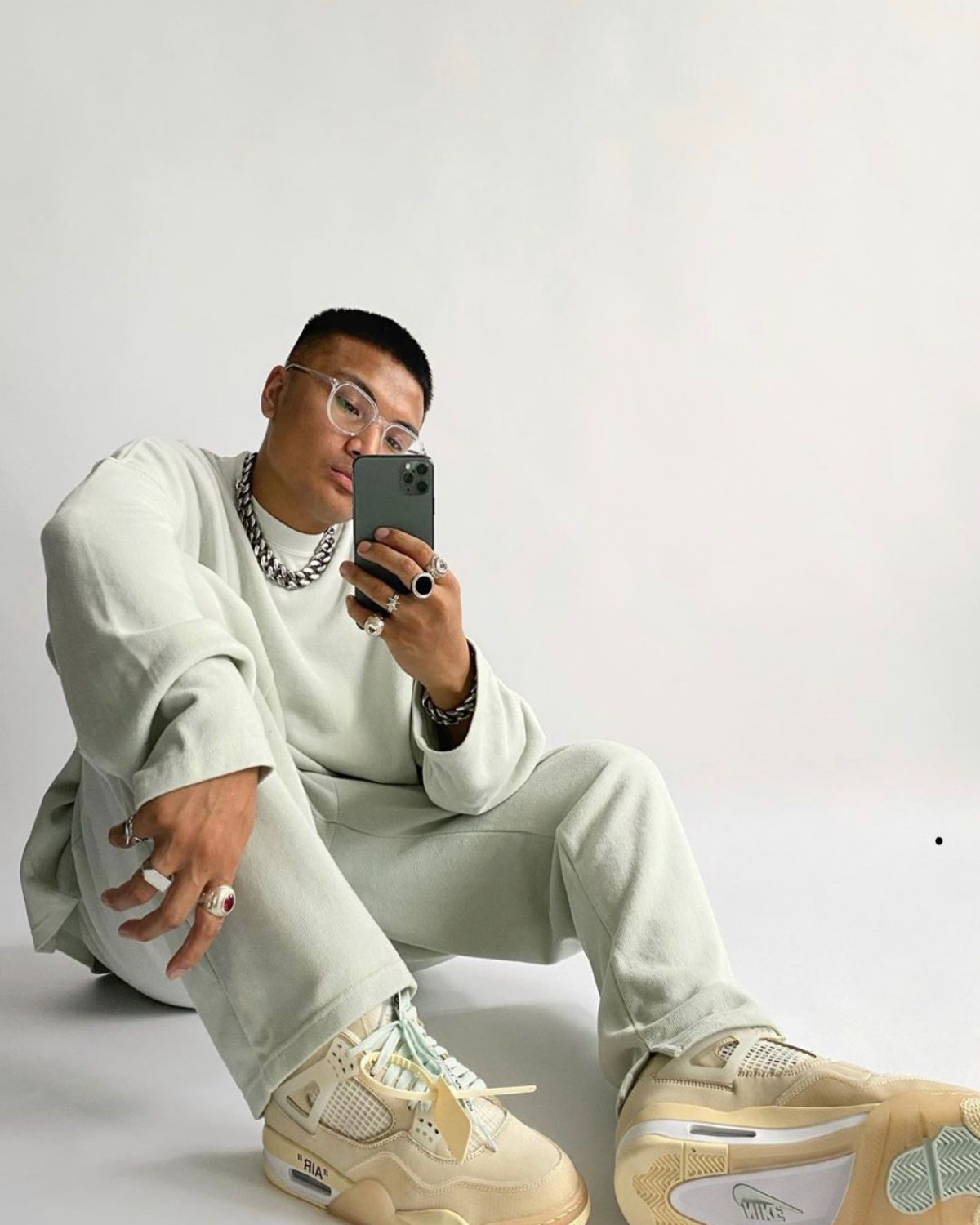 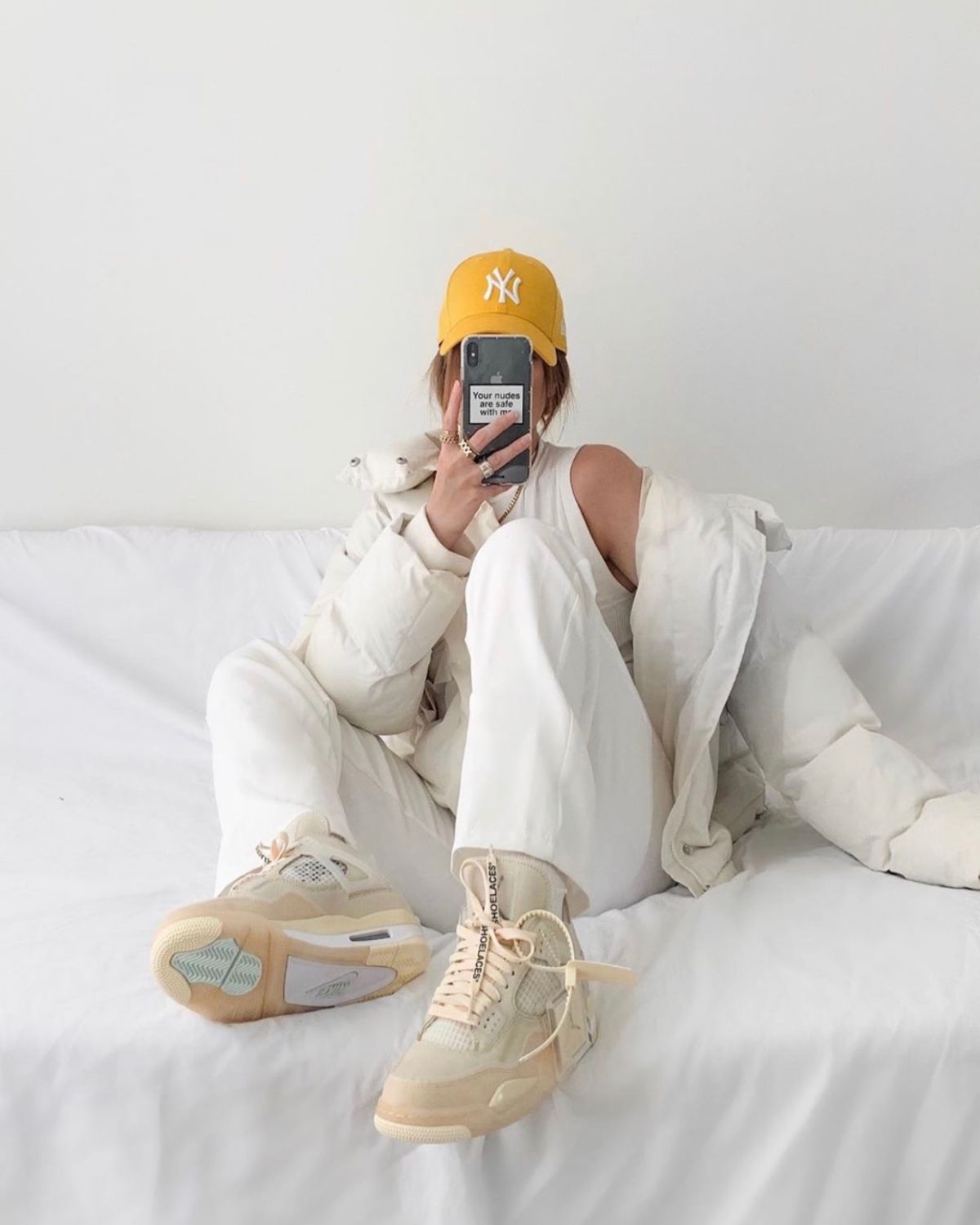 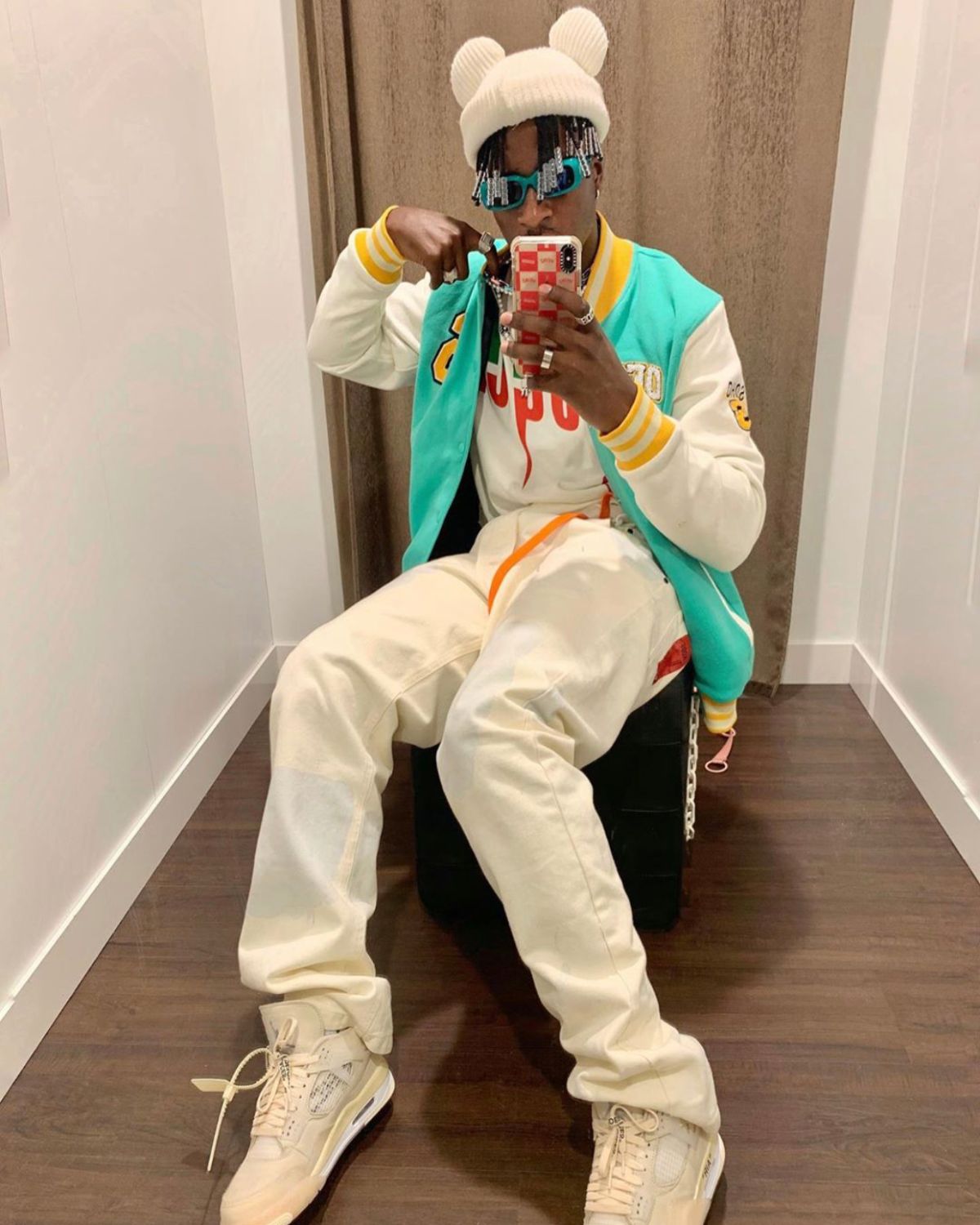 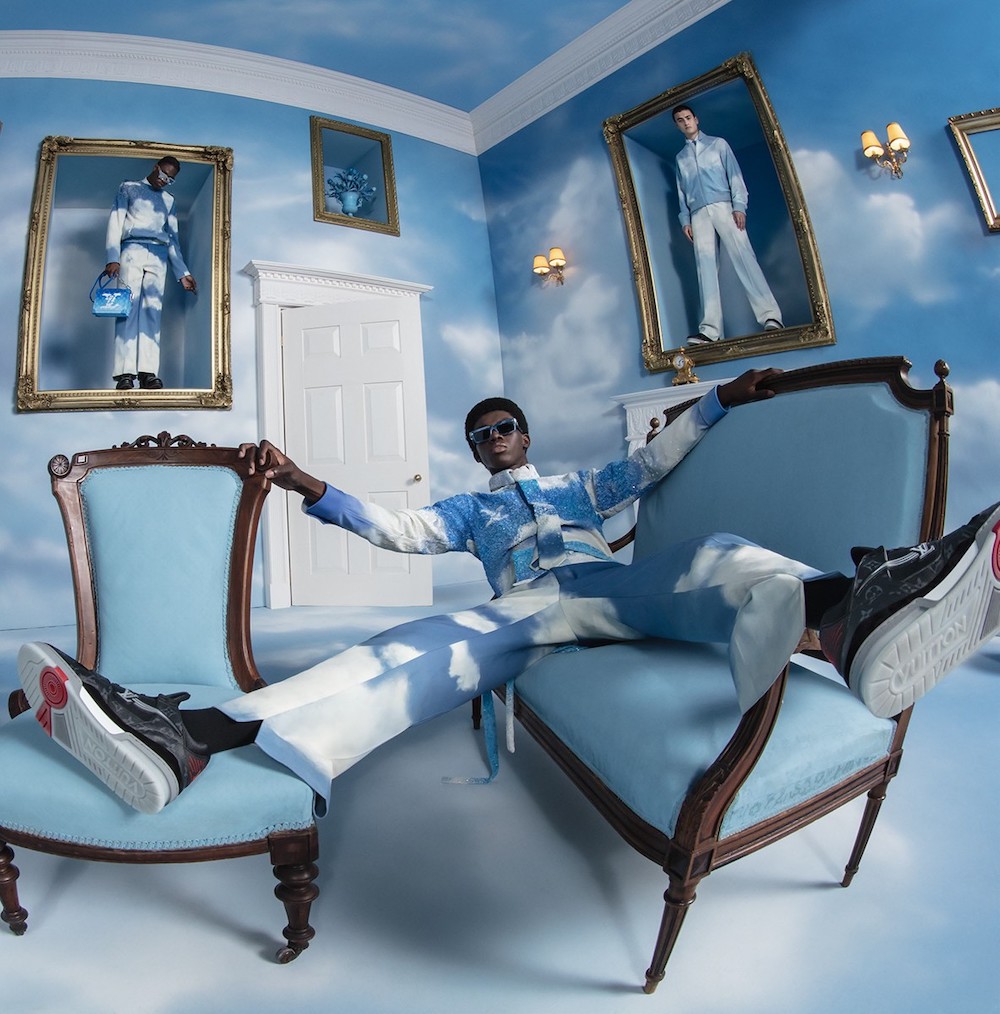