Presented on a four-legged sculpture.

Asics has relisted the services of Seoul-based art crew IAB Studio for their second collaboration. The crew, which was founded by Korean hip-hop artist Beenzino, has this time focused its creative energy on the Japanese sportswear company’s Gel-1090 model.

For this collaboration, the sports shoe is re-imagined in two colourways which utilise a lime green and black combination, which is also prominent in a range of clothing that is shown alongside the sneakers. The colour composition is used to represent a sporting spirit and fighting with oneself, according to a statement by the brand.

A four-legged sculpture is seen wearing the new shoes in an industrial building for a futuristic lookbook shown below. Check it out for a close look at the Asics X IAB Studio Gel-1090 AL-2, available to shop at select retailers such as Slam Jam now. 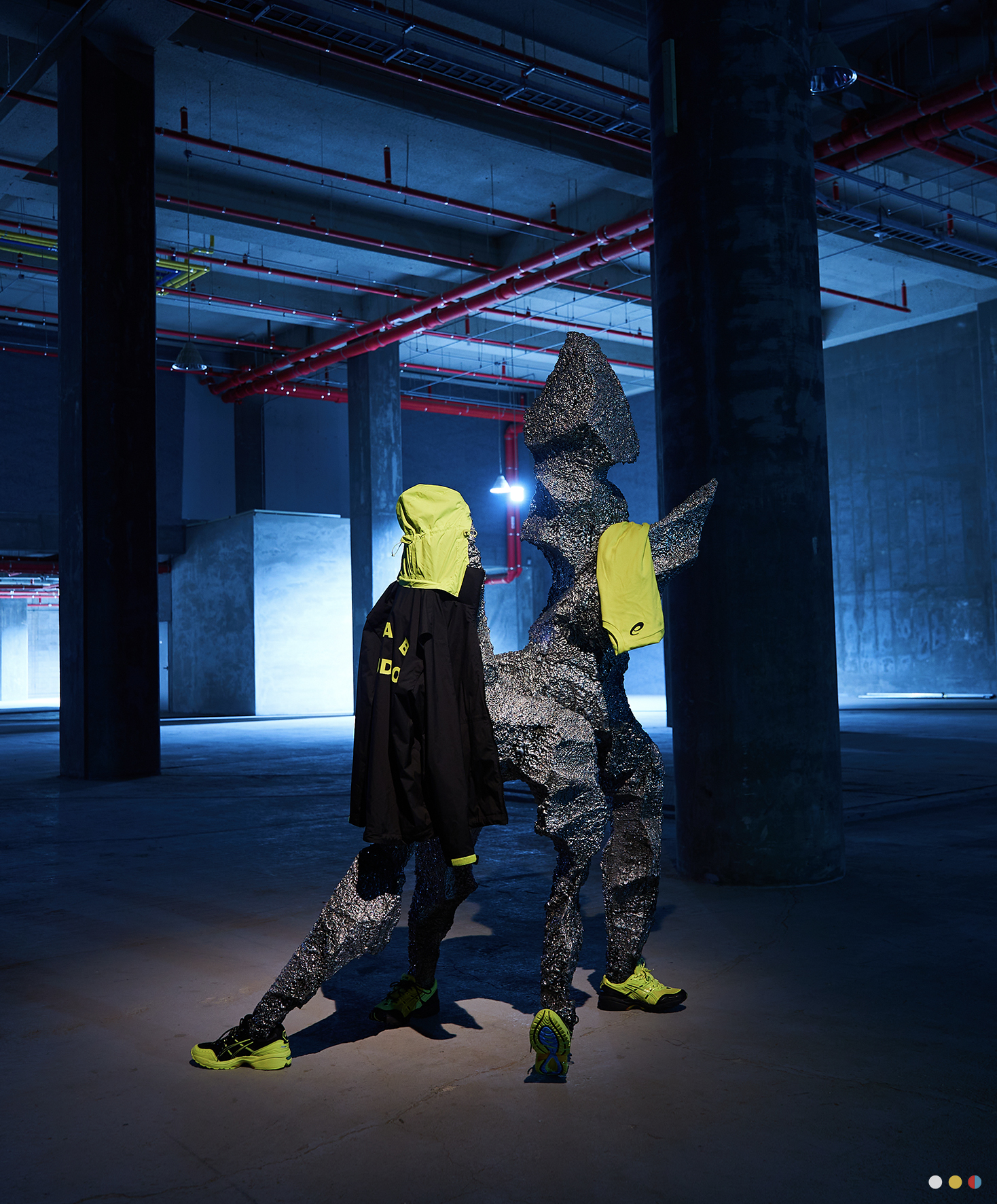 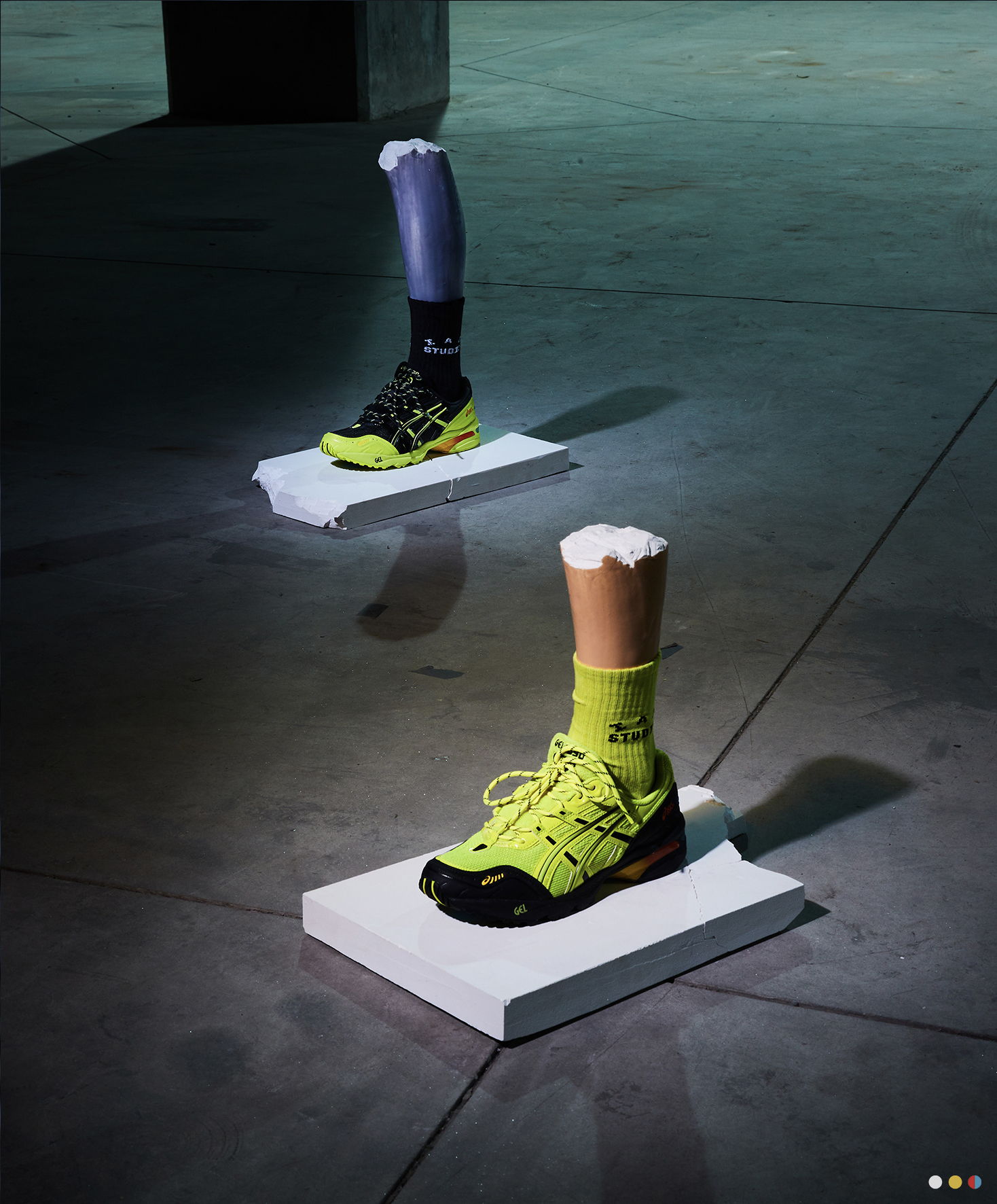 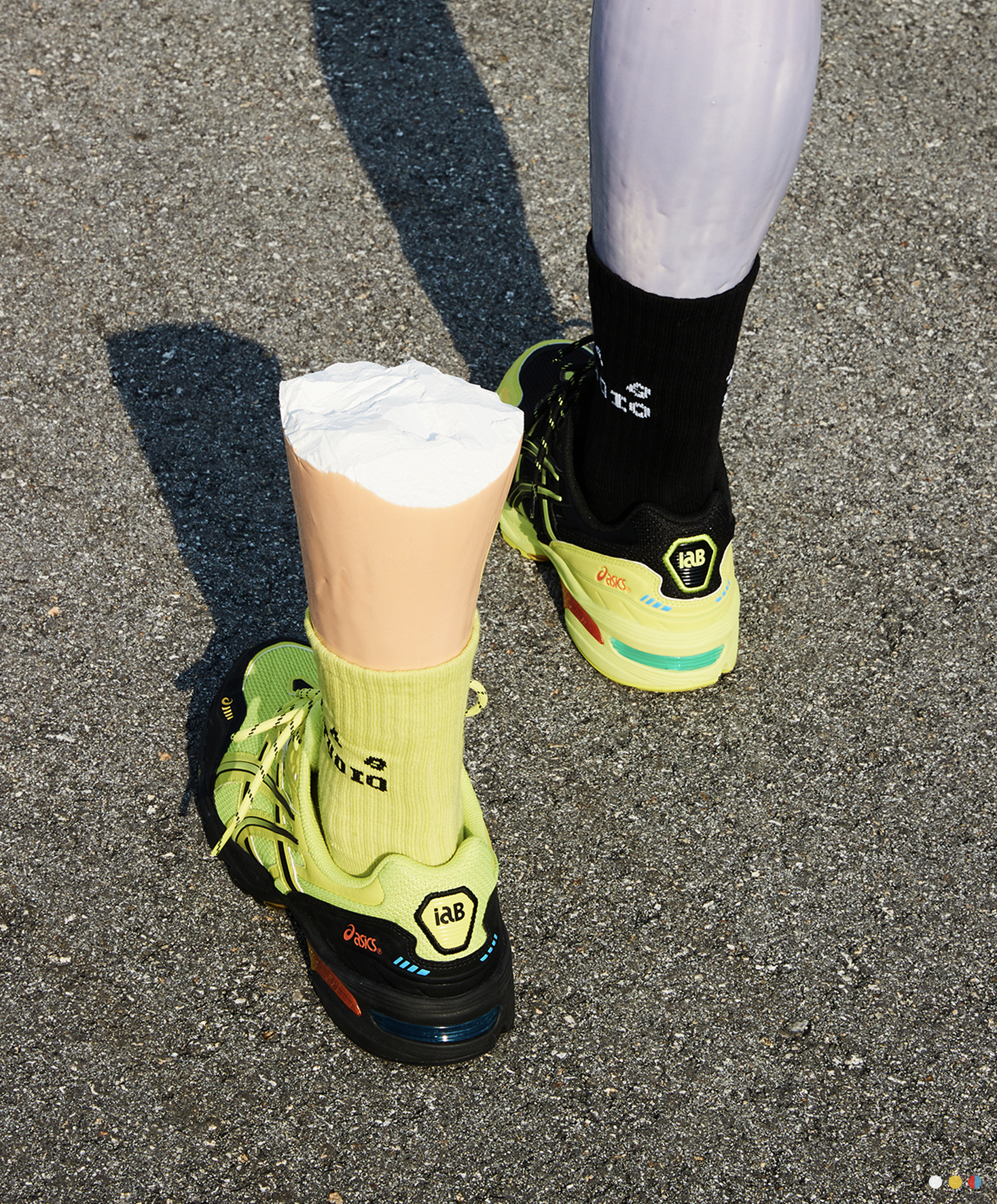 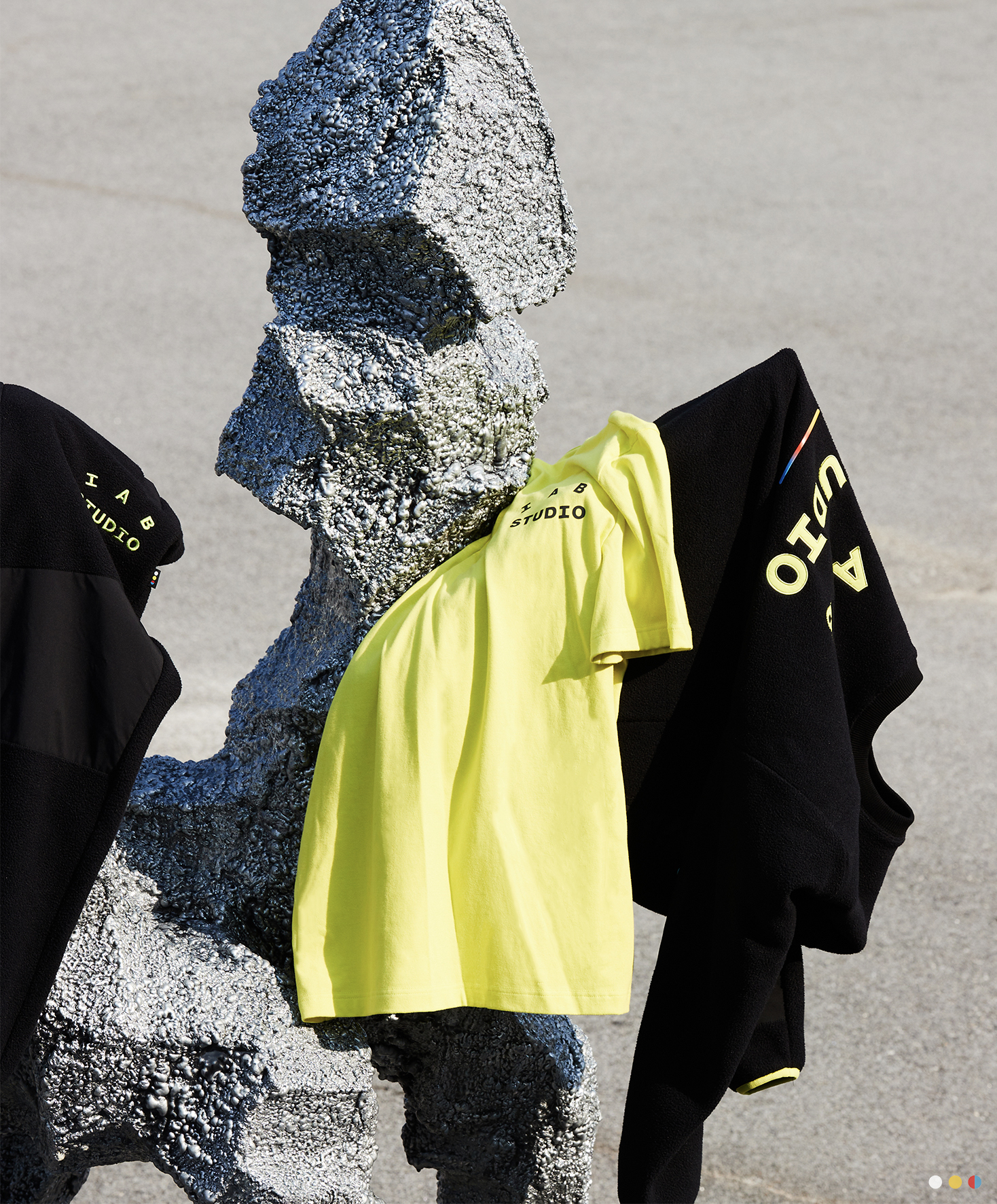 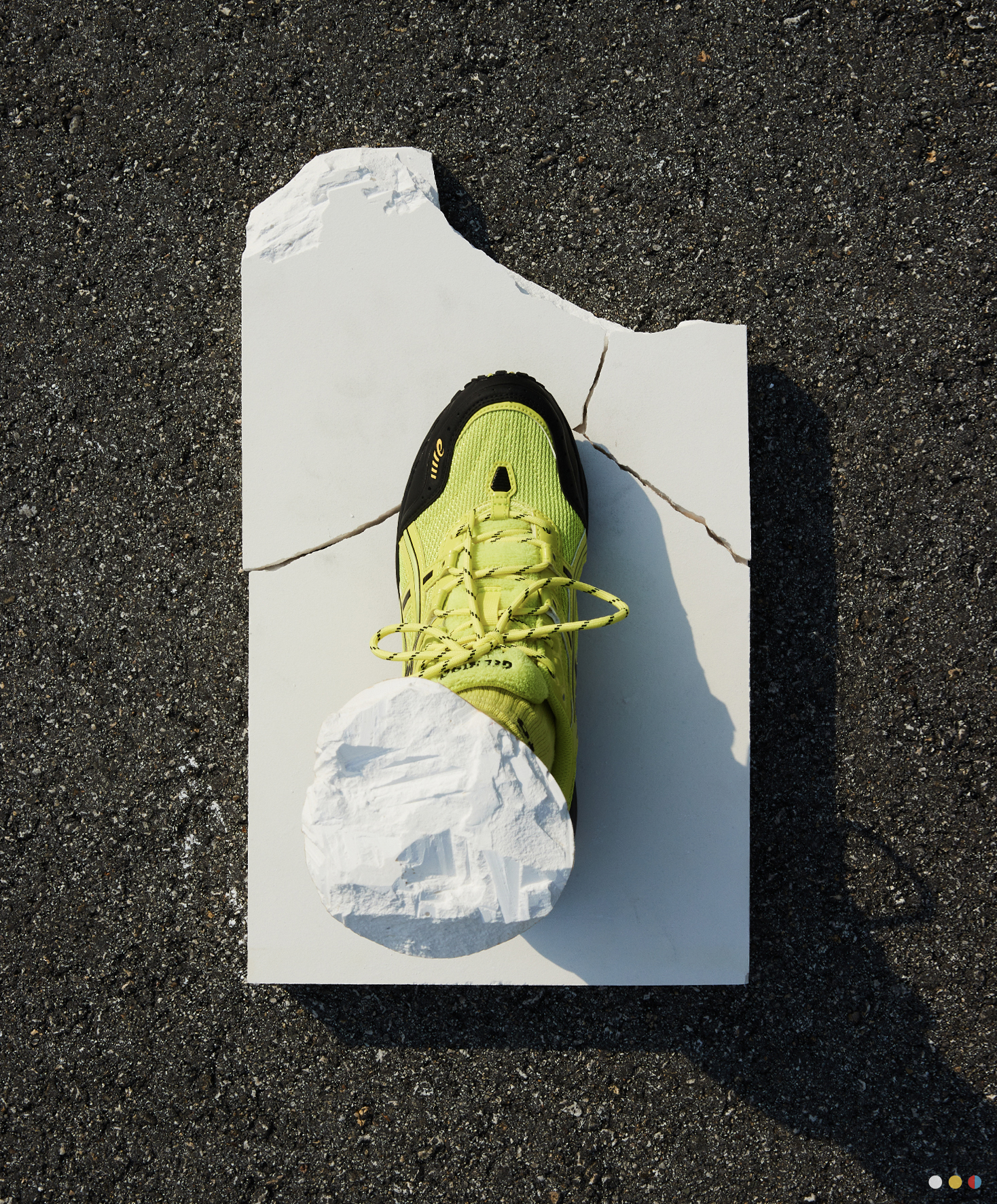 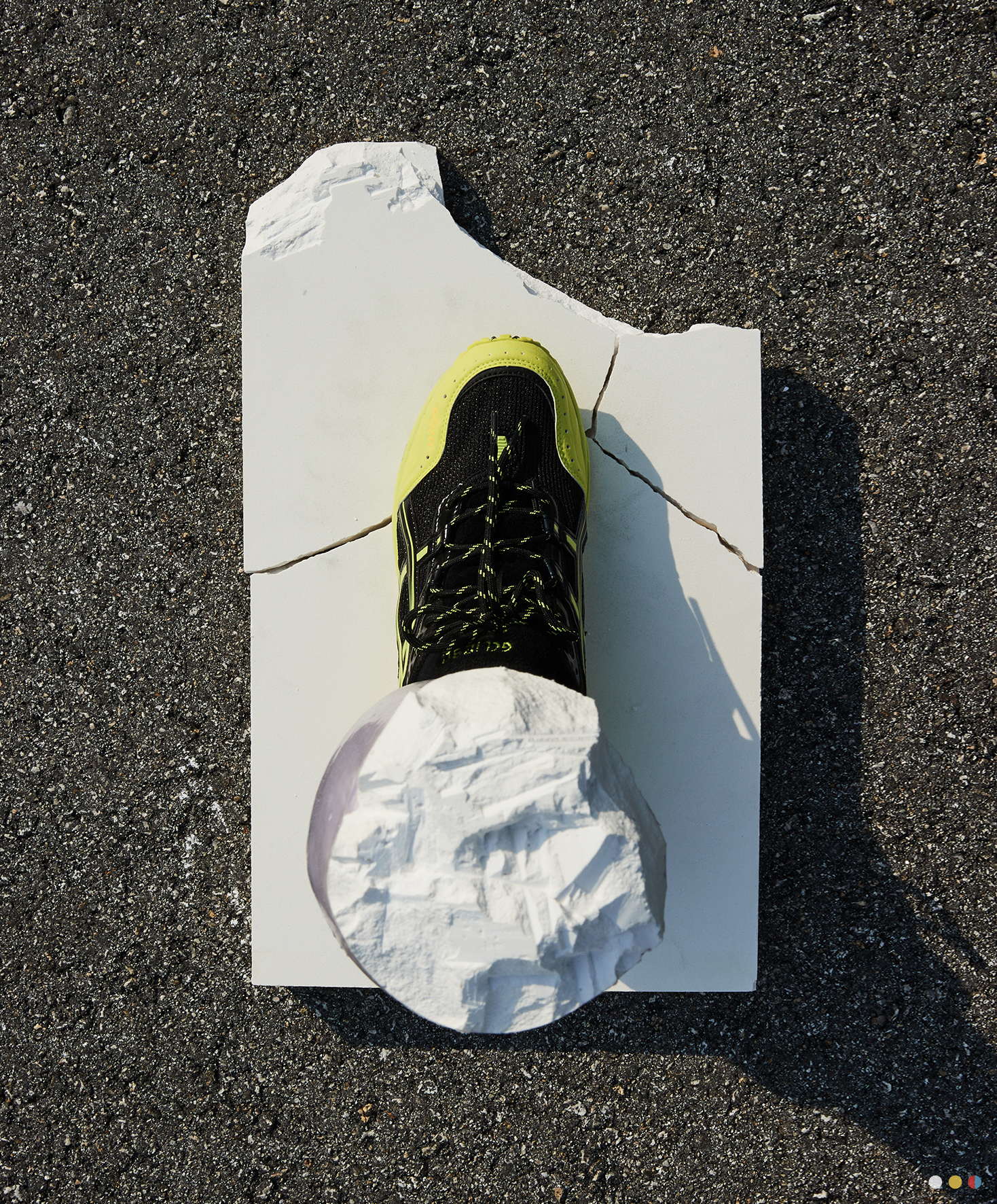 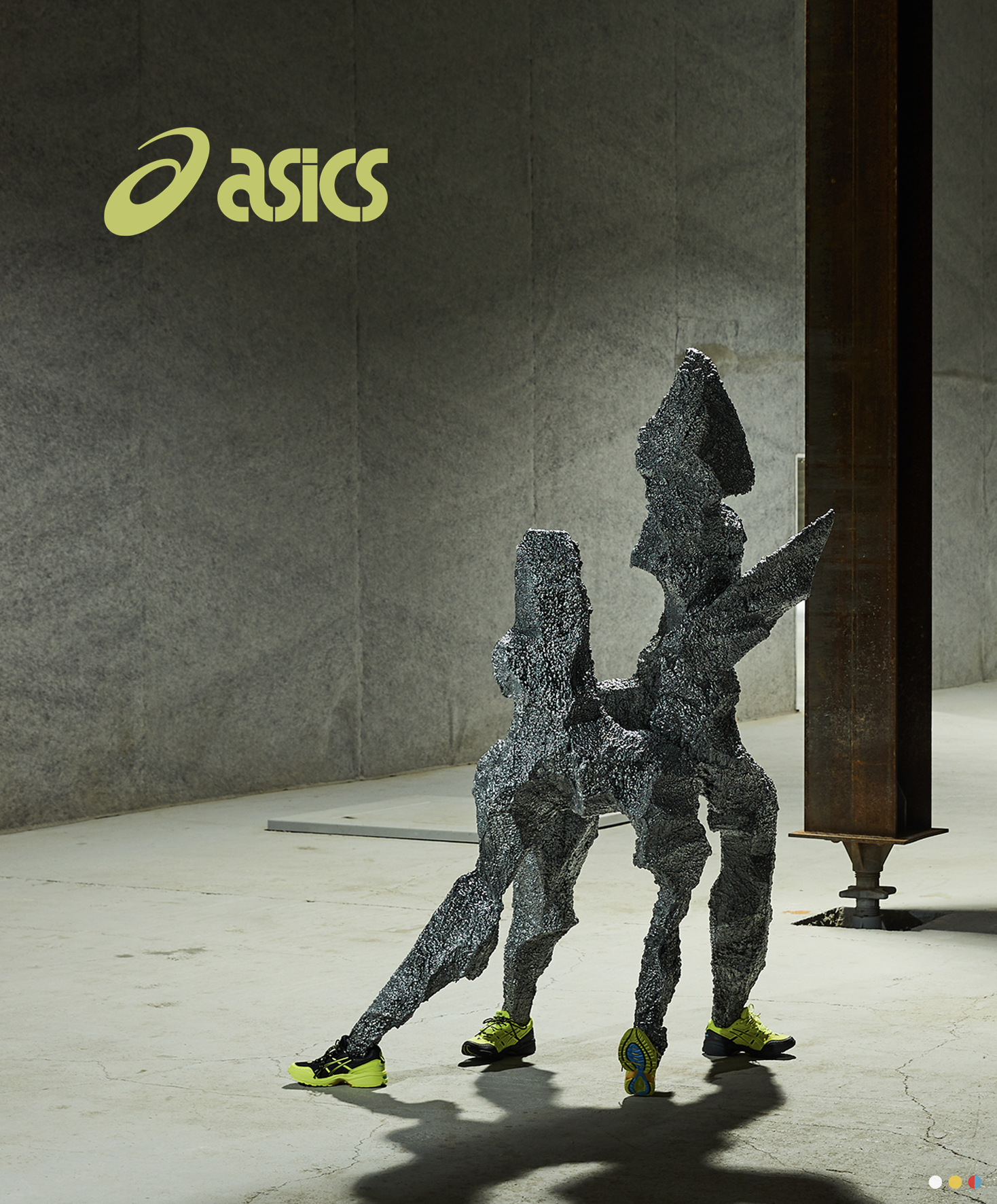 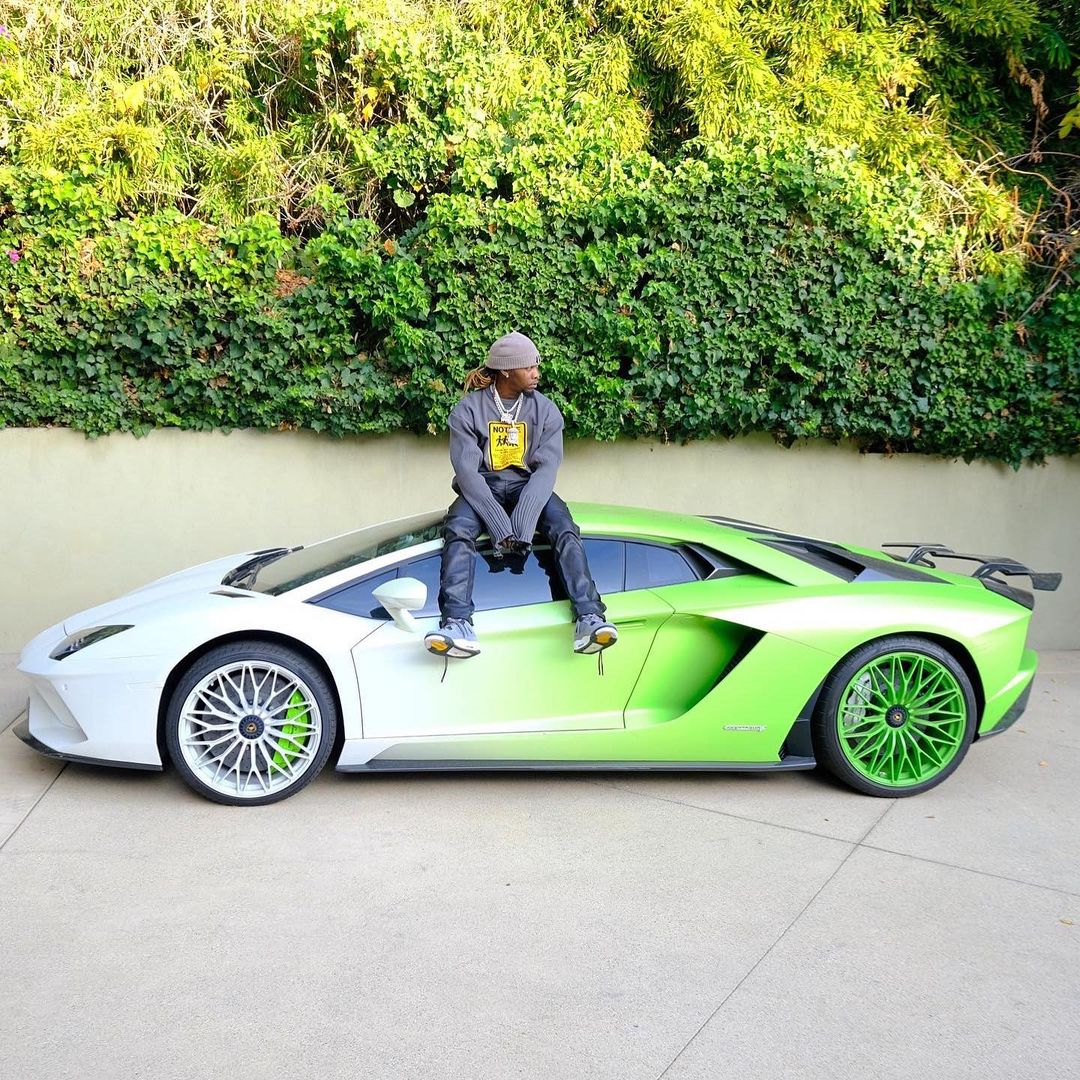