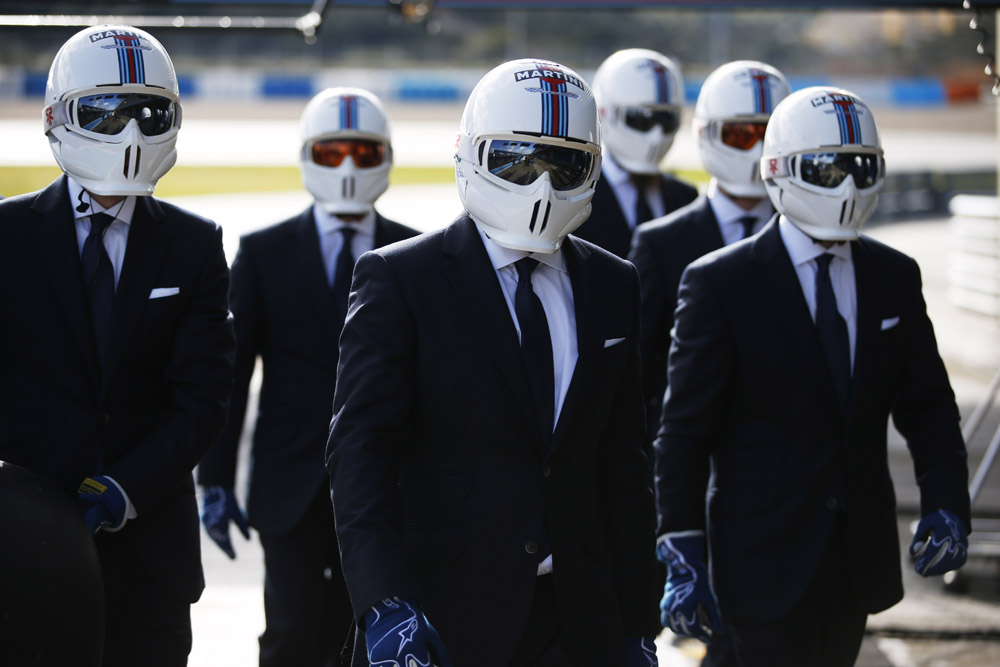 Sartorial style briefly stepped onto the usually noisy and rubber tarnished pit lanes of F1 when Hackett London transformed the Williams Martini Racing Team into the sharpest dressed pit crew to ever grace the hallowed pit lanes of F1 motorsport.

17 members from Williams Martini Racing, all looking the part, went through practice completely decked out in Hackett suits, shirts, ties… and of course, white pocket handkerchiefs.

Replacing their usual ‘all in one’ overalls for something a lot more elegant the team must have been suitably inspired as they improved their times with every practice. The crew’s skill and dexterity was further illustrated with each member managing to keep their tie straight and true, just like their pit stops. Let’s not be too surprised if, in the heat of battle, the crew march into the pit lane in Monaco dressed as they are to suit the occasion.

Hackett London is the official clothing supplier to the Williams Martini Racing team from the 2015 season onwards and in celebration of the partnership, Hackett have produced a limited edition replica kit range featuring Hackett x Williams Martini Racing branded team shirts, t-shirts, polos and outerwear, as worn by the team themselves. As you would expect the renowned and recognized Martini racing stripe features strongly throughout.

The Williams Martini Racing range will be available prior to the first race of the new Formula One season on WMR.com and appear in Hackett’s Regent St store in May. 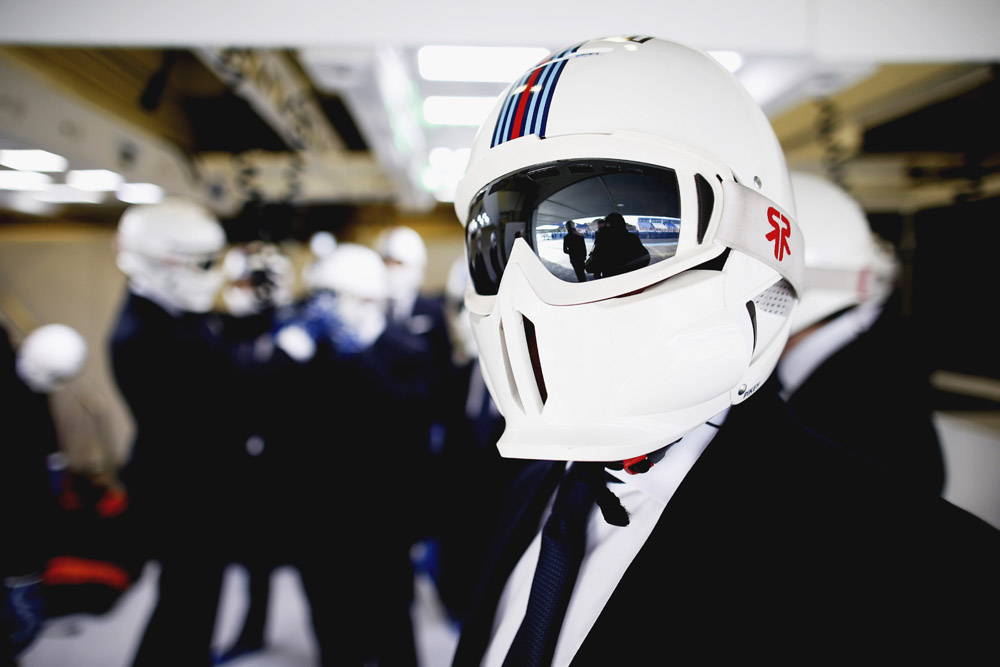 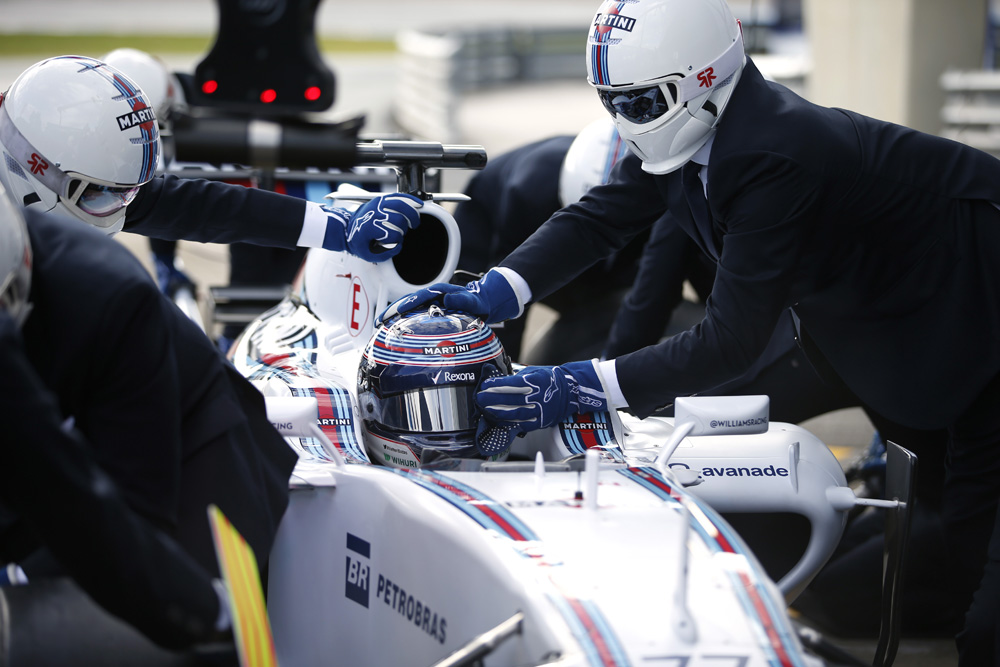 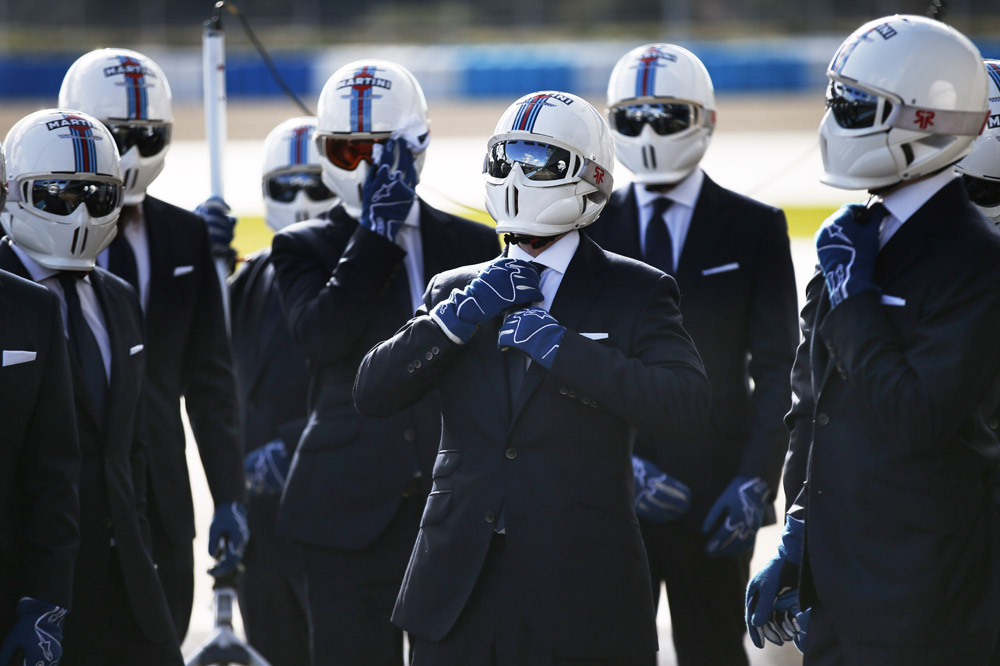 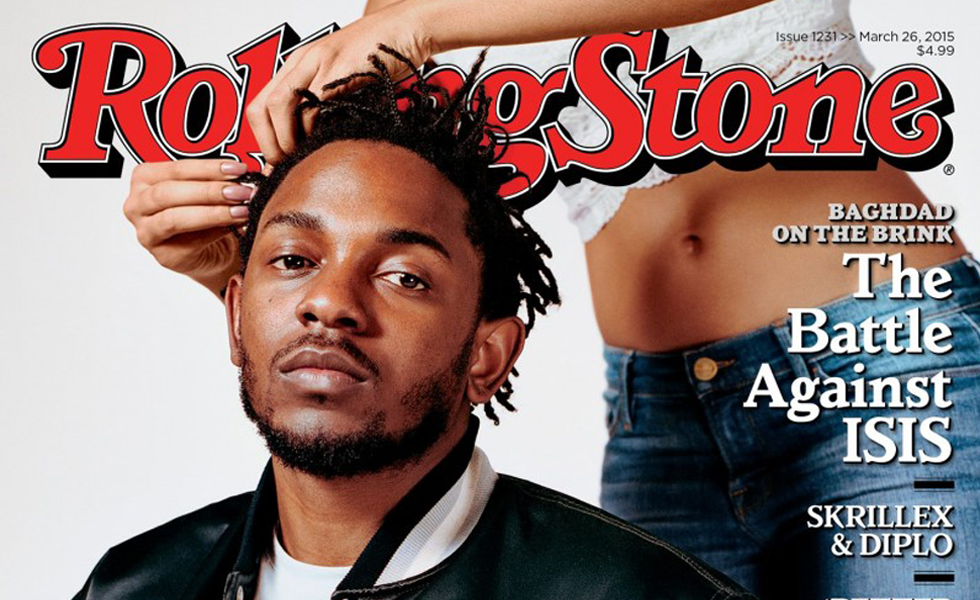