Air Jordan, a truly iconic brand that has led sneaker innovation since its very first offering. 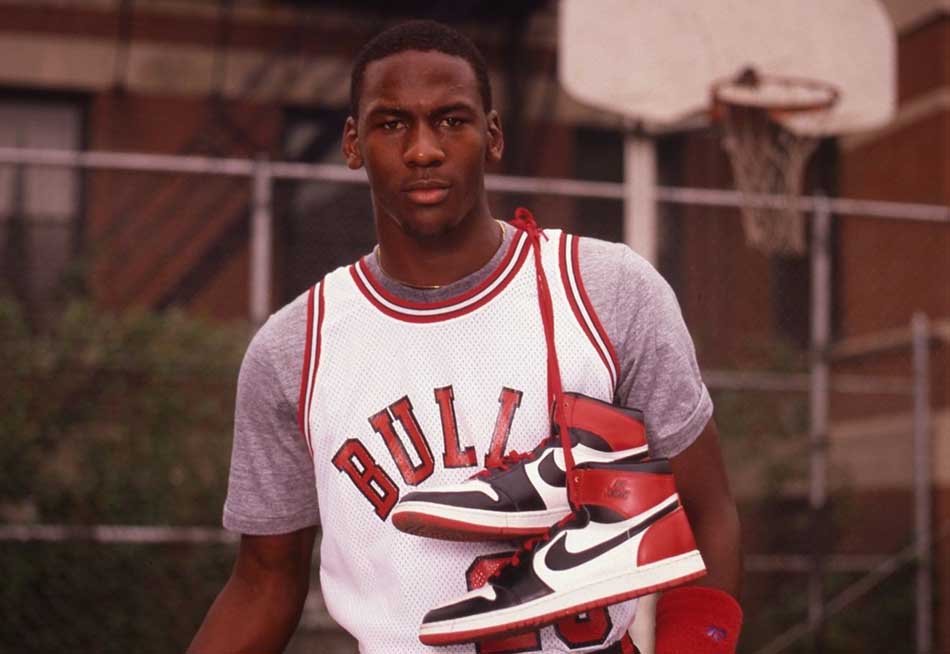 During Michael Jordan’s collegiate basketball career in North Carolina, Jordan exclusively wore Converse. His coach, Dean Smith, was paid around $10,000 to put the brand on the player’s feet. At the time, players such as Magic Johnson and Larry Bird wore ‘Chucks’ but the 21 year old Jordan was dreaming of something German.

Whisper it quietly, but ‘His Airness’ was waiting not for Nike, but for Adidas.

However, after company founder Adi Dassler died in 1978, the company was in a state of flux and missed an opportunity to seal the greatest player ever play the game of basketball. Jordan was very disappointed.

During his last year as a college player, a meeting was set up between Converse and Jordan in an effort to sign the athlete.

Converse’s Head of Marketing at the time, Joe Dean, told ESPN that Jordan was impressed by the pitch and was offered a financial package of $100,000 a year which matched that of leading players at the time.

However, when asked by Michael’s father, James, if they had ‘Any new, innovative ideas?’

There was silence and from that point on, Converse had no chance. The brand was beginning to lose its lead in the basketball market and were slow to adopt leather and new technologies.

In February 1984, the company registered its first ever quarterly loss and desperately needed a face for its brand.

Nike offered $500,000 a year with the clause that Jordan had to win either: Rookie of the Year, become an All-Star or average 20 points per game in his first three years. Jordan agreed and the Air Jordan 1 was born in 1985.

Jordan was selected third in the 1984 draft by the Chicago Bulls. Chicago are currently fifth favourites to win the Eastern Conference this year and the Warriors look set to collect their second consecutive NBA championship, the latest odds are live at Betway.

In 1985, Nike gave the great number 23 his own line of signature sneakers and a unique winged logo. 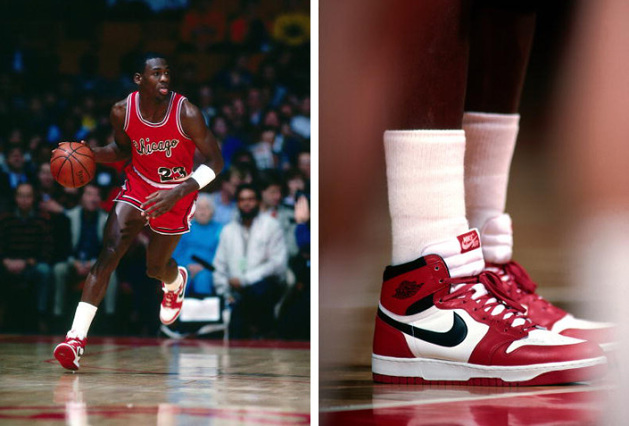 Nike designer Peter Moore, was handed with the daunting task of designing the first ever Air Jordan. The shoe had a familiar look, similar to that of popular Nike models released in the 1980s such as the Air Force 1. The Air Jordan 1 featured padded foam ankle collars for additional protection and the revolutionary Nike Air unit for heel cushioning.

AJ 1 lacked technology, yet the colours and cultural significance set the sneaker industry alight. It was truly revolutionary.

During the 1985 NBA season, Michael wore his new shoe, which retailed for $65, making it the most expensive on the market. The shoe was banned by the NBA because of its colourful nature and he was fined $5,000 for every game he laced them up. Nike gladly footed the bill.

Sneaker-heads everywhere love throwback, retro models and Air Jordan do not disappoint. This coming spring, Jordan will be releasing the Air Jordan 1 Retro KO High Sail and the Air Jordan 10 Retro NYC in a blackout colourway.

The Air Jordan 1 Retro KO High Sail is a clean, classic Jordan kick which features a canvas upper, complemented with red leather Swoosh branding alongside and additional tagging on the tongue and collar. The shoe is a clear nod to the past and the fact that these models are still in huge demand and still look as fresh as ever, is testament to His Airness and the designers at Nike. 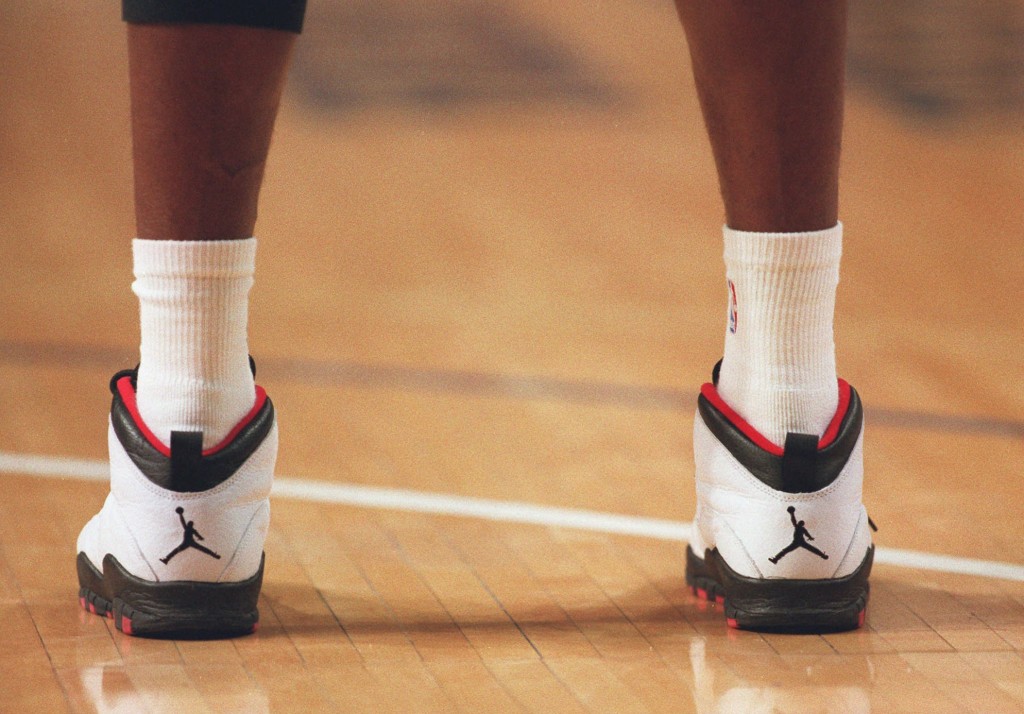 Both Converse and Adidas had the chance to sign the greatest of all-time and must regret their missed opportunity to this very day. 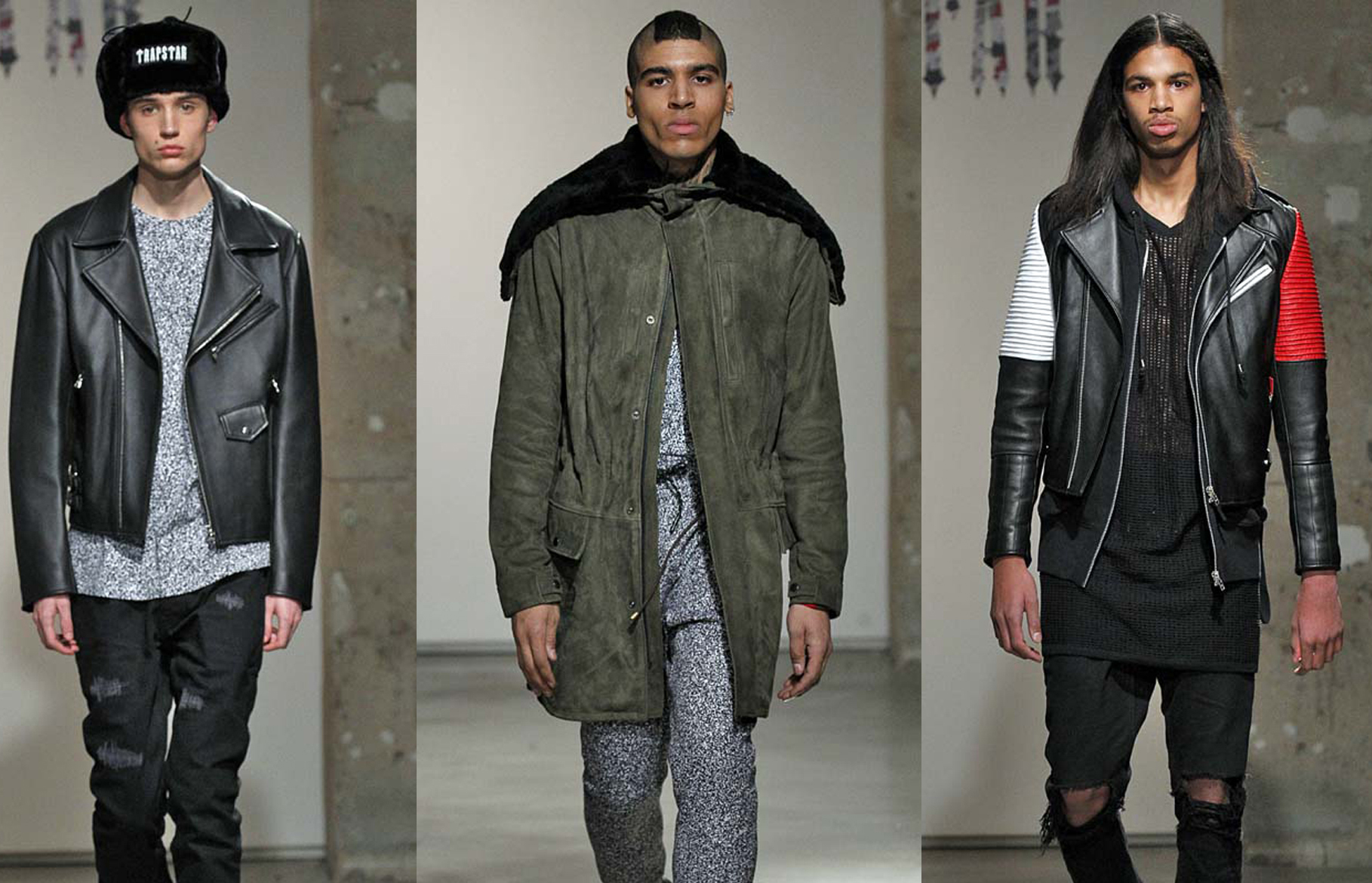