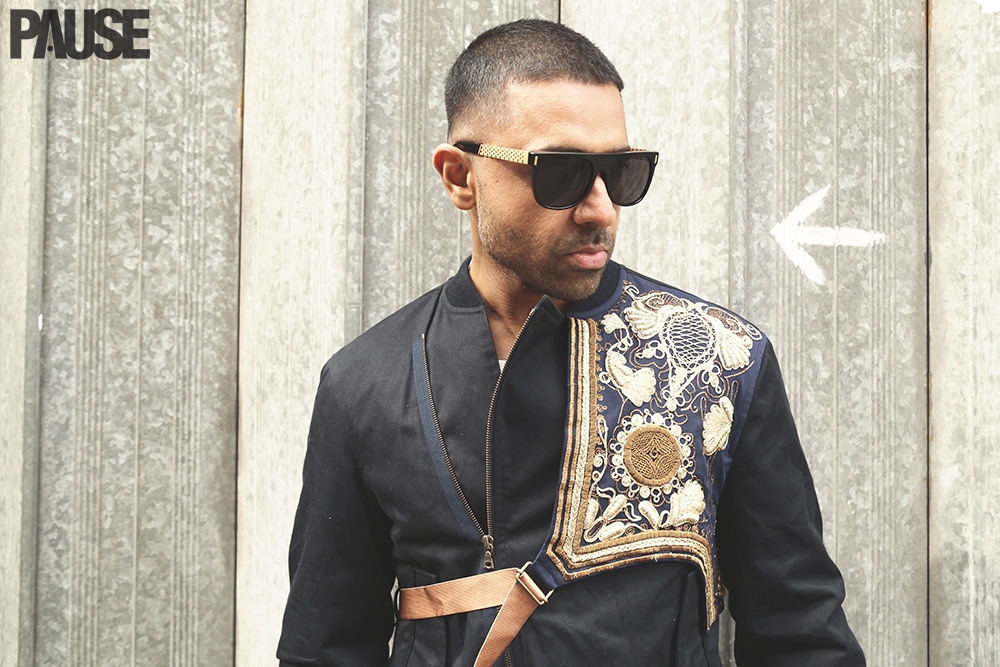 Meet Jay Sean,  British singer and songwriter from West London who managed to take his career internationally across the globe. Hitting the charts after charts, Jay has embarked on many successes within his music career. We at PAUSE got a chance to catch up with Jay Sean to discuss all things music, fashion and the keys to becoming successful.

Your career has been a rollercoaster, and you’ve achieved a lot over 10 years, what is the key to becoming successful?

For me personally, speaking about my particular journey is of course is my unique story. But one of the first things I learnt was, for me, it’s the rocky shit, it’s the rocky story. Life is never going to be always rosy, it’s never going to be uphill or the way you want it to be. But if you have that belief in yourself and dream that you’re not willing to let go of that’s really what it is for me. I’m just very stubborn when it comes to accepting no in my career and I refuse to accept mediocrity, that’s the one thing I’ve always set to believe. It’s about always trying to push myself and never accepting mediocrity is the key for me.

There’s never a point where I would say oh no that’s enough, that’s enough success. You never know how much more you can achieve and the way I look at it is, this is all we got. We don’t know if there’s an afterlife and if we get to come back to earth again. If this is all I got man… I want to live my life to the max and to the fullest! Make something out of myself.

You were brought up in West London, like myself, what part of West did you grow up in and how has London influenced your music?

I think I had a whole lot of influences. The area that I grew up in is a very heavily Indian populated area [Hounslow], obviously Indian music has its own thing. You have your Bhangra and your Bollywood stuff. If that was all I lived in, maybe that would have been the main type of music I would have just listened to and the kind of clubs I’d go to. But I had that influence because of the Neighbourhood I grew up in also I to wanted to go Latimer in Hammersmith, it was only a 45 minute journey, all my friends were mixed. I had black friends, white, mixed, Asian – so there was a mixture of influences. Hip Hop and Urban music is what shaped me. Everyone around me listened to the same shit.

Do you think that allowed you to break out from your neighbourhood?

Really the key for me in being able to succeed in media, you have to be able to relate to being from all walks of life, you have to. You can’t be so niche because not everyone will be able to relate to you. I’m not saying everyone isn’t capable of doing that, but I was capable. I went to a school that had a bit of everyone and yeah it was a smart school and you had to be smart to get in but we still had diversity, not everyone was the same it was very very mixed. 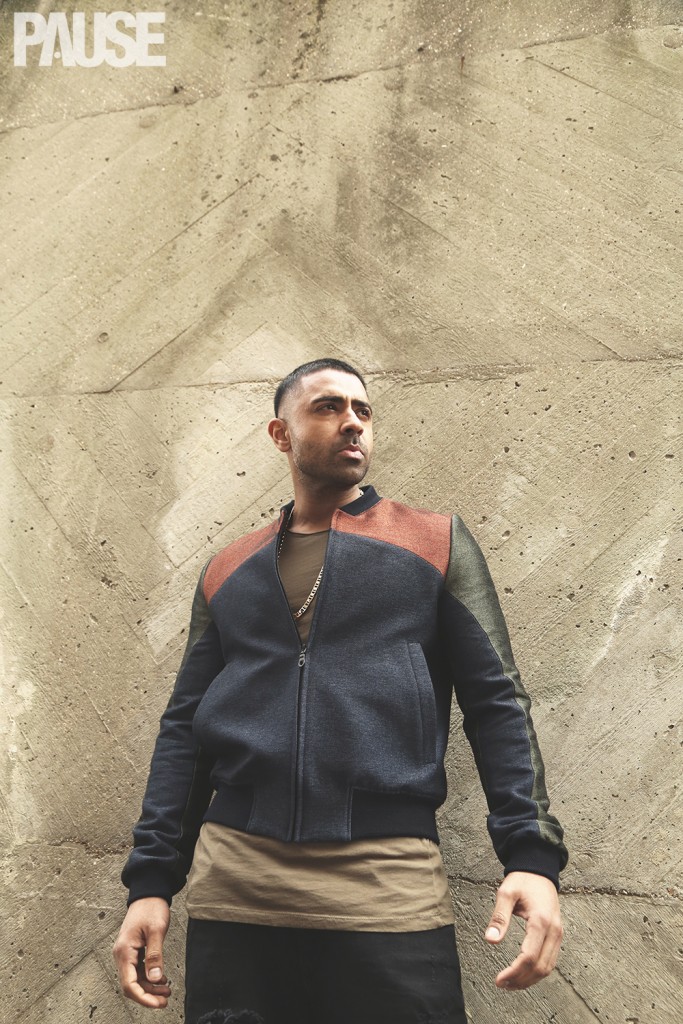 Tell me about your musical upbringing, when did you start singing?

I think really probably around the age 13/14 when I was making mixtapes at school. I actually started rapping, believe it or not. Rapping is what I started doing; I was heavily into Hip Hop. Me and my cousin had a group, I had a DJ at school back in the day when we had TDK and sets. We use to record and play at the same time. This was 20 years ago… 20 years ago we were buying records from HMV from Hounslow, Slough and all of that. Instrumentals… that would spread around my school and then I started learning how to construct songs from then. I was spitting [rapping] first, but then I was like it’s not a full song. So I would listen to stuff that had choruses, then I’d start singing on the choruses. I didn’t know I could sing. I enjoyed singing but I thought I was a rapper more than anything. Then my friends were like “Yo man, you should do more of the singing stuff, it sounds good” So then I started writing verses, then eventually I started writing songs and that’s how I learnt how to song write. 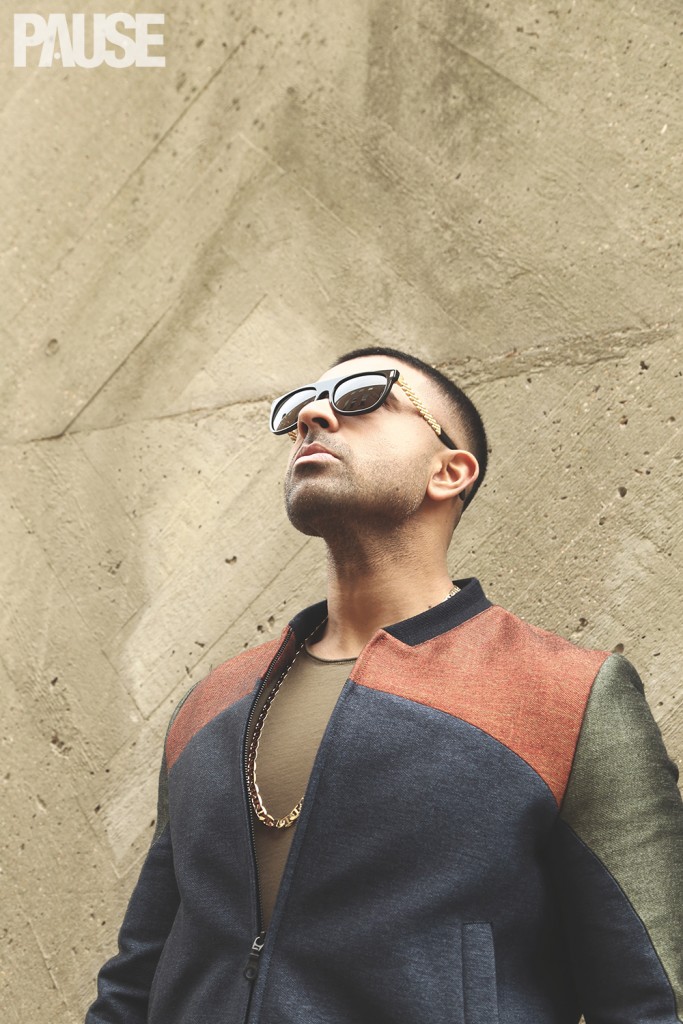 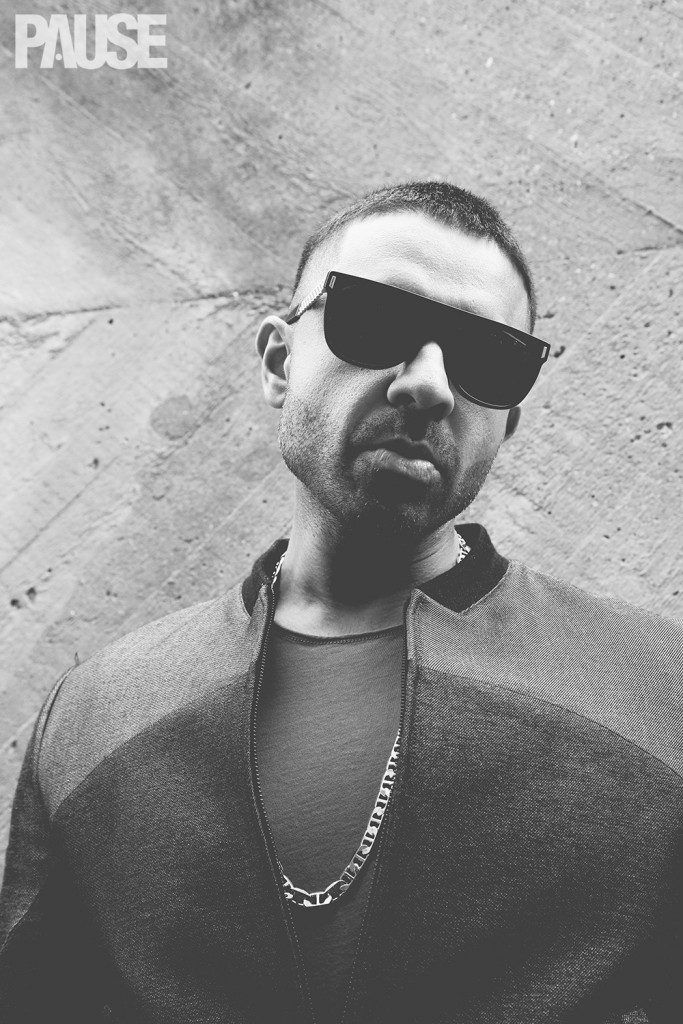 One of my favourite single’s of yours has to be “Down” with Lil Wayne which topped the Billboard Hot 100. How did it feel to be a UK act back then to break into the American market?

It was mental man…

Did your life change a lot?

Yeah instantly! Imagine just being the biggest song in England, and then having everyone in England know that song, and know who you are. Then imagine that times 50. USA is 50 states, that’s f*cking massive. It’s 50 times the size of England. You can drive for 6 hours and your still in New York. We can get to Scotland in that time [laughes]. So you know, it’s insane the amount of work and ground level I did that was insane. But it was a really beautiful moment to say that, coming from a small little place like Hounslow and having the number 1 record in America was just insane.

Do you remember featured Sean Paul… And Now you’ve just launched your recent music video ‘You Make My Love Go‘ with Sean Paul – What made you guys collaborate again?

It was just a winning formula; it wasn’t something we had planned. Do you Remember was such a big record and obviously me and Sean Paul have kept in touch with the boys. We did a lot of shows overseas together and that. Then when I wrote this song Make my love go, I wanted to incorporate a bit of Reggae and Dancehall influence into it because that’s also something I grew up on. I was like I want to make people dance but I don’t want to do it in a cliché type of way. If I’m honest I don’t identify with that as much as much as I do with the stuff I grew up on. So I was like “Yo how can we make this move, I want to do something sexy with a bit of a Dance hall vibe” and that’s the first time I ever did a song like that and then of course the first voice I heard in my head was Sean Paul, so I sent it to him and he was like “Yo this song is mad” he called me back and we were like “Boy, let’s get this done, let’s do it again!” 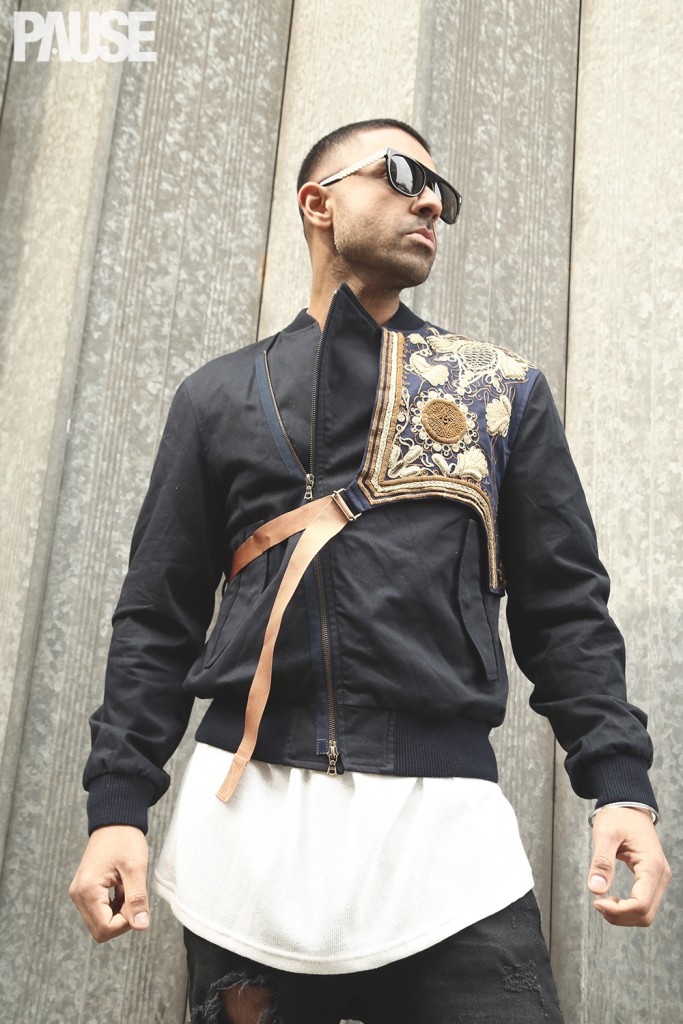 Currently a brand ambassador for Monster headphones and Five Four Clothing – Do you think it’s important for an artist to be involved in fashion? And why?

I don’t think it’s necessarily important; some people might not need to. I don’t think Adele needs to care, I don’t think Ed Sheeran needs to care. He don’t give a two f*cks. He doesn’t care at all, but that’s him and that’s what he does. Then you look at your other people like your Kanye’s and that are all up in that world. Rihanna… I think for me, it’s just about multilevel platforms. I don’t like to stay in one bubble, in one niche. I like to diversify in other aspects. Some people in the fashion world that might not listen to my music but they might be like “Oh, I like this guy, he’s got some style, who is he… oh shit I didn’t know that was him, oh I like his music”

Rihanna is a classic example, she didn’t have a record out for three years but she’s still hot. She’s still in the papers and people are still talking about her. It helps you to be in the public eye in different ways, but only if you’re into it. For me as an artist I do like dressing and looking slick and sharp. It’s not just about the voice, I like to look the part as well. 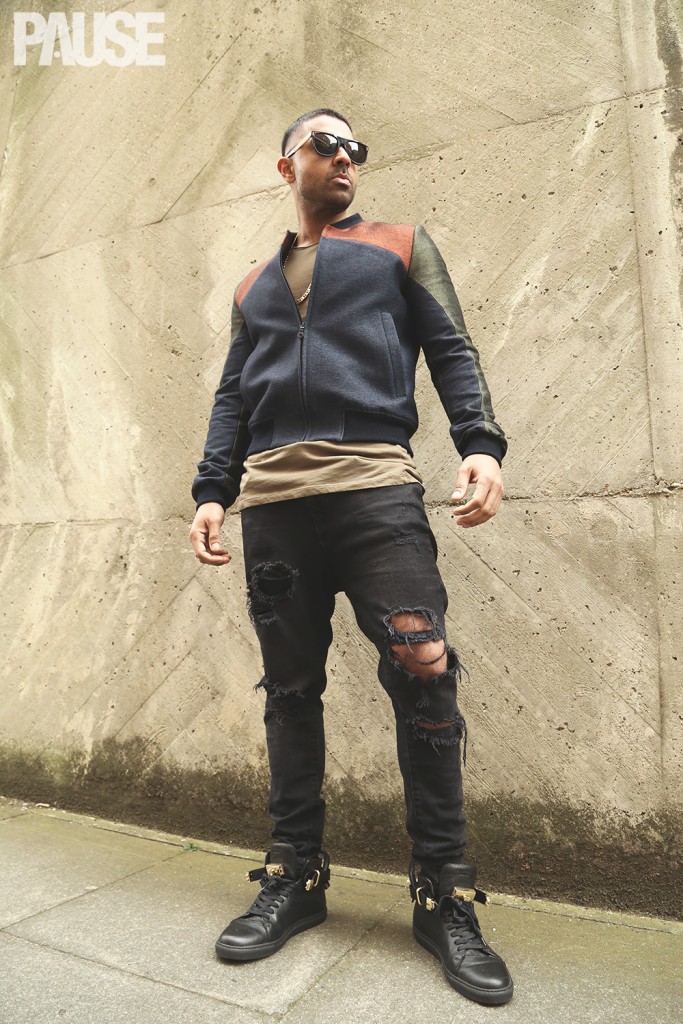 What is your staple item for your everyday wardrobe?

For me it’s accessories, I would always pretty would wear something gold. That’s what I like to accent my shit with, I love that. Maybe it’s the Indian in me [laughs] I love that.

It’s for me… How I dress is for me, let’s just say… Personal.

What would people never catch you wearing and why? 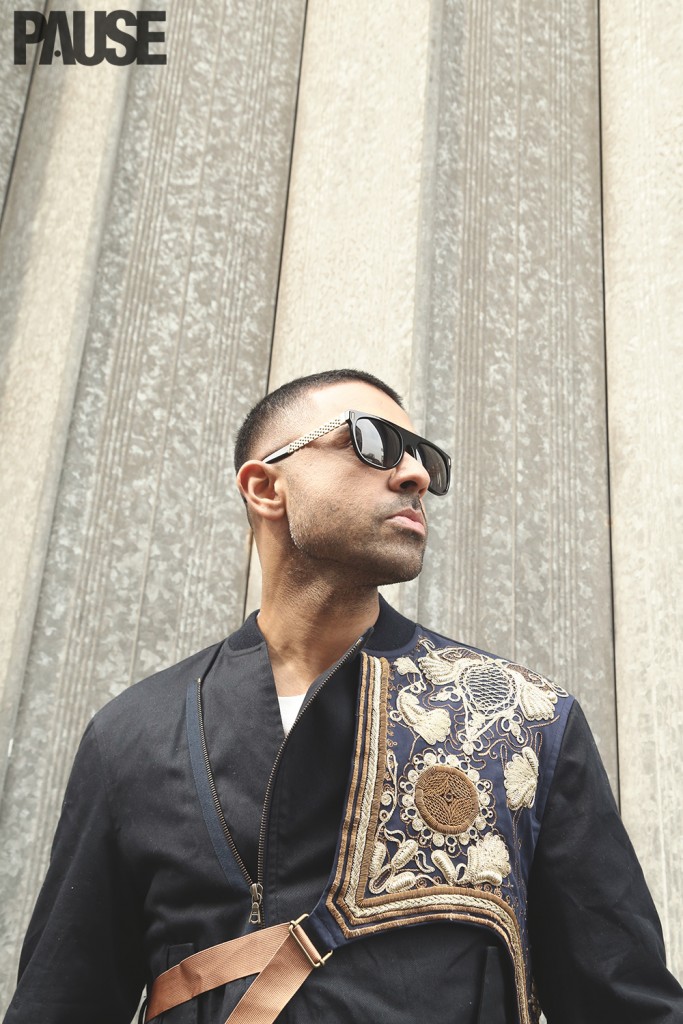 You are also involved in a charity, tell us a bit more about this?

There are a couple of different charities. My medical background I don’t know if people know about this, I was going to be a doctor, and I did 3 years in medical school before I got signed. That never leaves me; my involvement in medical interest is always there. So getting involved with charities like Keep a Child Alive helps me to be able to still feel like I could actually contribute to that part of my life that I never actually got to fulfil.

Do you now feel it’s important to give back?

Absolutely. I think if people realise how unnatural of the way this career is. I spend every day of my life talking about myself, like I am doing right now. Then you go to a club and you’re given free bottles. You got to a place and they’re gifting you shit when you can afford it. Everything is like give give give, take take take. I don’t feel comfortable with that. I feel like there needs to be a balance somewhere. I believe personally speaking if you’ve been that blessed, give something back man. For sure! 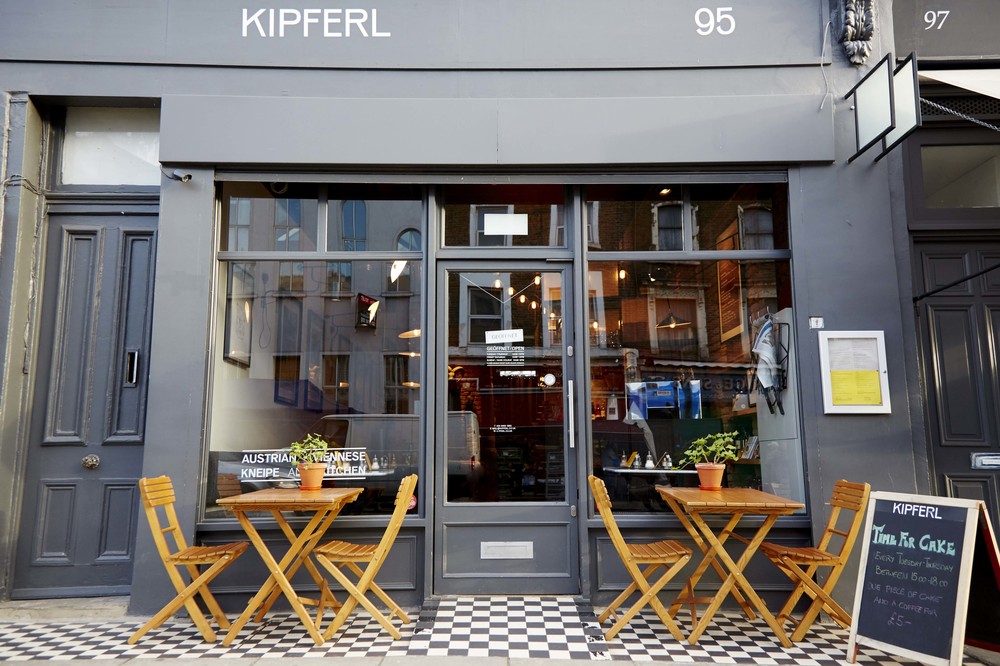