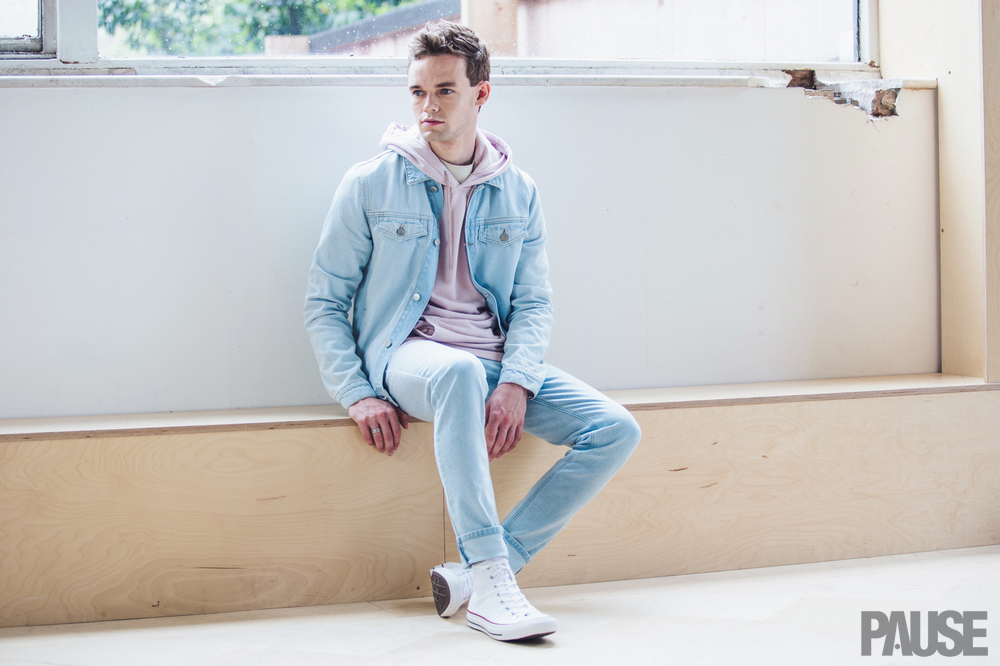 Once again, Youtube has proved it’s A&R prowess with the discovery of British singer/songwriter James TW When US musician, Shawn Mendes, spotted his British counterparts song covers on YouTube, he immediately set up a meeting with his record label. Shortly after, James was signed to Island Records and now has both an album in the works, and a world tour to continue.

PAUSE got the chance to sit down with the Warwickshire based lad to talk music, fashion and more.

For PAUSE readers who mightn’t have heard of you yet, tell me a bit about yourself.

Sure! I got into music at ten years old. My dad plays guitar in a wedding band, he had bought a drum kit as he heard it was good for stress – I took to it and loved it.

One night, the drummer from my dad’s band couldn’t make it to a show so they had a choice to either let me play, at ten, or cancel the show completely – they let me step in. The drummer was a little insulted and never came back, I became the drummer of my dad’s band for the next 5 years or so.

Over that time, I really felt what it was like to be in front of people, to be a performer, to entertain people and that’s where it all started really. Come twelve or thirteen, I picked up guitar and piano and started playing more instruments and it slowly became more of a solo thing. But I started as a drummer – when there’s a band on stage, I still love to play the drums. 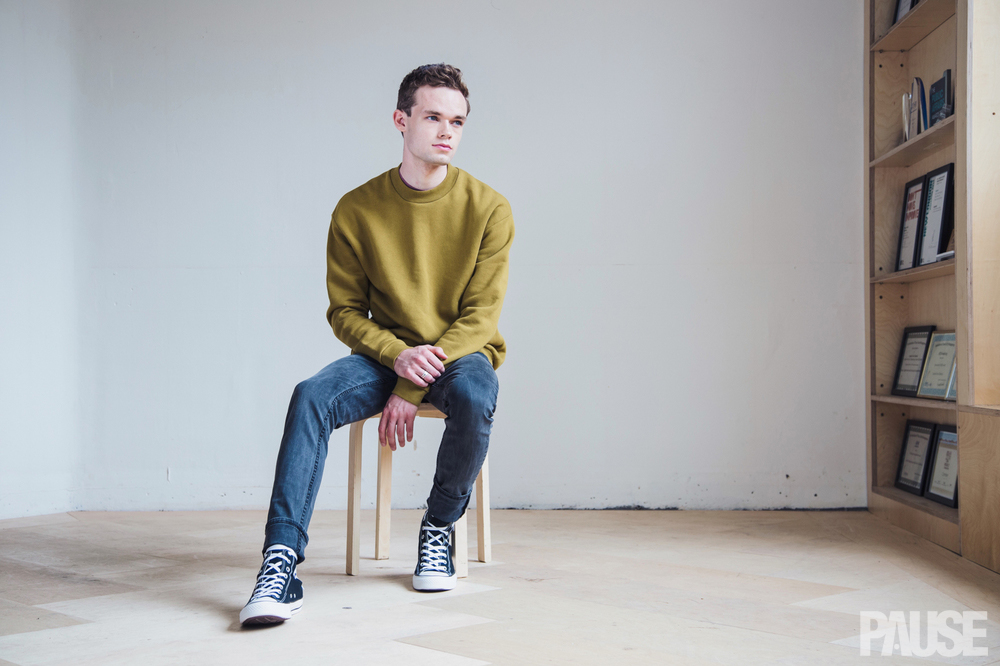 Where are you based?

I technically live with my parents in Warwickshire, which is just north of London. I’m ready to move out now though, I’ve told them – they’re not very happy about it ha. So that will be a big step soon.

How did you move from drumming into singing?

It was my dad really, as I was getting into guitar he would have me singing at the same time. Then I started putting covers on YouTube of Damian Rice, Maroon 5 and other artists I like. I guess you could say my dad has been my biggest influence really and I owe him a lot.

So since then, what’s been happening…

At about fifteen, I gradually started singing rock and pop stuff in pubs by myself, then people would begin asking me to perform at their parties and weddings and stuff in venues. After, venue managers would approach me and ask me to come back on a regular basis. Pub crowds are tough – they really give you a thick skin.

“I guess you could say my dad has been my biggest influence really and I owe him a lot.” 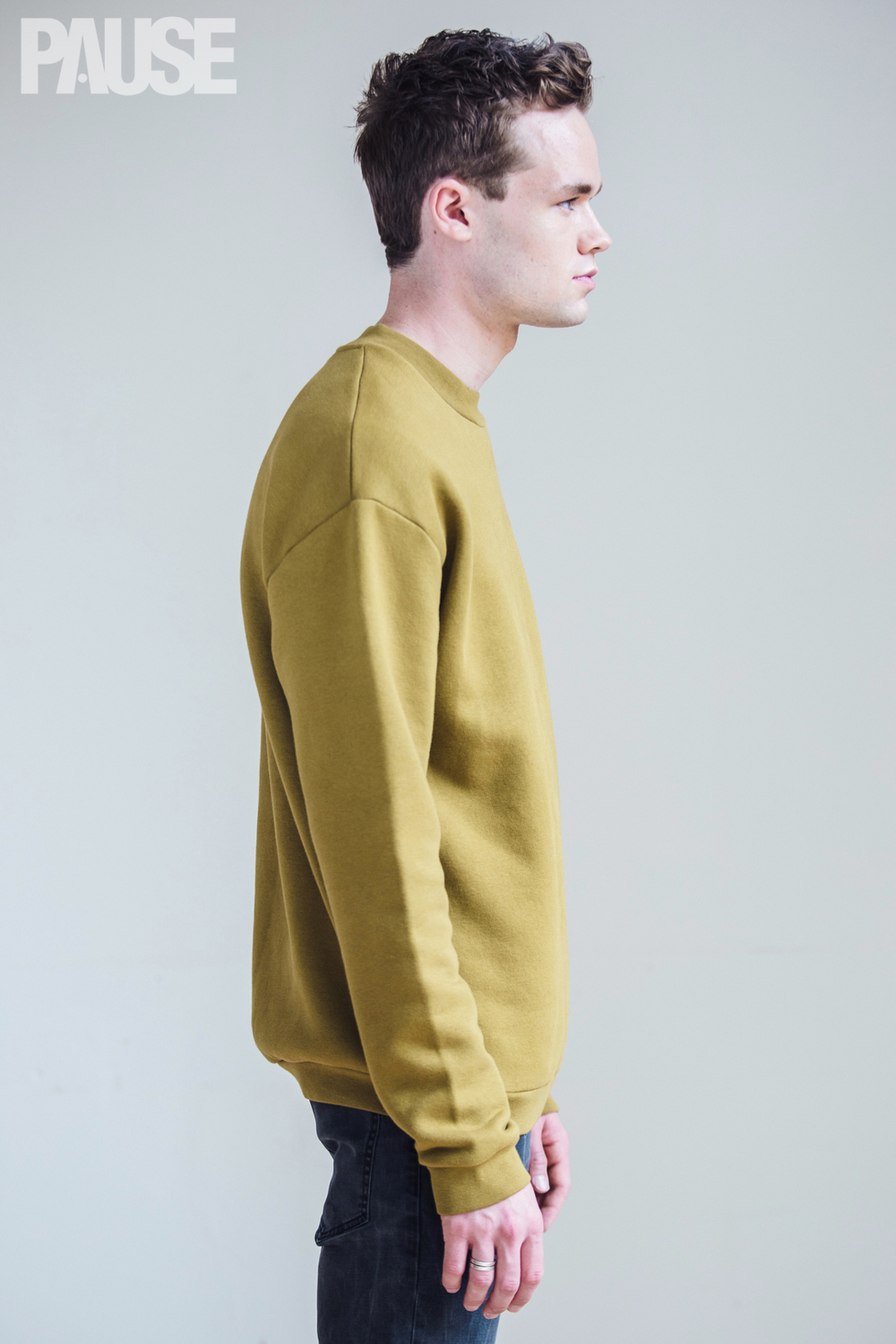 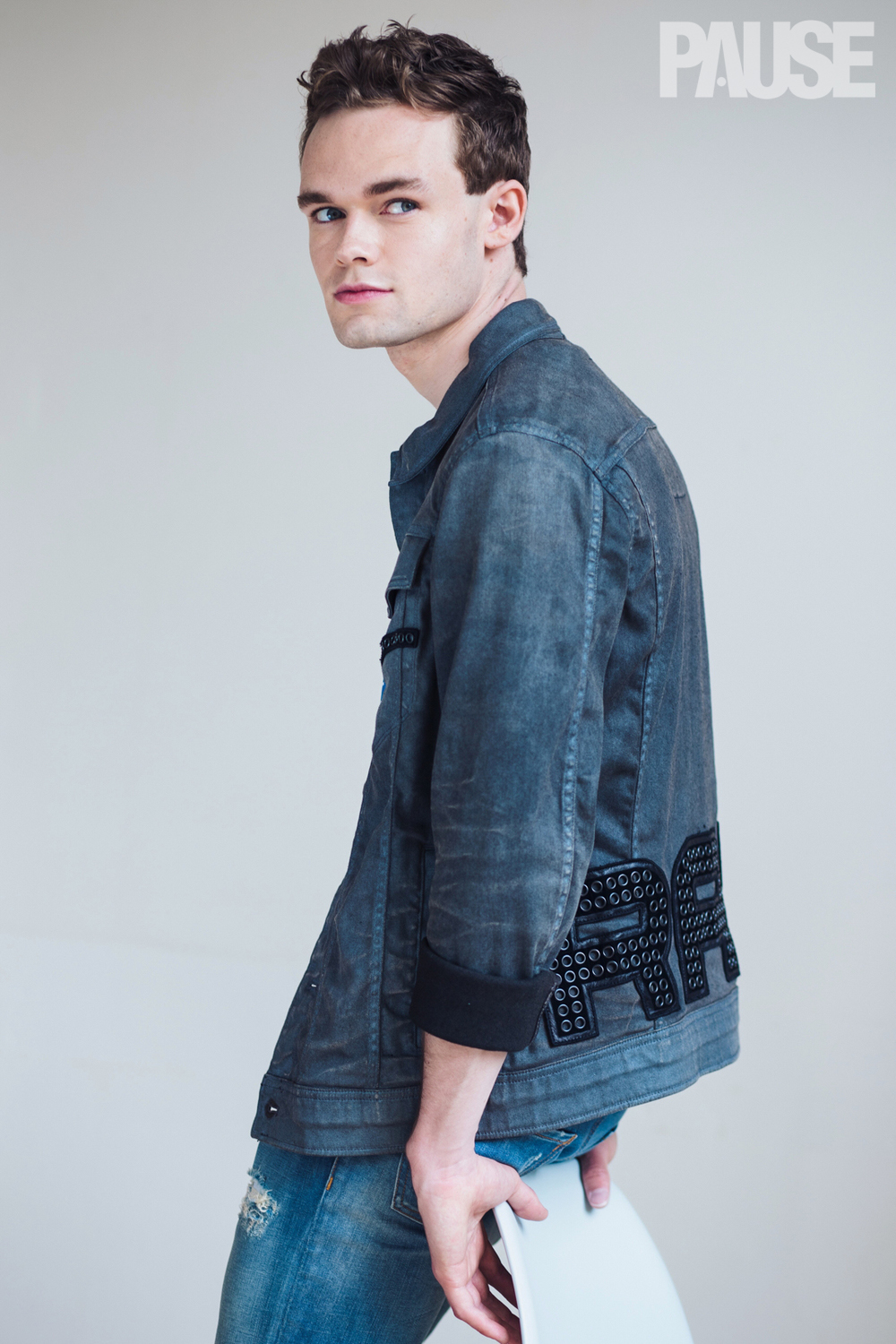 How do you find the performing for a live audience vs the camera?

I find the camera a lot scarier! With the crowd, they’re excited – you can vibe! But with a camera you have to put it all out there and get nothing in return, it’s a little more difficult.

I think it’s a combination of singer/songwriter with an acoustic guitar and then there are elements of soul, jazz and blues influences all mixed in.

How about your musical influences?

They can really vary, I love modern singers like Ed Sheeran and John Mayer, but then also soul singers like Bill Withers and Marvin Gaye.

What kind of musicians would you like to collaborate with?

I would love to collaborate with John Mayer, Bill Withers – all my influences really!

Speaking of influences, Shawn Mendes has brought you on tour with him, how’s that been?

Yes! We started the world tour about a month ago and did Europe first, which was great as I left school at seventeen and didn’t really have the chance to do any travelling. So I’ve kind of treated this tour as my gap year. It’s been a dream.

“I love modern singers like Ed Sheeran and John Mayer, but then also soul singers like Bill Withers and Marvin Gaye.” 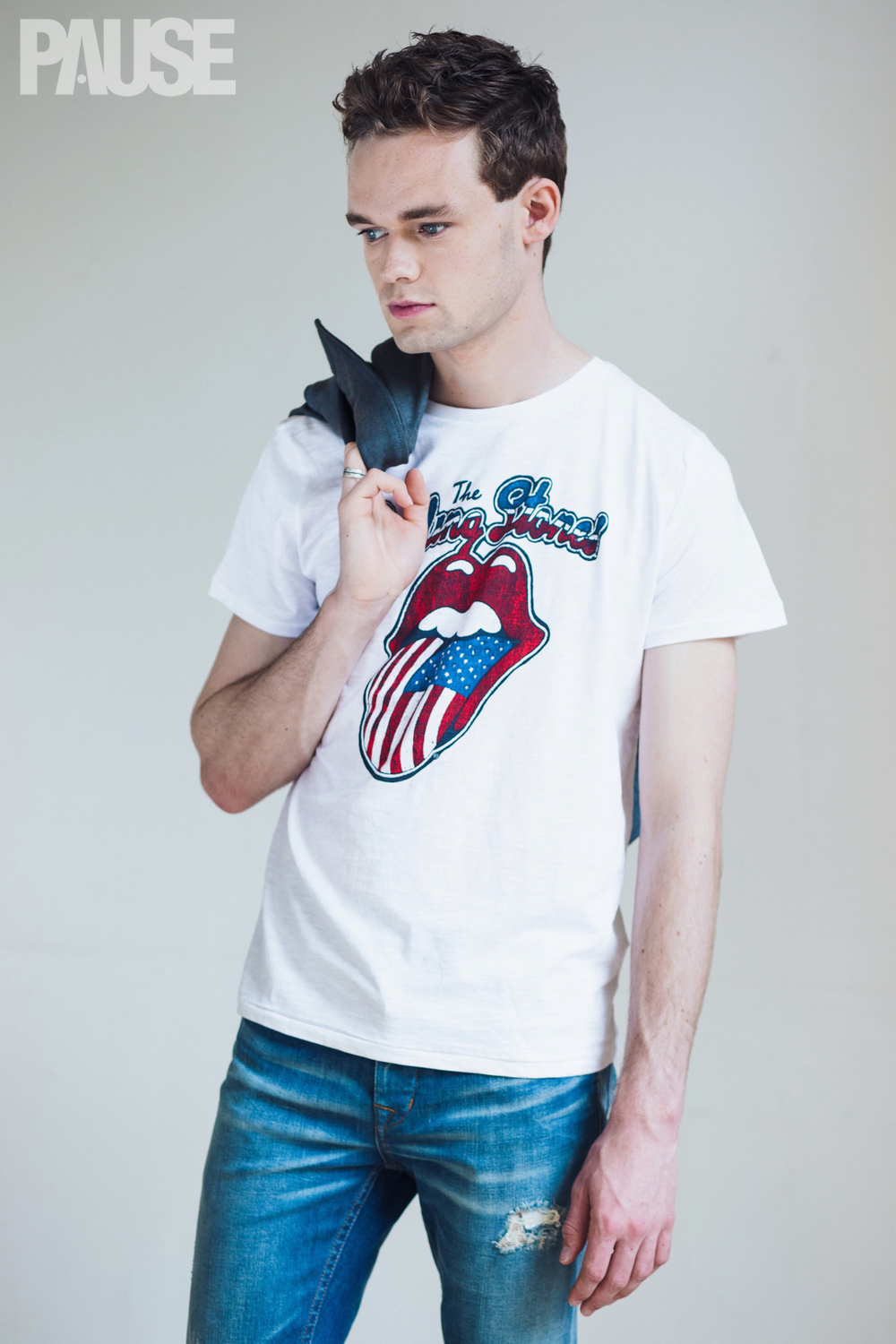 How does it feel so early in your career? To say that you’ve opened for a successful artist?

It’s a big achievement, obviously, things will grow but this a great start.

What do you think sets you apart from other Youtubers out there that haven’t been noticed?

Hmm… I think it’s because I was a musician before I was a singer. I had a lot of time to perfect my guitar and drumming abilities, which definitely stands out because a lot of people just play some chords – but not everyone can do tricky guitar fills, or play the drums as well as piano all in one video. I think that sets me apart.

What are your feelings on Youtube as a platform for young musicians?

How important would you say that social media is for aspiring musicians today?

I think it’s becoming increasingly important. Ten years ago it was more about how many people turned up to your live show, that was who your followers really were. And now, it’s great – you can basically grow a fanbase from your bedroom.

Youtube combined with Instagram and Twitter has allowed you to grow a fanbase from your bedroom, which is exactly what Shawn did – he had millions of followers before he even hit the stage. Some people think it’s a bad thing, I think it’s a really good tool that people should use. 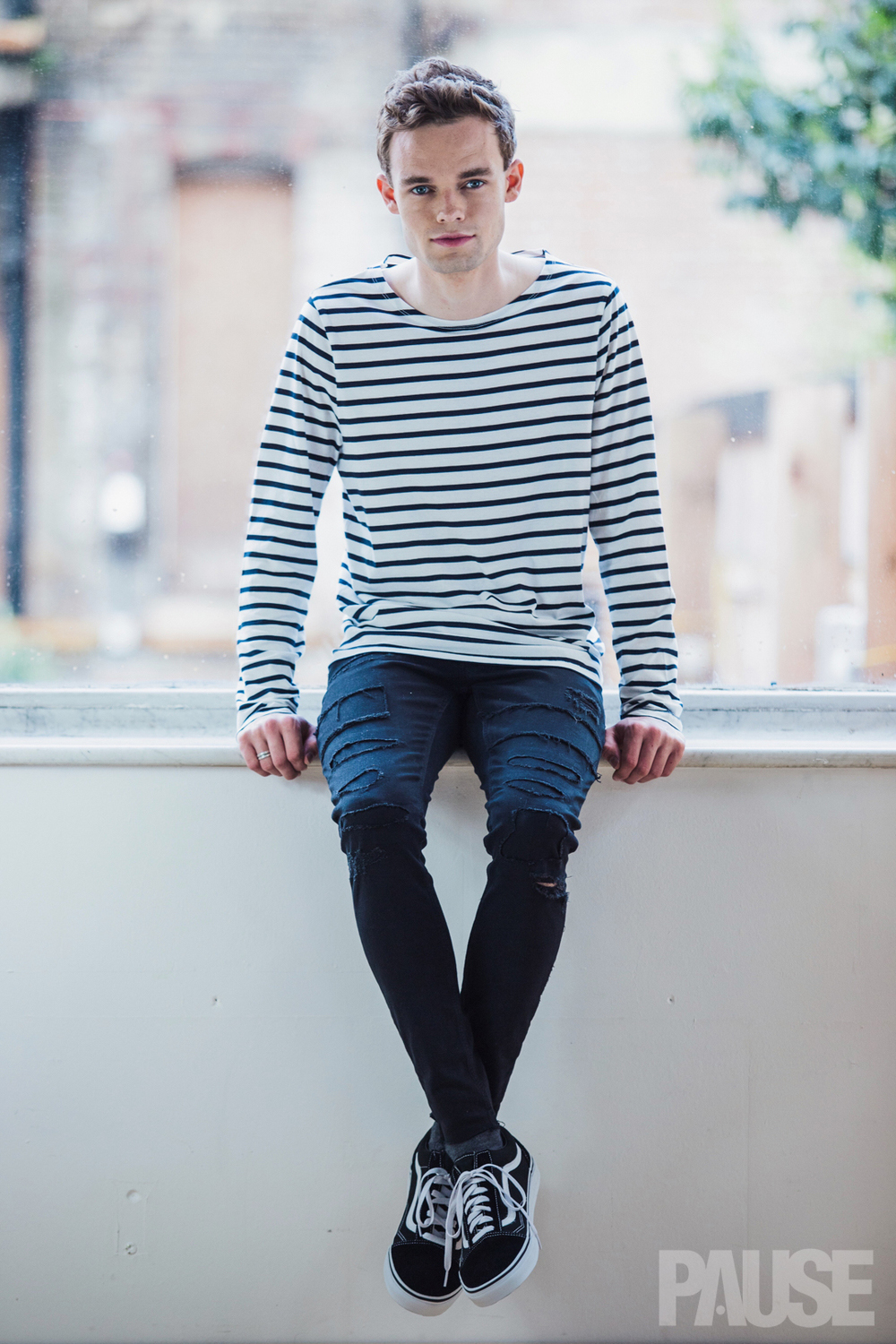 Do you think it’s changed the industry for better or worse?

The industry is definitely changing, it’s always changing. Is it better or worse? The amount of people that get a shot is much higher now so I think it’s better for that reason. People can grow their own fanbase and do it themselves, rather than depending on an agent or a label to get them started.

People can produce in their bedrooms now, it’s amazing. When before, you’d have to save up, go to the studio and hope that you get a good demo. I definitely think it’s for the better, with social media as well – they’re great platforms. It’s really difficult, building a fanbase online is not easy.

How did you build yours?

Through trial and error really, I put up different types of videos on YouTube. Actually, a little tip for anyone looking to get noticed on Youtube, I’ve found if you’re the first person to put a cover of a song up, you’re going to get way more views than if you’re the 20th.

I remember when Ed Sheeran’s first album came out, there was a song called ‘Kiss Me’ which I loved. I learnt it in two days, put it on Youtube and I was the first person to cover it, it got over 100,000 views in the first week. There are little games you can play to increase your chances. You’ve just got to try it.

Like songwriting, I’ll write ten songs, and I’m only going to love one of them – the rest, I probably won’t use. For the forthcoming debut album, we’ve written over 100 songs – I’ll probably only release twelve.

“If you’re the first person to put a cover of a song up, you’re going to get way more views than if you’re the 20th.” 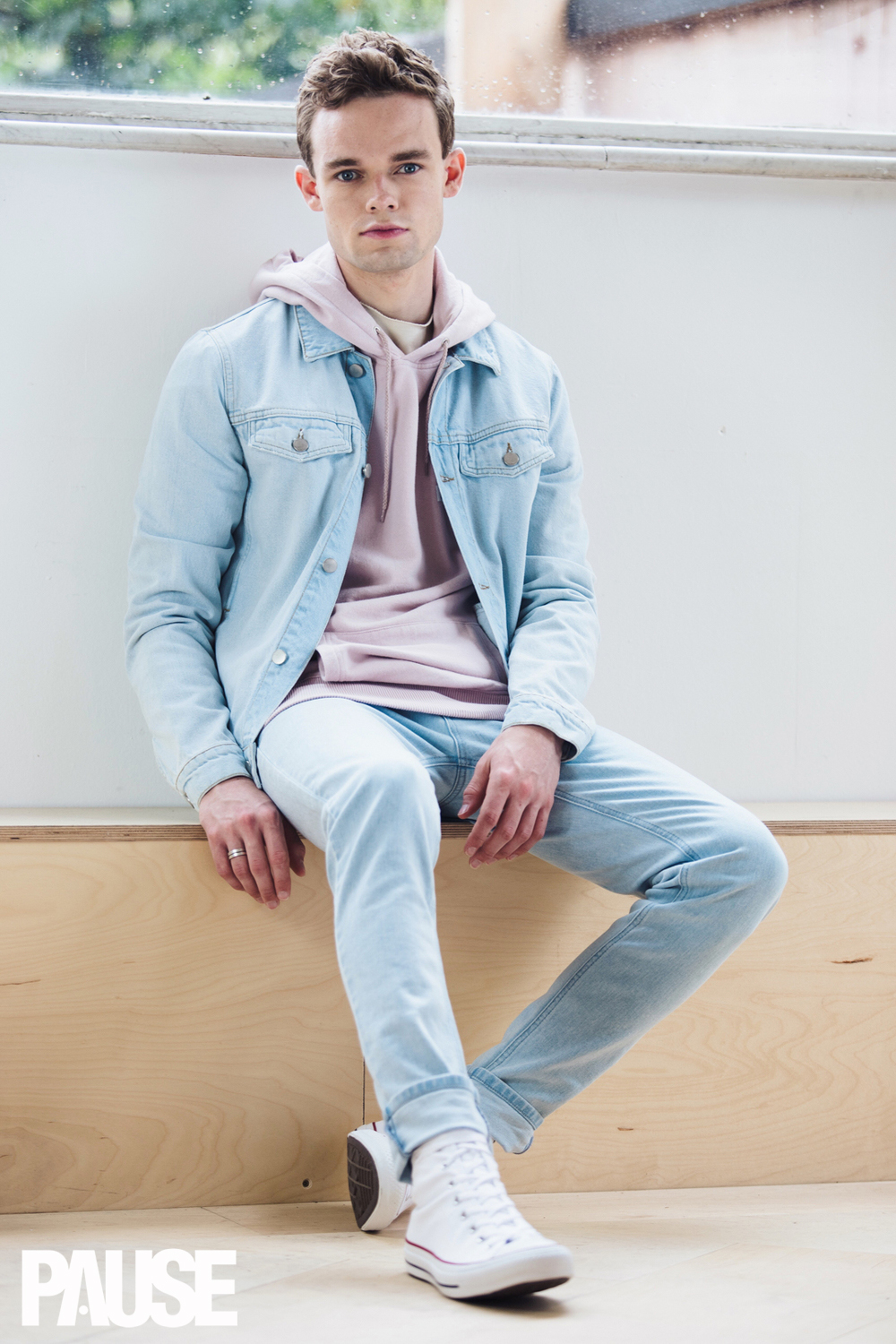 How have you handled having an adoring fan base at such a young age?

I think it’s nice, with this tour I’ve met lots of fans. Sometimes they’re crying and it can be a little tricky; I mean, I’m very down to earth and happy to have a chat with anyone that wants to talk music, I try and reply to as many people as I can.

Moving onto fashion, how would you describe your personal style?

When it comes to labels, do you have any favourites?

I love AllSaints, Zara and Topman are pretty cool too.

A pair of skinny black jeans, a white t-shirt, a Barbour jacket and pair of Adidas flux! That’s 4 sorry, swap the jacket out for the trainers – I’ll be cold. 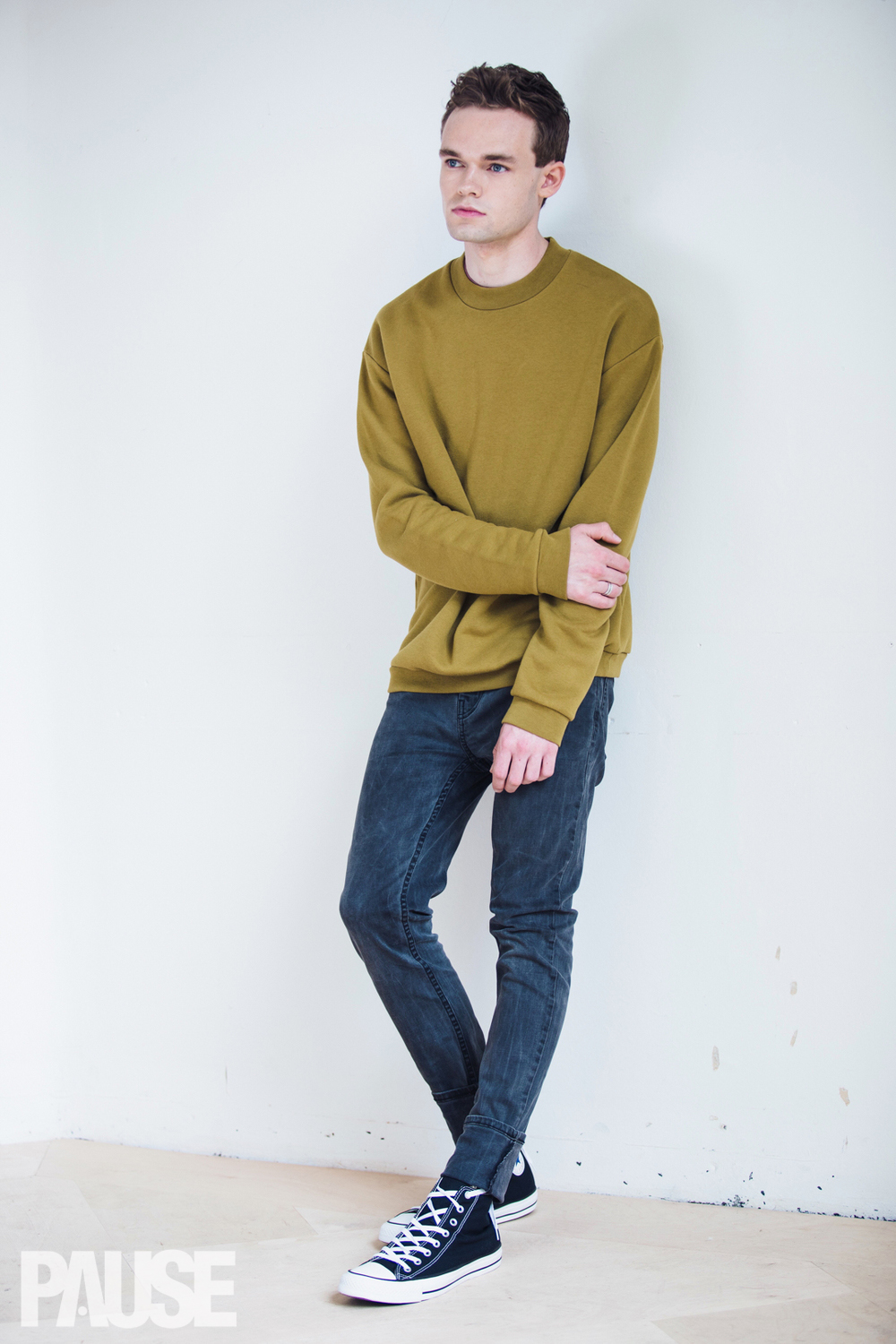 Do you have any style influences?

Well, I’ve just released an EP, ‘First Impressions’ which has five original songs on it. Next week I’m going to LA so I can record the rest of my album, then we’ll have the American leg of Shawn’s tour with 26 shows and hopefully later this year there will be more music!

And finally, what’s the dream? The ultimate goal?

I want to sell millions of albums, and go on an arena tour, and be a good dad! – A little further down the line of course.

“I’m very down to earth and happy to have a chat with anyone that wants to talk music.” 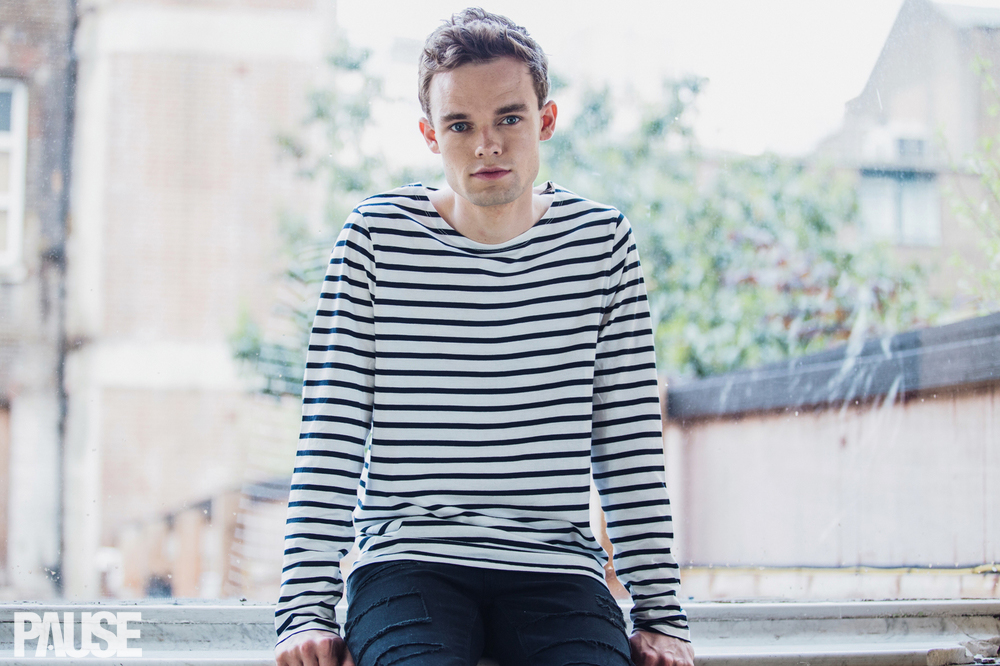 Check out his latest track ‘When You Love Someone’: