How A-list celebrities took on the Gucci trend. 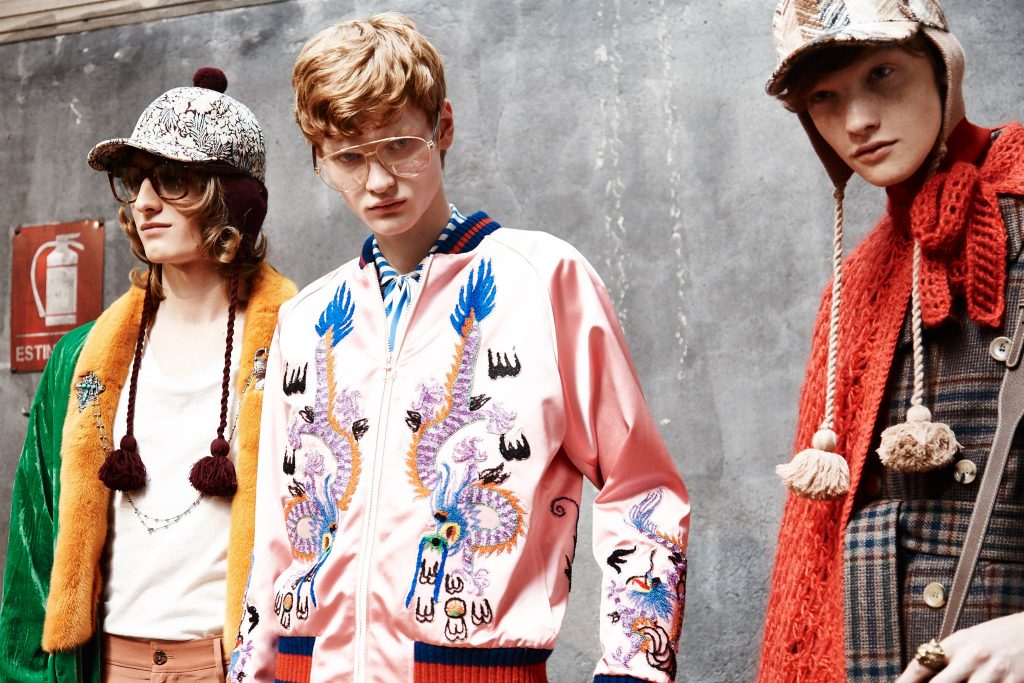 From the first day Alessandro Michele took over as Gucci’s creative director,   we knew that something right would attract us to the established house, once again. The brain behind the brand led Gucci to the forefront of the fashion scene, both in terms of menswear and womenswear. Indeed, our favorite artists jumped on the refined bandwagon, wearing, nailing and rocking Gucci’s statement silk bombers, flowered pieces and loving loafers. Now the time has come to compile the list of the best dressed guys in Gucci, while getting some more inspiration. 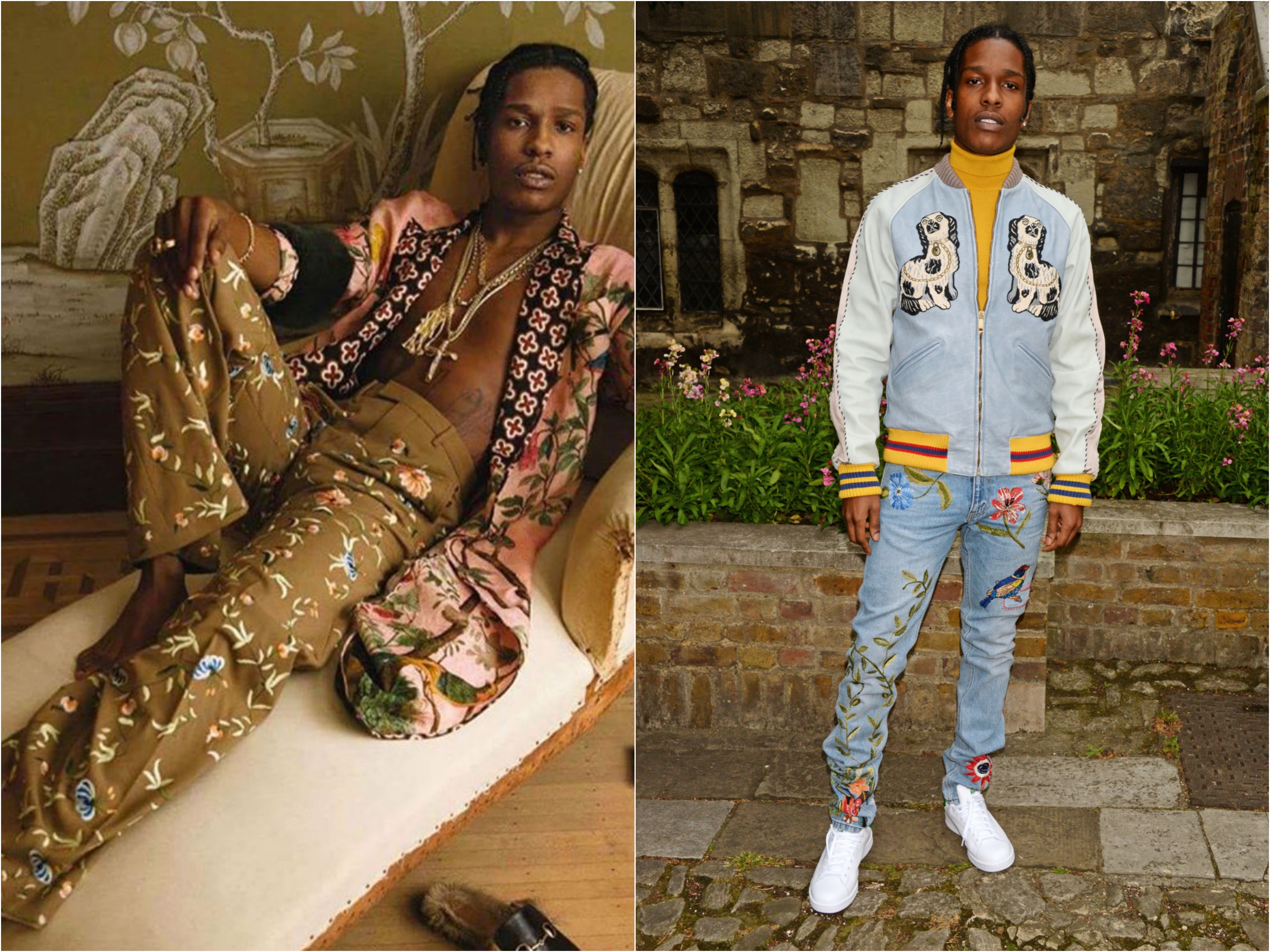 American hip hop artist and composer A$AP Rocky is definitely a forefront runner in music as he is in fashion. His neat wardrobe is often highlighted by Gucci key-pieces and his street style snaps are an endless pit of inspiration. 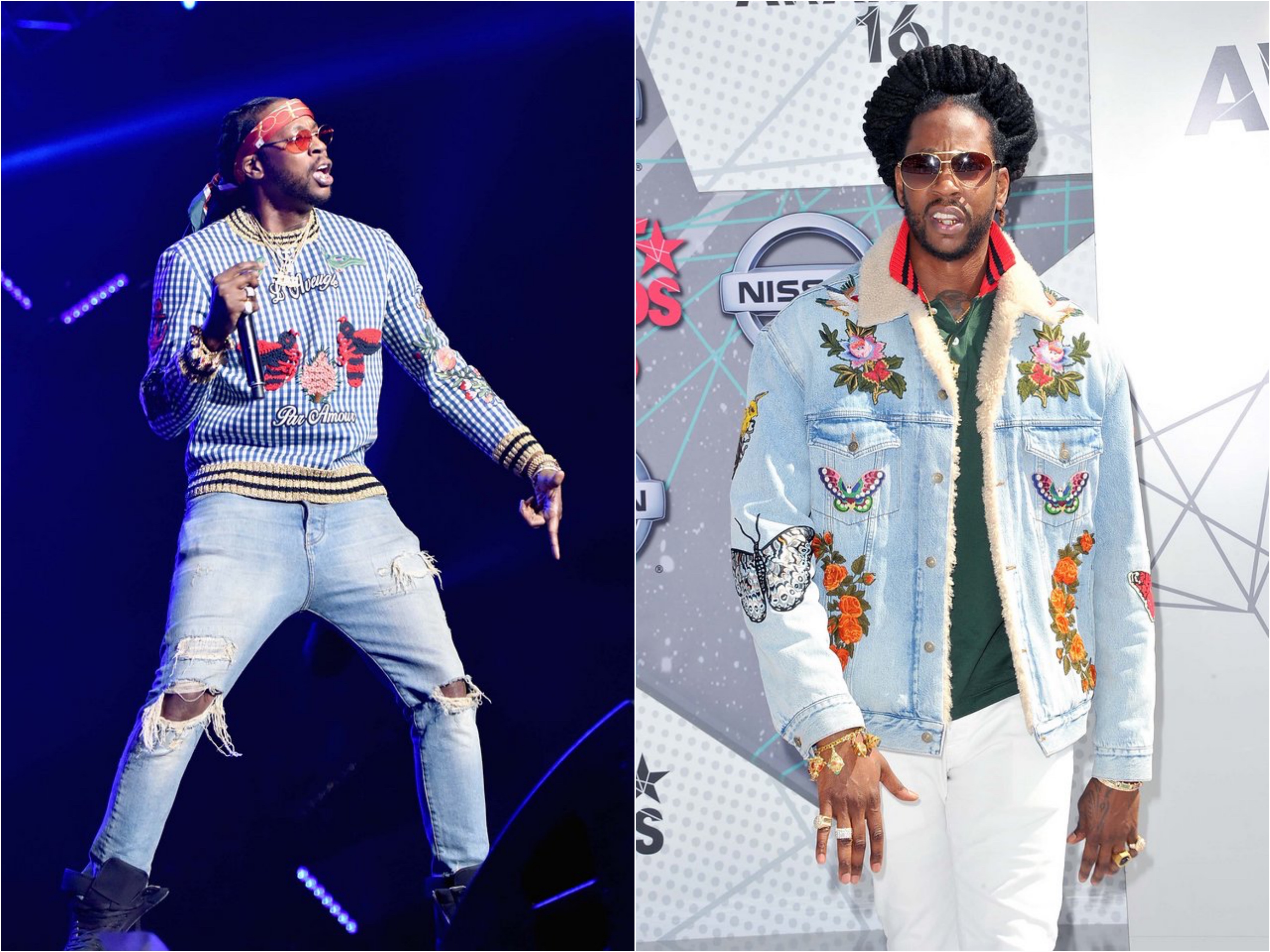 Hip hop artist 2Chainz performed on the stage of the 2016 BET Awards, channeling a checked jumper with embroideries all-over. On the red carpet, the American rapper was wearing a statement denim jacket combined with a pair of white sleek trousers. 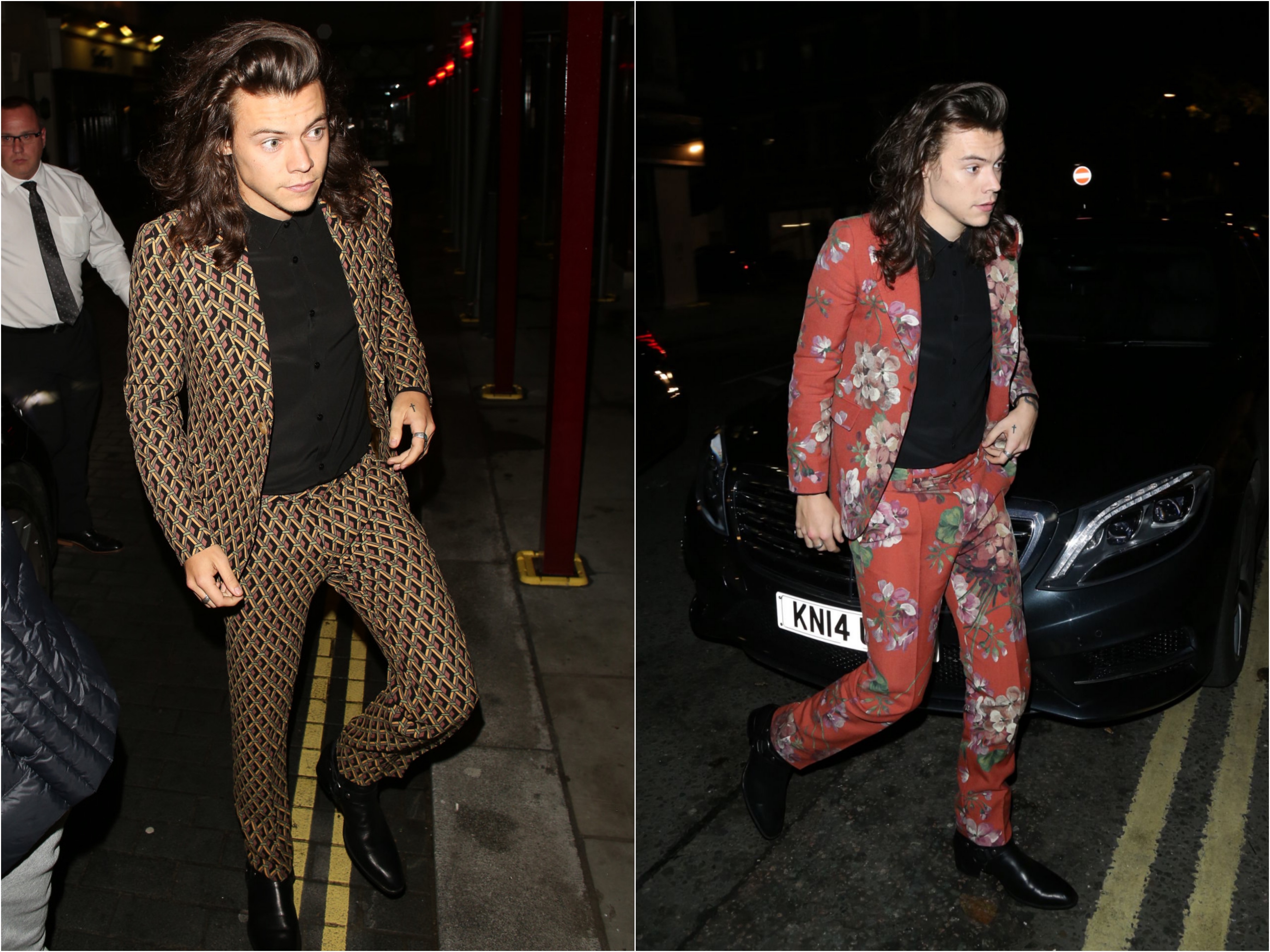 Harry Styles has been a Gucci ambassador ever since Alessandro Michele unveiled first menswear fashion show, a year ago. The young pop star sported strong print suits while appearing on the red carpet or performing in front of a frenzied crowd alongside band One Direction. 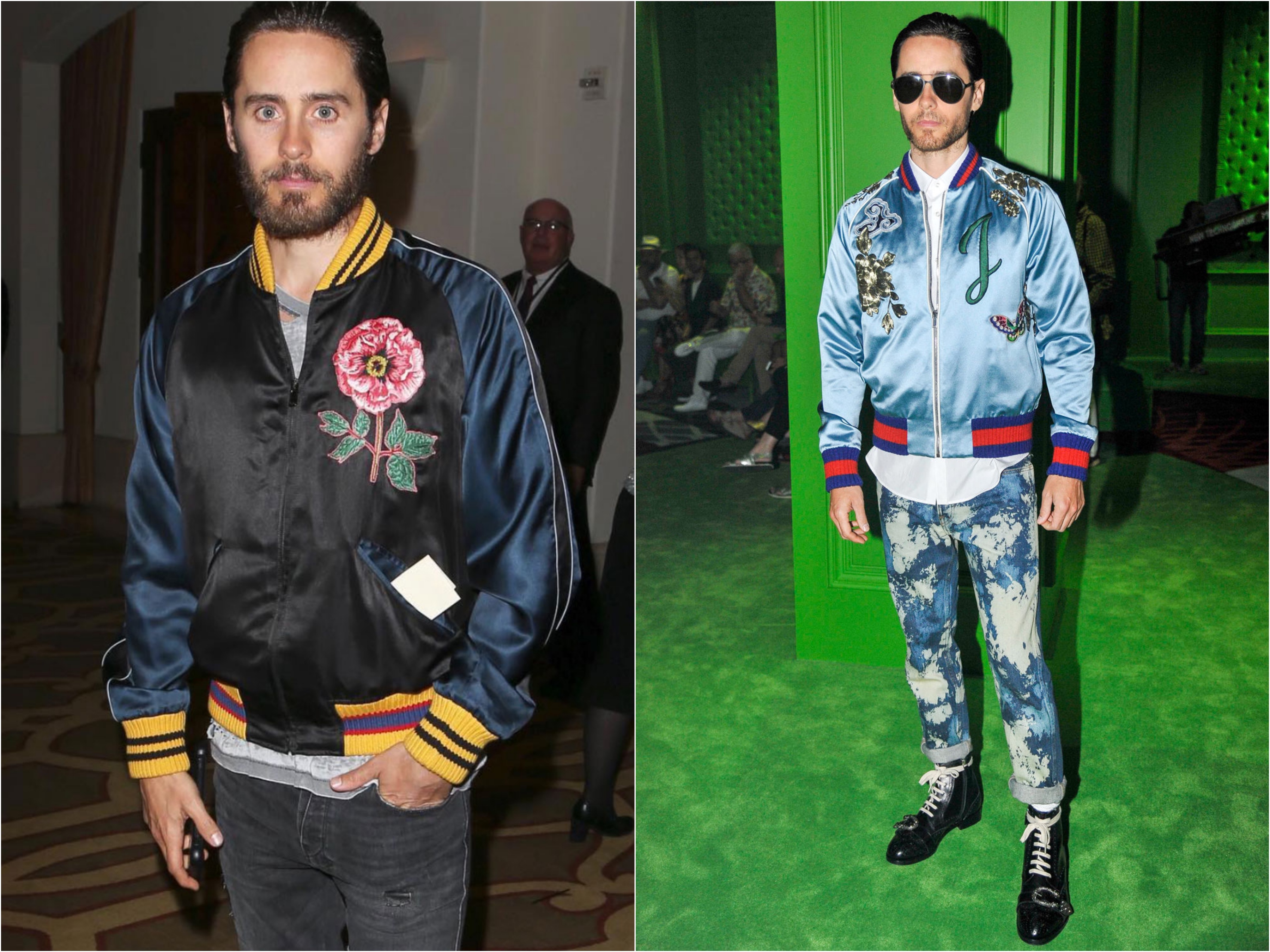 Oscar-winning, Suicide Squad actor Jared Leto was one of the first male’s fashion figure to catch the Gucci fever. How he cured it? By continuously hanging out with artistic director Alessandro Michele at the Oscars 2016, Met Gala 2016 and after the Spring/Summer 2017 show. 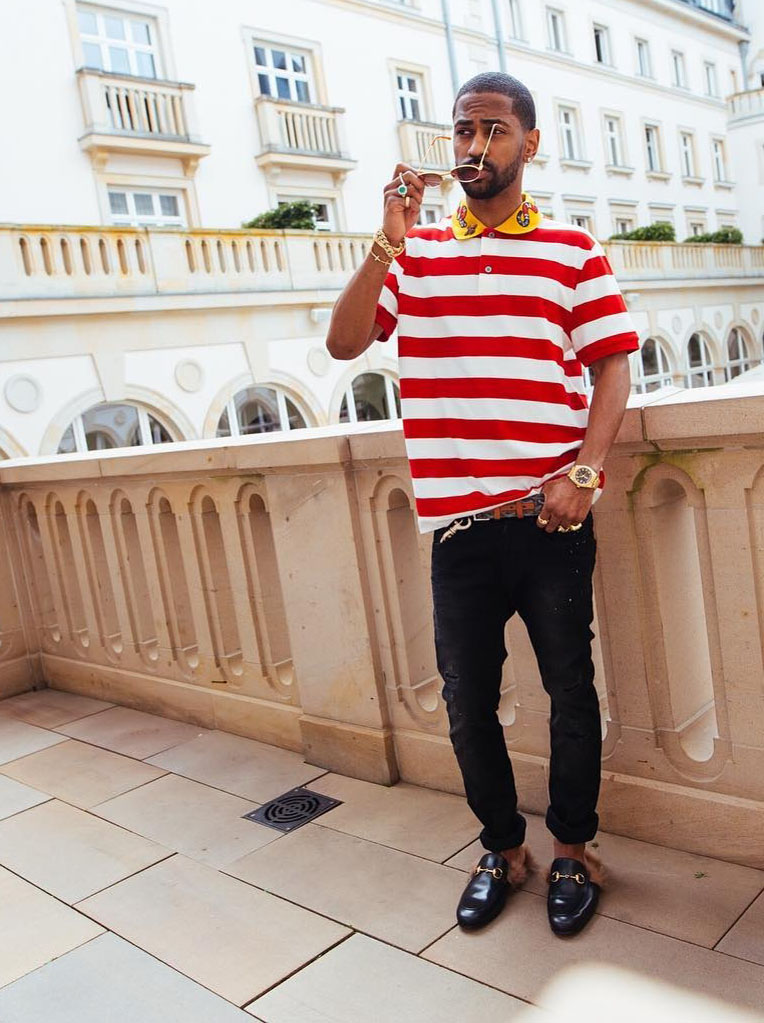 Big Sean opted for a wise yet chic look while supporting Rihanna’s ANTI Tour in June 2016. For the occasion, the hip hop artist sported the now famous Gucci loafers with a block polo shirt. We have an eye on the snake embroidered contrasting collar, from the Italian house as well. 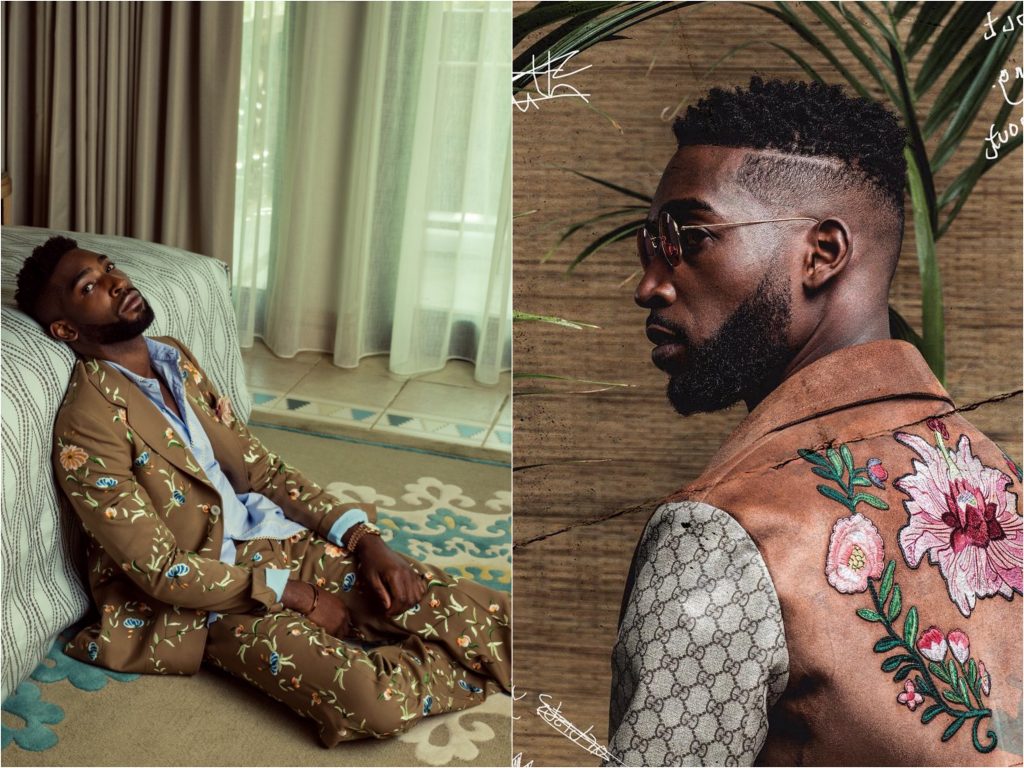 British singer Tinie Tempah stiked a pose for Esquire Middle East, sporting a total Gucci look. Alone in a hotel room, the artist took part in a refined and relaxed atmosphere, mostly conveyed by the the flowers and the pale blue shirt he was wearing. On the cover of his album, the artist opted for an contrasting jacket, embroidered in the back. 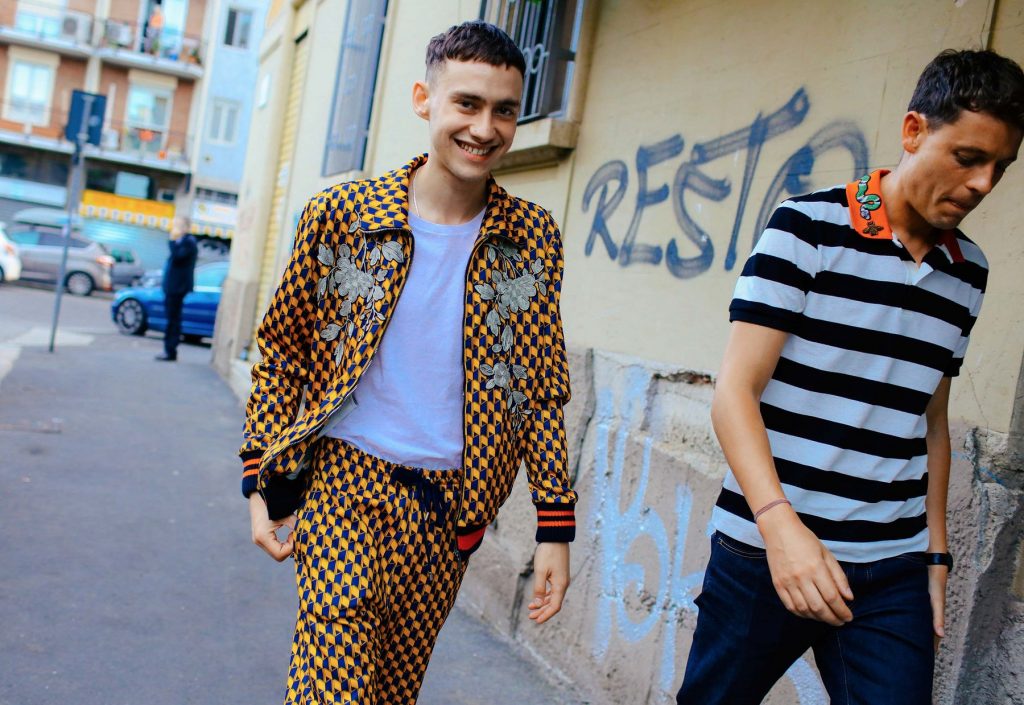 Years and Years’ lead singer Olly Alexander was spotted in the streets of Milan during the Spring/Summer 2017 shows, embracing the sportswear-inspired checked suit. We particularly like the front zip, that adds a little bit of casualness to the whole outfit. 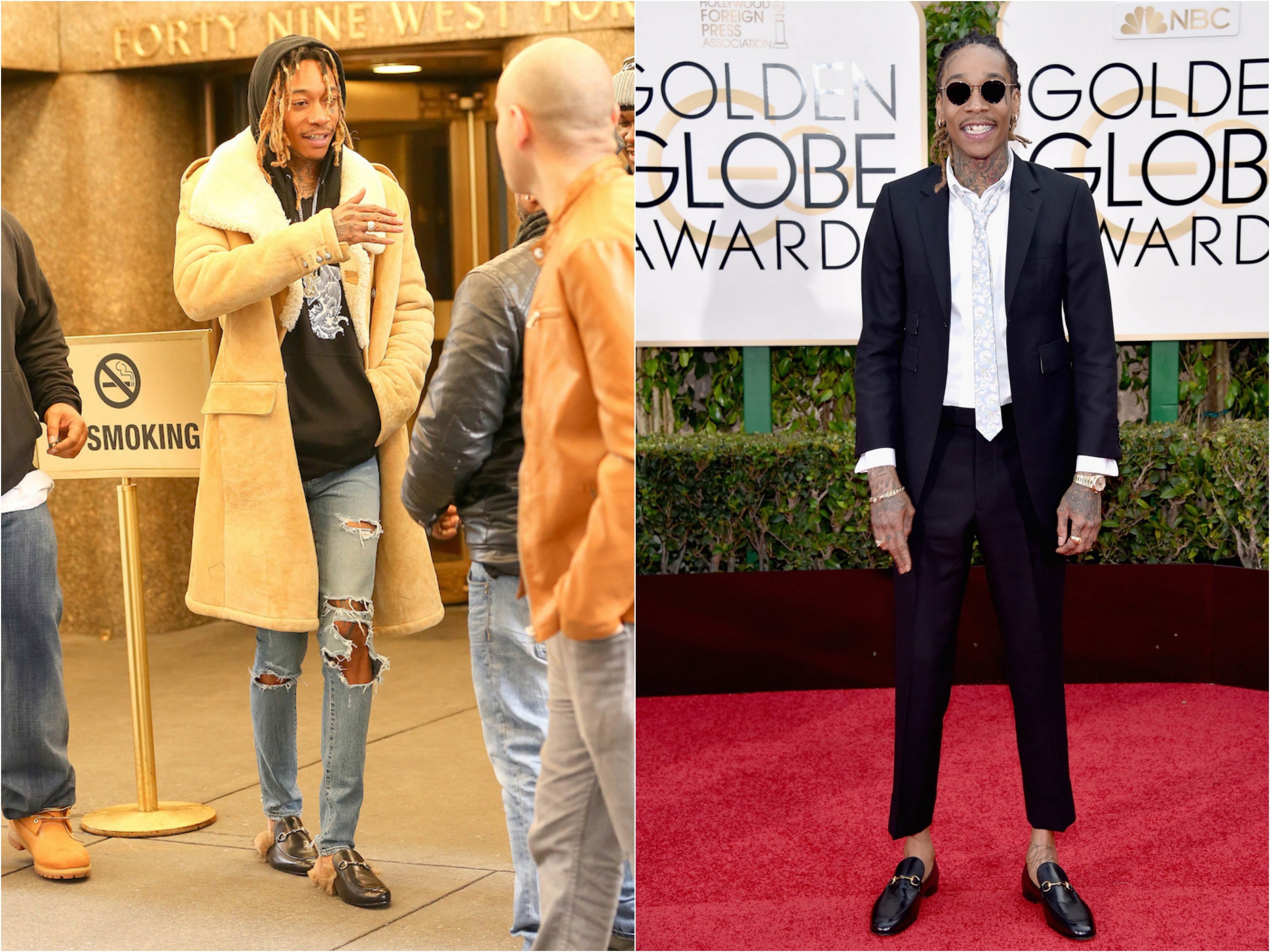 Wiz Khalifa knows how to transition from the furry Gucci loafers from the streets to a classic version on the red carpet, in the blink of an eye. Sporting a pair of distressed jeans or smart trousers, the hip hop artist changes his style while remaining faithful to the Italian house. 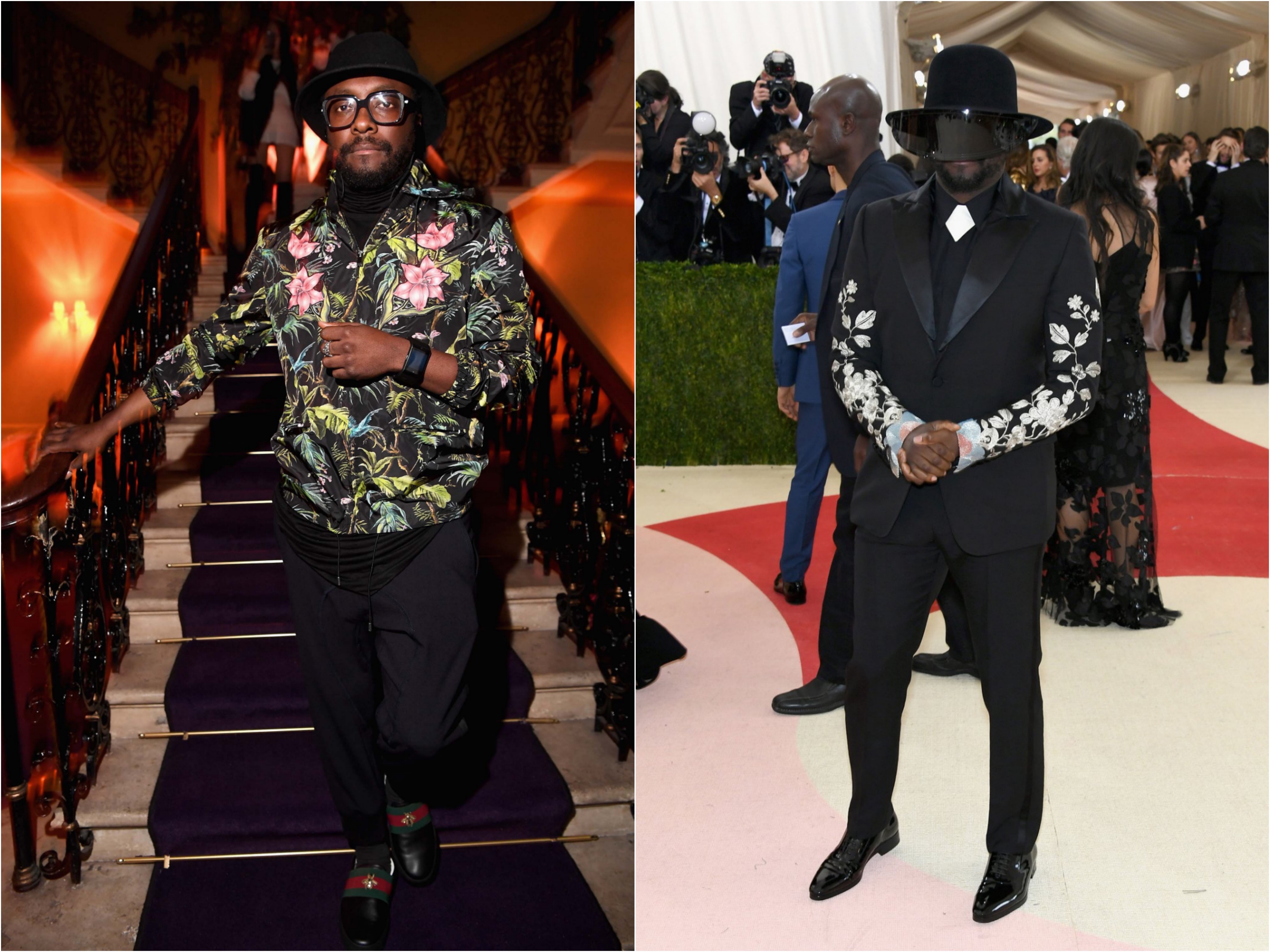 American singer and producer will.i.am easily carries out the best of the brand with a laid-back print jacket or with a chic black blazer. His total Gucci looks are amongst the most talked about and inspired from. 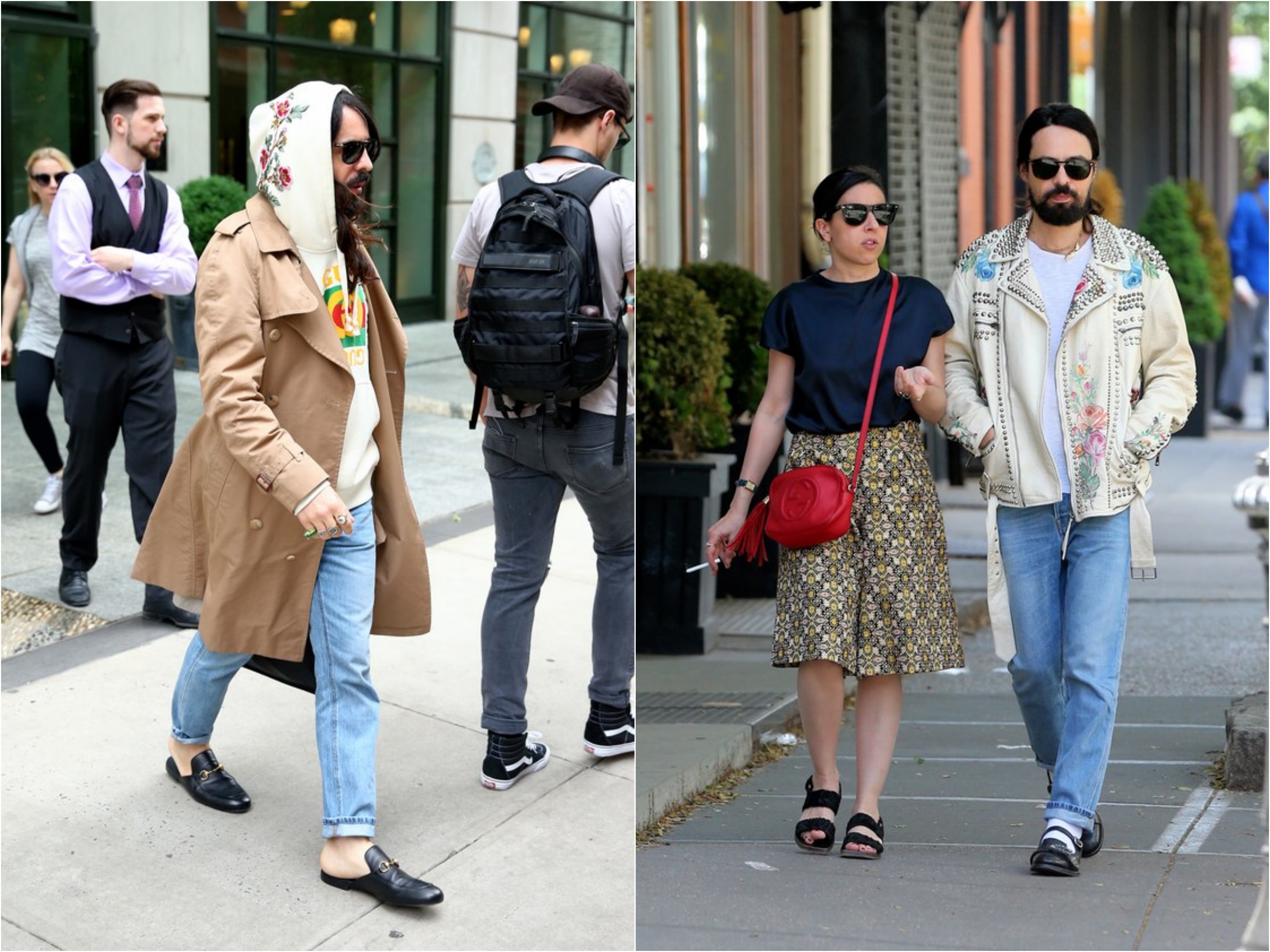 Who else than the designer himself could sport an entire Gucci outfit, you ask? Associating his sportswear hoodie with a pair of chic loafers, Alessandro Michele – spotted in the streets – wins it all. Naturally. 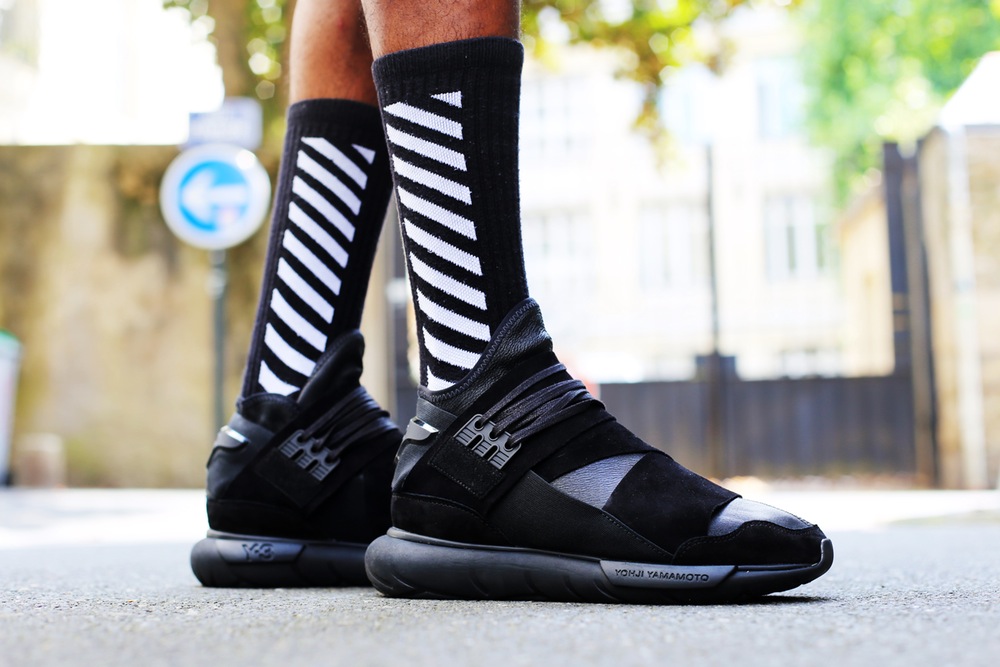