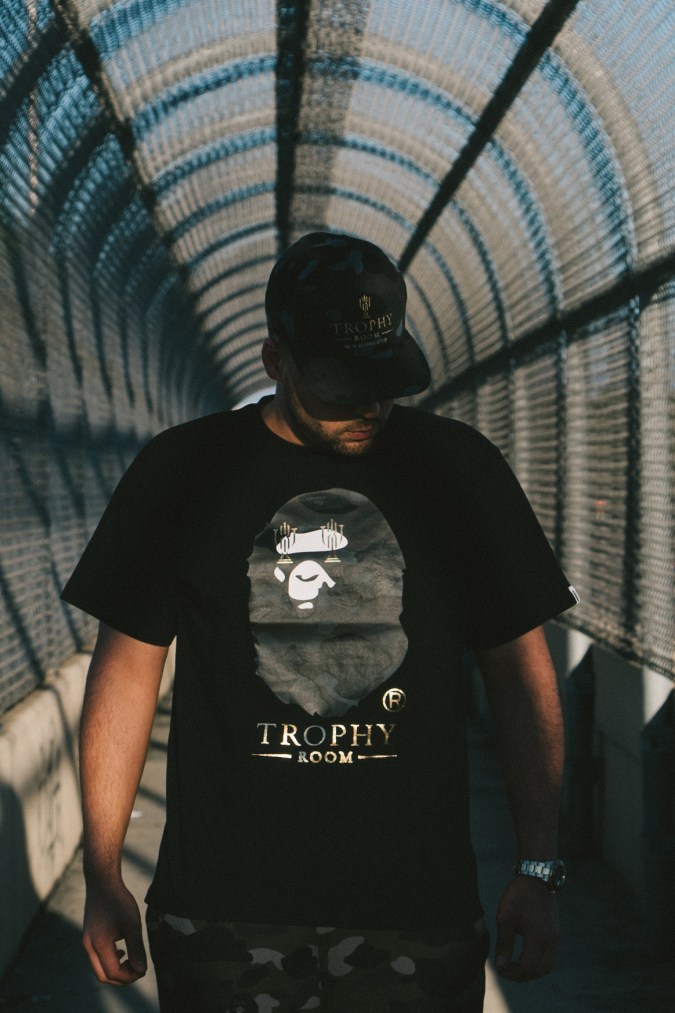 Trophy Room and BAPE have announced a collaborative collection for Spring/ Summer 17, for which they have just released the lookbook. Trophy Room is the brand of former American basketball player, Marcus Jordan, who has announced this killer collaboration alongside a video (see attached).

The lineup reveals t-shirts with Trophy Room and BAPE logos in gold foiling, as well as classic BAPE camo printed t-shirts and shorts. They accessorise the line up with matching caps.

In celebration of this mix-up, they will be opening a pop-up store on Saturday, 25th March at 9 am at;

You can also get your hands on the collection at Bape.com and selected BABE and Trophy Room stores.

Take a look at the Trophy Room x BAPE lookbook below. 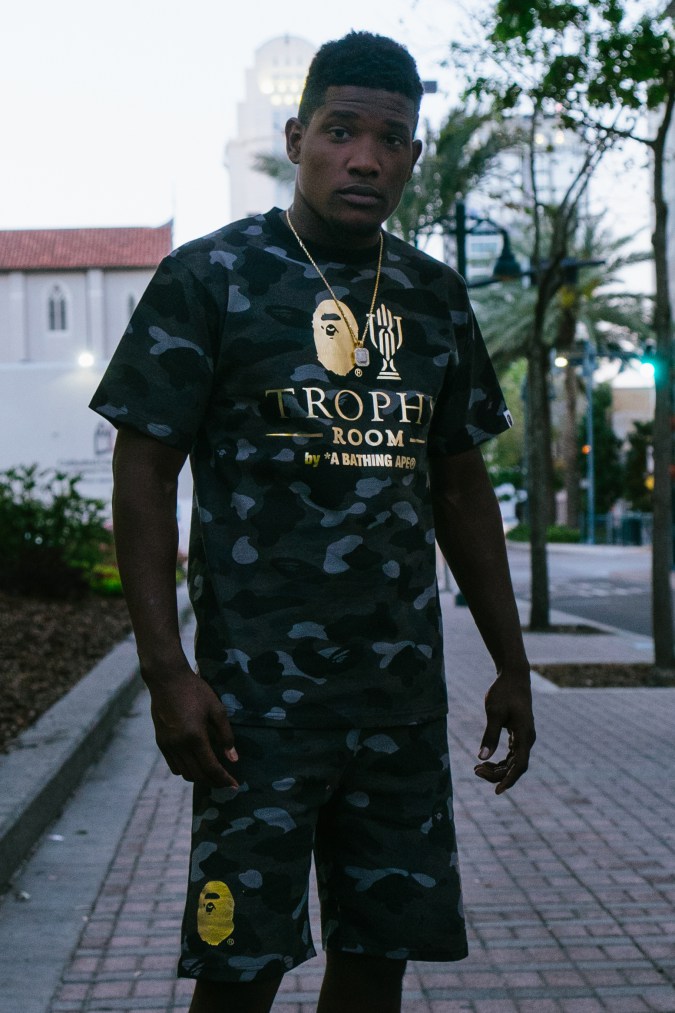 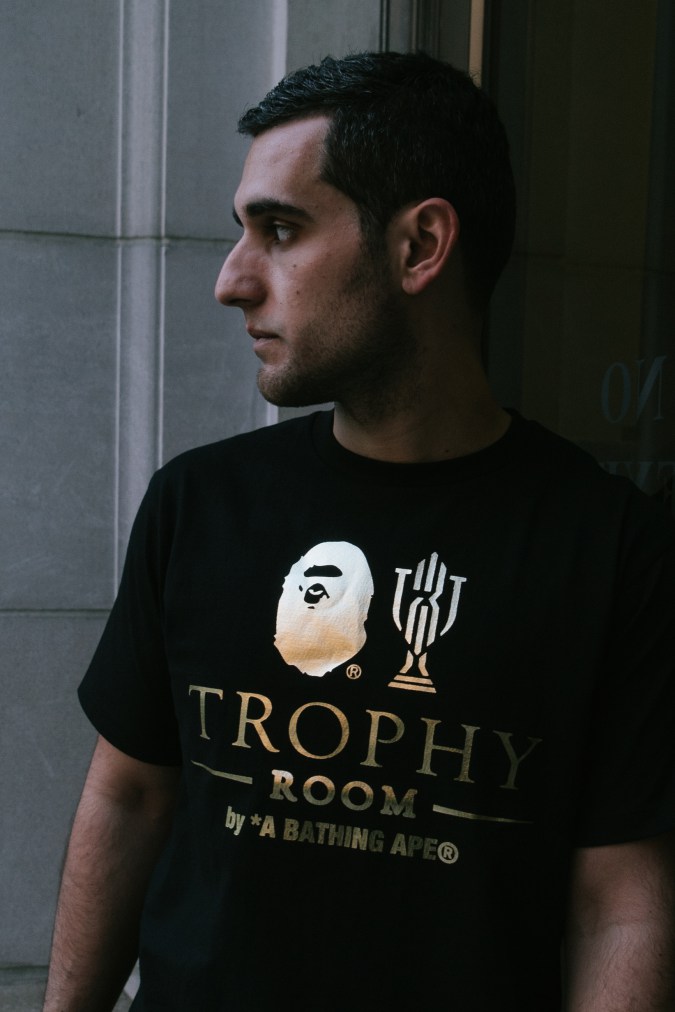 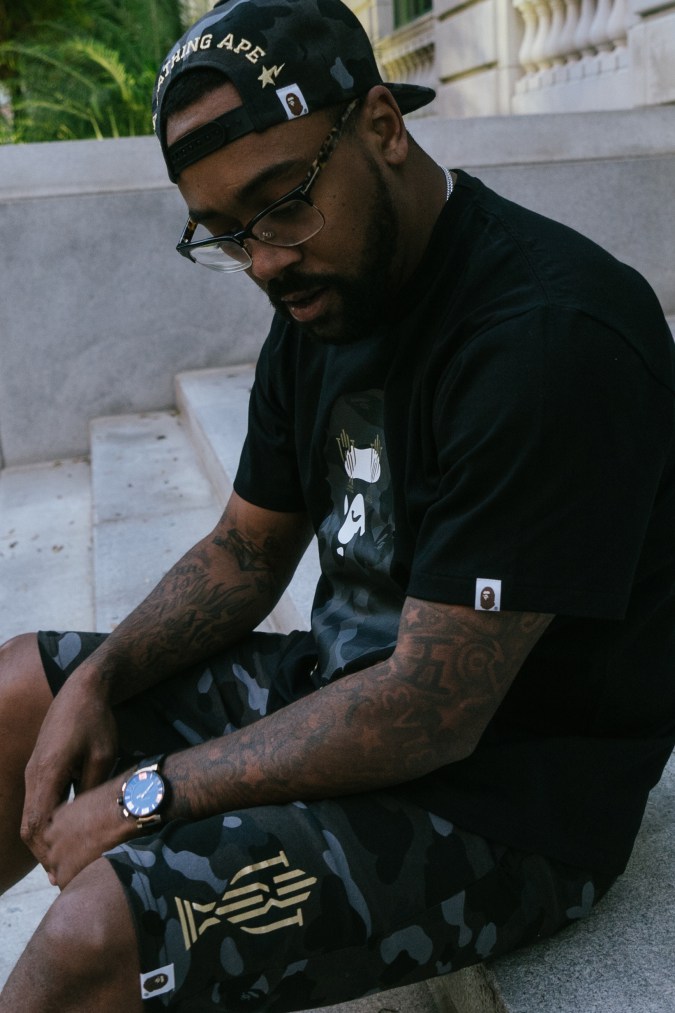 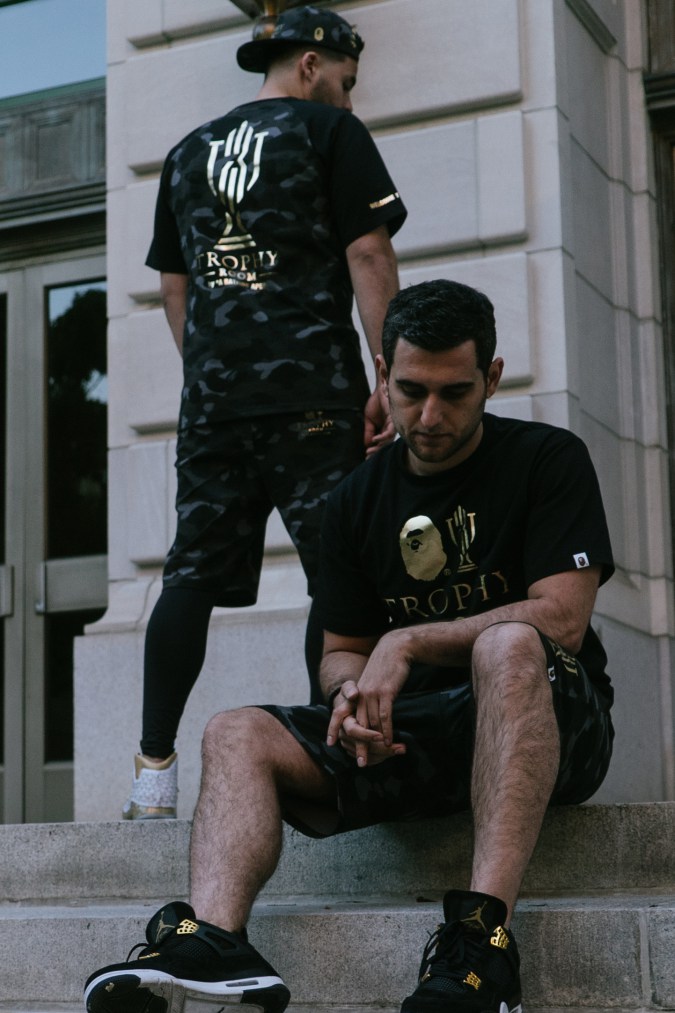 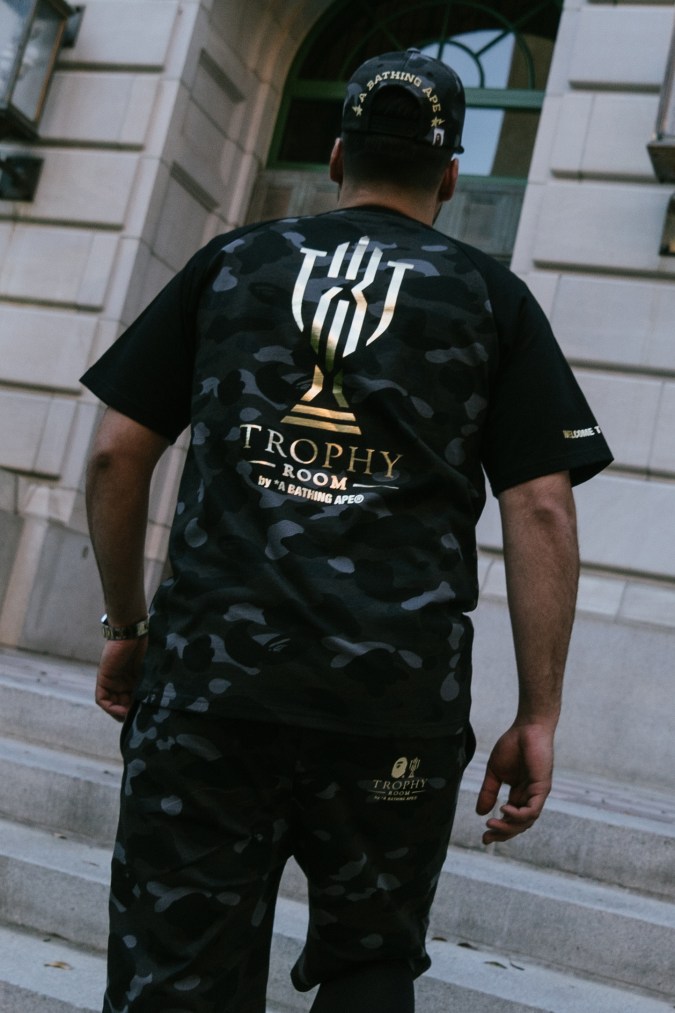 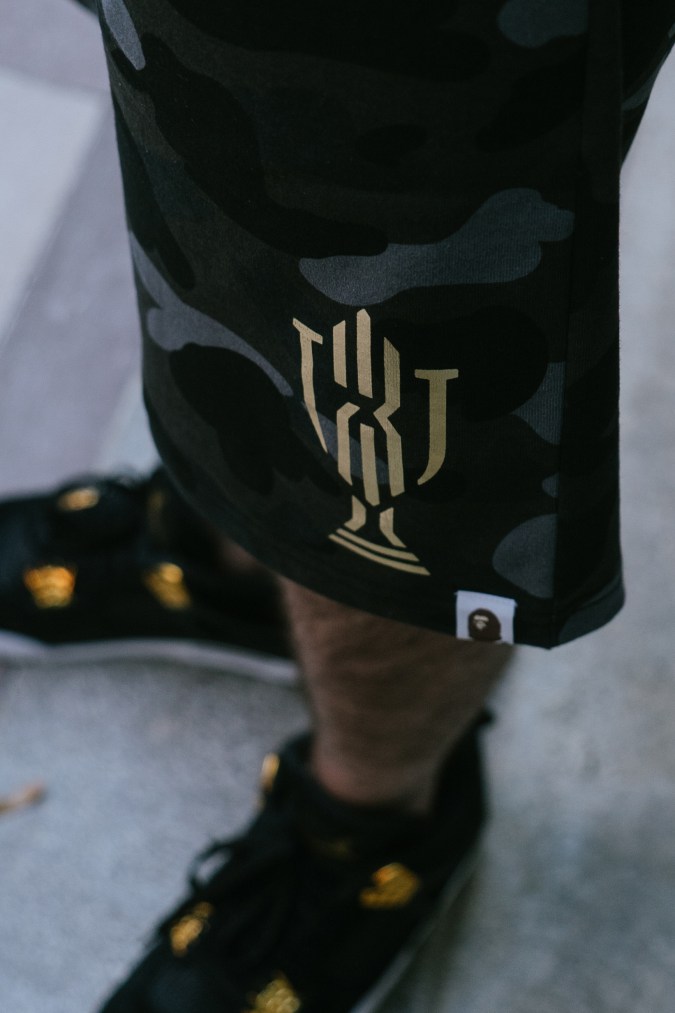 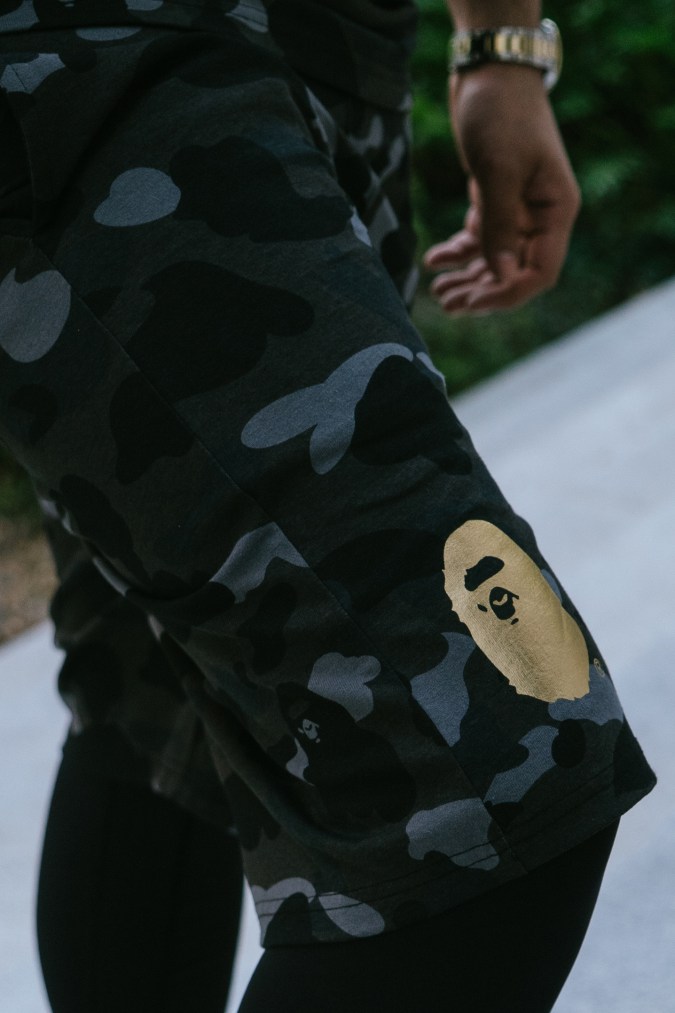 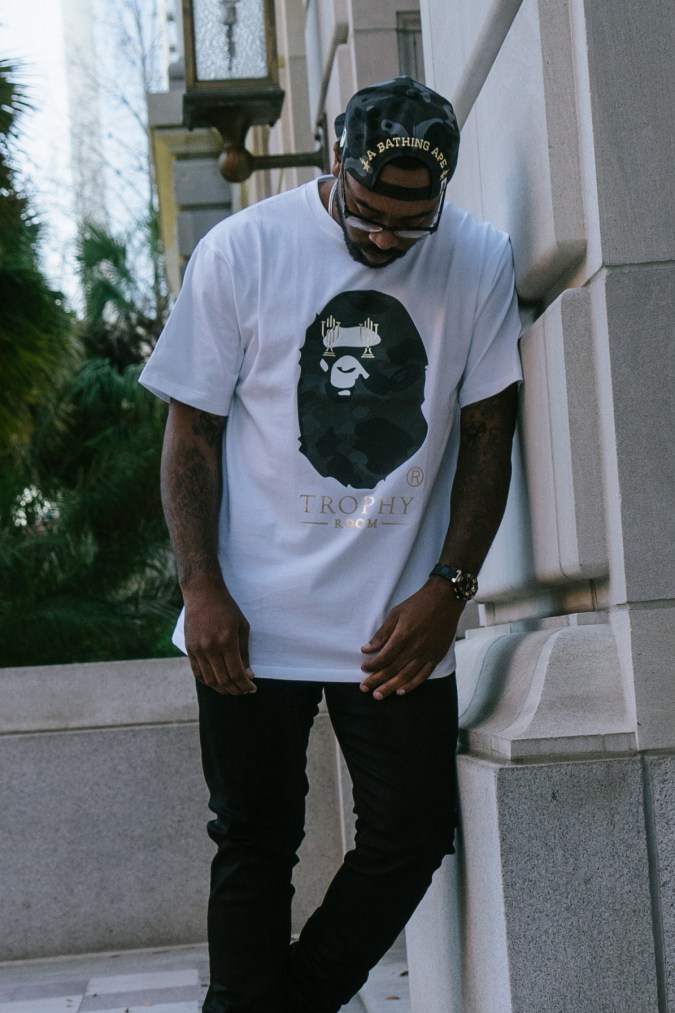 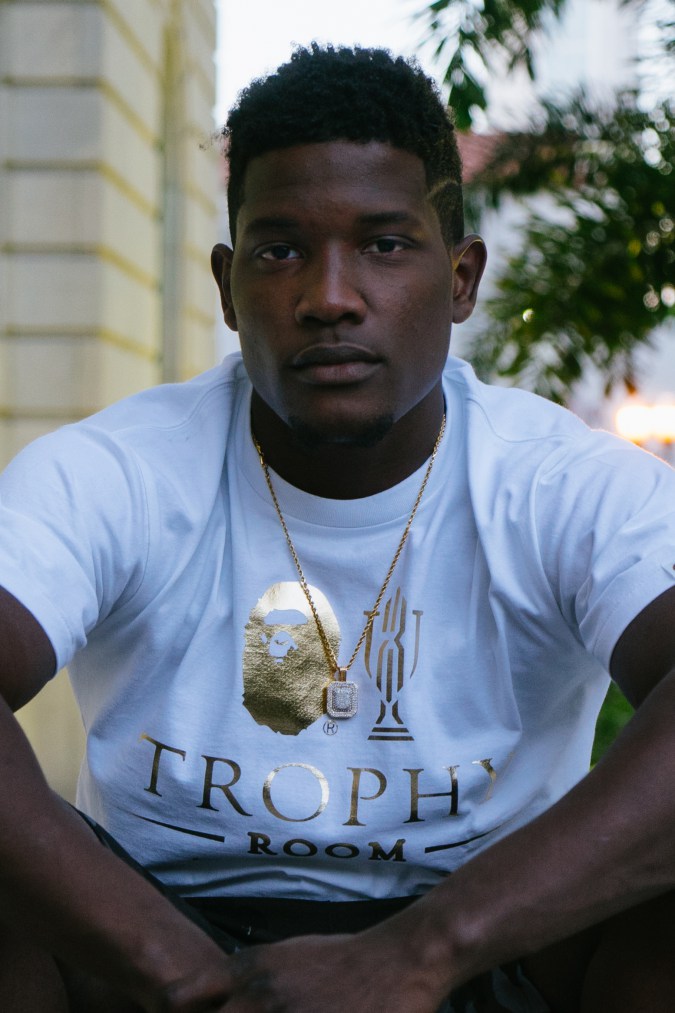 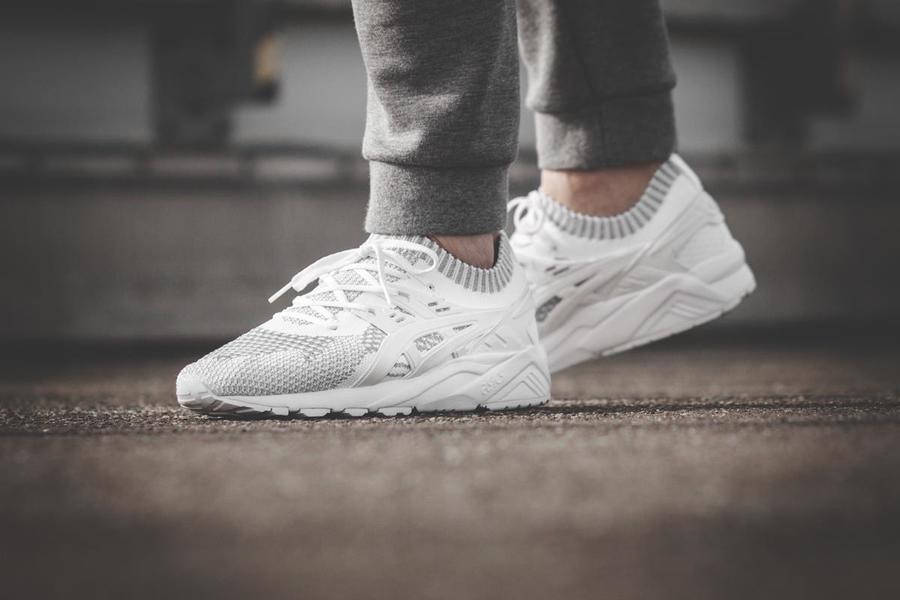