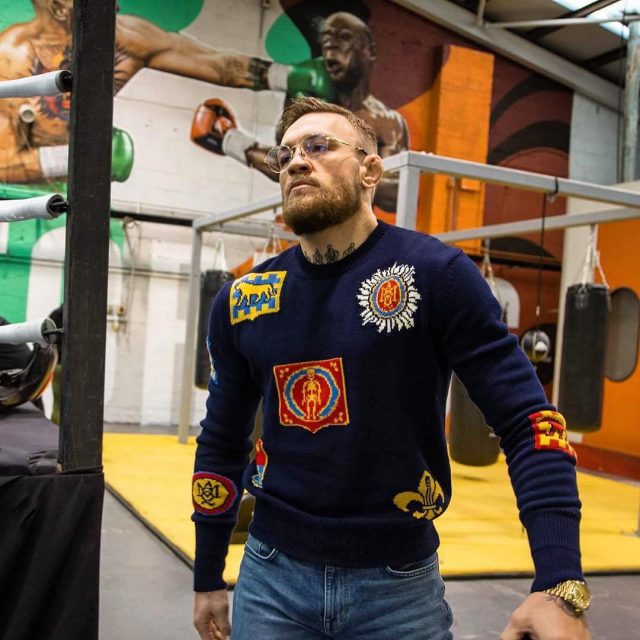 Irish professional mixed martial artist Conor McGregor has been spotted training hard for his upcoming performance. McGregor recently welcomed his first child with girlfriend Dee Devlin who gave birth in Dublin. McGregor who is Ireland’s first UFC belt holder has been continuously training on top of being a father.

Regardless of his busy schedule, the fighter never fails to dress to impress as he was recently spotted arriving for a training session wearing an Alexander McQueen badge sweater that featured all over patch motifs.

Shop the sweater below: 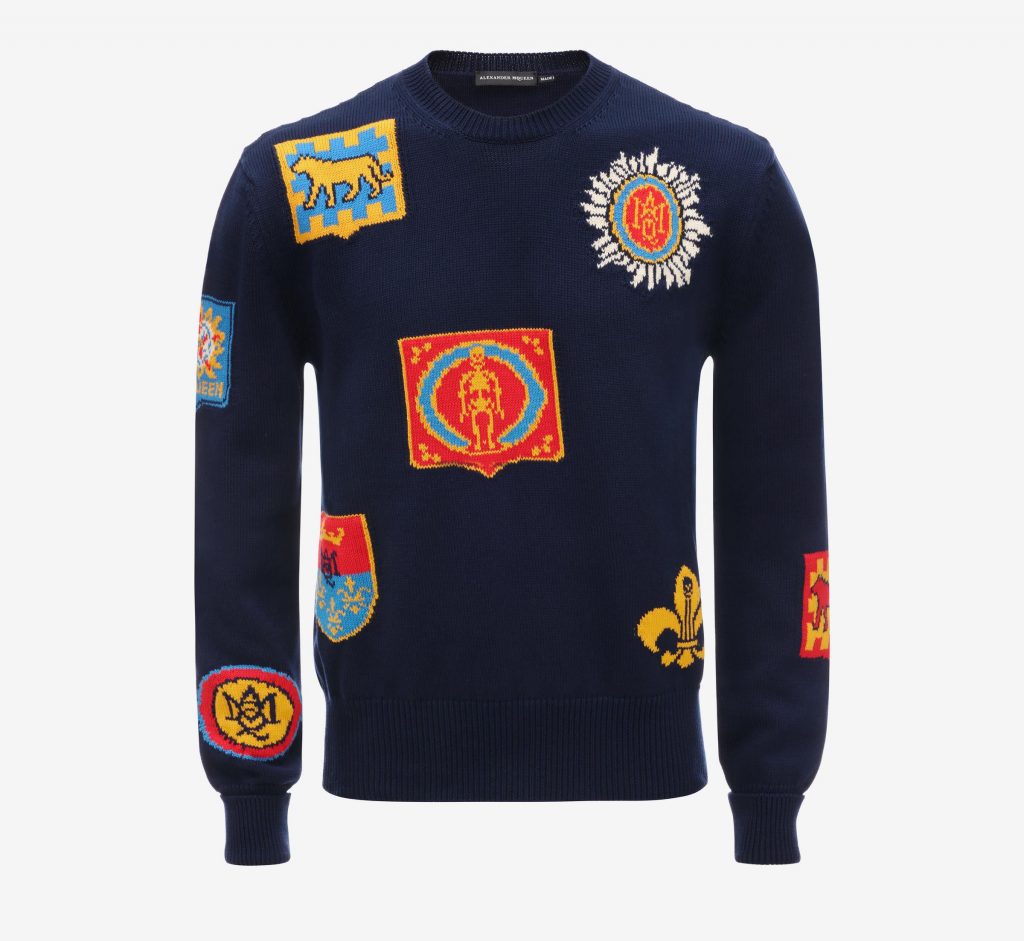 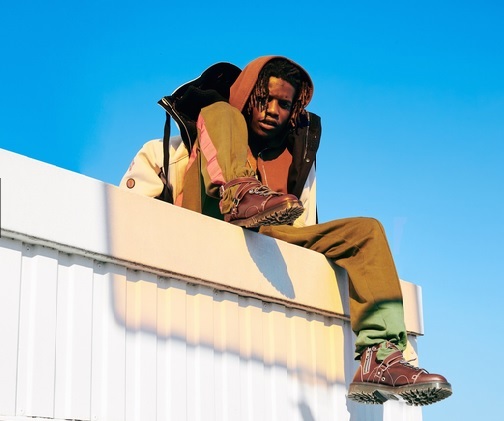