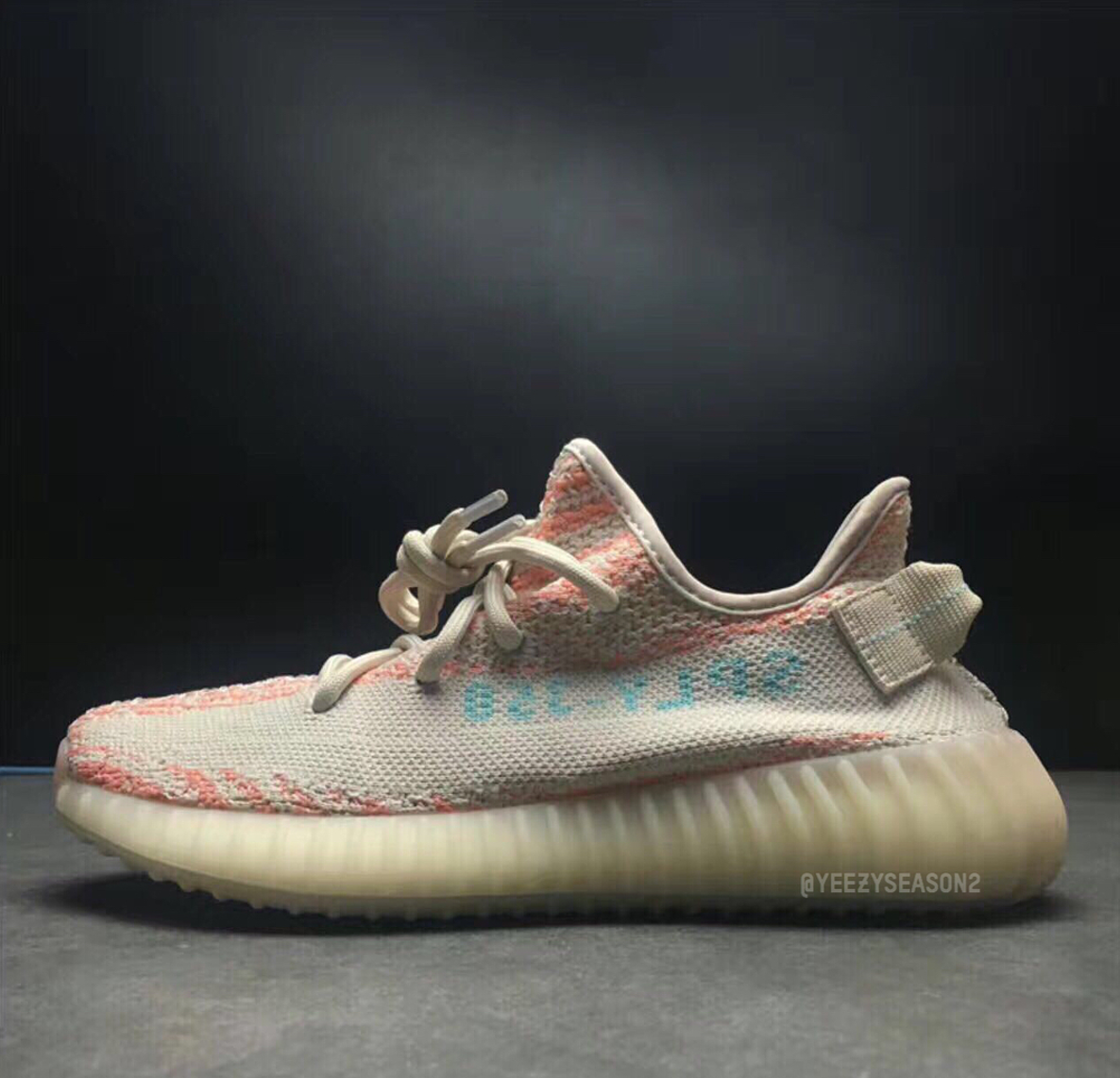 Images of a potential new colourway of the adidas Originals YEEZY Boost 350 V2 have surfaced just days after the ‘Semi Frozen Yellow’ and ‘Red Night’ colourways surfaced after being worn by Kanye himself. The Chalk Coral colourway features V2 stripes that swap between cream and coral, with blue writing on the side.

Some are saying this colourway is women’s only, whilst some are saying it’s probably a fake. Keep your eyes peeled for any more information that may leak, with another V2 drop expected to come in December, and check out all the images below. 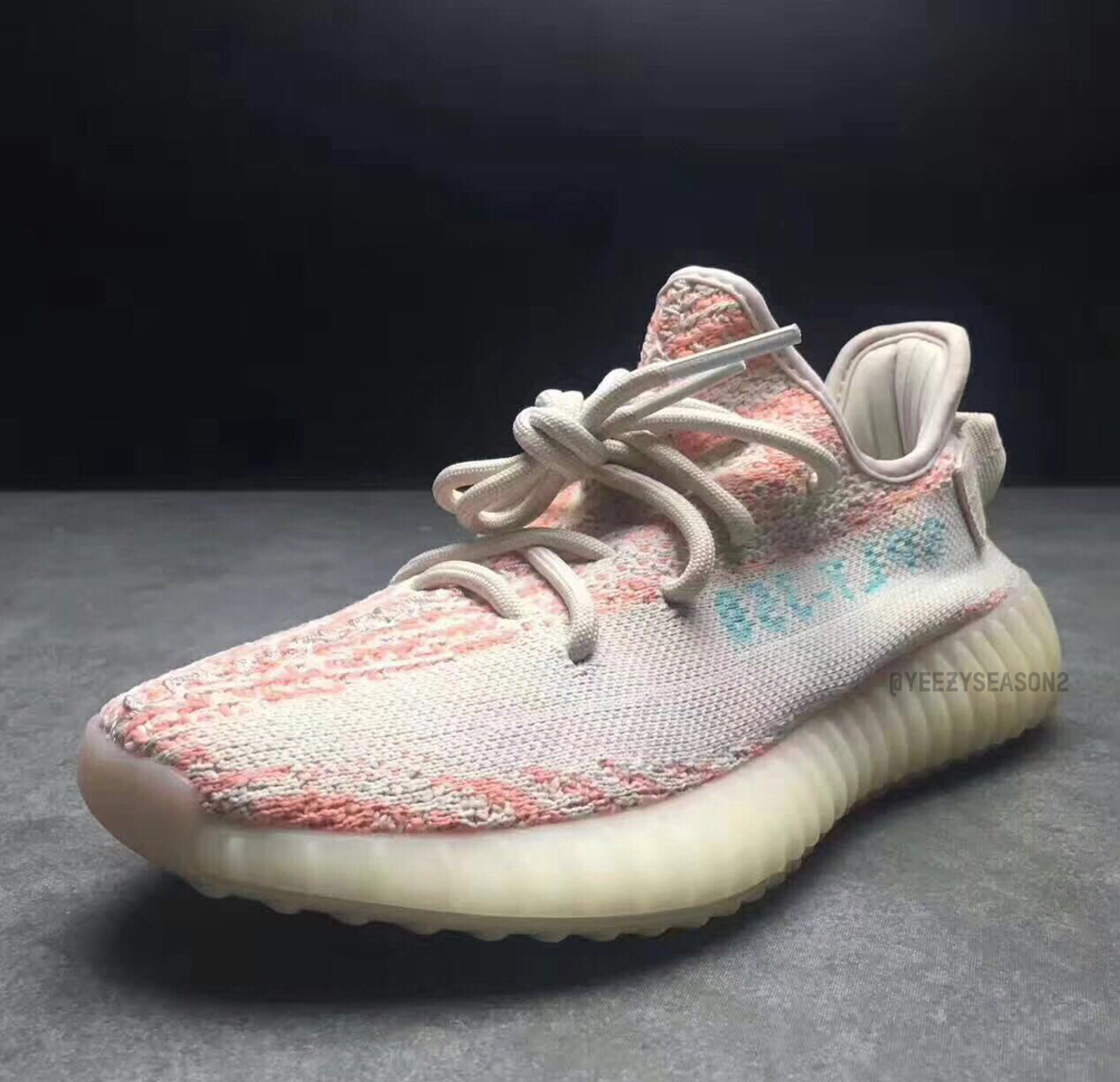 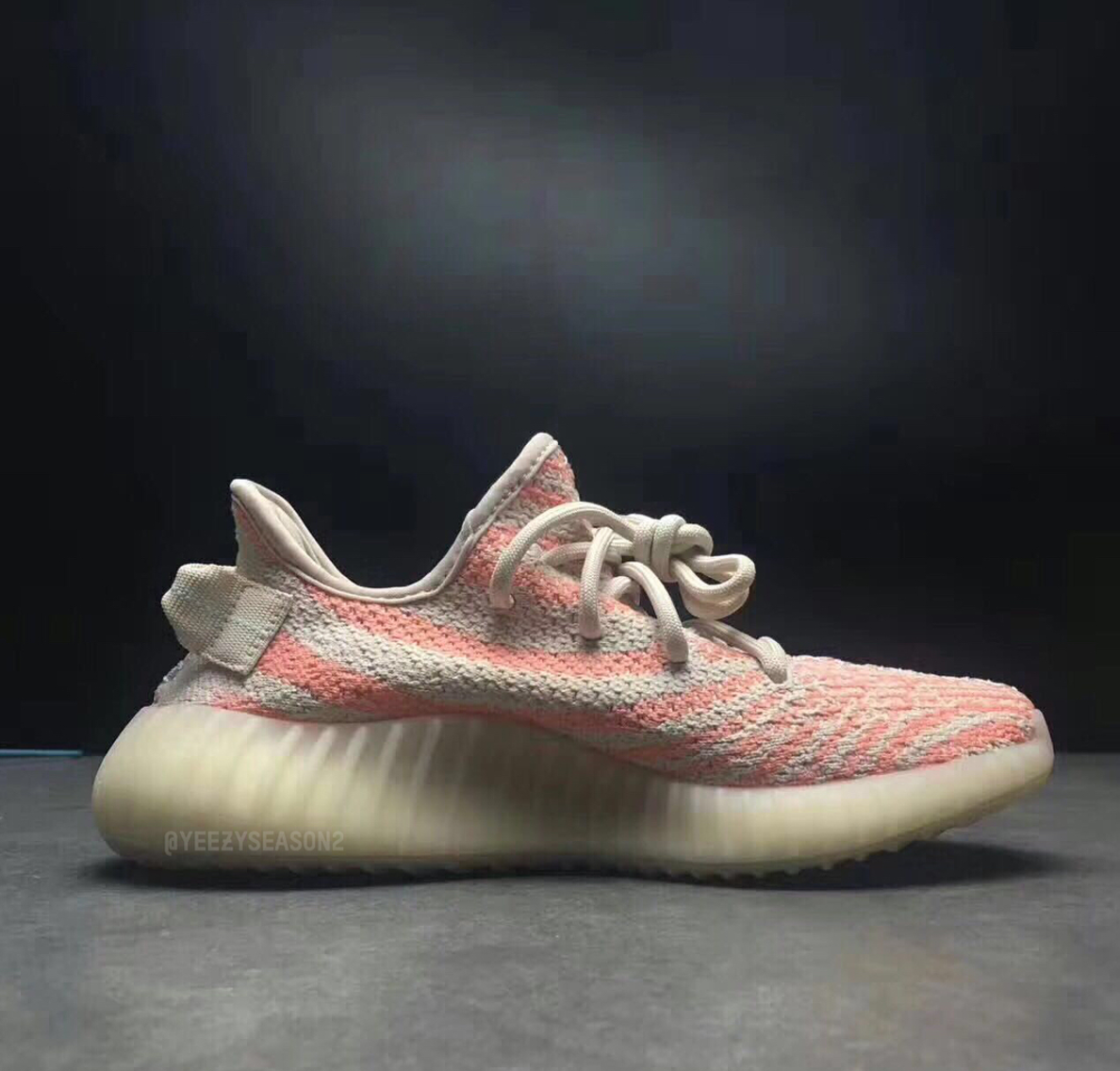 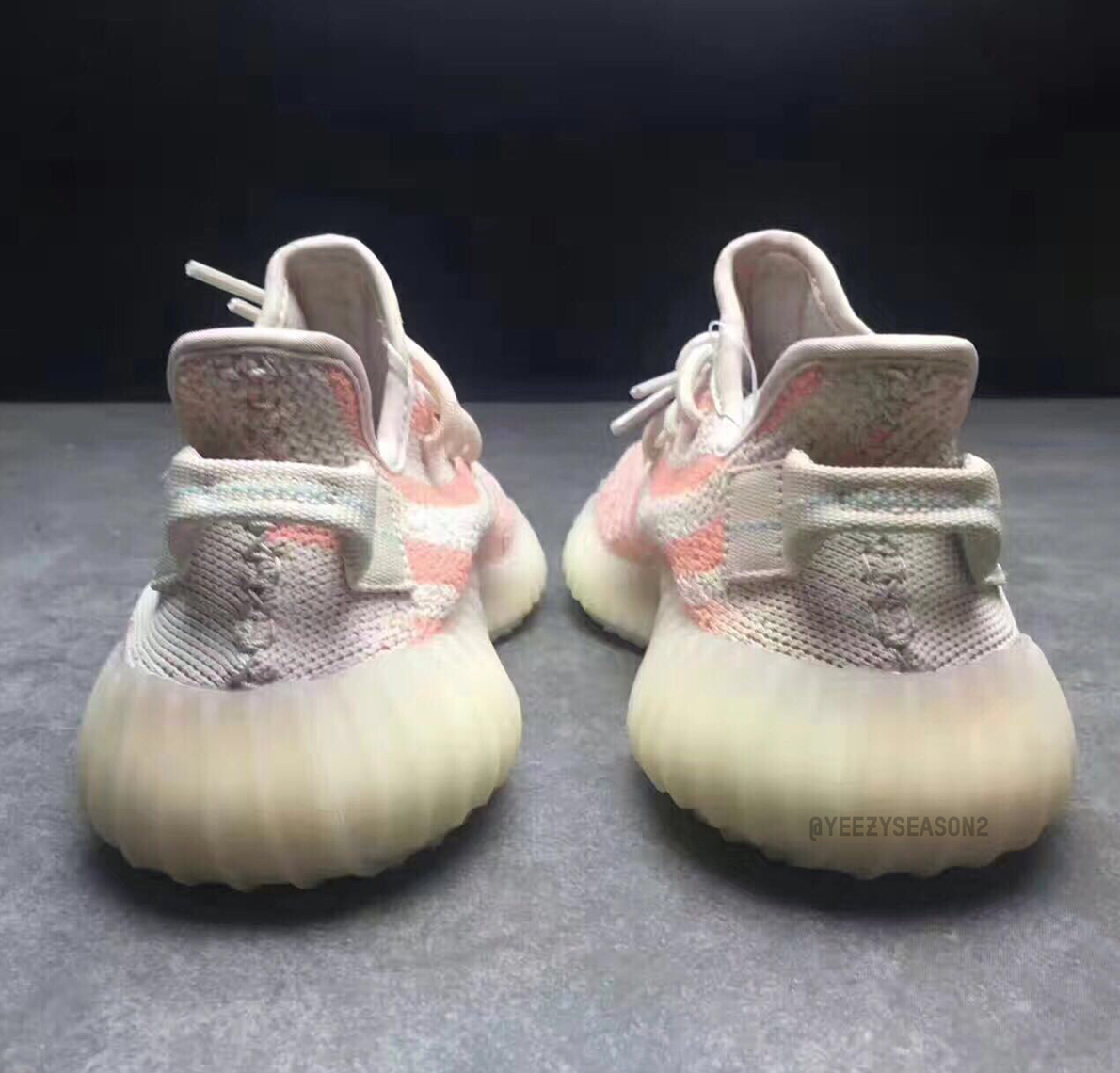 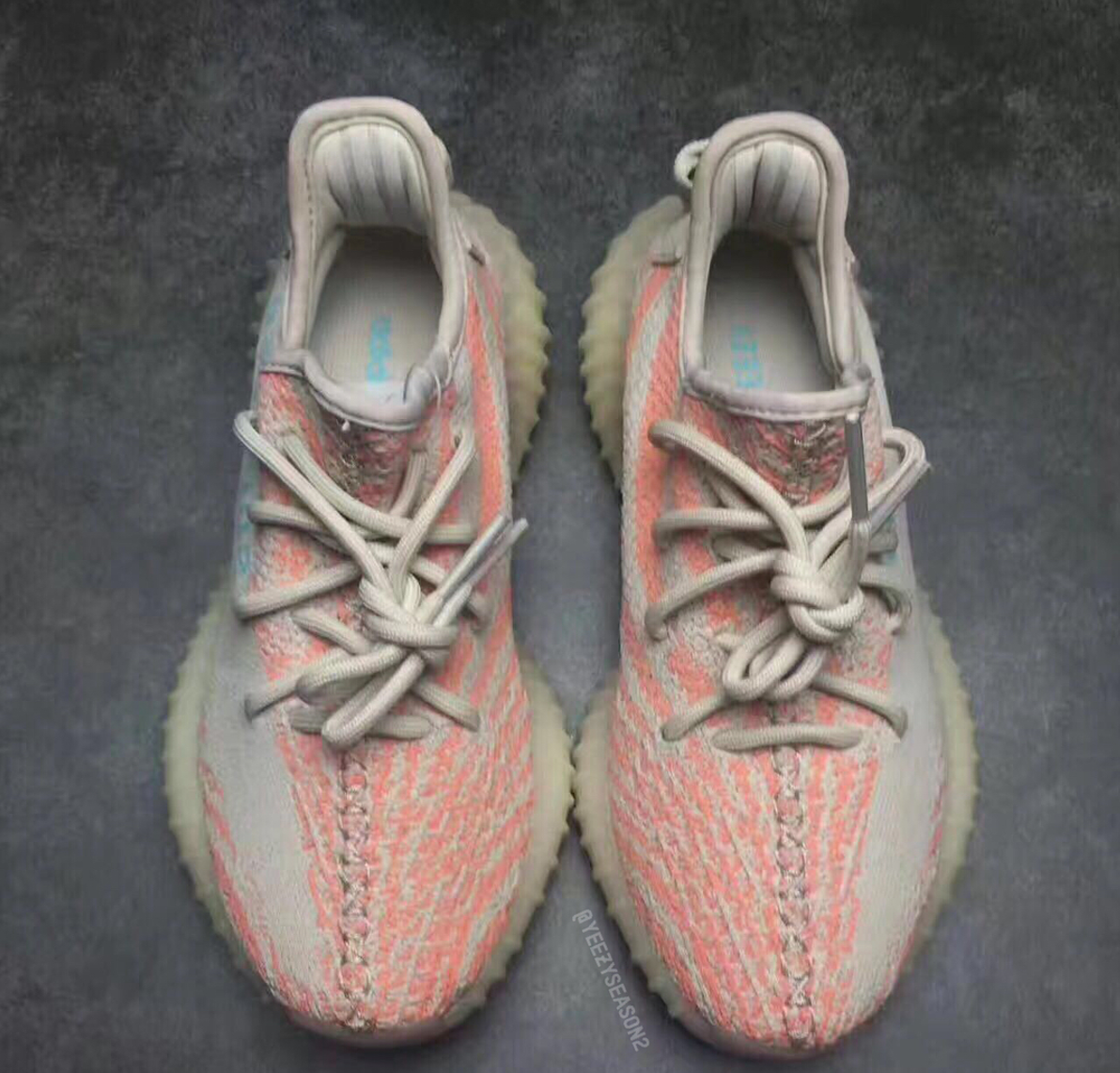 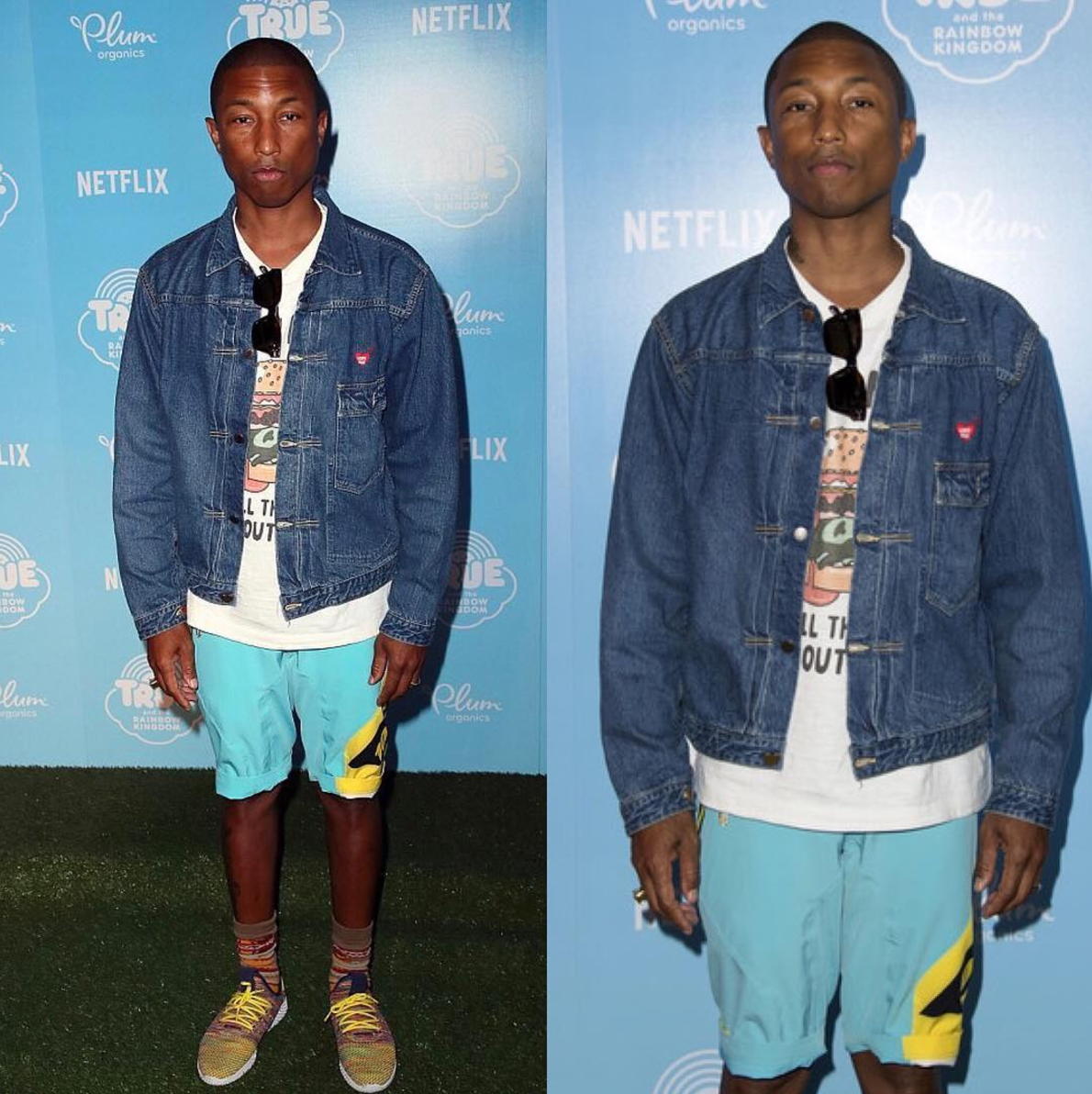