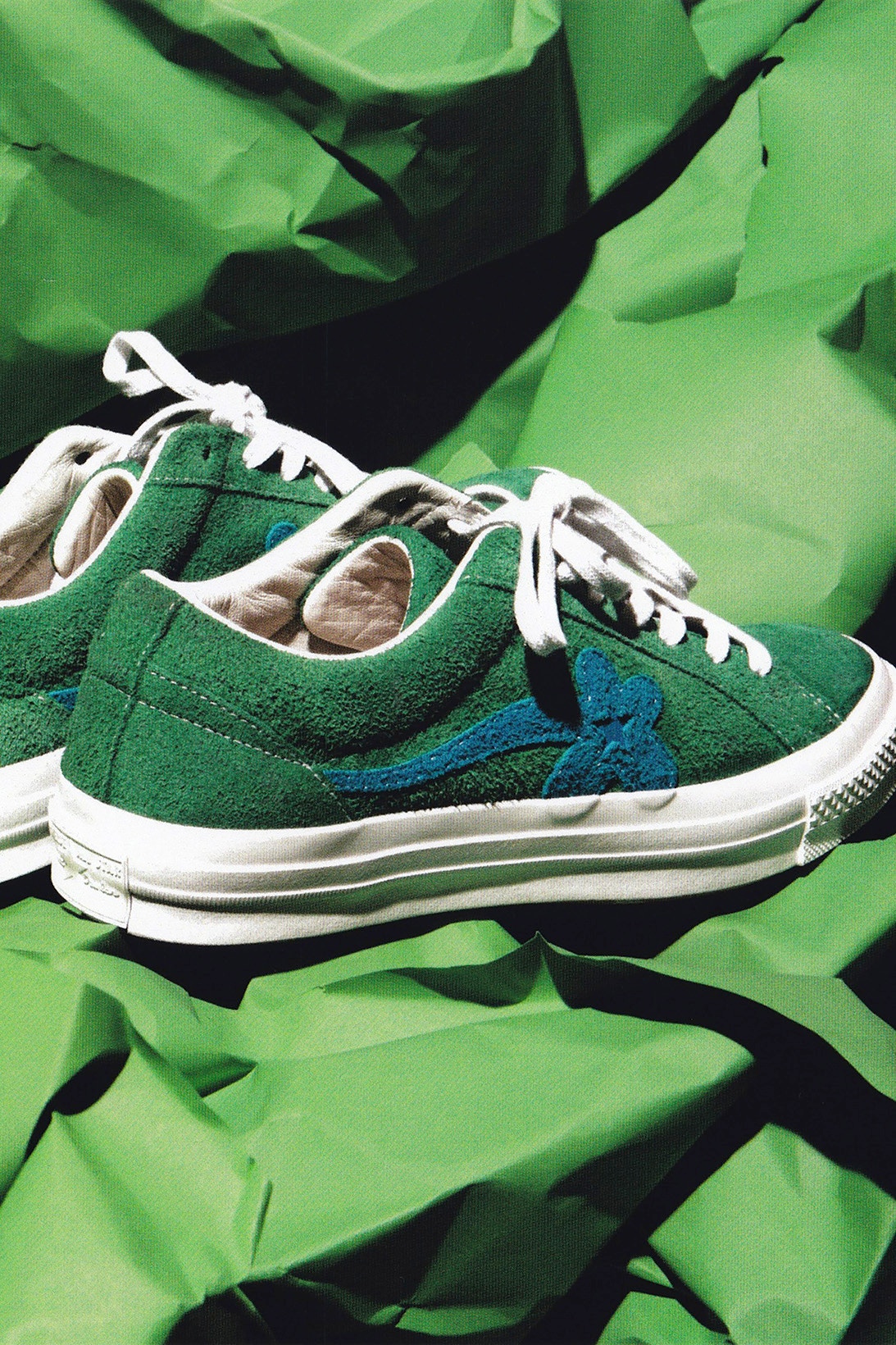 Converse and Tyler, The Creator’s brand GOLF le FLEUR have teamed up to release a capsule collection, following the release of the first Converse x GOLF le FLEUR One Star Sneakers. The sneakers which were first seen at Tyler The Creator’s fashion show last year are a take on Converse’s One Star silhouette, with a flower replacing the classic star. Graphics on the outsole, a suede upper and Ortholite sockliner also appear on the three colourways – Jolly Green, Solar Power and Vanilla. Colourways which were seen at the fashion show such as pink with a white flower and white with a pink flower do not appear to be releasing within this capsule collection, suggesting more drops are to come. The capsule collection also features a Sherpa Bomber, Sherpa Bucket Hat, Sherpa Short and Essential Pullover Hoodies. Together, Converse and Tyler celebrate freedom of expression and choice through collaborative design made for the street.

The GOLF le Fleur x Converse capsule collection will release on 2nd November via Converse, with prices ranging from £30 to £130 and the sneakers being priced at £80. Kasina in Seoul will be holding an early release date, 18th October, featuring a performance from Tyler, The Creator as well.

Check out the lookbook below, highlighting the colours of the sneakers within the mirrored backdrop. Which one is your favourite? 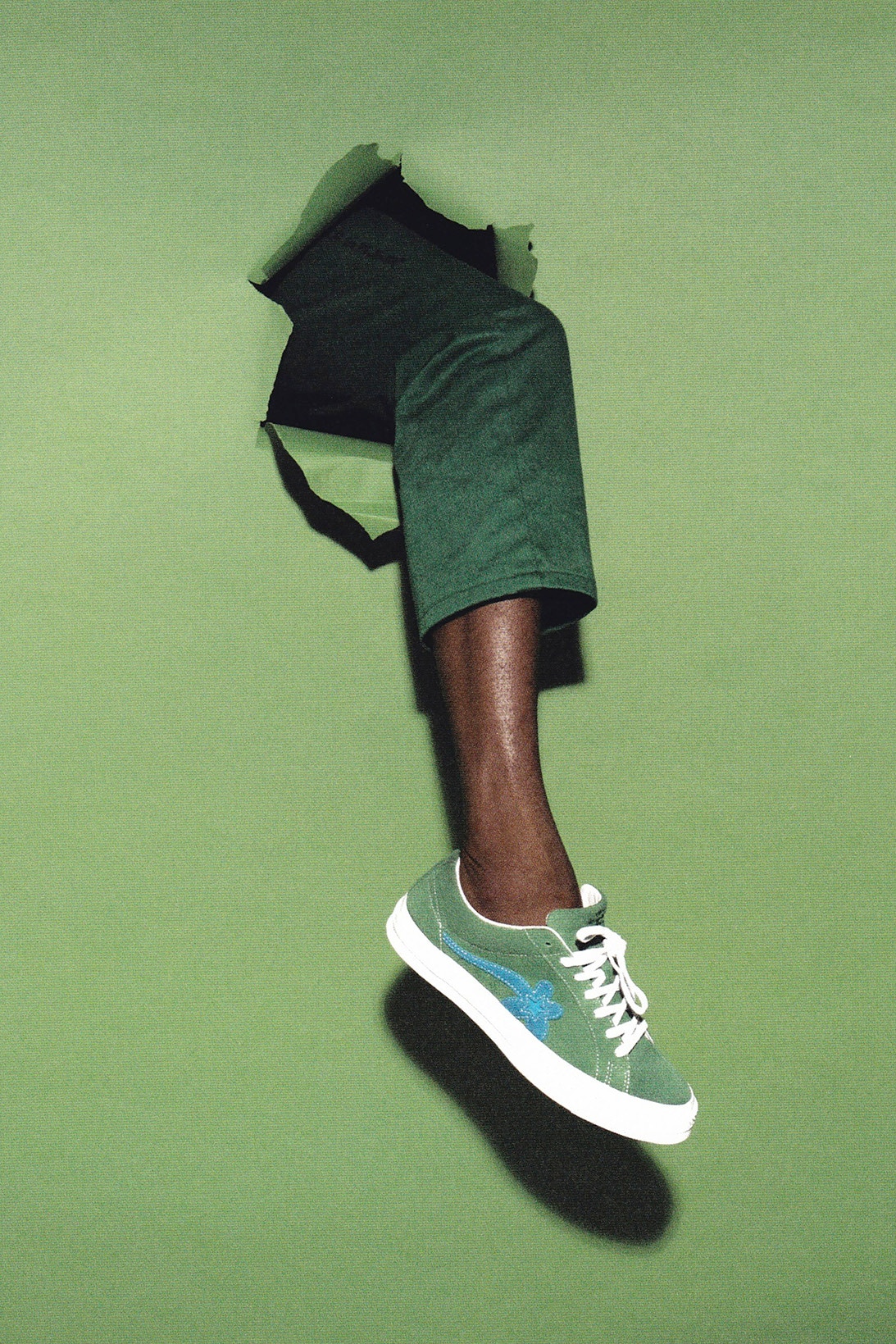 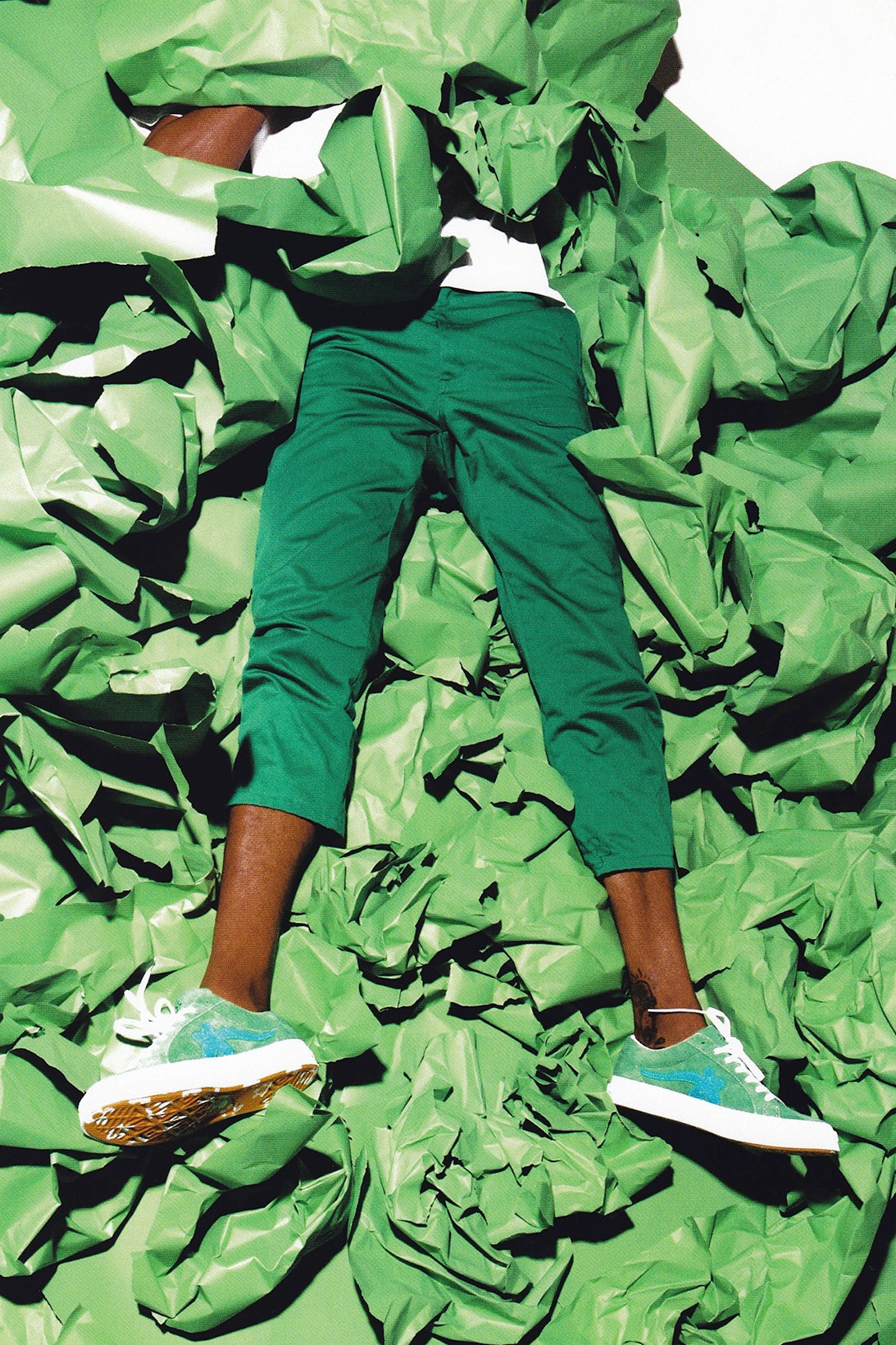 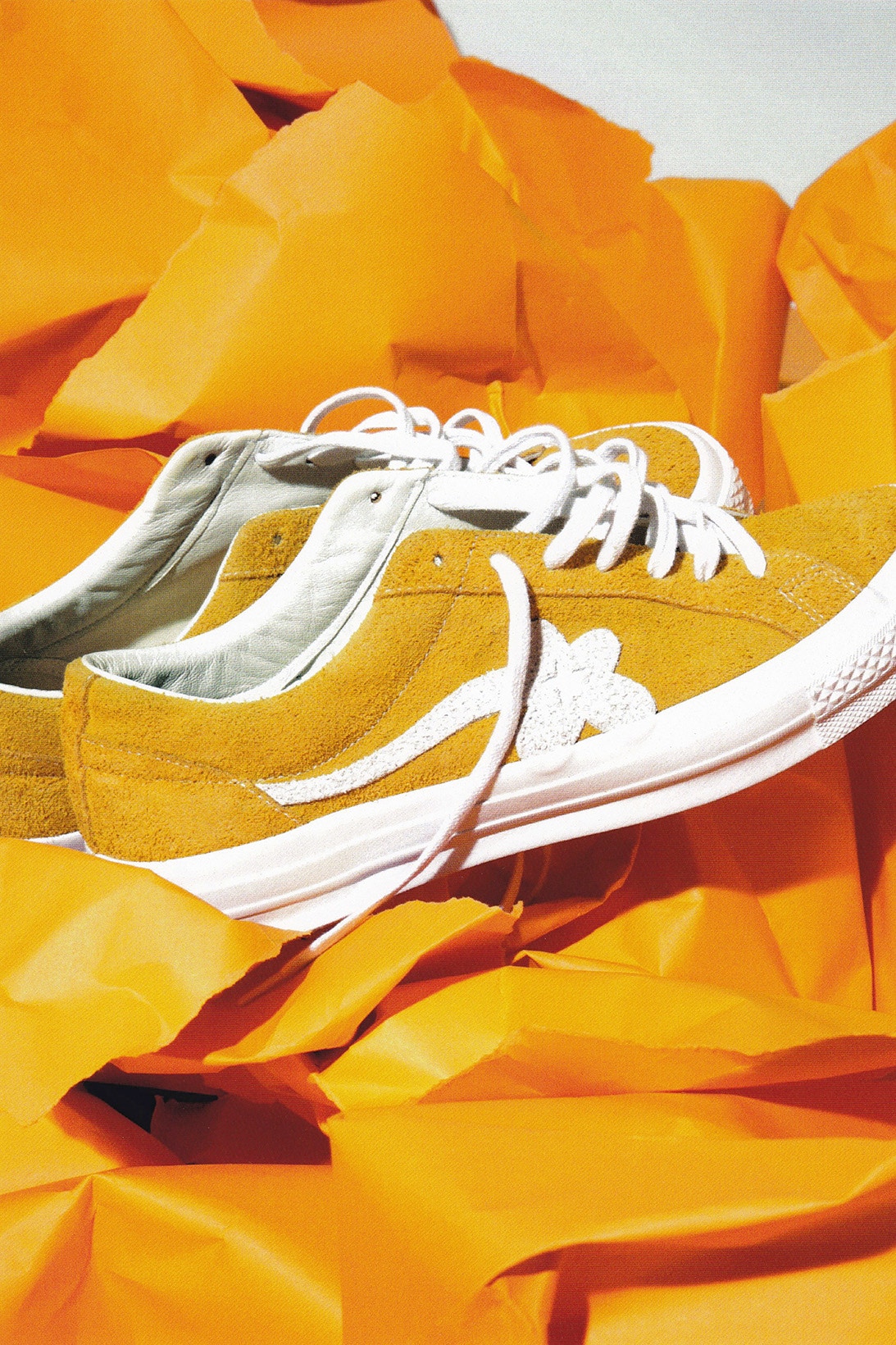 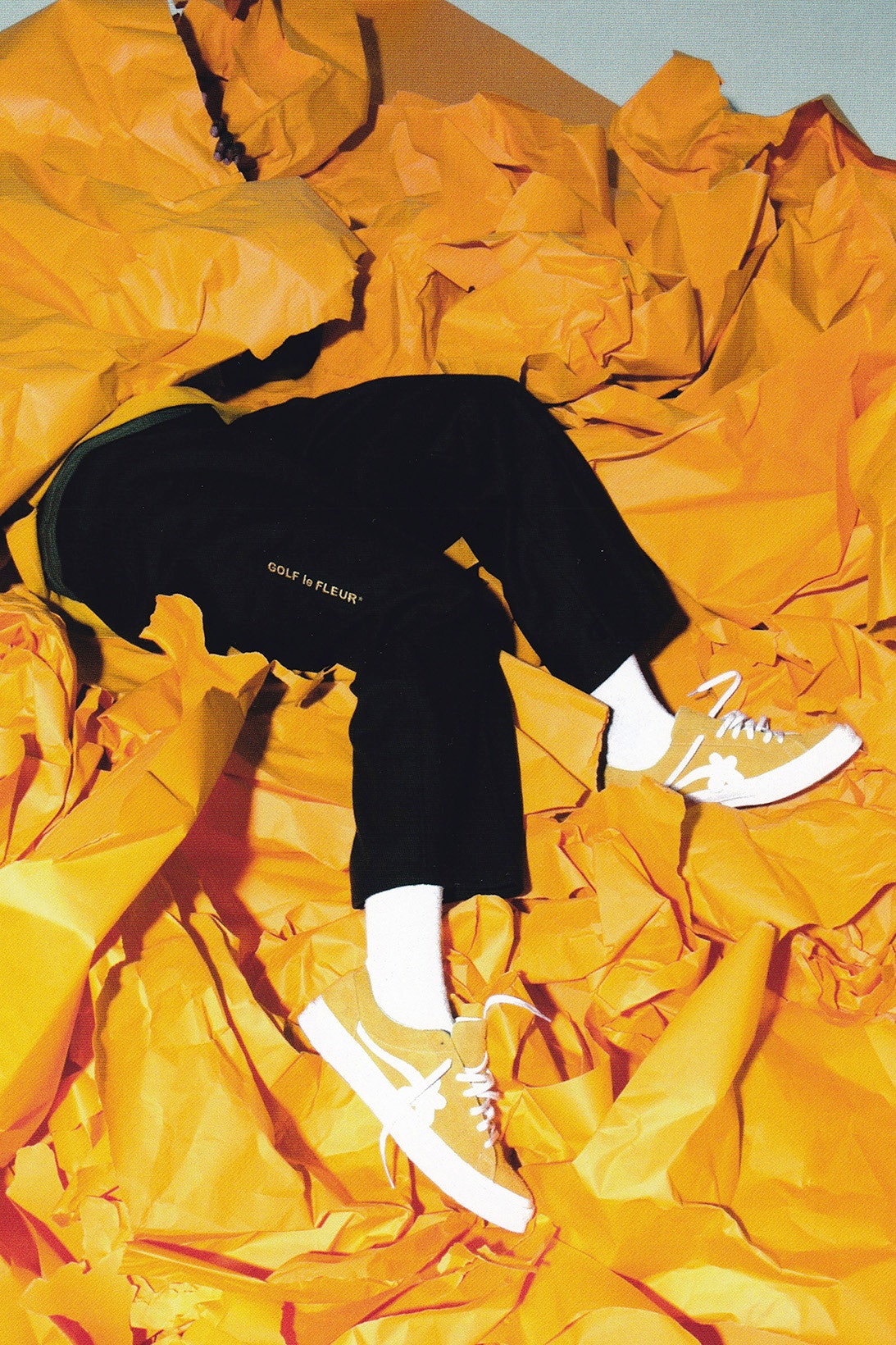 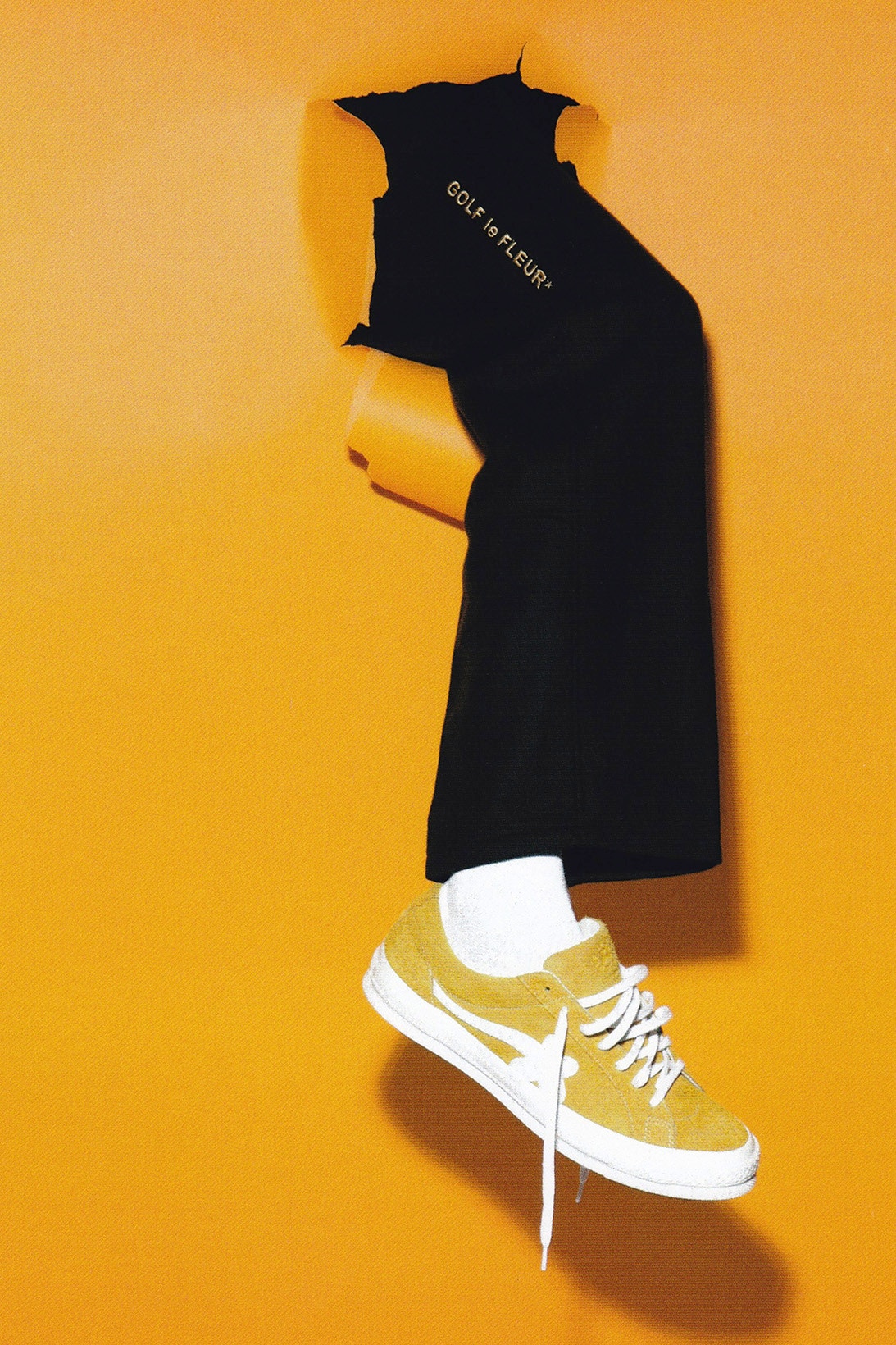 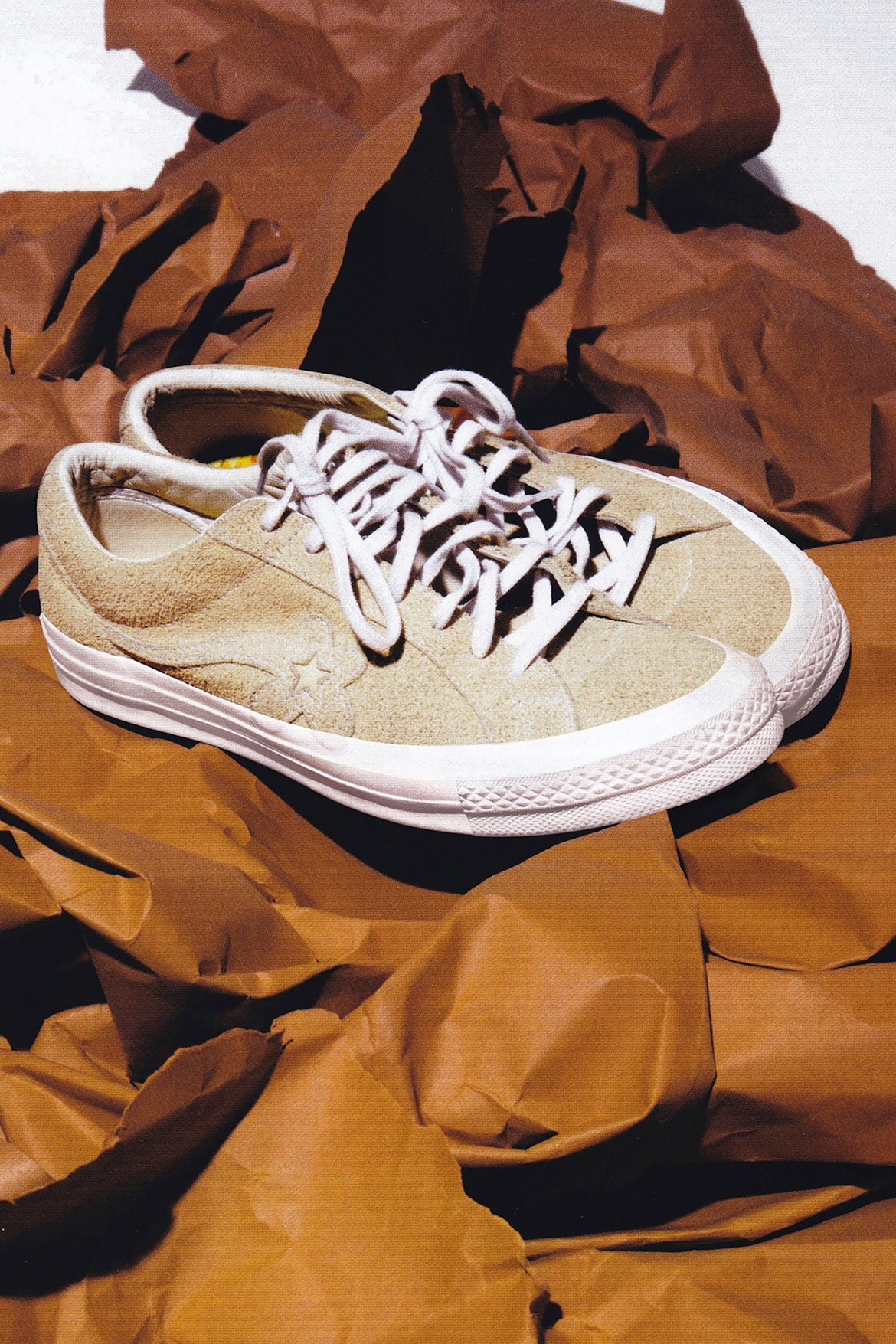 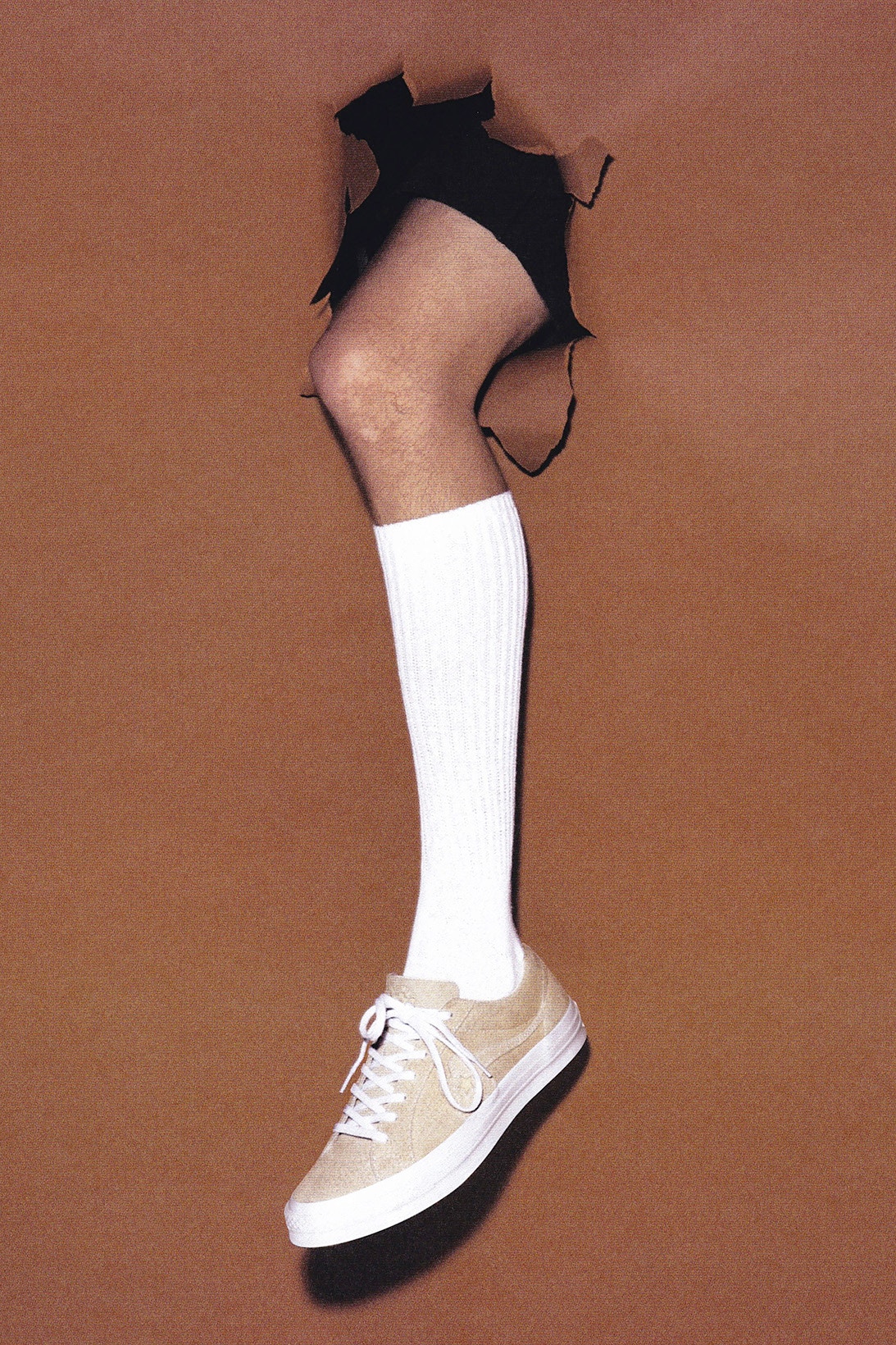 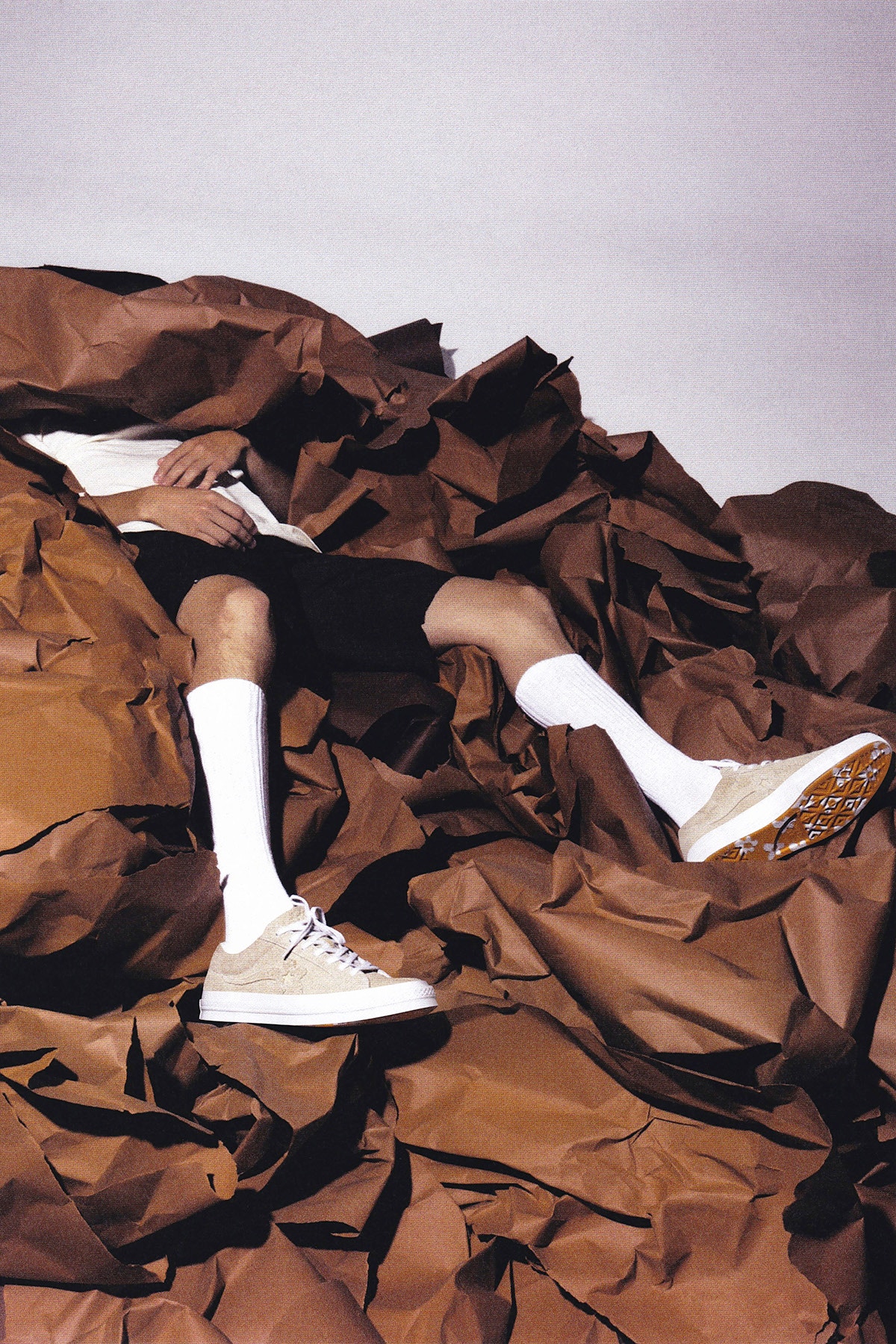 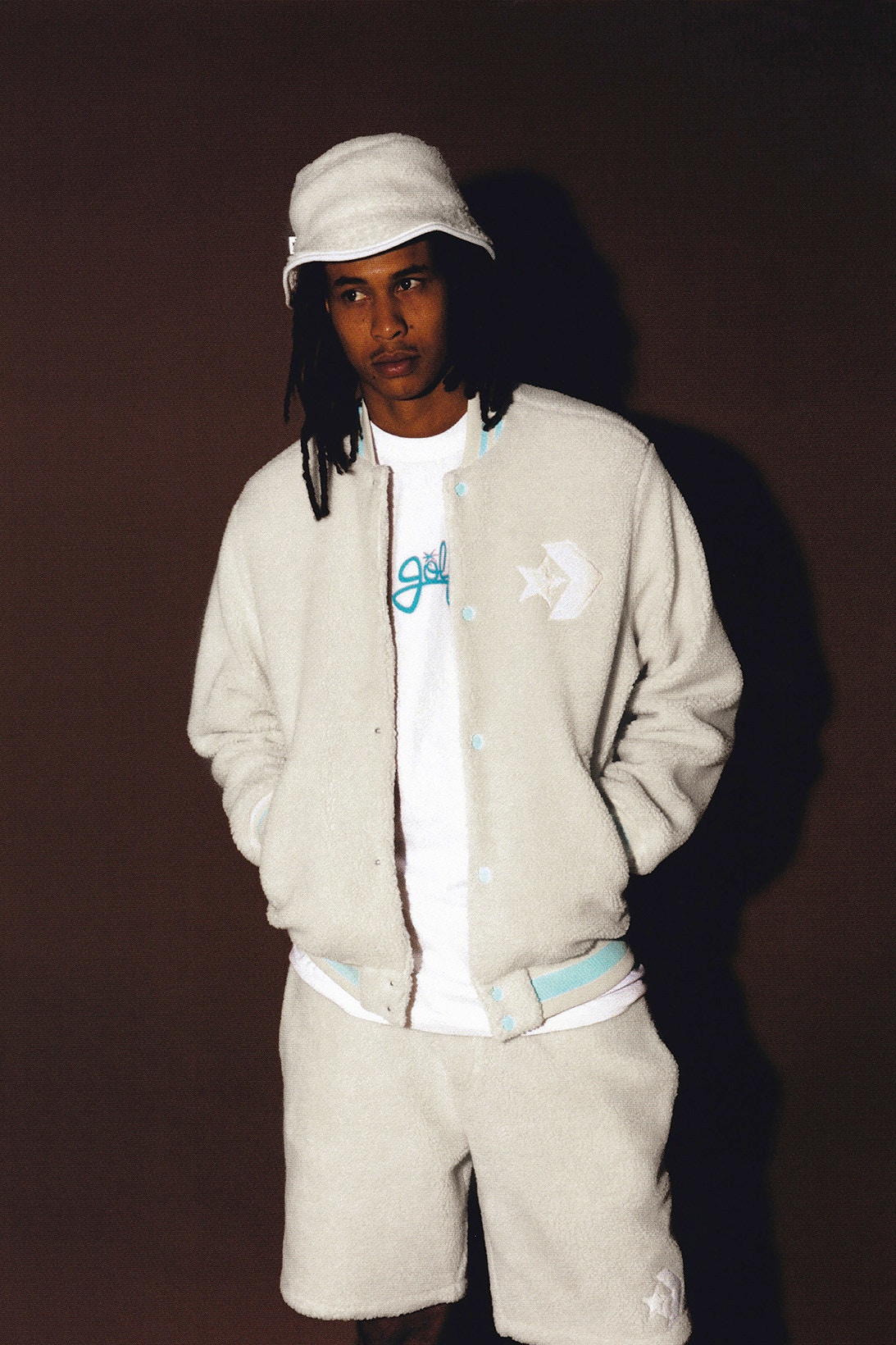 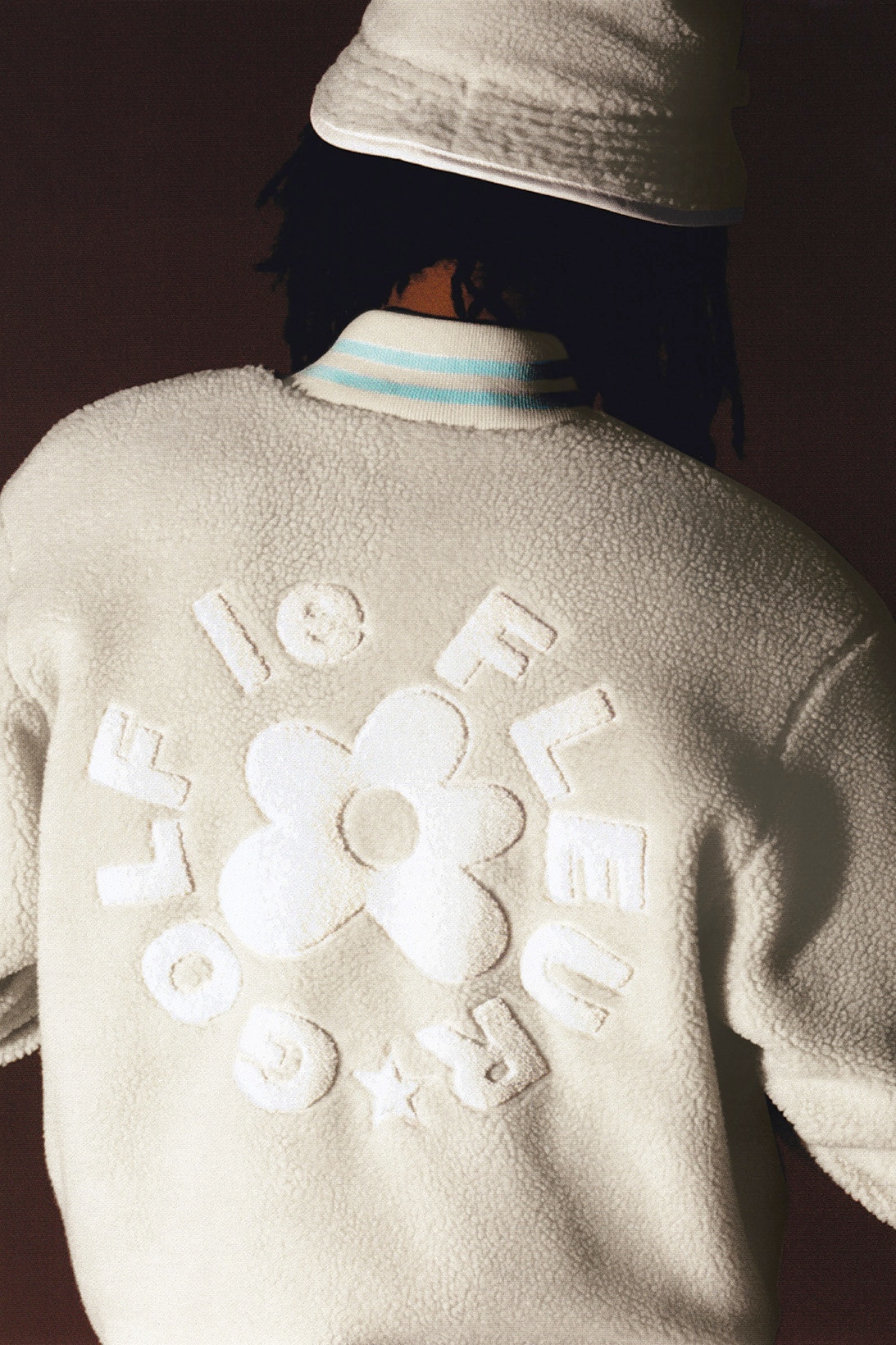 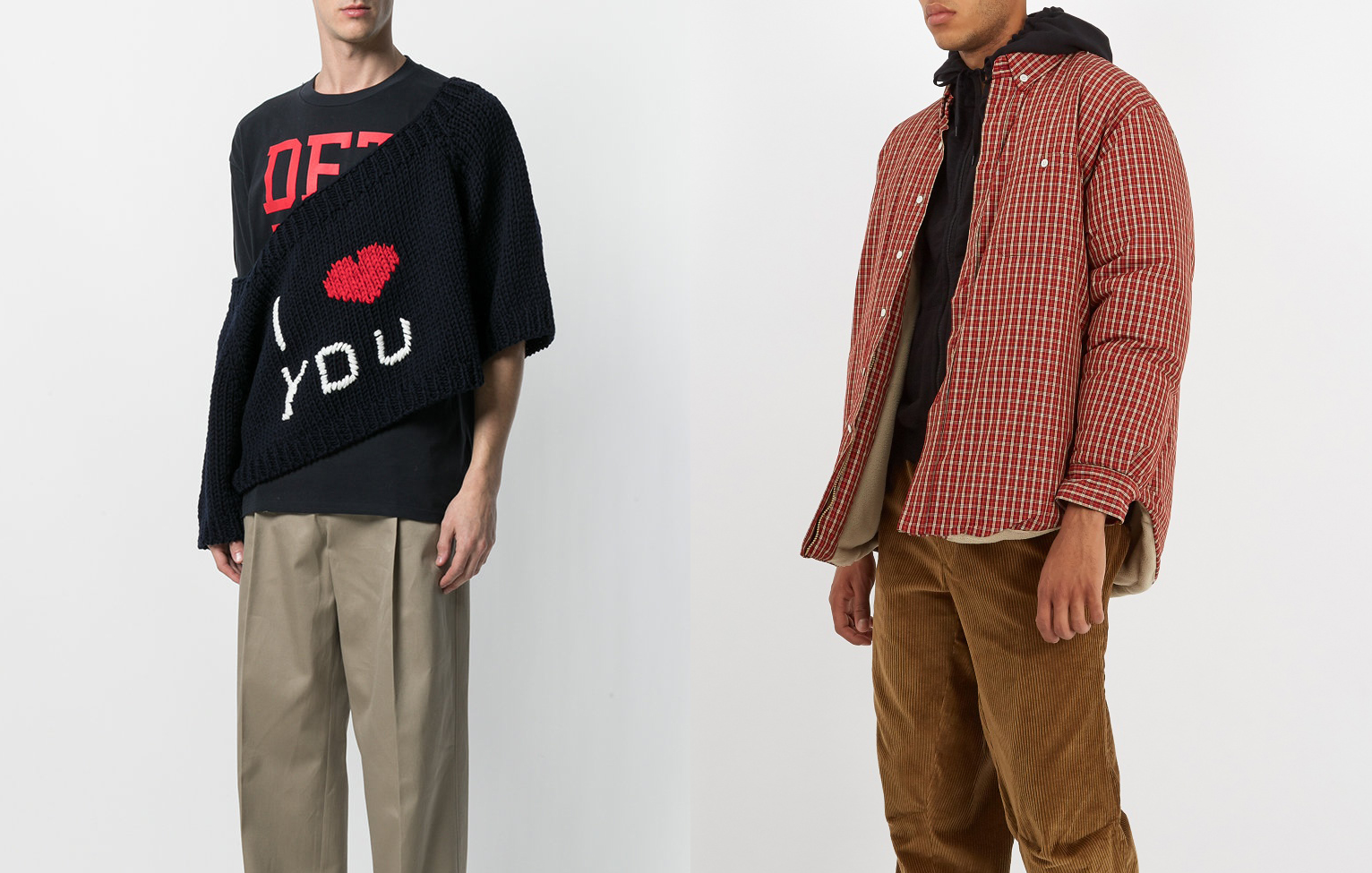