Co-signed by Yeezy himself.

A lot has been said about what Kanye West’s choice of footwear, as the free-thinker wore his new YEEZY brand slides with a bespoke mint green Louis Vuitton suit while to 2 Chainz’s wedding.

As flicks of Ye’s outfit started surfacing online, fans noticed that the shoes were clearly a few sizes too small and the memes shortly followed, making their way across the internet. Diet Prada has decided to commemorate the undersized sandals, debuting a T-shirt with custom illustrations of Kanye West donning his tiny sandals and socks. Leading with love, Mr West himself jumped on Twitter to co-sign and express approval of the parody T-shirt.

Kanye also took to Twitter to explain the inspiration behind the ill-fitting sandals, stating in a tweet that it was ‘The Japenese Way’.

You can shop Diet Prada’s Parady T-shirt here. See the Kanye West co-signed T-shirt in the image below: 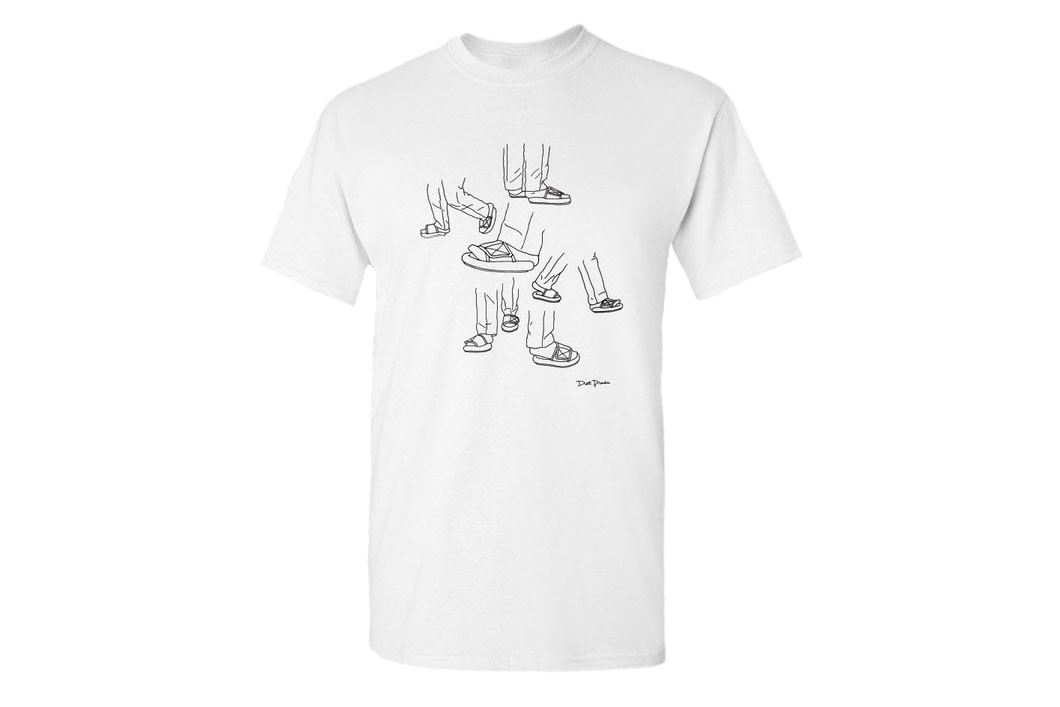 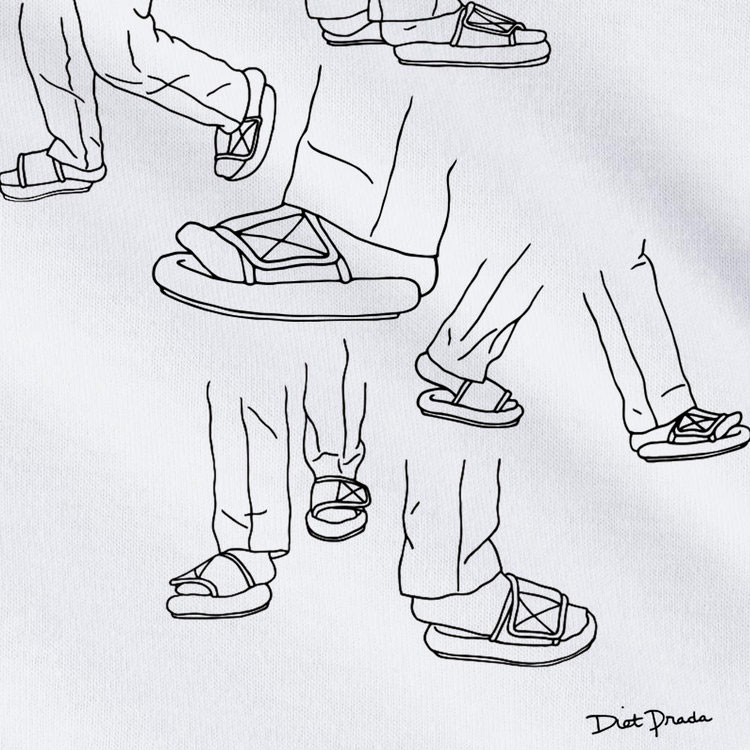