Rapper and JUST Water founder Jaden Smith is a cover star for Flaunt Magazines 165th issue. Seen wearing a complete Louis Vuitton fit and an interesting new haircut, the Actor and designer sported a suit with no top underneath, an ‘LV’ branded belt and his usual array of jewellery.

Having recently performed on top of a Tesla at Coachella, the outspoken 20-year-old is never far from the headlines. He will be aware that his latest haircut, which he flexed in the magazine, will fill a few more, as the young creative has shaved half of his hair which is dyed blond.

In his interview, Jaden, who is known for his thought-provoking words, commented;

“There are definitely a lot of people out there spreading positive messages. For me, personally, I want to continue to build platforms so other people don’t have to start something new… I think it’s important for us to keep starting nonprofits and to keep doing powerful things so we all can help each other out. That’s the most important thing.”

Check out Jaden’s black and white photoshoot below and read the rest of the interview here where he addresses the Flint water crisis and his album Syre. 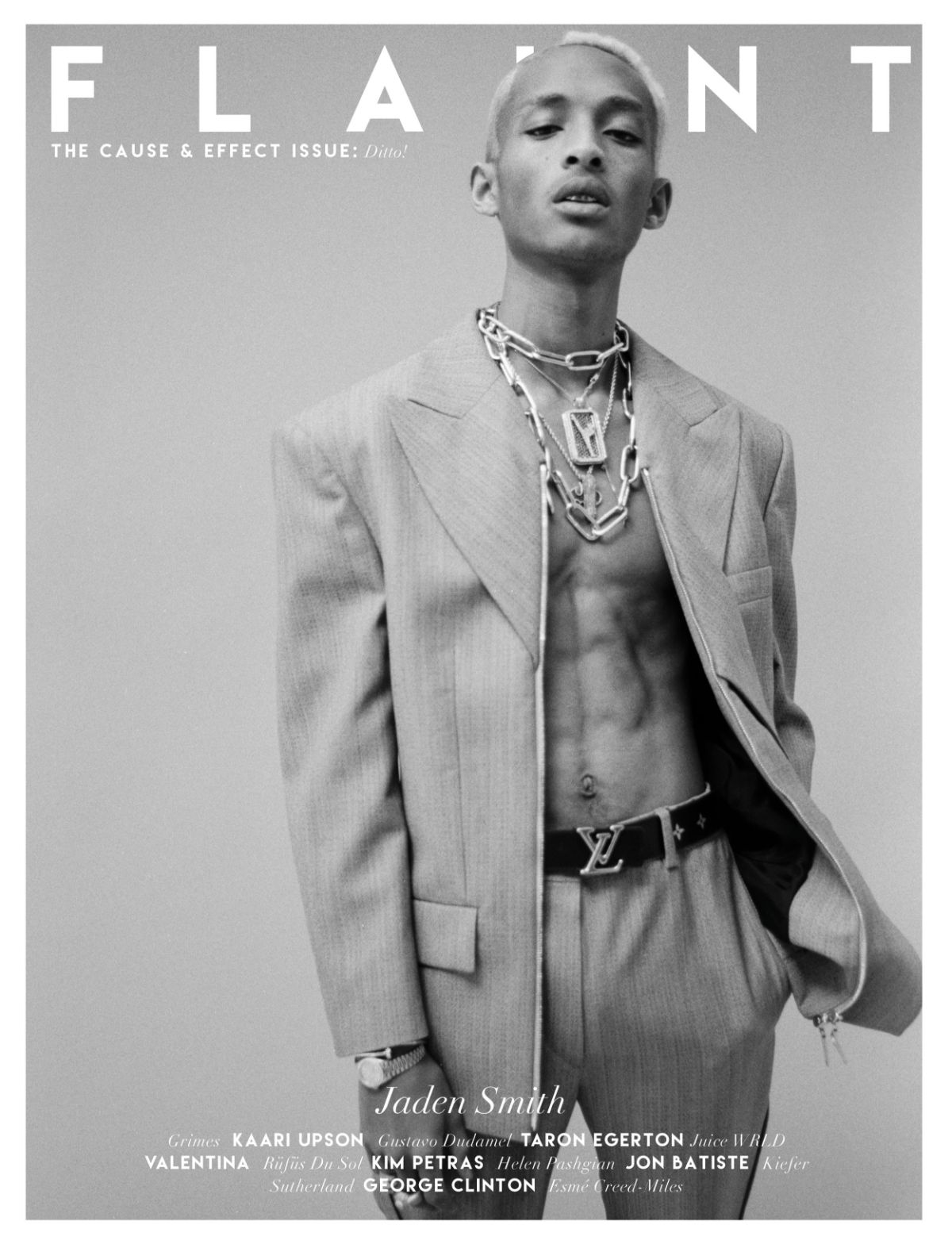 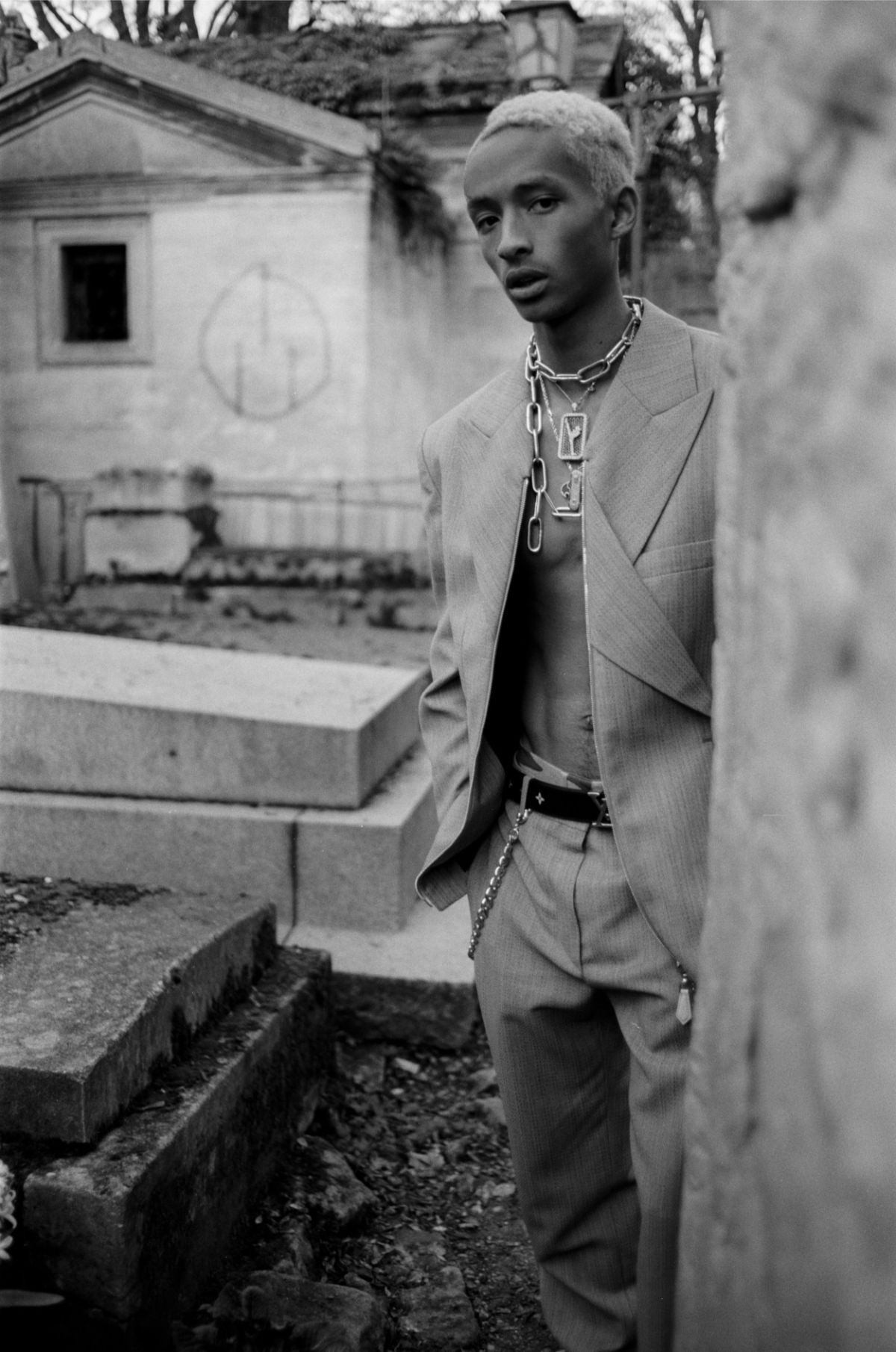 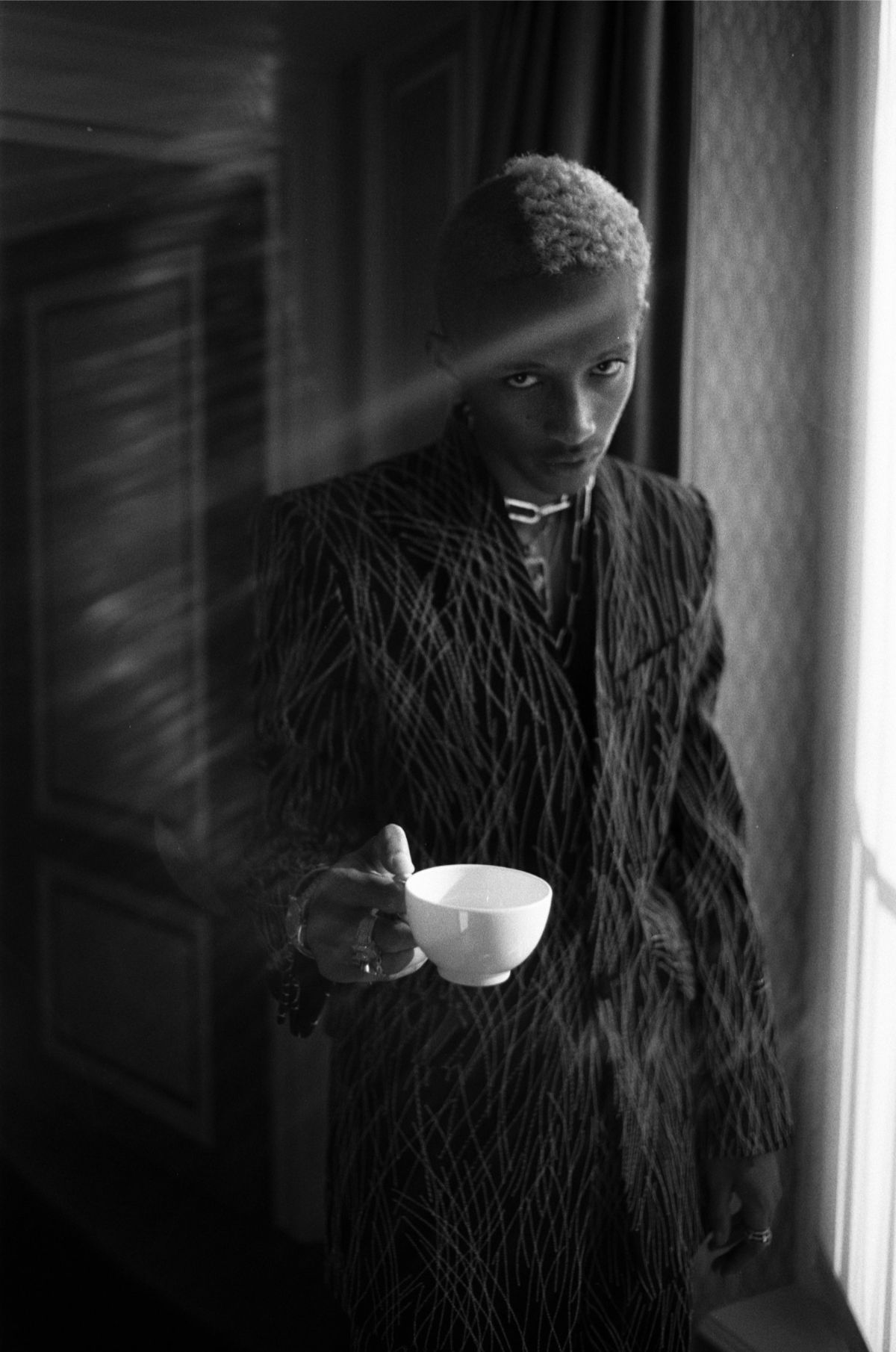 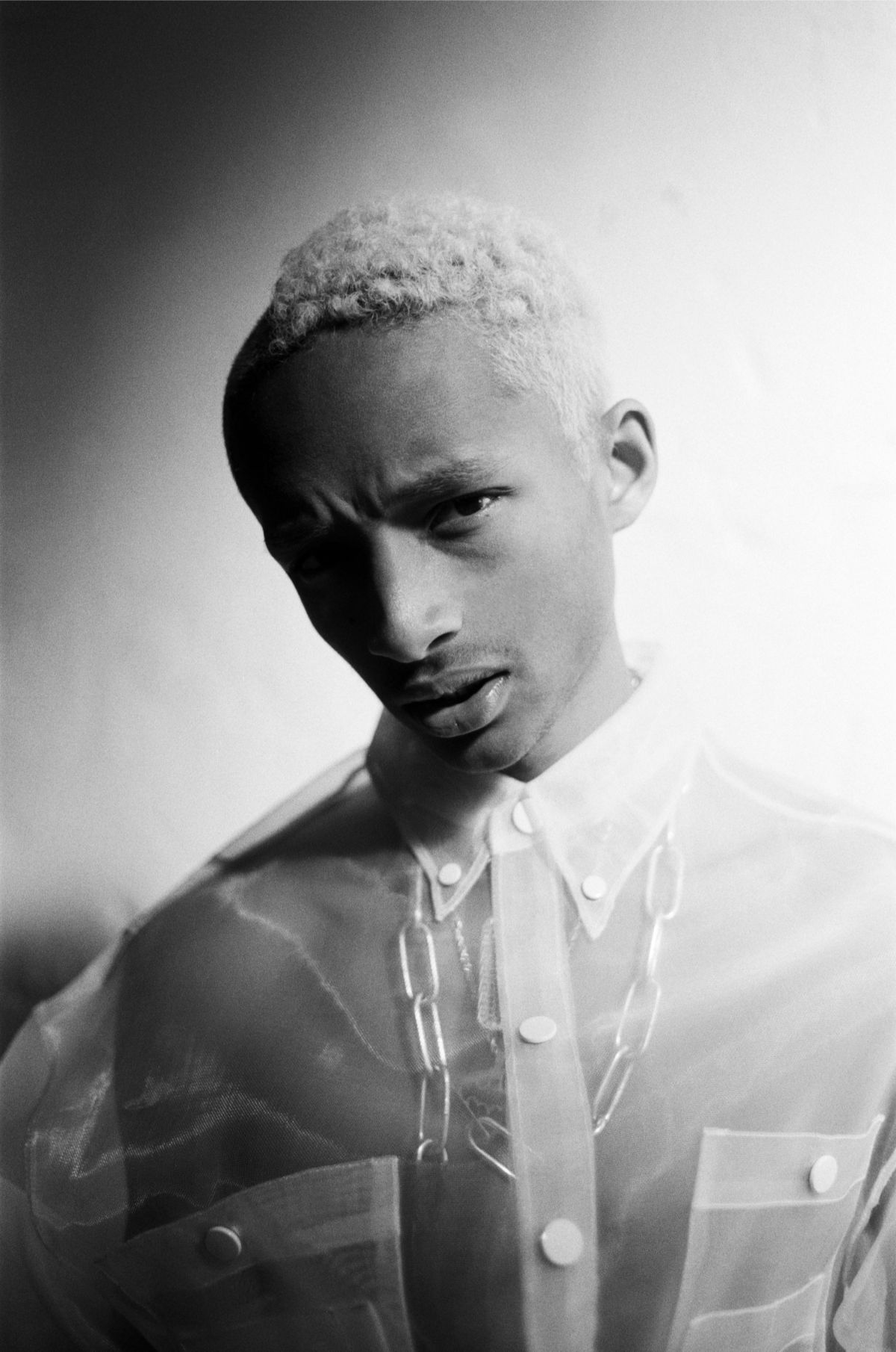 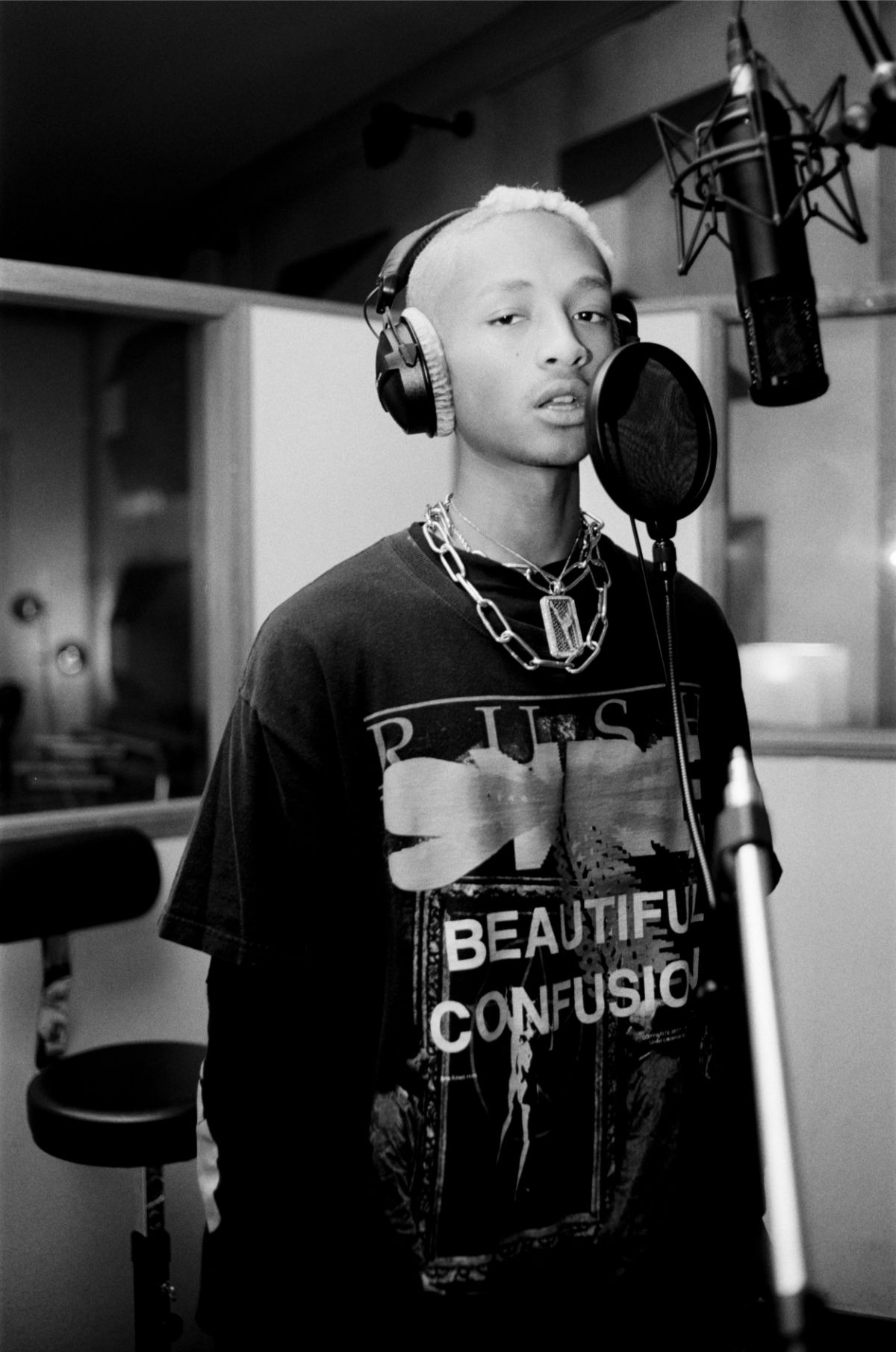 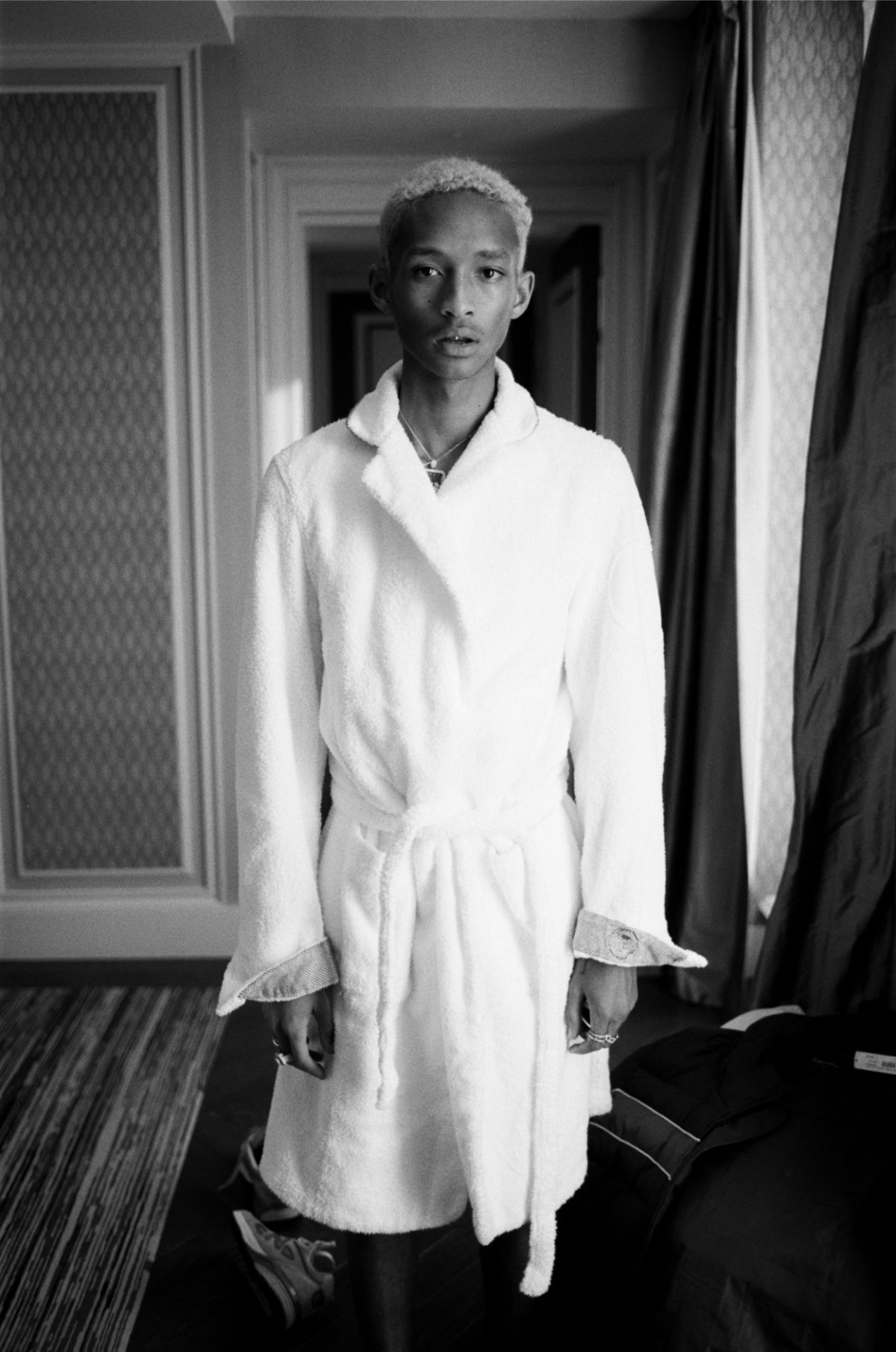 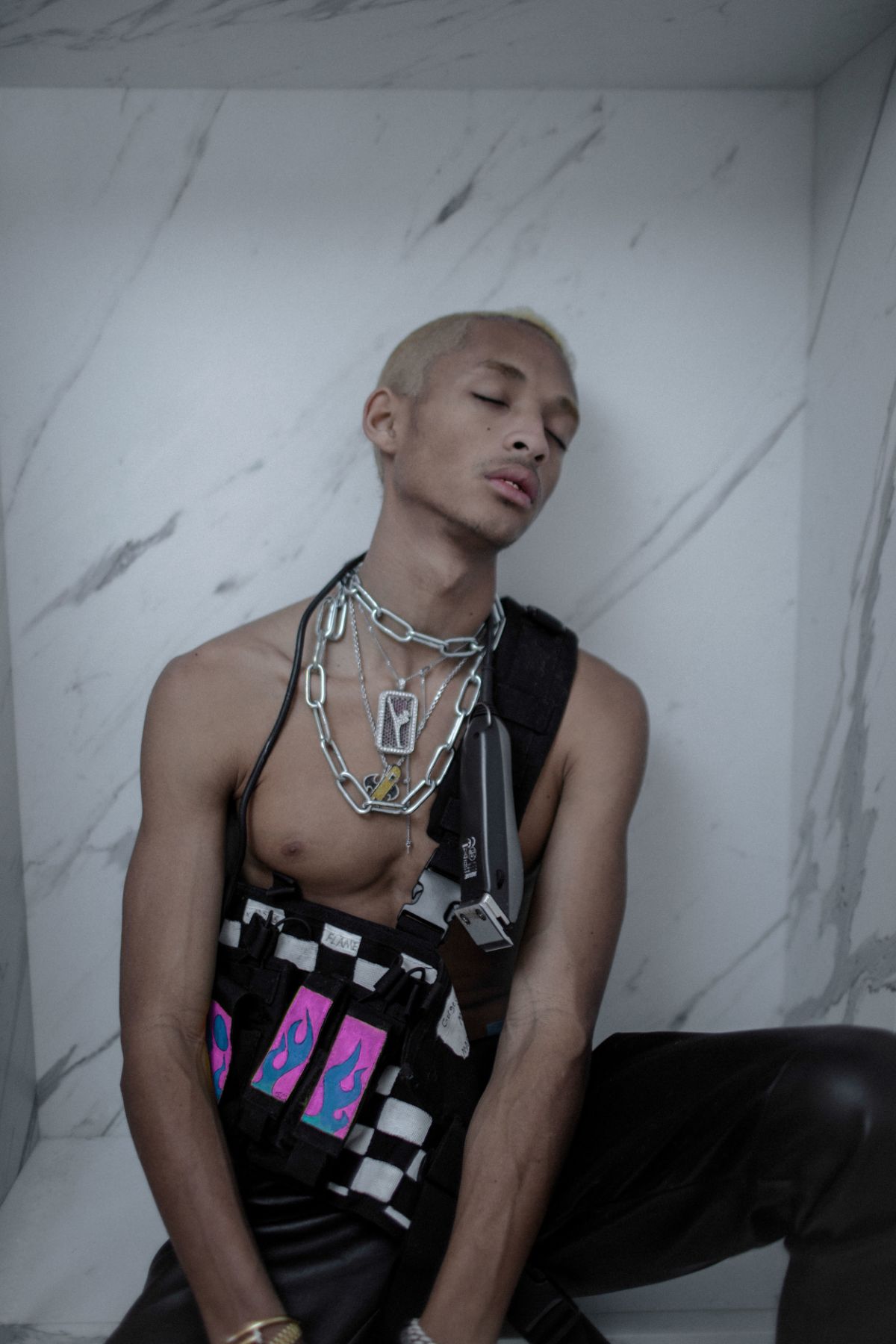 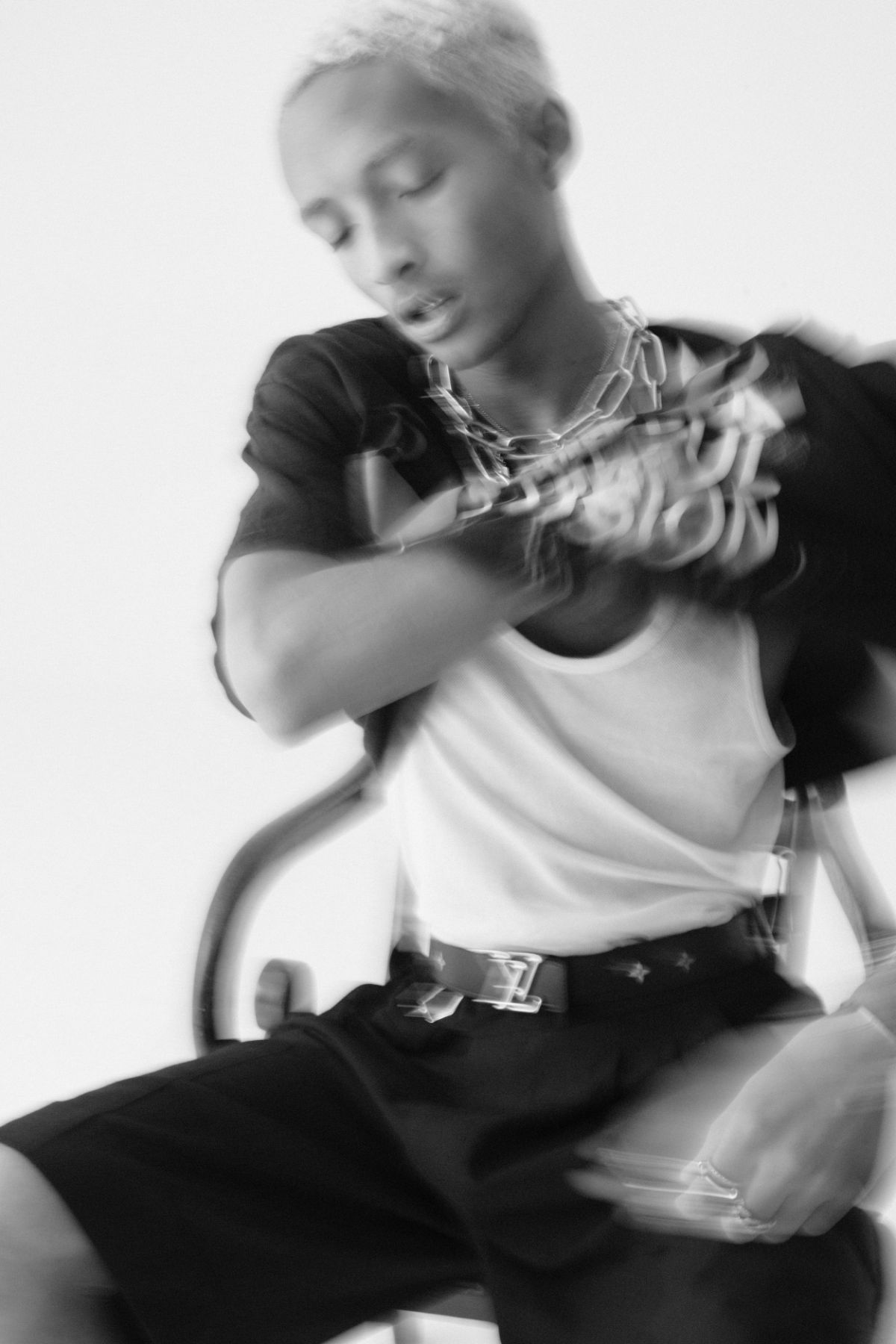 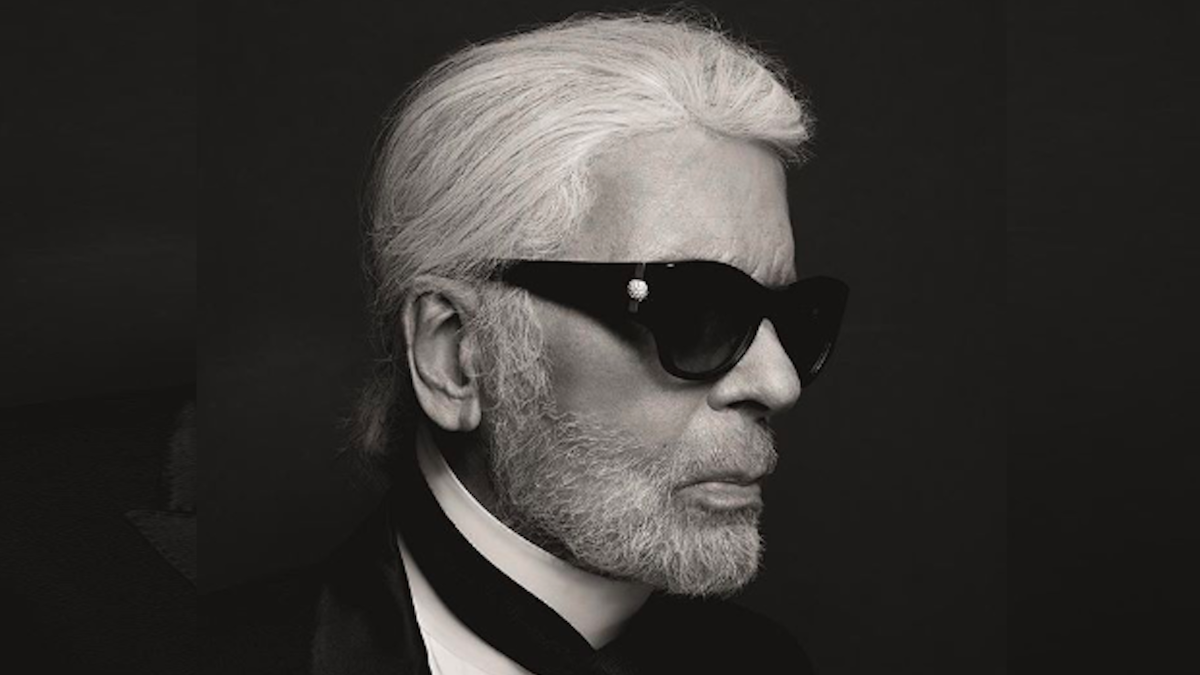