Special thanks to:  The Arches & ADAKA Vodka

“I think that’s the best way when you just let the song write itself.”

Tanzanian born Tiggs Da Author, is a man with a vast wealth of talent. Singer, songwriter, rapper and producer- his musical abilities allow him to move between the genres of jazz, soul, Afrobeats and grime, alongside a hint of Motown- with effortless ease and to broad appeal. This year welcomes the release a new project; a mixtape paying homage to the reggae and dancehall roots of his youth- a collection of “Riddims” collaborating with some of his personal favourite artists, while an eagerly awaited debut album is slated for release in the coming year.

PAUSE sat down to talk to Tiggs about his musical endeavours and the near miss that almost saw another career altogether entirely in football. 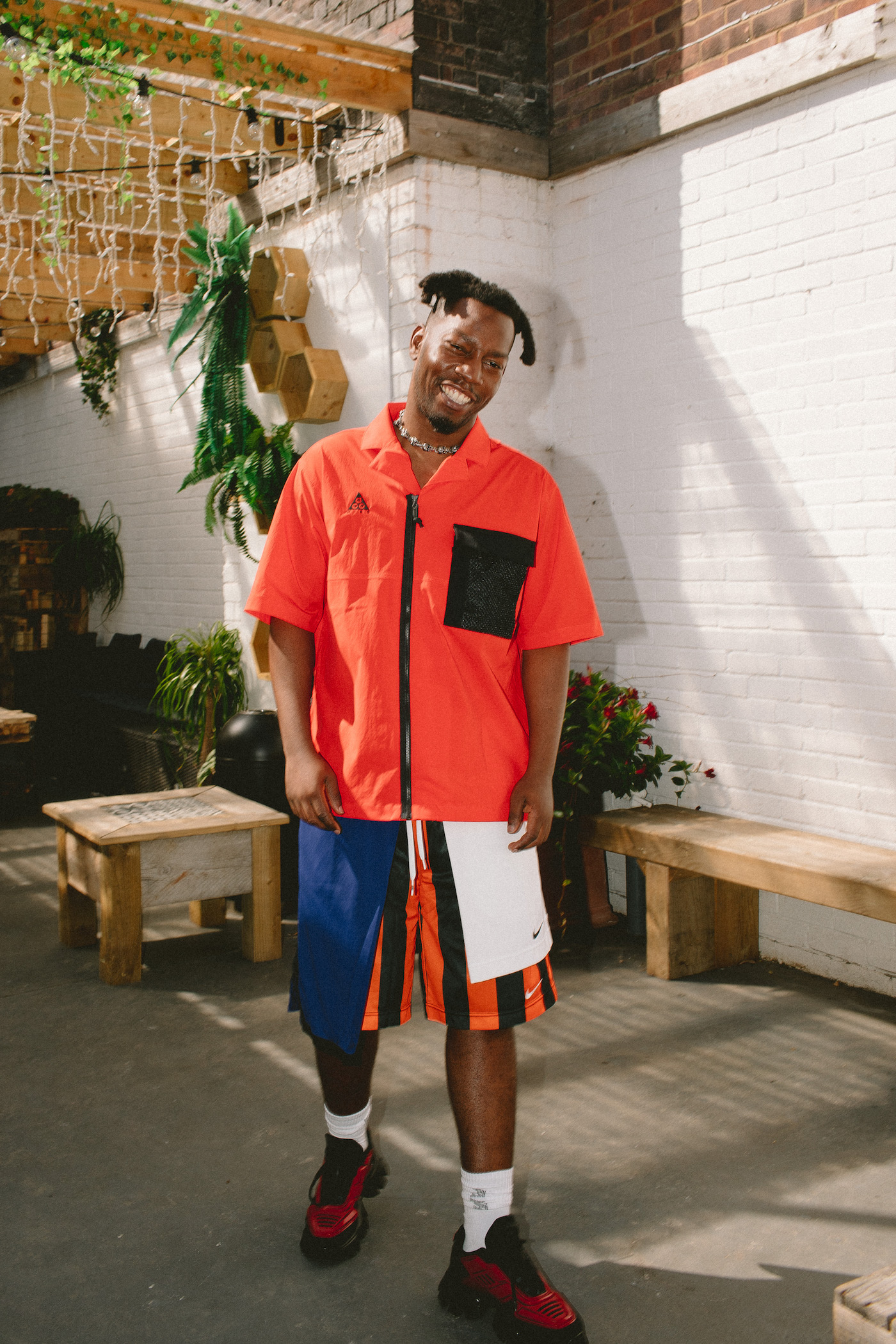 Listening to your music, I hear elements of everything from jazz, soul to Afro-beats and grime, which is rare to find together- where does your inspiration come from?

It comes from everywhere really, like growing up in my household my mum used to play a lot of African Jazz music and Afro-Soul music as well. There are a lot of jazz bands based in Tanzania that the rest of the world haven’t heard, that’s what my mum was playing around the house so that had a massive influence on the direction that I decided to take with my music. And growing up in south London of course, you get influenced by like the MC’s that are there. So grime music, garage.. my friend, my best friend actually, he’s a reggae DJ so I’ve got a lot of reggae influence as well.

You grew up in that wave of garage as it was coming up as well I guess..

Exactly! I mean, even though I wasn’t a teenager when garage was the thing, but we still got a taste of it coz they used to do a lot of raves like when So Solid Crew were at the top. There were a lot of raves I wasn’t old enough go to but I was aware of who they were, Asher D, So Solid and the Heartless Crew, they were sick. It was crazy! I used to look up to them so much. Like at the time, when they were winning Brits, we had never seen anything like this before. You just see people who are like from your area. I was out in New Cross at the time  and a lot of them were from South London so it meant even more to me, because it meant, all the mandem can actually do this properly. 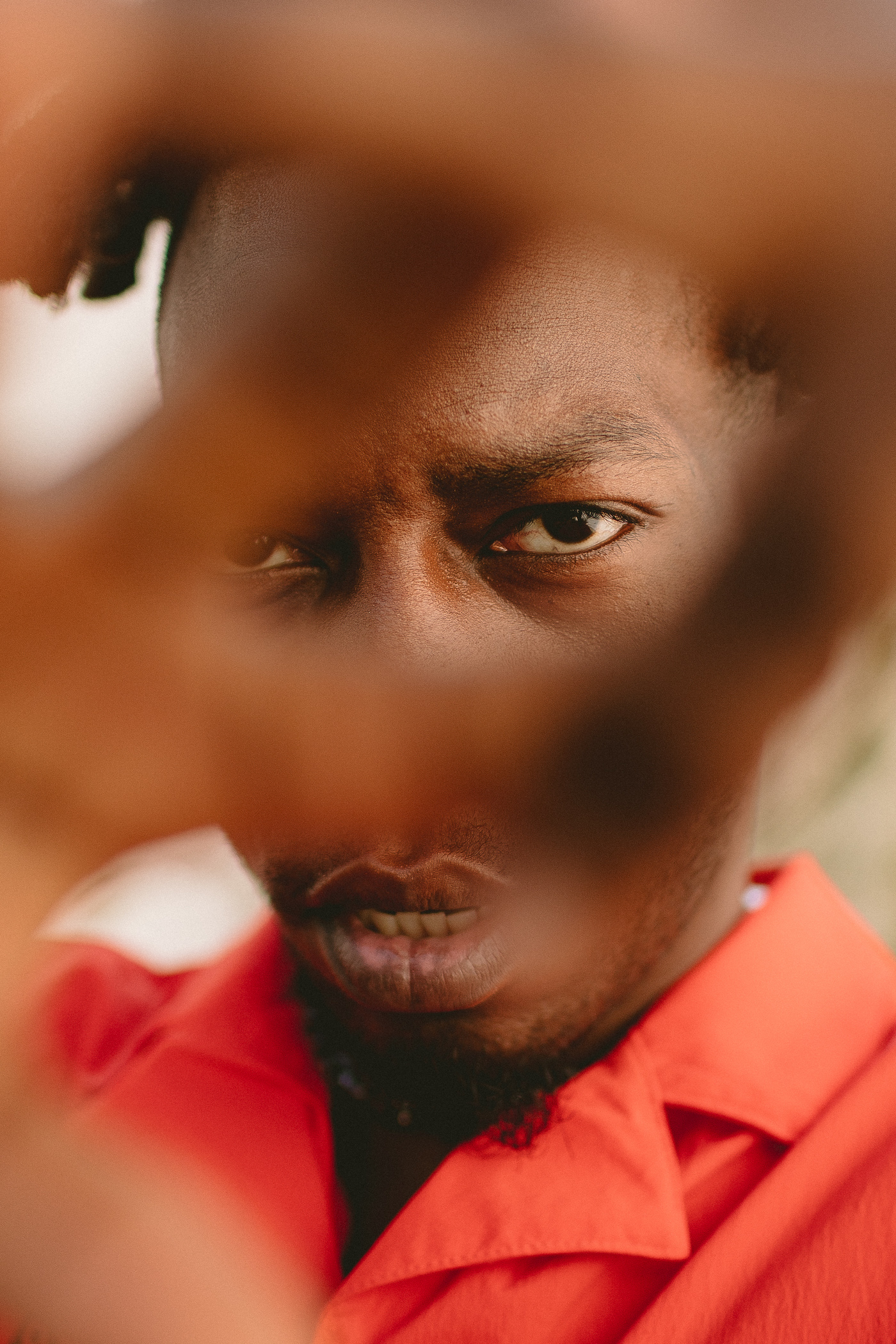 What music are you listening to right now? What is top of your Spotify playlist?

Right now, I’ve been listening to the Anderson Paak album on rotation. And I am still listening to Kendricks To Pimp A Butterfly.

The album that keeps giving…what’s your favourite song on it?

I still listen to that album to this day. My favourite song on the album..probably I’d have to say ‘I love myself’. I also like I. On the album, its a different version to the one that was actually released as a single, its more of a live version and I just found it sick. And of course I love the meaning behind it. Those are the two main ones.

You were born in Dar-es-Salam and moved to London when you were 8, what was life like growing up for you?

Ah man, that was exciting and scary all at the same time. Of course I used to watch tv when I was in Tanzania and we used to just see like the UK..America and we used to think “man that must be crazy”. So when my mum told me that we’re actually moving to London in my head I was so excited, I just remember being so exited. We got here in December so it was the first time I witnessed snow, and I was like wow, this is snow. I know at the time I should have been scared of the cold but I was just like so fascinated by the snow that I actually liked the fact that it was cold and I could put on a jacket and scarf and hats. So I used to play in the snow all the time.

But integrating into school, the first couple of years was difficult because I didn’t know how to speak English so it was super difficult. I mean you can imagine, I was just a super African fresh kid who just joined up so you gonna get a lot of people making fun of you and what not.

Do you feel being bilingual now brings a strength to what you do?

It is. It really is! I’m so happy that I can speak both languages now. I mean when you’re in school it is a lot easier. I think that’s the quickest way to learn a new language. If your studying, your constantly learning from people, your playing sports with people, you just learn a few swear words at first.

They’re the first ones we all learn aren’t they…

Yeh, you usually know them first. Even watching tv in Tanzania I knew like a couple of swear words before I got to England because you just know, you hear it all the time. But after a couple of years, I sort of got the hang of everything and it’s just been like a constant learning process ever since.

Now as Tiggs, you are enormously respected in your industry and have collaborated multiple times as both an artist and producer, what is it about a track that makes you want to be a part of it? Do you feel like you pick the track or does it pick you?

Ooh, I don’t know. I’m sort of an energy person. Most of the time I sort of go into the studio not knowing what I’m gonna do in the studio, I just sort of let how I feel at the time determine what direction the session goes. So I have a different approach to every studio session and every track. I might go in there and just decide, ah let me go to like a record shop and just listen to some records and something might inspire me there. Or I might end up sampling something, or I might have had.. something might have happened and il have a concept in my head of what I wanna do and then from that point it’s about finding the chords to match the whole mood and then once I’ve found that the rest of it is like, i just sort of let it write itself. I think that’s the best way when you just let the song write itself, you don’t wanna sit there thinking “huh, what rhymes with this- what rhymes with that?” Because then your not really letting it come from the same place, it’s coming from somewhere else. So once I get a concept in mind I find lyrics just come easily. 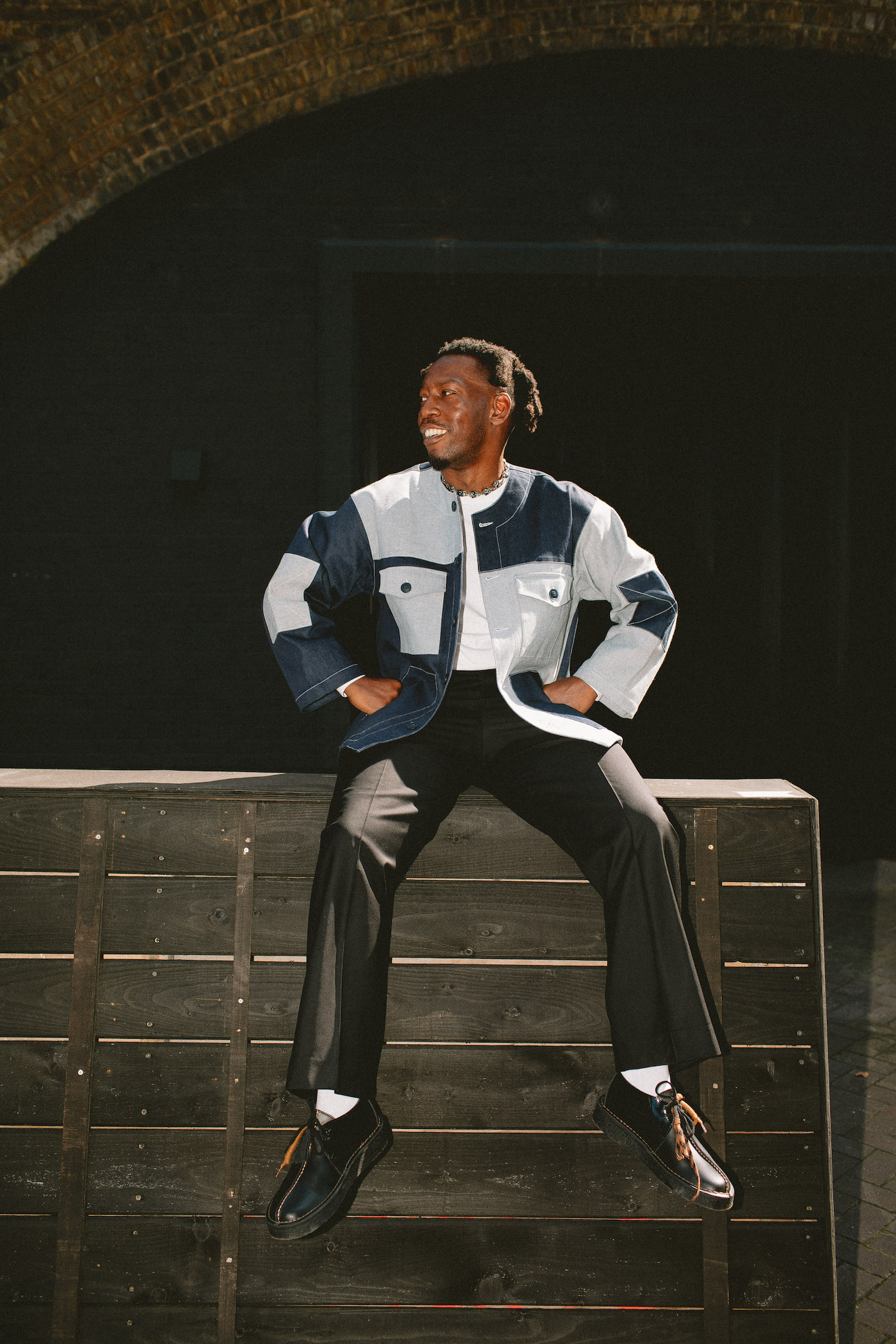 To move away from music, you could have picked every young English boys dream of pursuing football as career,  why didn’t you?

To be honest with you, it was just focus. I don’t think I was focused enough at the time because I had to go from South London to Kent for training and football matches and I never really had a parent who takes you to football matches and stuff like that. They were working and didn’t have the time but a lot of people did have that. Not using that as an excuse but at the same time I was still focusing on, I’d rather just chill with my friends. Coz my friends were all in music so DJs, MCs and I just found that more interesting. Every time I had training they had radio sets at some pirate radio station, so instead of going training I was going to the radio stations so  it was clear that I loved that more and that’s why I was doing that. And I’m happy I done it. Im happy I made that choice.

Now that we have touched on it, who is your team?

Manchester United. What about you?

That game should have been ours in the first half.

(Lots of laughter all round!)

Do you get to go to many games?

No I don’t. I know fans that are gonna kill me with the “oh my god, you’re a glory hunter you don’t go to any games” but if you’re a fan you’re a fan, you’re supporting your team one way or another. I’ve got Man United app on my phone, I think that’s enough.

Are you happy with OGS coming on board as manager?

Yeh and no. Because I know it’s gonna be hard with him and it’s gonna take time but I’m happy at the idea of having a manager and giving him time, and someone obviously who is man united legend.

I feel like we are in a very similar boat..

Yeh, I feel like Chelsea copied us there. Laughter. 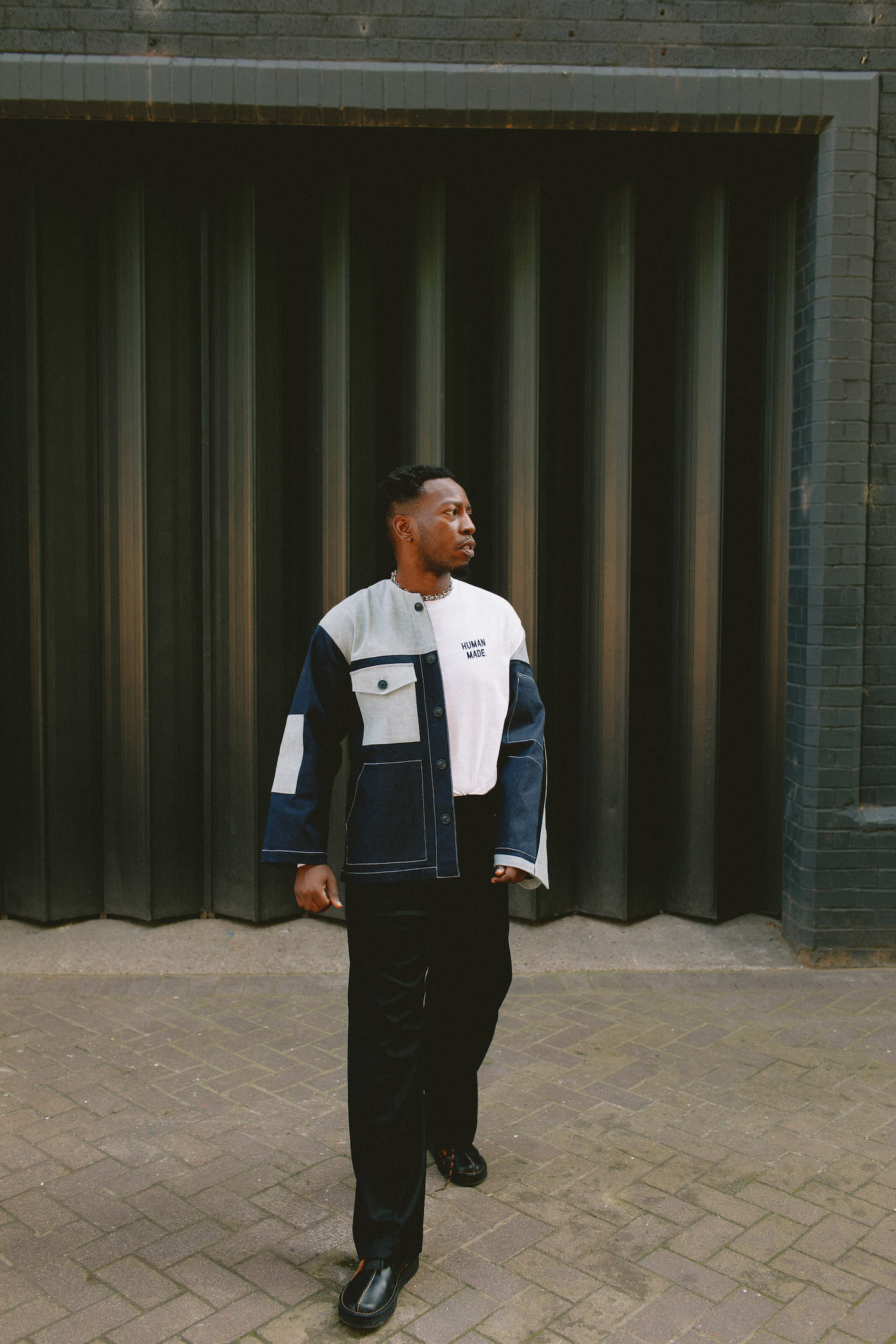 Now music is taking you around the world, what has been your favourite place and why?

Reunion Island. It’s somewhere I never thought I’d end up and it was such an amazing experience because I wasn’t expecting much from it. It was a massive crowd and I got to tour the island where it’s like Jurassic Park or something. So that was my favourite, favourite show. And I was supporting Damien Marley as well so you can imagine, it was the first time I met him too! So everything was just sick! 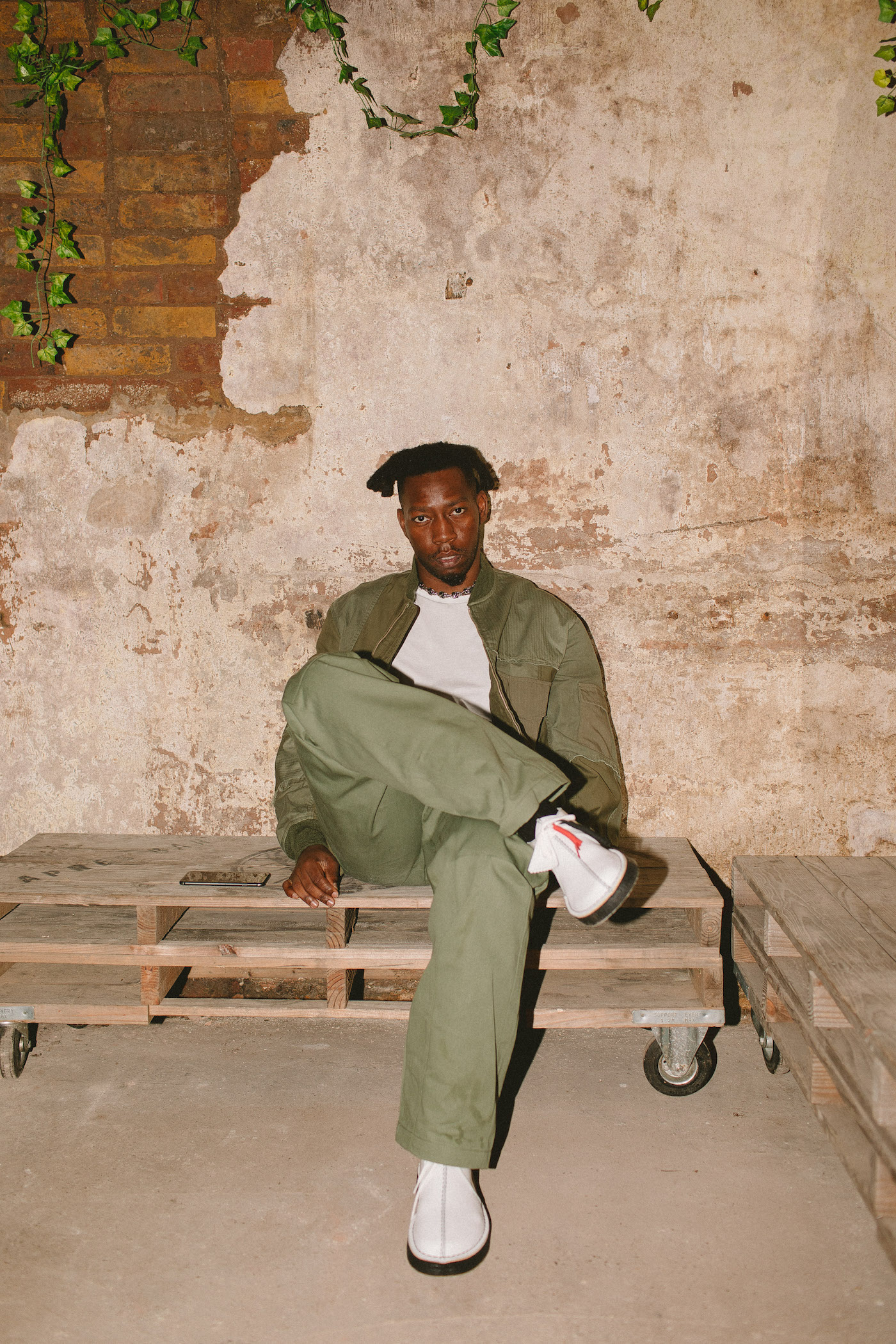 Is there anywhere you are yet to visit that is top of your list?

I wanna go Asia. Maybe South Korea. Or like somewhere I think my music hasn’t been to or you just don’t know what to expect. I haven’t been anywhere in Asia so I just wanna go there in general, I just wanna visit.

So you’re busy with music and travelling, how do you eat? Do you cook or order in/out?

My go to cooked meal, well there’s always chicken involved in there somewhere. The rest of it is like.. I don’t know, I don’t really repeat that much. Me and my little sister, we used to watch tv shows where you get 30 mins to cook so we used to do that and my mum was the judge. We used to get the same ingredients and cook whatever we can in 30 minutes and my mum would taste the food to see which was best, we used to do that all the time. Now most of the time I’m cooking I’ve got my laptop there and I YouTube. 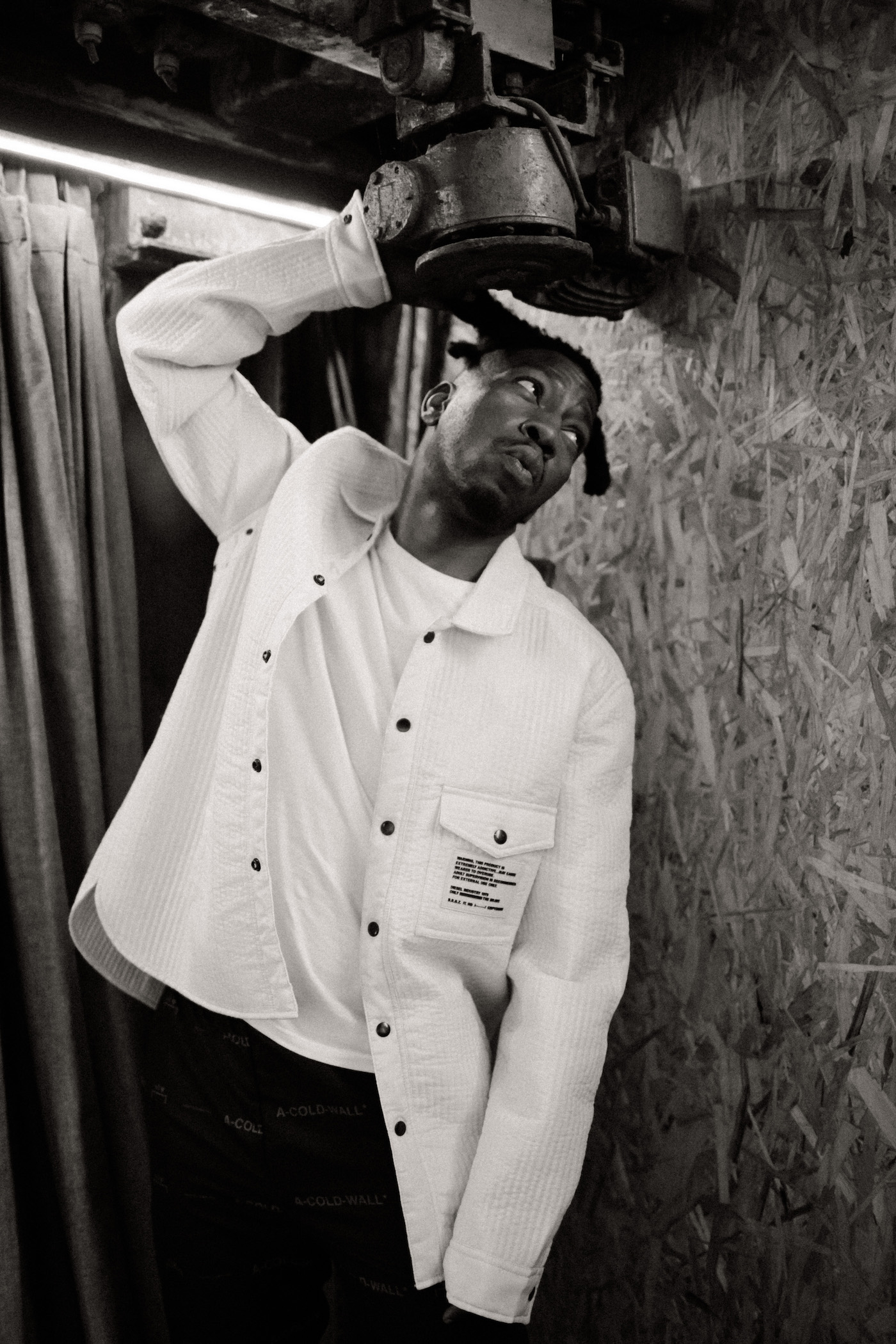 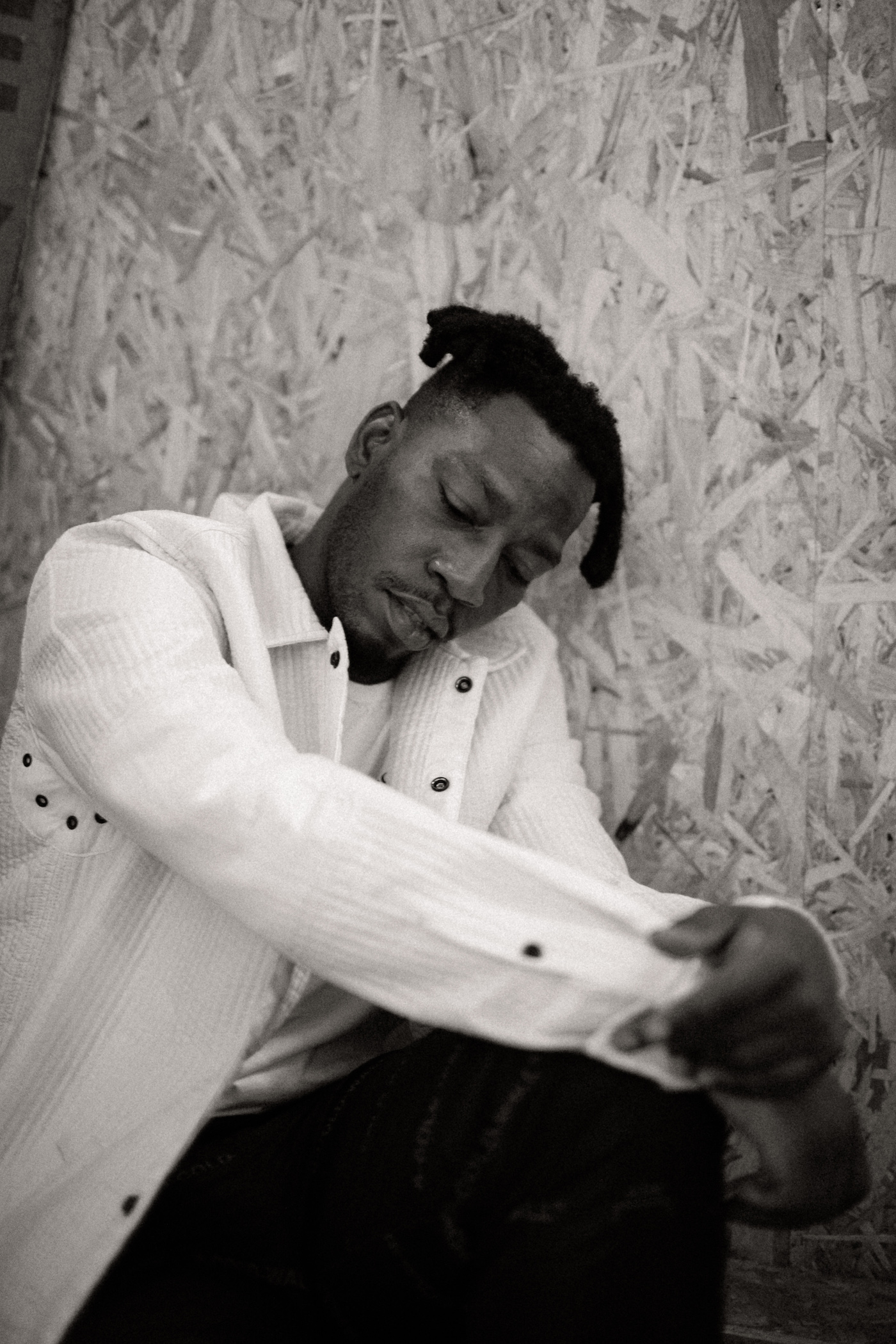 Lastly, to a quick fire round, if you could give the first answer that comes to mind…

And for your final quickfire question – Khinshasa, Nasty or Plaza? 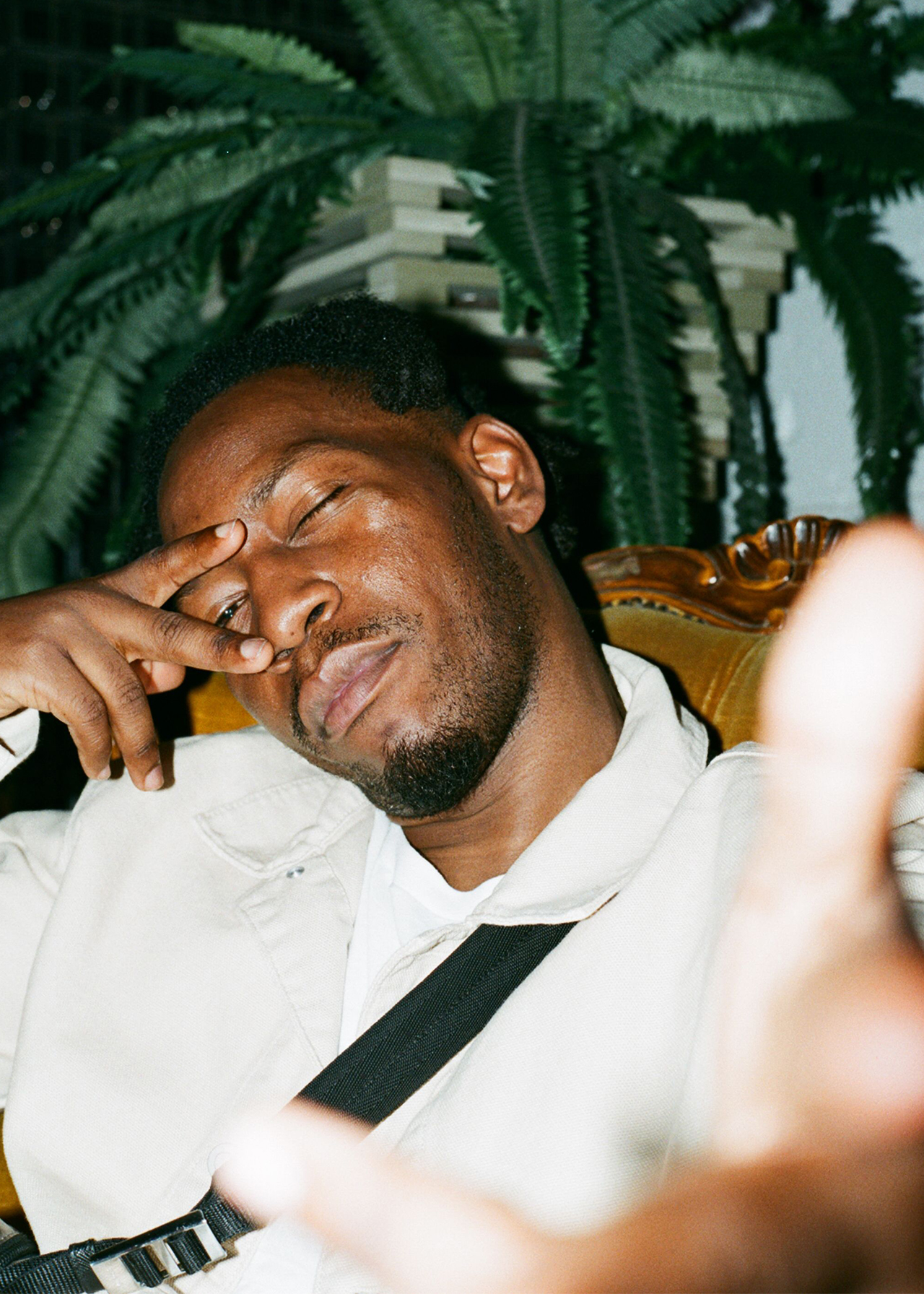 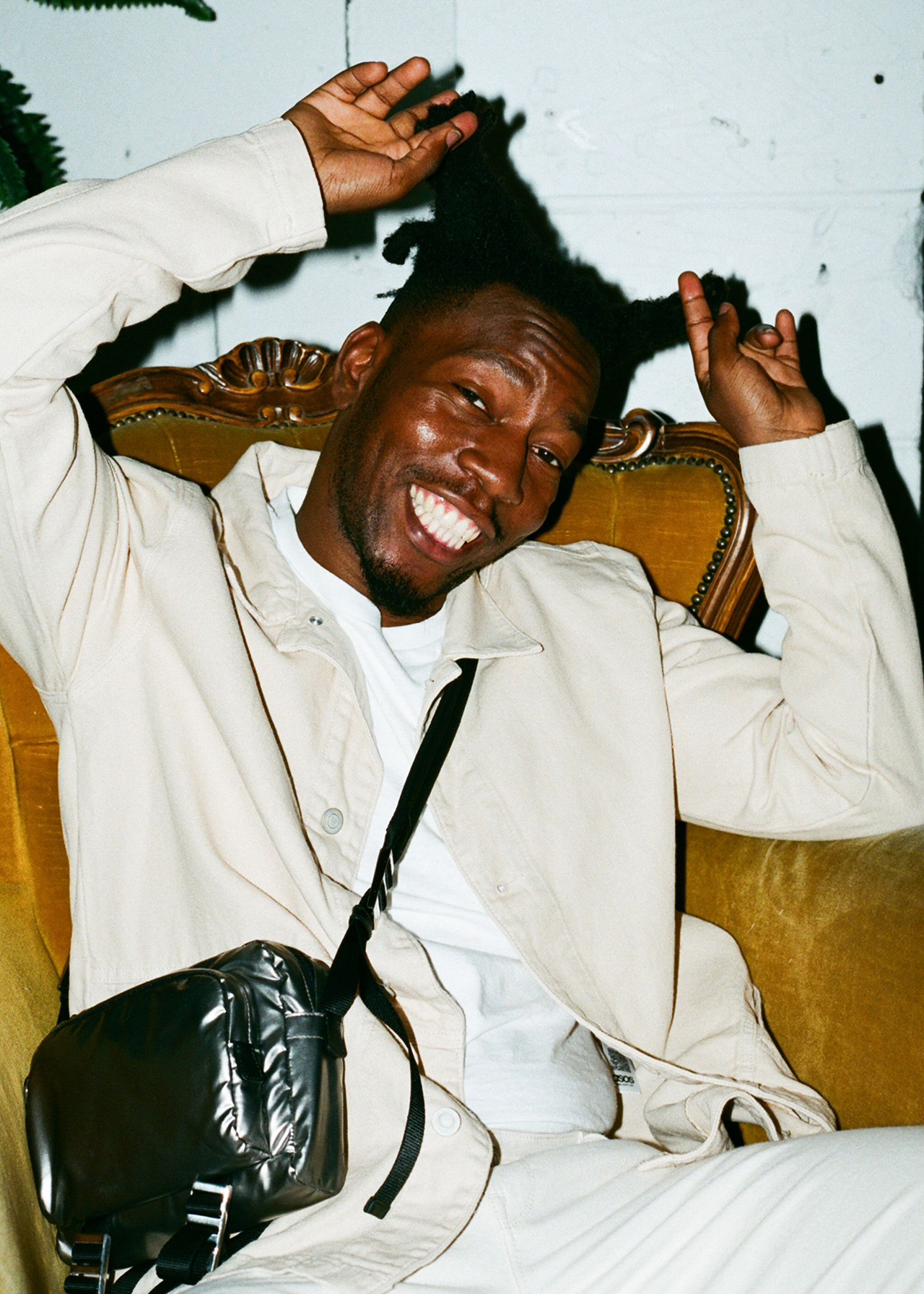 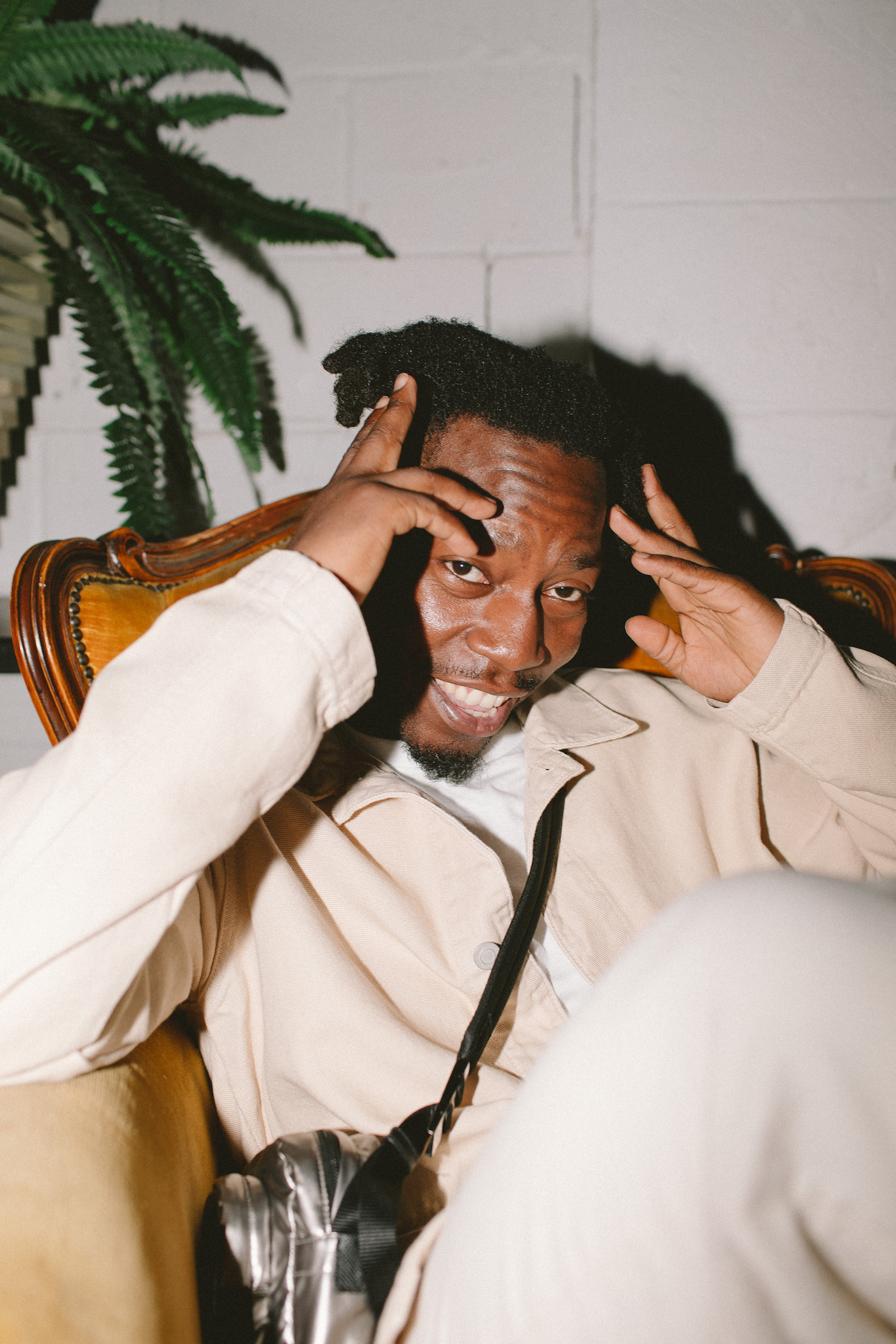 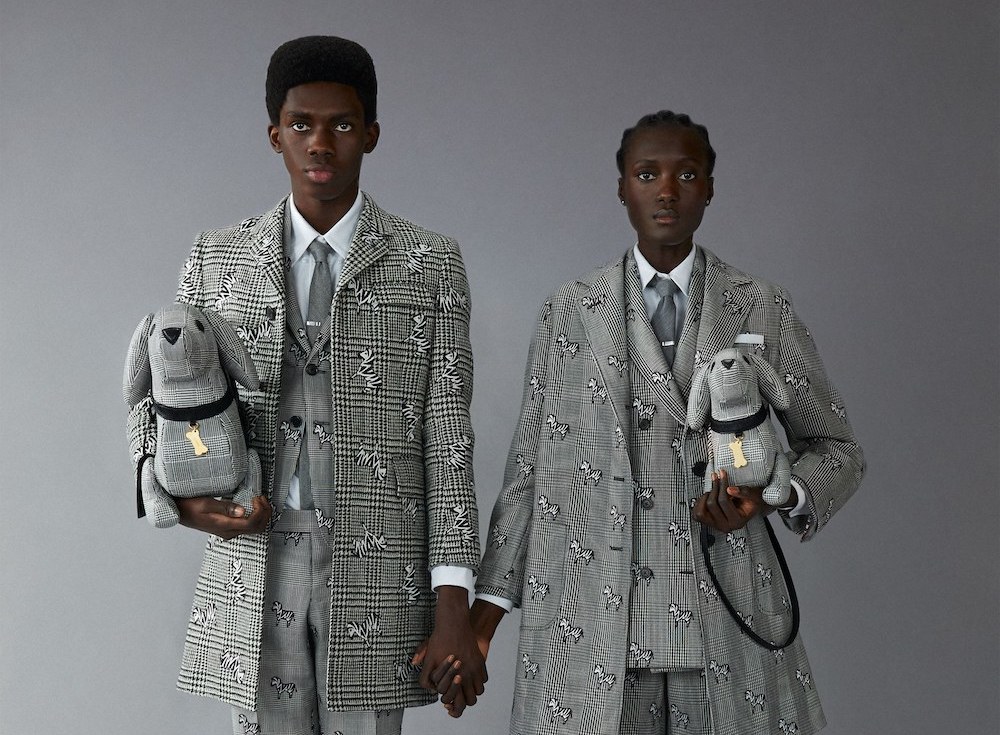