Not content with releasing a single creative outlet for its Spring 2021 collection, GmBH has created three separate works to present the collection through. Tapping a range of creatives along the way, the German-based brand has released two films and a lookbook that make-up this project.

The opening act of this three-piece project is a short film made in collaboration with director Francisco Sendin, titled “Guest on Earth.” The film explores the ordinary and highlights how everyday actions have become a luxury in today’s world. The atmospheric film pans around a range of people as they indulge in the mundane, from walking down the street to admiring a shop’s window display.

The next installation in this series replaces the fashion show that would have been presented in Paris. Instead being shown on the Paris Fashion Week website, the video, titled “Season Of Migration To The North”, shows the story of a fashion show from 2010.  Architect Eddie Esmail created the show in Khartoum, Sudan and was arrested shortly after for being gay, along with other members of the group. He then fled Sudan, became a political refugee in Norway and met artist Lars Lauman – who this film is created with.

A deeply political piece by nature, the film presents how fashion can be a tool of empowerment and subversion whilst highlighting the injustices towards the LGBTQI+ community. Linking this film with the last, both are references to the queer Norwegian modernist poet Gunvor Hofmo. Her poem “I Want To Go Home To The Humans” is partly recited in both, adding to the political tone as she was an Austrian Jewish refugee that was killed as Germany occupied Norway.

The finale of this three-piece production, GmBH presents the garments that make up its Spring 2021 collection. Opening its lookbook with all-black leather-centred looks, it slowly builds on colour to finish with a red and pastel-blue palette that is used for the last seven looks. Using materials had leftover in its studio, this concise selection focuses on the brand’s staples. 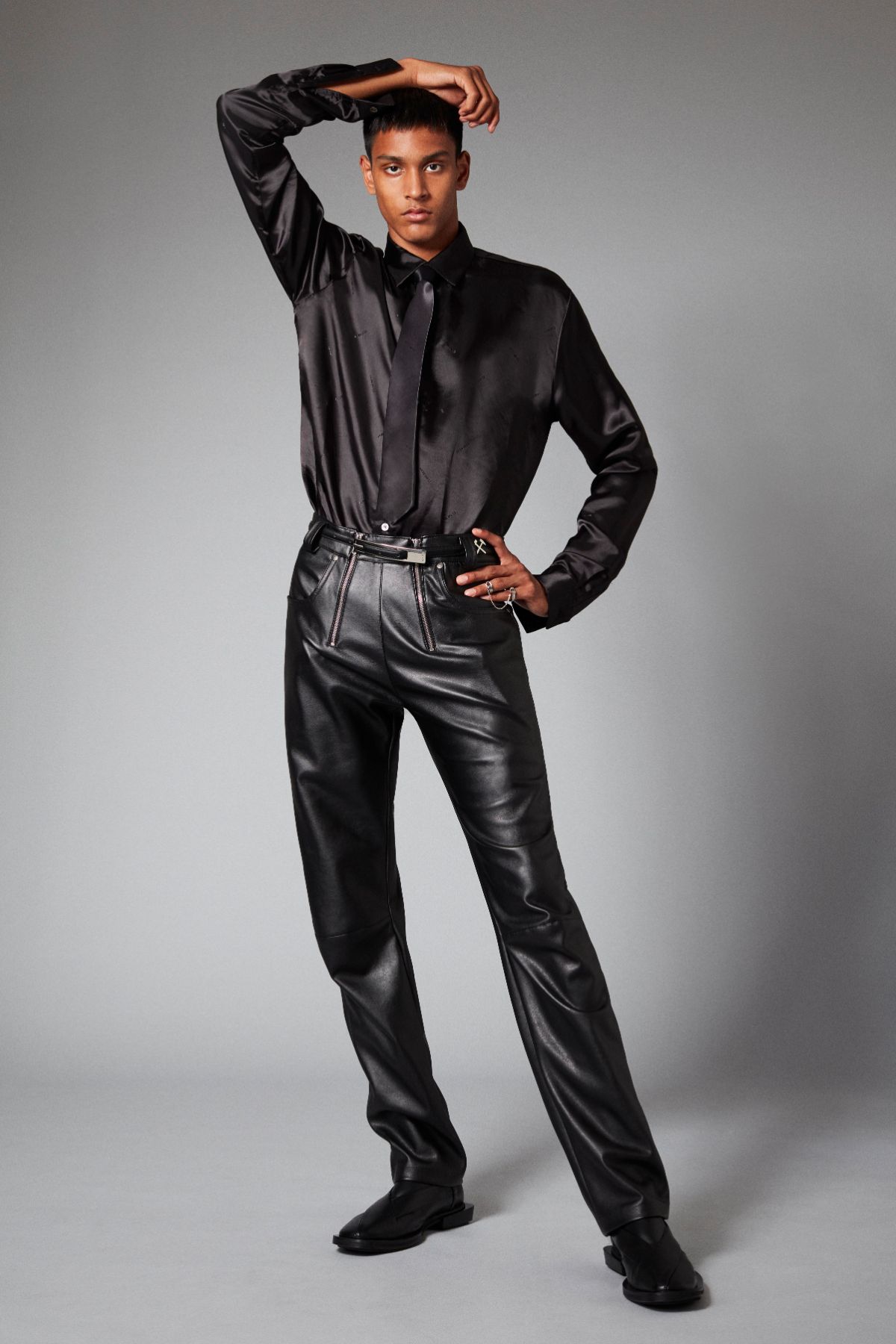 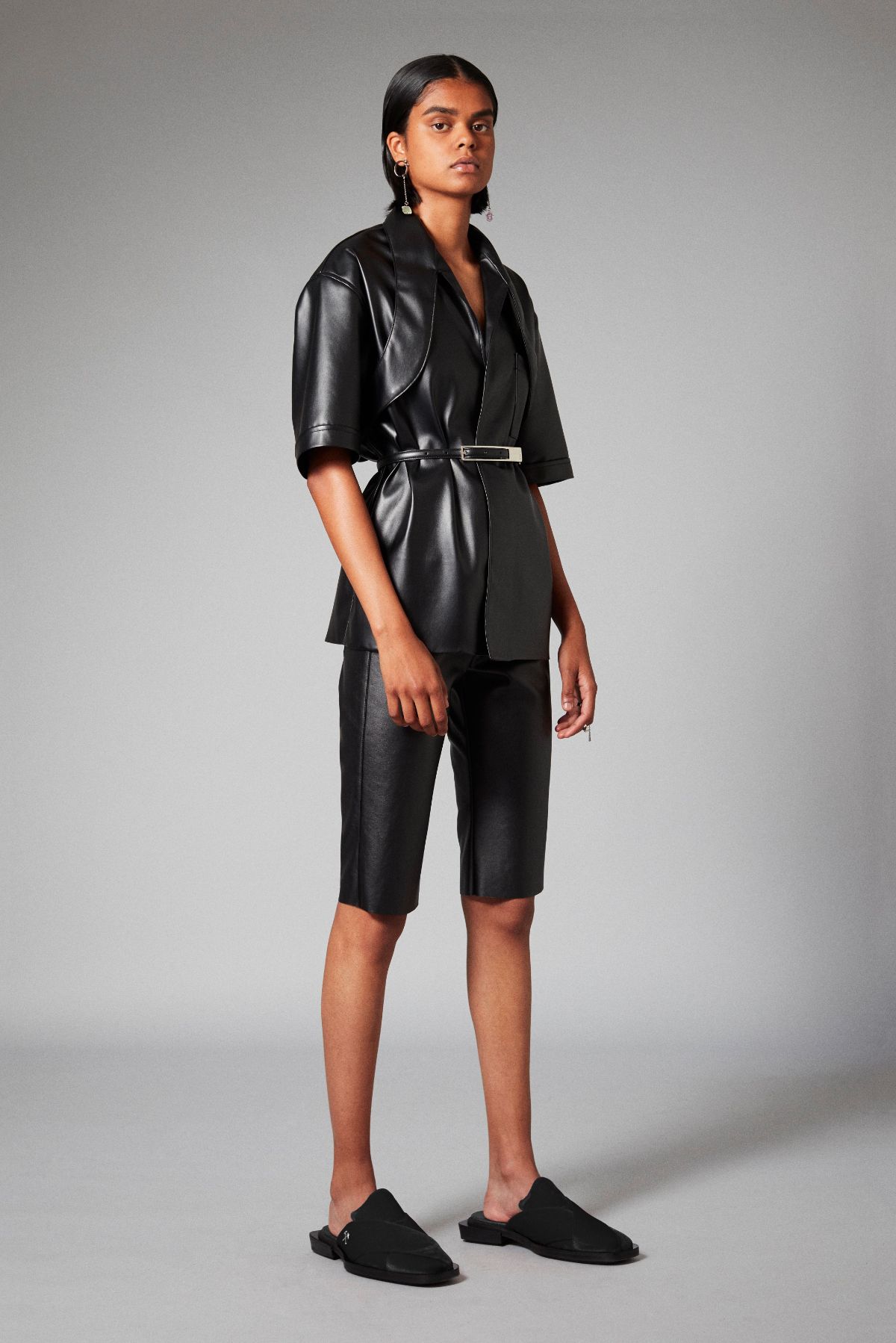 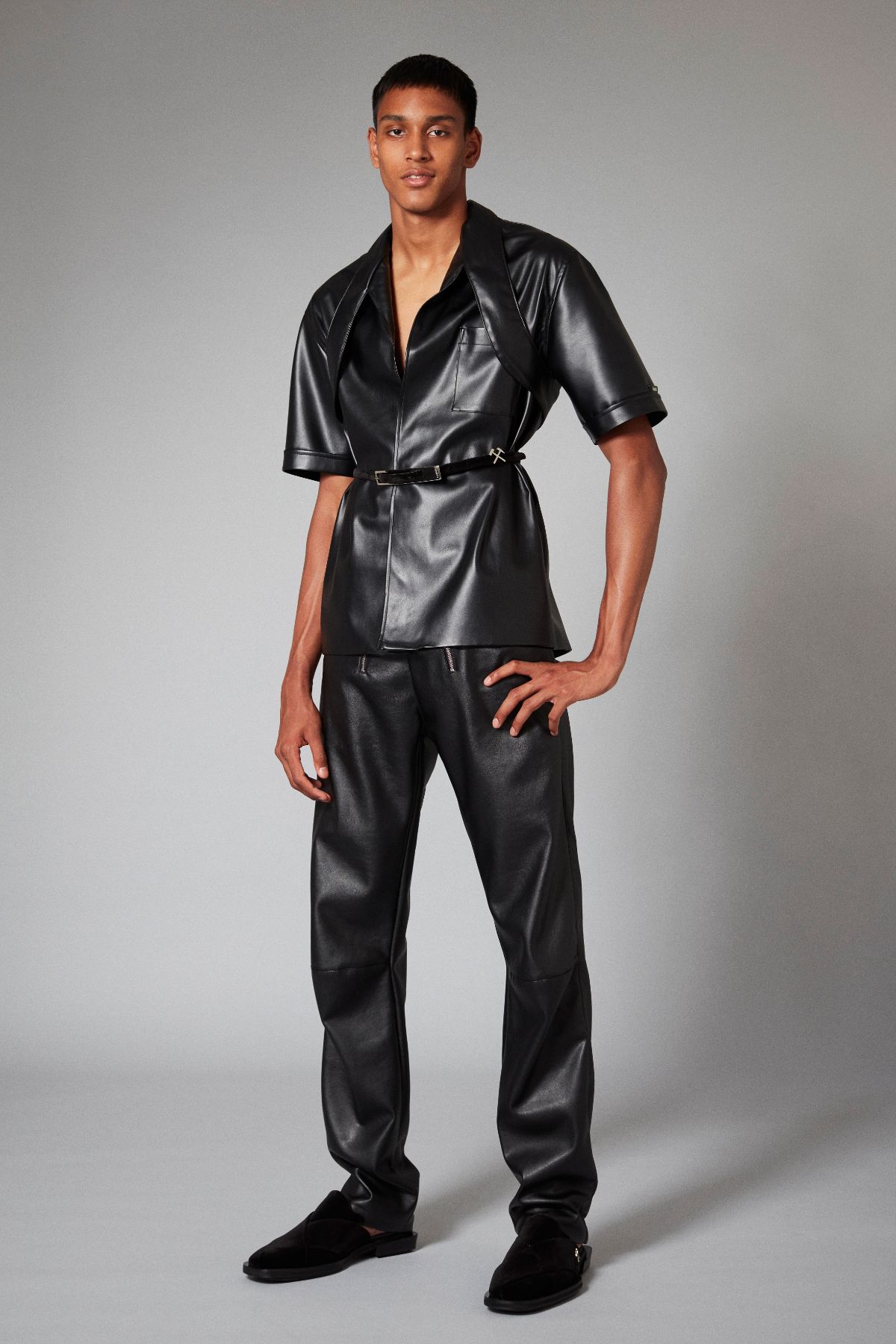 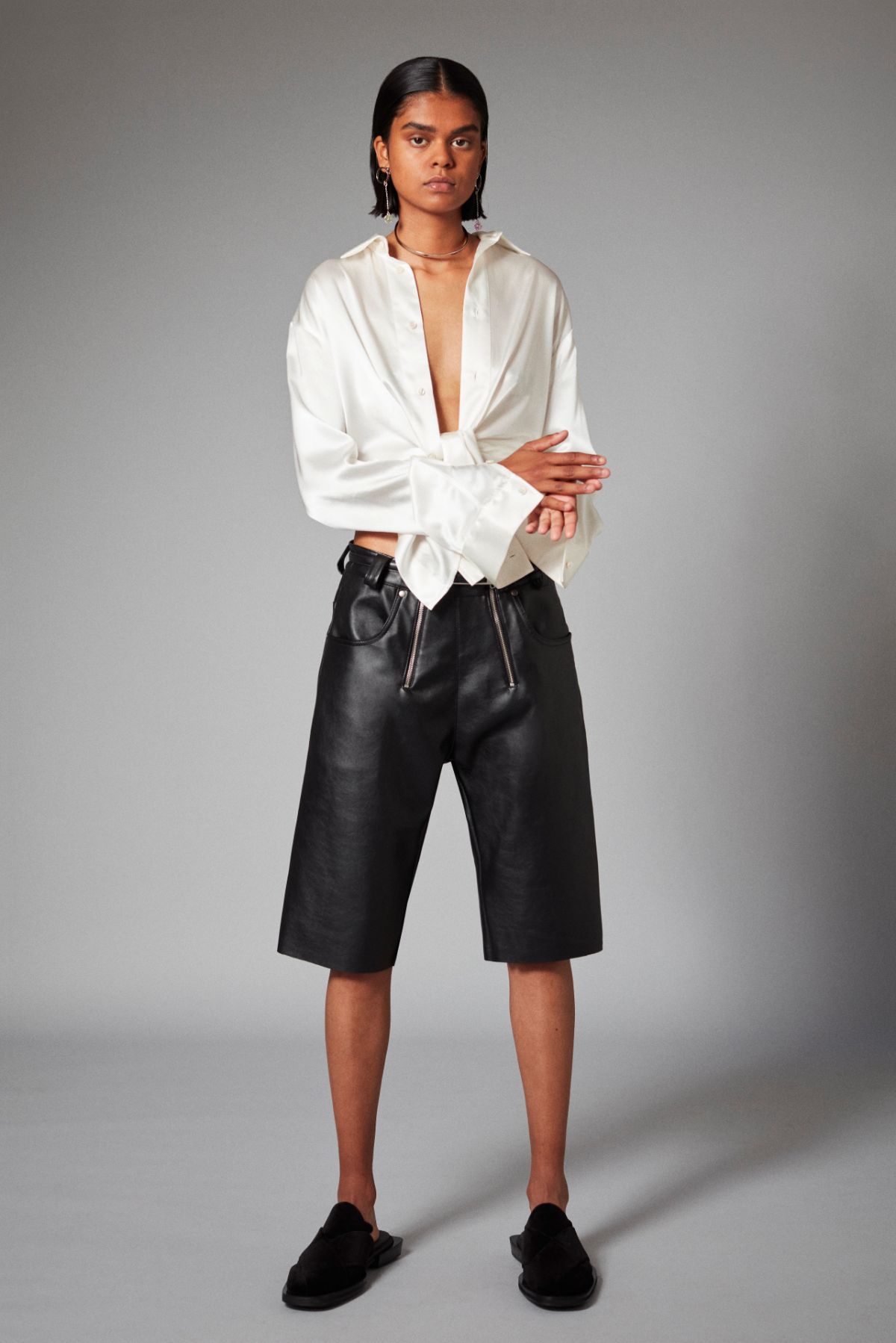 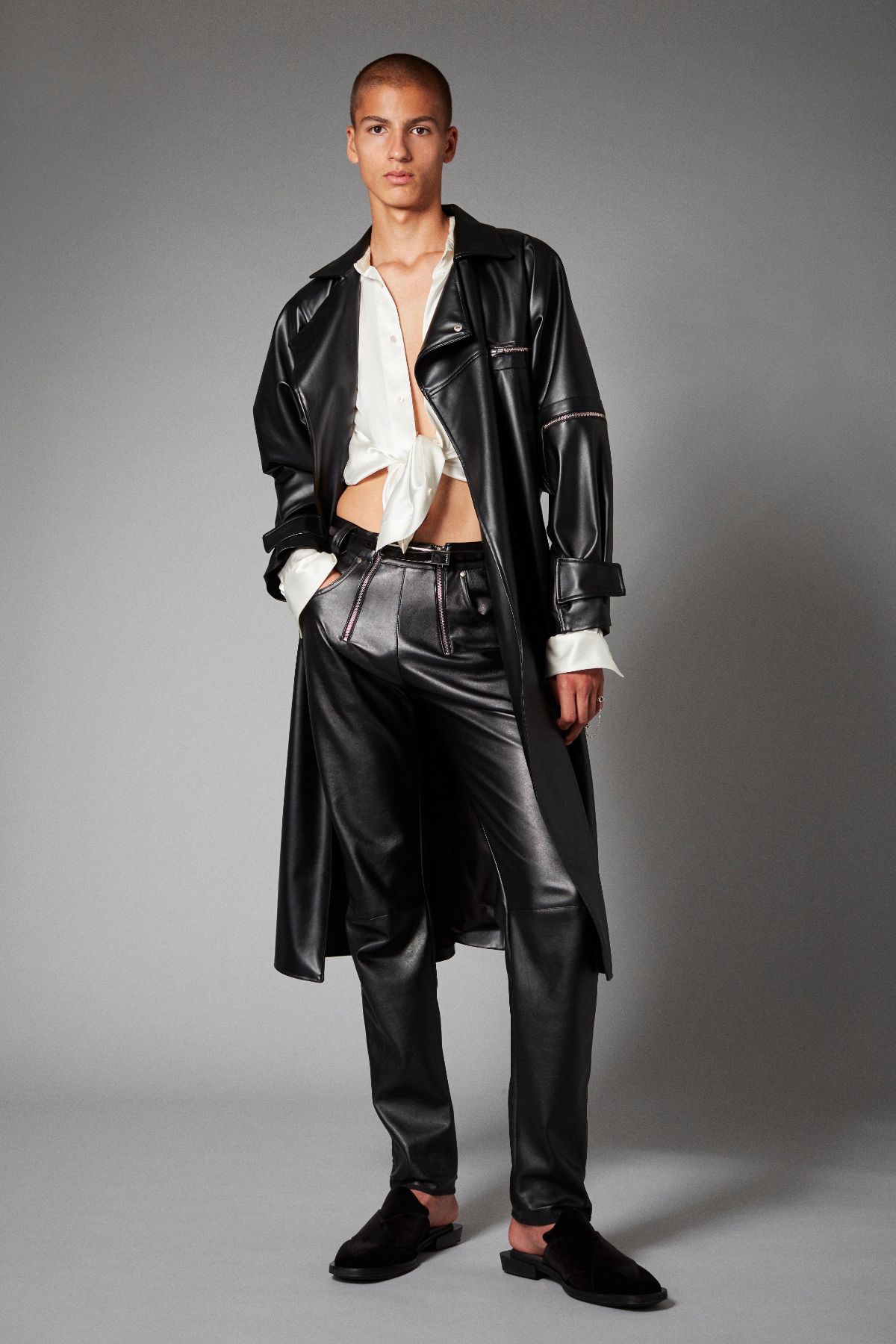 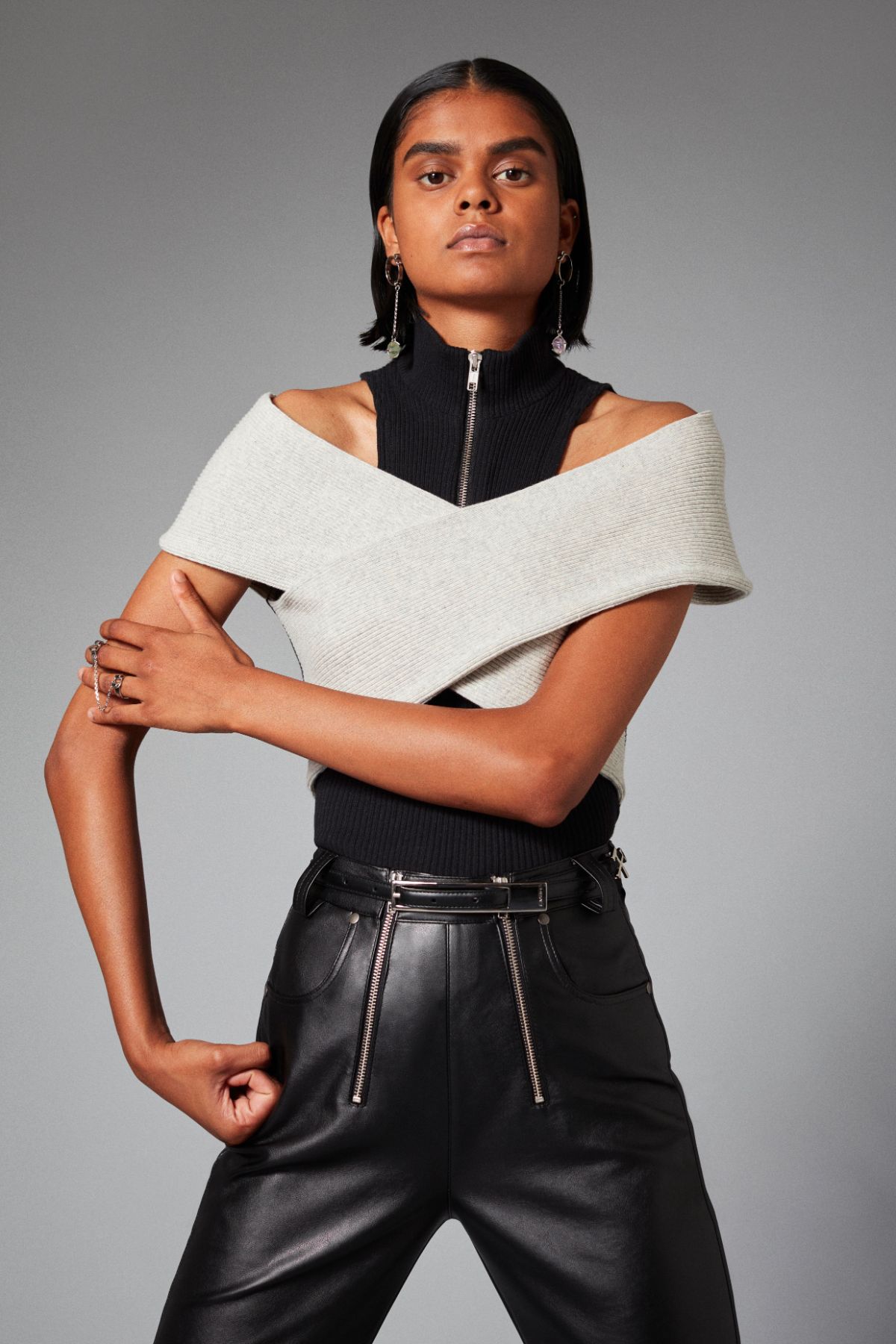 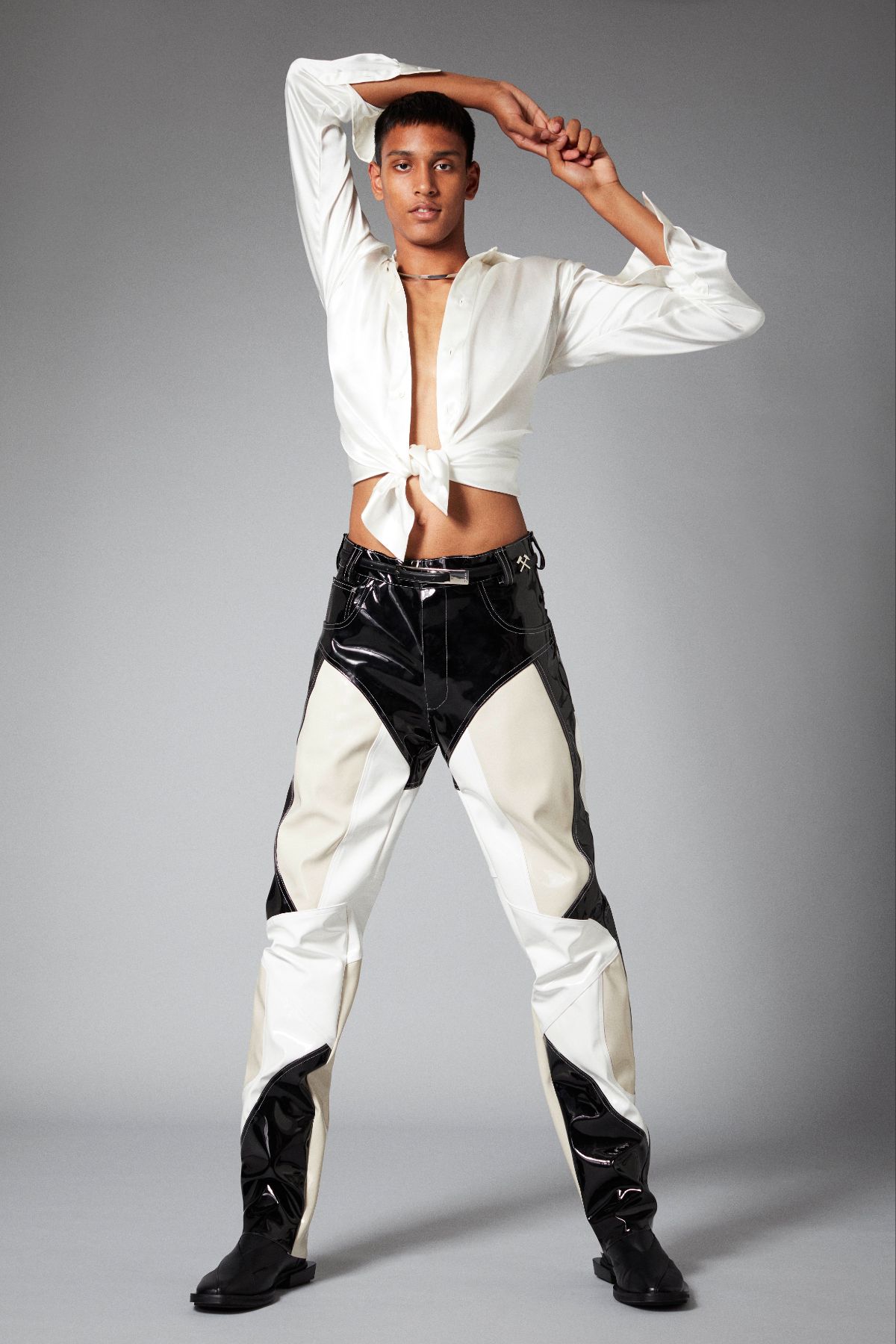 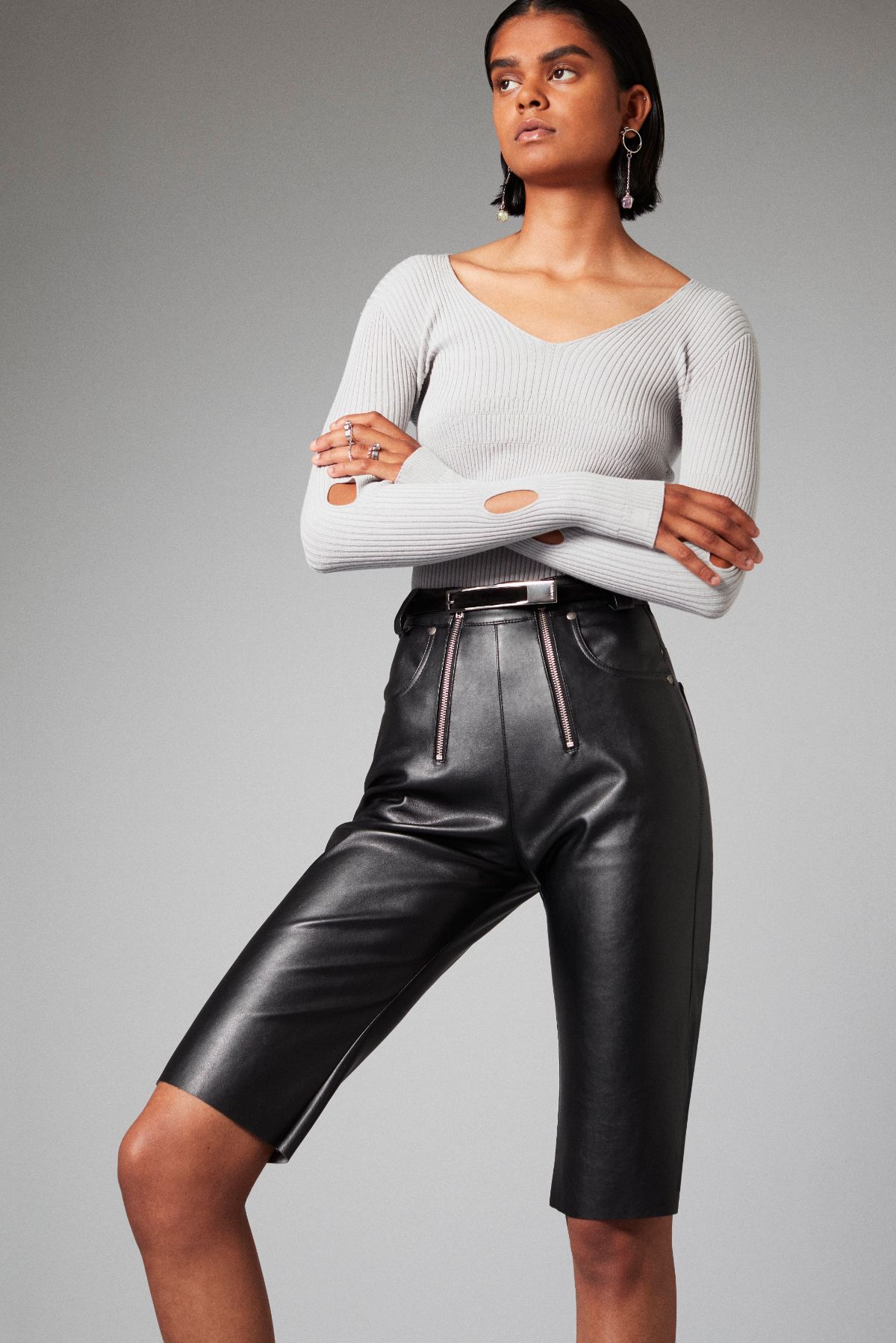 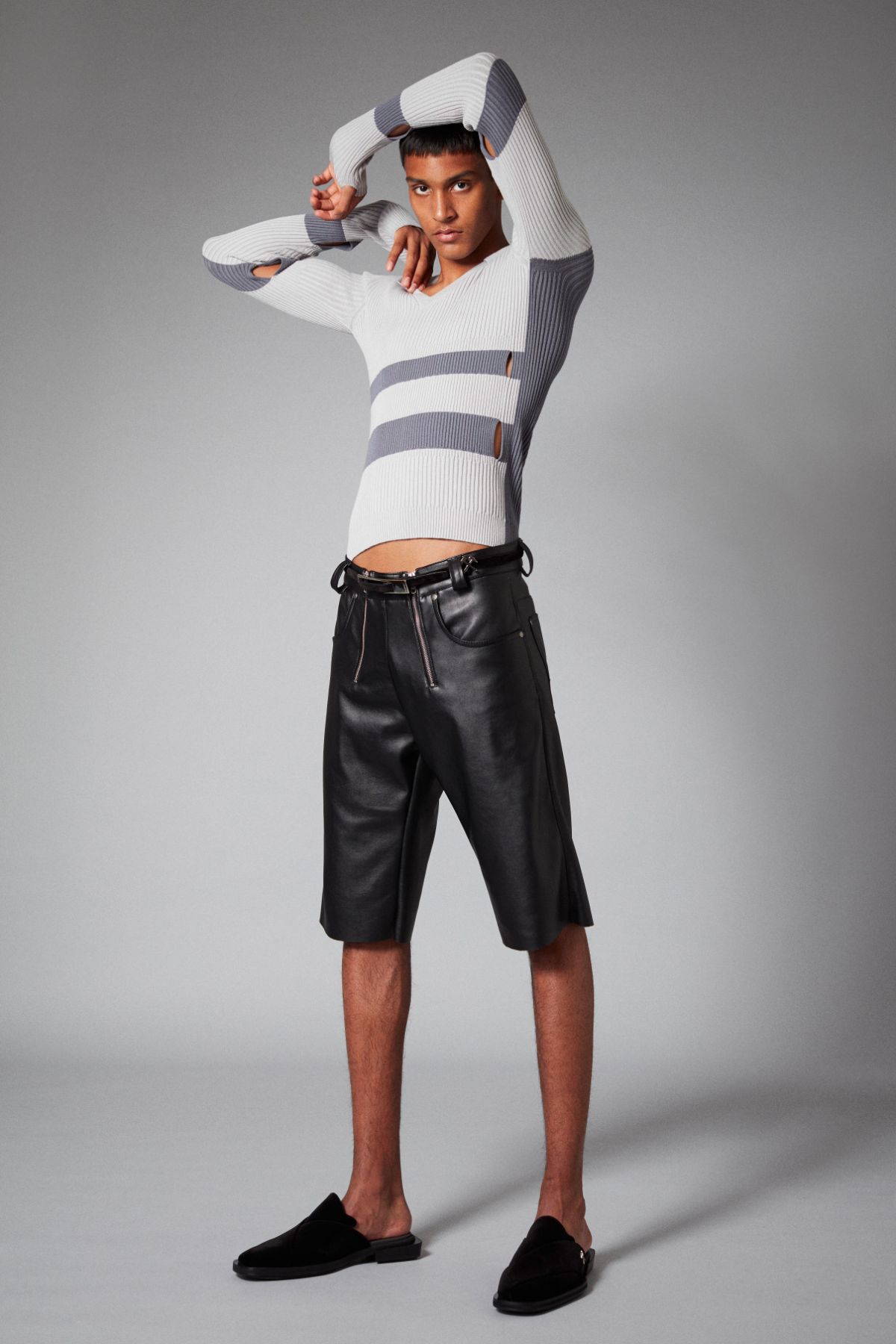 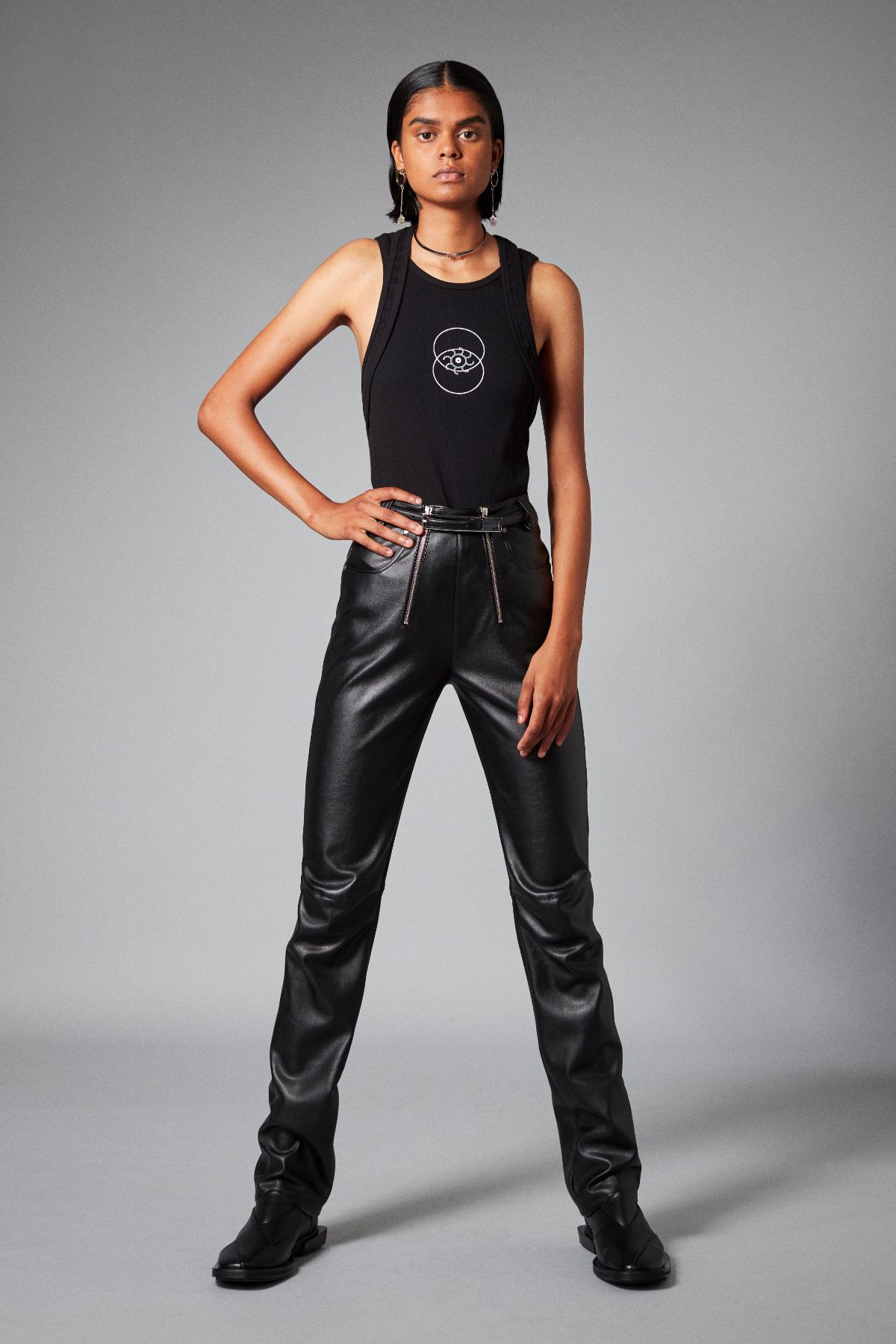 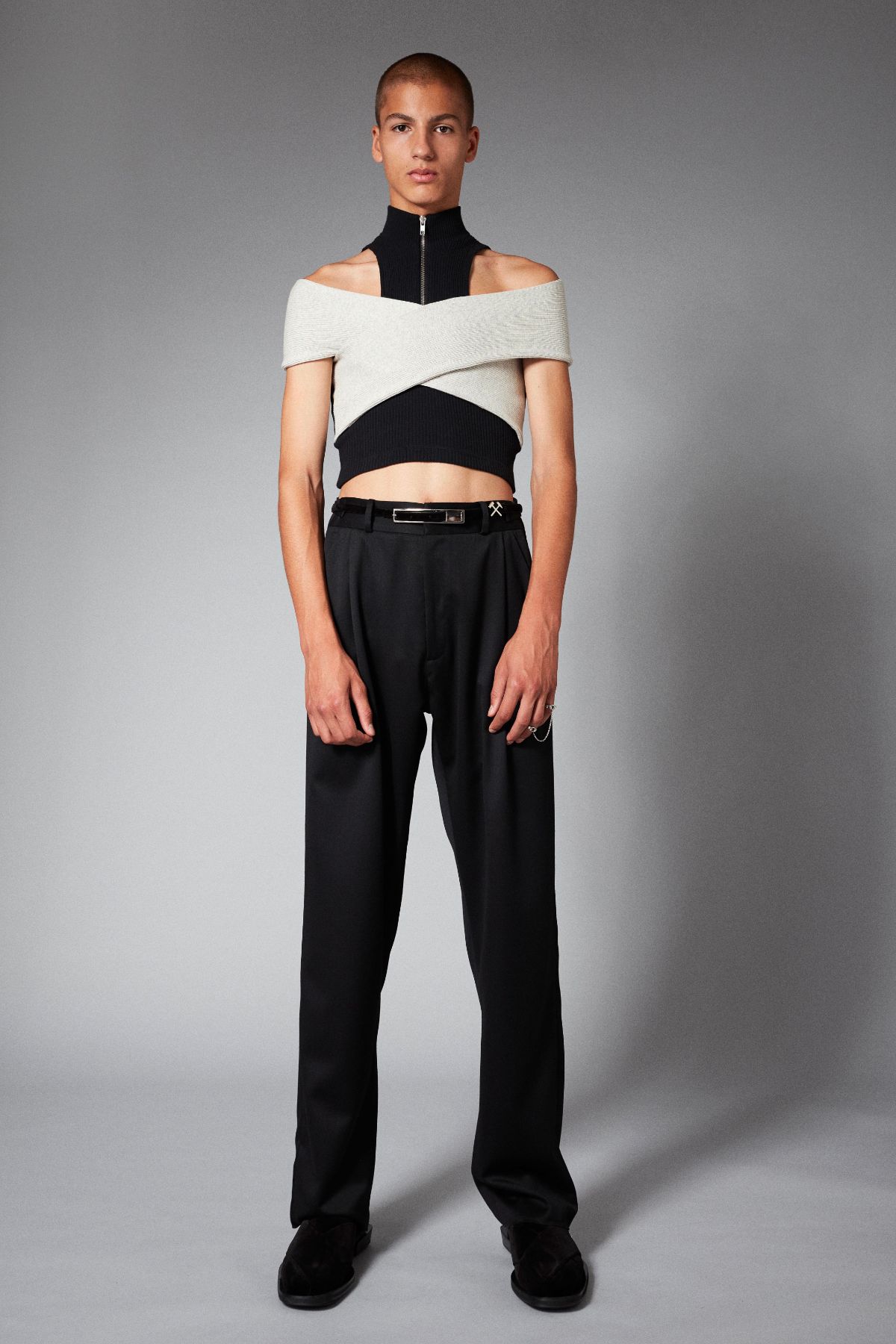 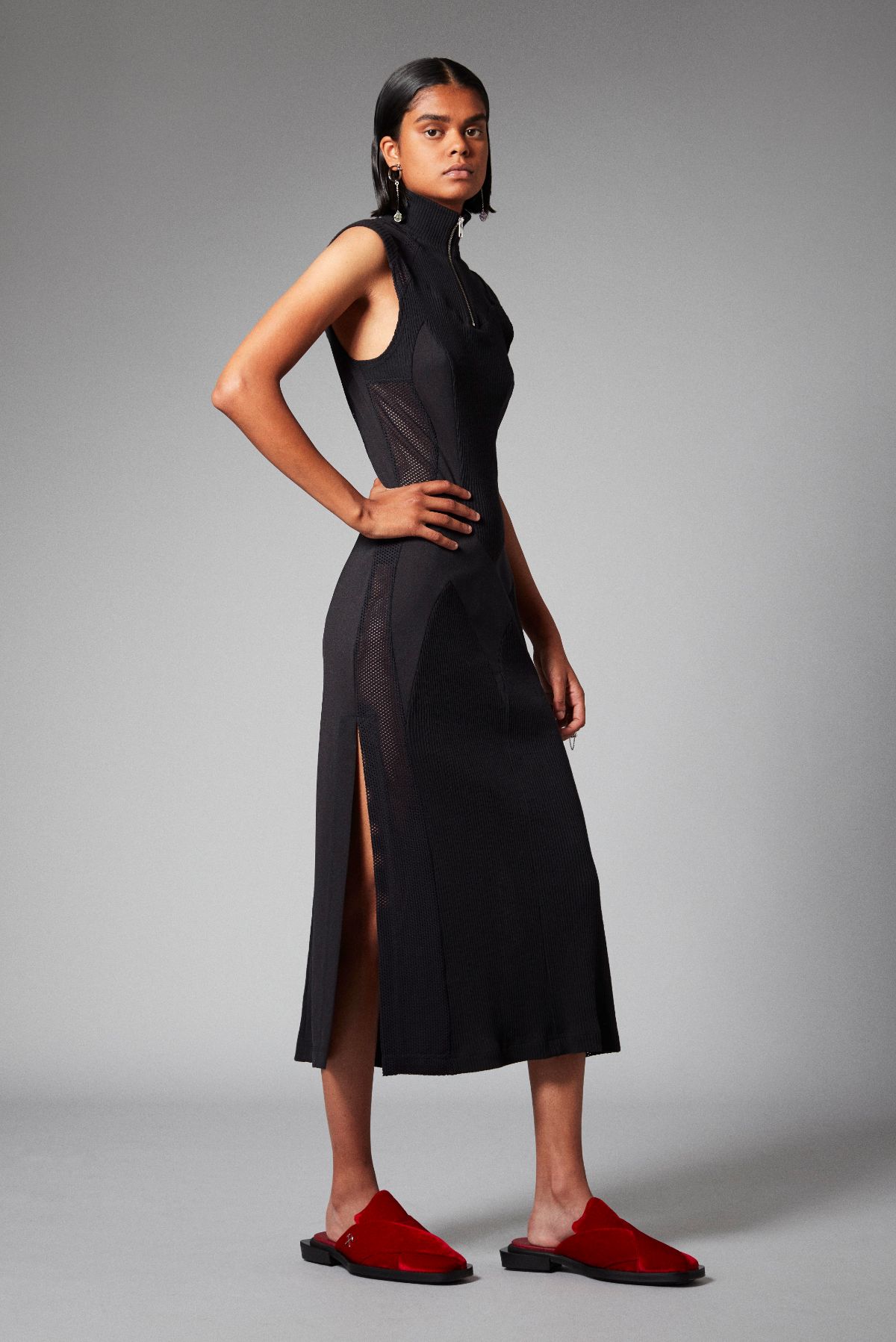 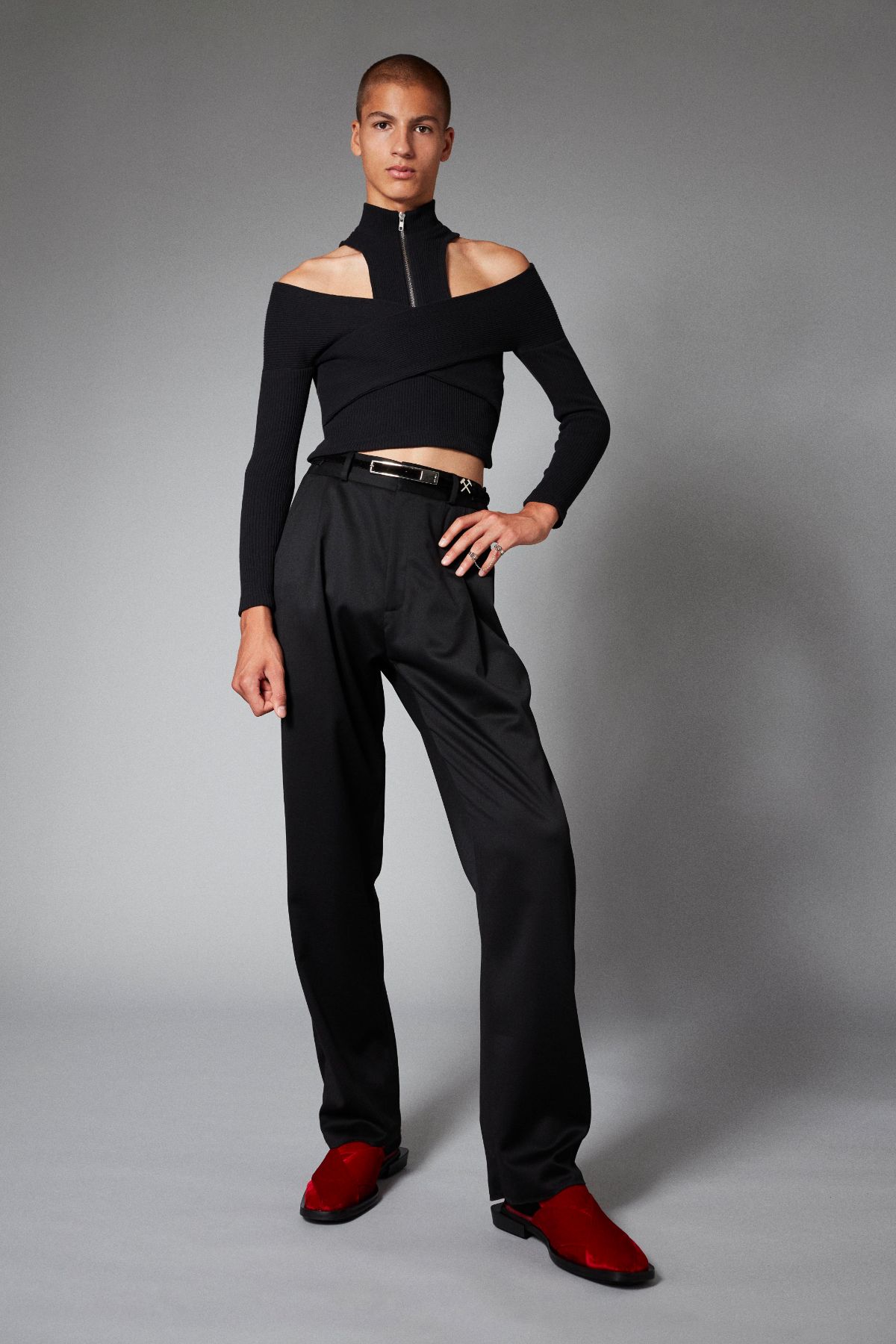 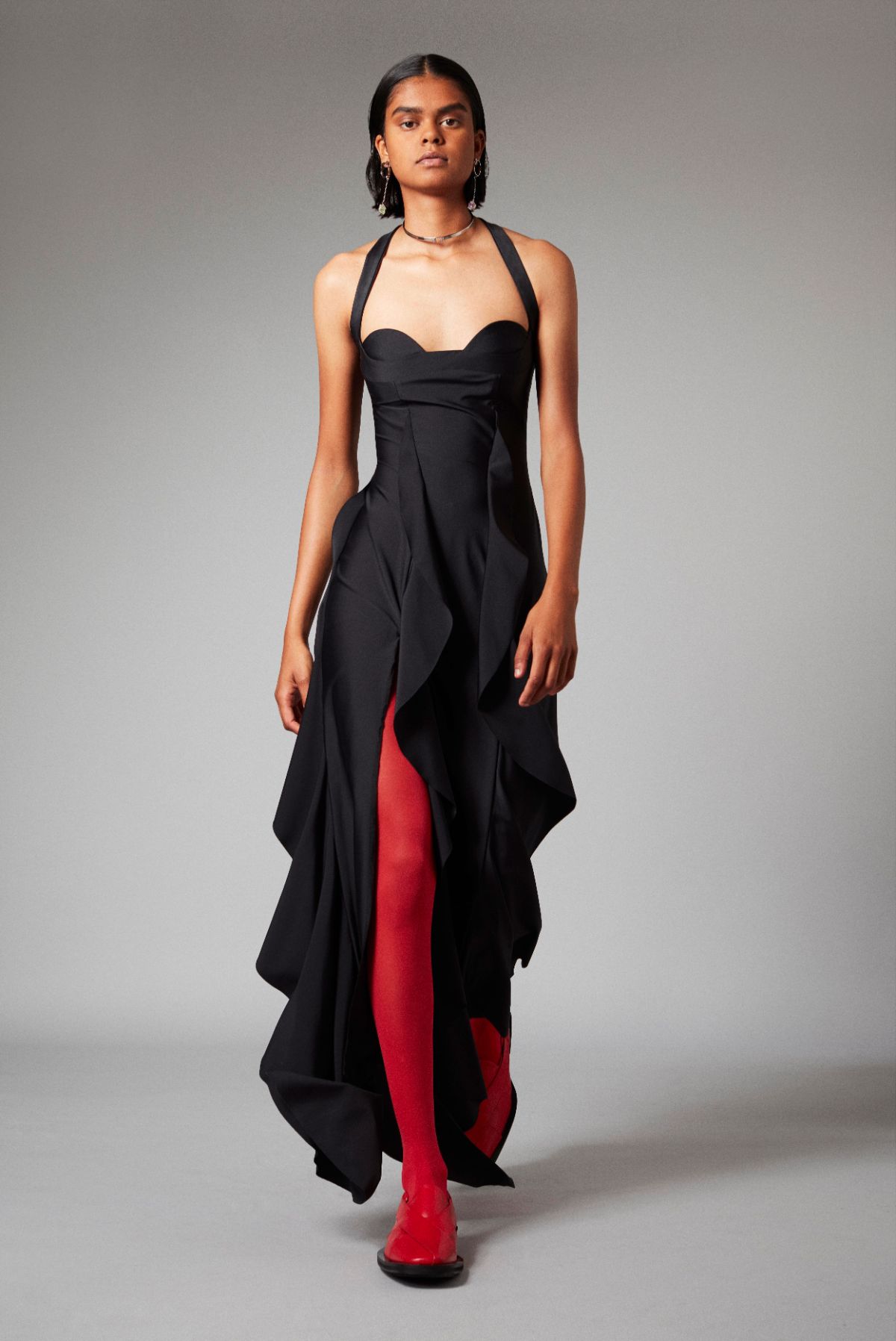 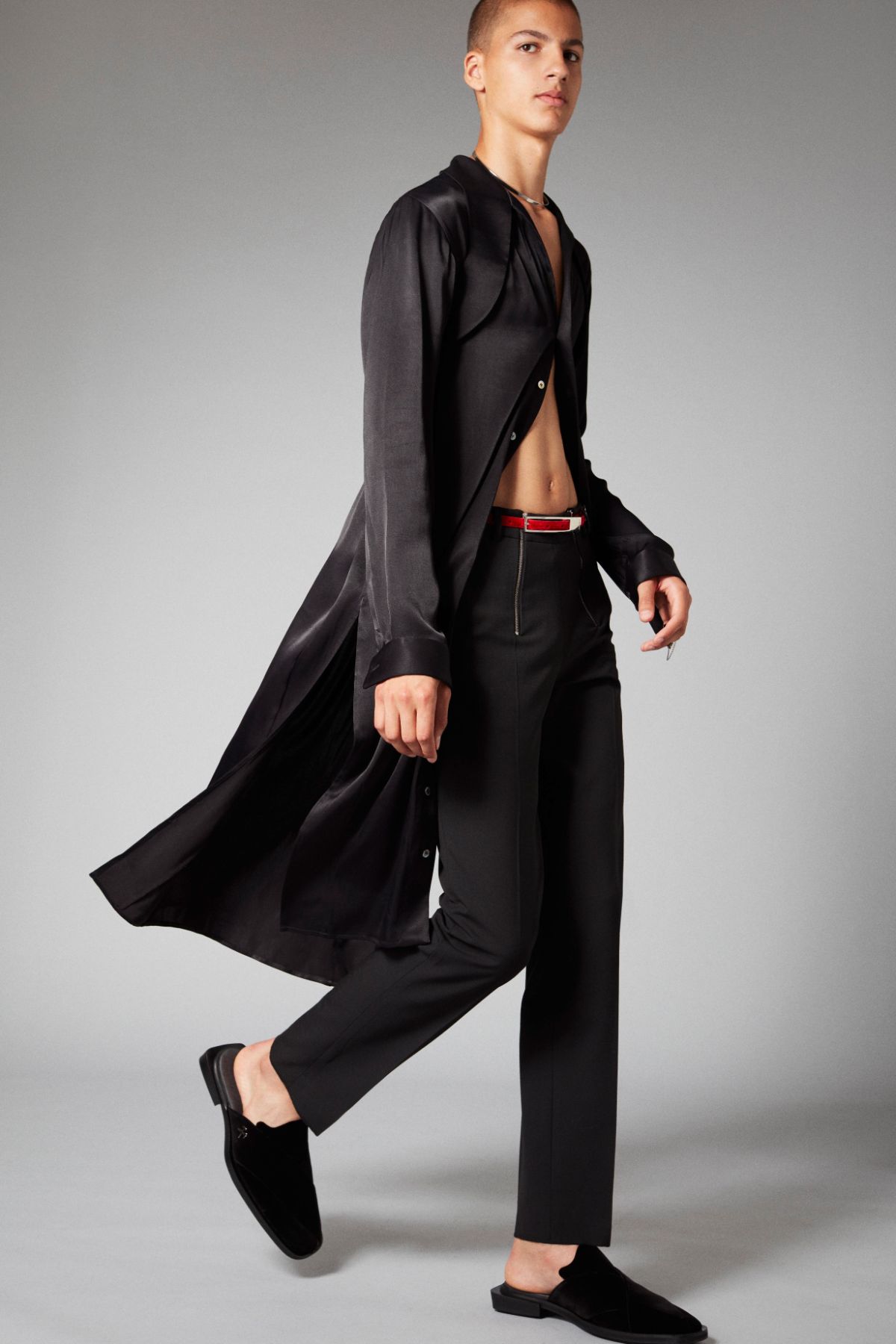 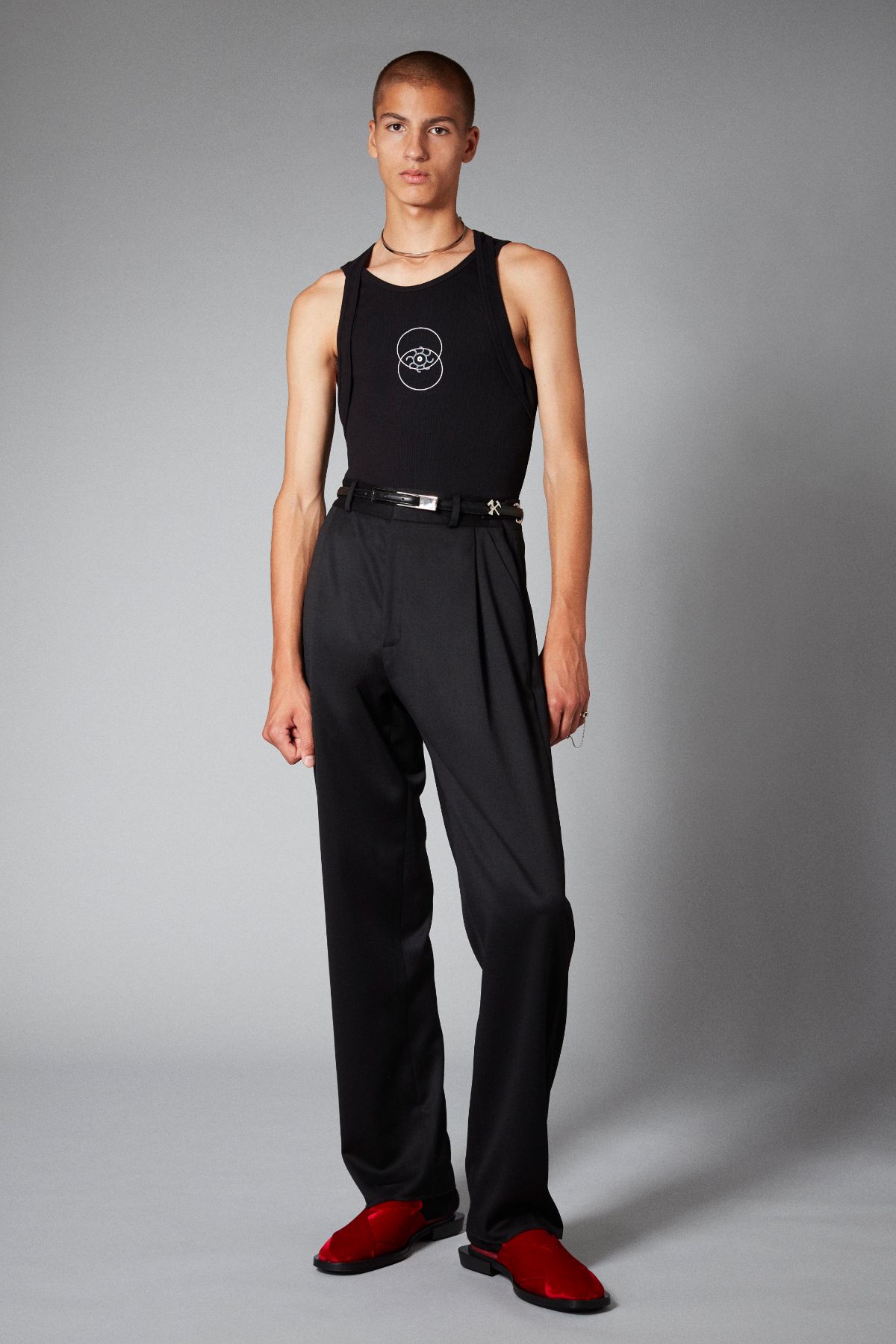 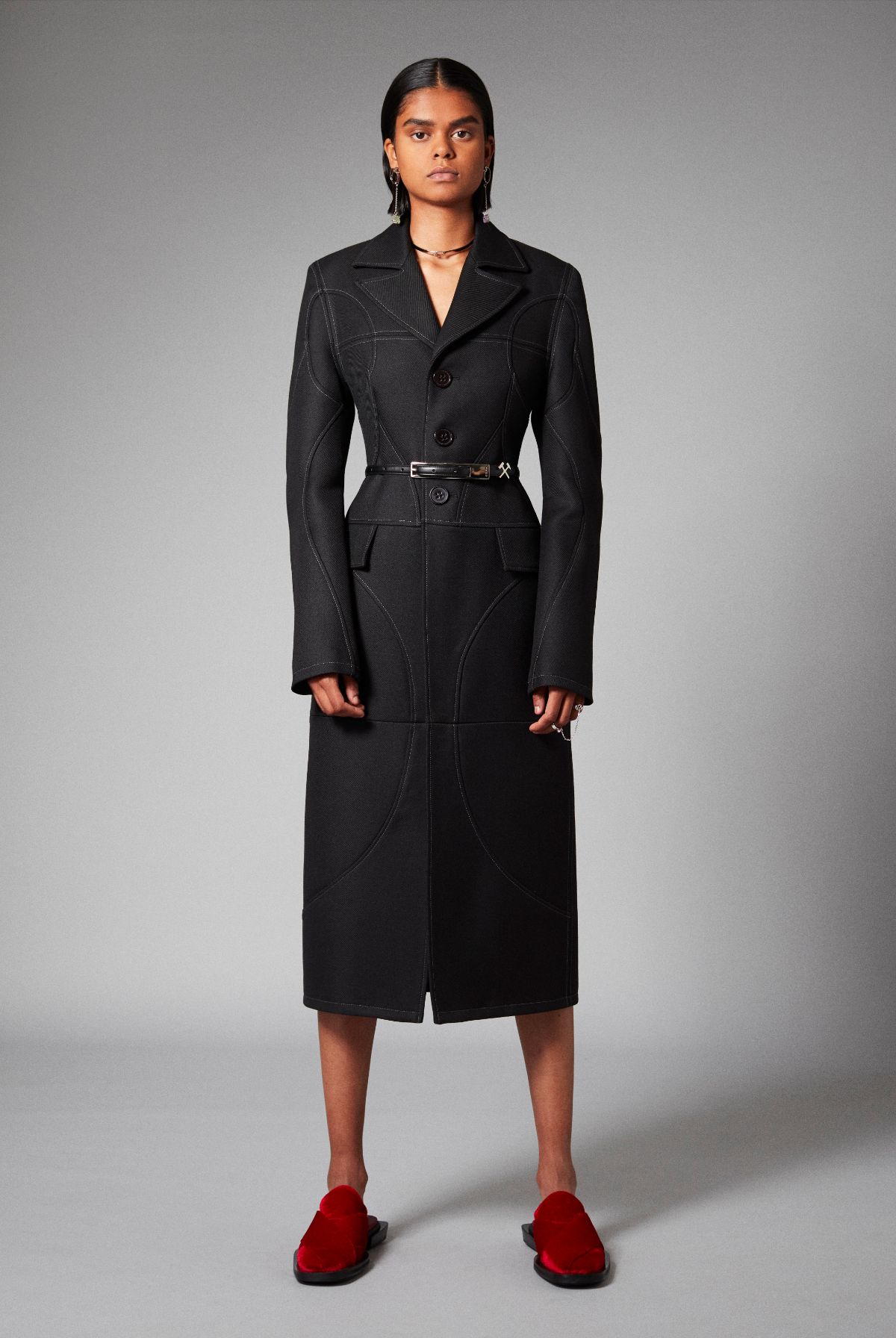 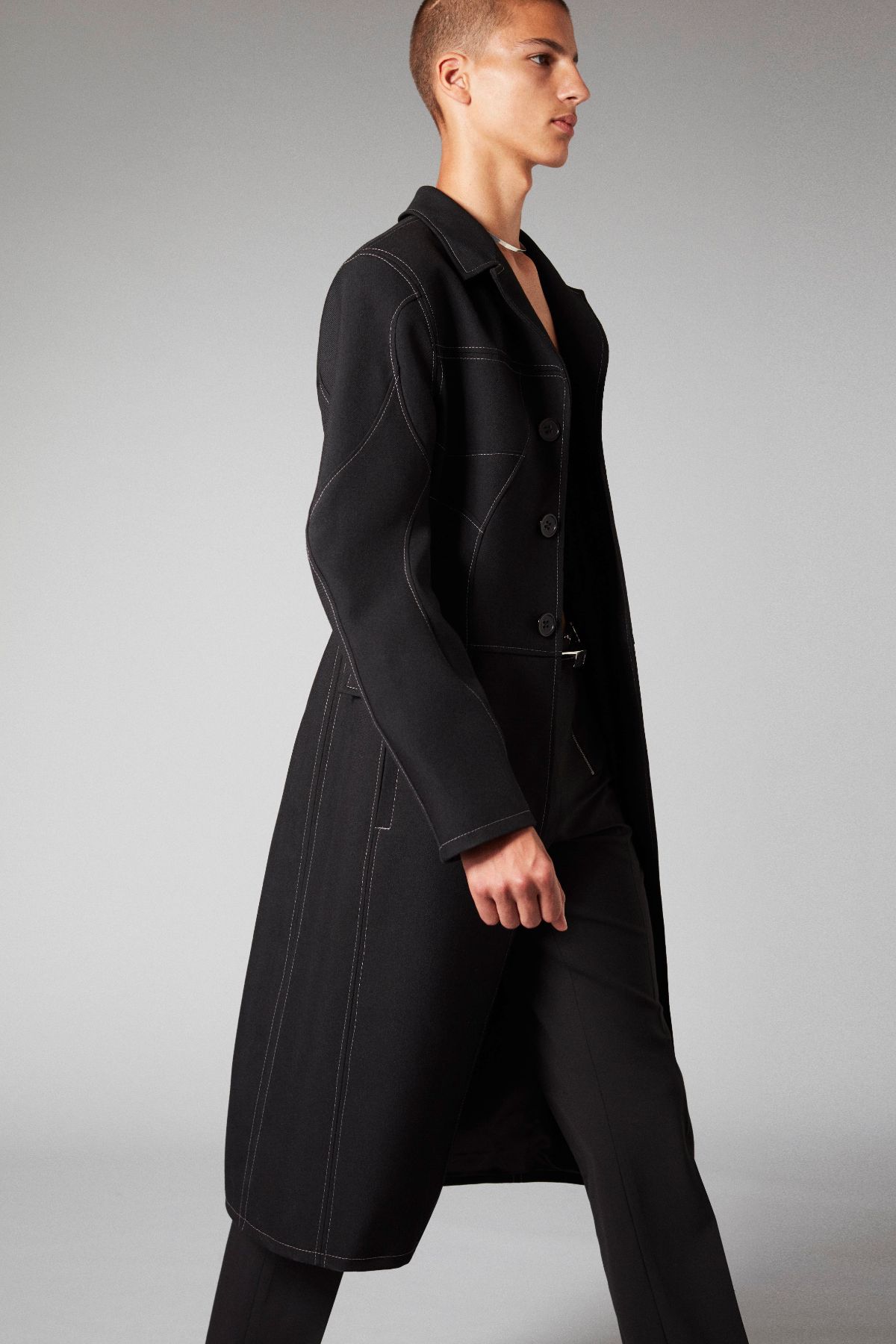 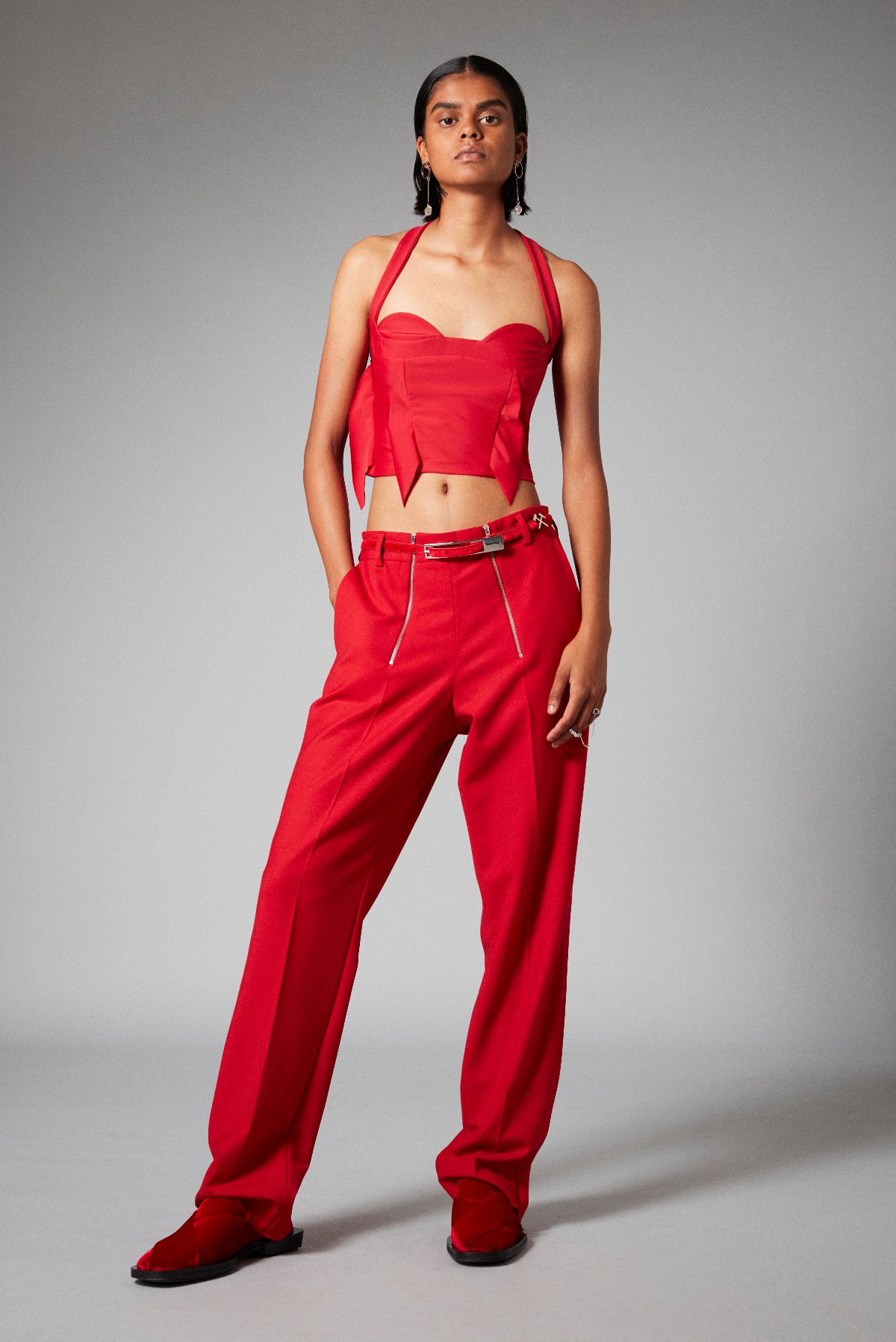 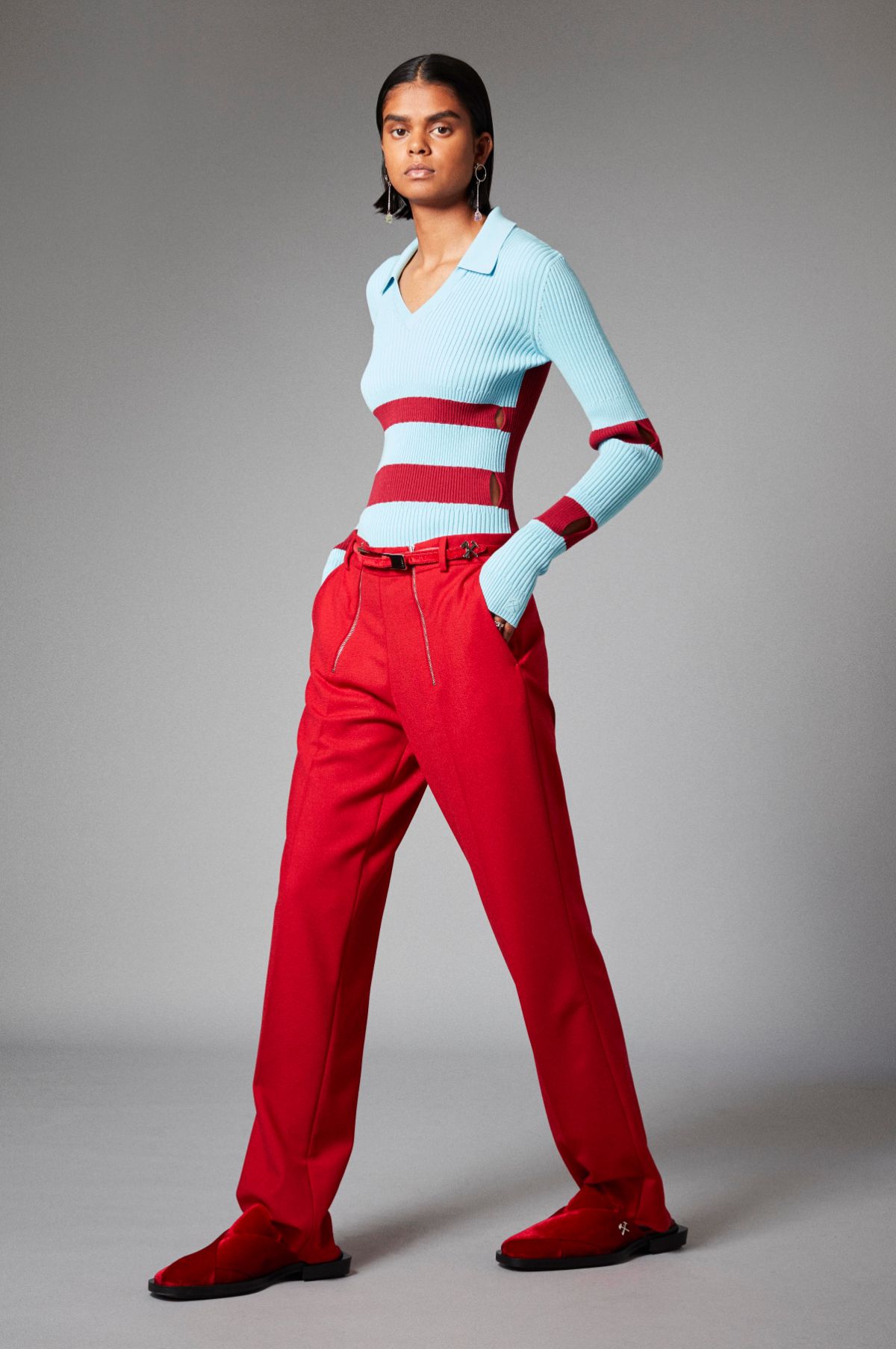 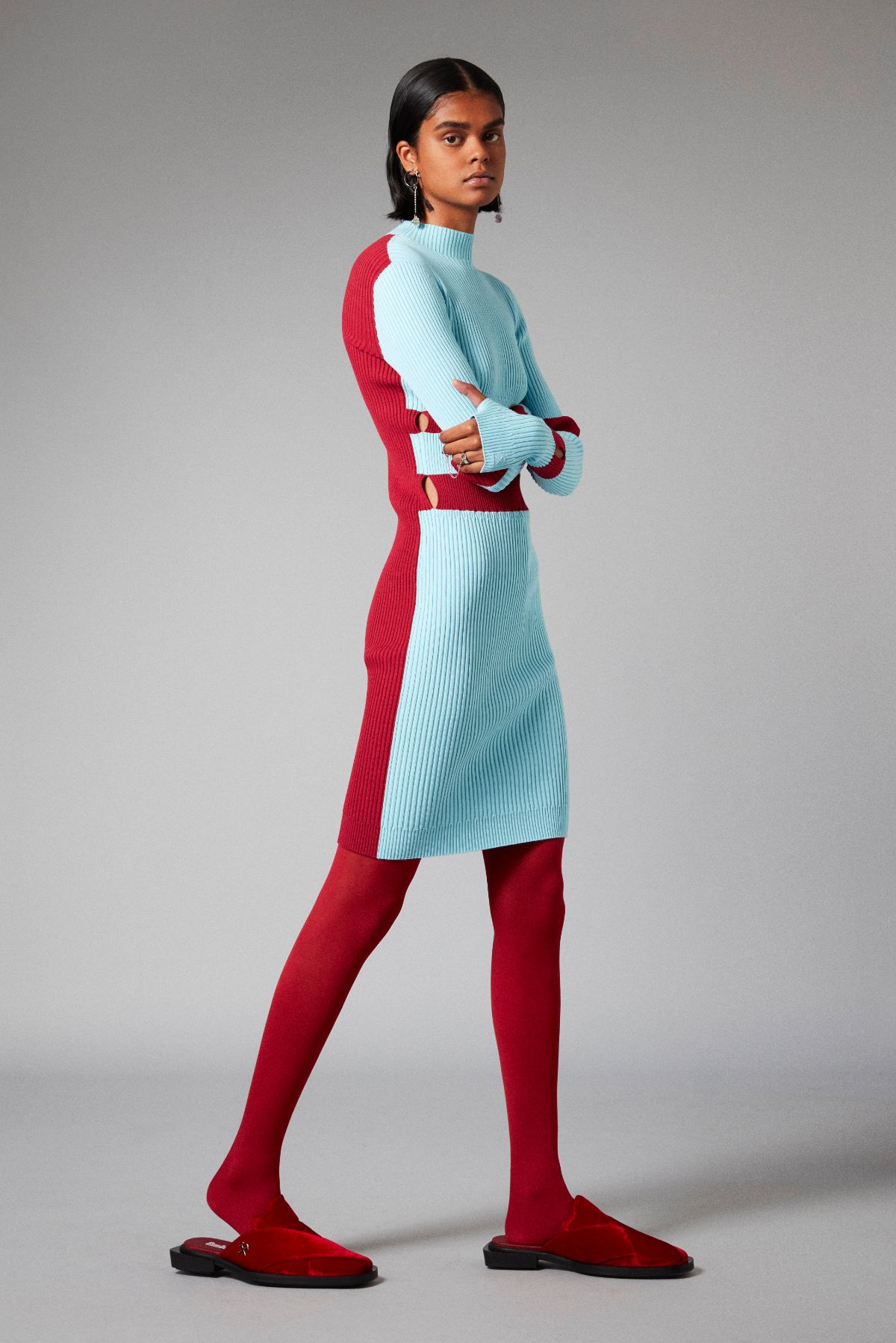 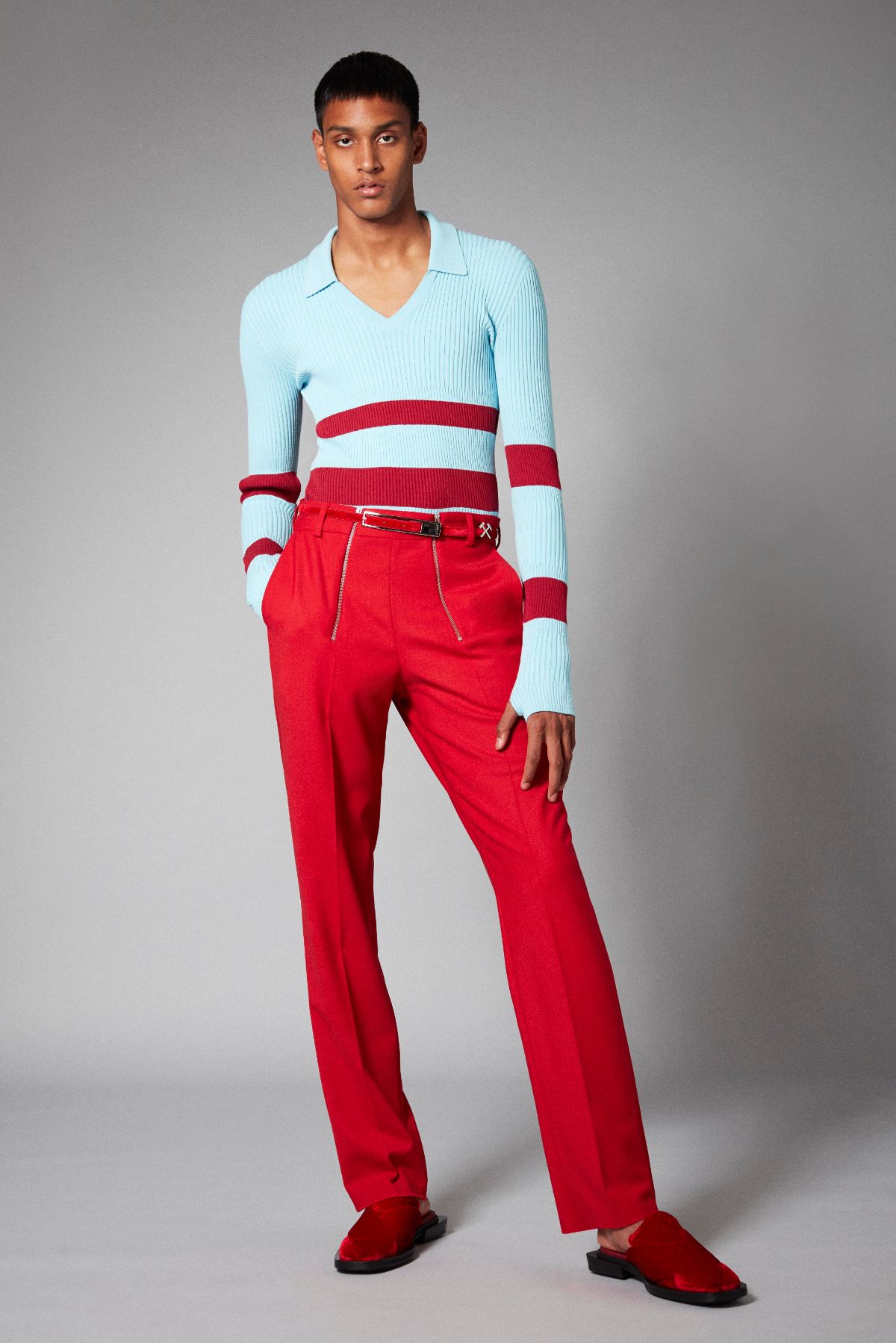 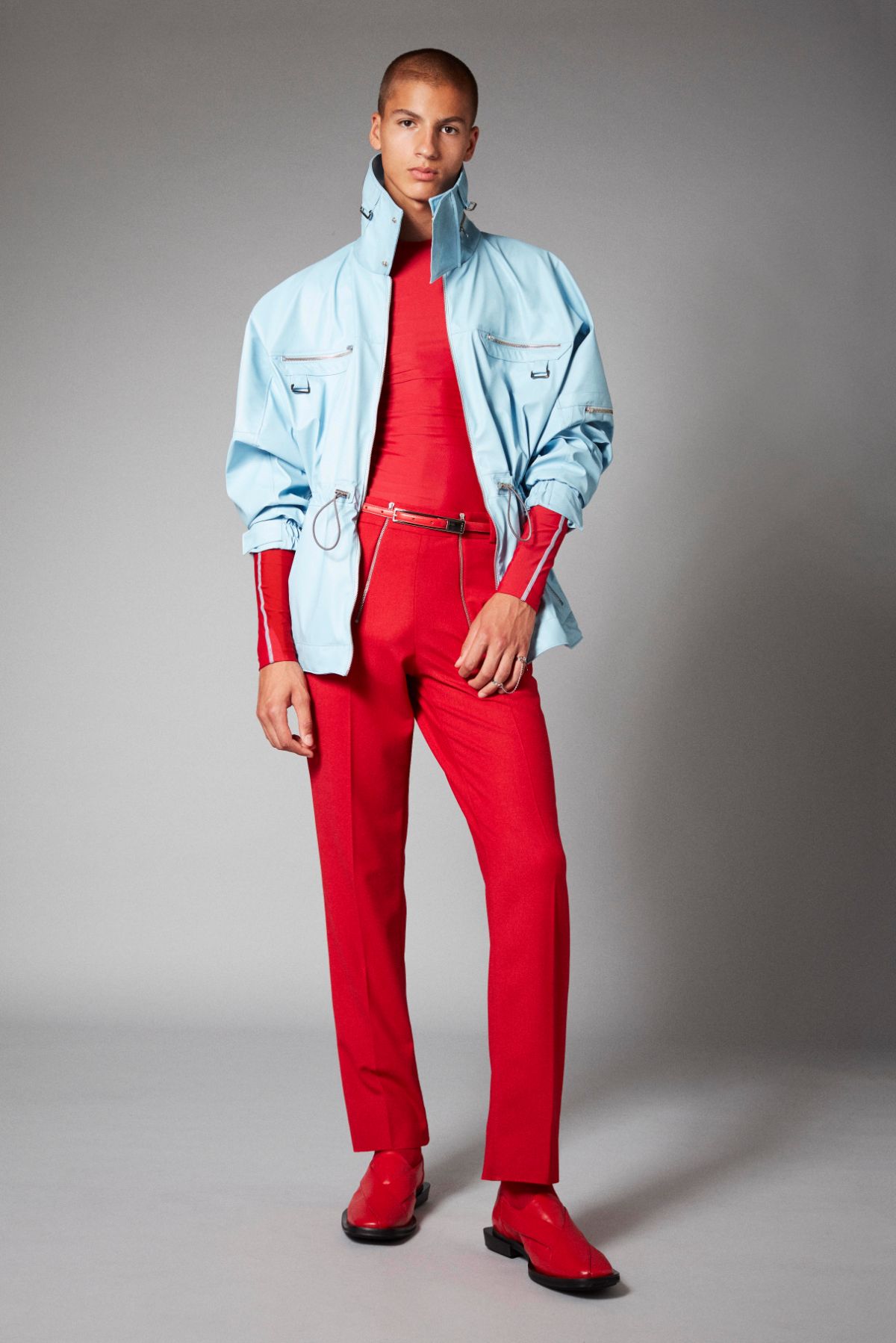 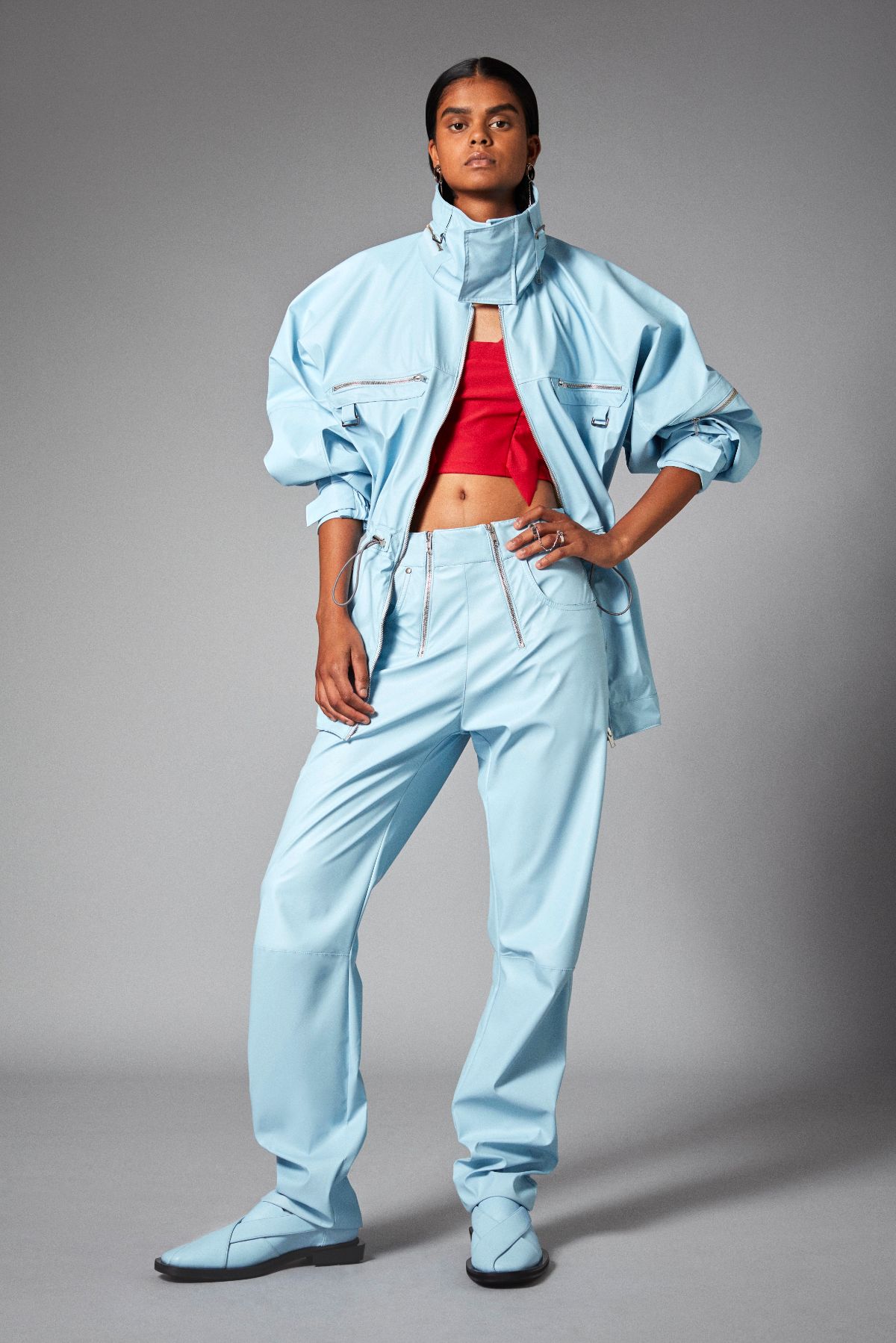 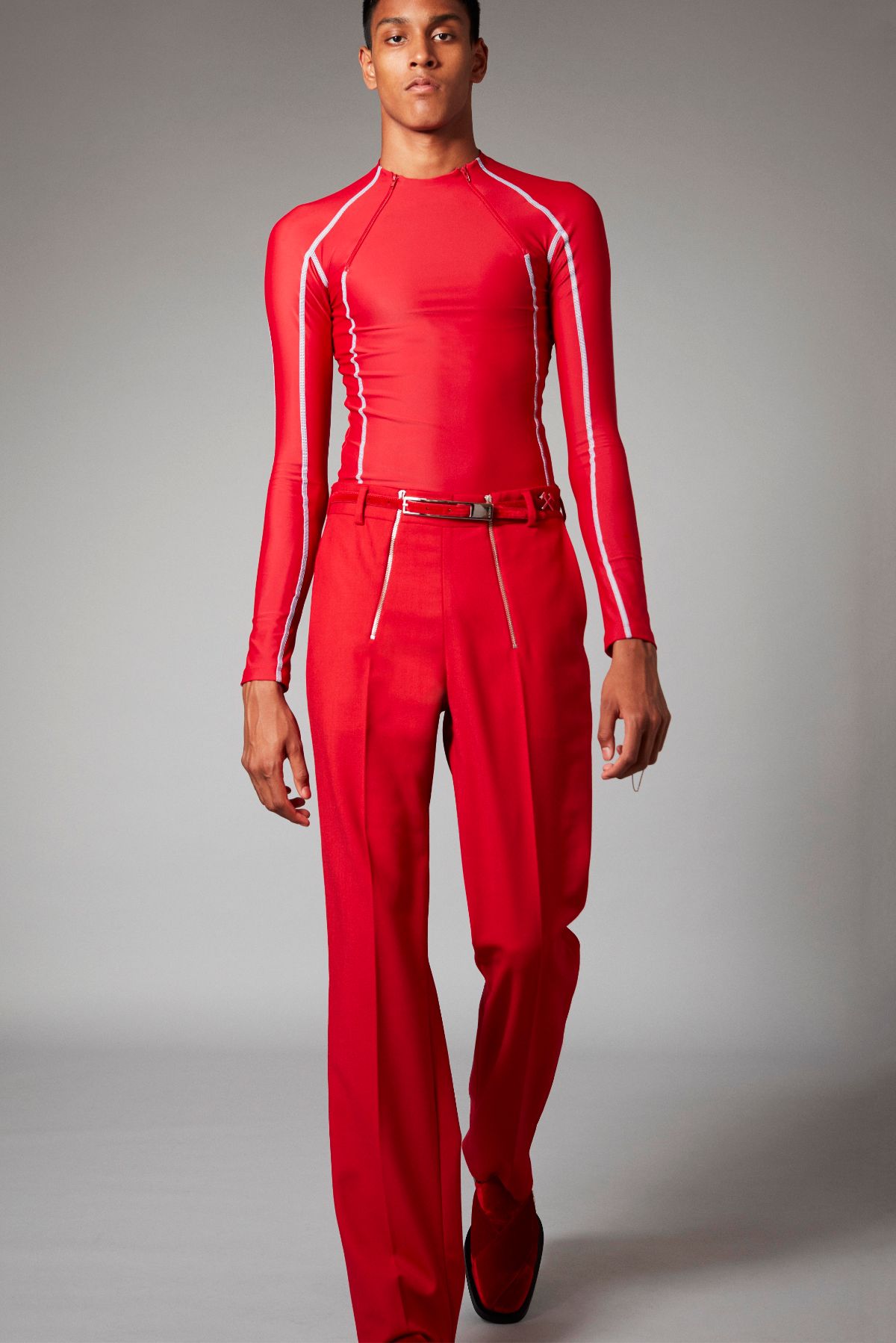 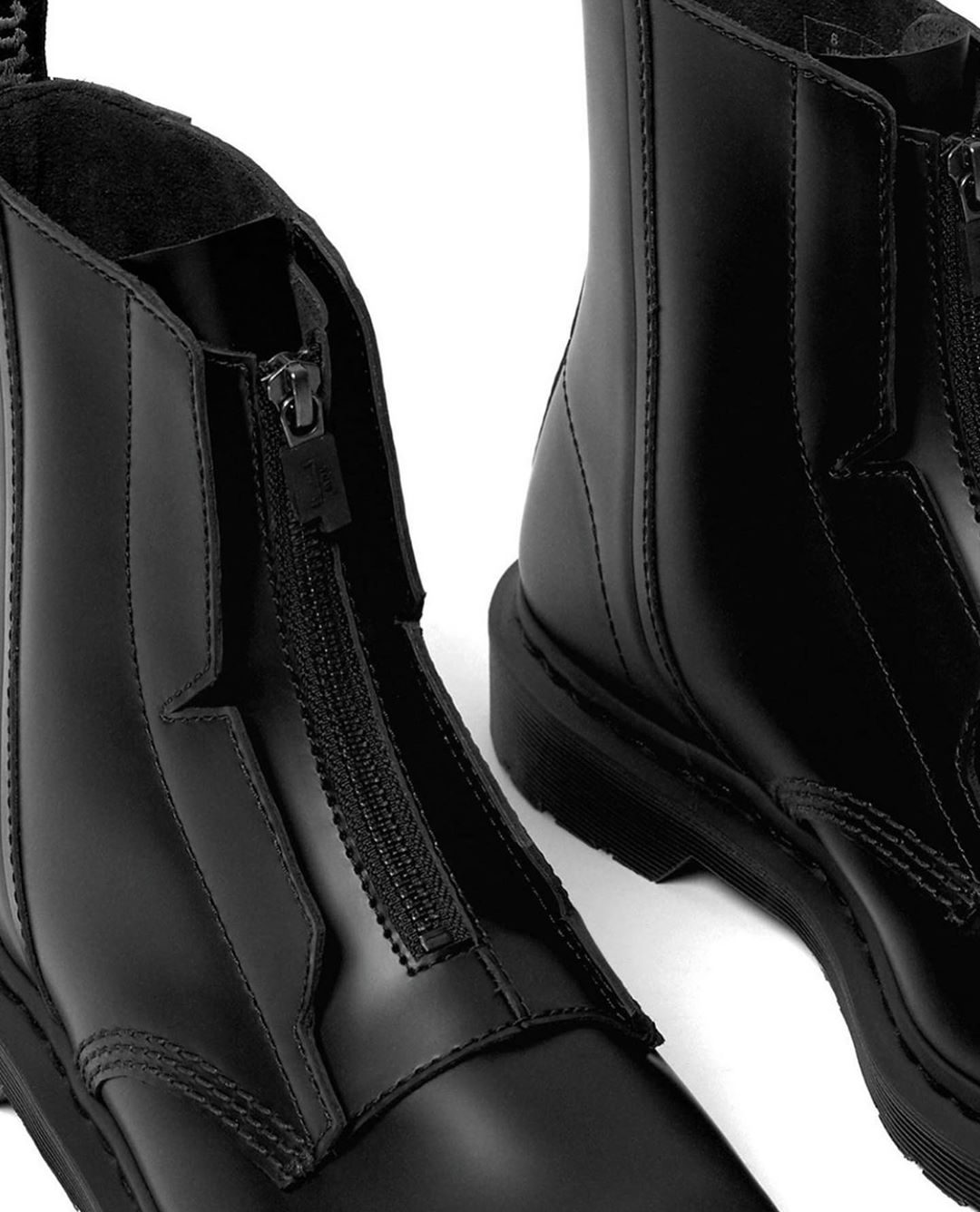