Ye x DaBaby is on the way.

Kanye West has released a snipped of his forthcoming collaboration with Charlotte-native DaBaby.

Taking to Twitter, West shared a text message screenshot that exhibited DaBaby ensuring he would send him a verse for what was then an untitled track, “Fashooo. Have that back to ya TONIGHT”.

DaBaby also took the time to express his gratitude to Kanye, stating: “Been Inspired. Still inspired! Since Graduation.” (With reference to Ye’s third studio album released back in 2007).

West followed up to post a 15-second snippet of the track just hours later, impressed by DaBaby’s verse turn around time.

DABABY TURNED THIS VERSE AROUND SO QUICK ITS INSPIRATIONAL TO SEE HOW FAST WE CAN MOVE AS A PEOPLE. I HAD TO GIVE YALL AT LEAST A SNIPPET. pic.twitter.com/Ap1SNAmFNK

A thunderous bellow of “incoming…” kicks things off before DaBaby’s signature cadence graces the snippet, “Let me get em Ye” as he begins his verse.

The collaboration follows through from DaBaby’s most recent show of appreciation to Ye, as he stood among the many celebrity endorsements regarding West’s latest presidential campaign. 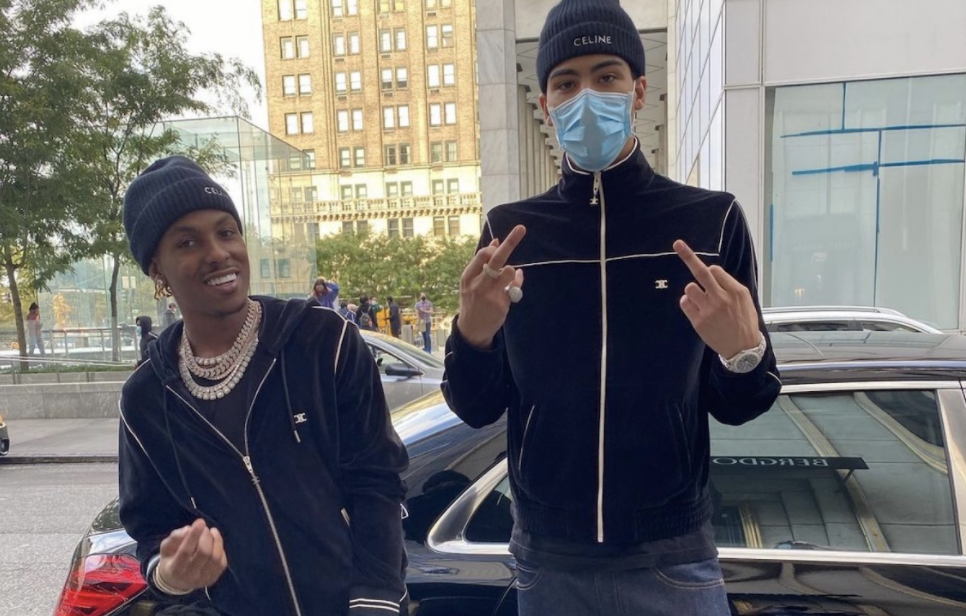 SPOTTED: Rich The Kid and Jay Critch Flaunt in Celine

SPOTTED: Rich The Kid and Jay Critch Flaunt in Celine