KidSuper finds Common-Ground with Puma in its Love for Football

Brooklyn-based creative collective KidSuper has joined sportswear giant Puma for a second season, fusing the worlds of football, fashion and art. The collection sees Colm Dillane, the founder of the collective, utilise his colourful artworks that centre around the human form as prints for the pieces.

The lookbook for this collection is shot in Brazil with Dillane’s favourite team and recent Copa Libertadores champions, Palmeiras. Athletes William, Gabriel Veron, Weverton and Renan lend a hand in modelling the latest offerings, posing against the green background of a football stadium.

Including everything from sneakers to a bathrobe, the collection focuses on comfort and practicality as loose tracksuits and track jackets make up the core of the collection. Stand-out items include a puffer jacket with a painting of various figures painted all-over alongside a tracksuit with a camo-print produced from facial features.

For footwear, classic style’s in Pumas repertoire are transformed by KidSuper Studios. The RS-2K slip-on is also printed with a camo/face print, whilst the Mirage Mox and Trailfox Boot are given colourful make-overs with the latter being customised to include leather on the collar to hold a pencil. The most subtle of the footwear transformations is the Vesuvo, the simple, white model being given a translucent overlay on the heel and collaborative branding. 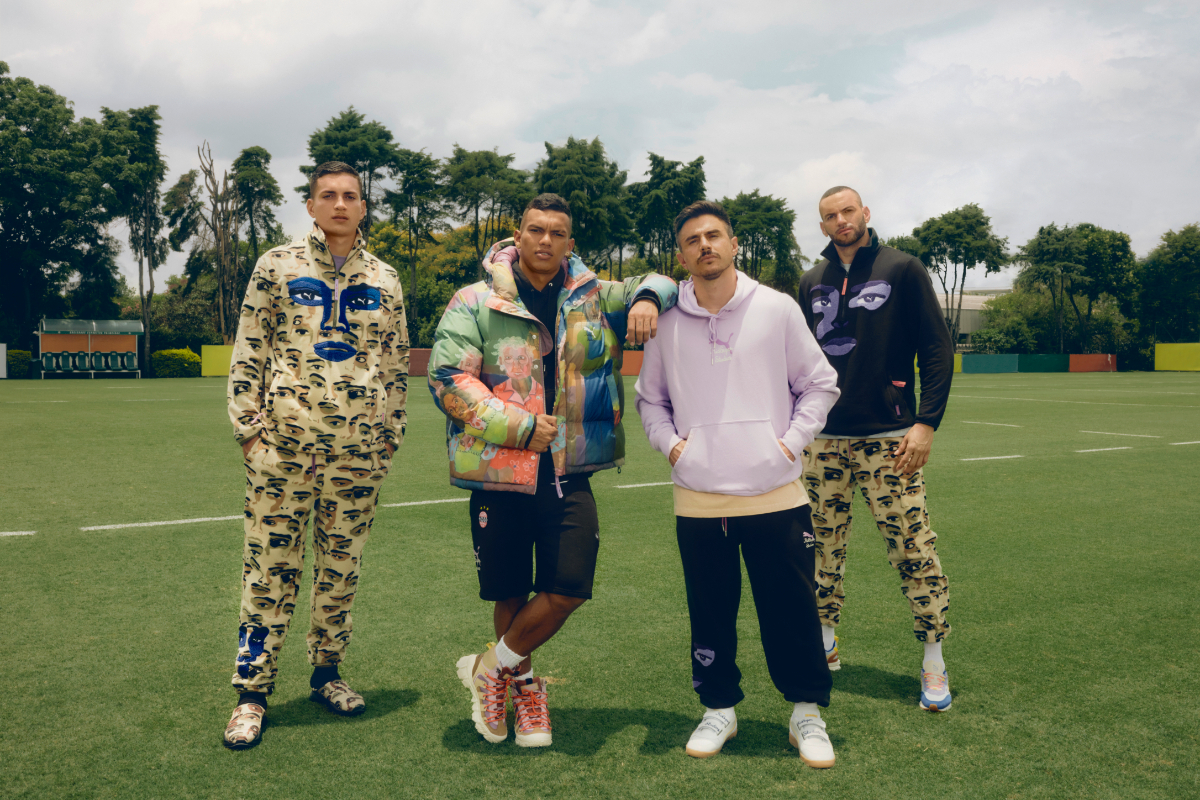 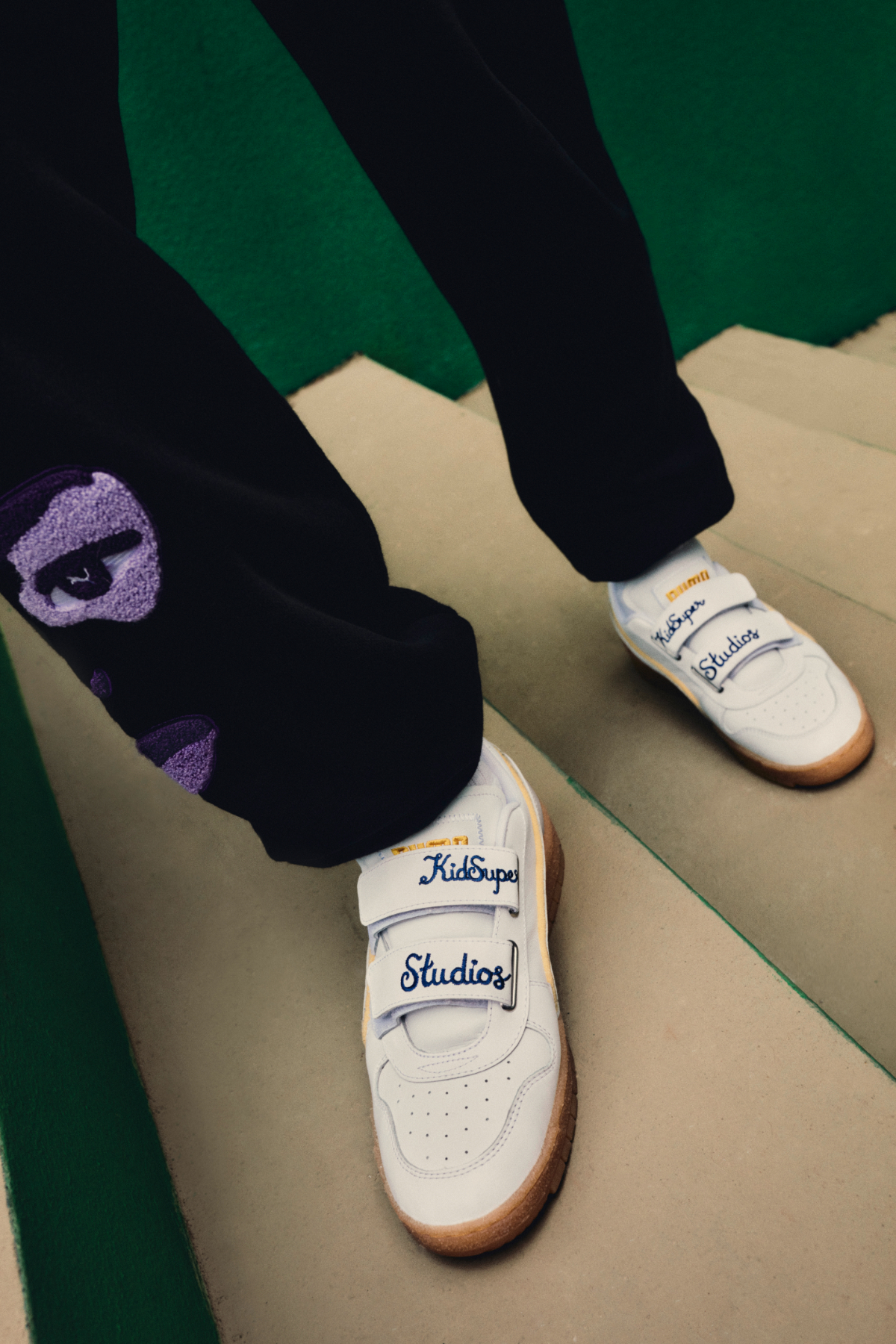 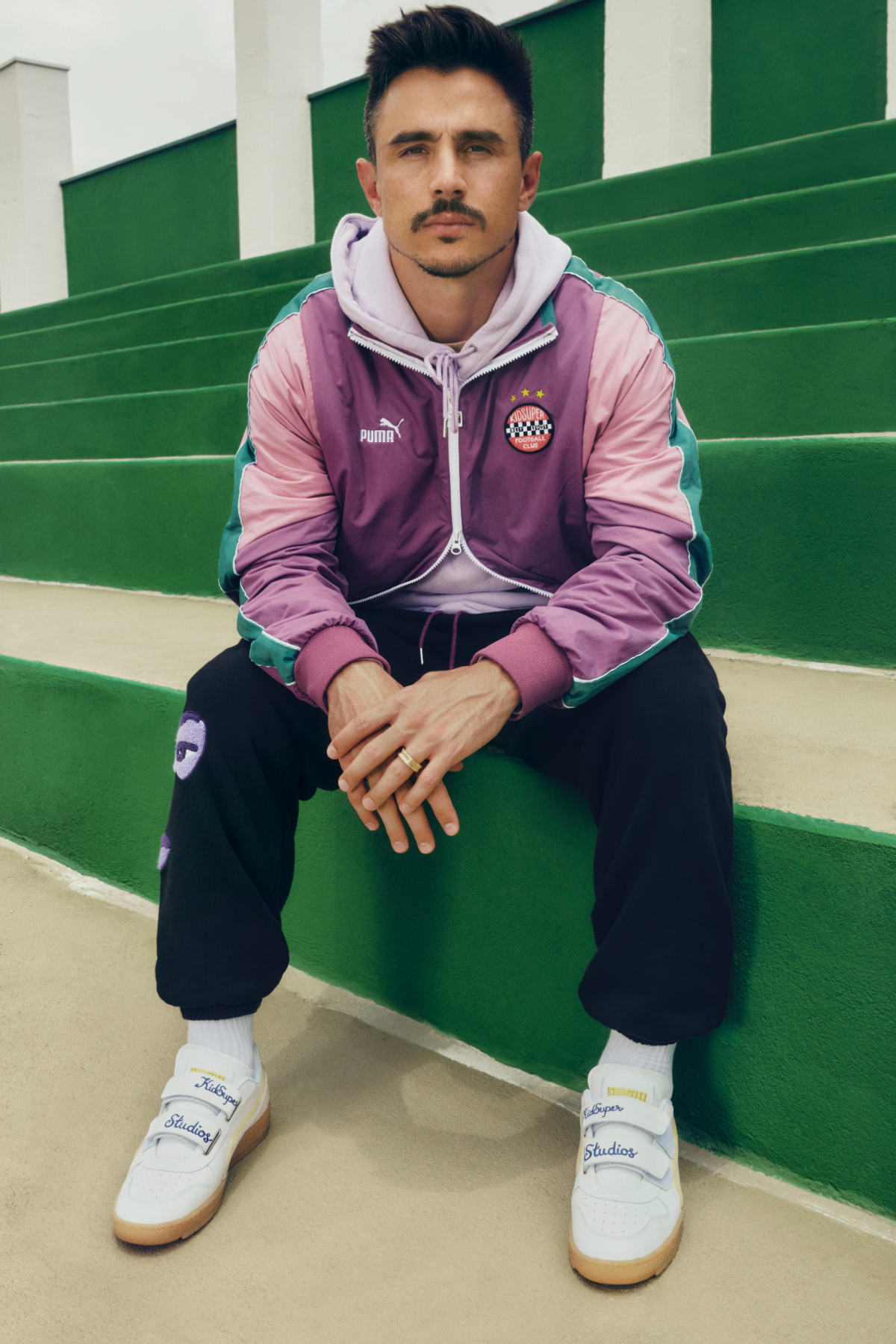 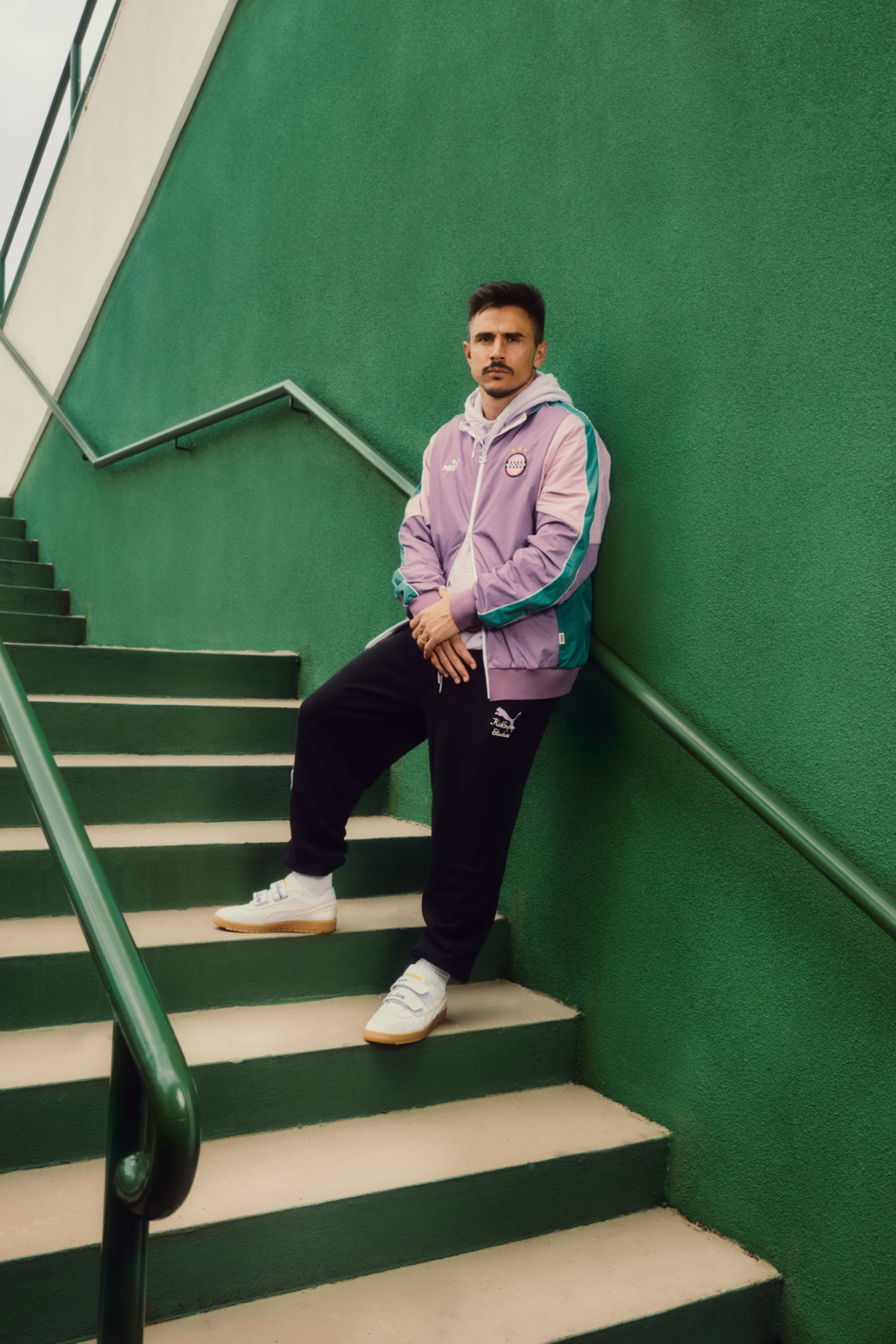 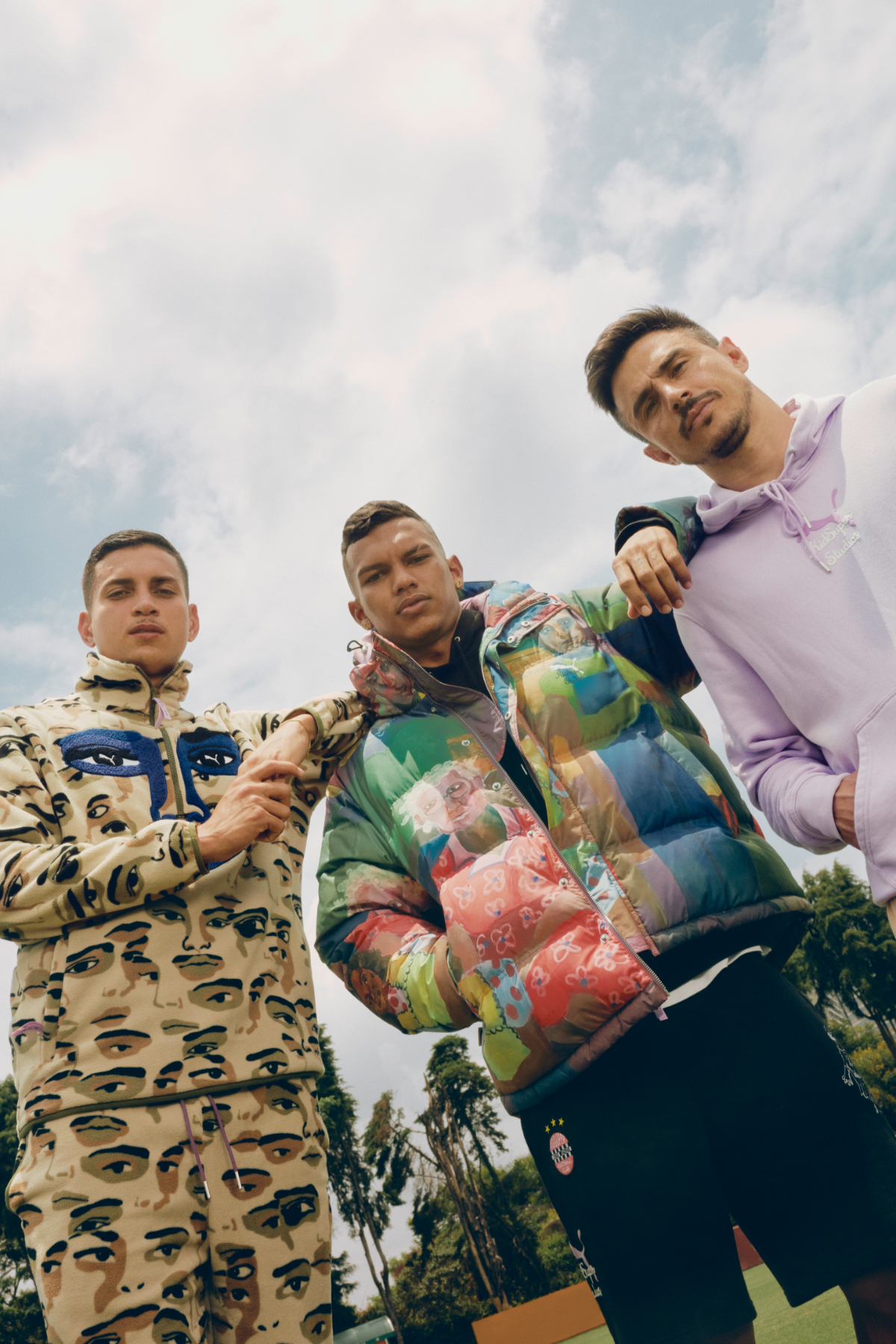 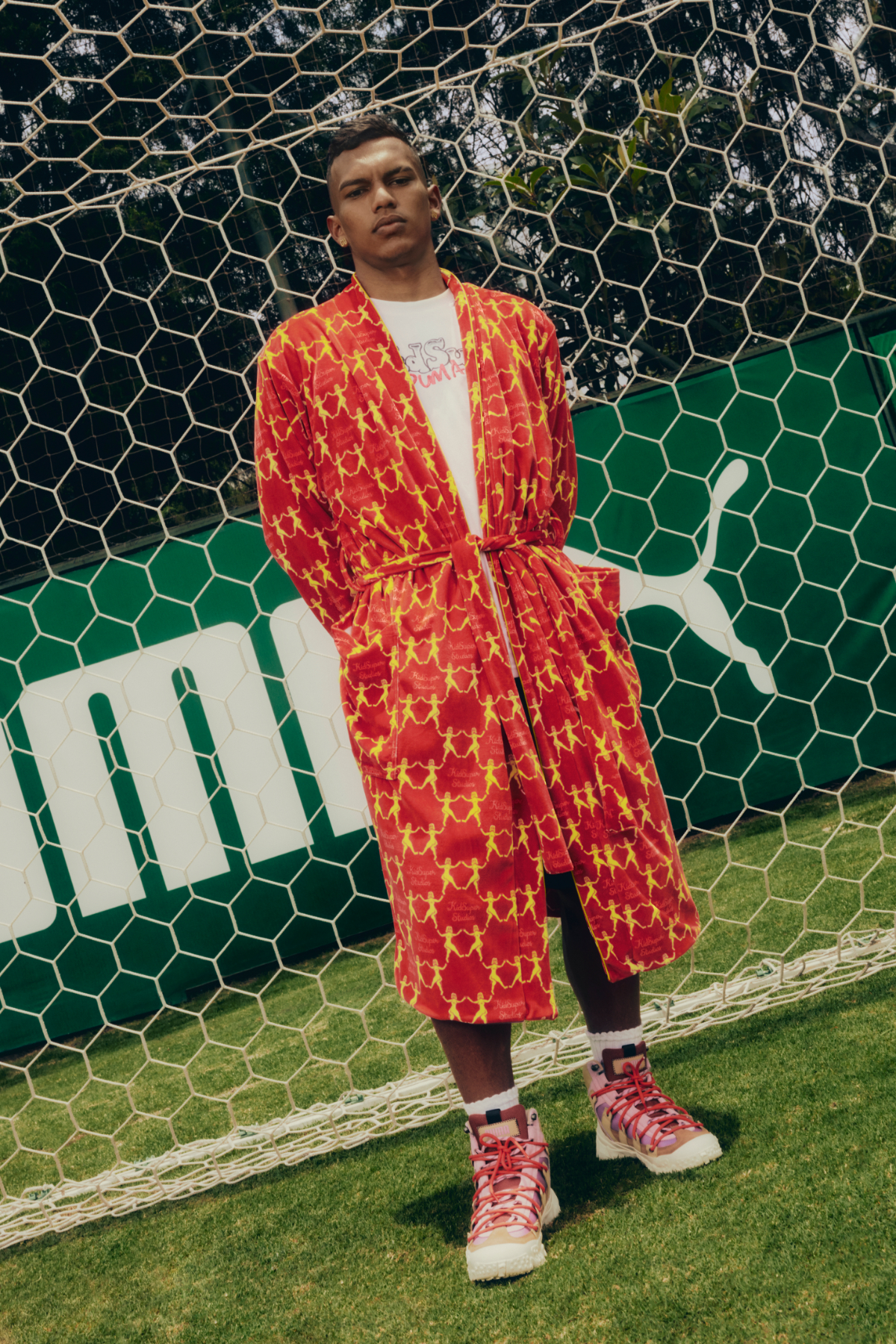 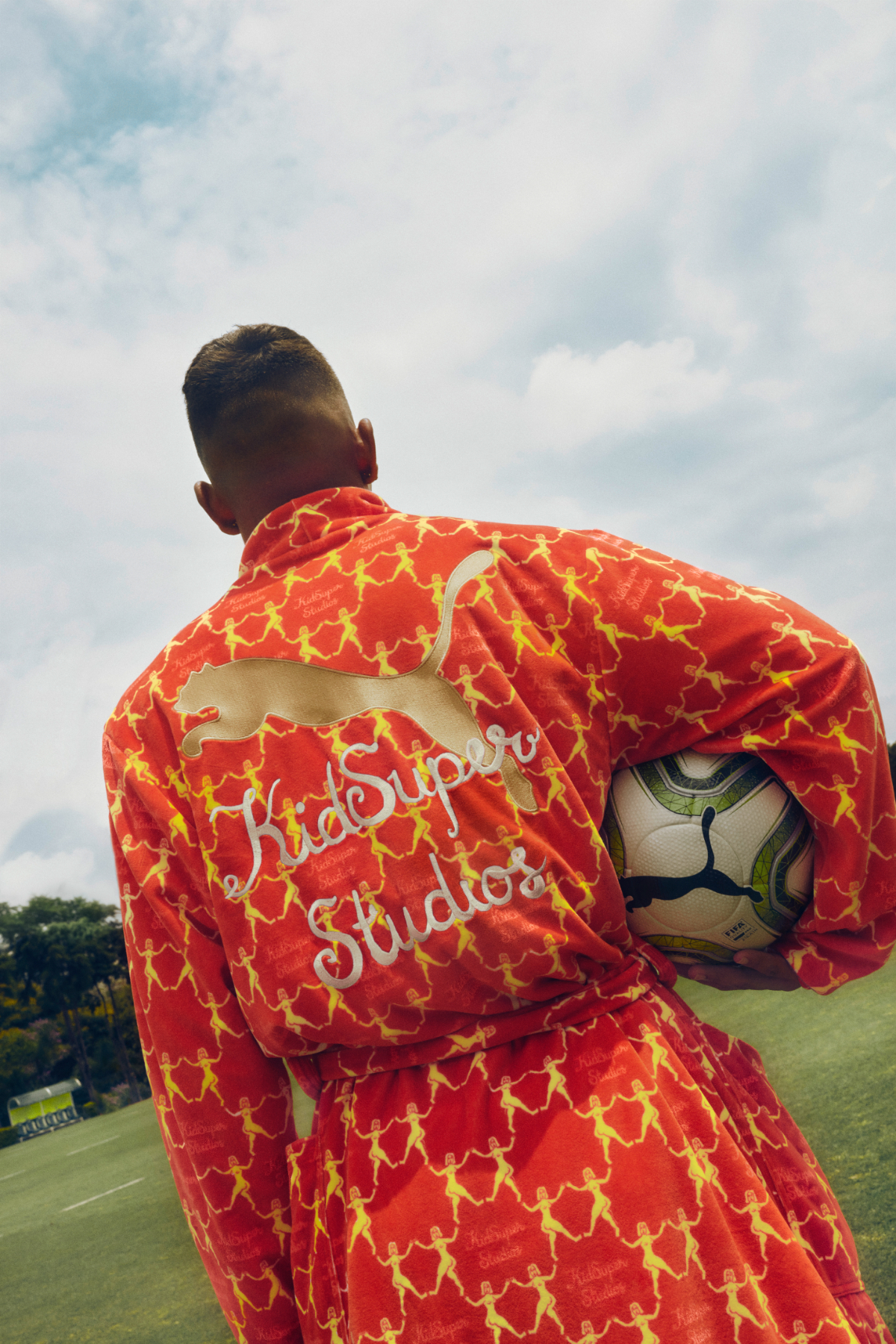 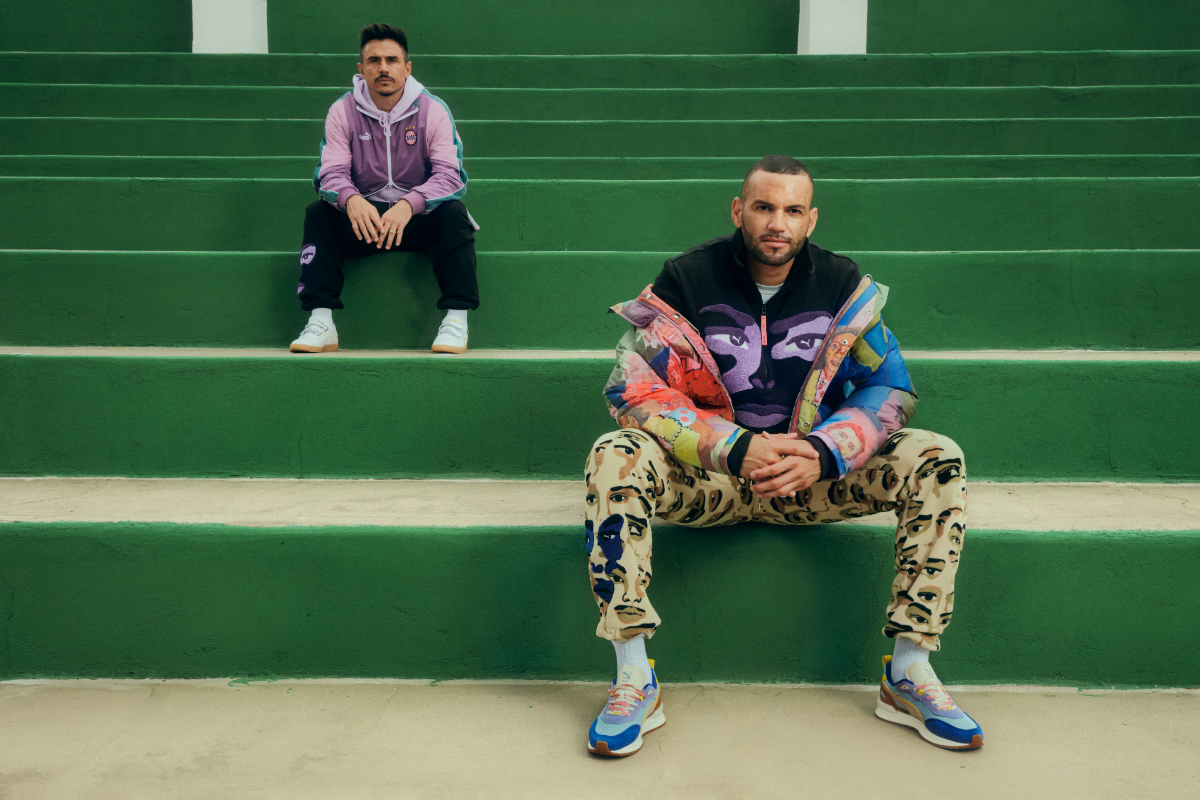 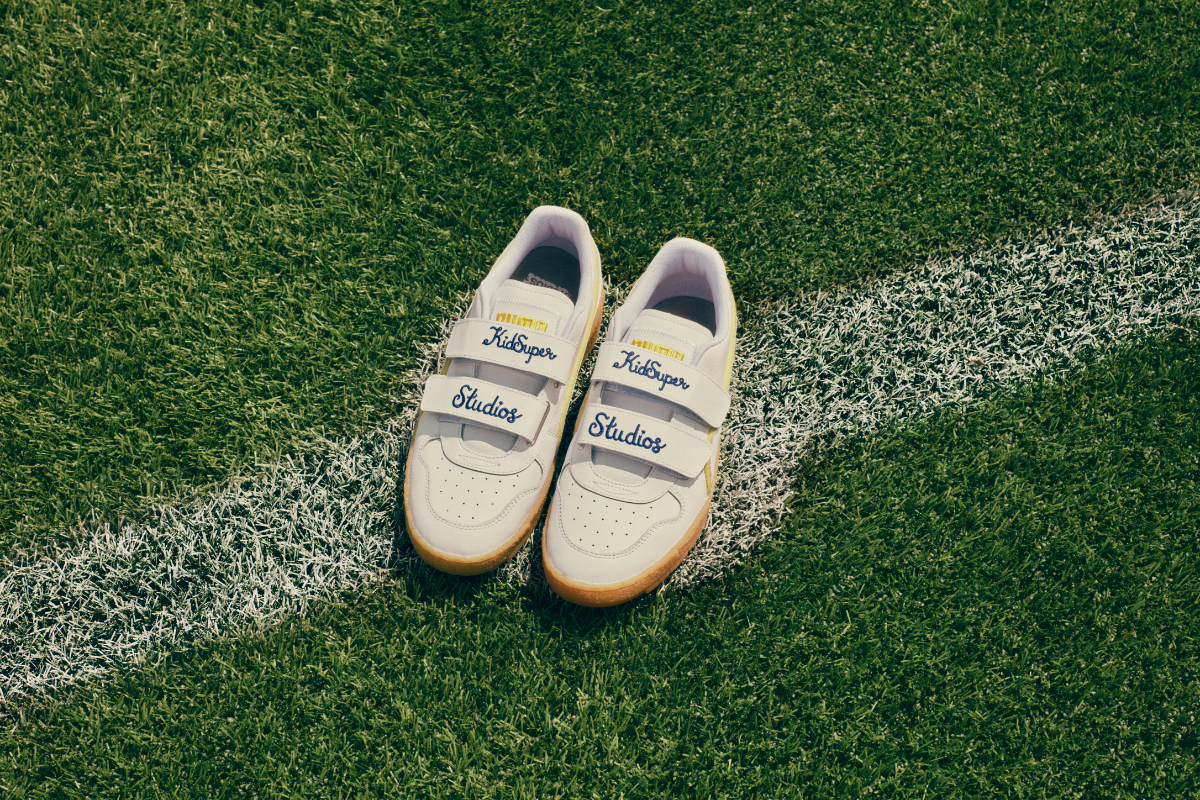 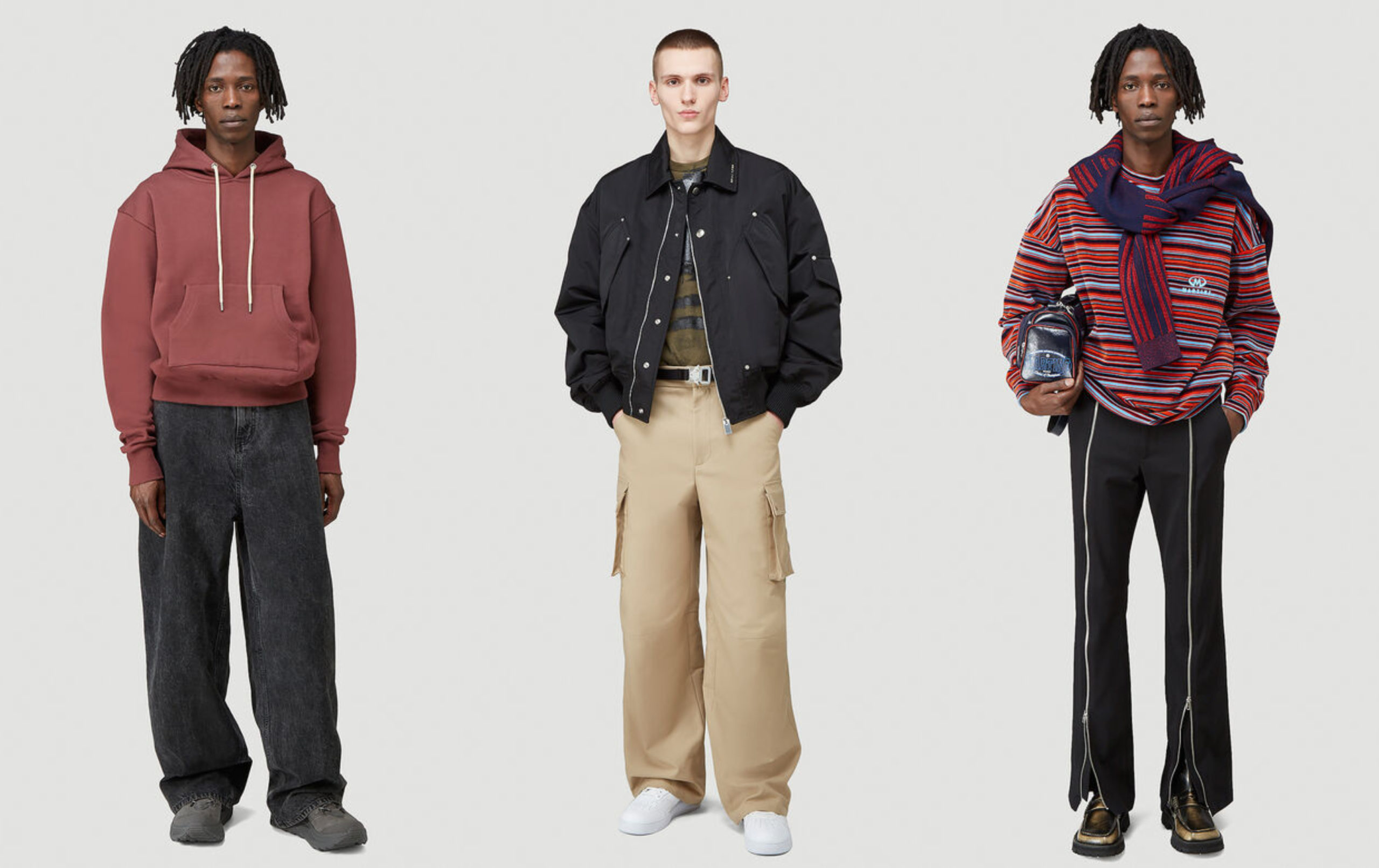