With a surprising sock selection.

Sat to watch Balenciaga’s first Haute Couture collection in 53 years, some eyes will have been taken off the runway to peak at Kanye West rocking an all-black variant of the bright blue YEEZY X GAP jacket that launched in June.

The oversized jacket has a round silhouette, with the construction having been argued to be inspired by the early work of Cristóbal Balenciaga by GQ fashion journalist and critic Rachel Seville Tashjian.

Kanye rocked this new colourway with black nylon trousers, a mask that covered the entirety of his face and a pair of Adidas Yeezy Foam RNNR Sneakers. Despite this eccentric outfit, one detail that caught many fan’s eyes was the Nike socks which the designer and rapper rocked. Having famously moved from Nike to Adidas to create his Yeezy footwear line, and spoken out against the American sportswear company, it was an interesting move from the 44-year-old.

Kanye is known for wearing his own designs way before they ever hit stores so there is no telling when this jacket will release (if it ever does), however, make sure to stay posted for any new information. 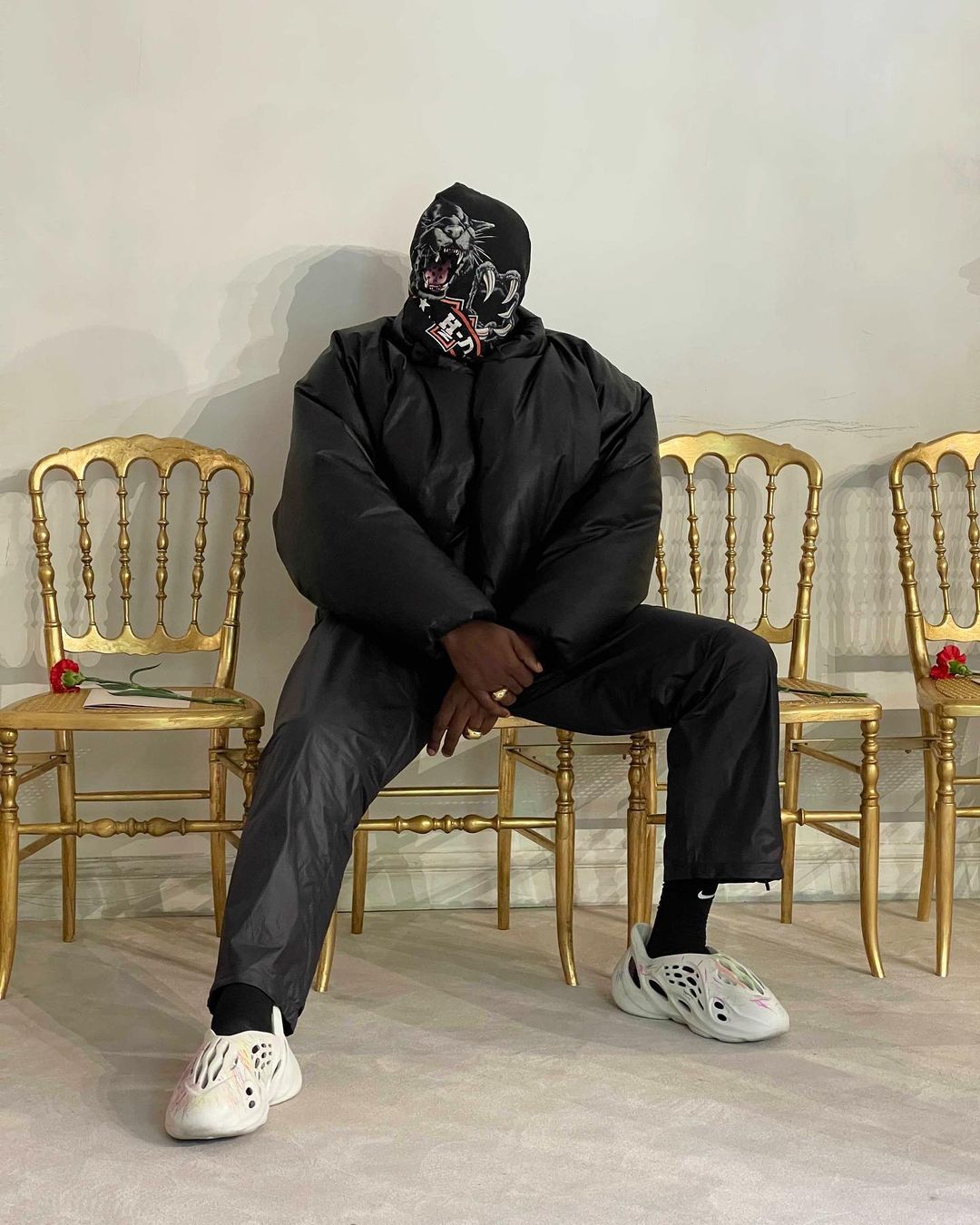 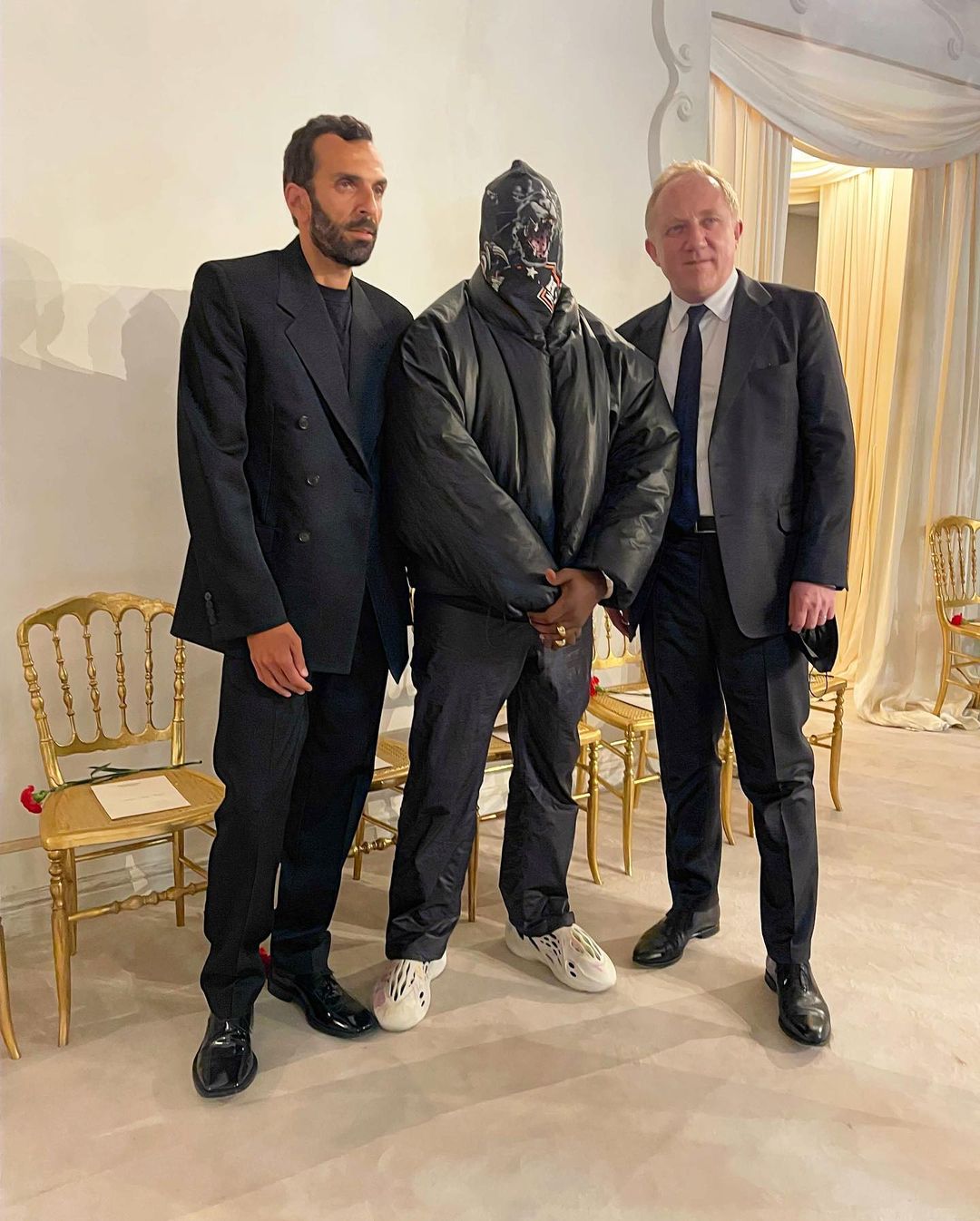 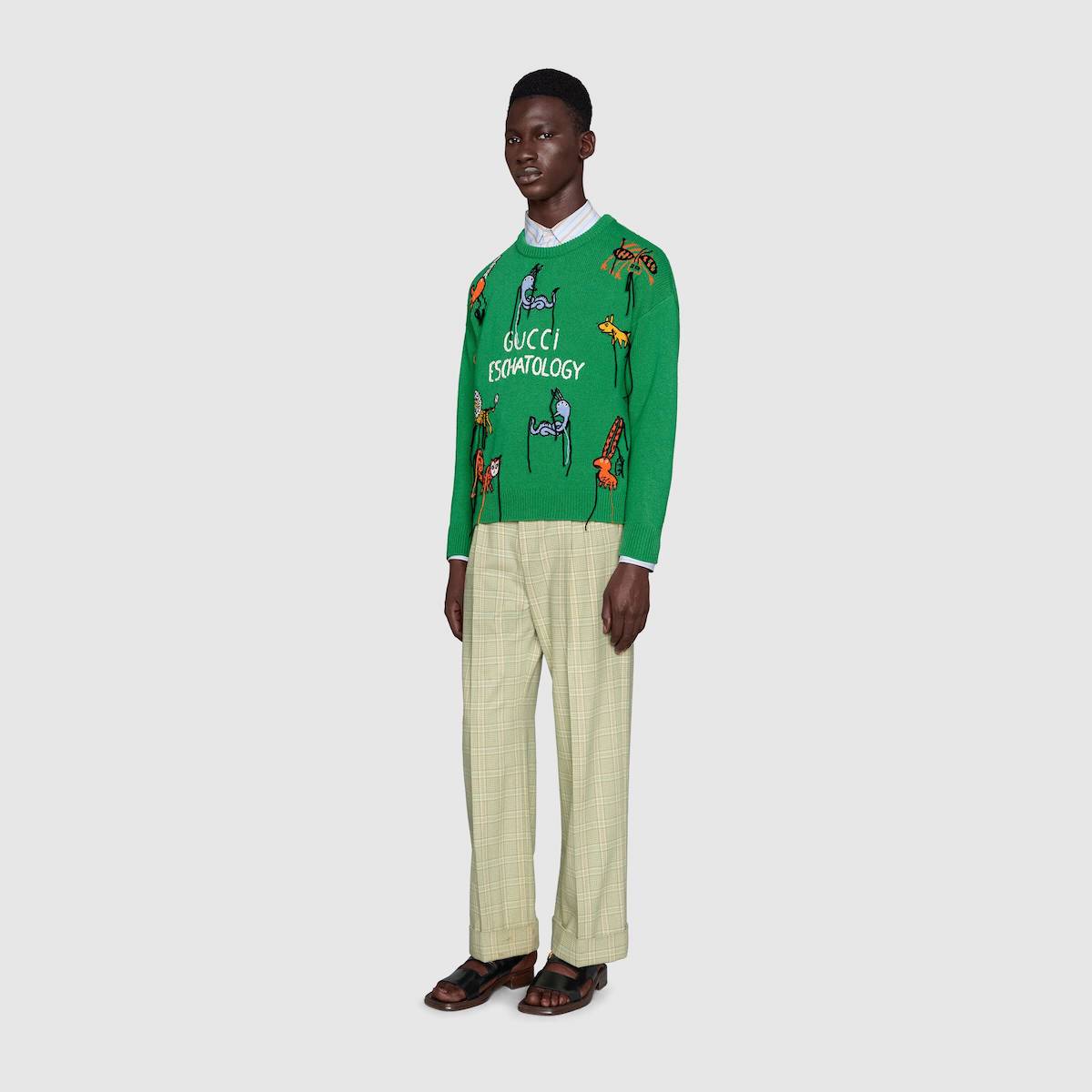