A lot went down.

The time has finally come, Kanye West’s long-awaited Donda album is amongst us.

Having announced that the album is releasing on Friday 23 July earlier this week, Kanye held a listening party to a sold-out crowd in his hometown, at the Atlanta stadium.

The 44-year-old artist and fashion designer stepped out onto the pitch of the stadium, which had been covered with white flooring, wearing an all-red outfit and grey mask. Something that has remained consistent in his on stage and off stage attire since wearing a bejewelled Margiela mask for the Yeezus tour, this time he was sporting a more muted grey variation.

Most notable in the rapper’s outfit was his red jacket. It is a yet-to-be-seen colourway of his round jacket created as part of a collaboration with Gap. This all-red design will join the blue colour, which was first released for pre-order at the start of last month, and the all-black style, which he previewed at a Balenciaga fashion show and subsequently also released on pre-sale. If this colourway sees the same treatment with regard to being available to purchase is not yet known.

Beyond the artist’s attire, there were many talking points in the music he was presenting. Fellow rapper Jay-Z, who created the collaborative album Watch The Throne with Kanye and has referred to Kanye as his “little brother”, was featured on a song presented at the end of the show. The two had a high-profile falling out which included Jay Z and Beyonce not attending Kanye’s wedding with Kim Kardashian, but this song would infer that the two have settled their differences.

See the outfit which Kanye rocked below and get ready for the album to release later today. 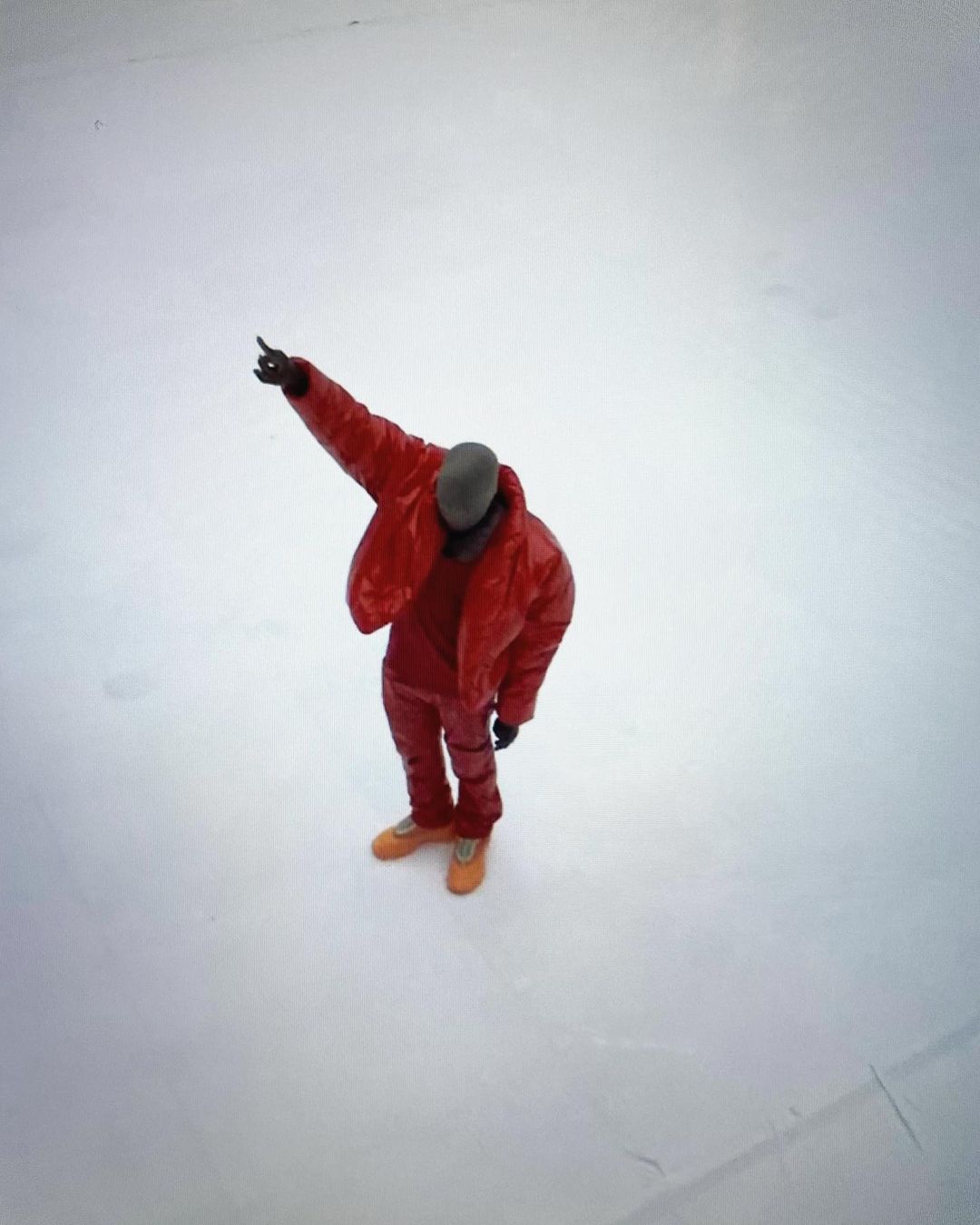 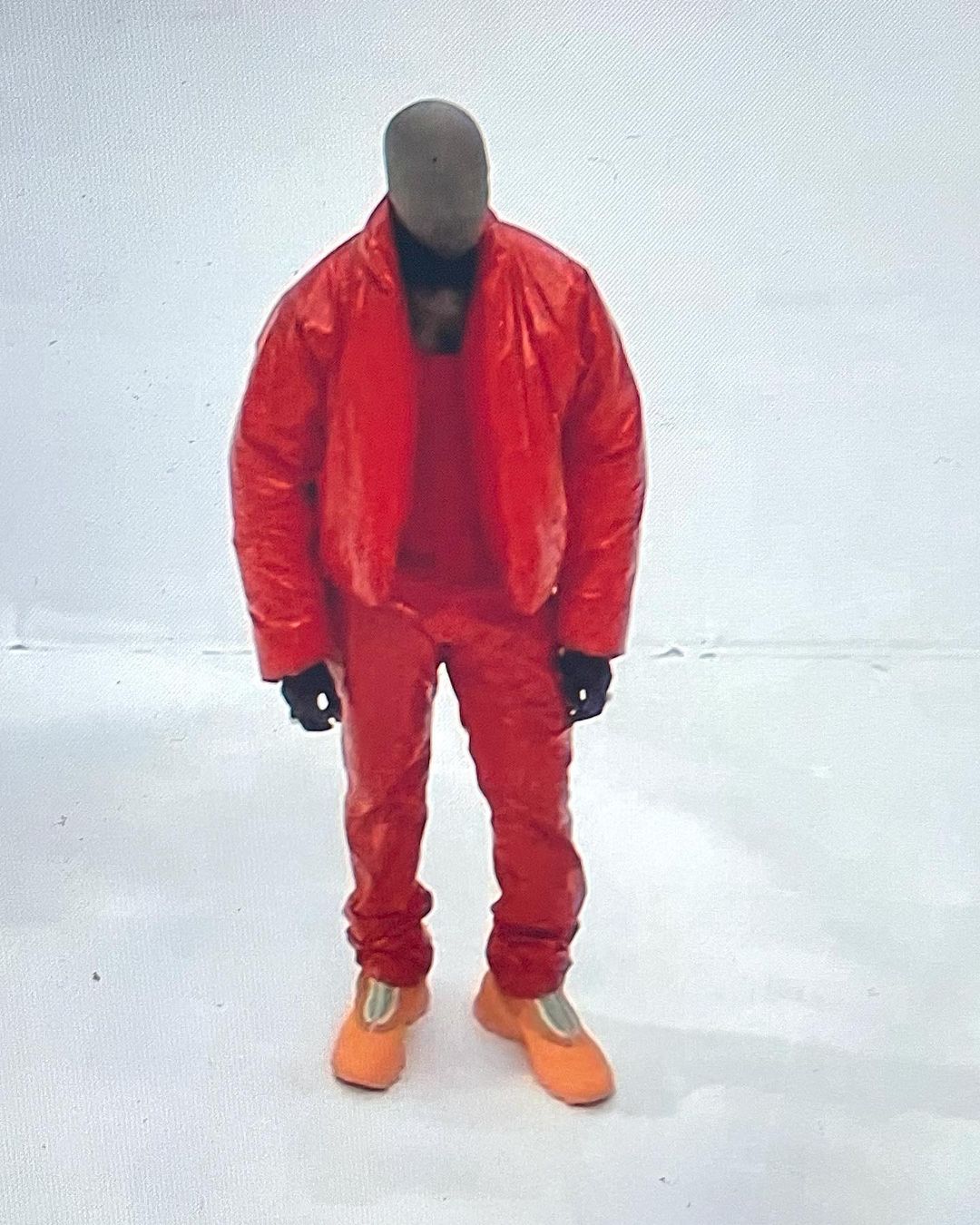 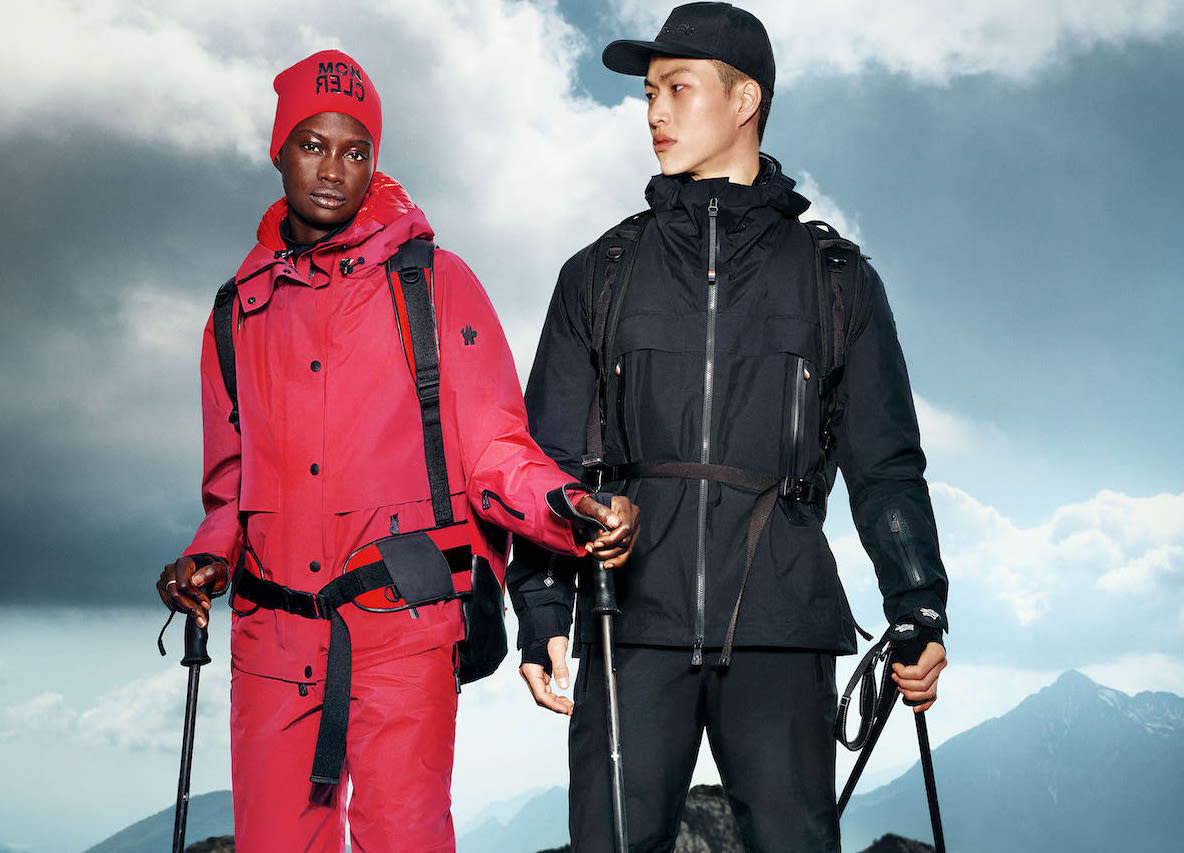