Promoting the release of the album on Instagram, the artist posted three pictures in which he is rocking his own designs with his label MSFTSrep and in collaboration with New Balance.

Sporting a Pink and yellow sweater vest from his own label with no shirt underneath, he paired this with a pair of white and black swirl patterned trousers. On foot, he rocked a pair of his New Balance Vision Racer sneakers, a model which featured as a pendant on one of many necklaces which draped from his neck.

Check out the outfit Jaden was rocking and let us know what you think of his latest album! 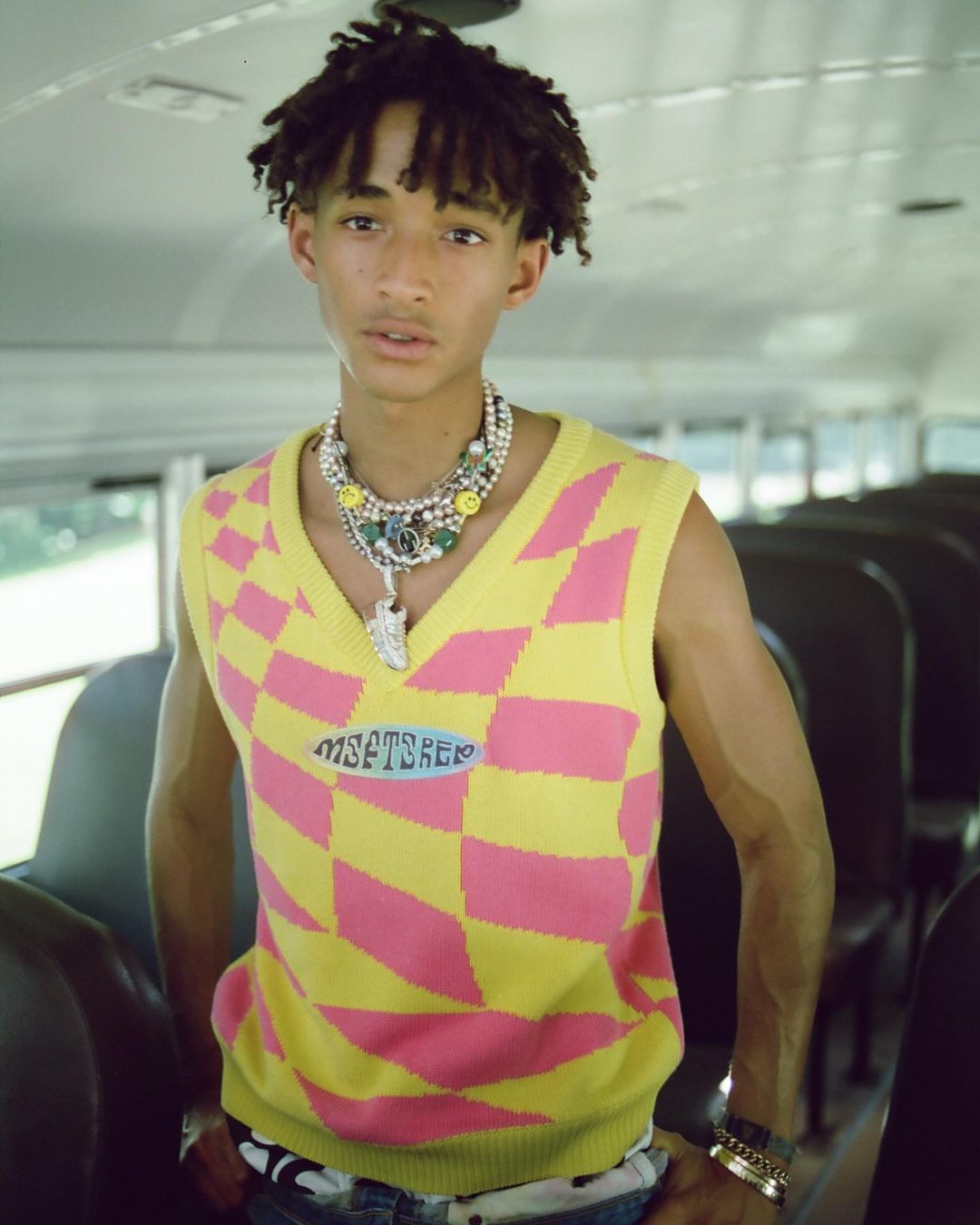 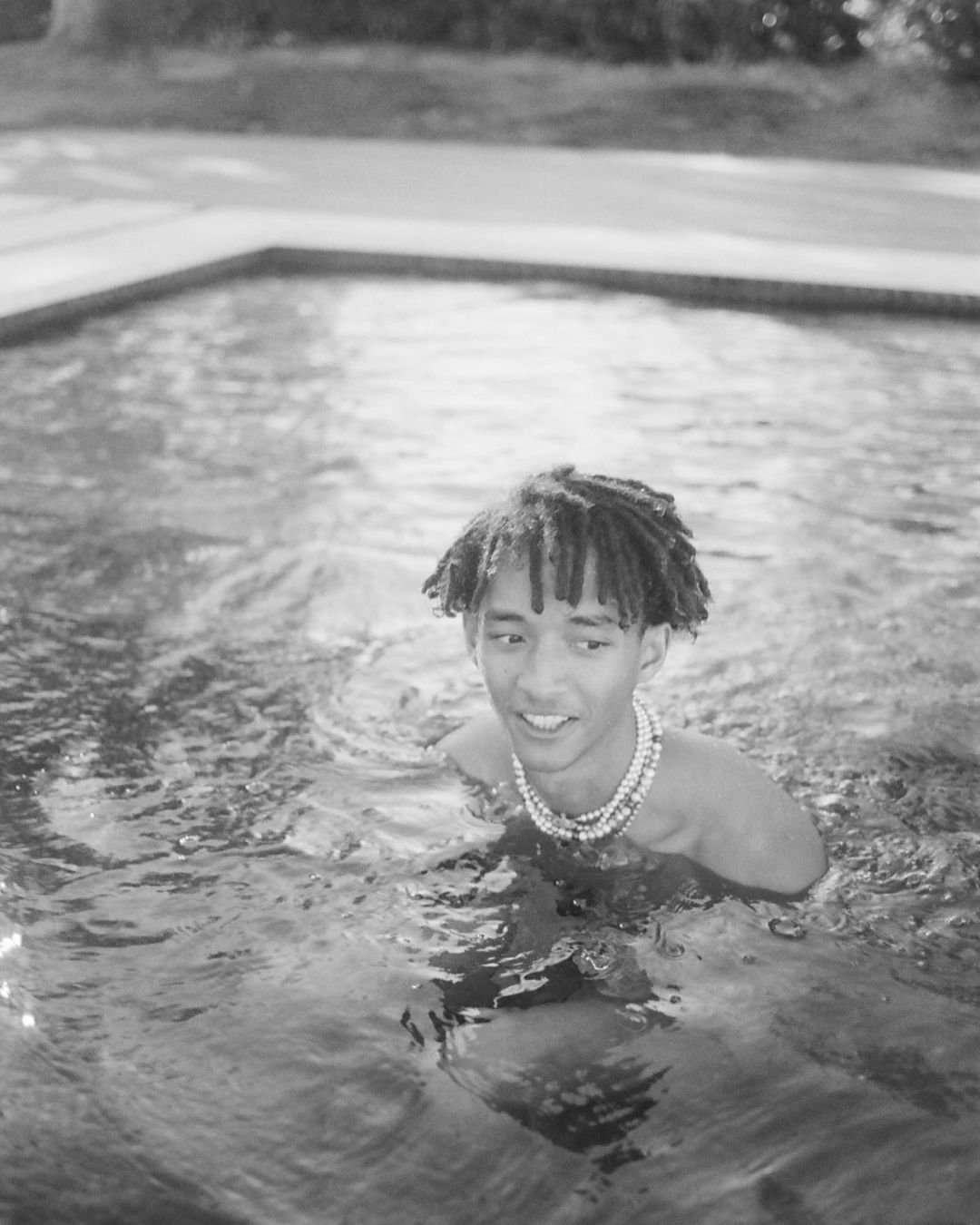 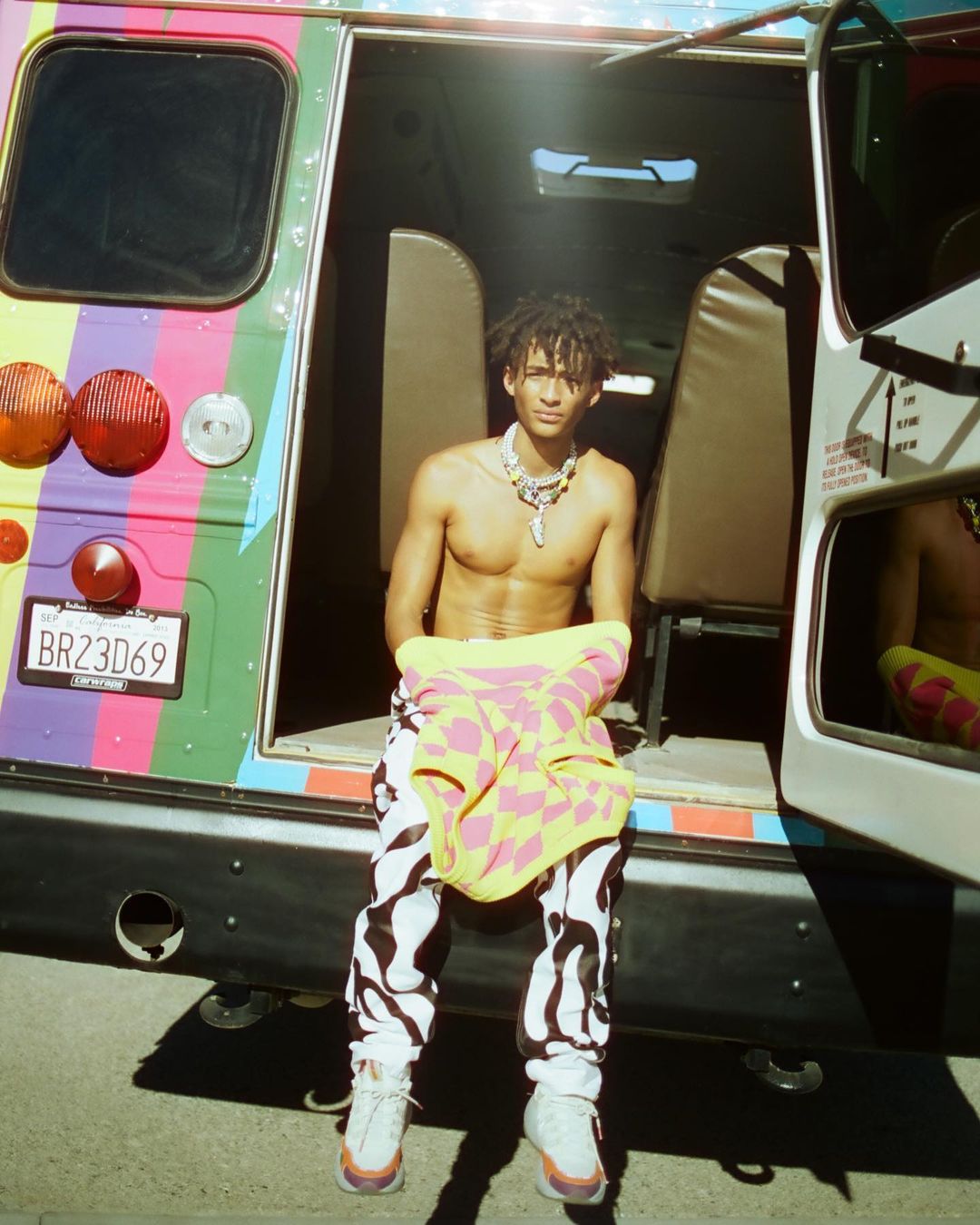