Stüssy and Nike are set to continue their long and fruitful relationship with yet another release, with three iterations of the Nike Air Force 1 Mid set to release alongside a selection of garments.

In a staggered unveiling via their Instagram, Stüssy released campaign imagery that featured an expected look at the Nike Air Force Mid ‘Panda’ colourway, but alongside this were highlighted images of two other alternate colourways. These included a reimagined Air Force 1 Mid version of the previous Stüssy x Nike Air Force 1 Low ‘Fossil’ collaboration, arriving in the same woven material and sandy beige colour. The other pair sees a reversed version of the original ‘Panda’ colourway, with the majority of the upper adorning a black leather, with other features including the customary Stüssy velcro strap, a white midsole, a black sole, Stüssy tongue branding, as well as a snakeskin-style Nike Swoosh on the midfoot.

In addition to footwear, the duo look set to release a selection of garments as well, with some central standouts from the released imagery including an all-black Stüssy x Nike tracksuit, a collaboratively branded white t-shirt with painted graphics, as well as a pair of lime green track pants. Other pieces include a grey tracksuit and a selection of two hats.

The latest Stüssy x Nike collaboration is set to release on May 13th at 10 AM GMT+1 (BST) via the Stüssy website. 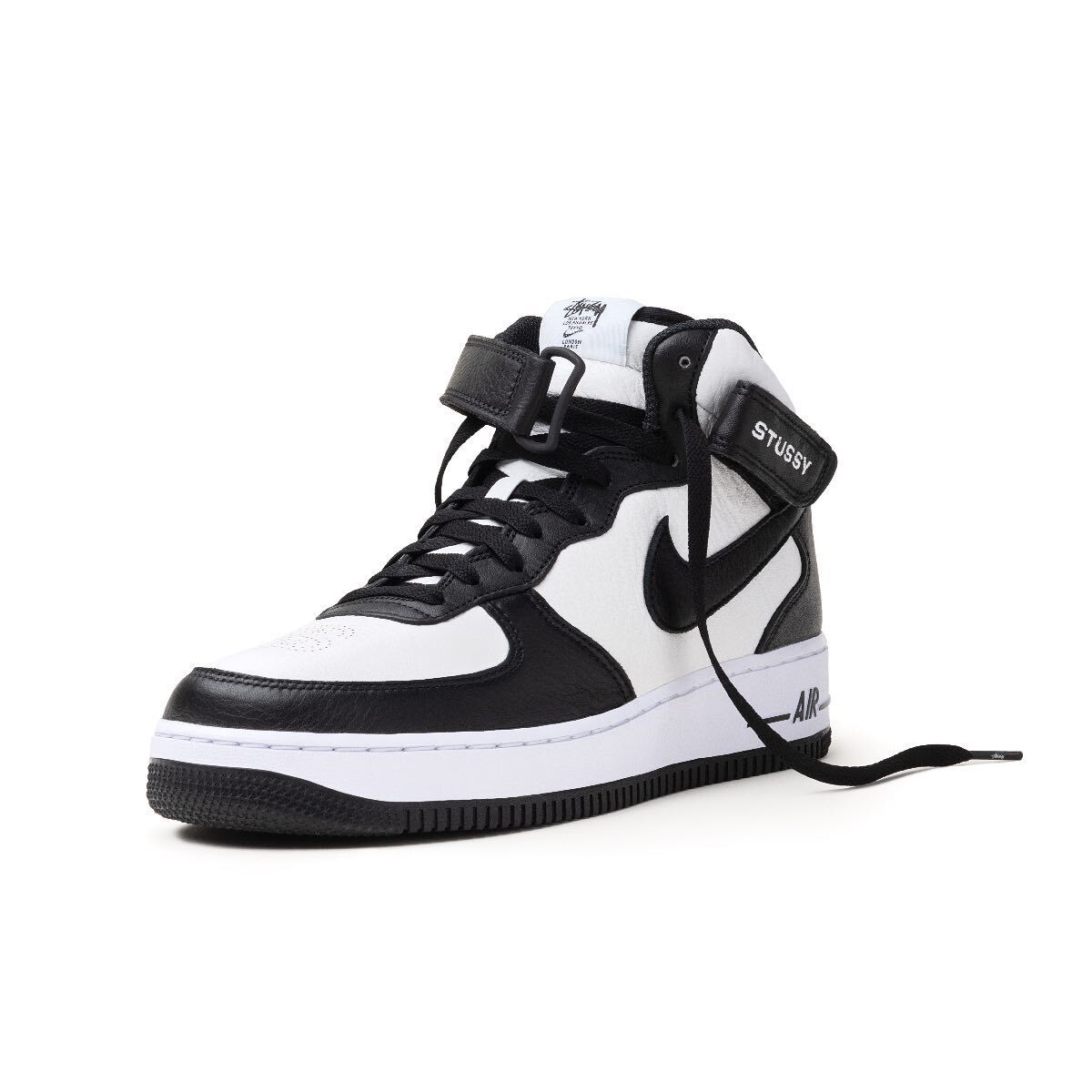 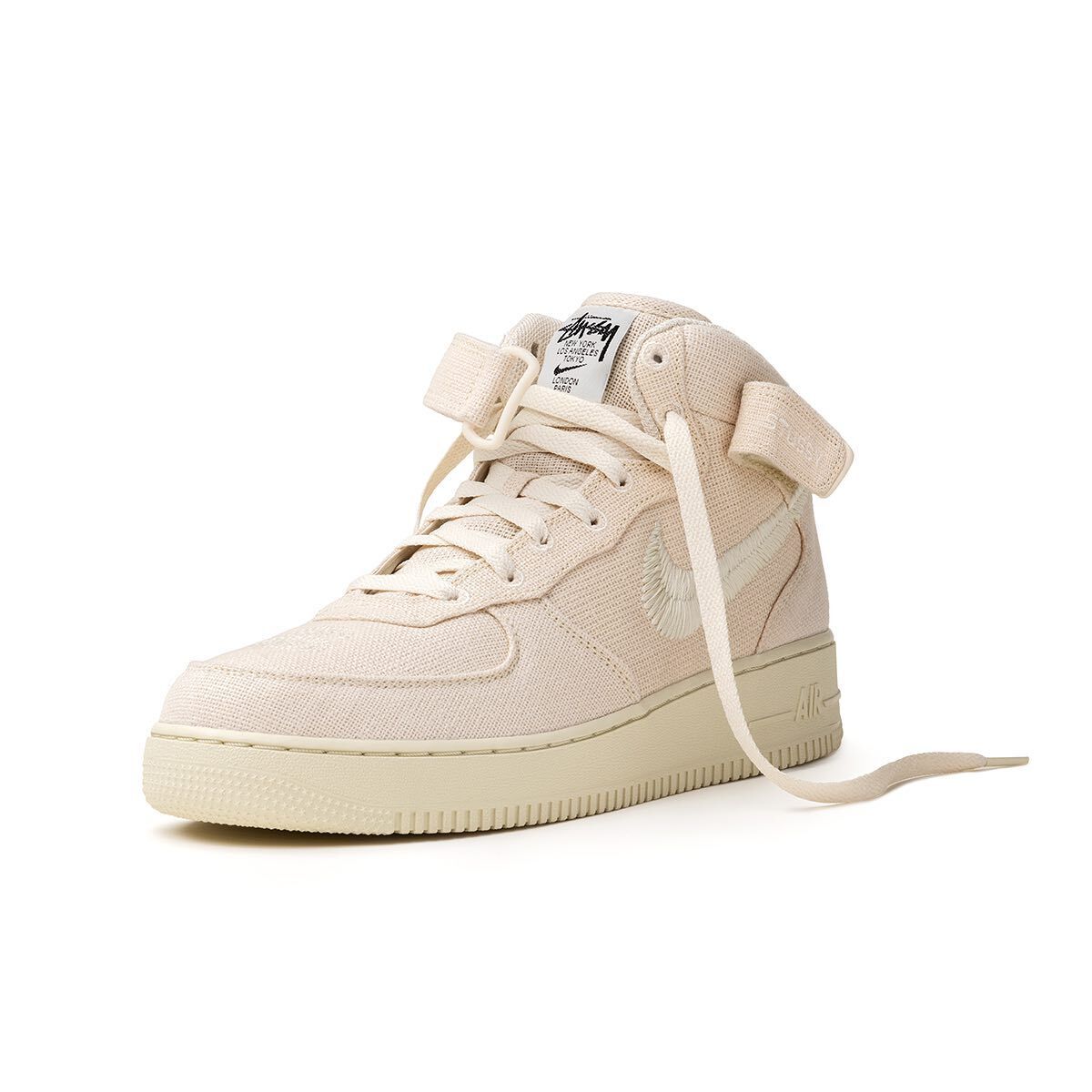 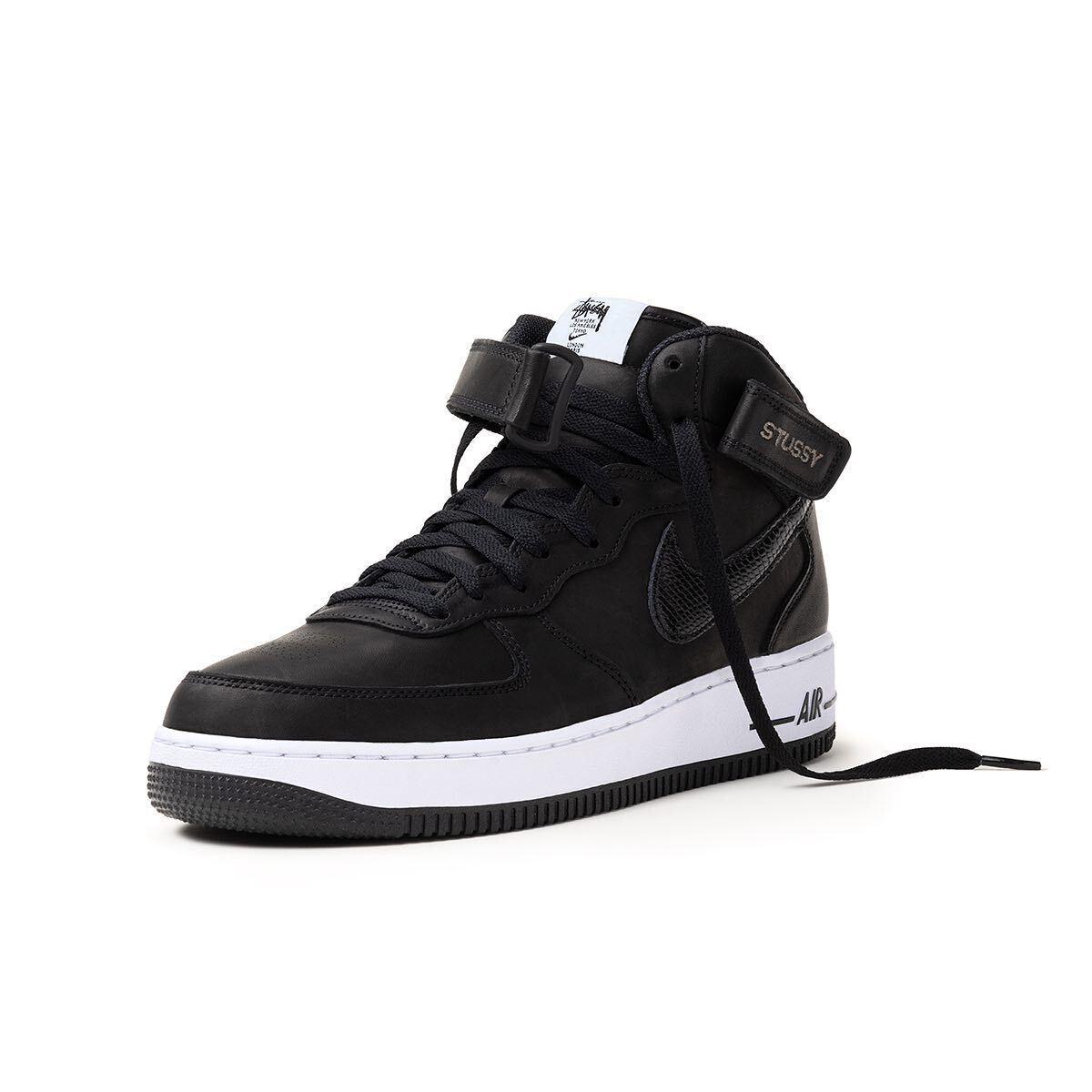 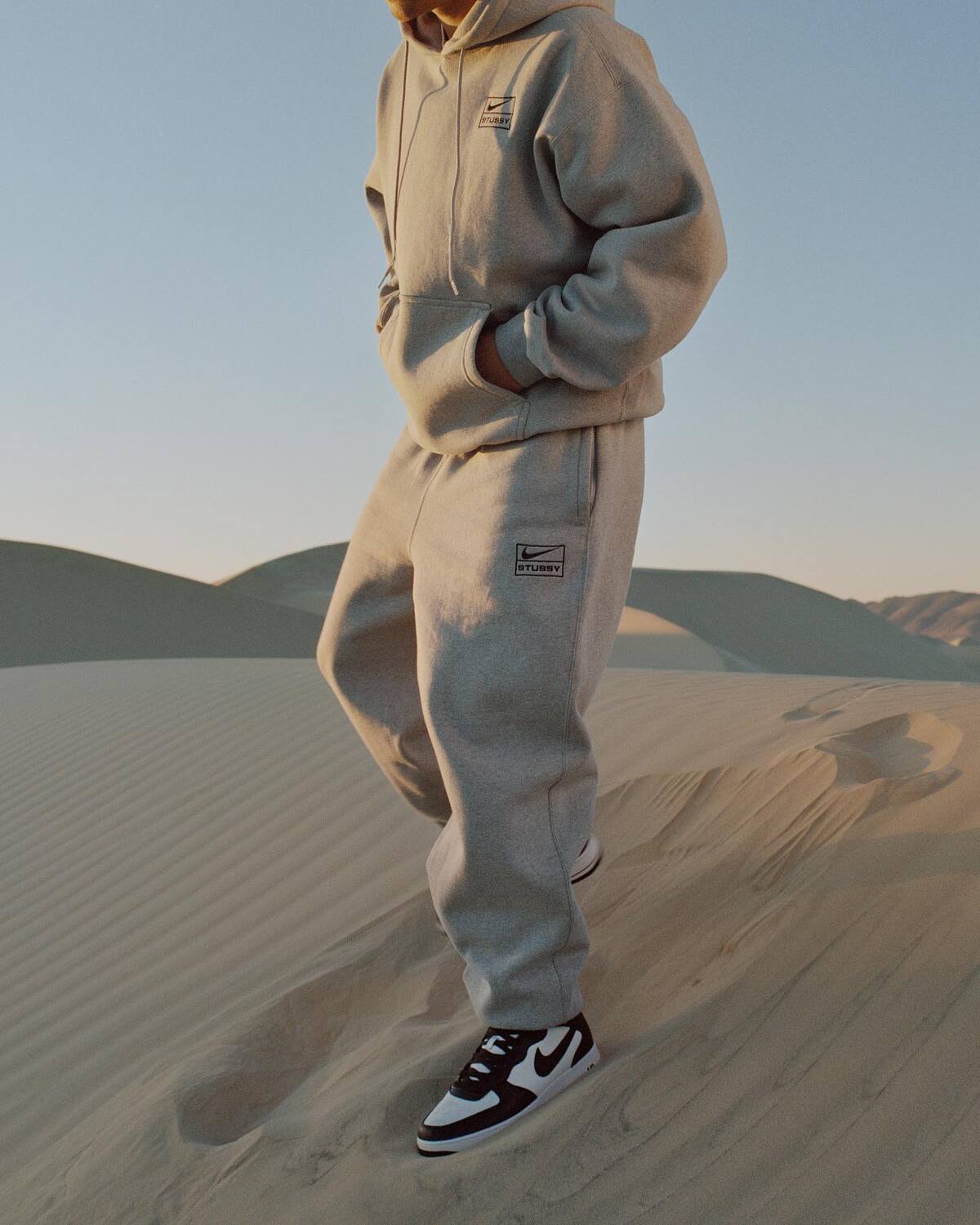 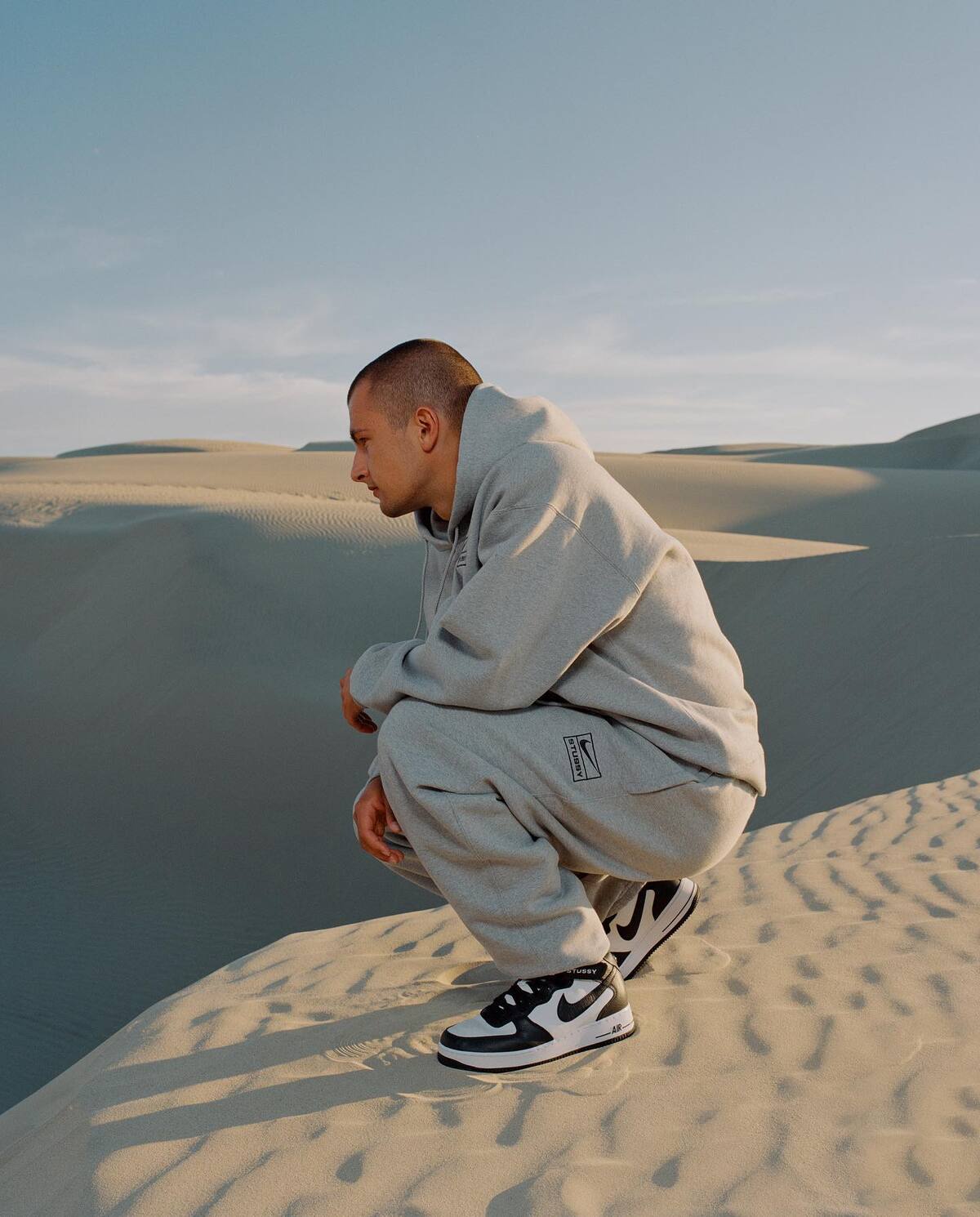 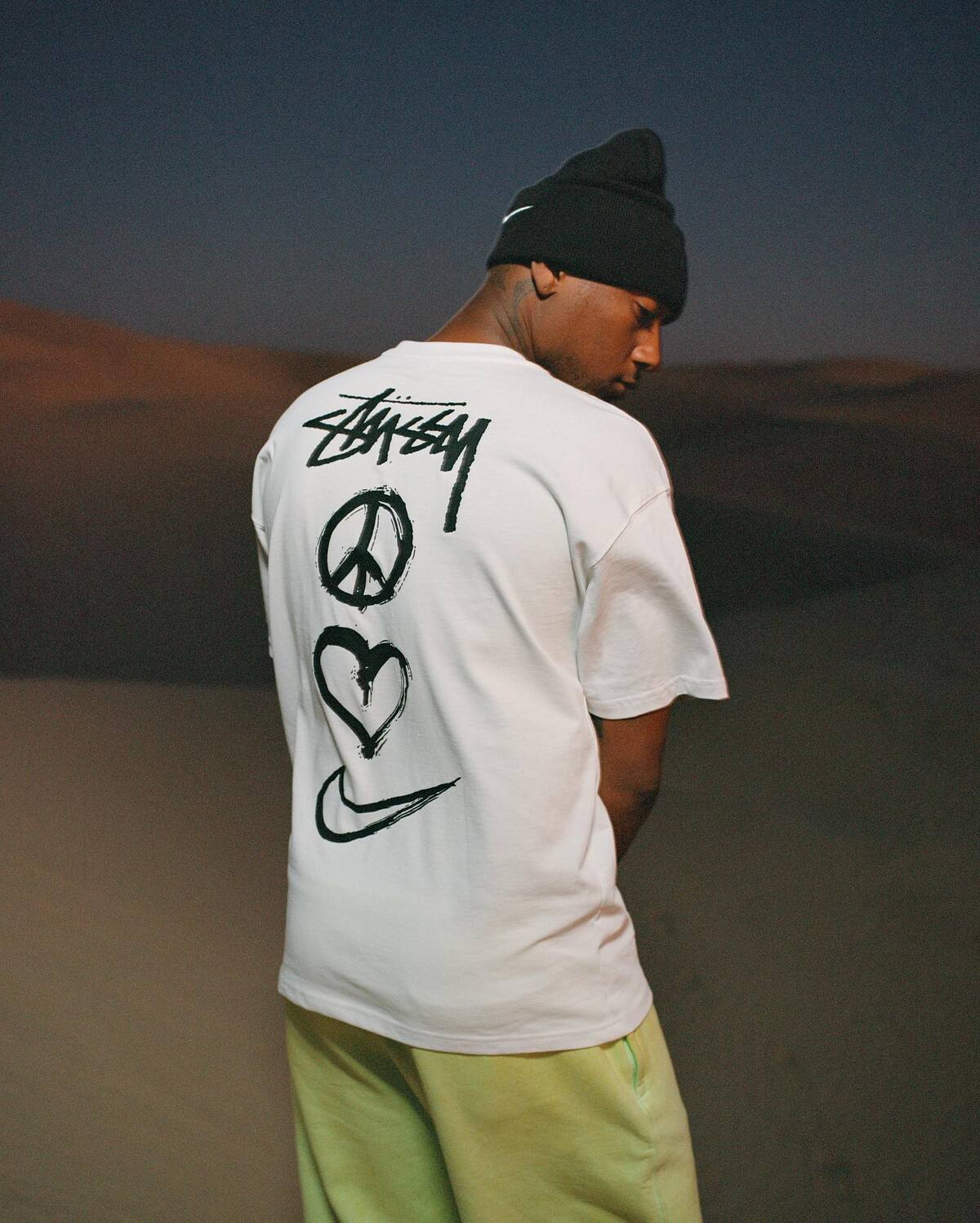 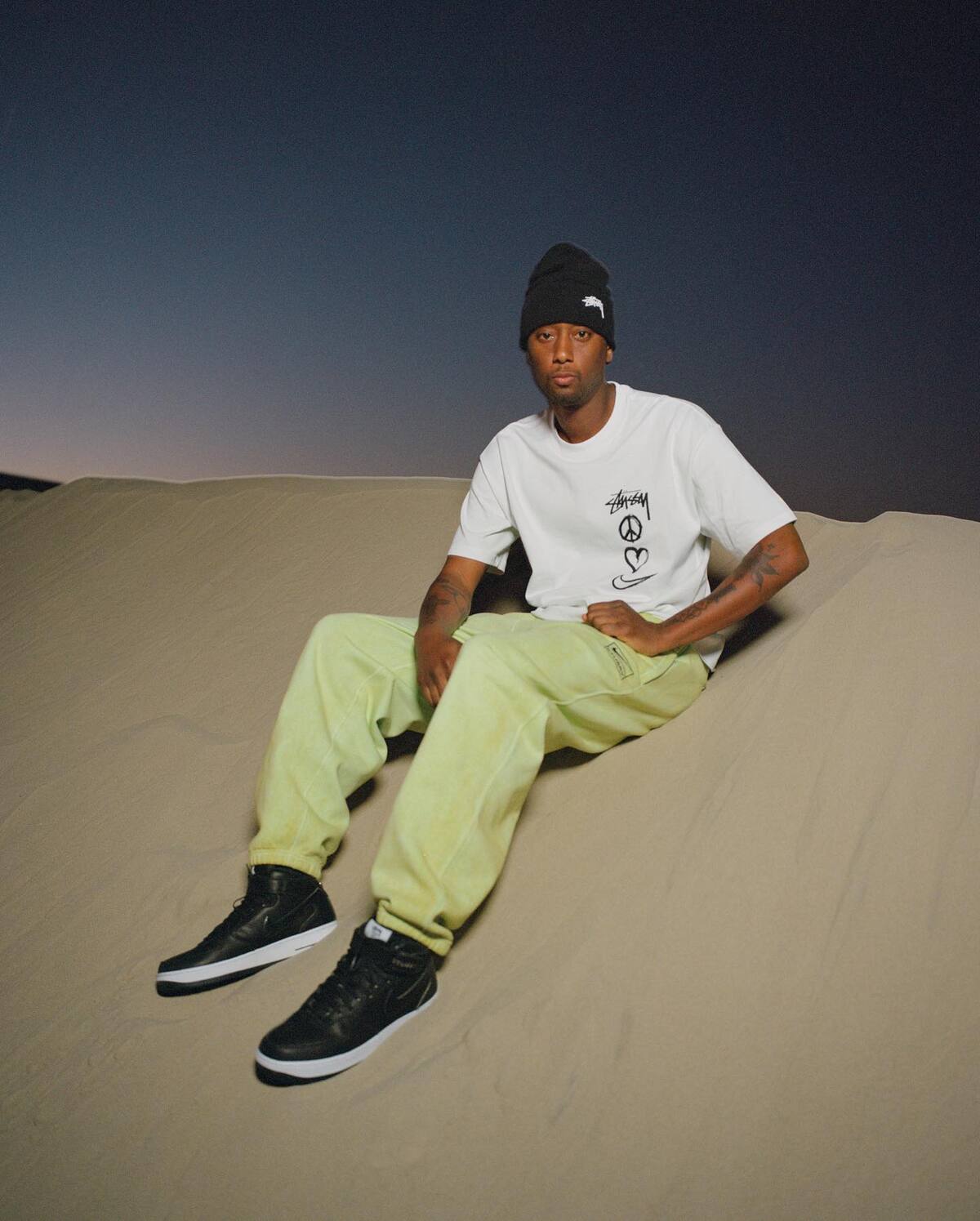 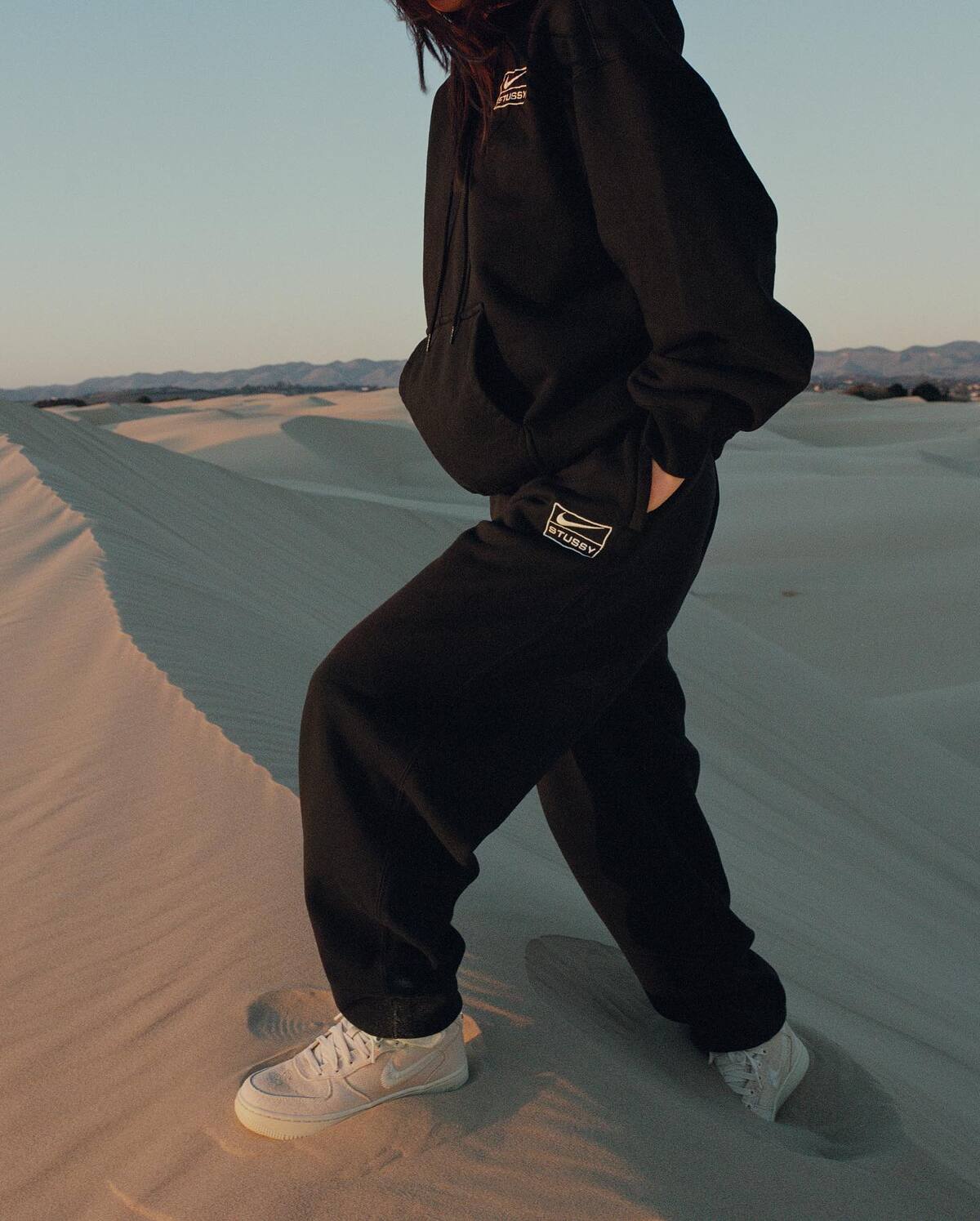 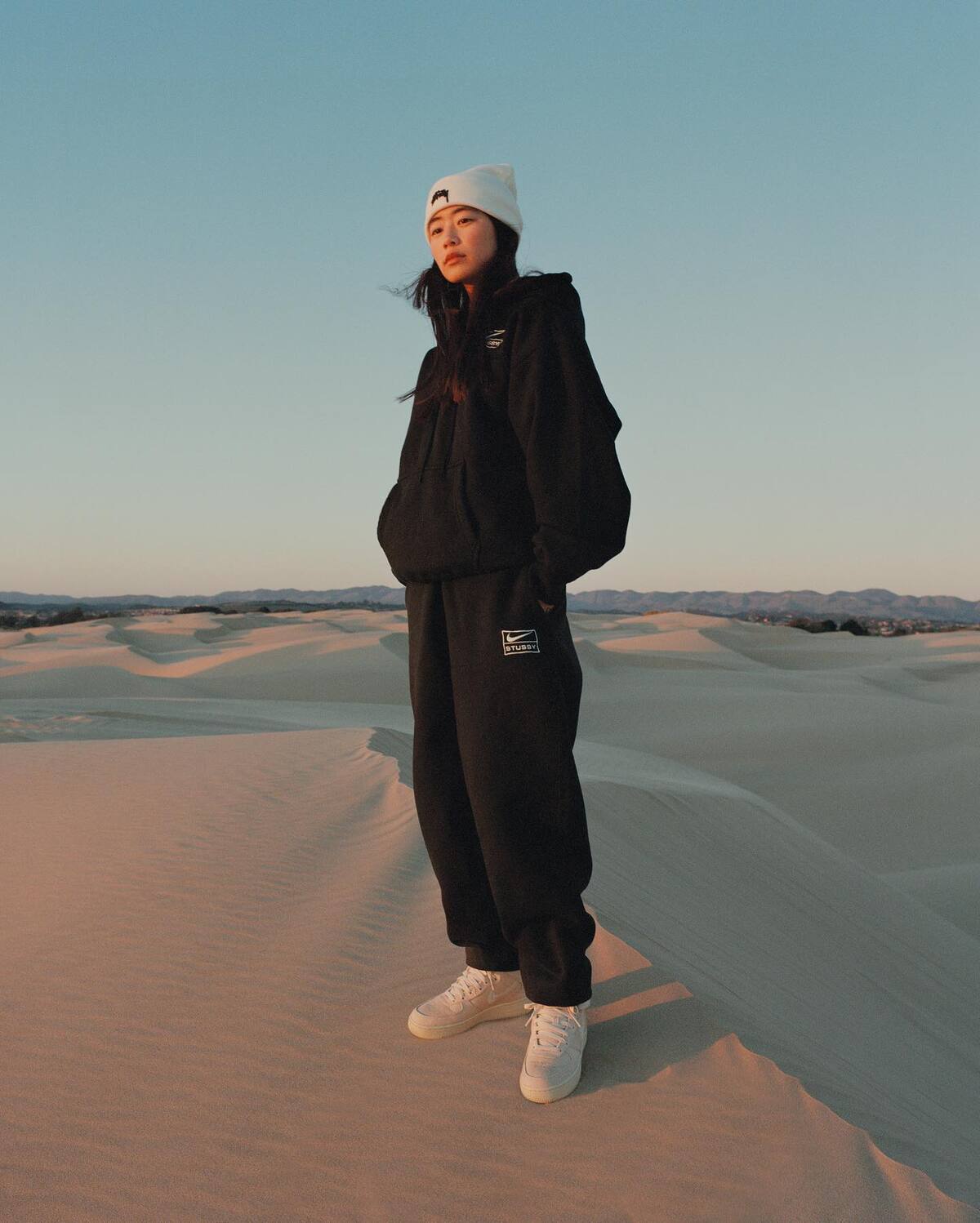 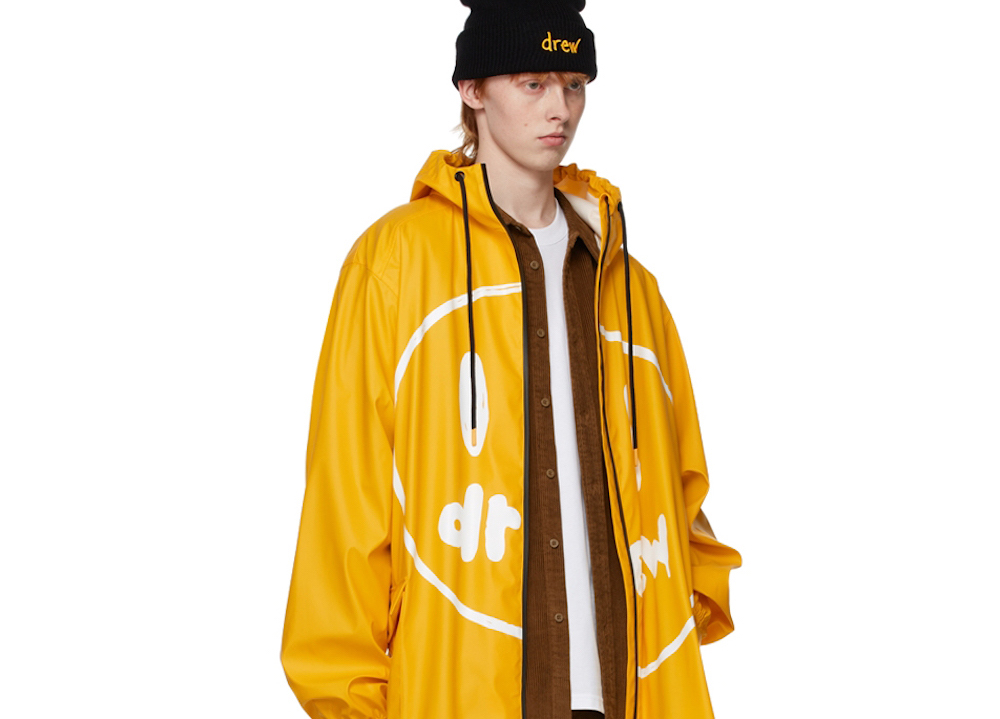