Martine Rose has provided initial campaign imagery for the upcoming collaboration between themselves and Nike, with the long-awaited release of the Nike Shox Mule MR4 finally set to arrive.

Debuting at Marine Rose’s Spring/Summer 2023 show in London, the unique pair of Nike Shox Mule MR4 spit opinion amongst sneakerheads. In this more extensive imagery, Nike and Martine Rose have unveiled two iterations of the hybridised silhouette, with a classic black/red colourway set to drop alongside a more neutral white/silver iteration. According to Martine Rose herself, the pointed pair look to bridge the gap between male and female football and their pre-match attire, with it being typical that men would boast smarter attire, whilst women would don tracksuits. With this release, Rose and Nike look to form a shoe that meets these two aesthetics in the middle and reimagines what pre-match attire means for women in the game. 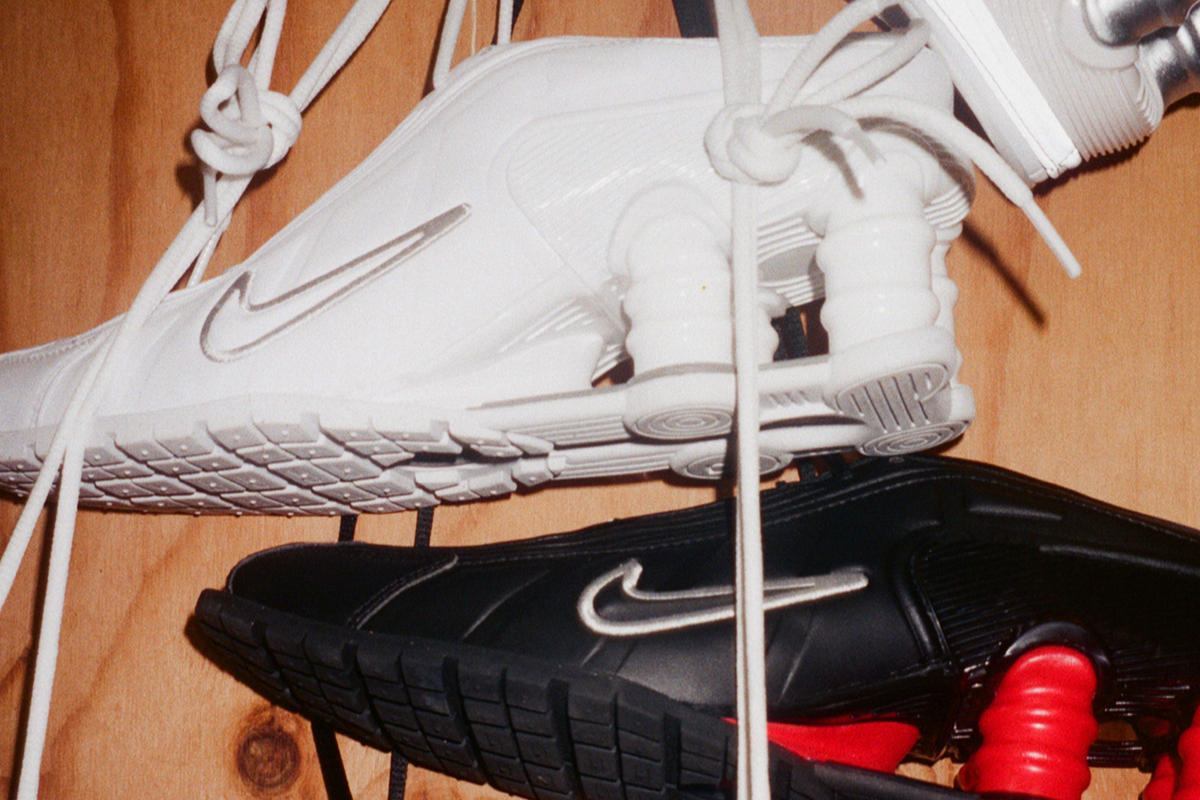 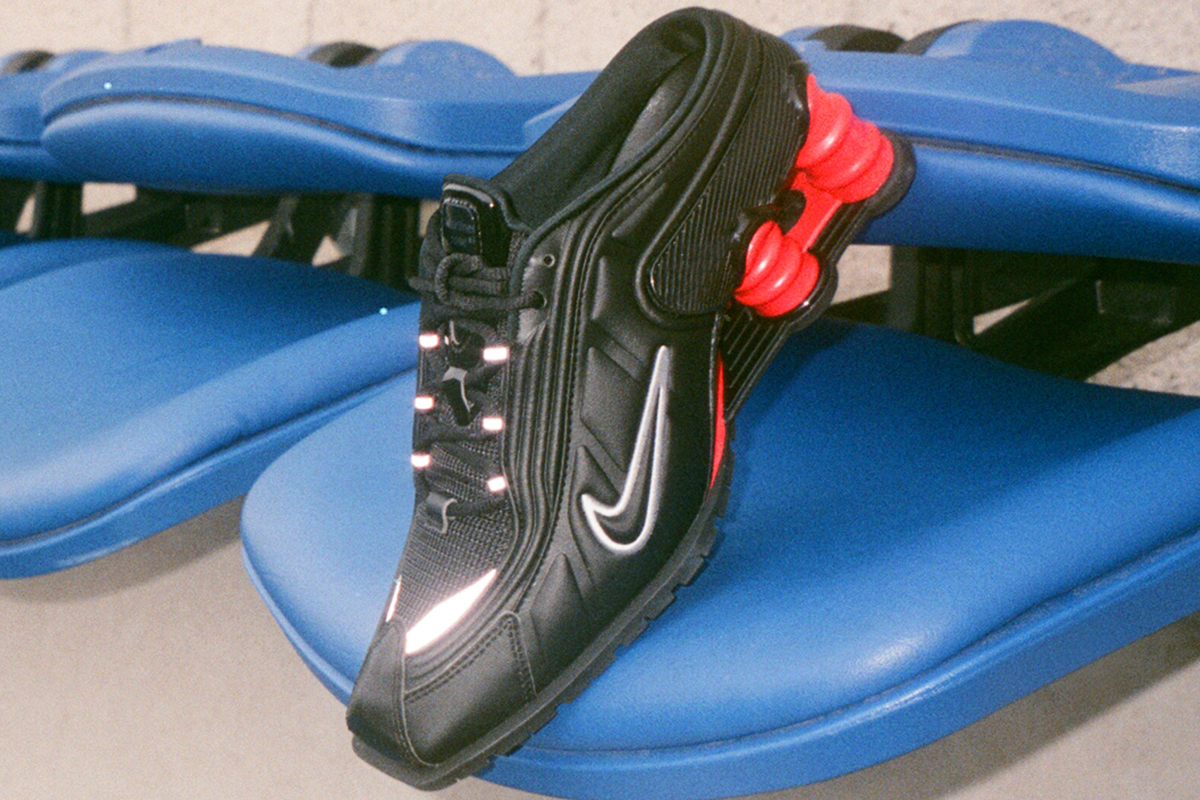 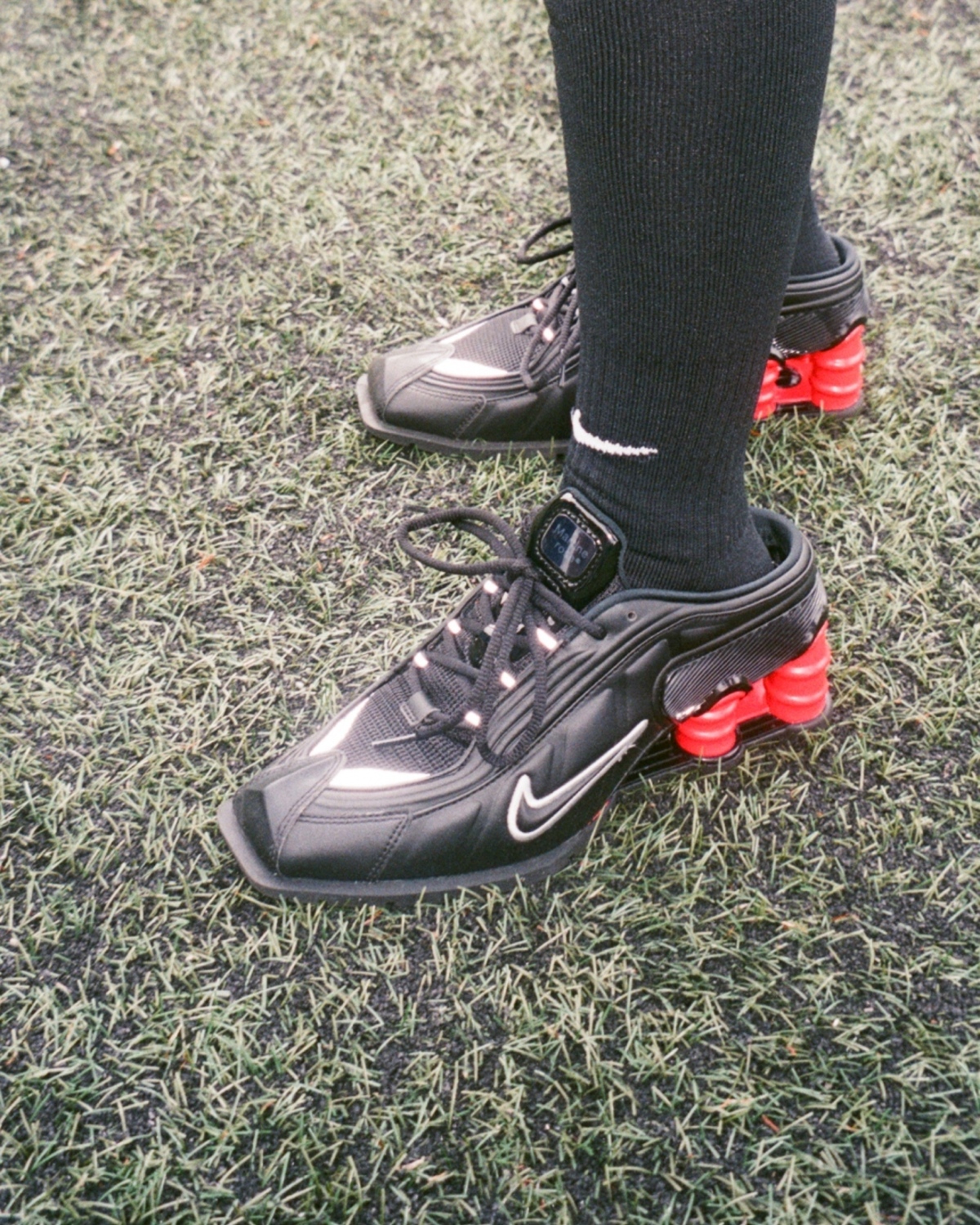 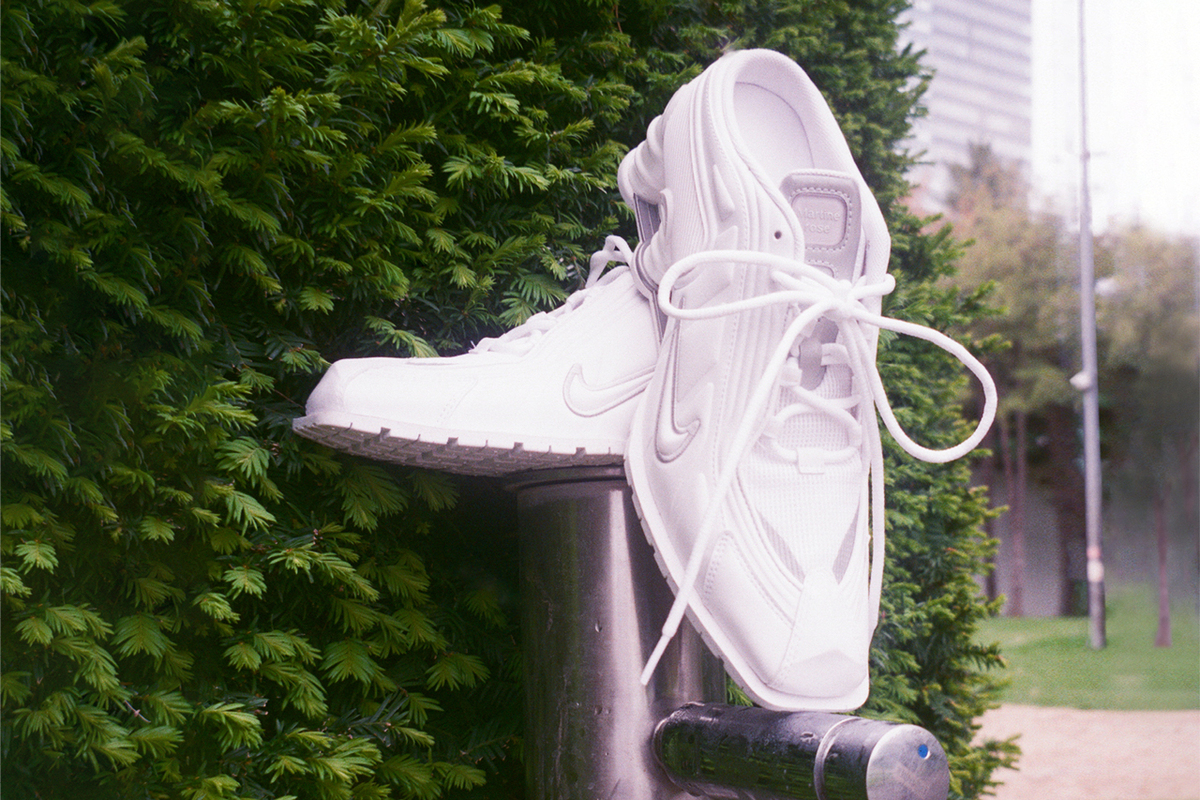 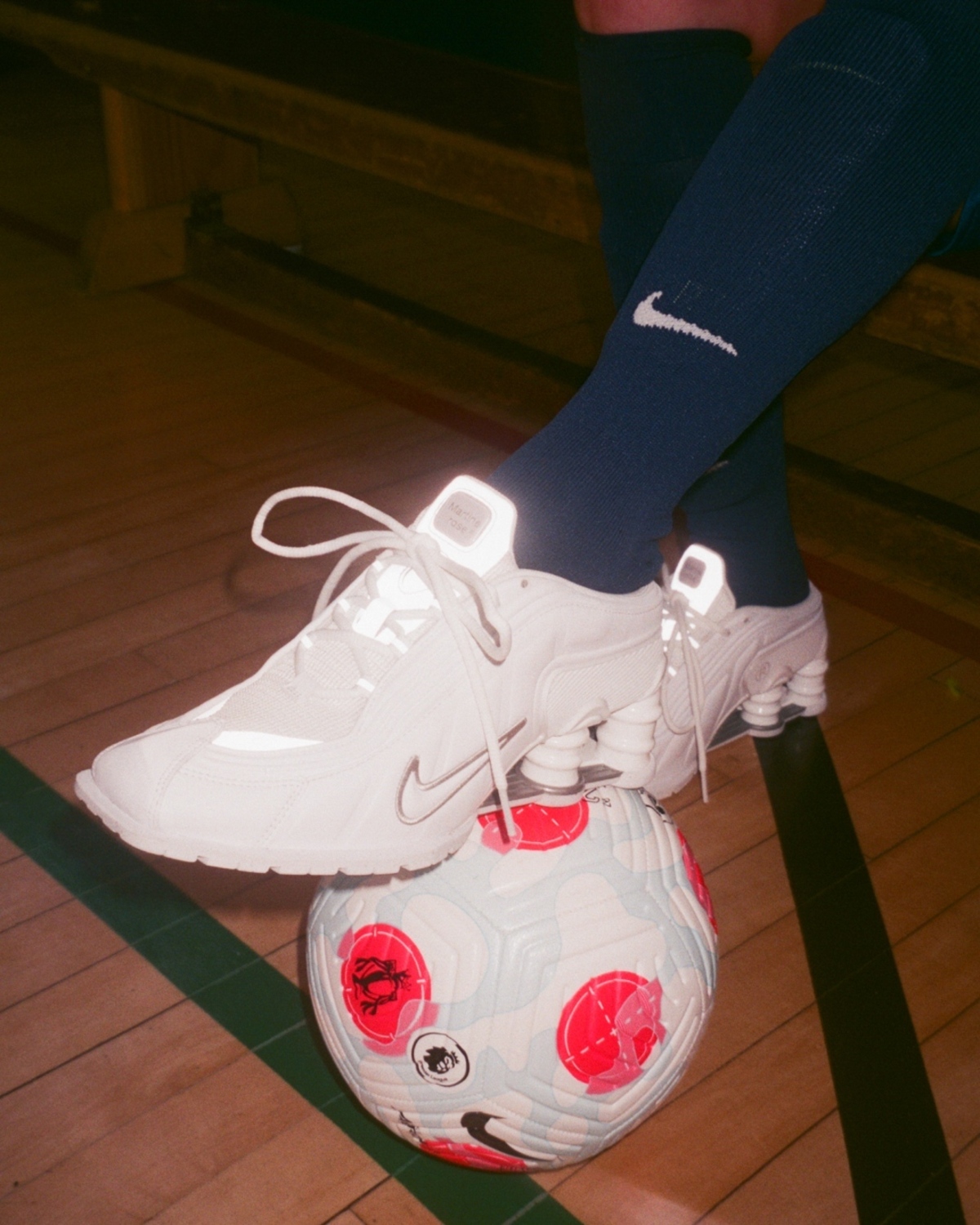 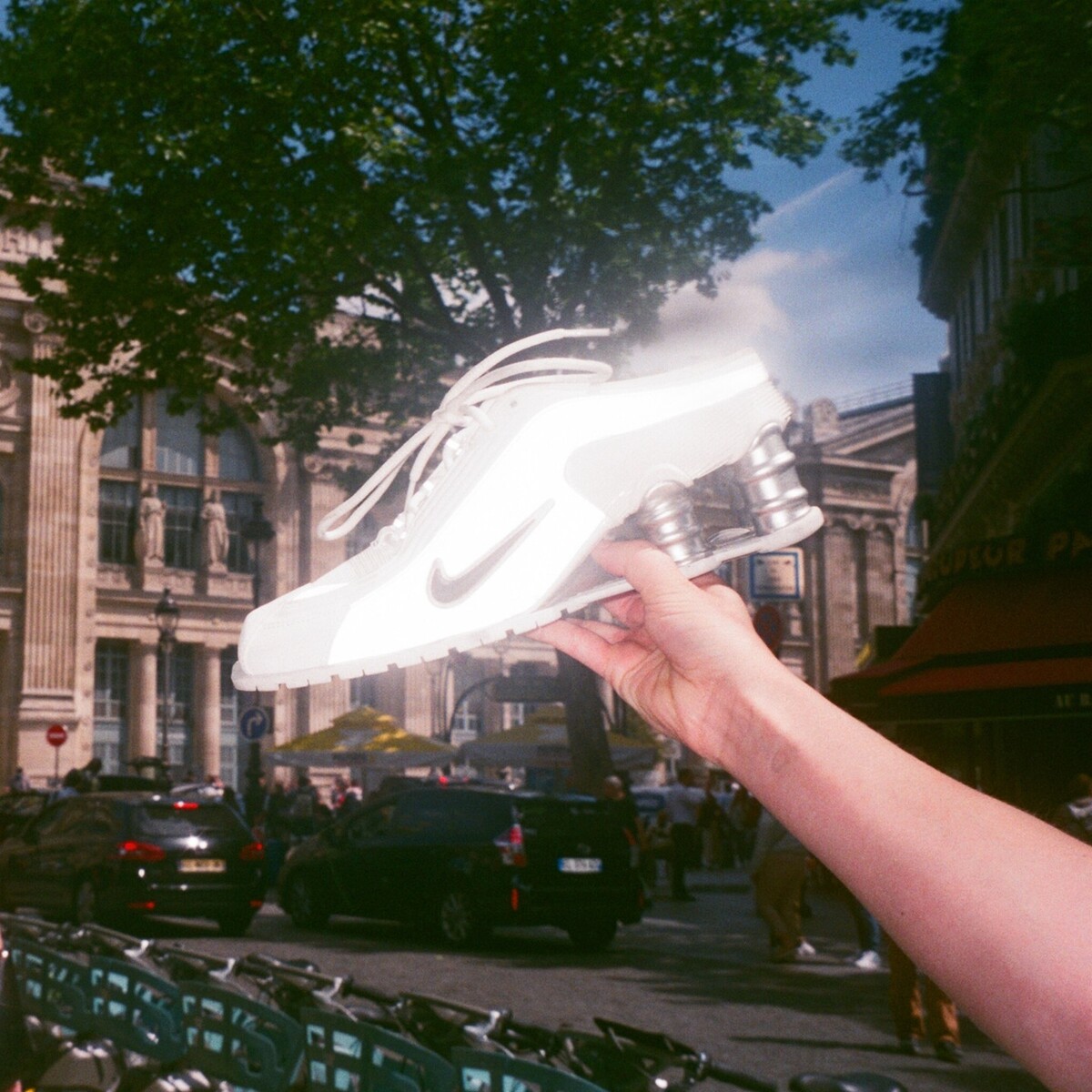 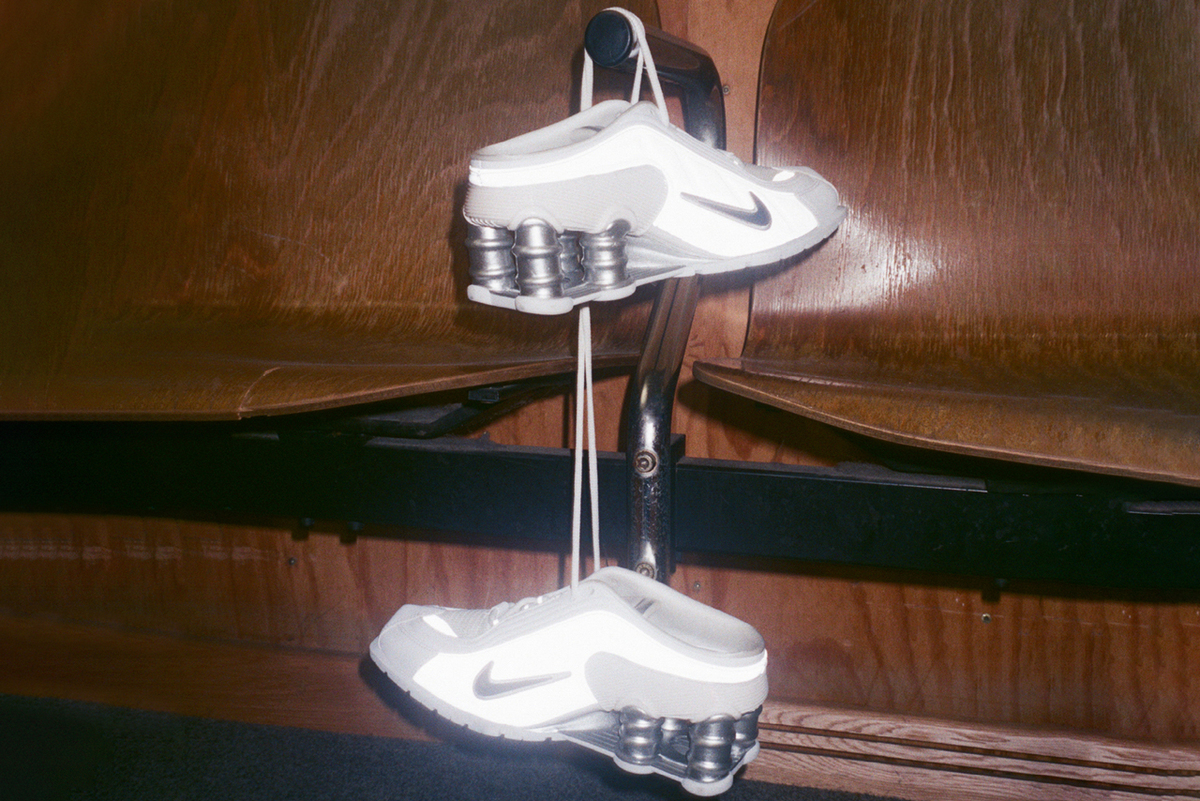 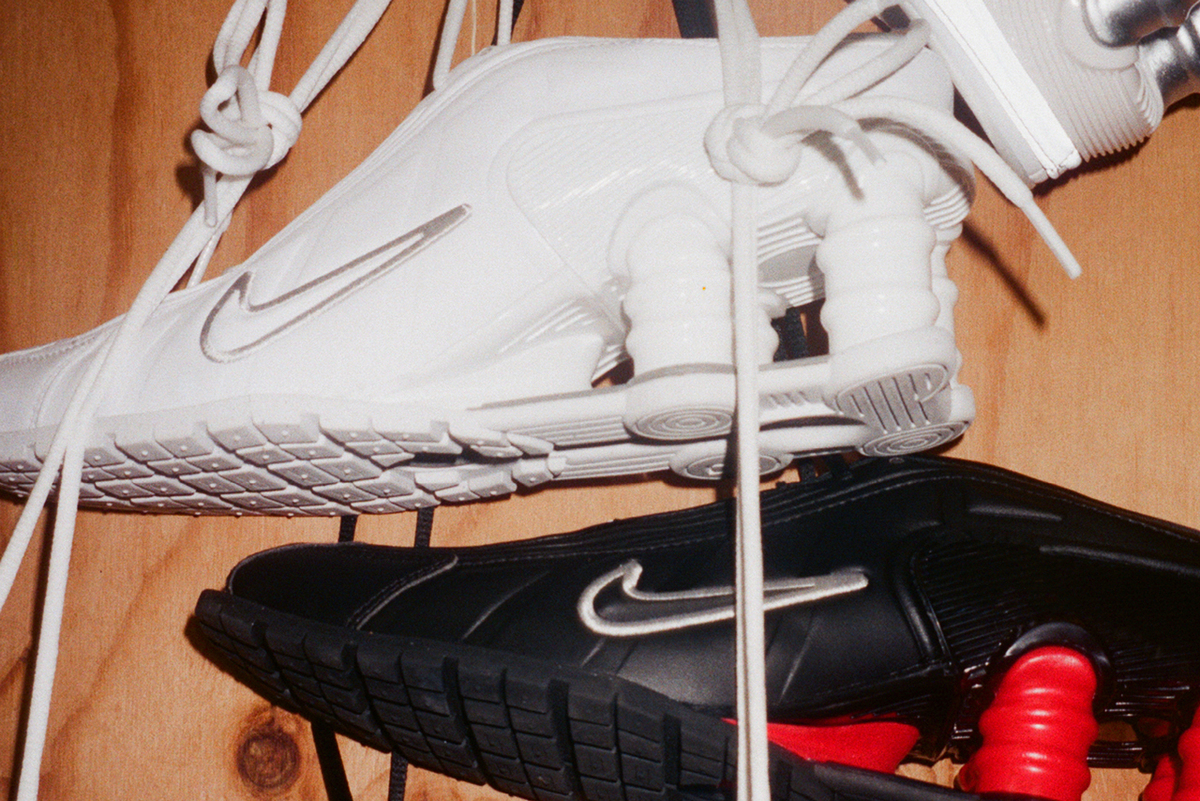 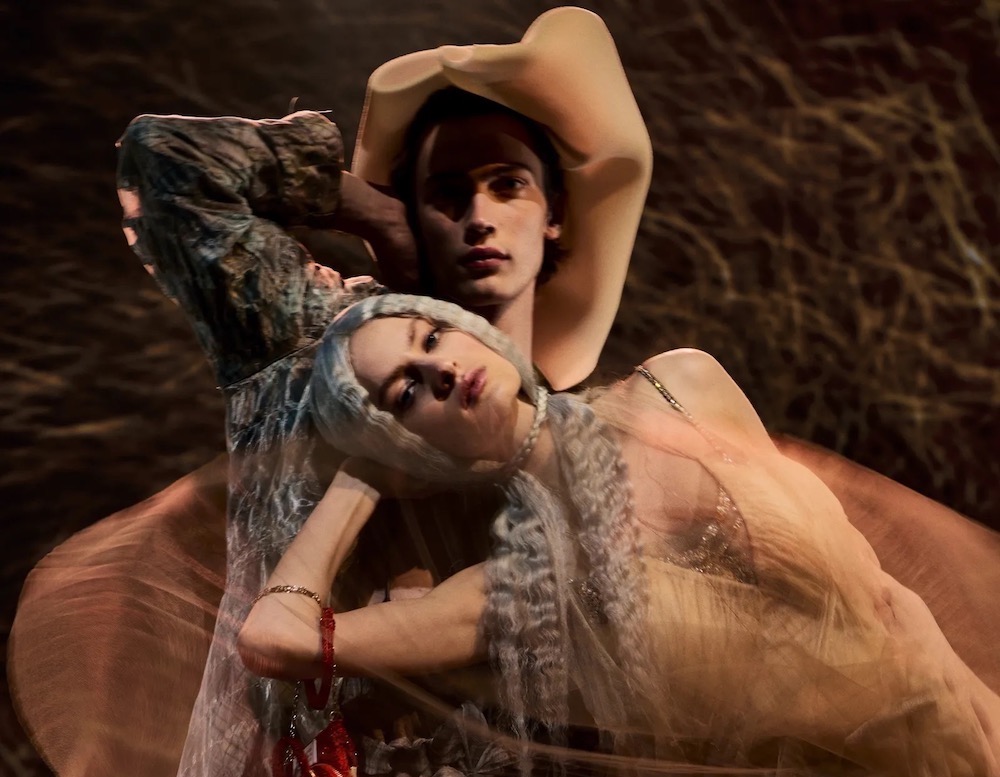