Rising streetwear bran OFF-WHITE has collaborated with luxurious e-retailer SSENSE on a spring/summer 2015 capsule collection entitled “BEFORE and AFTER.” The film focuses on Off-White designer Virgil Albloh new season offerings as filmmaker Pierre Debusschere captures a perfect story highlighting the all-white garments. The film story shows the white garments – the before – being showered with a rainbow of colorful packets – the after. Featuring a range of tie-dye infused into t-shirts, shorts hoOdies and accessories. The collection will be available at SSENSE.

“The clothing was created at a 50% capacity, and only after we did the film would the 100% identity of the clothing be finished.”

Let’s start from square one. Tell me about the genesis of this collection.

Virgil Abloh: The beginning, for me, started as a place to do something new. Working with SSENSE all started with an email. It was just like, what about creating a special capsule collection? I could have approached it as a more robotic thing. But I thought it was a unique opportunity to put me and Pierre Debusschere together under the SSENSE umbrella. I’m such a fan of Pierre’s work. I had been admiring of his aesthetic for a long time. So I wanted to put that on display instead of simply doing clothes and making a video about it.

I wanted it to be intertwined, so that it’s a collaboration between him and I as much as it is specially for SSENSE. The clothing was created at a 50% capacity, and only after we did the film would the 100% identity of the clothing be finished. And that’s the concept not only of the film, but of the clothes. I work on the silhouettes, fabrics, and details, and then, through the process of making the film, the color gets applied. There’s multiple layers of inspiration behind that, but the surface one being that through the process, you get this effect of color. And when you watch the film it completes the reason of why. 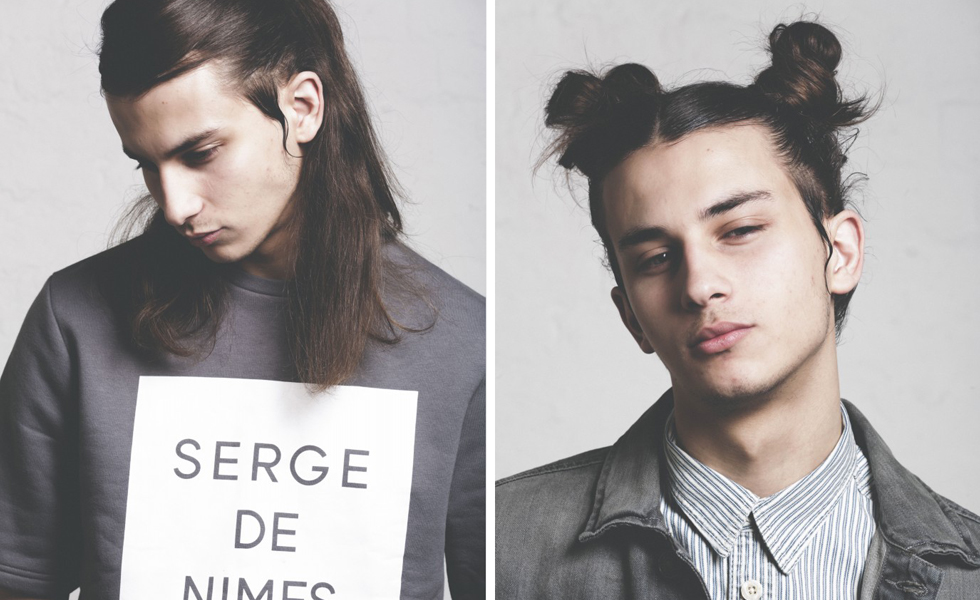