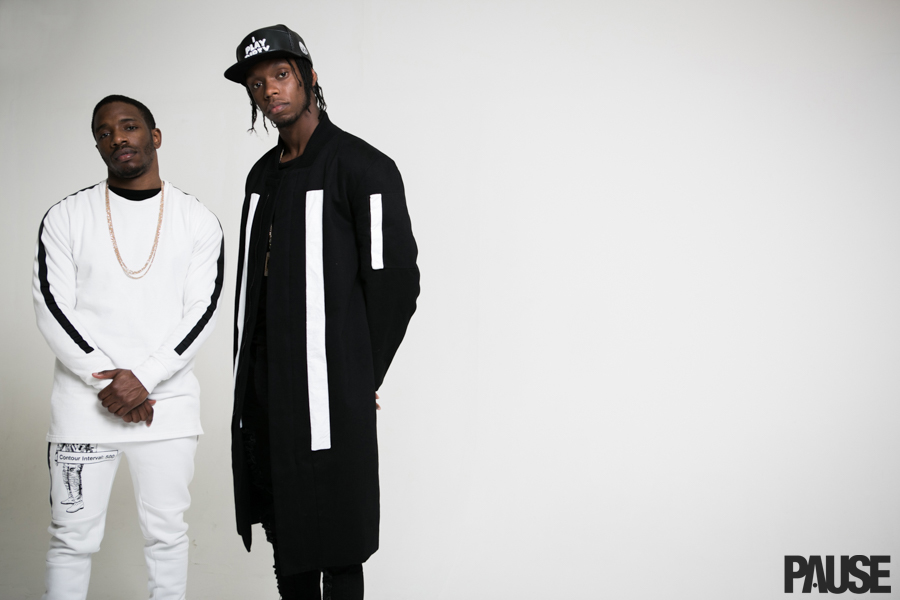 Konan (Left) – Jumper: Adyn, Joggers: Non Conformist, Krept (Right) Coat: Adyn, T-Shirt: Zara, Jeans: Other, Hat: Play Dirty (Krept’s Own)
Music has been apart of their upbringing, starting when they were both eight and thirteen, Krept and Konan were always aiming for big things in music, even if they had to take the long way up. Now riding on the second wave of grime and releasing their new album ‘The Long Way Home’, Krept and Konan sat down with PAUSE to talk both music, style and their future plans outside music.

Back in the days around early 2007, the UK was all about grime in the rap scene; the music scene changed when house and funk music became the selling thing, but now grime has made its revival. What is the difference between grime music then and now?

Krept: I feel like everyone was doing it, there wasn’t a real UK rap scene, no funky house scene. There was probably people making that music but I mean like as a scene, our kind of culture. The only thing we knew was grime, garage or So Solid. That’s all everyone use to listen to.

Konan: Yeah man, everyone was younger then so it was fresher, so it was more exciting, everyone was in the whole Eskimo Dance movement. There was also less things to get access to people. So like instagram and twiter they obviously weren’t about then, so If you wanted to hear something, you needed to go see someone and the show and the rave. But now you can go on YouTube and snapchat.

So do you feel like social media has changed live music?

Krept: You can watch a show online now. You can go on YouTube and type it in and it’ll come up with the video of the whole show. Obviously there’s nothing like going to a show and seeing it for real, which I think is the advantage. Nobody really buys CDs anymore, it’s all about downloads, so the only thing people have to look forward to is the shows. 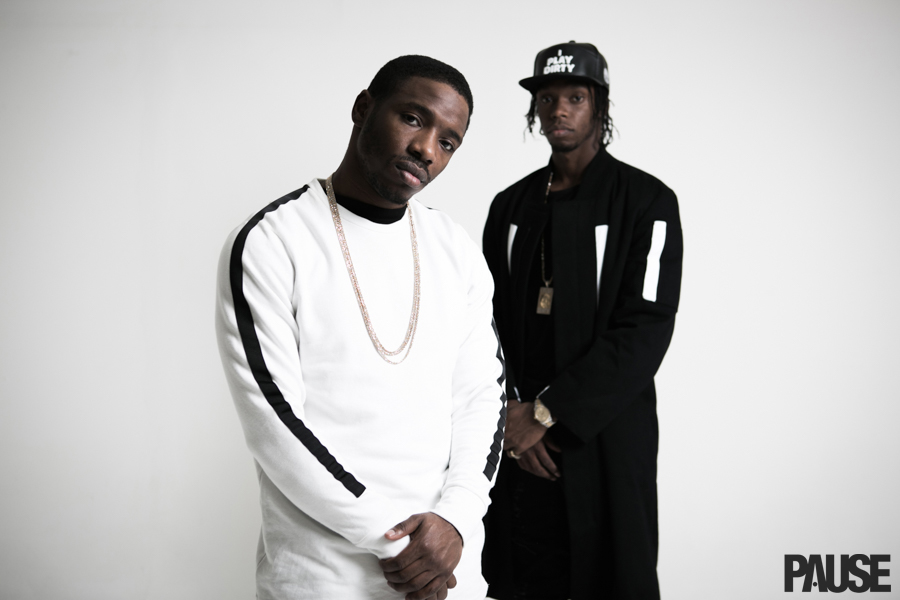 Konan (Left) – Jumper: Adyn, Joggers: Non Conformist, Krept (Right) Coat: Adyn, T-Shirt: Zara, Jeans: Other, Hat: Play Dirty (Krept’s Own)
Tell us about your early upbringing; what area in London did you guy’s represent and what motivated you individually to achieve all you’ve done until today?

Konan: We’ve come from South London, that’s where we come from. That was our stomping ground.  Champion and So Solid both come from the south as well.

Krept: We just wanted more than what we were use to, growing up we wasn’t fortunate to have everything. Now, I want to be at that stage where we wanna live the way we wanna live, do what we wanna do. I’ve seen my mum work in a job she doesn’t wanna do. I love music, so I wanna do what I wanna do.

Where and when did the name Krept & Konan come from and how did you both figure out a ‘K’ on both of your names?

Konan: There were a lot of us before making music. Then it just ended up as the two of us, me and Krept. I got my name because I was like Konan the Barbarian, being wild when I was younger, being a south Londoner.

Krept: Then I got my name from liking trainers a lot back when I was young and ‘crepes’. I had a lot more trainers that average. People in the playground kept saying ‘Krept’ and I was like, let’s just stick with that and ran with it. The Krept & Konan thing wasn’t intentional. It just ended up like that for our first mixtape. 2008 was the first mixtape together. We were doing music since we were fourteen. It fell into place that’d it’d just be the two of us. 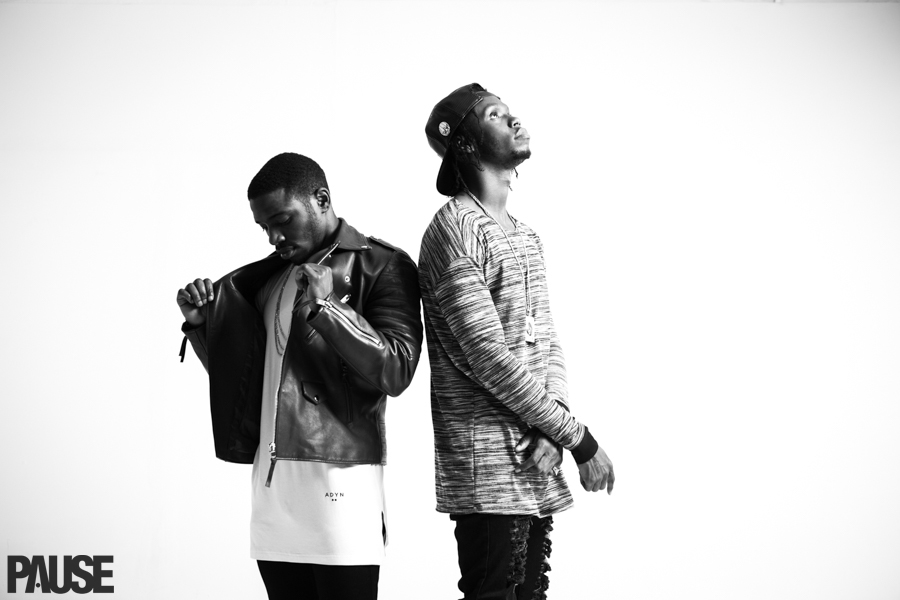 Your album dropped on the 6th of July, why did you call it “The Long Way Home”?

Konan: Basically, the name comes from driving from the studio one time. I was at a dual carriageway and I was just thinking of names that I call an album that you’d listen to in the car and I took the long way home to get to my house and that’s how I came up with name. We wanted to make music where you’d want to listen to the whole album even if you had to take the long way home.

Which song from the album has the strongest message and why?

Konan: Every song has its special meaning to us. There’s a song called ‘Fell Apart’ which is about us making the mixtape and making the album and it touched on what we were going through at the time. The interlude of that is me and mum singing when I was three. It’s like two songs in one.

Krept, we’re guessing your name was inspired by sneakers, give us some of your favourite old school sneakers that influenced the grime music scene.

Krept & Konan: Huaraches, TNs, Air Max 95s, Reebok Classics, the Dunks from Brixton Footlocker. Stan Smiths. They are the classics that I can think of.

Individually, what designer sneakers are you feeling right now?

Krept: We can just see a sneaker on the shelf that we’ve never heard of and it looks sick. If it looks sick I’ll wear it. I don’t really care who it is. I’m over that stage of ‘what it looks like’. I’d rather go buy a sick pair of trainers that I’d see in Zara then somewhere in Prada, if it looks sick.

Why is it essential for music artists to launch their own clothing label, what inspired you guys to launch ‘Play Dirty’ and how did the name come about?

Konan: I was watching a documentary one time on music and fashion and how it coincides and stuff, and there was a part where Diddy goes ‘music makes millions, clothes make hundreds of millions’. We need to get into that because he is talking sense. It was just breaking down fashion and music, being kind of business minded and we like to get our hands in every pipe, so that’s what kind of sparked it. 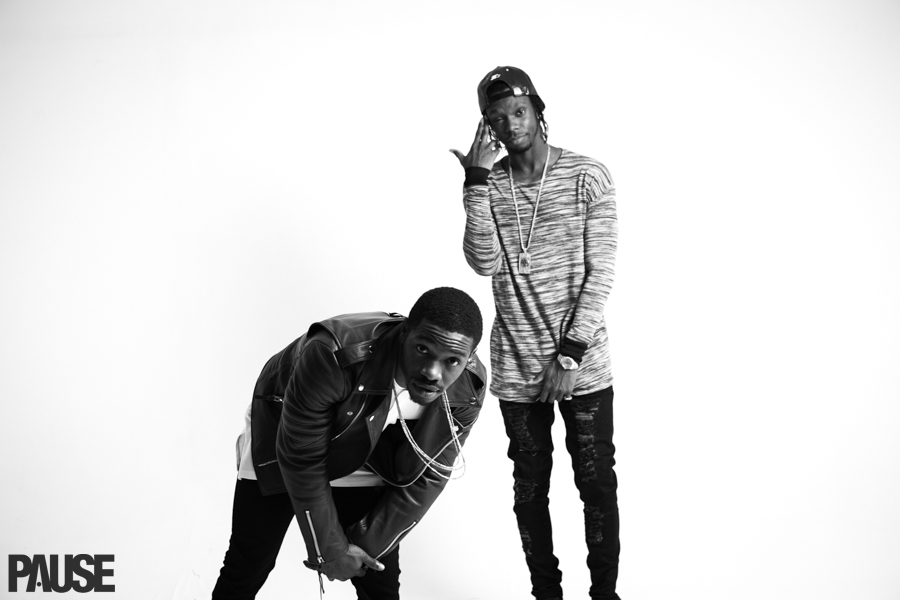 American rap artists are now reaching towards UK rap artists, in your upcoming Album you’ve collaborated with artist like Rick Ross, Wiz Khalifa and Jeremih, how did these collaborations come about?

Krept: They just happened. Literally, just off the back off of our last project, ‘Don’t waste my time’ that travelled over to America, Wiz Khalifa thought it was sick, saw us at Wireless, brought us into his changing rooms and he wanted to get on the album and we like “Of course you can get on the album.” It happened organically, same with YG, he was on after us and he saw us shutdown the stage. Rick Ross, we were at 1Xtra Live and sent him a text and a song over and he thought it was sick!

You guys we’re rocking some serious garments in the Freak Of The Week video featuring Jeremih, from Versace, Balenciaga to fur chunky fur coats – How has this video been received so far?

Konan: Sick! Everyone is like this is sick. It’s glossy. It’s very different from what we’ve done before and we tried to up it a level. We tried to add a lot of colour so it’d pop out, light-hearted and just have fun.

What can we expect from Krept and Konan outside of this music?

Krept: We’ve got a few sick ideas, but we don’t want to give too much away. We’re trying to get into different things, for example, my friend passed from leukemia, and we’re just trying to get involved with cancer charities to try and spread the message. A lot of black people don’t really give blood, so it’s hard for us to find a donor if something happened. It’s hard to find a match because hardly anyone gives blood. It’s not that we don’t want to, it’s just that we don’t know. We’re working Macmillan, Cancer Research and starting to raise awareness.

We’re also thinking of business ventures wise we’re looking at restaurants and trying to do youth centers and build things for the youth back home. We’re working on loads of different things that we want to get into and obviously proper eating. Now we’re at a platform where we can afford to buy proper eating so we want to get into that. Yeah man, just trying to be smart outside our music ventures. 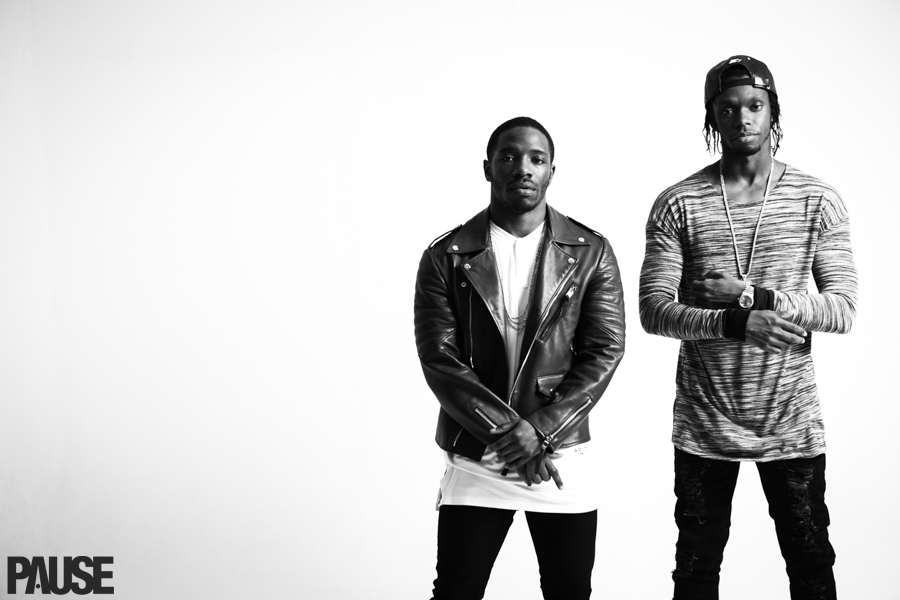 Click here to watch the video interview and behind the scenes of the photoshoot.

Get their latest album here: http://po.st/LWHdlxY 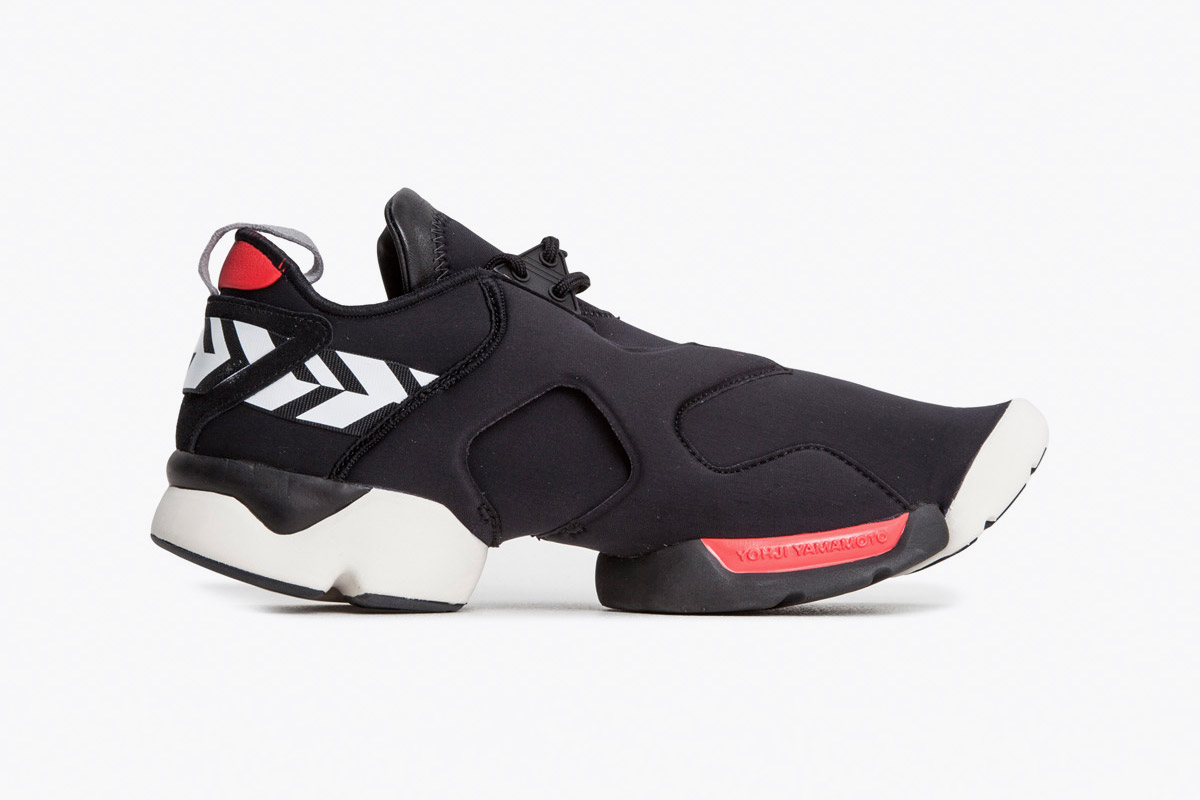