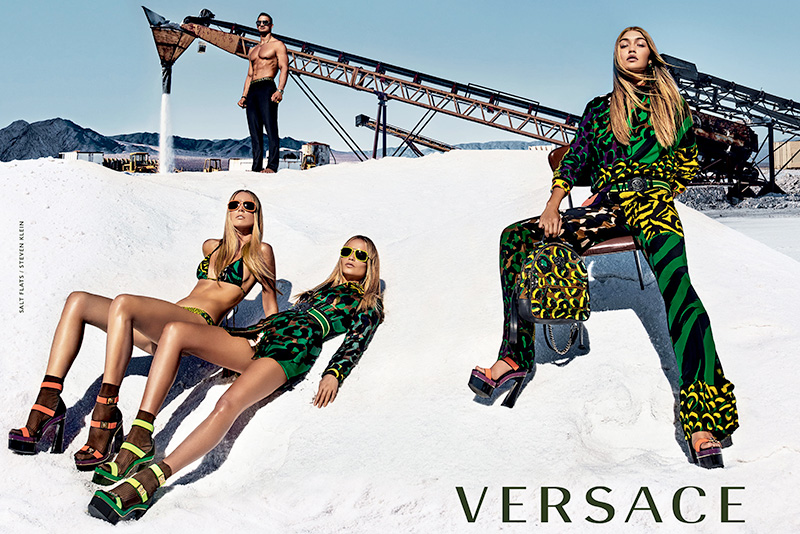 Shot by Steven Klein on the Salt Flats of California,  Versace unveiled its new Spring/Summer 2016 campaign.

“In this new campaign, the Versace man is at his most dramatic, fearless and strong. He is a man of his own mind, no matter where he finds himself.” – Donatella Versace

Martial arts expert Lukasz Grabowski appears in the background of the women’s campaign, heightening the mood of strength and empowerment. The menswear campaign features models Benjamin Benedek and Nathaniel Visser. 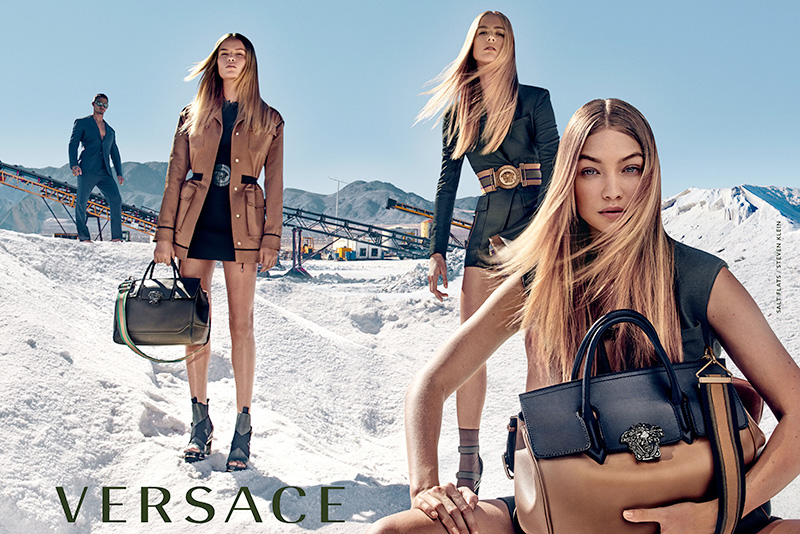 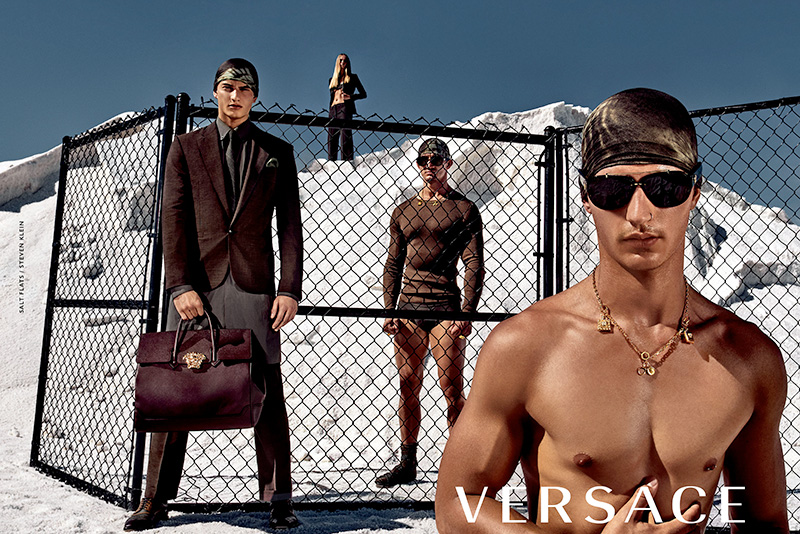 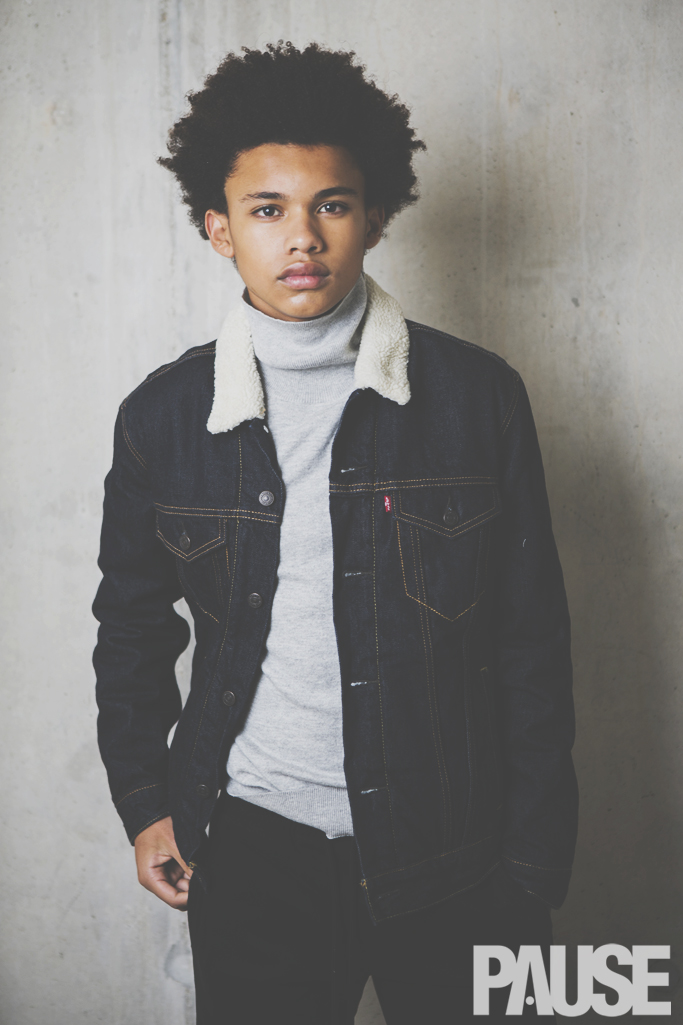