Father-son duo Joe and Charlie, who go by the name of Casely-Hayford, showcased at LCM on Saturday 11th June. Rather than focusing on what brings them together as father and son, they chose to focus, for this collection, on what aspects of their lives have been completely and irrevocably different. The collection, entitled “Apex Twin”, explores the effect of social media and an access to internet (or lack of) on their respective personalities and identities. It goes on to explore two different musical genres popular during their time: Rock and Grime to further exemplify the differences in apparel, behaviours and subcultures associated with such genres.

The collection as a whole is built on contrast, and ranges from the Indian influences of The Beatles’ travels to sportswear aesthetic prevalent within current UK Grime culture. Additionally, the design duo premiered their new womenswear collection, in hopes of raising awareness for their newly created bespoke service in which consumers can request customisations on signature runway pieces. 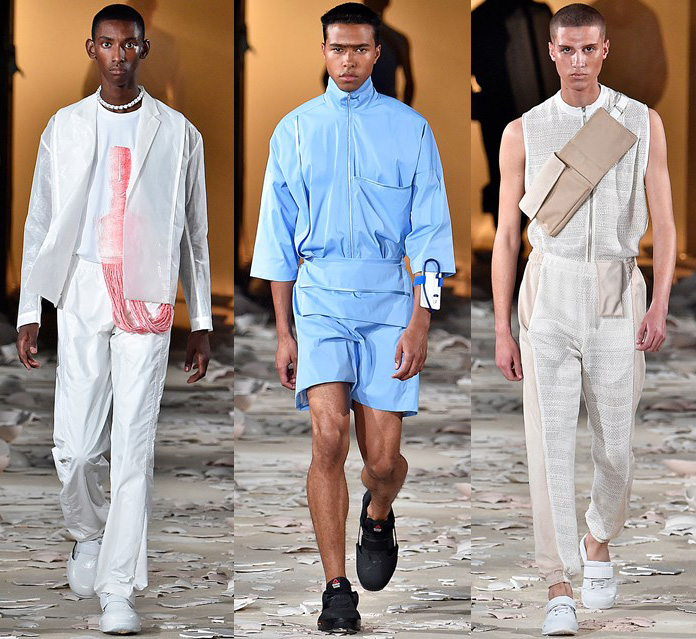