The PAUSE Guide To Online Dating

THE PAUSE GUIDE TO ONLINE DATING

Dating is a realm where fashion takes utmost importance. That first impression never means more than when we make the approach towards an online date. It could be the difference between someone thinking marriage material, and someone else thinking of how to bail – pronto. The game is fraught with pitfalls and uncertainty.

So here’s a question: what should you put on to give yourself the greatest chance of taking it off again later (in the company of your date, of course?) In the name of investigative fashion journalism, I went undercover in the world of online meet-ups to see what guys wear to make that all-important first impression.

I’ve used platforms like Tinder (too many no-shows), OKCupid (too time-consuming) and Happn (too unpredictable) before. What I needed was something that would streamline the whole affair, something where those who are simply DTF can just come out and say it. FlirtFair seemed to tick all my boxes. I signed up, created a profile, and started waiting for the magic to happen. It didn’t take long…

Without further ado, these are the dates and my summaries of their outfits, for better or worse. 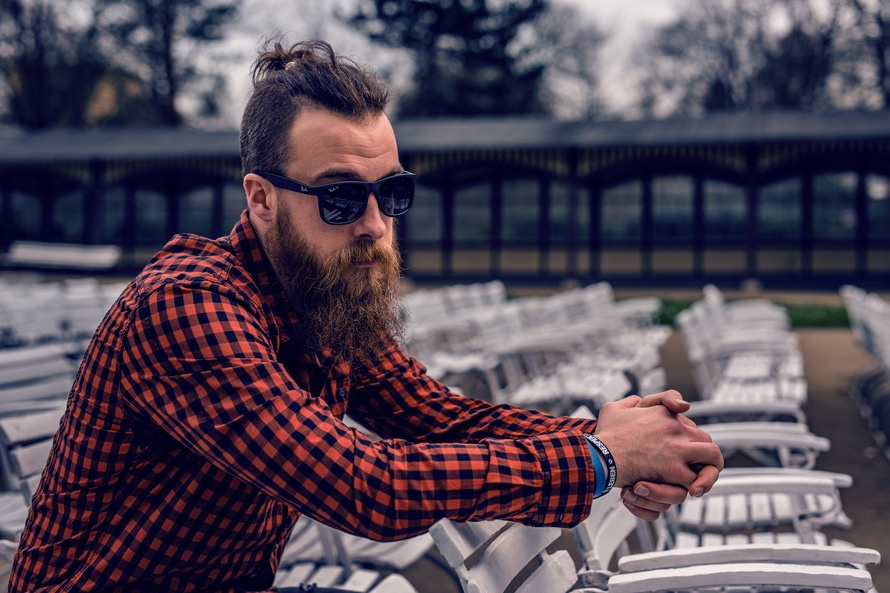 Jake was the first to contact me in one of the FlirtFair chatrooms. Right from the off he was pleasant, and displayed that enviable mix of confidence and a sound understanding of boundaries, meaning he didn’t immediately ask for my mobile number and begin trying to sext. I was genuinely excited to meet him and had high hopes for his date outfit (designers, of course, are supposed to have an eye for beauty).

The moment Jake showed up I was puzzled. Didn’t I know him from somewhere? Lumberjack-style shirt. Tick. Trendy, elaborate haircut. Tick. Ray-Bans on an overcast day. Bingo. That’s right, I thought I know Jake because he looks like so many other young men around these days. That’s not to belittle trends and popular styles, but my heart does sink a little each time I see evidence of a style so universal it takes over and becomes the norm.

I told Jake this date was actually a ploy for us to lift the lid on dating fashion among young men, and the designer was unperturbed by my mission, happily talking us through his outfit and describing the thought that went into it. “I like individual pieces that are hard to find elsewhere,” which I took to mean that he got his shirt from a vintage shop. Fair play. Purchasing clothes from charity shops or independent, small businesses is an admirable endeavour, but there’s nothing stopping you from delving a little deeper in the rails to find something more unique.

“I guess first and foremost I didn’t want you to run away when you saw me.” To this end Jake was successful; however, my reaction to him as he approached left us static. Perhaps an outfit with a little more heart and a lot less ‘cool’ would have compelled me to meet him halfway. “Lately, I have my hair like this,” he added. “I like long hair because it gives me the freedom to try more styles than the regular guy with a buzzcut.” I liked his logic, but was disheartened by his ten a penny man bun execution.

Conclusions: Jake’s heart is in the right place but he falls short for his ubiquitous style. 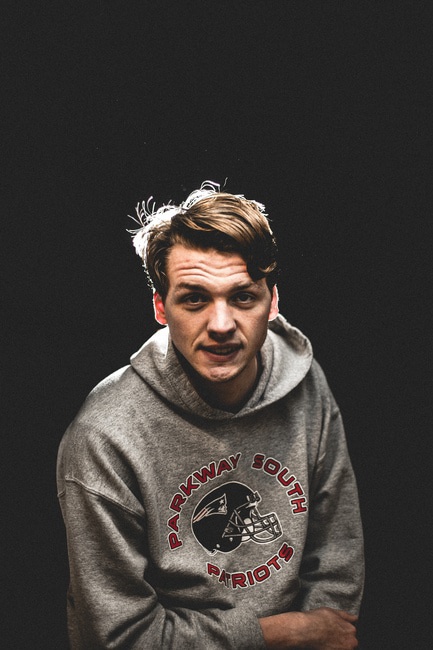 Franklin – or Frankie as he likes to go by – was a dorm room’s worth of fun the moment we got talking in a chat room. I was instantly enamoured by his youthful charm and humour and we hastily arranged a date for the next day.

Frankie clearly hadn’t put a lot of effort into his appearance, which, even though I wasn’t here to date, made me feel let down. His hair was all over the place – uncombed and untidy – and his faded sweater definitely wasn’t box fresh. He gets plus points for not clashing. His navy jeans complemented his grey sweater to give him a simple finish overall, and his sneakers, though well worn, were at least whole. I wondered how long he had spent on a couch before showing up at the bar.

“I really don’t think too much about my outfits.” You don’t say, Frankie. “I don’t hang out in upmarket bars and clubs, so as long as I feel comfortable in my own skin, then I’m happy.” This left me in two minds. On the one hand, why shouldn’t someone do what makes them feel good? On the other, isn’t it nice to make an effort, if only to show a blind date that they matter? “I believe personality is more important than what’s on the outside, but no one has ever told me that I made them feel how you just described. Maybe I should take note of that.” Maybe he should.

We agreed on a compromise: he’d make sure he combed his hair nicely and didn’t wear old, haggard college sports sweaters on dates anymore. The rest was his call.

We played ‘Never Have I Ever’. A few shots later I felt brave enough to proffer some fashion advice so I showed him the PAUSE guide to Cuban summer inspirations, thinking that the playful, casual styles might be his cup of tea. We got talking about the crisp shirts adorned with abstract prints. “I like those!” I thought something a little understated yet unique would be enough to drag Frankie out of his frat boy inertia – and he seemed to agree. As we scrolled through the collections I could see the idea of upgrading his wardrobe take hold, and I hoped he wouldn’t forget by the time we bought the next round.

Conclusions: Feeling comfortable is vital. You might look great but if you don’t feel the same, then you’re losing out. Still, make sure you do just enough so that your date doesn’t feel like an afterthought, or, worse, a drinking buddy for the night.

After a few days in the FlirtFair chatrooms I was feeling good about online dating and started to operate a more selective policy. This led me to Peter, a guy who caught my eye with his fast quips and laid-back outlook. We arranged to meet in the bar where he works during the afternoon shift when it wouldn’t be so busy.

The moment I laid eyes on Peter I was intrigued. Was he an aspiring model? He certainly had the air – and posture – of one. His plain white tee hung loosely on his thin shoulders, and his hair was immaculate without giving off the impression he’d spent all morning fixing each strand. He displayed a genuine coolness but remained fun, friendly and relaxed. And he wasn’t at all bothered I was only there to assess his style. “You want a picture then? It’s too dark in here and I know the perfect place.” The perfect place meant an impressive urban backdrop behind a nearby motorway. Tongue in cheek, Peter played the brooding model role to perfection.

“No, I’ve never thought about modelling. I’m happy to work in the bar and concentrate on my art.” Well, the runway’s loss is daytime drinking’s gain. “I don’t own many clothes and I like to keep things simple, so I wear this leather jacket pretty much all the time.” Immediately I checked for wear and tear, stains and grubby patches but it looked almost pristine. “Yea, I think looking neat and tidy is important.”