The Rise Of The Sneakerhead Culture

So much more than footwear. 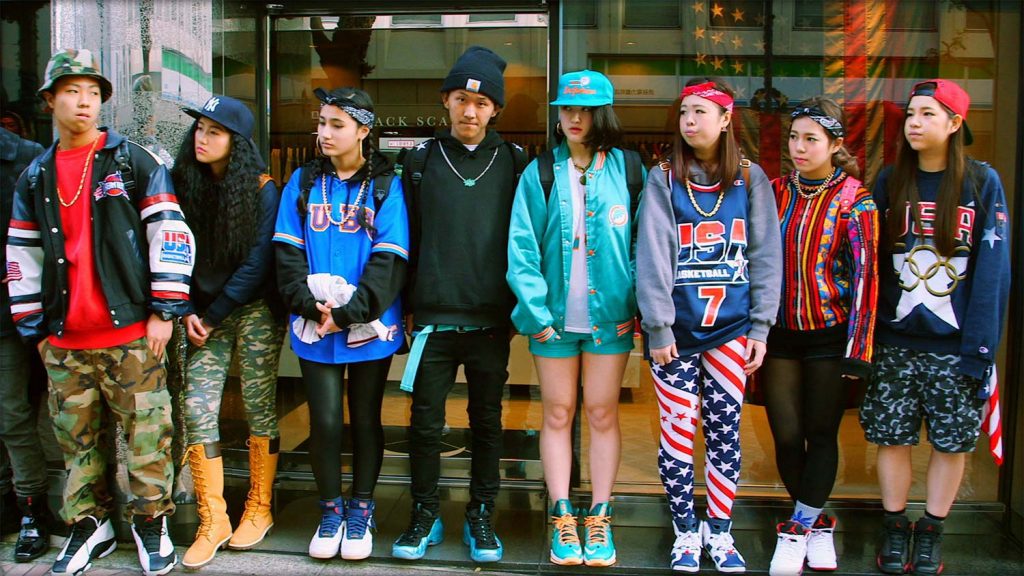 Possibly the most genuine example of subculture in the 21st century, sneaker hype is no laughing matter.

The history of sneakers is not actually so brief. Trainers have been around since 1917 when the Chuck Taylor was born but it’s doubtful Marquis Converse, the creator, foresaw neither the longevity nor the landscape in which they’d be sitting today. The All Star Non Skid Classic was the first shoe made specifically for basketball players and the first ‘sneaker’ as we know it to be mass-produced.

The culture as we know and understand it really kick-started in 1984 with the birth of the Air Jordan. From there the journey’s mapped and tracked the path of technology. As everything evolves around us, so have the developments of the sneaker industry with performance technology and fabric advancements paving the way for endless possibility. 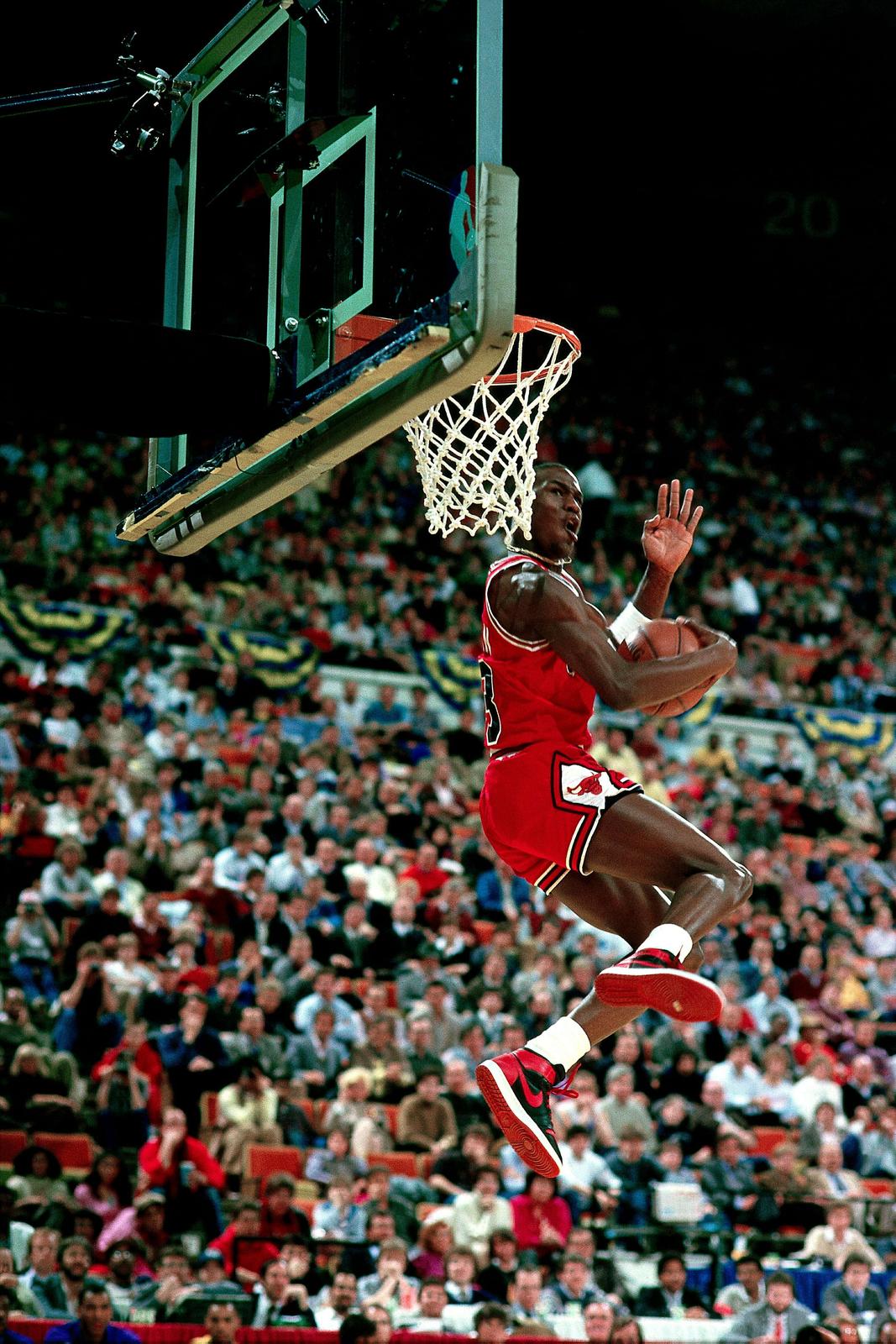 Testament to the magnitude of sneaker culture is the current Brooklyn Museum exhibition ‘Out of the Box: The Rise of Sneaker Culture’. Curated by Elizabeth Semmelhack, the senior curator of Toronto’s BATA Shoe Museum, the display celebrates this superstructure of an industry.

The exhibit pulls together an archive of 150 pairs, dating from the mid 19th century up to 2015.

On August 7th, a documentary called ‘Sneakerheadz’ will be released. David Friendly’s directorial debut previewed at SXSW with great reception. As the title would imply, this feature is all about this fascinating subculture and its prominence across the globe.

This is the heart of sneaker culture. The definition of a sneakerhead is not necessarily about the volume of a collection but more about the commitment. In the above-mentioned documentary, devotees are interviewed about the need and obsession, the want and desire and a glaring light is shed on this enormous marketplace. 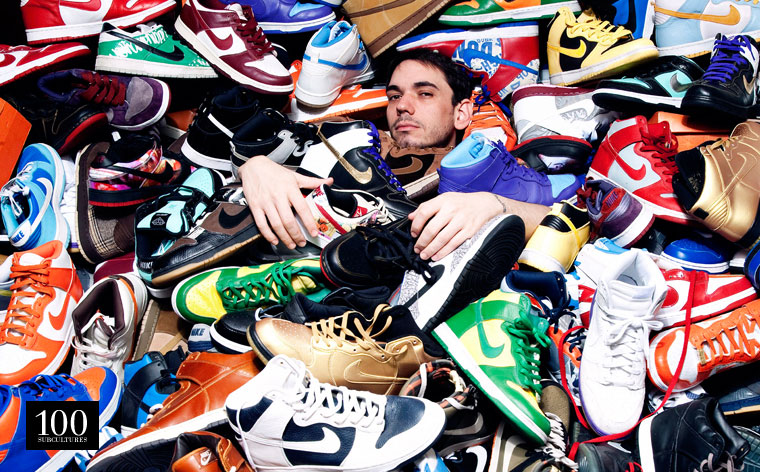 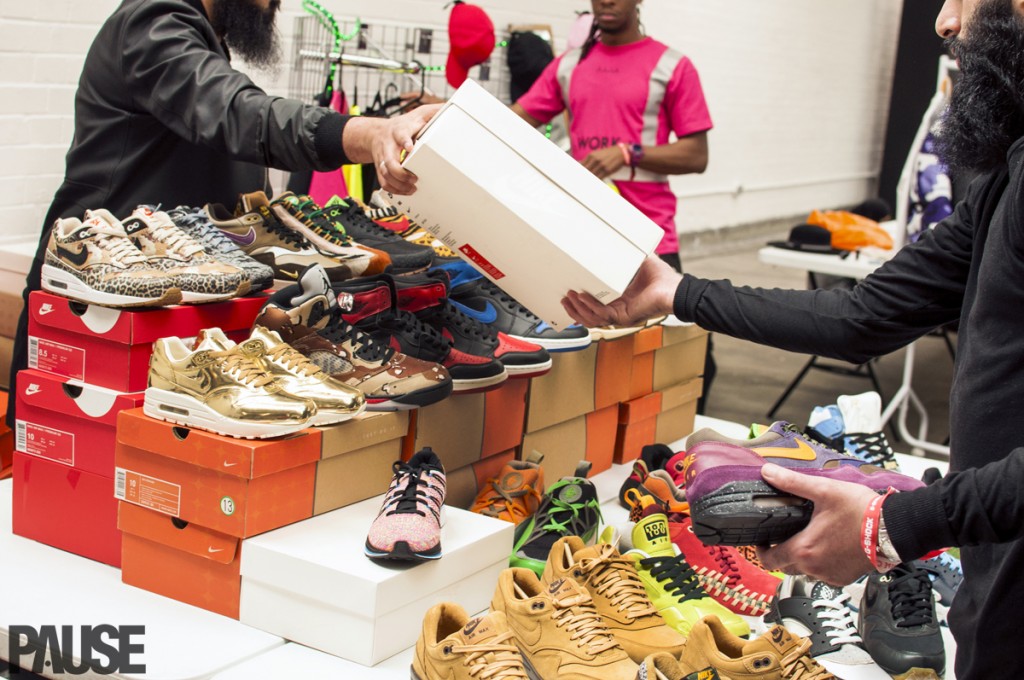 Like in most cases of collectables, it’s all about status and aspiration to some degree. Idols in the form of athletes and hip-hop stars both inspire and partake in this mindset.

From mile-long queues outside drop-spots to trade and swap events, this community transcends gender, age and social standing. The compulsion to collect isn’t as straightforward as simply staying on the pulse of all new releases. The sneakerhead mantra ‘one to rock and one to stock’ best sums up the attitude.

It’s not just about buying to wear. There are four main strands. Some do buy to wear, some to resell to max the profit, some to display at home like art and some, the most committed, to preserve in storage for years to come. 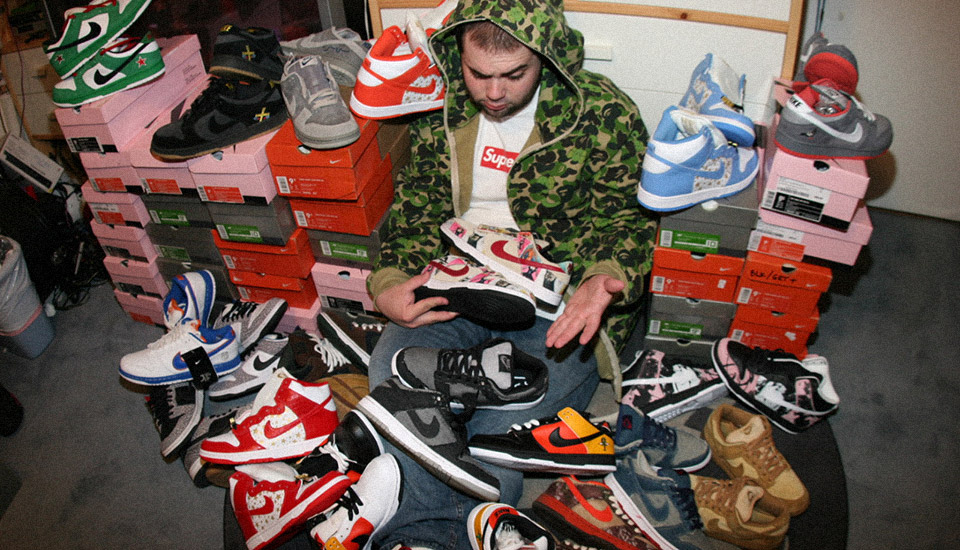 The buy to sell team have generated a micro industry within itself. Josh Luber is a sneaker data expert who started up StockX (formerly Campless) a data resource that monitors eBay auctions. It’s a stock market for sneakers, whose very existence showcases the enormity of the industry.

Another key man from the buy to sell camp is Benjamin ‘Kickz’ Kapelushnik. At just 16 years old, he’s reportedly a self-made millionaire from this practice. He’s a pretty big deal in the reselling community as he’s even DJ Khaled’s personal connect for all things sneaker. 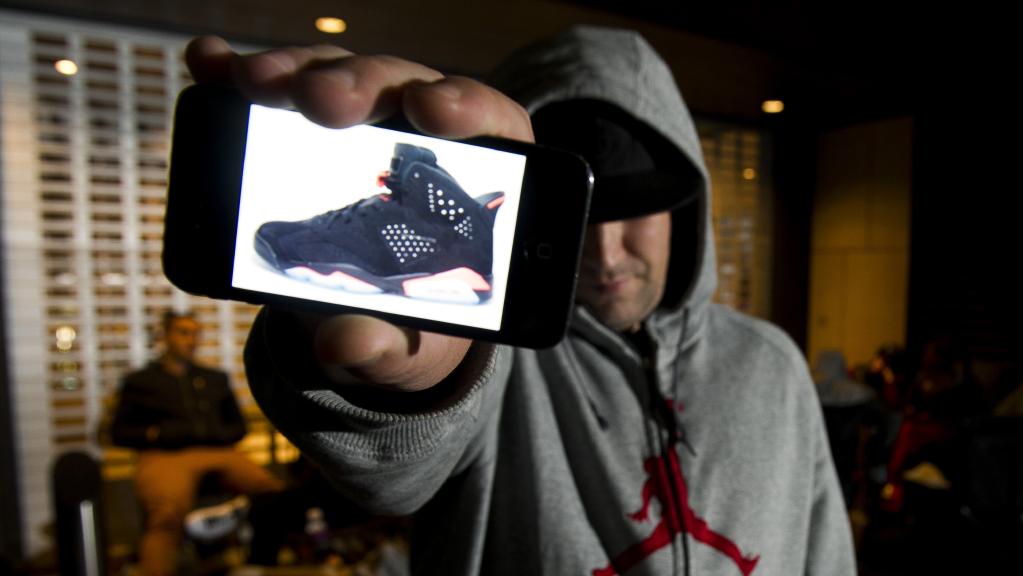 The idea of display is crucial. People who criticise or are unable to comprehend this world, overlook the commodity itself. In some cases it’s a generational issue. Parents disapprove of trainers being worn in certain situations since recent history associates them with casualwear. Of course, everything has changed as the blurred lines in styling have re-channeled the very notion of smart and casual. While haters can’t see past the sneaker as an accessory, collectors perceive them as works of art. 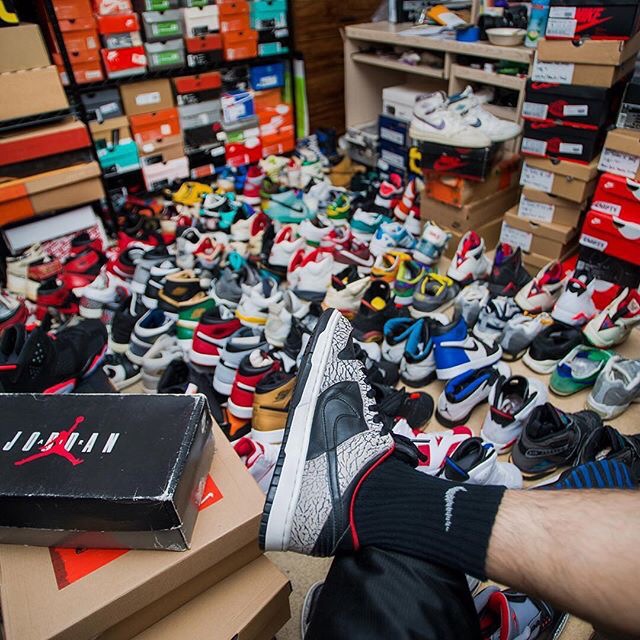 The ultimate sneakerhead has such a vast collection that they’re protectively contained in a secure and temperate storage space. Thousands of pairs are kept in boxes in their mint-est conditions, safe from all the wear and tear of exposure. 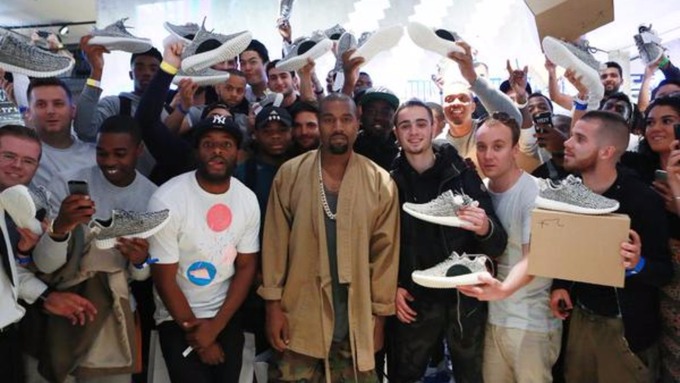 A side note and fun fact: the antithesis of the sneakerhead is the bizarre fetish of sneaker destruction. This meaning that there is a culture in which people get off on the annihilation of newly shopped kicks. A weirdly wonderful facet of this dominating subculture.

The most notable development of the past decade has to be how sneakers have created a platform for collaboration. These days you can’t go a day without the announcement of another Vans, Nike, Reebok or adidas collaboration. It’s truly reflective of the layered and hybridised arena of design today. 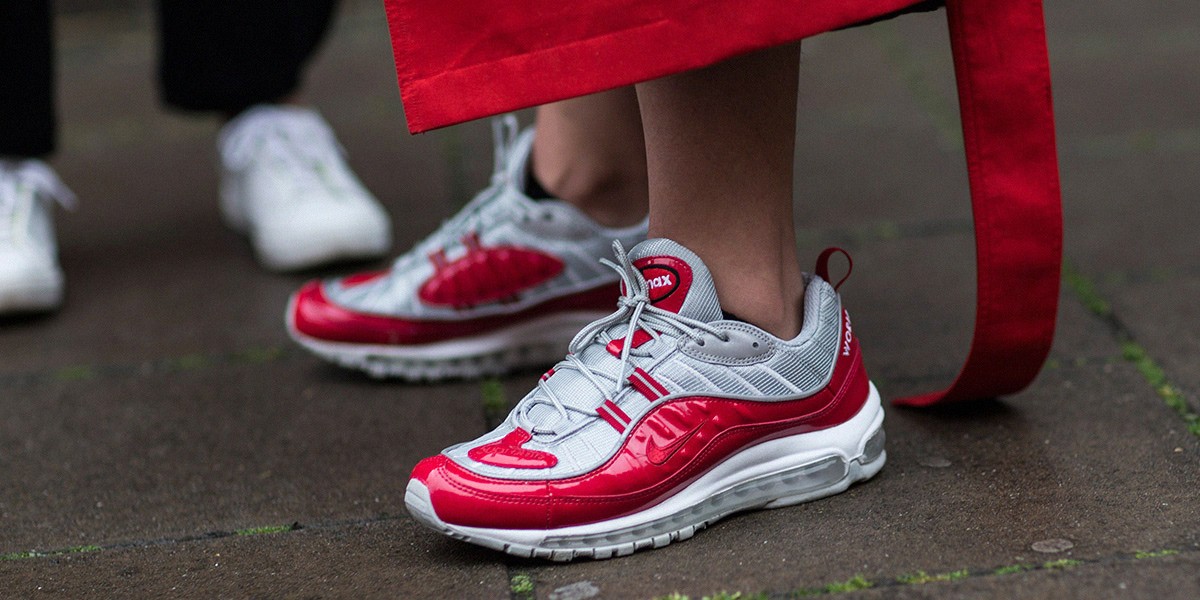 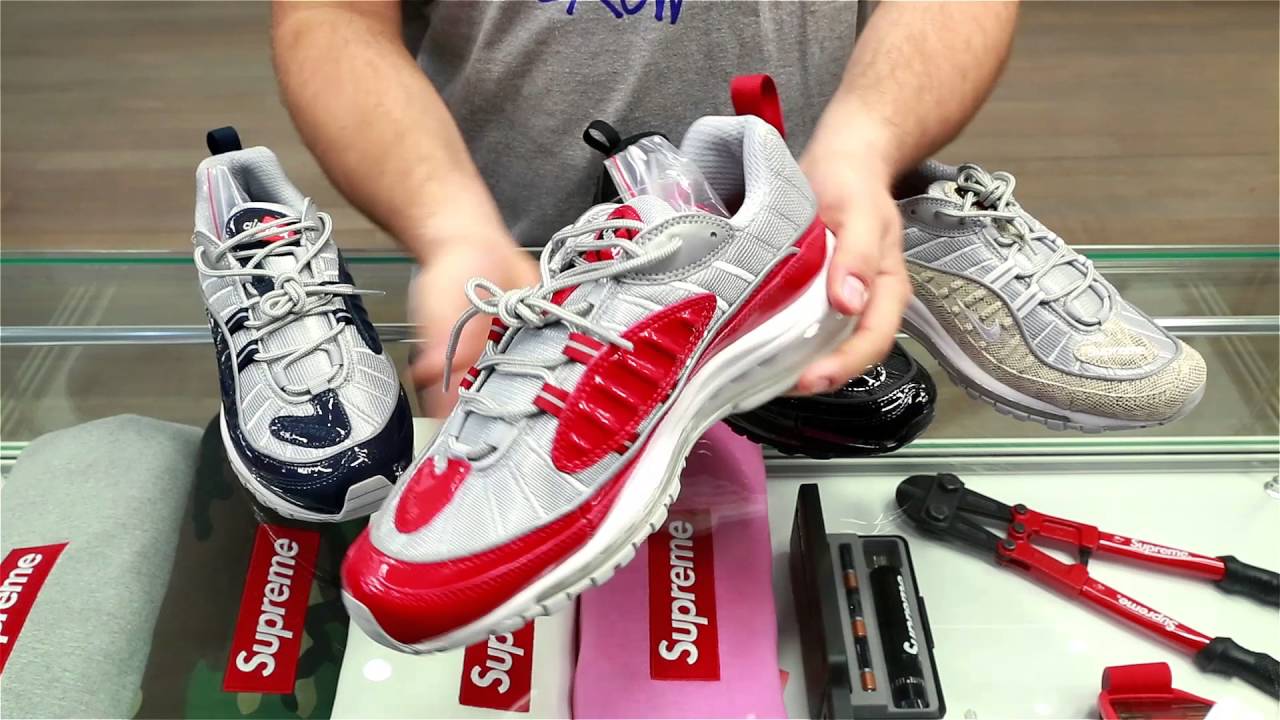 What will sneaker culture be in in 50 years? With the amount of daily drops, what kind of space will be able to hold them all? 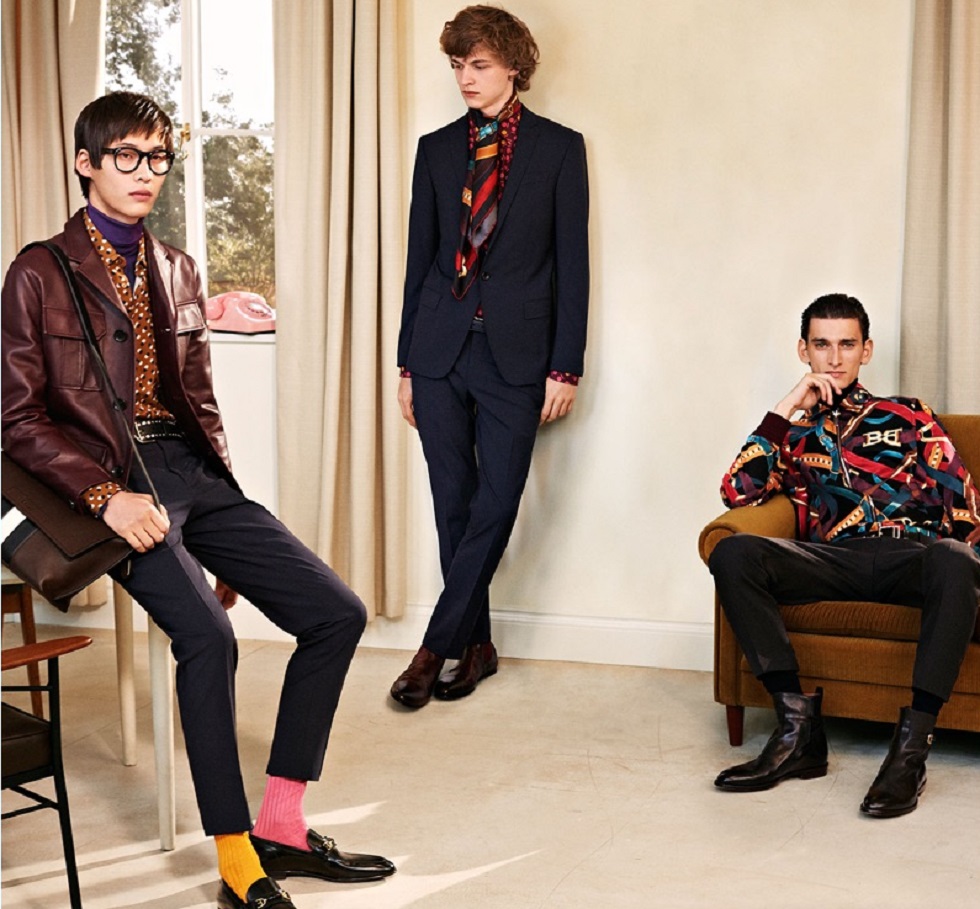