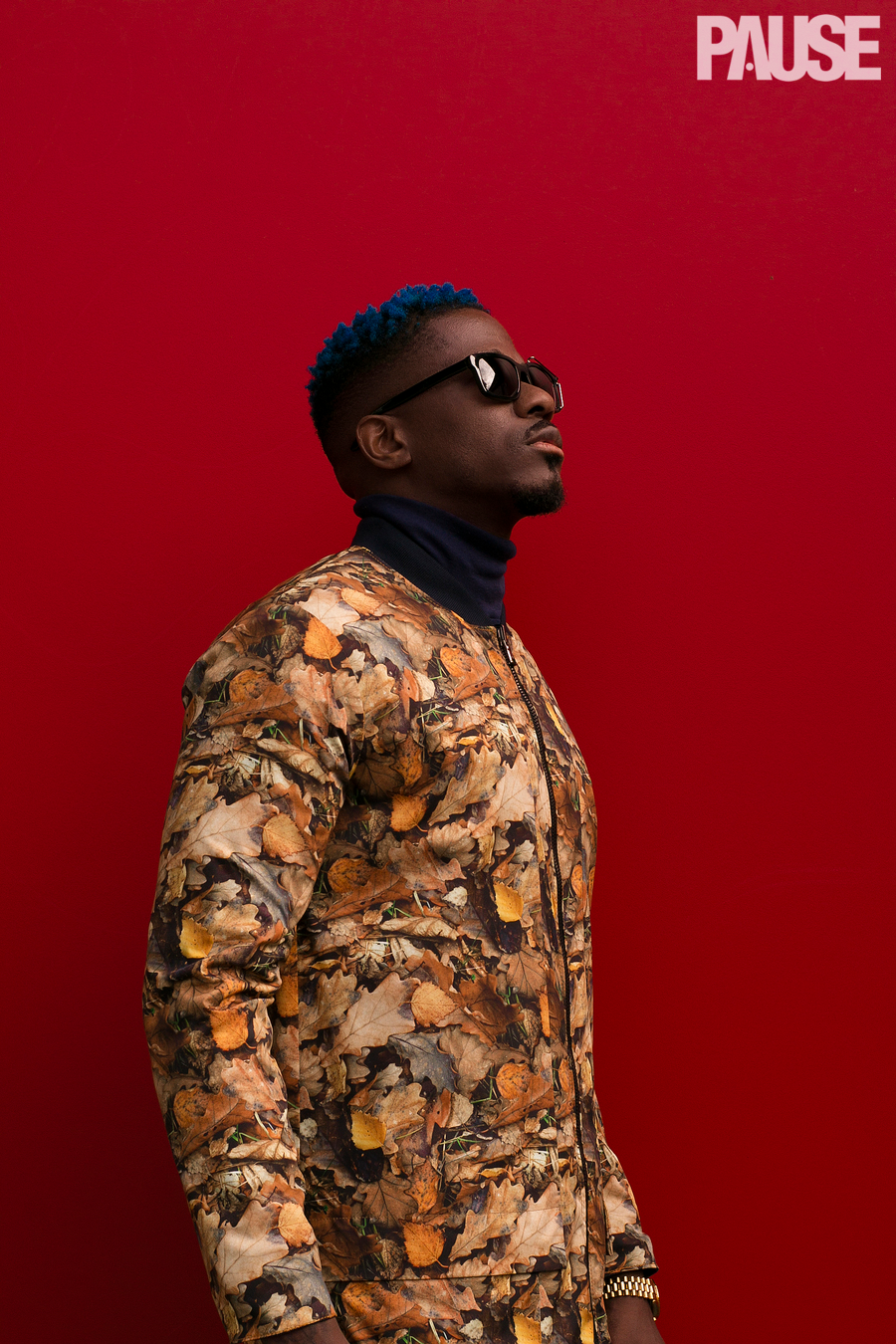 It’s pretty fun, pretty exciting. Obviously he’s a superstar, so everything that comes with touring with him is of a high standard. There’s a lot of pressure when you’re working with an artist of that level because nothing can ever go wrong and expectations are high. But most of all it’s been a massive learning curve for me, I’ve just learnt so much from being around his team and working with him, plus he’s taught me a lot as a producer and given me a lot of good advice.

Who else have you worked with recently?

I recently worked with Kyla, the girl who sings on Drake’s track ‘One Dance’. We did a show together and a studio session working on some writing. She’s really cool, really humble and really fun to work with, she’s such a lovely girl.

I did a show a few weeks ago with Fuse ODG, again the same as what I did for Akon, doing a warm up. We’ve done a writing session before and we’re due to do another one. Whoever I work with I tend to end up working with in the studio. And obviously I worked with Fatman Scoop as well, he’s on my third single.

Who would you love to work with in the future?

In the future I would love to work with Black Coffee, he’s a house producer from South Africa, I think he’s really good. In terms of vocalists, I want to work with Akon actually, I haven’t done a writing session with him yet and I really want to. I really believe in his creativity.

Michael Jackson, just because he influenced me as a kid growing up. It was his music that made me get into music, and just him as an entertainer you know, I see him as a real all-rounder, singing, dancing, producing…

Then on a modern front I would say, when I started producing music it was Sticky, DJ EZ, So Solid, M. J. Cole and the whole garage world that really influenced me and made me get into music from a production point. Also all of the dance lot that were popular in the nineties, they really influenced me as well.

Now, I’m not really influenced by anyone, because I’m still stuck in my old mind frame, but I do like what a lot of people like Oliver Heldens are doing. I feel like a lot of the successful producers now are taking a lot of influence from the garage days and just making it better, and I love that. 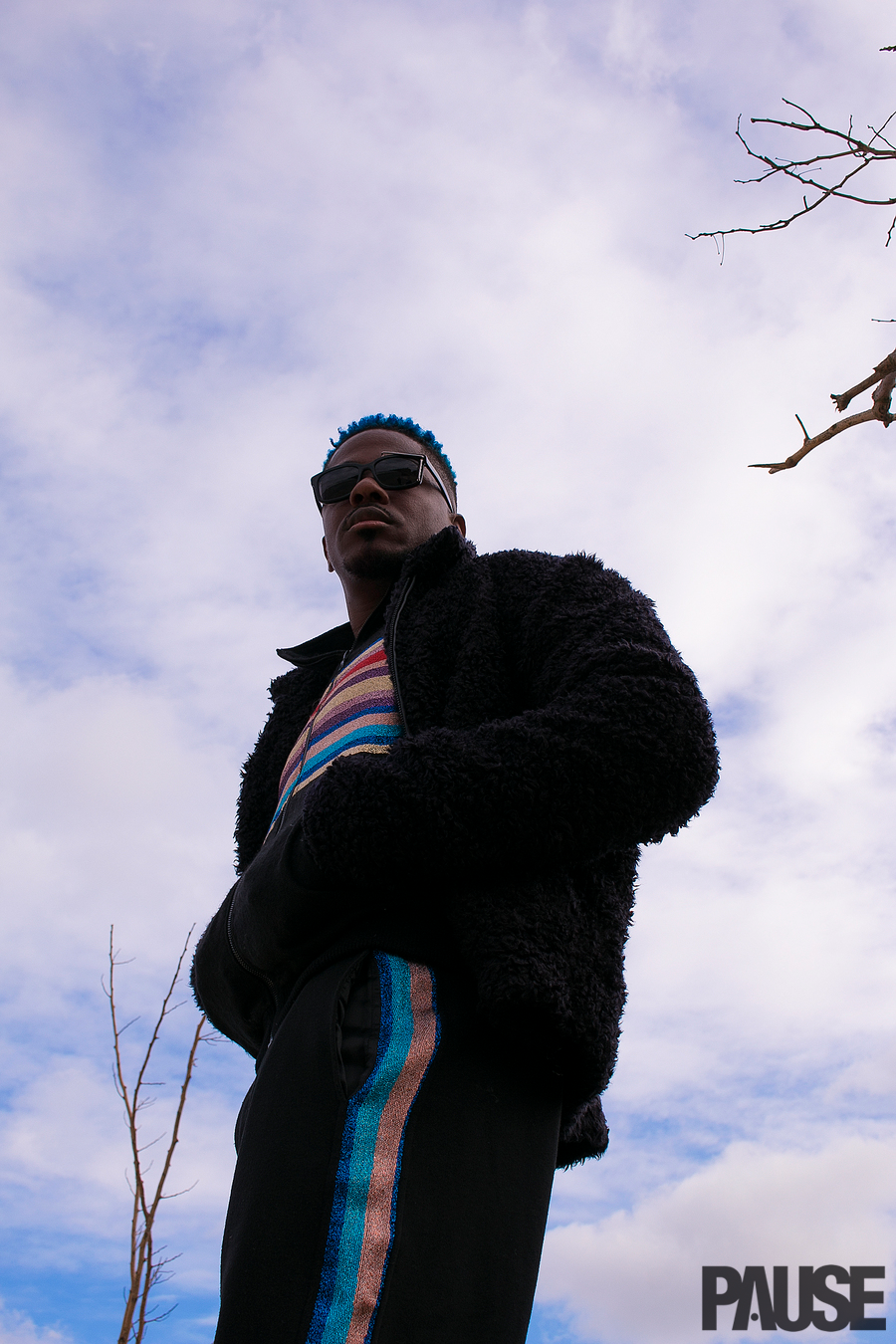 What was the process like for producing your debut single, U Sure Do?

I went to Ibiza last summer and Hannah Wants dropped it in her set at Sankeys and when the song dropped everyone goes crazy and starts singing the chorus but there was no drop, the chorus ends and then it just goes to music and there’s no beat or bass or drum. So I said to my manager I need to remake this because it’s just not on the same wave as all the other tracks that are playing right now. And it was annoying because you wanted to dance when you heard the song but when there’s no drop you can’t really… So we got permission from the publishers, but we actually did it before we got permission because it was taking so long.

In terms of the technical process, we replayed all of the music, so the keys and everything, put them into our own synths that sound similar but bigger and more modern and added more layers to make the sound bigger and fatter. Then we got a vocalist to redo the vocals, we produced the beat up and I made the drop heavy but quite commercial. It was quite difficult and it took ages to do the synths, the piano, the keys, the chords… We spent two days just getting that right, and then we did the beat afterwards.

Which was your favourite gig that you did this summer?

There were so many good ones. Probably Gotha with Akon, which was back in May in France, because it’s such an explosive show. It’s so exciting and everyone in the crowd is really there for the music, they’re not just there to party. They want to be entertained musically, so every mix or remix that you put in or every mash-up you do live they appreciate and they really go crazy with you, it’s a really exciting one.

How would you describe your style?

With Djing I would describe my style as quite eclectic, I mash a lot of things up, I hardly ever stick to one genre. The basis of my set is always house music, but I add whatever additional sounds I feel might influence the crowd to excite them or provoke some emotion or bring back some memories. Sometimes I’ll drop a bit of rock and roll in a set, a bit of hip hop, a little bit of drum’n’bass. Just a little pinch, it’s like making a meal and trying to give it a little bit of flavour but not too much – just enough flavour to make a Spanish person like it and a French person and a German, a Ghanaian, a Nigerian, an American…

And how would you describe your personal style?

I would describe my style as quite relaxed, I like wearing a lot of jogging bottoms. I just like to feel comfortable and cozy. I like to feel like, with what I’m wearing, that I can do anything – I could chill and watch TV or I could get on a stage. I don’t like dressing formal because it makes me feel uncomfortable. 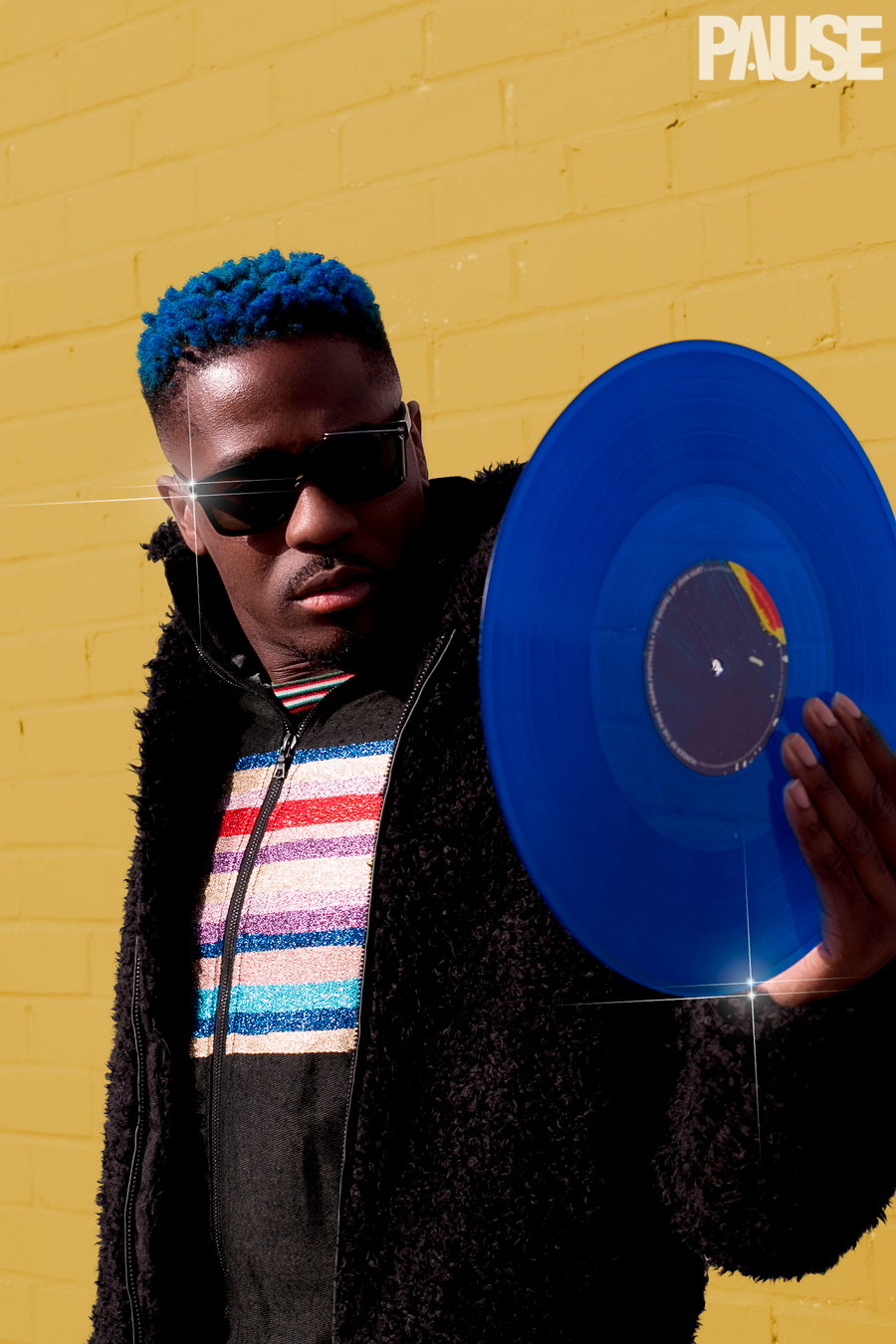 I wouldn’t say any person influences my style. I would say my lifestyle influences my style. The fact that I travel a lot and be on stage a lot, it makes me always want to be comfortable. I don’t ever want to feel uncomfortable for a second because there are so many situations where you are uncomfortable, like the stress of having deadlines when you’re producing music, the stress of doing shows and being anxious or excited, the travelling, waiting around in airports.

How does being a born-and-bred Londoner influence your style?

I think being a Londoner makes my style quite open, because in London anything goes and can dress how you want. It makes me have this mind frame where I don’t really worry about opinions, if I like something I’m going to wear it. I guess it makes me quite open-minded, being a Londoner. I think it’s one of the best places to be from.

Why the blue hair? Where does your affection for the colour blue come from?

Why not? For me, the colour blue is the most positive colour in the world because it represents the sky and the sea, which are the two most powerful things in the world in my opinion. Also whenever you see the colour blue it’s often something positive. It’s very rare that you’ll see anything negative in blue. In general, the colour blue is quite a positive energy and I’m all about positive vibes. I do feel like my hair gives off a positive energy to people and whether I’m on stage or I’m meeting someone new my hair always makes people smile and I really like that, because smiling is important.

What’s your favourite item in your wardrobe right now?

Do you know what, these are [points to his shoes], my white Nikes because they’re so comfortable and light it feels like you’re not wearing shoes. I can’t stop wearing them, but I probably should stop soon because they’re white and they’re going to get dirty. 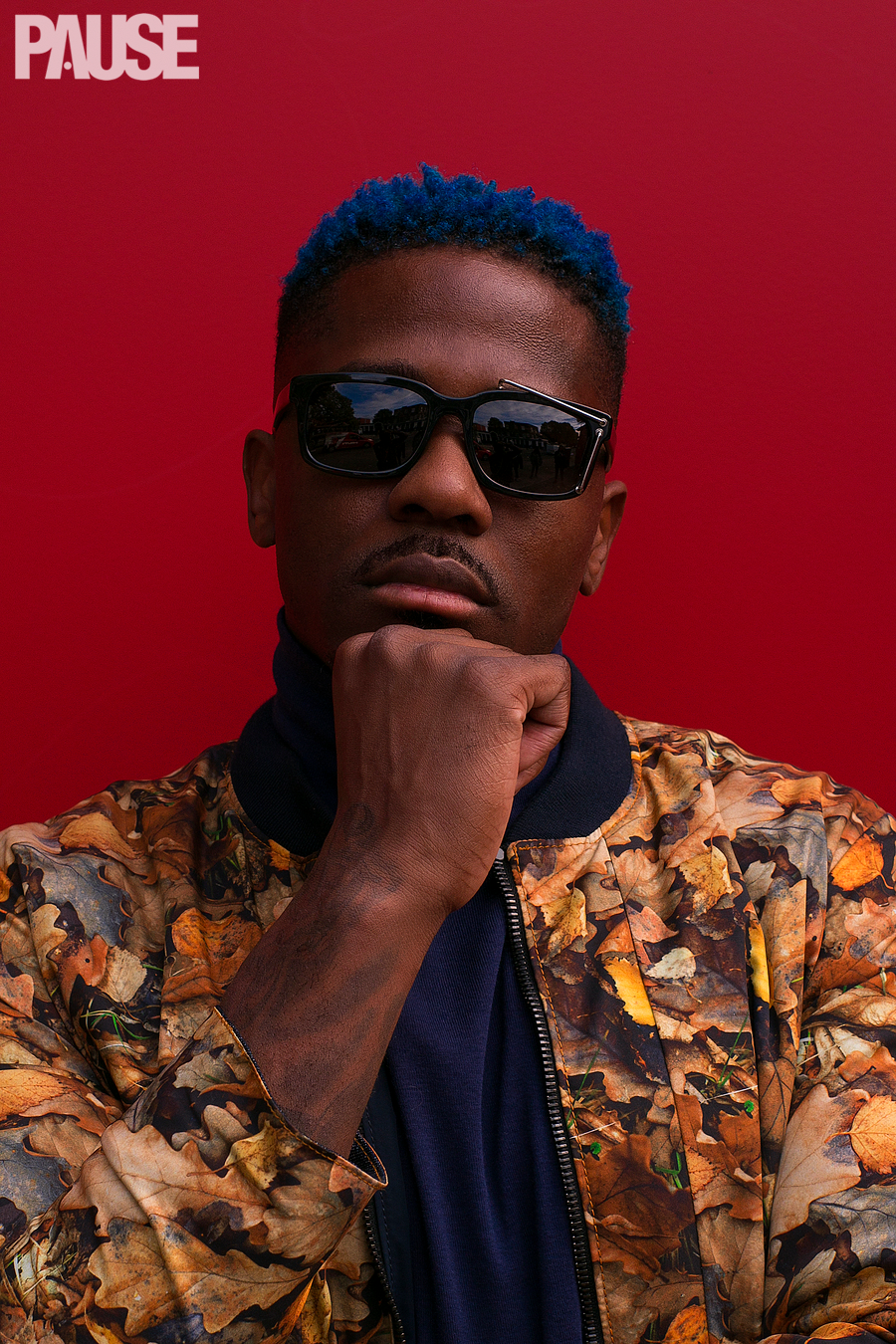 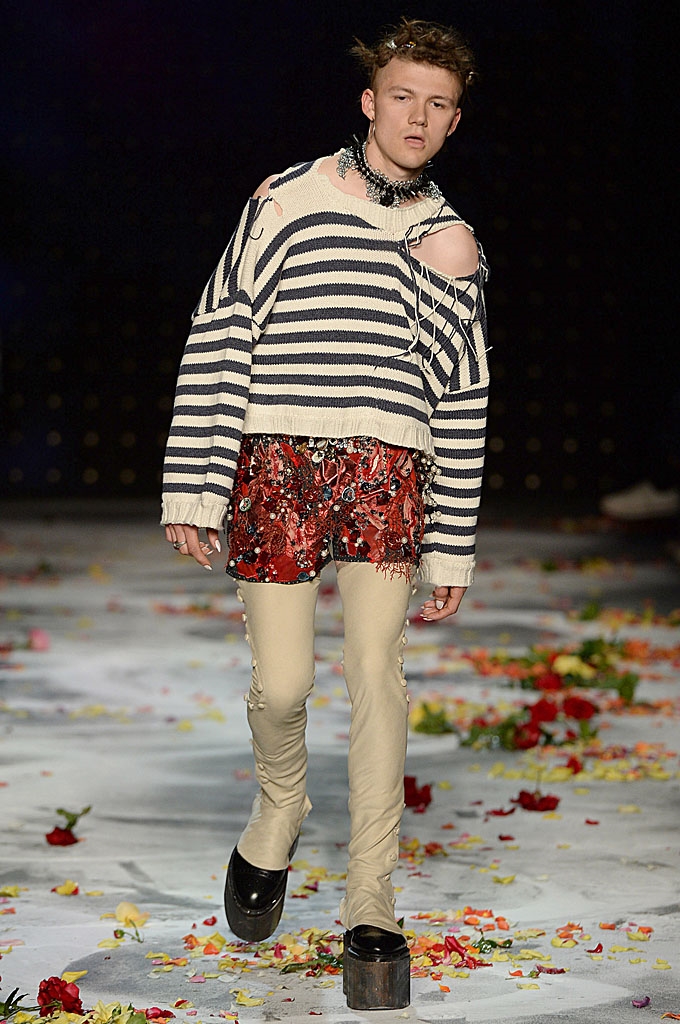