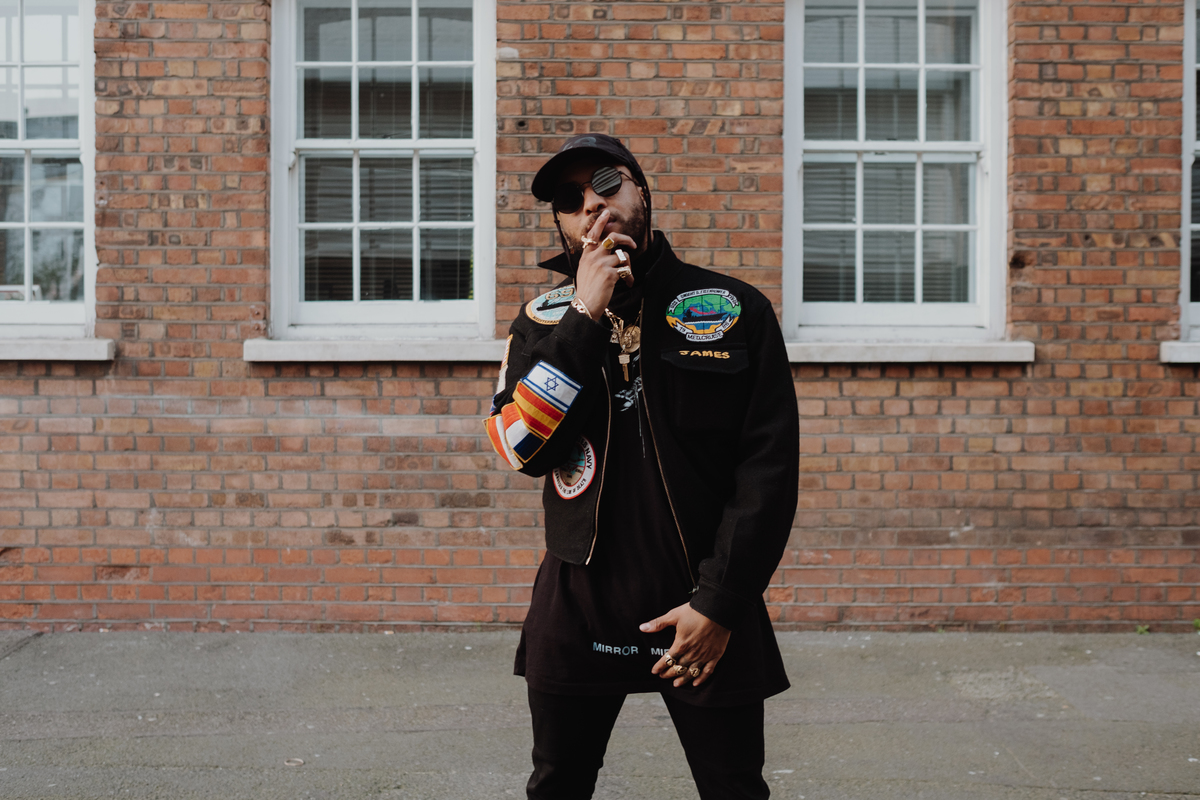 Dropping his new debut album, Ro James is an artist who passionately brings back RnB music to another level, mixing rock, country, and reggae to his overall vibe. Fusing Hip-Hop and future sounds together, Ro James stands for his own individual style. We at PAUSE got a chance to speak with him during his tour in London about what musics means to him, favourite 90s artists, and his new debut album ELDORADO.

How did your music career begin? Tell us about the first time you hit the studio.

The first time I hit the studio I was about 16. My older cousin had a studio and he was like “come by, play with your voice and see what it sounds like”. So I went and tested it out and it sounded like shit. He thought I sounded great, but me? I thought “this is shit”. So what it did was it ignited the fire for me to get back, so the next time I got into the studio and actually recorded, I was 19.

Did you know you wanted to do music from 16?

I think 16 is when it hit me because I always appreciated music and I have a few musical people in my family. My father sings and my uncle sing, so I knew I had something but I didn’t know what. You have to gain your confidence and learn your voice and all that, but I mean from 16 I knew, at 18 I wrote my first song and at 19 I got in the studio and I got recording.

So where are you from?

Everywhere. I was born in Germany. My father was in the military so I travelled everywhere. My mum used to come here, to London so I spent time here and all over the states. I’ve been to Hawaii, and I have family from Panama. 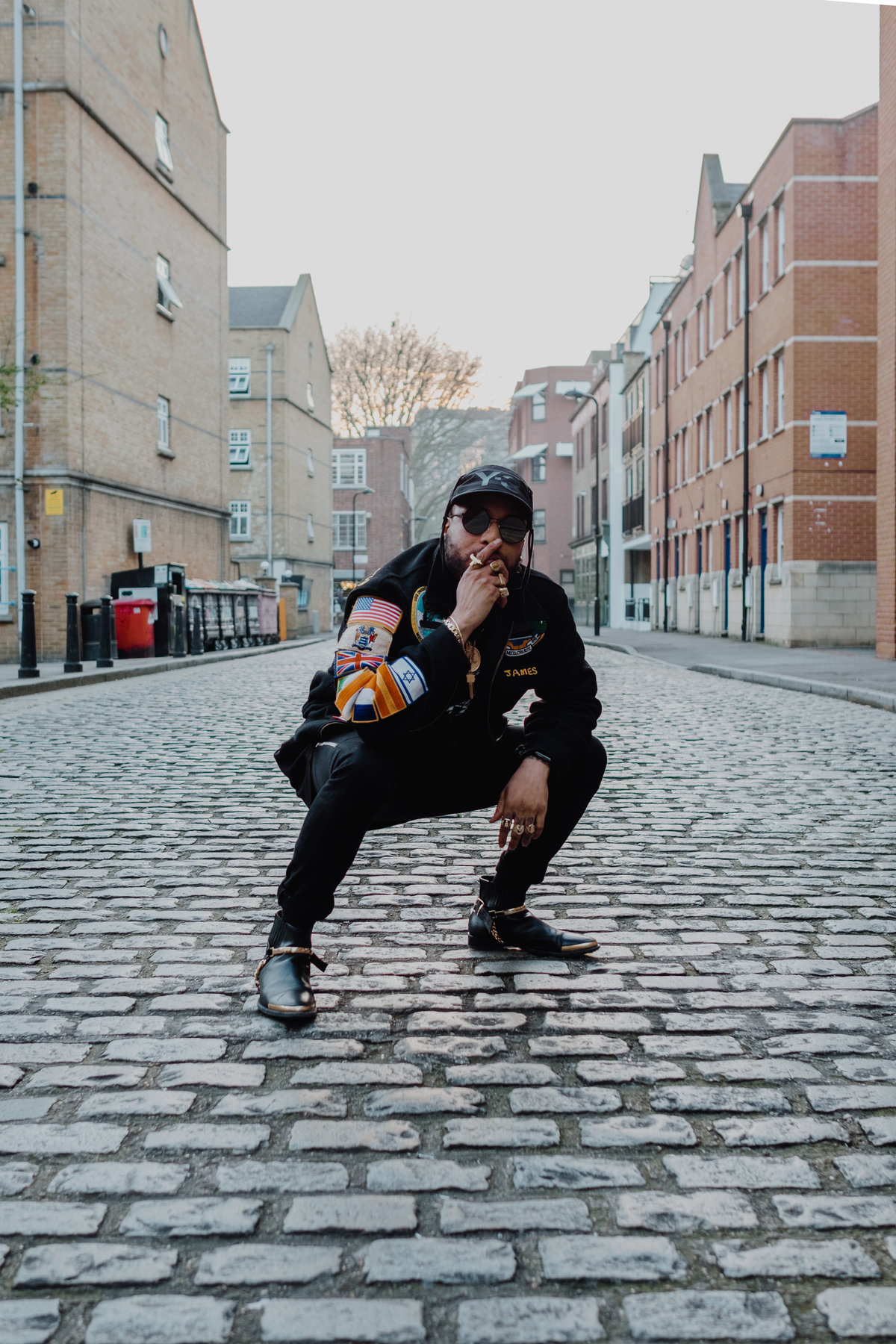 How has that influenced your music?

It has a great deal. It’s given me perspective and it’s given me a different scope on music, culture and, sounds. As oppose to some other people I have been exposed to country music, rock music, gospel music, pop music, reggae and a lot of Spanish music, it is like I have all of the genres in one so creating music is like ‘how do you pick?’. I haven’t really chosen. I feel my entry into the music industry has been a RnB trajectory. Everybody is RnB this, RnB that. I feel like it’s because I’m also black, so I kind of had to do RnB. You can’t be everything. I am African American, I have Hispanic descendant but at the same time, I’m looked at as an urban artist. I chose to come in with RnB because it’s been a huge part of my upbringing and it is the foundation of soul, but as I keep making music I bring in a bit of rock, and the country and reggae.

Your music takes me back into the 90s, so how would you describe your musical style?

You know, the 90s play a huge part in my music, I listen to it all the time and I lived through it. I listened to D’Angelo, H-Town, Missy and Timberland; a whole bunch of different artists that I felt had soul. They infused Hip-Hop, future sounds and I feel like that’s exactly what I’m doing now, but at the same time, the 90s is really big right now. Everybody is a fan of 90s fashion, 90s music, 90s hairstyles- It’s all coming back and I feel that was the best time.

Where do you get your inspiration from for your music? 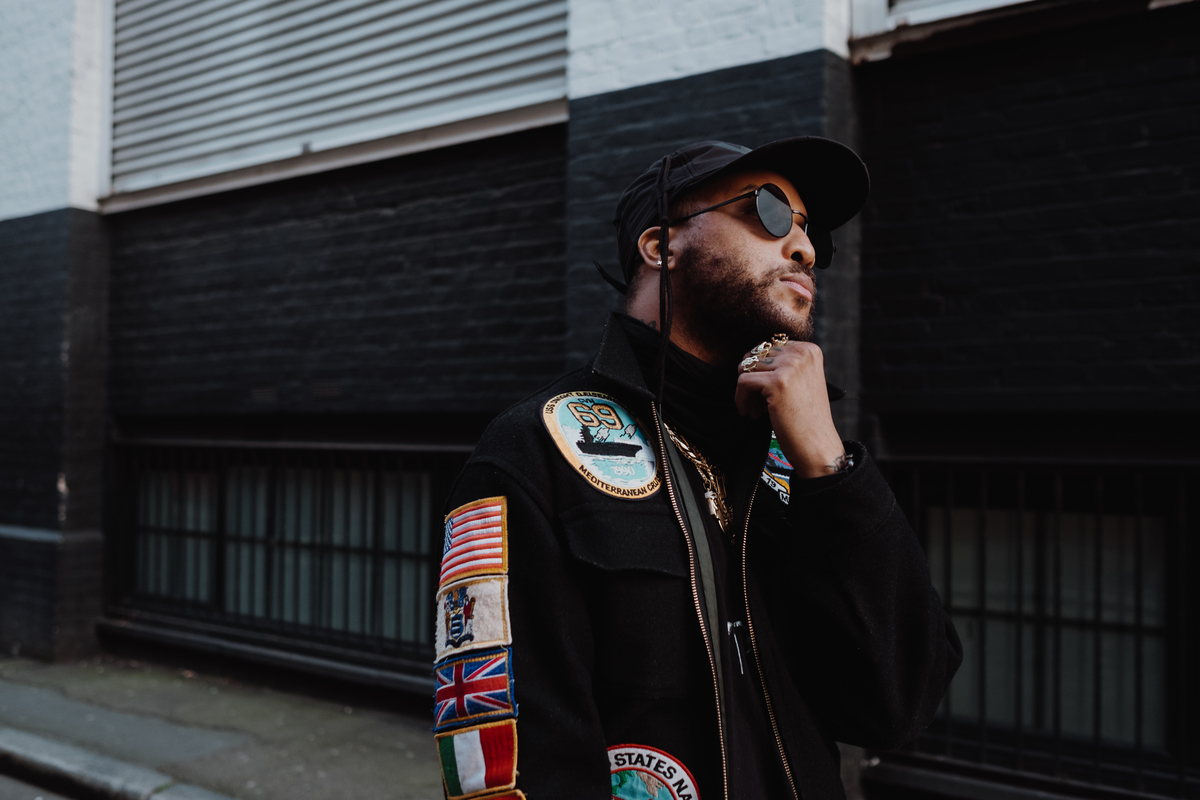 You’ve just released your debut album ‘ELDORADO’. Tell us more about it?

So ‘ELDORADO’ was basically about my first car. My father gave me an old school Eldorado. When I started to say that I wanted to be an artist, I knew I wanted to tell stories to my people who are locked into my vision, and they understood where I was coming from. Eldorado represents my past, my present, and my future. It’s the journey and the ride; where I’ve been; where I’ve come from. It was my first car and this is my first album so it’s very significant for me. I cherish my first car so this, my first album, is just as special. It represents my journey, life, travel, people and finding your way. Sometimes you have new people in your car and sometimes you’re driving by yourself, and that is how my journey has been.

My favourite track from you is ‘Permission’. What kind of vibe were you trying to give off with that track?

I was trying to give off a couple of different vibes. I was trying to give off the vibe of love whilst being sexy and flirty but at the same time, I wanted it to be honest. With everything going on in the world, asking a woman’s permission is very important. You know the whole ‘date rape’ thing. You ask her but at the same time it’s sexy so I’m saying “yeah I wanna spend some time with you, I see you and I sipping on a drink”. It was just a little word play but at the same time, it had some content and meaning that will be classic. Classic was the goal, though, you could listen to it 10 years from now and be like “yeah, that’s my shit”.

Eccentric. I feel like my style is eccentric. I pull off different things together from the places I have been. I love cowboy boots and I love jewellery. My family is from Panama, so I’ve got a real gold tooth because that’s the culture of Panama. I was so excited to get my gold tooth; it compliments my style and it’s still 90s. It just works. I’m influenced by rock, hip-hop, country music and soul so my style definitely reflects all that too. 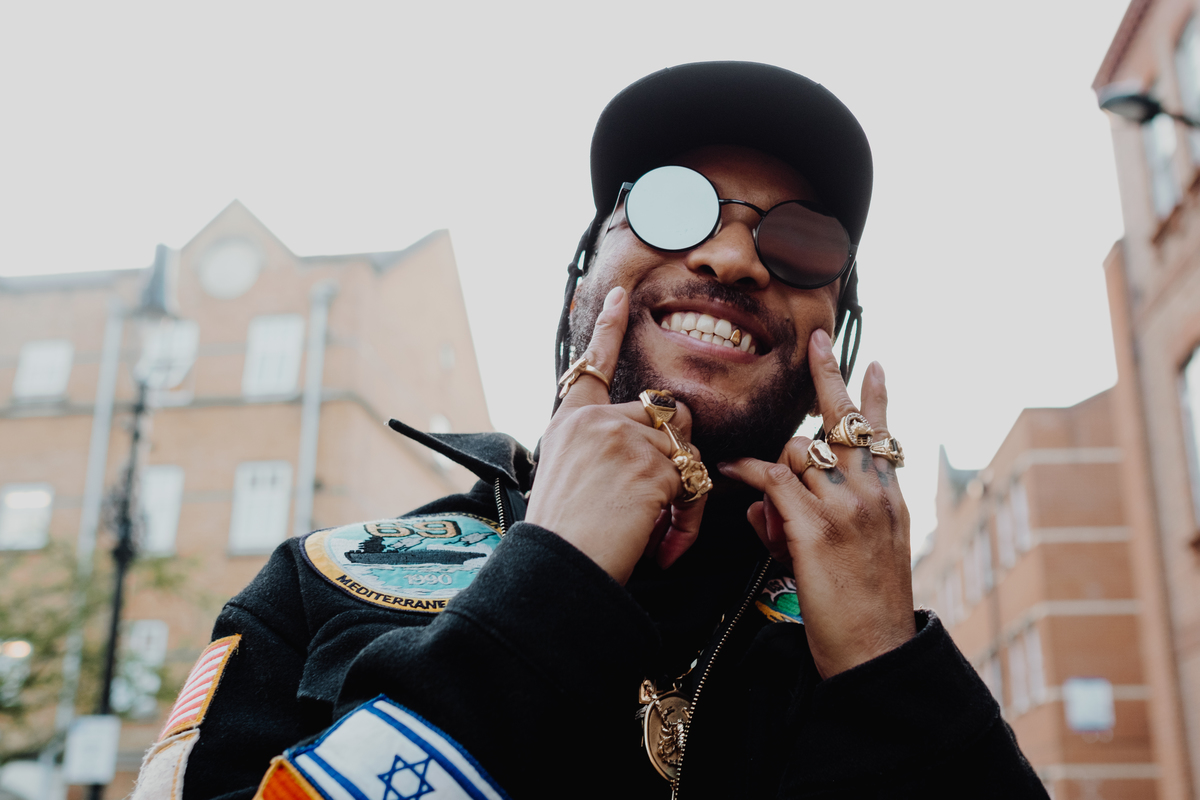 Do you have any icons that you look up to in terms of music and fashion?

Yeah, I do, I looked up to Prince, I think Prince was amazing with music, his style, and his “I don’t give a shit” personality. His artistry was amazing, you know. I look at all the greats like Stevie Wonder, D’Angelo. I look up to Lauryn Hill, Andre 3000 and I think Pharrell is amazing. I encompassed all of these in style and music. I love Outkast and of course Michael Jackson; I loved his style. I just appreciate people doing their own thing and I have my own thing. I definitely don’t want to copy.

I’ve got a couple. Dries Van Noten is a very amazing brand, YSL– I love what they’re doing right now and Givenchy are doing some great things. Balmain, Off-White and Gucci are doing dope stuff. I’m about to put out a brand. I’ve been working on my own one. It should be out towards the end of the summer and I’ll start releasing some stuff and some collaborations.

How have you grown as a musician?

I’ve grown a great deal. I feel like when I first started I was definitely wild but also definitely reserved and to myself. I feel like now I know myself ultimately, I know me and nobody can tell me any different, so knowing myself and knowing myself as an artist works hand in hand. You’ve always got people trying to tell you what you should and shouldn’t do, who you should be or be like, or sound like and so as an artist I’ve just grown into my confidence knowing that there is nobody like me. I have my own sound and no one can tell me anything different. 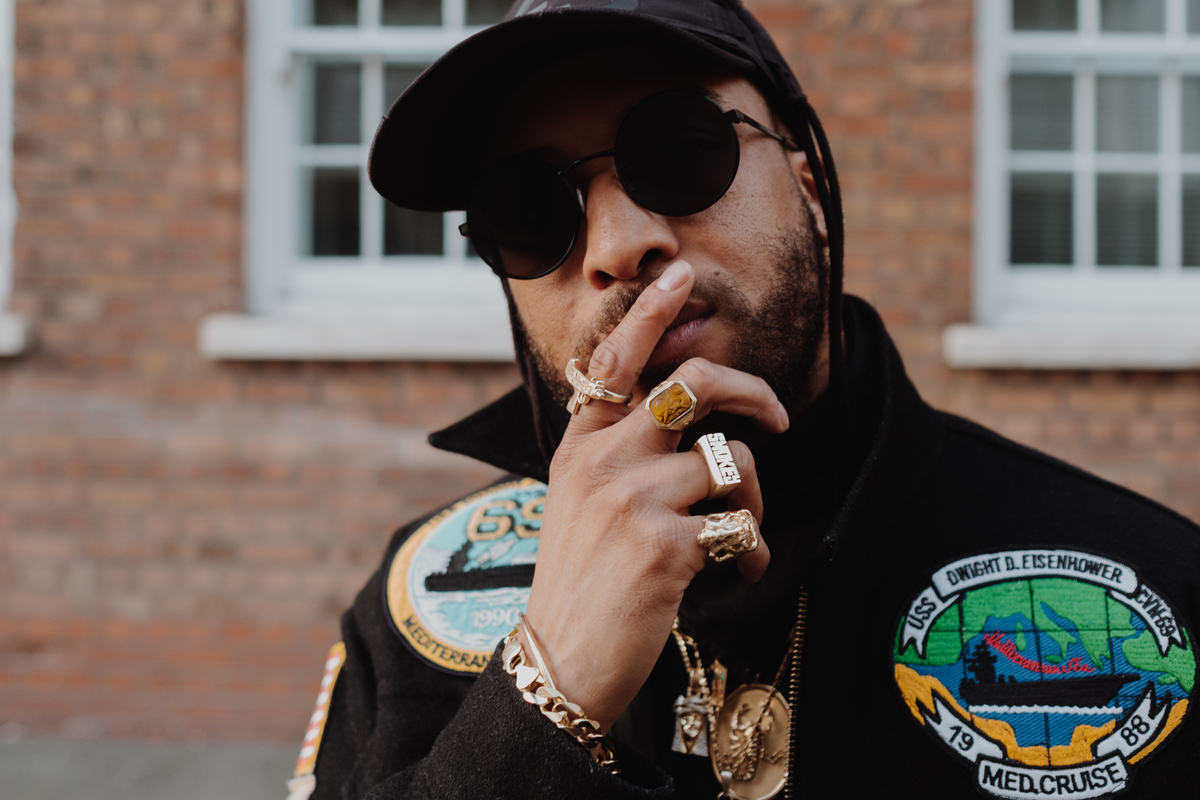 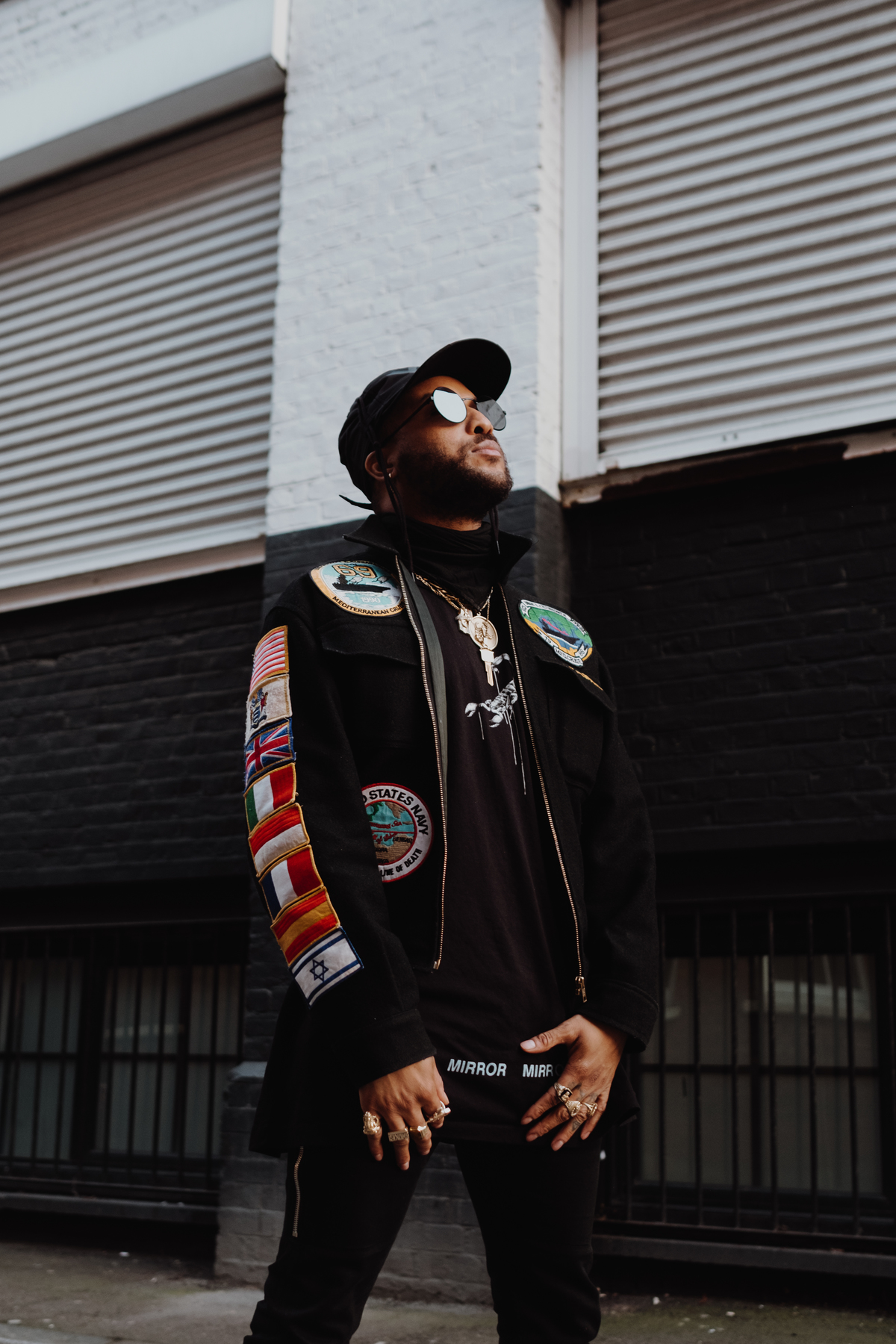 What is your goal for your music?

To inspire the world; to influence the world; to encourage people when they are hopeless. I feel like music has the ability to do that. With my lyrics to help people grow and inspire love most of all. I feel like that is what is missing in music. Nobody is really talking about love. They’re saying I want to fuck you, flirt with you. They talk about one-night stands and that is not love. That is all a reality but when it comes to music I want to talk about love because that lasts forever.