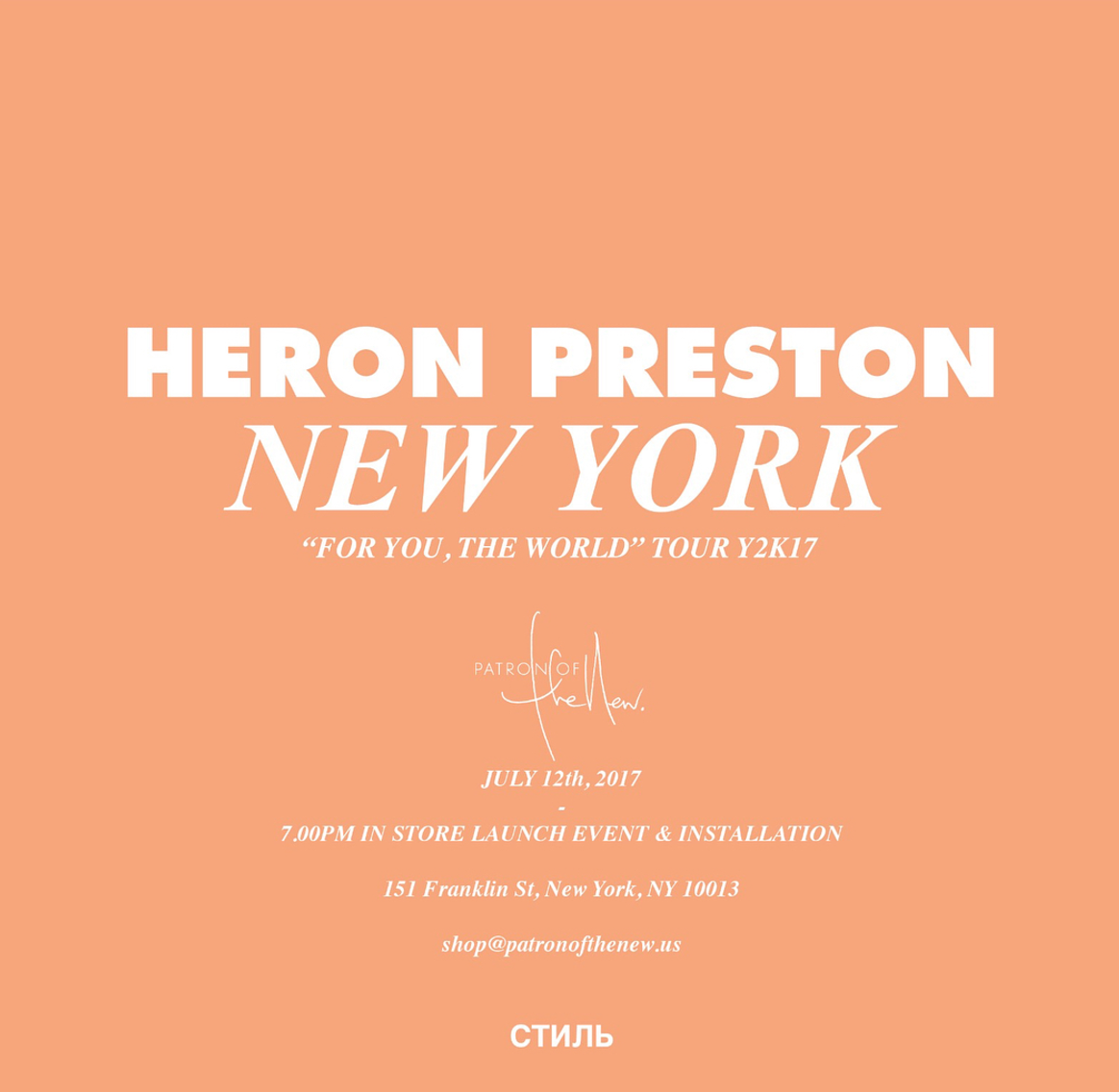 After his collection debuted earlier this year, New York label Heron Preston has announced an upcoming pop-up shop for the heart of NYC.

The space will open up following a commemorative release party on July 12, a celebration open to the public that coincides with the designer’s “For You, The World” tour.

While no further details about the pop-up have been released, we’re hoping some exclusive merchandise will hit the store when it opens at 151 Franklin Street in New York City.

We’ll keep you posted for any new information that comes our way.