The luxury fashion house, sportswear giants and music mogul may be collaborating. 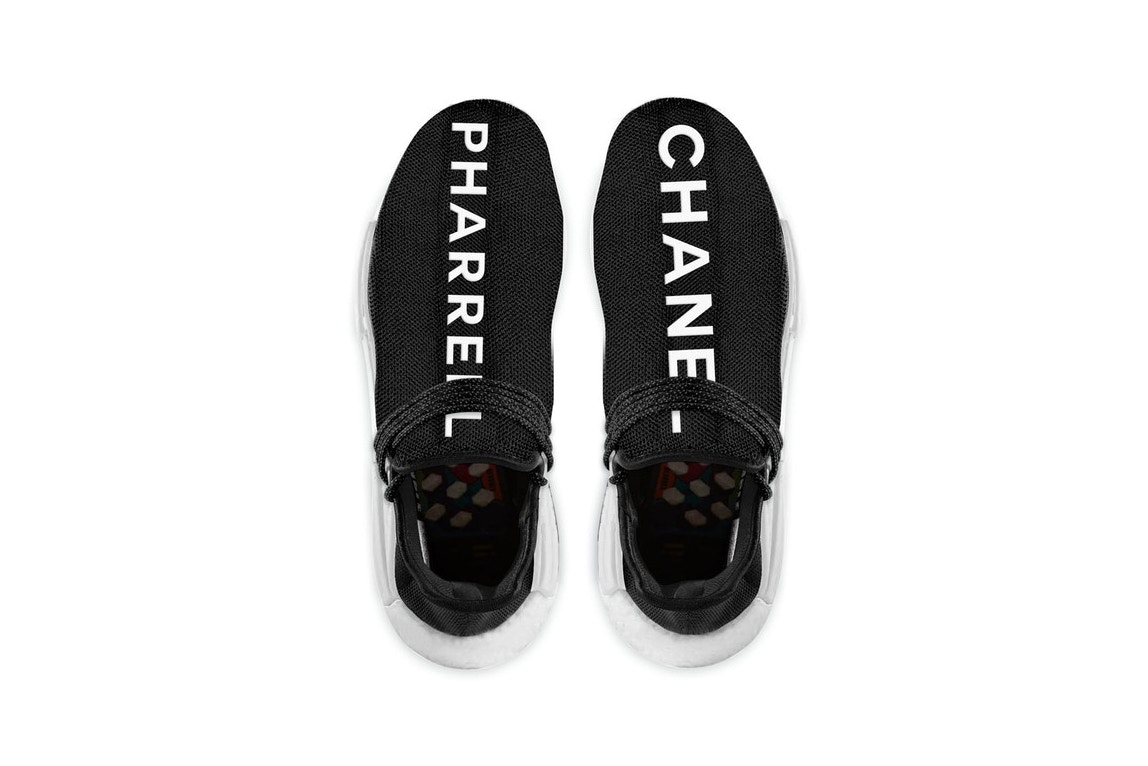 Pharrell Williams is no stranger to sneaker collaborations, and in the past few months countless releases have flooded the community and he is back again with another one, this time working with French high-end fashion giants Chanel, and the tried and tested adidas Originals.

The leaked images of the possible collab, appear to show an unreleased Hu NMD Trail silhouette, which features a black prime-knit upper, a BOOST midsole, as well as the stand out “CHANEL” and “PHARRELL” embroidery on each shoe – following the same model as the 2016 “HUMAN RACE” release.

If the rumours are true, it wouldn’t be the first time the fashion and music giant has worked with either brand, as in addition to the long-term partnership Pharrell has had with adidas since 2014, earlier this year he also appeared in Chanel’s Gabrielle bag campaign video.

Various sources, including Yeezy Mafia, have hinted the release can be expected soon, but on highly limited release terms and a very expensive retail price. Although the leaked pictures are only mock-ups – considering the history between the three brands, the idea of these realistically releasing in the future, isn’t completely out of the question. 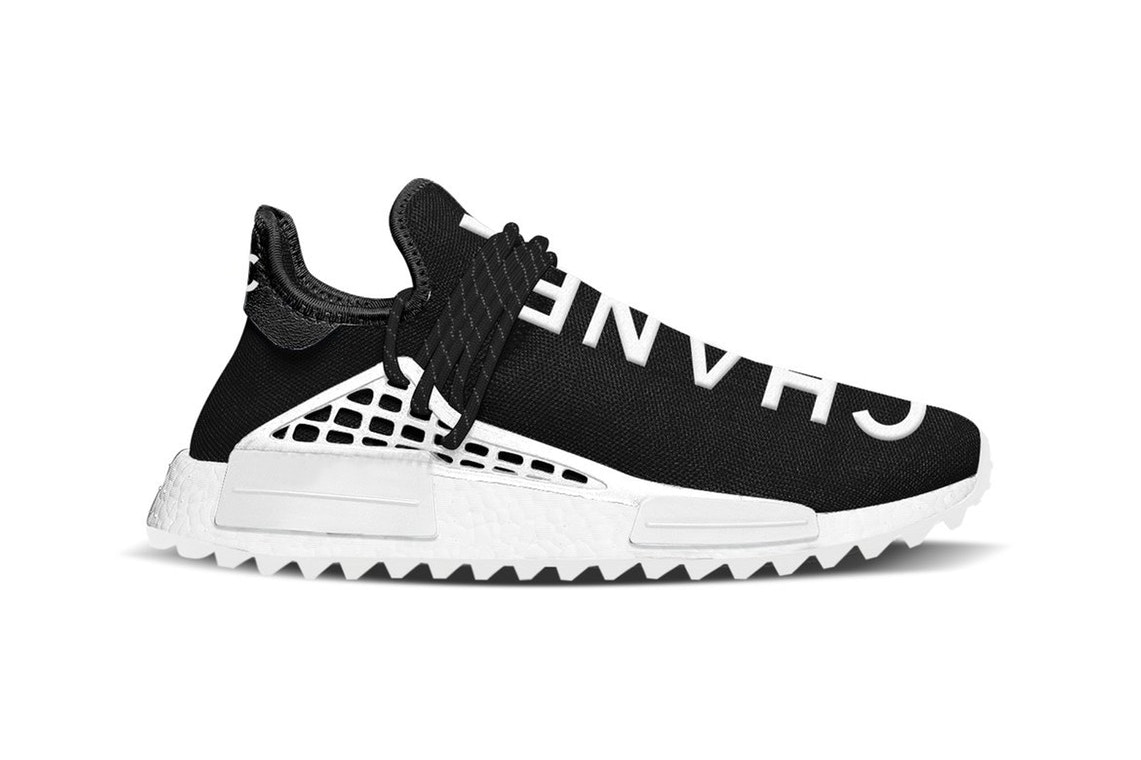