A range of limited edition T-shirts and posters available.

The fourth instalment of the Helmut Lang artist series features American photographer Leigh Ledare. A capsule of T-shirts and posters including three works taken from Leigh’s 2008 series Personal Commissions. Through the art series, Leigh answered personal ads from women and paid them to take photographs of himself. He allowed them to choose the location and give them free reign with the artistic direction of the images.

For this series of photographs, Leigh explored “Women Seeking Men” ads placed by women who as well as looking for companionship also expected to receive financial compensation in return for their romantic relations. Leigh explains:

“I commissioned [these women] to direct and photograph me however they desired […] using myself as a cipher rendered a series of indirect portraits which preserved these women’s anonymity in line with their original advertisements. These individuals were revealed nonetheless through the affects of their decor, their decisions in directing me, and their initial ads, which served as their own self-description into this economy of desire.” 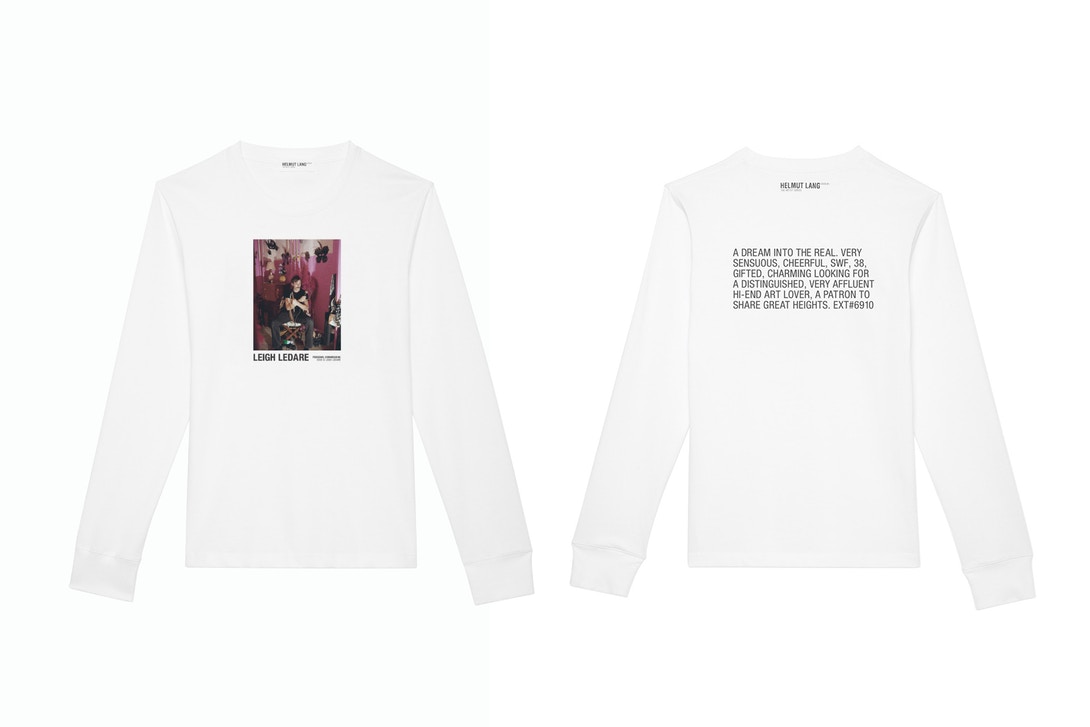 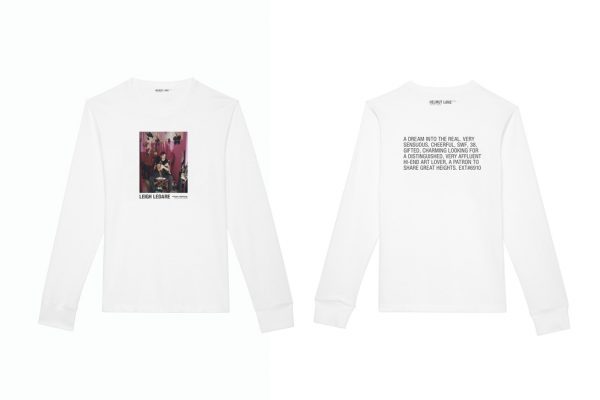 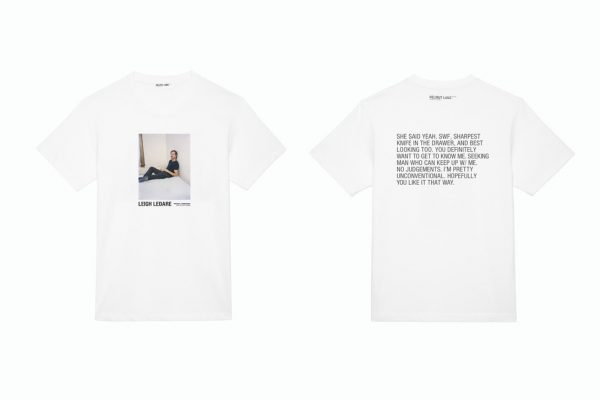 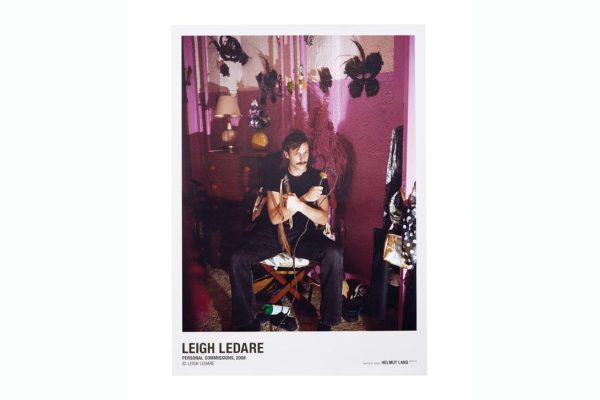 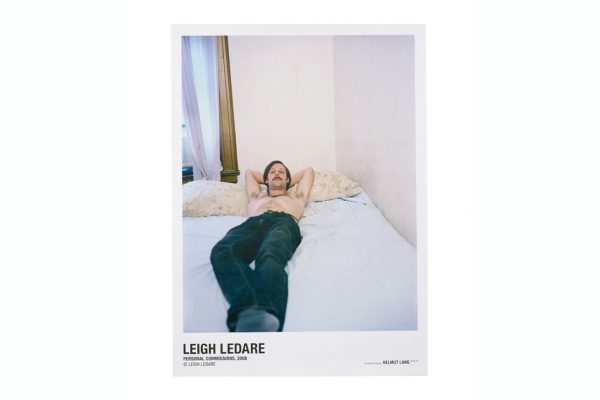 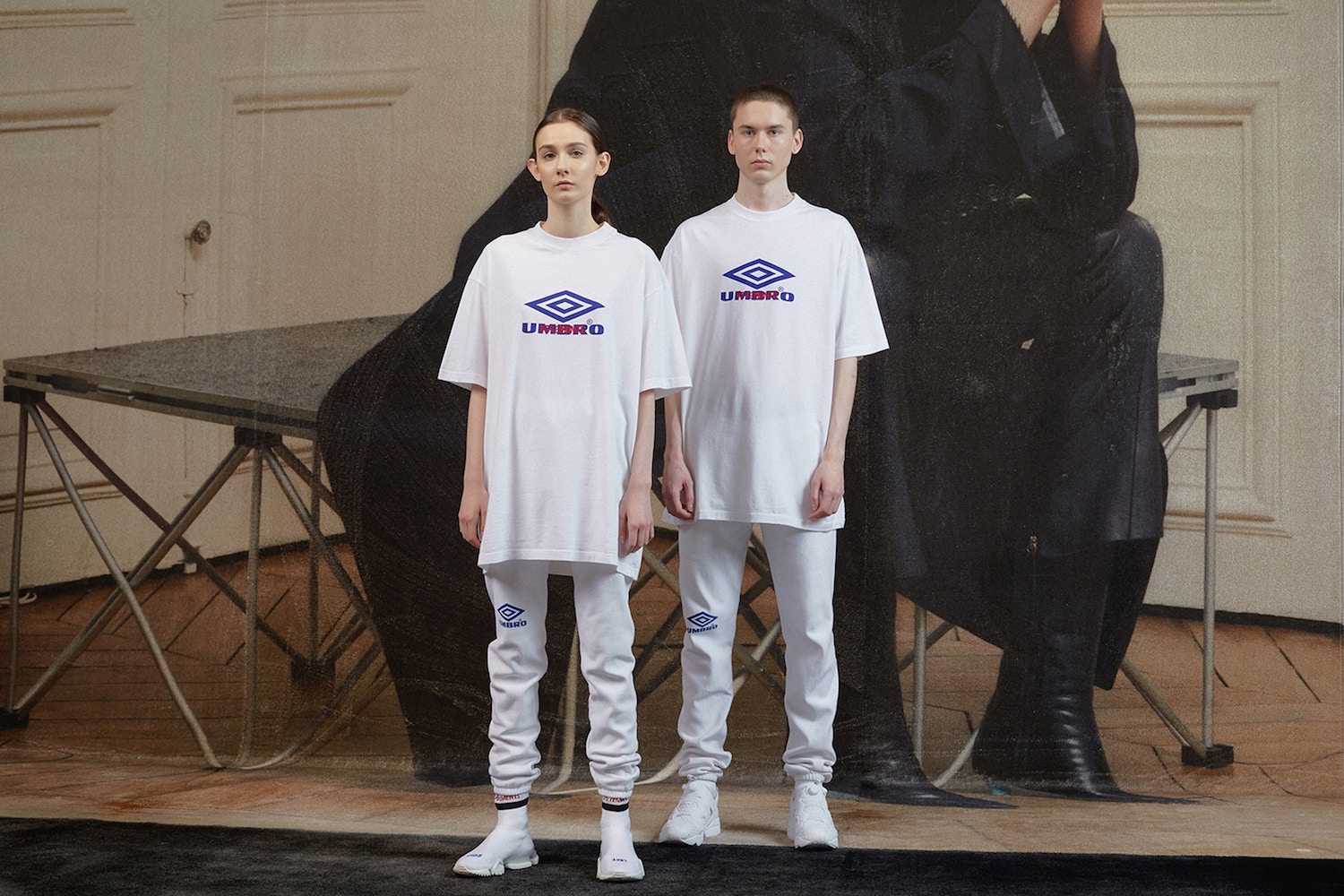