The American rapper, singer, songwriter, record producer, and film producer, Pharrell Lanscilo Williams, better known as just ‘Pharrell’ has taken to his Instagram to flex his fit while visiting Beverly Hills to dine at the 5-star luxury tower hotel designed by Pierre-Yves Rochon.

The never ageing creative has appeared to dress for the warmer months via the use of a basic white tee on top of a pair of exotic leopard print shorts. As well as this Skateboard P opted for some high-riding socks and then turned to his own creative outputs when it came to his footwear choice as he wore his trusty pair of Pharrell x adidas NMD Hu Trail Blank Canvas sneakers. Take a look at his fit opposite, if you like the look of his pieces click the following buttons to pick up them. 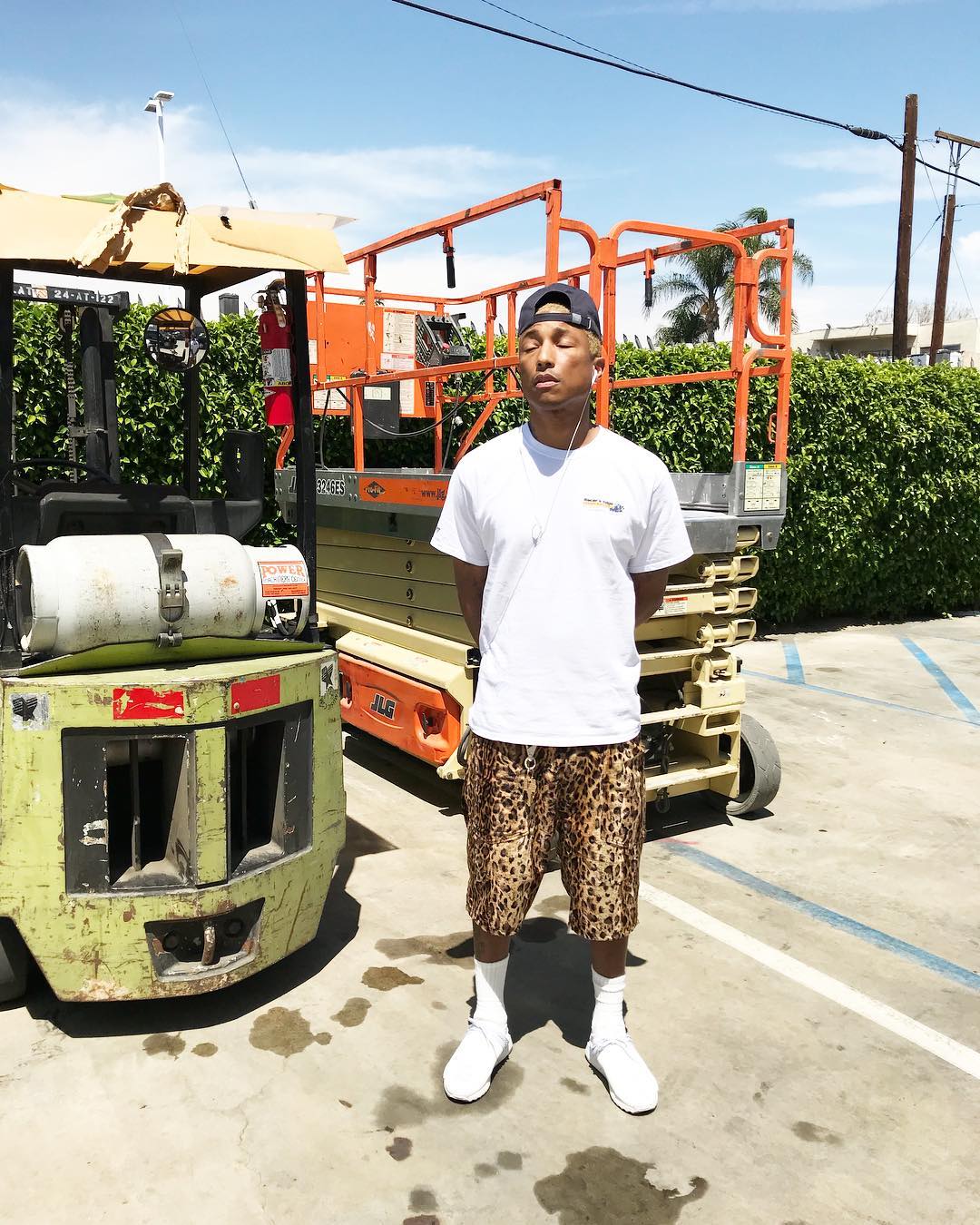 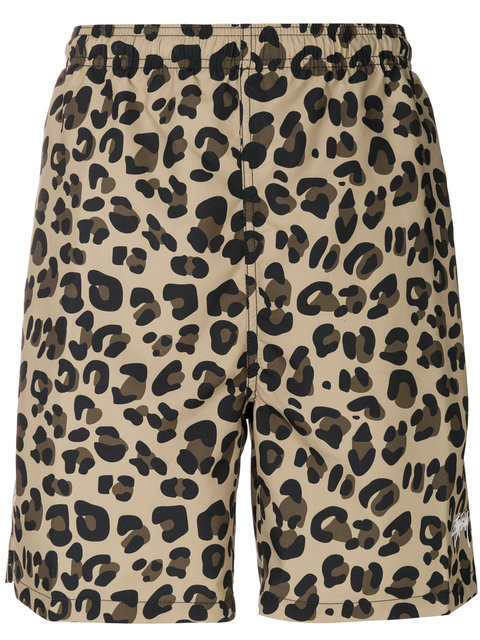 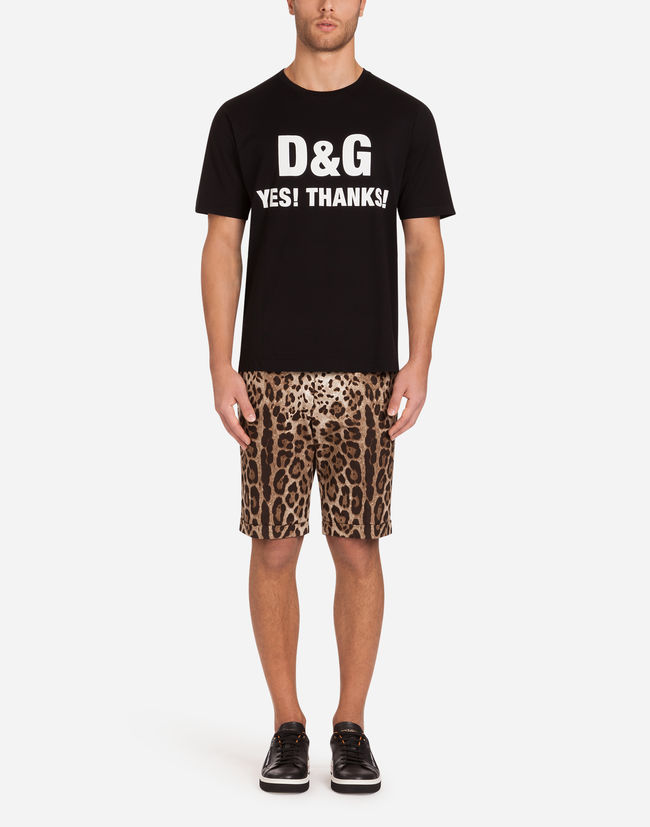 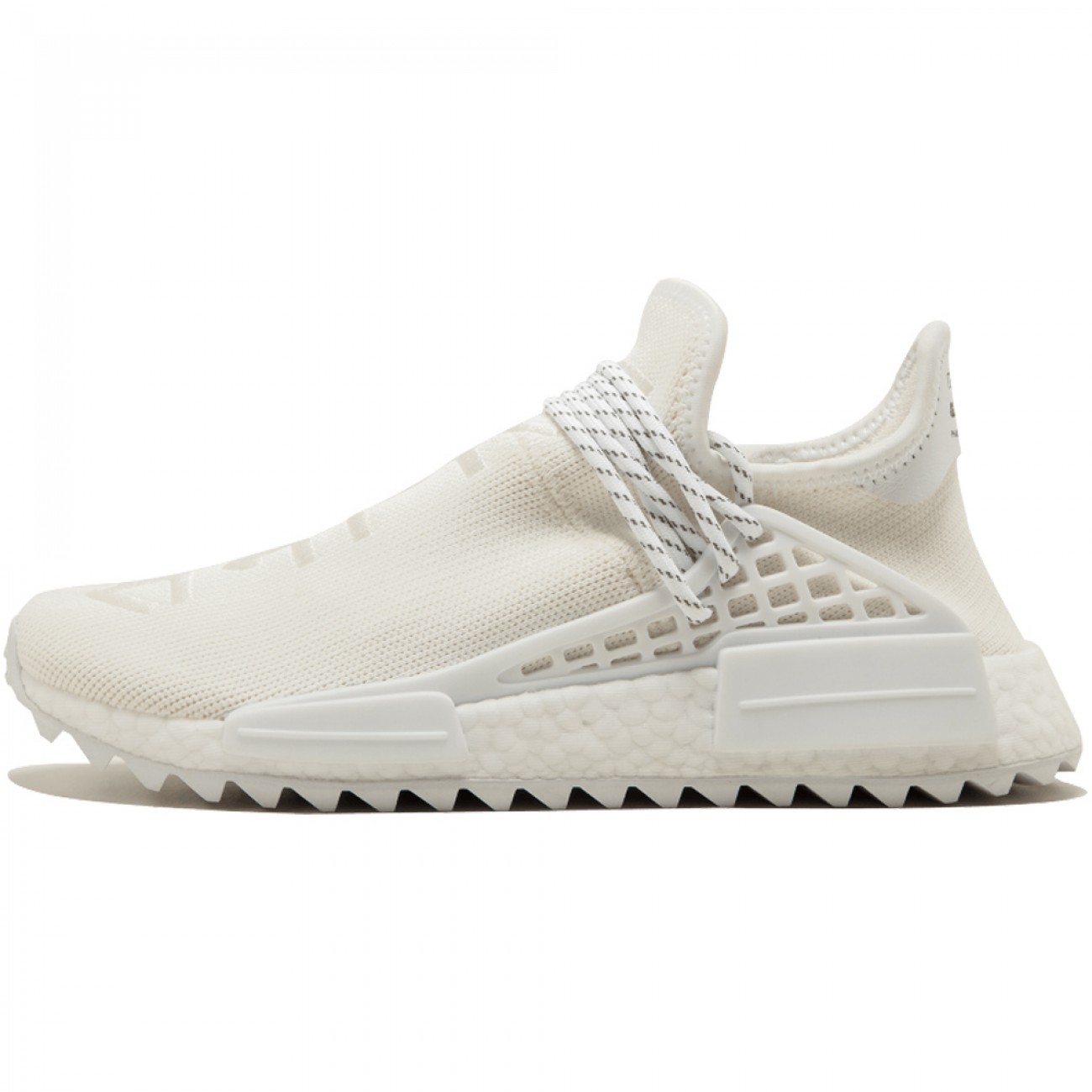 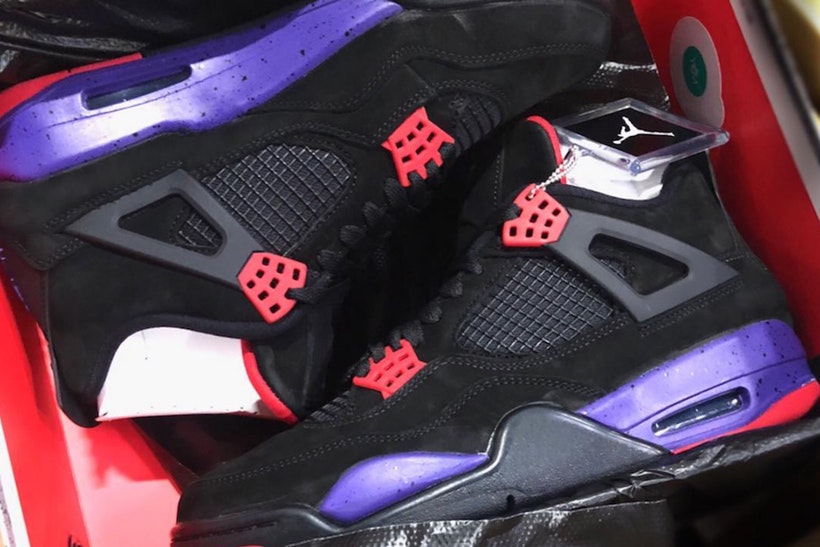