The iconic Japenese streetwear label that is BAPE has been around for a while, consequently meaning that you would expect the brand to have already appeared here, there and everywhere when it comes to being stocked. However, rather surprisingly BAPE has remained strict when it comes to who they allow selling on their behalf, hence why many countries and cities fall short when it comes to selling the coveted offerings.

However, one country who is about to turn that around is Russia as Tortato, the fashion director for menswear and e-commerce at Moscow’s Tsum department store, has brought the brand in and had celebrated that fact via a special pop-up shop that features a camo-covered Bentley.

When speaking on the topic, Tortato had this to say: “I can feel that Bape today is at its peak,” adding “Everyone wants it. I was even more convinced when I started seeing the famous Bape shark hoodie here in Moscow, and I am sure that Bape will outperform when our client will have the access to it.” 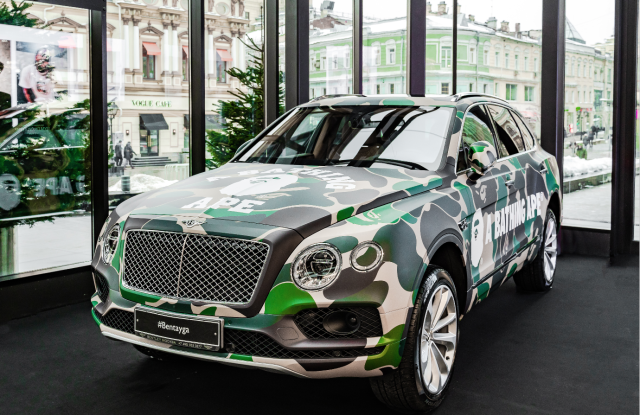