Continuing our #AtHome With PAUSE series, we took to Zoom to for a quick Q&A with the G4 Boyz to talk music, heritage, fashion & getting through Lockdown. See the exclusive feature below: 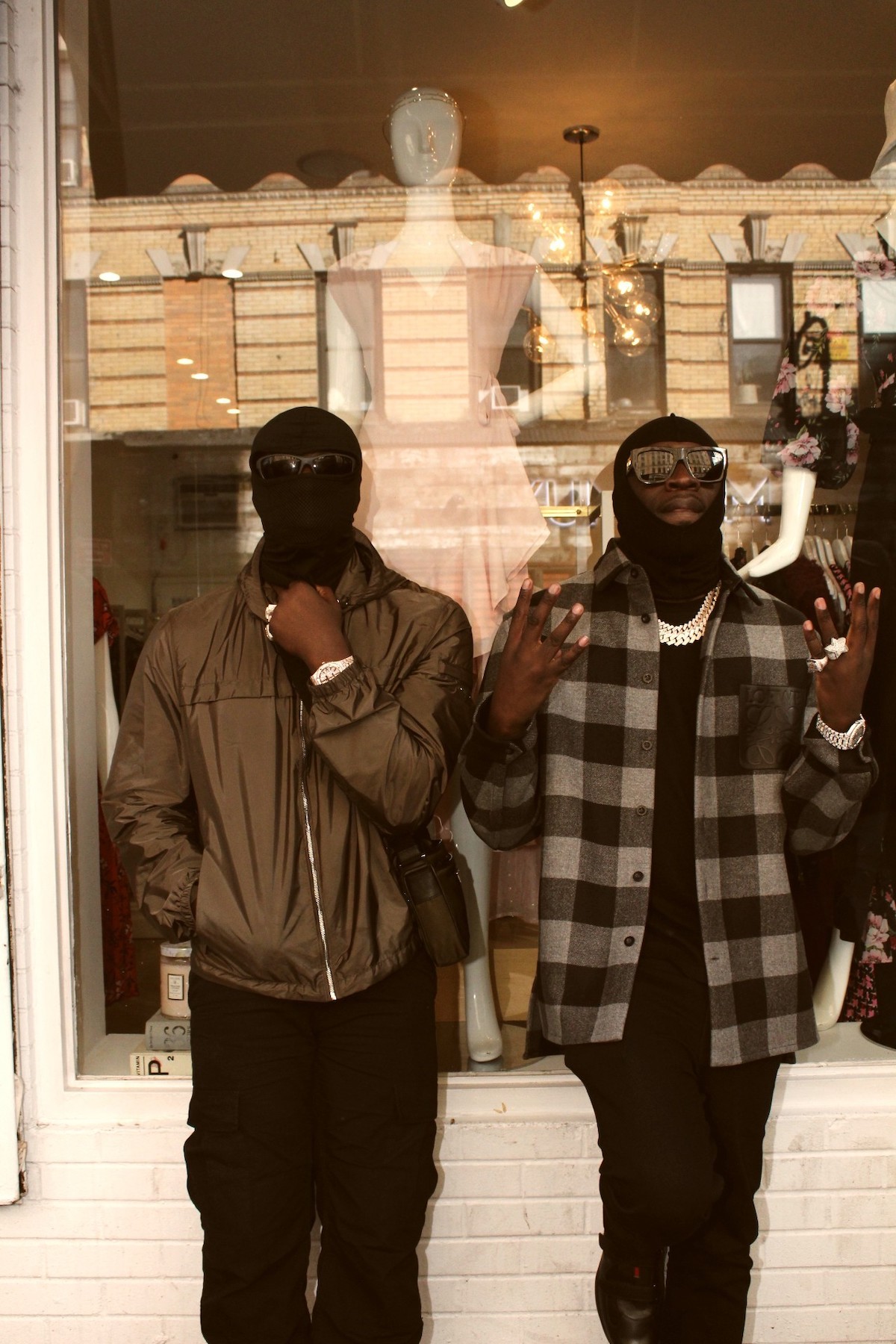 So the most obvious place to start is for me to ask how are you guys coping with this lockdown period the world is in right now?

Obviously, we’re here in London right now, what are things like in America with this pandemic?

IB: I dunno about you, but we still outside! New York never sleeps, it’s crazy! If people followed the instructions properly, I’m sure we would’ve been allowed outside quicker! The whole city is wearing masks now and it’s kinda weird man. Like a zombie land!

You mentioned God a little earlier, would you say that’s a major part of your life and who you are?

IB: Man, God has always been a part of our lives growing up. Especially throughout the various trials and tribulations; you just know that you’re put on this earth for a purpose and have something to achieve and accomplish. That’s why we don’t play around with our faith. So it’s all glory to God!

You guys have Nigerian and Ghanian heritage, would you say it’s important to show that in the music you make?

IB: Man, it’s a very big factor. Just coming from New York projects, it’s crazy because we always took pride in being African. Before, people used to claim being from Jamaica because of the stigma of being African but then we realised how fly Nigerians were. The food is better, the style is better. We have to rep it and embrace it. 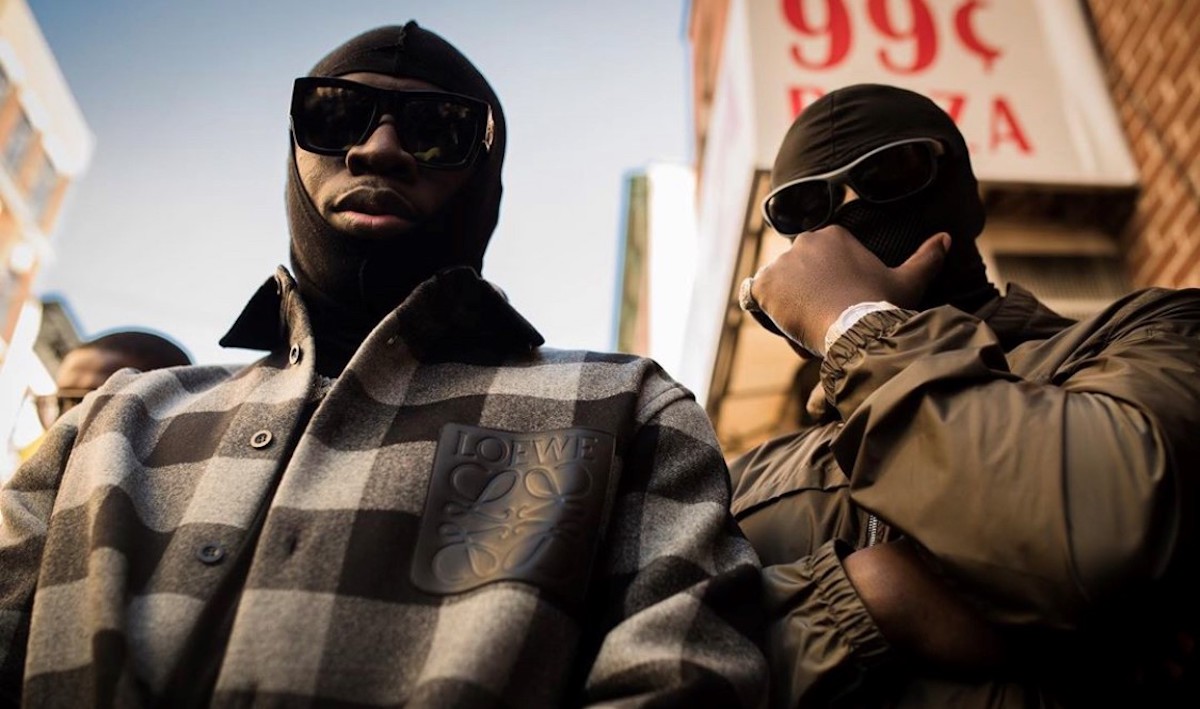 Let’s talk about food then, what’s your favourite African dish?

BUGGY: Gotta be peanut butter soup, from my Ghanaian side. It’s my thing!

IB: For me, I love Shish Kebab. I also love Eba, with some Okra Soup! I love spicy food man!

Where did the name ‘G4 Boyz’ come from?

IB: So in school, me and my brother, we were always the fly dudes with the Prada’s and the Gucci. One time a chick in the hallway, said “Damn, you so fly like a G4”. I went and googled what a G4 was, and realised it was a private jet and then the name stuck.

So Ice, I can see something glistening on your pinky right now. Let’s talk about the jewels for a quick second!

IB: OHHHH! OKAY! OKAY! Right here, this is a star, but nobody else has this quality or this size! This right here is a pure VVS Diamond stone, you feel me! And on the other hand, we have the G4 range, shout out Shine Jewellers! Something light!

‘Local Scammer’ is popping off right now, the Tik Toks are going crazy how did that song come about? Did you expect it to be so big?

IB: With us, when it comes to doing things, we wanna do it differently. We don’t wanna copy anyone else’s wave. It was even done last year, we just never released it. Drill is popping right now but certain things in the UK just won’t cross over to the US and we wanted to be the ones to change that gap.

BUGGY: We have always been in tune with UK Culture, I know a lot of people be jumping on it now but we were the first ones. We dropped a tune with Blade Brown in 2016. The UK has always shown wild love for us.

Why do you think there’s always a back and forth between UK Drill and US Drill?

BUGGY: Drill obviously started in Chicago with Chief Keef and then migrated to New York with Bobby Shmurda and then the UK took the energy and put your own spin on it. Now everyone’s just taking different pieces from the pot. 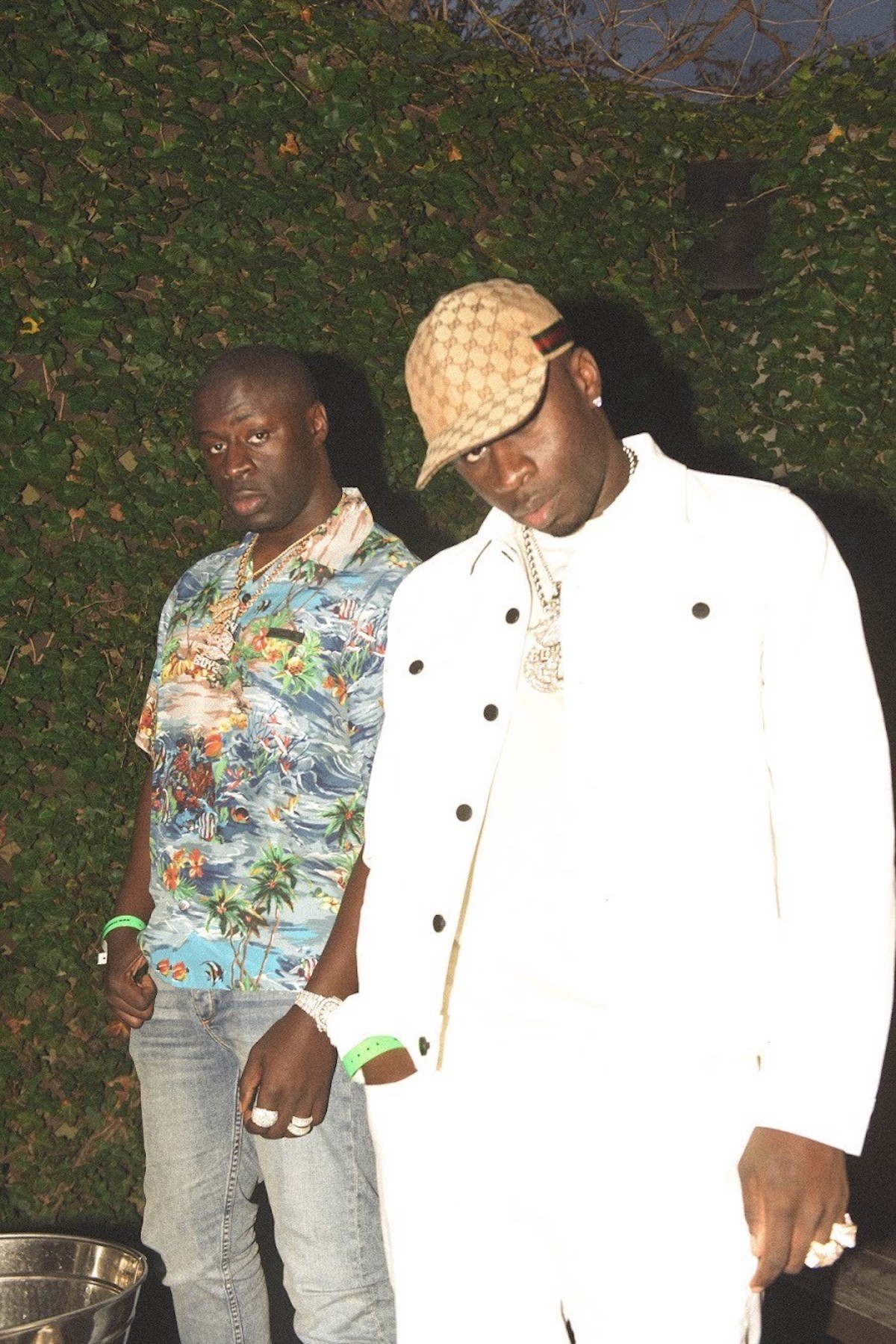 You guys come to London a lot, what’s your favourite thing about the city?

IB: I’m annoyed because I ain’t got a chance to really explore the city like that because we were in out. But, I got a lot of family out there and made a lot of money in the UK, I love the fashion and I love the culture. The UK was the first place we went overseas and shut it down!

Let’s talk fashion briefly, I see you wearing the Prada right now and you dropped a tune called ‘New Channel’ last year, what’s your favourite brand at the moment?

IB: We the Prada Boys! G4 Boys are the original Prada Boys, that’s what it is! Then we got Ortega, Marni, Stella McCarthy, so many. By the way, I love London fashion, you guys are dope!

Ice, why is Bill Gates your display picture on Instagram?

IB: I’m a different type of guy man. When it comes to other types of people, they like to watch Jay-Z, Drake and I study people like Bill Gates because I’m trying to figure out how the man got a billion dollars. What is his set up? I wanna learn more every day.

What’s the first thing you guys are going to do when Quarantine is over?

BUGGY: Same here man, we were planning a little tour but we gotta come back and shut it down properly! We coming back! 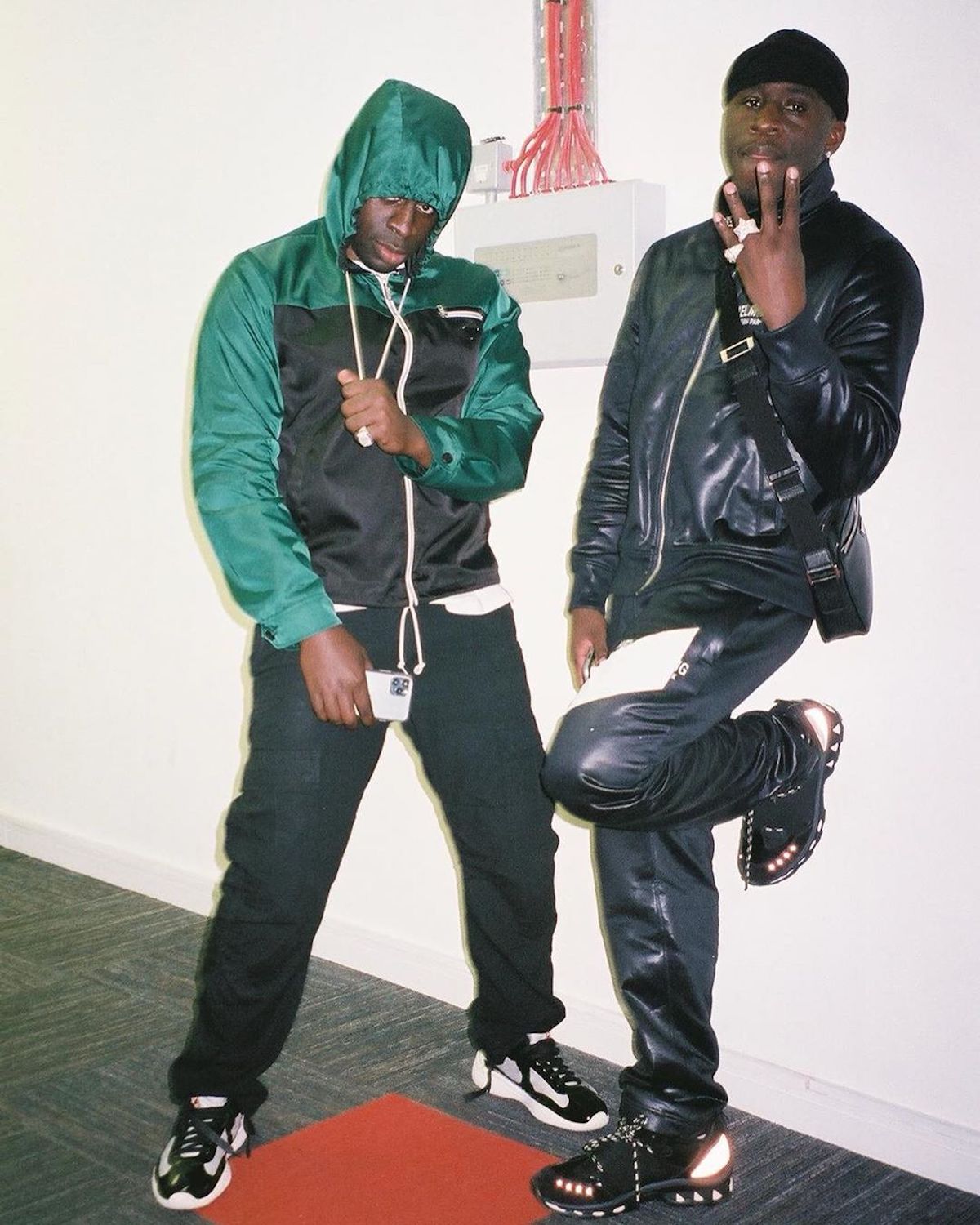 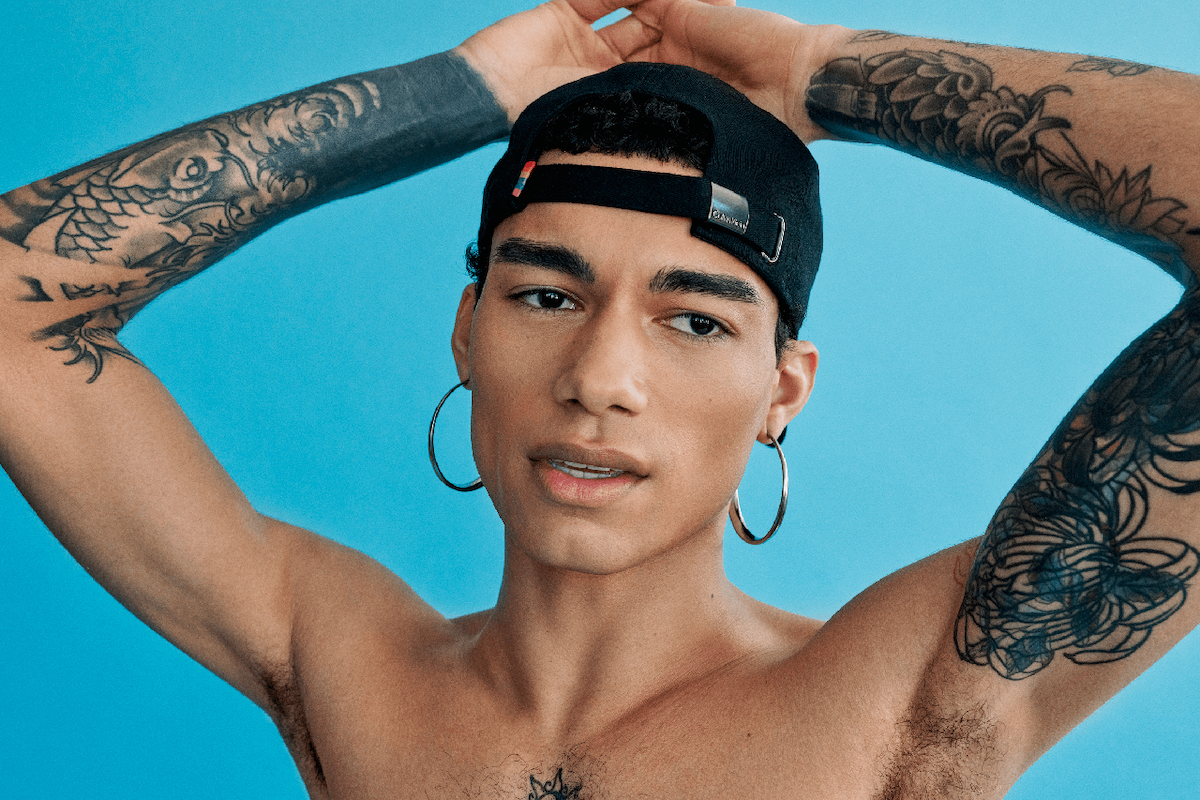