The start of the year saw Dior and Nike’s Jordan brand reveal an apparel collection to accompany what is undeniably considered one of the most anticipated blends of streetwear and luxury. After its debut during Dior’s pre-fall 2020 show in Miami in December, the culture-defining concoction also celebrates the 35th anniversary of the release of the Air Jordan 1.

Jones expresses his longstanding fascination with the basketball brand, reminiscing back to his own childhood memories of the sporting giant. The Creative Director further explains that Dior’s rendition of the basketball shoe pays homage to its original from 1985, intricately replicating it as thoroughly as possible.

“This is the perfect collision of authenticity, from the court, from the game, and then you’re mixing this up with luxury and craft to a level, that has never been done before,” Jones says.

The visuals transition into clips showing the process and making of the shoe, revealing likenesses to how the handbag was made. The clips also reveal the Dior oblique placed under the sock-liner of both the shoes, a verification of the amount of detail and duteous design within the collaboration, using materials they have “never used before”.

Not only does the footwear exhibit meticulous design and quality, so does the attire. Tribute to the off-duty style carried by Michael Jordan, the French fashion house continue to steer away from the norm, offering a sleek blazer with a more oversized feel and a broad shoulder, along with the renowned baggy basketball short demonstrated with a more conditioned fit.

Other items include a silk bomber jacket and an Air Dior co-branded necktie. Vice President of Design, Martin Lotti, explains: “Jordan always had that sophistication as well as that street edge,” offering just that in their latest collaboration. 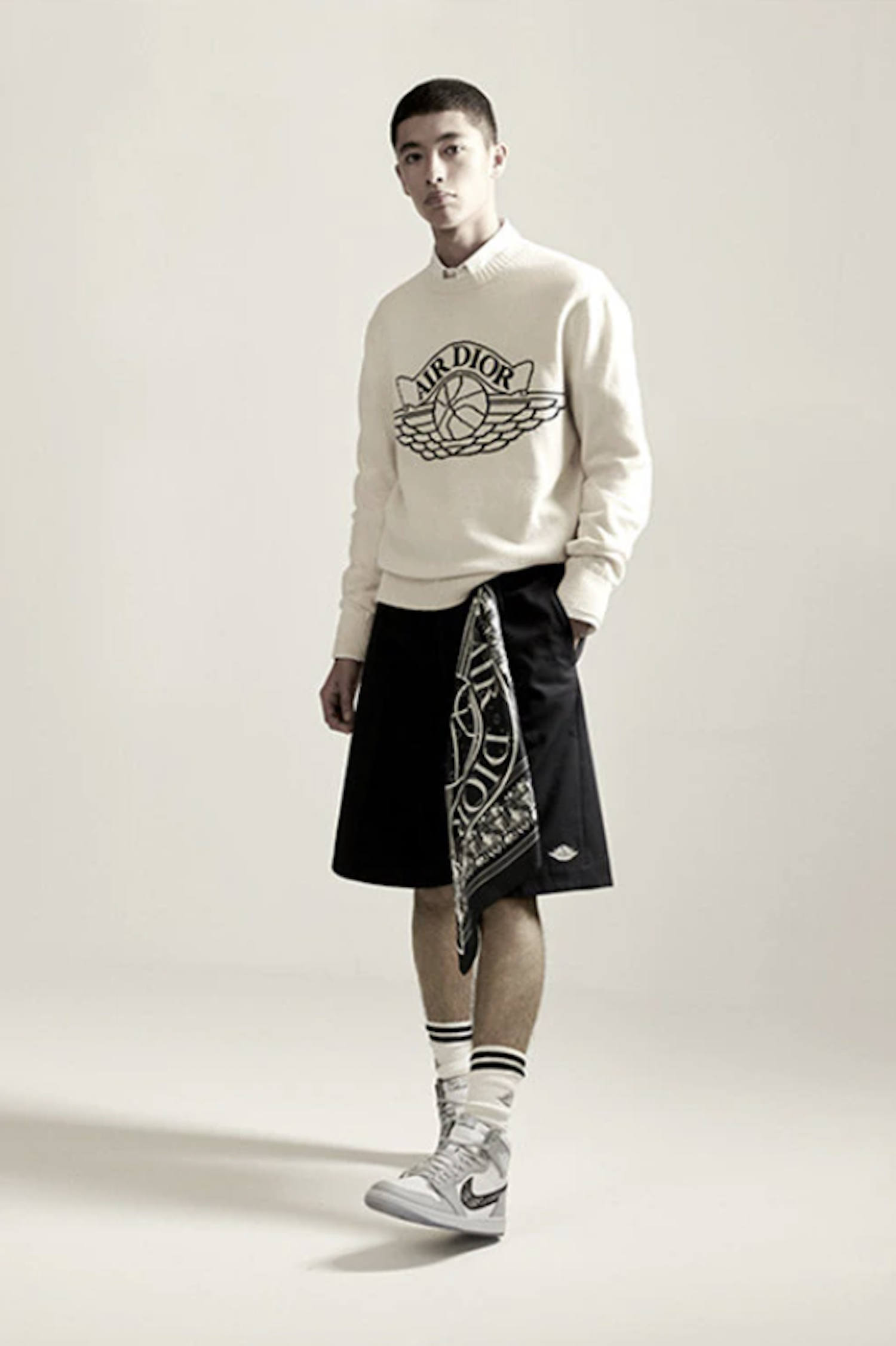 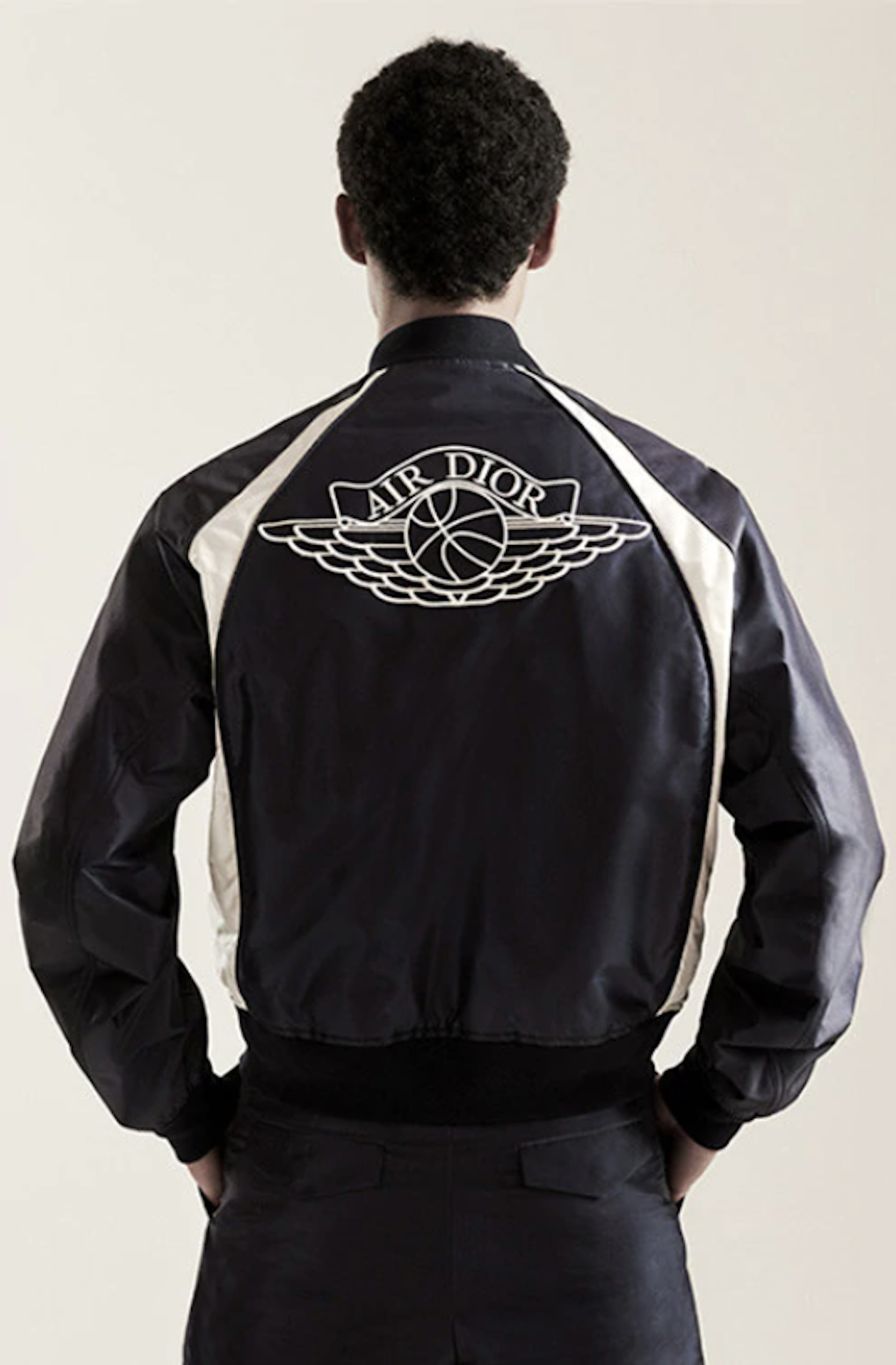 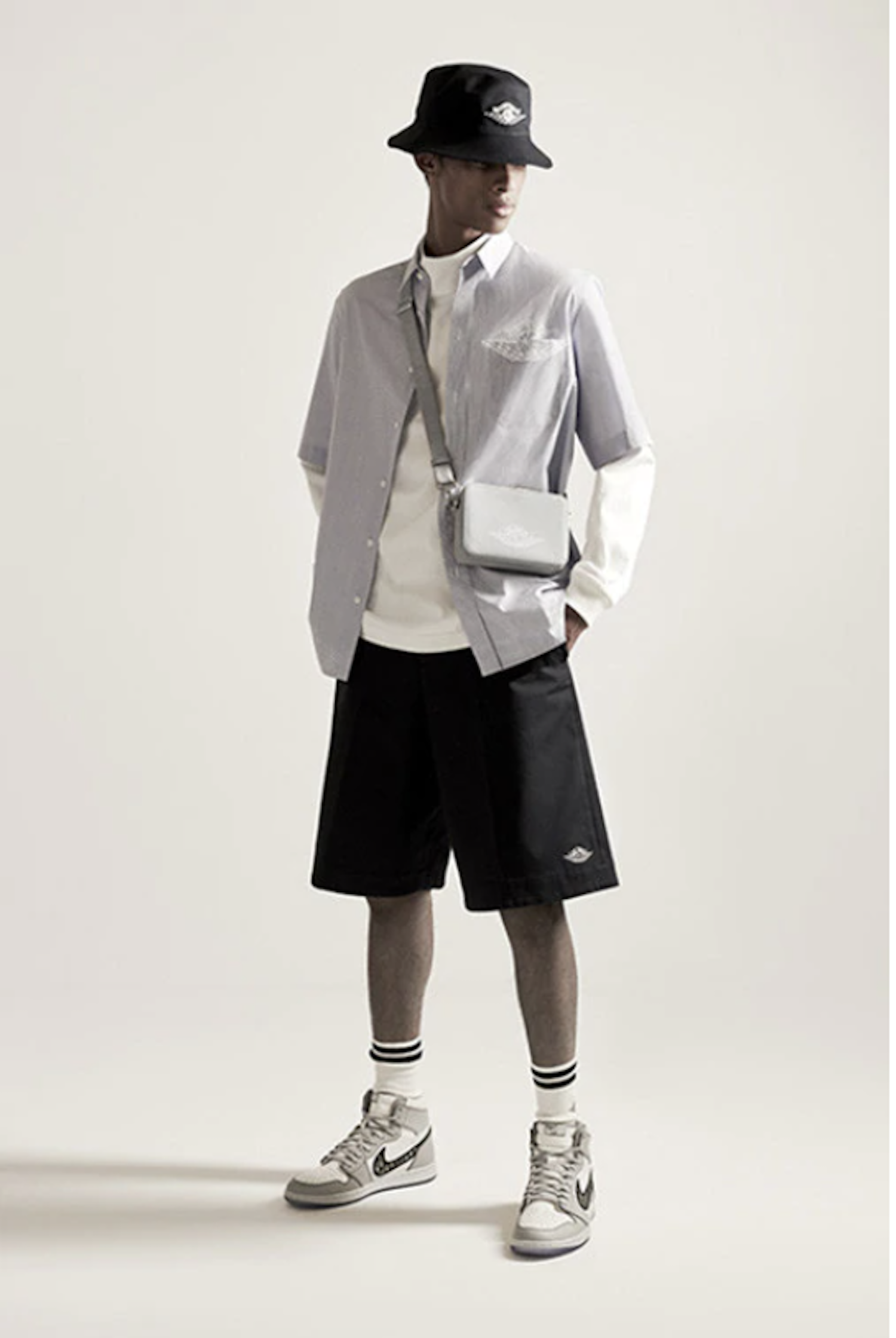 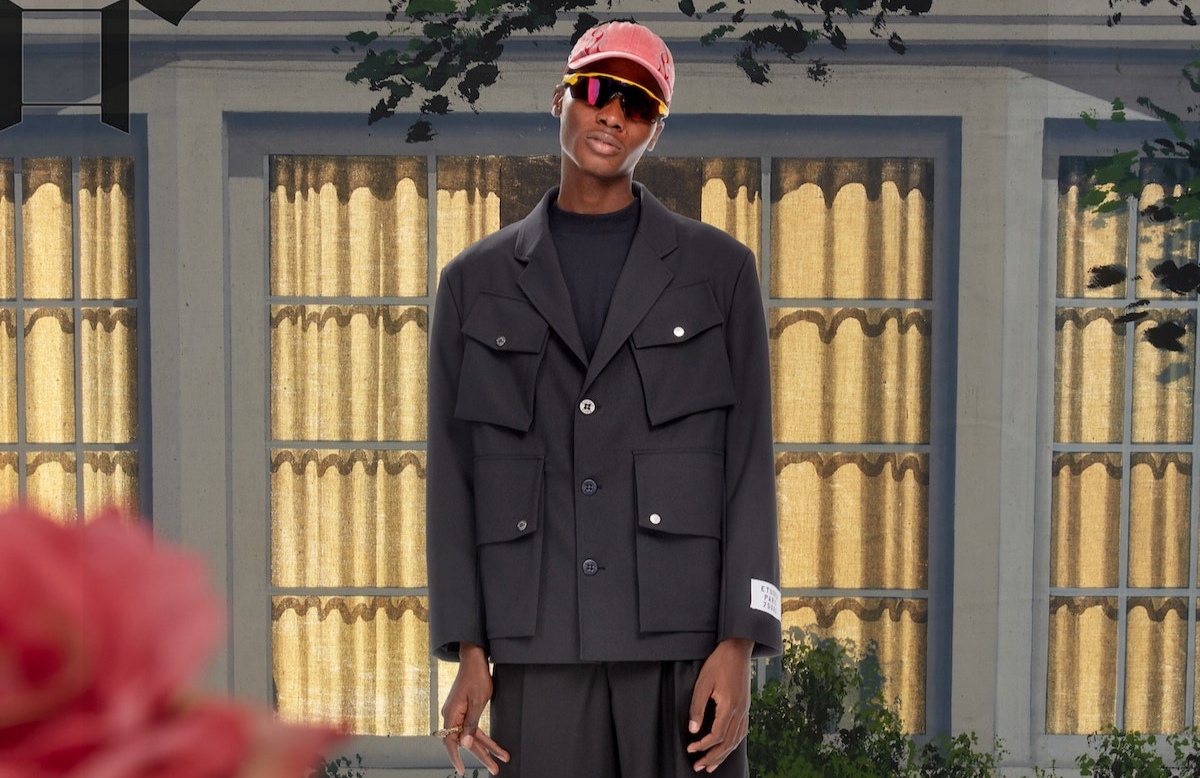