Celebrity stylist Boody Osiris has once again proven that he is ahead of the curve, wearing an outfit that is ridden with exclusive Chrome Hearts pieces. The New Yorker showed of his grail items, posing on a wooden chair also made by the brand.

Chrome Hearts is known for its exclusivity, created originally as a biker brand, the label’s unique leather goods and silver hardware has made it a vessel of hype. Having a knack for collaboration has also helped, which these Rick Owens Dunk sneakers exhibits.

Customised with silver Chrome Hearts branding on the tongue, these exclusive sneakers have been nicknamed the “dunks” since Rick Owens had to stop producing the sneaker when Nike filed a lawsuit claiming he had copied its basketball sneaker. The rarity of these shoes has made them a huge collector’s item – only one pair of these Chrome Hearts iterations are listed on Grailed with an asking price of $8,499 (around £6,700).

Osiris wore the rare sneakers with a pair of Chrome Hearts denim, matching the red logo detailing to the red bandana tied around his head, a belt also from the label and a white tank top. Accessorising with a bulky silver necklace, bracelet and watch. 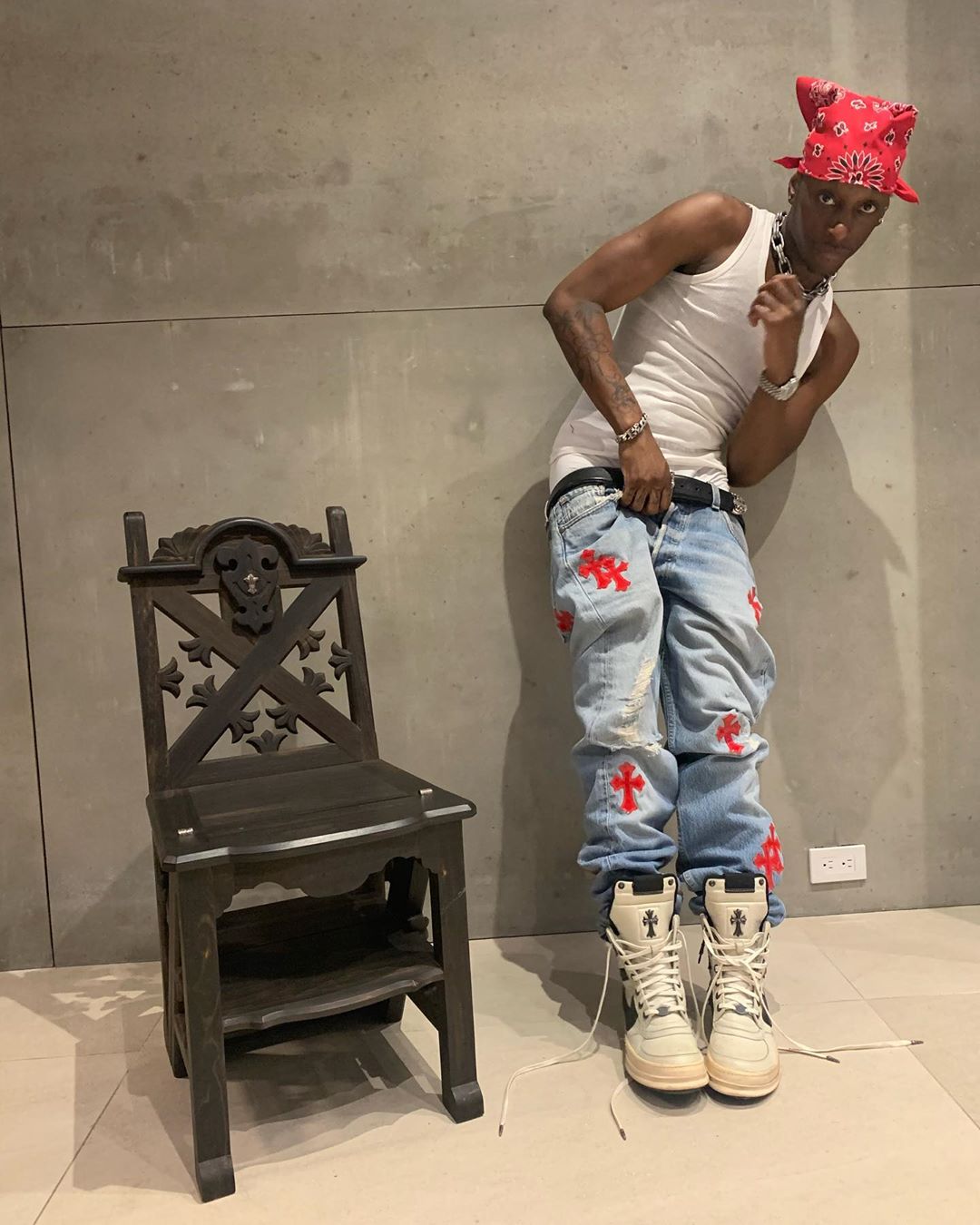 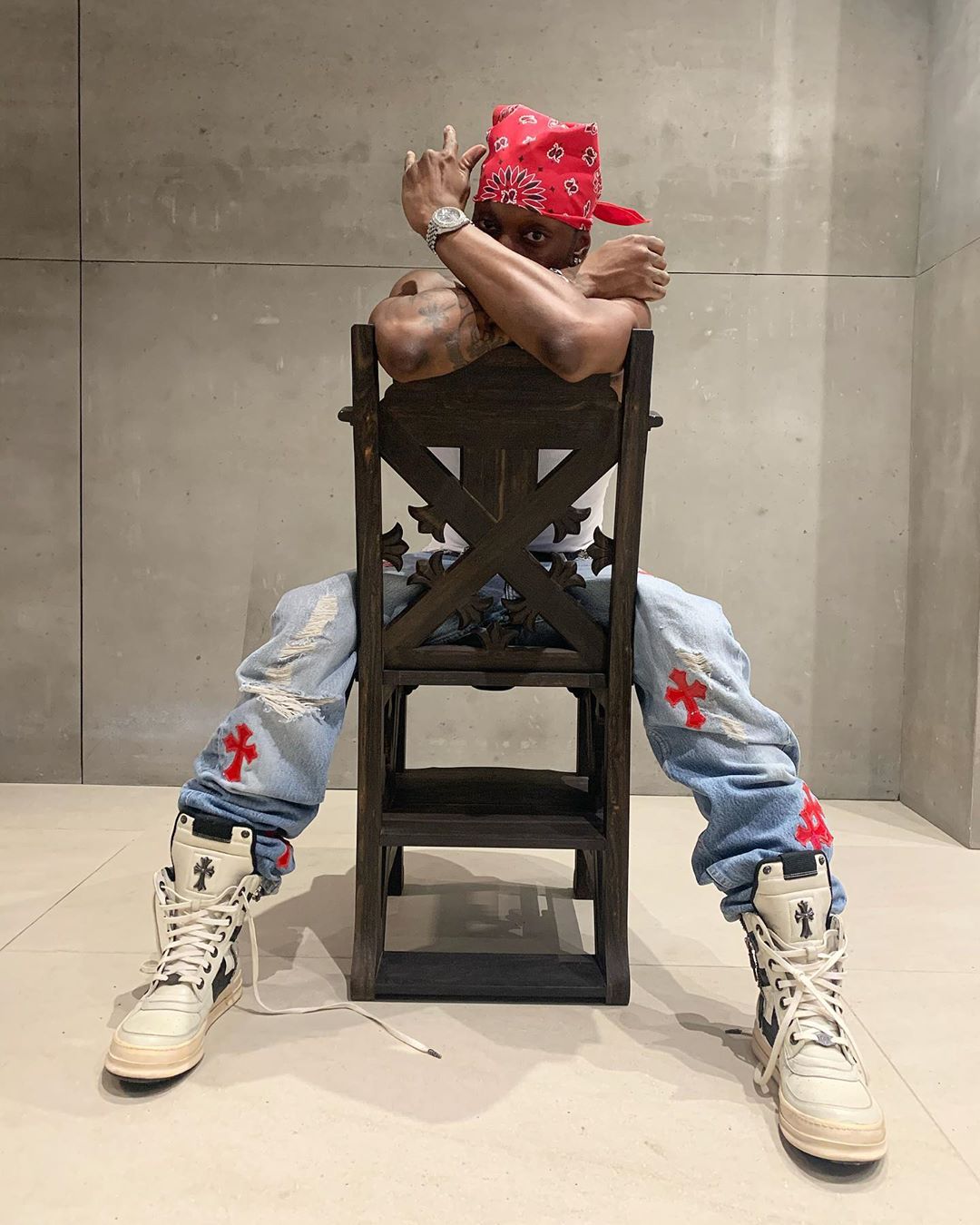 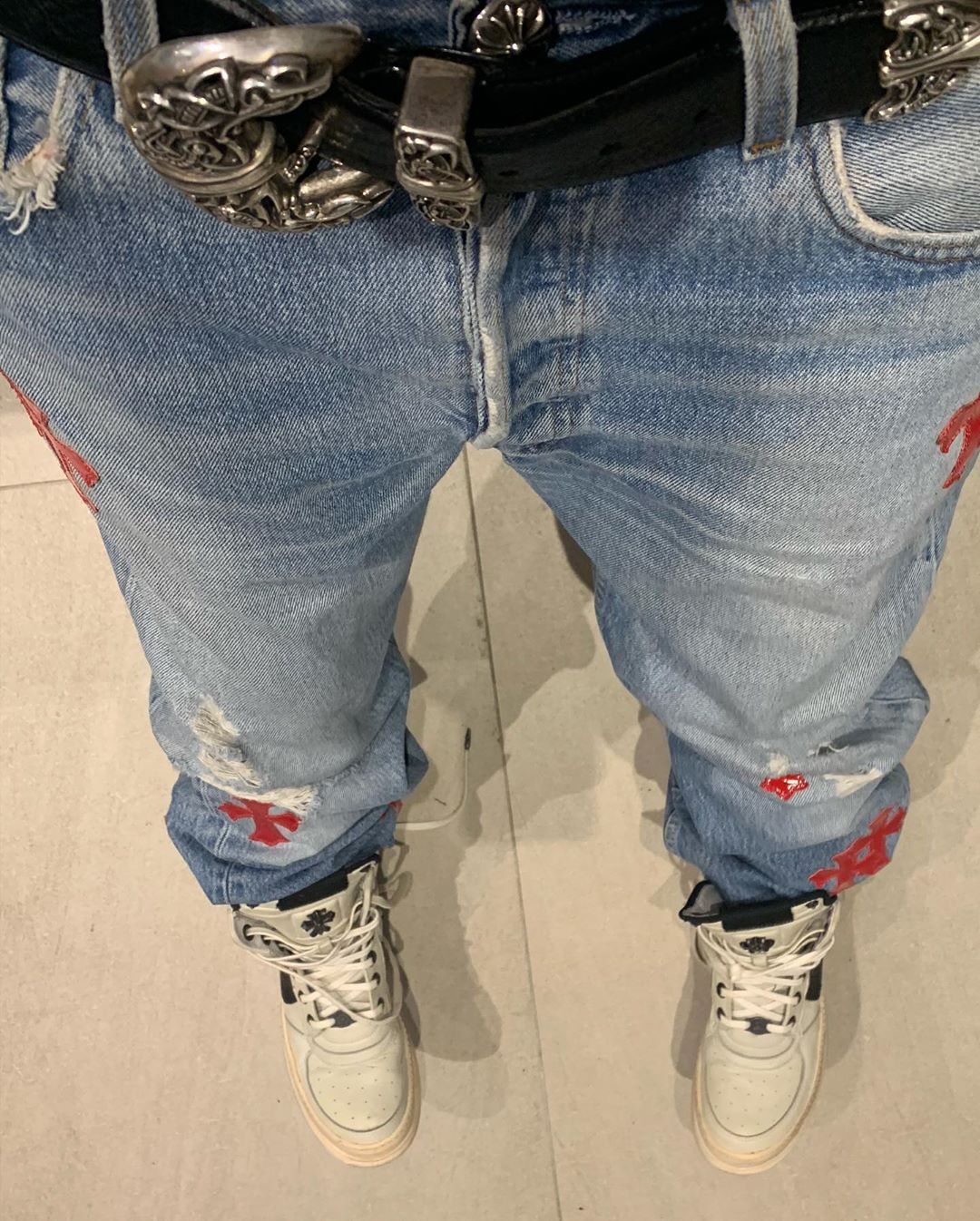 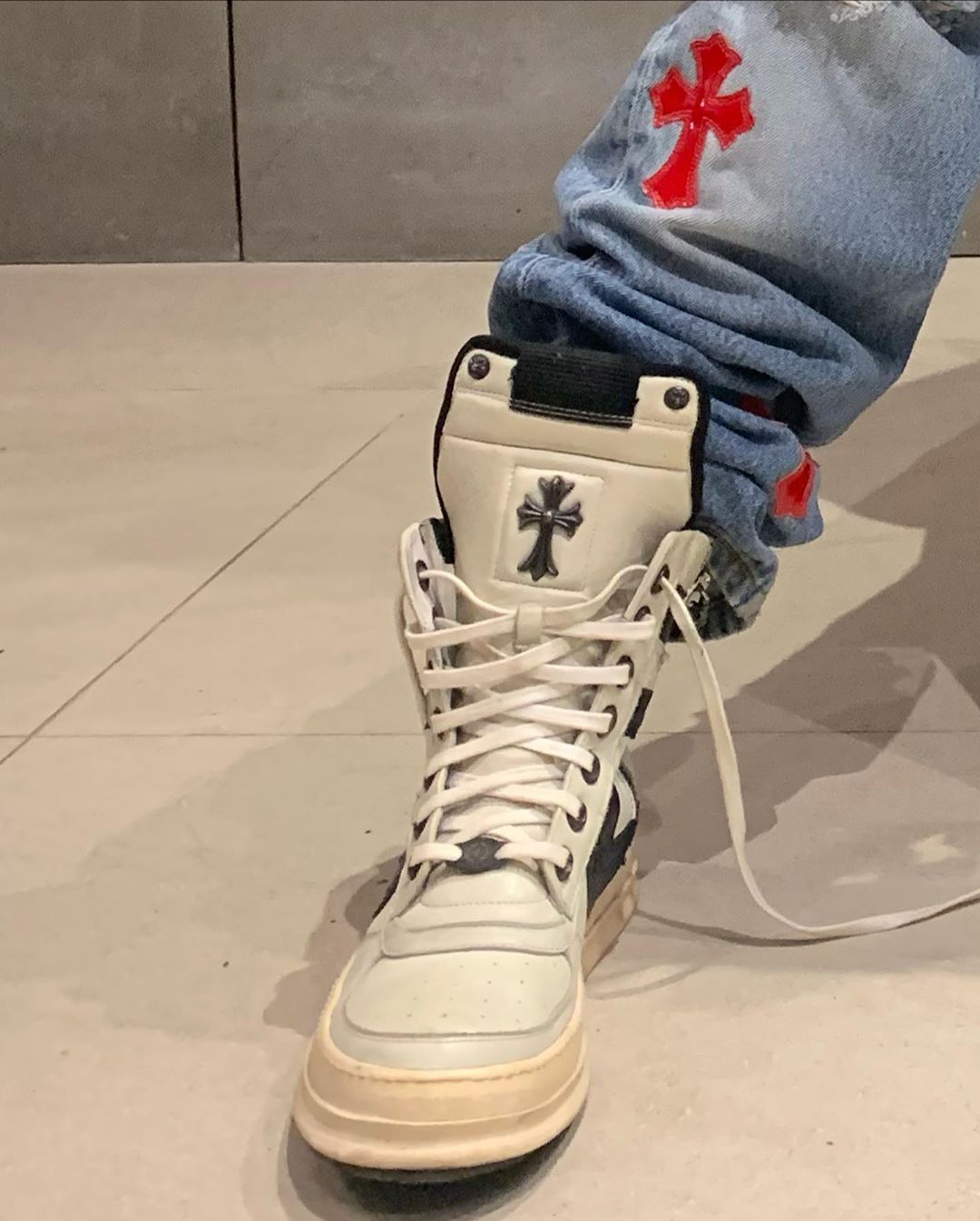 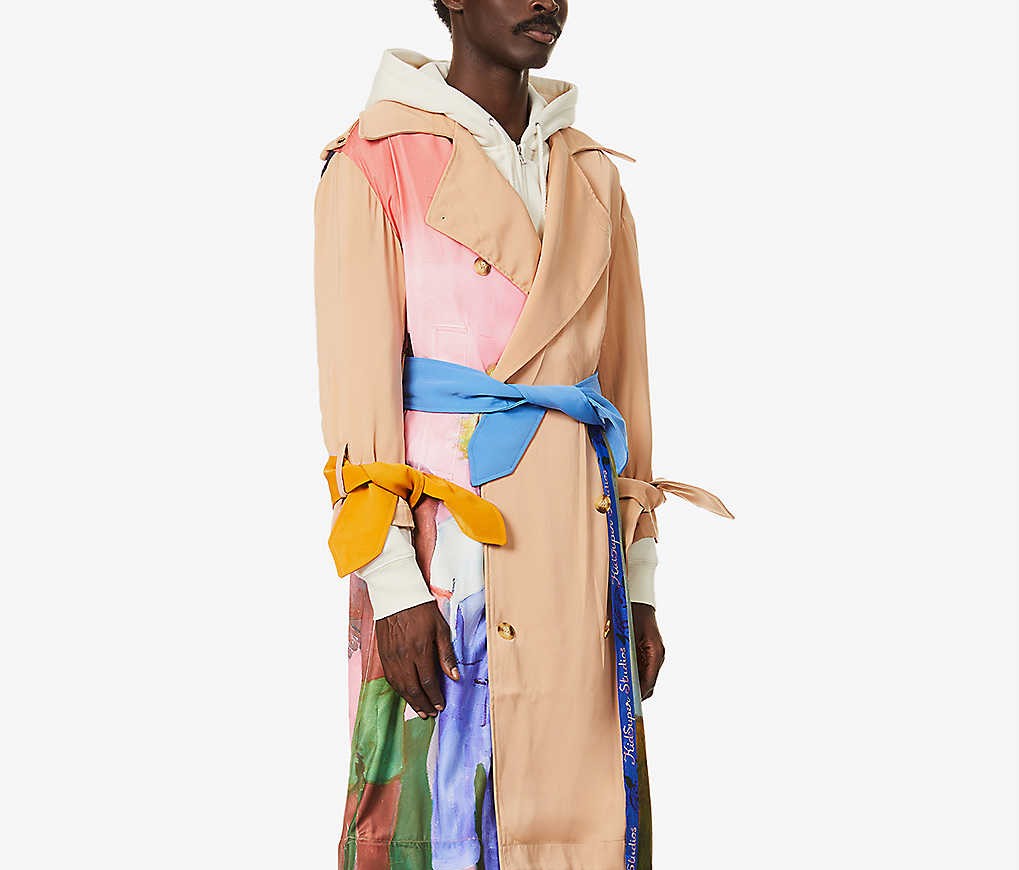