Who rocked the better oversized jumper?

Having collaborated many times previously, American musicians Trippie Red and Lil Uzi Vert teased images from their latest music video shoot, asking fans when they want to see it be released. Having recently dropped the single Holy Smokes, fans are expecting the video to accompany the song, but they could have other music in the works.

The two rappers were wearing oversized jumpers, with Trippie Red in a purple Marni jumper that features pieces of thread hanging off it as “tassels”. He paired this with brown trousers that had patches with statements such as “Destroy Fascism” printed on them and black sneakers.

Stood beside him, Uzi was in a beige loose-knit jumper along with two-tone wide-leg jeans and white Nike Air Force 1’s.

Who do you think rocked an oversized jumper better? Let us know and shop their looks below. 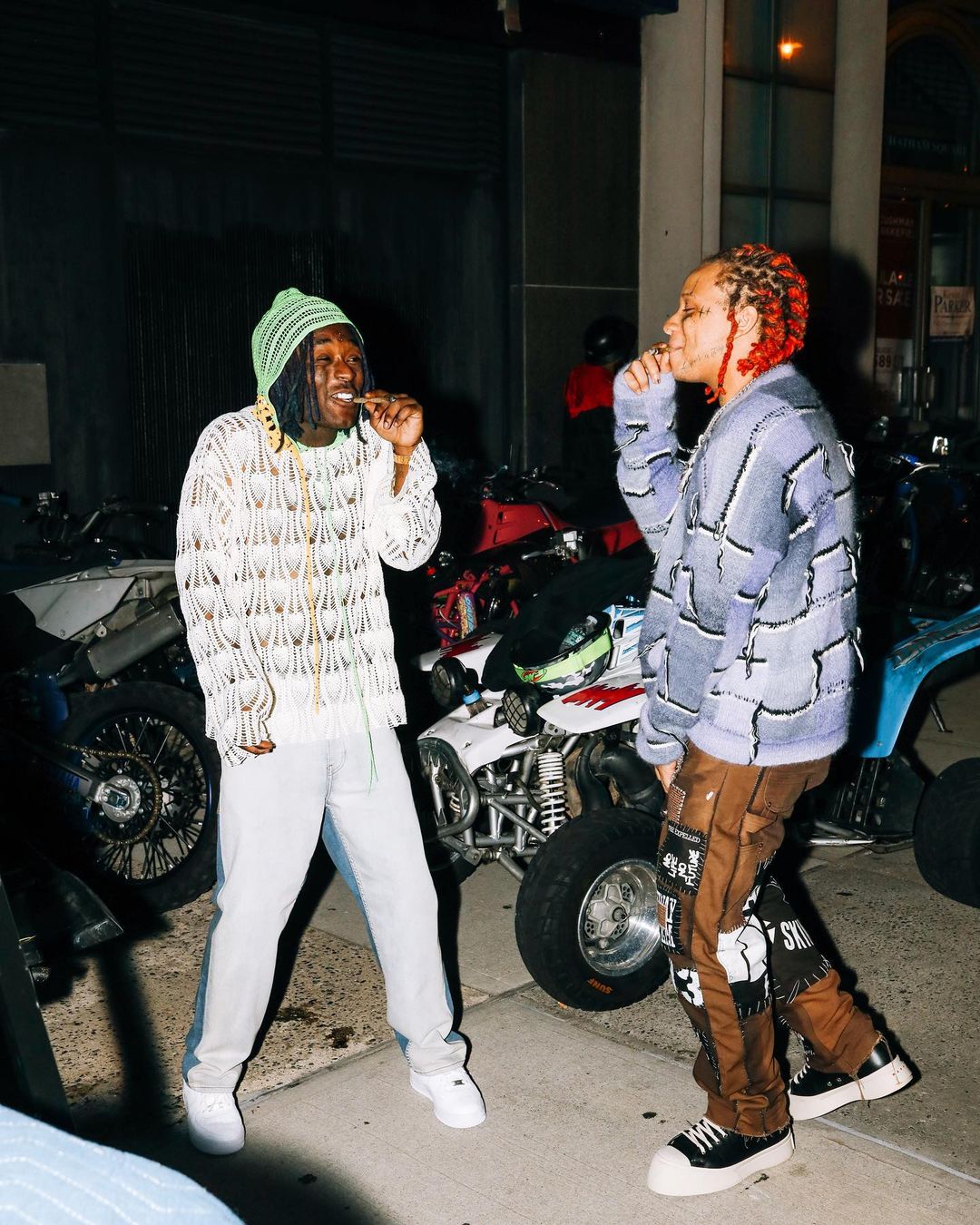 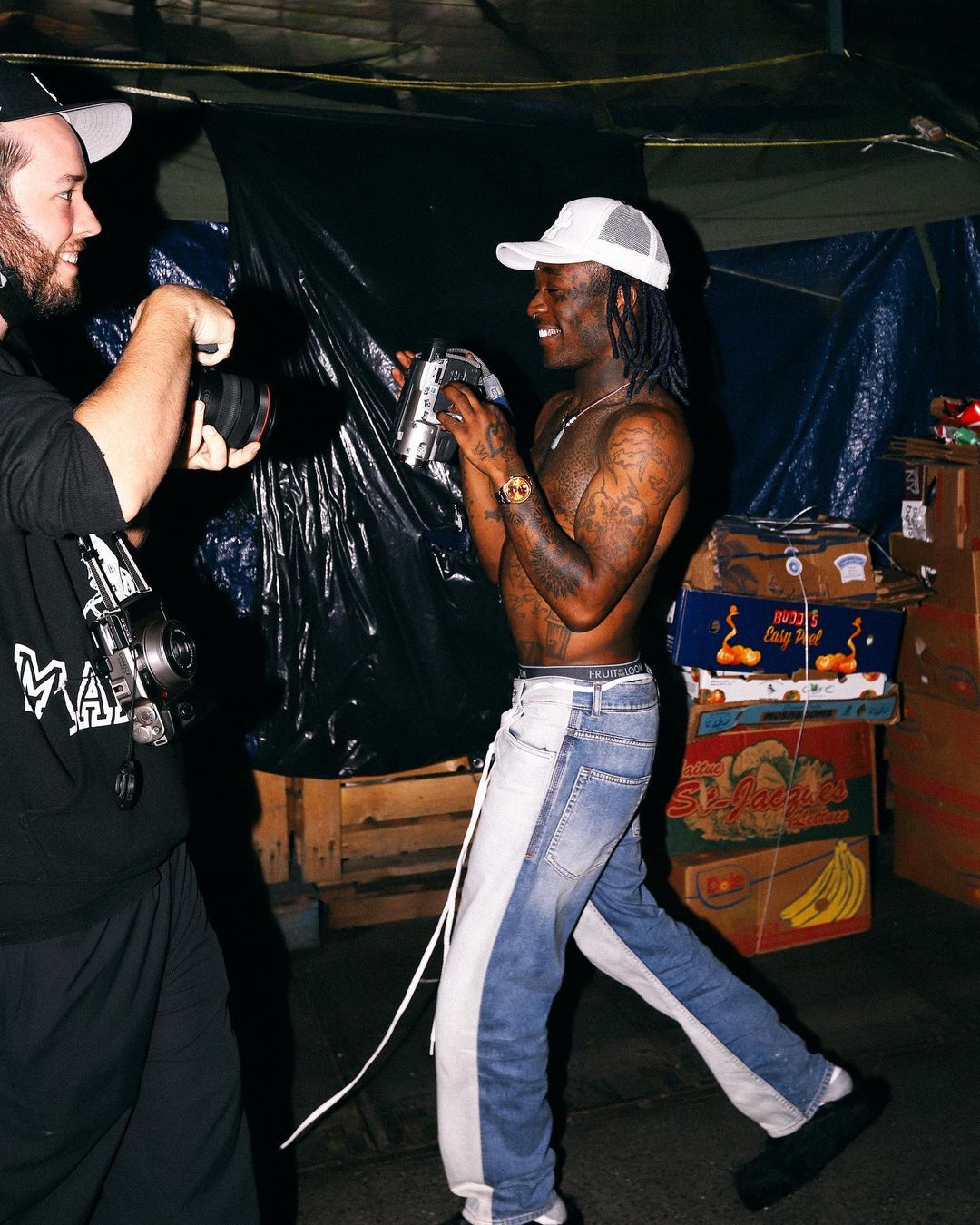 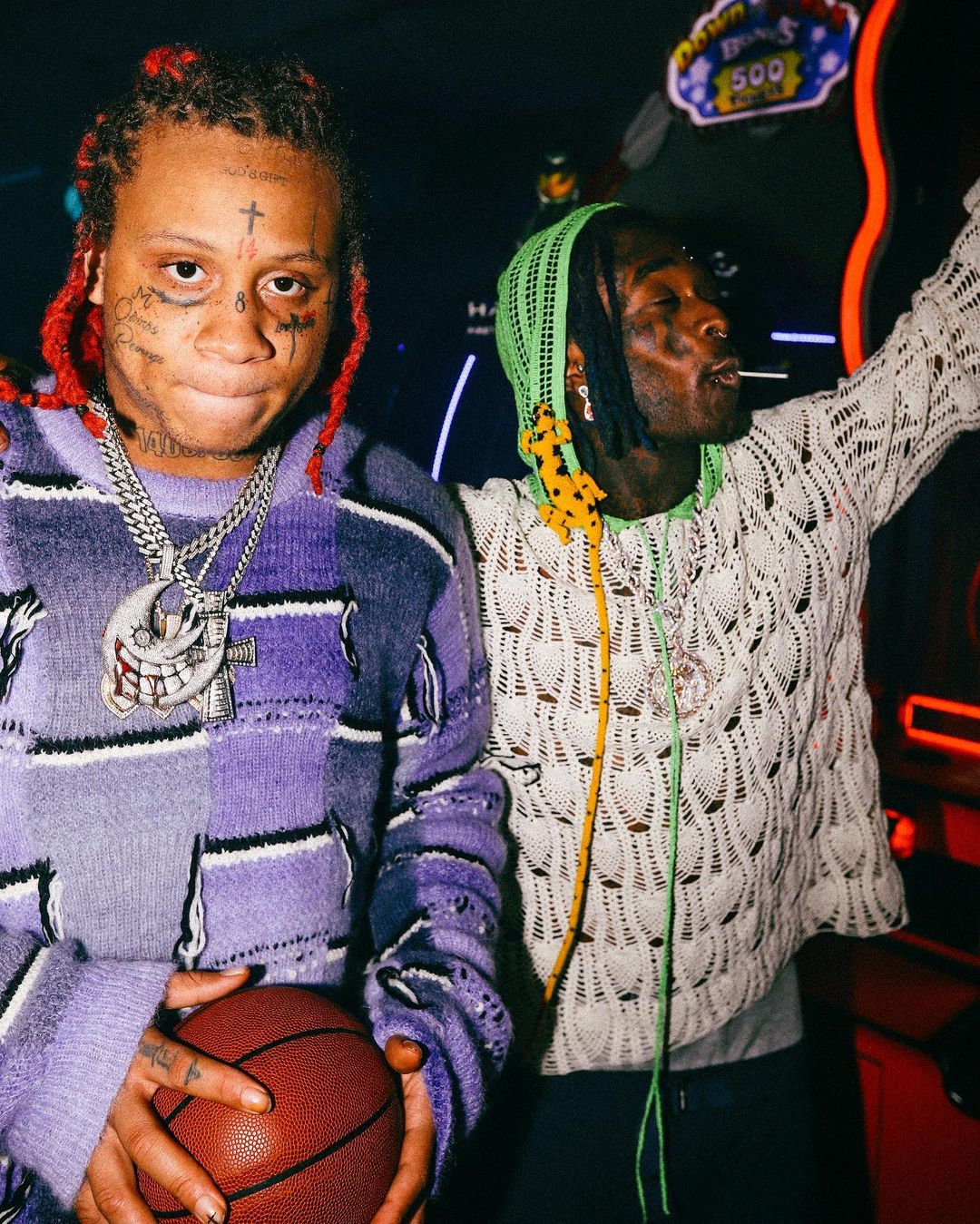 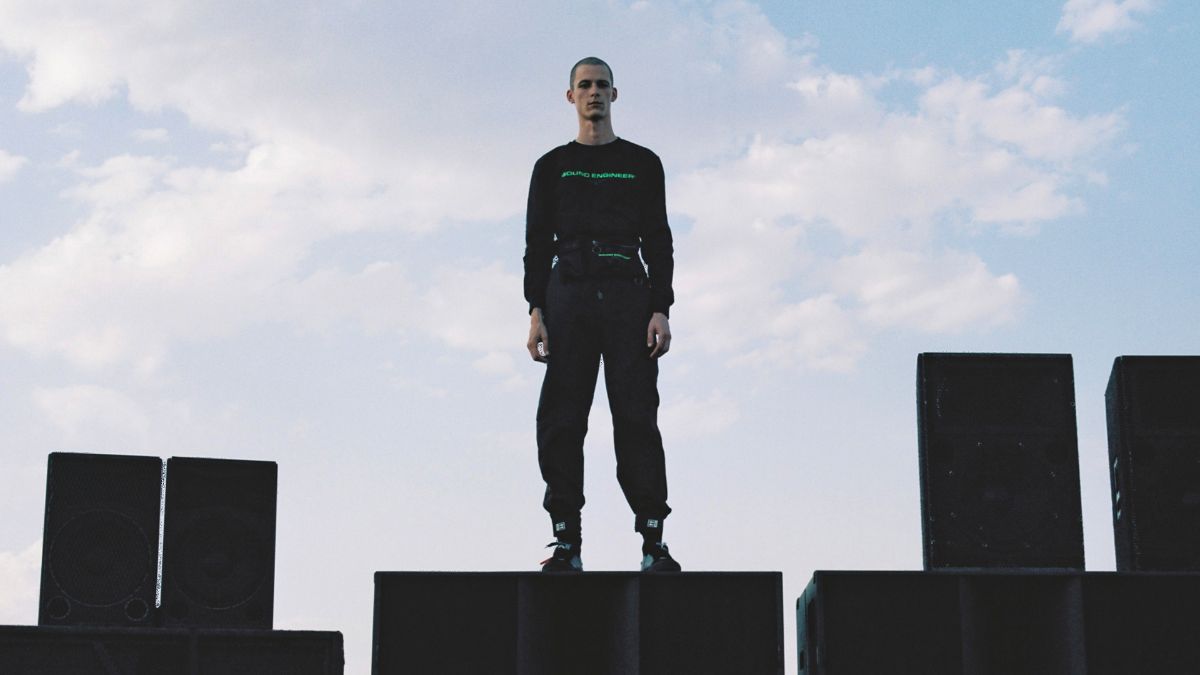