Havana Club and Skepta are back again with another collaboration that sees the UK artist design his second limited-edition Havana Club 7 bottle.

A celebration of his Nigerian roots, the multi-media Havana Club 7 bottle is all about the creative and cultural connections between Yoruba culture and Afro-Cuban spirit, honing in on the message of community from the first campaign.

“This Havana Club 7 bottle honours my roots. It traces the migration of Yoruba culture from Africa to Cuba and back again. Inspired by the region of my chieftainship in Ogun State Nigeria, it celebrates inner strength and the journeys that make us great.” – Skepta 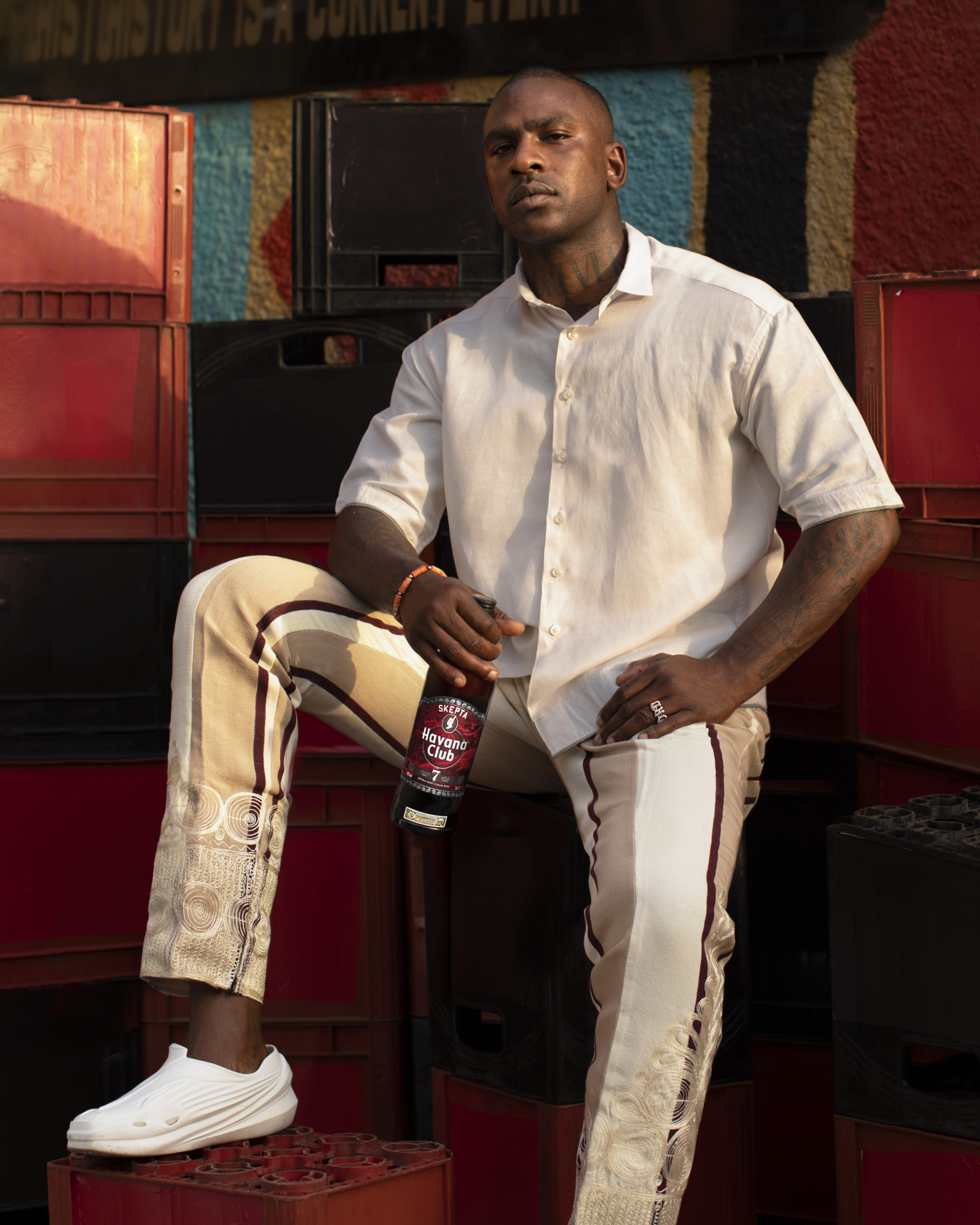 The exclusive label has been designed to emulate the rich culture of the two countries, binding them together through Skepta’s creative vision. Adire, a traditional Yoruba textiles pattern, is seen on the label’s background, which also includes an image of the Ogun State landmark, Olumo Rock, and the native hawks that circle it, which adds texture to the immersive bottle. Around the perimeter of the label are cowrie shells found in Cuba and also used to adorn sacred ornamentations of Elegua, a Yoruba deity still honored in Cuba.

The label design emphasizes the heart of both Nigerian and Cuban culture’s music.

The texture behind the Skepta icon is inspired by the parallel notches on the güiro instrument played in Cuba, and the label uses geometric patterns from conga drums, used across Africa and in Cuba. Adorned in his chieftain headdress, the Skepta icon itself is a symbol of authenticity. 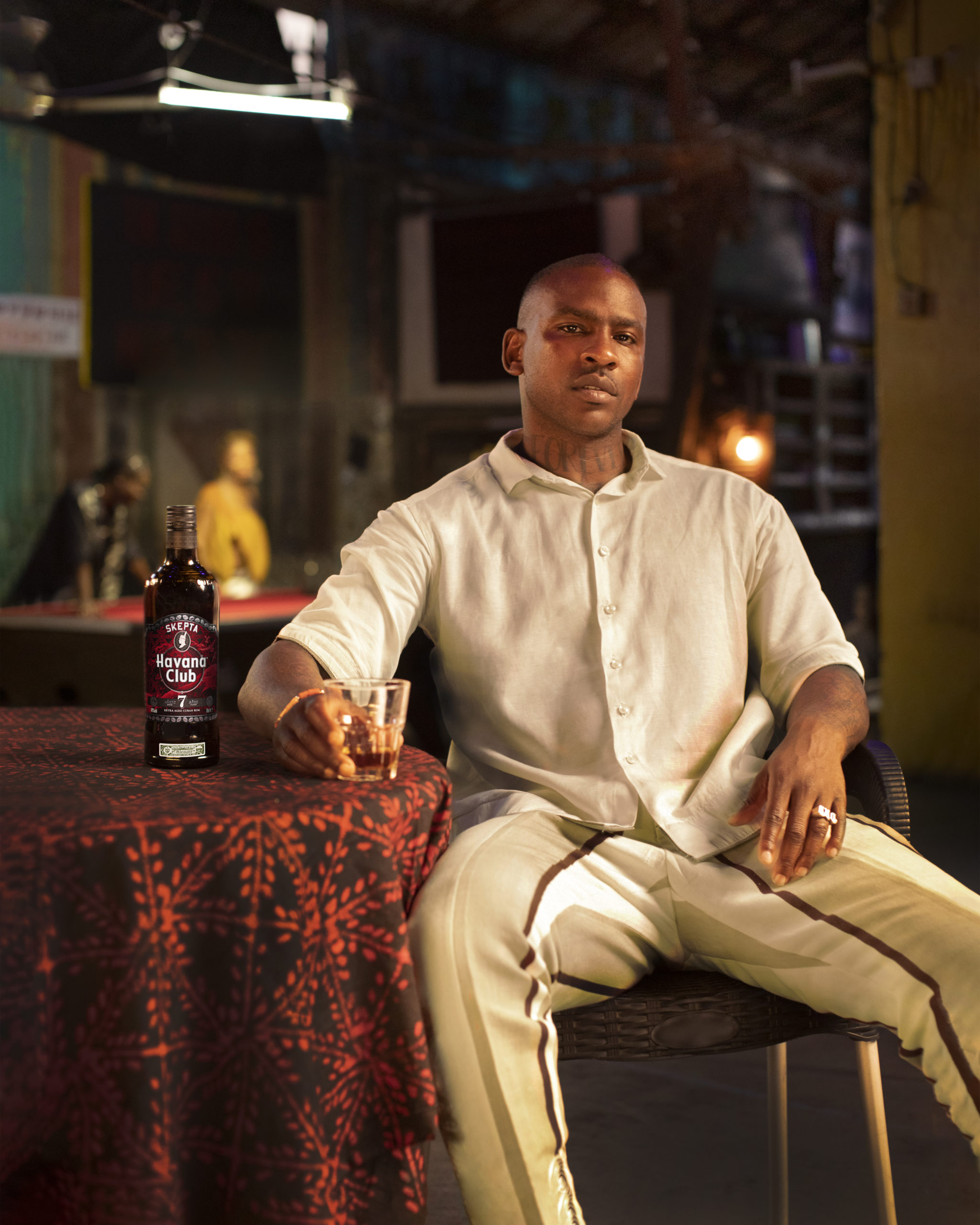 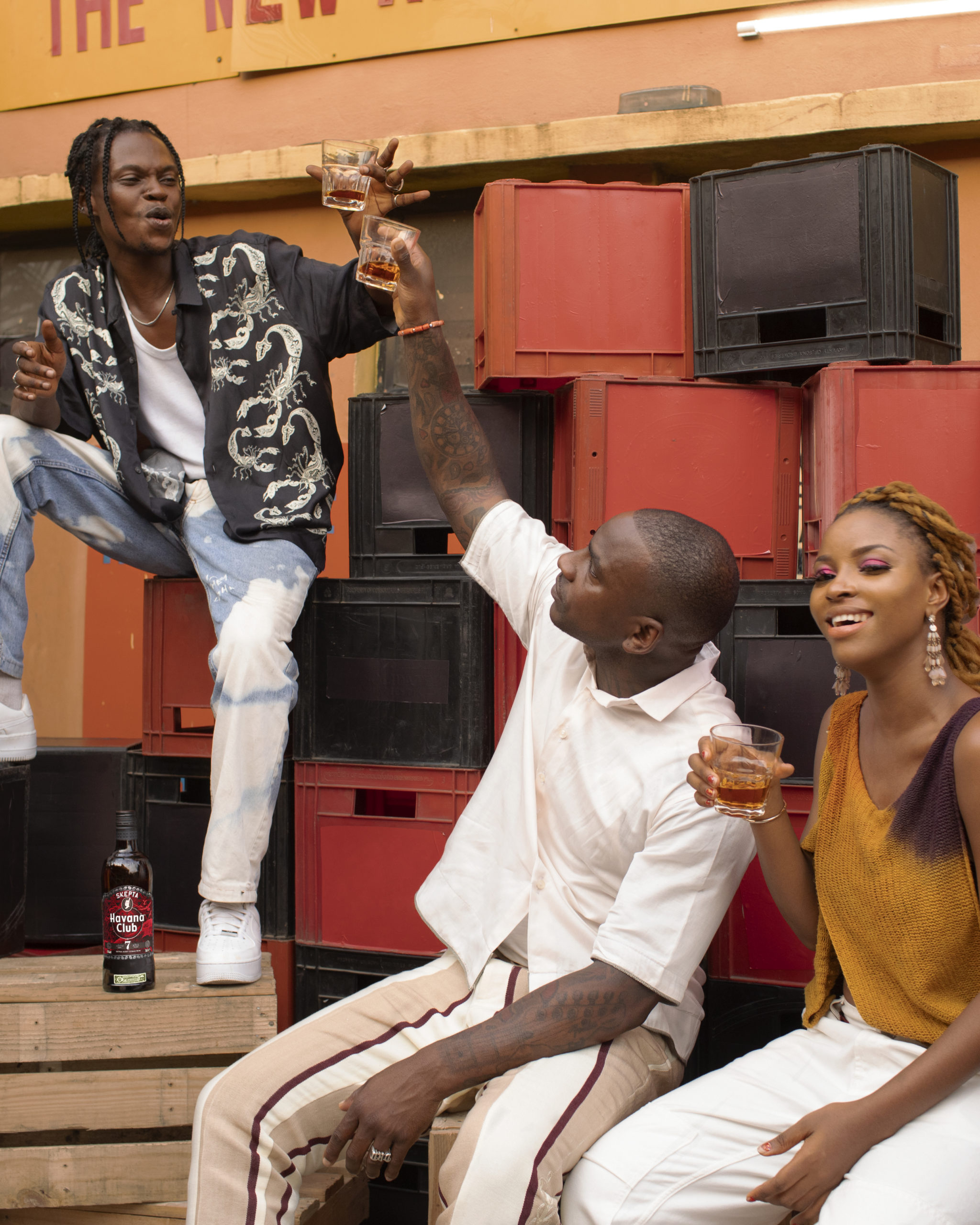 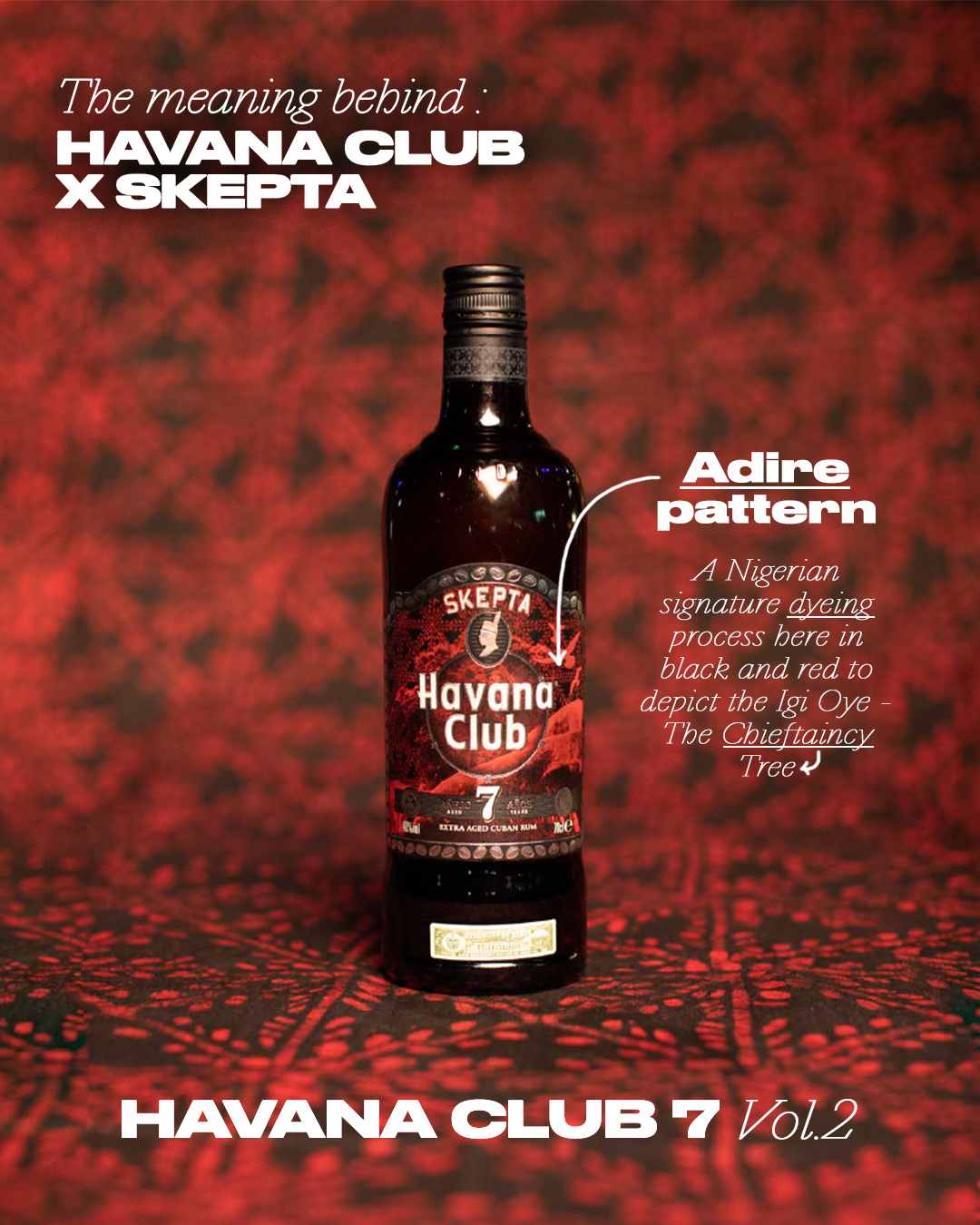 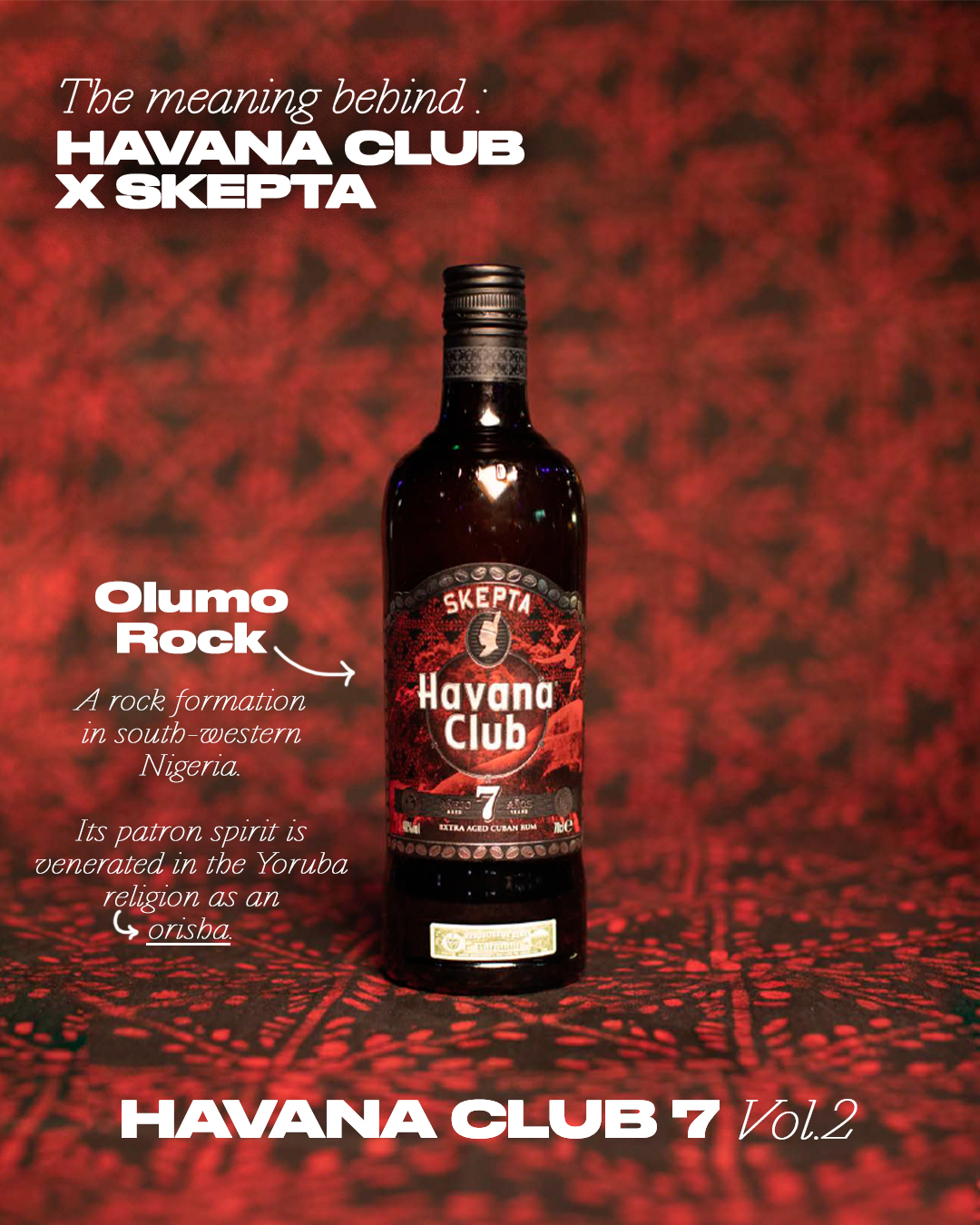 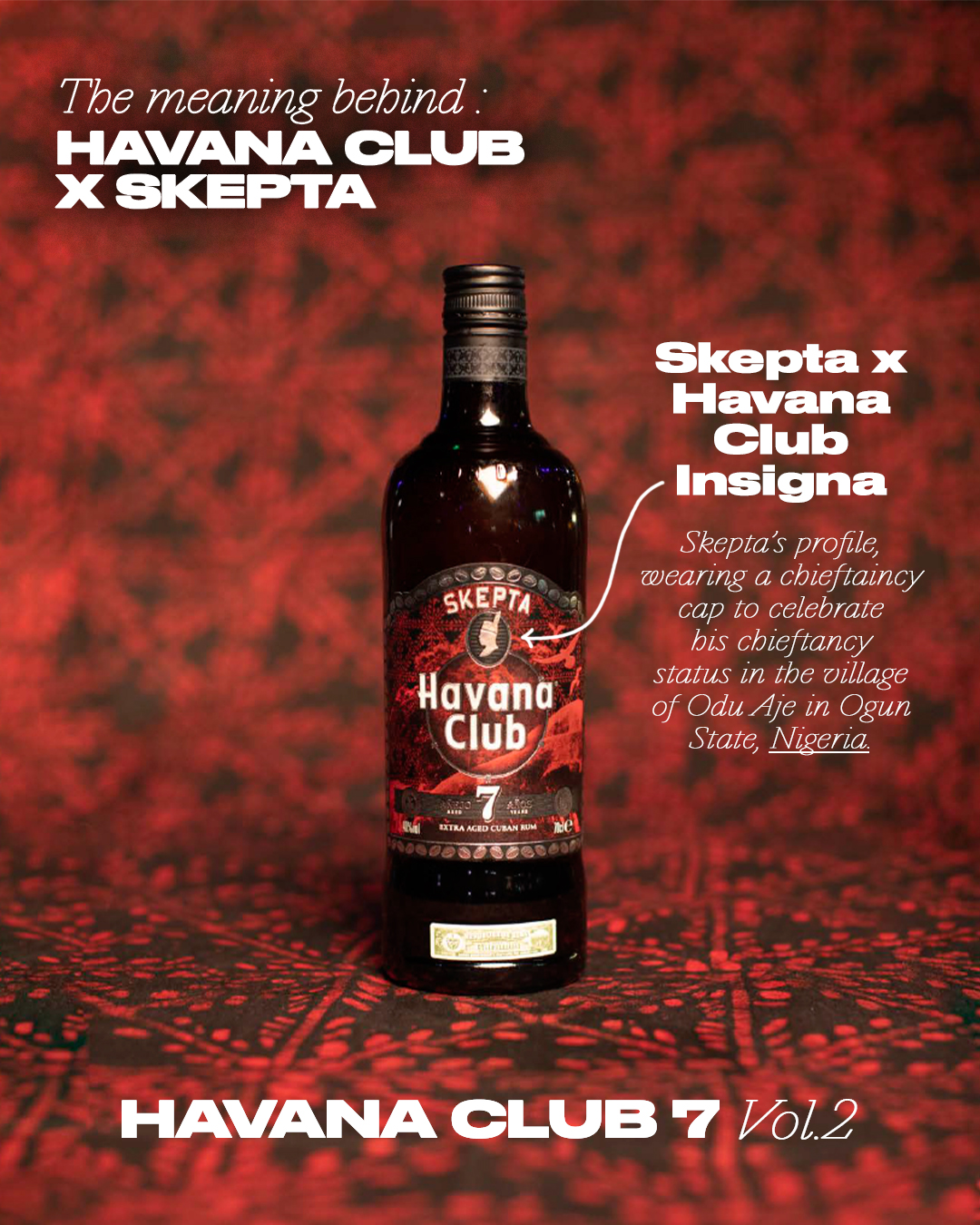 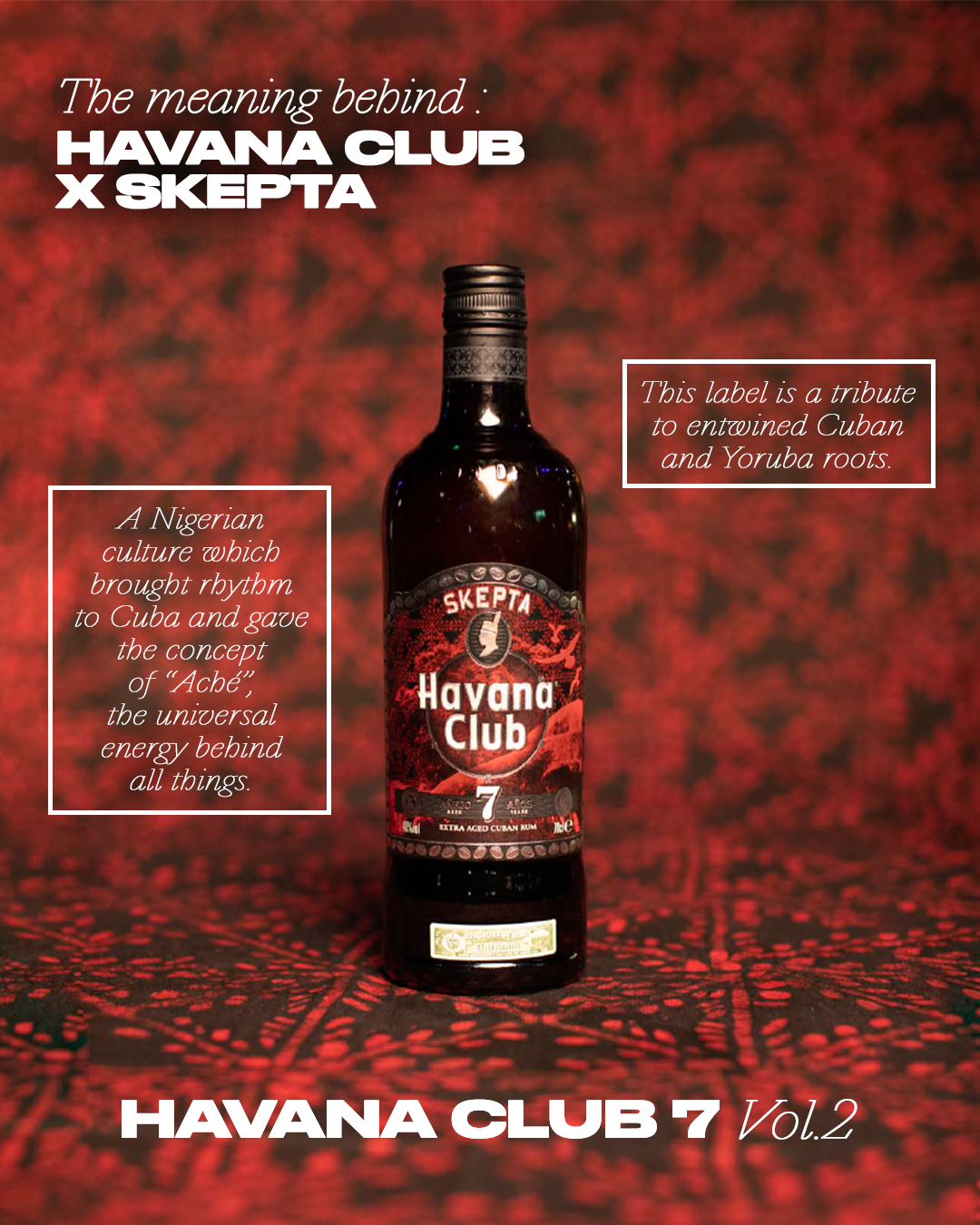 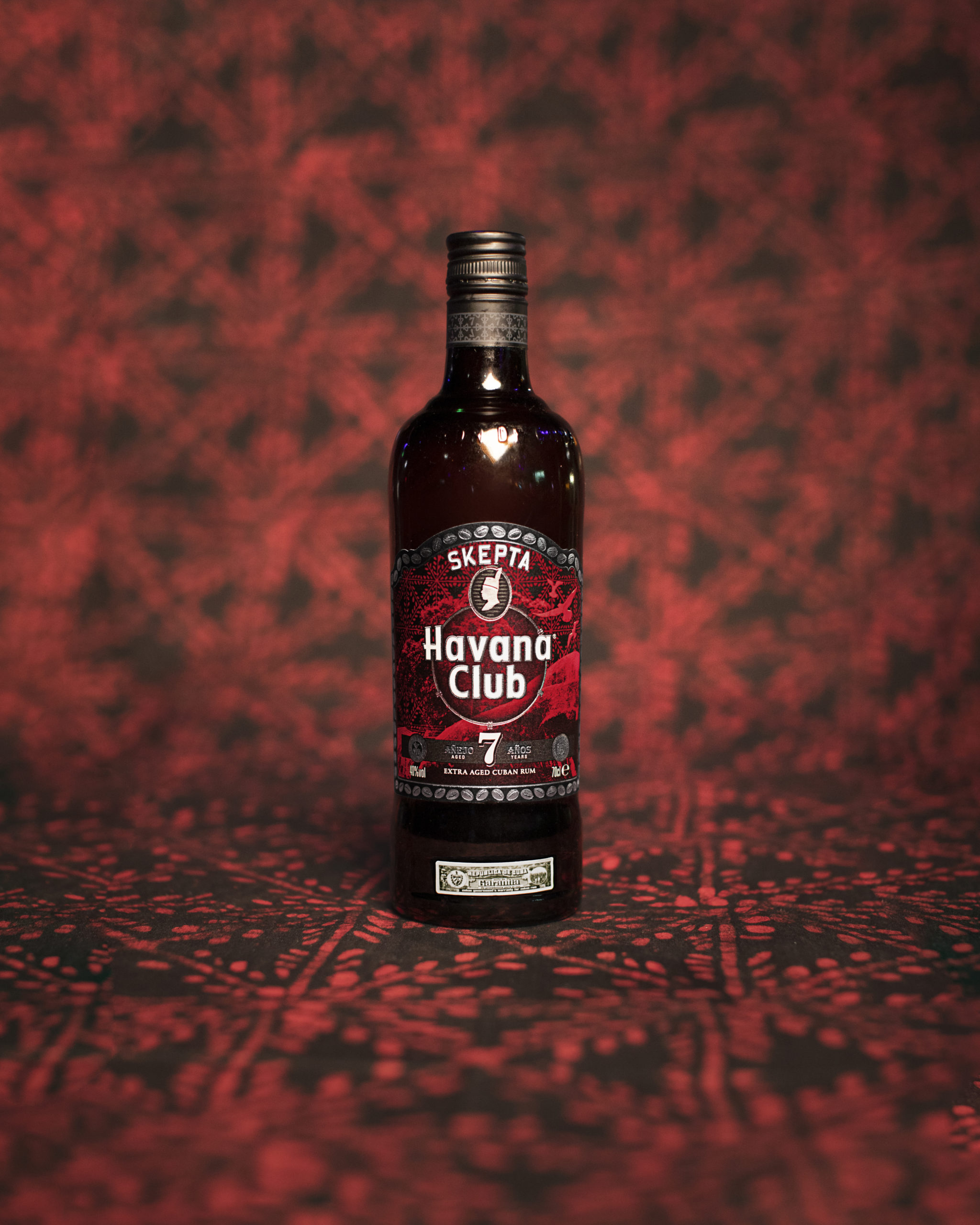 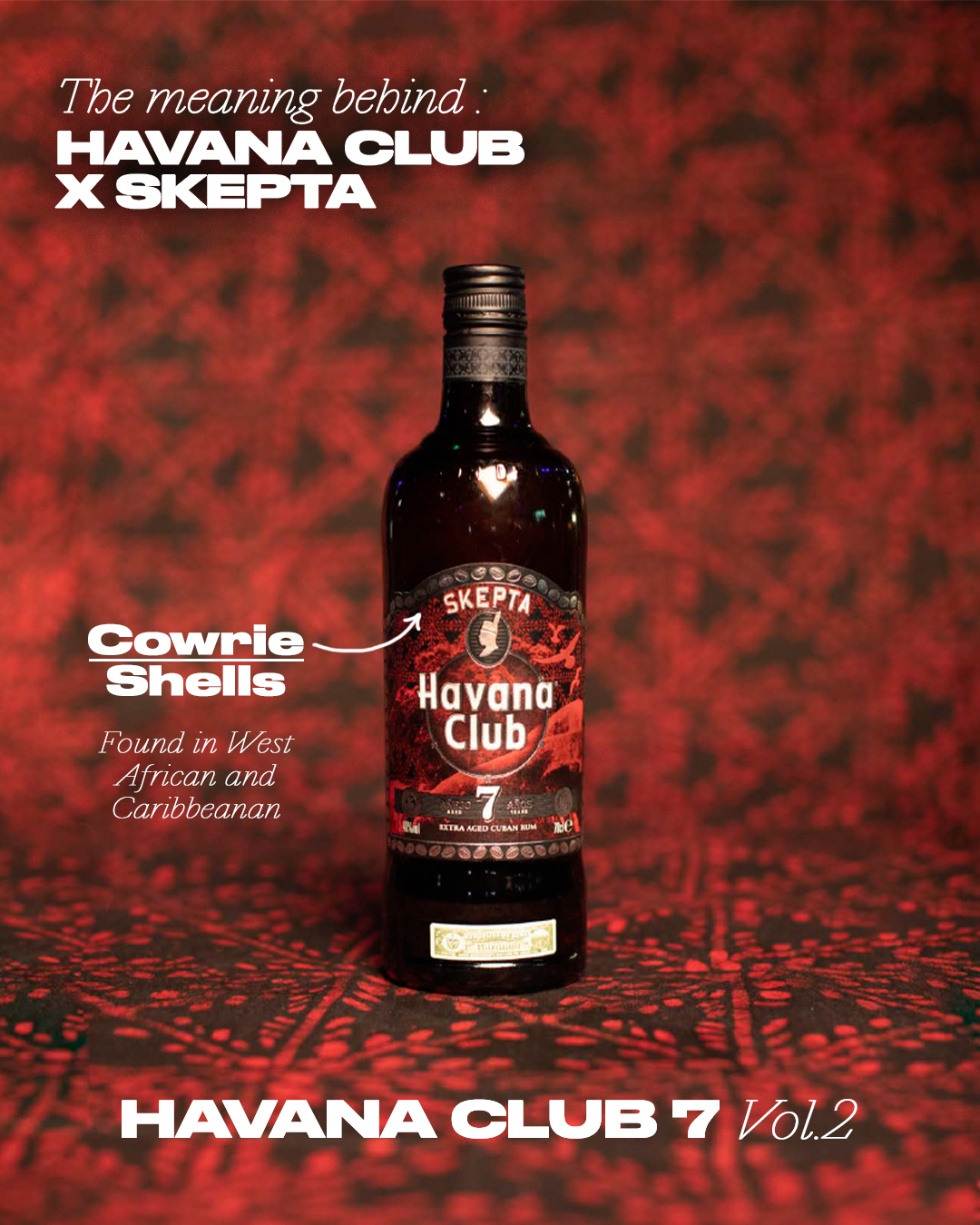 Alongside the release of the limited edition Havana Club 7 bottle,  Skepta and Havana Club curated a campaign film of Skepta on his journey from London back to Nigeria to explore the story of his Yoruba roots which begun with in Havana, Cuba last year. Travelling from Ogun State to Lagos and the renowned New Africa Shrine, this film celebrates Yoruba culture, both traditional and contemporary, a culture that Skepta, Cuba and Havana Club all share. 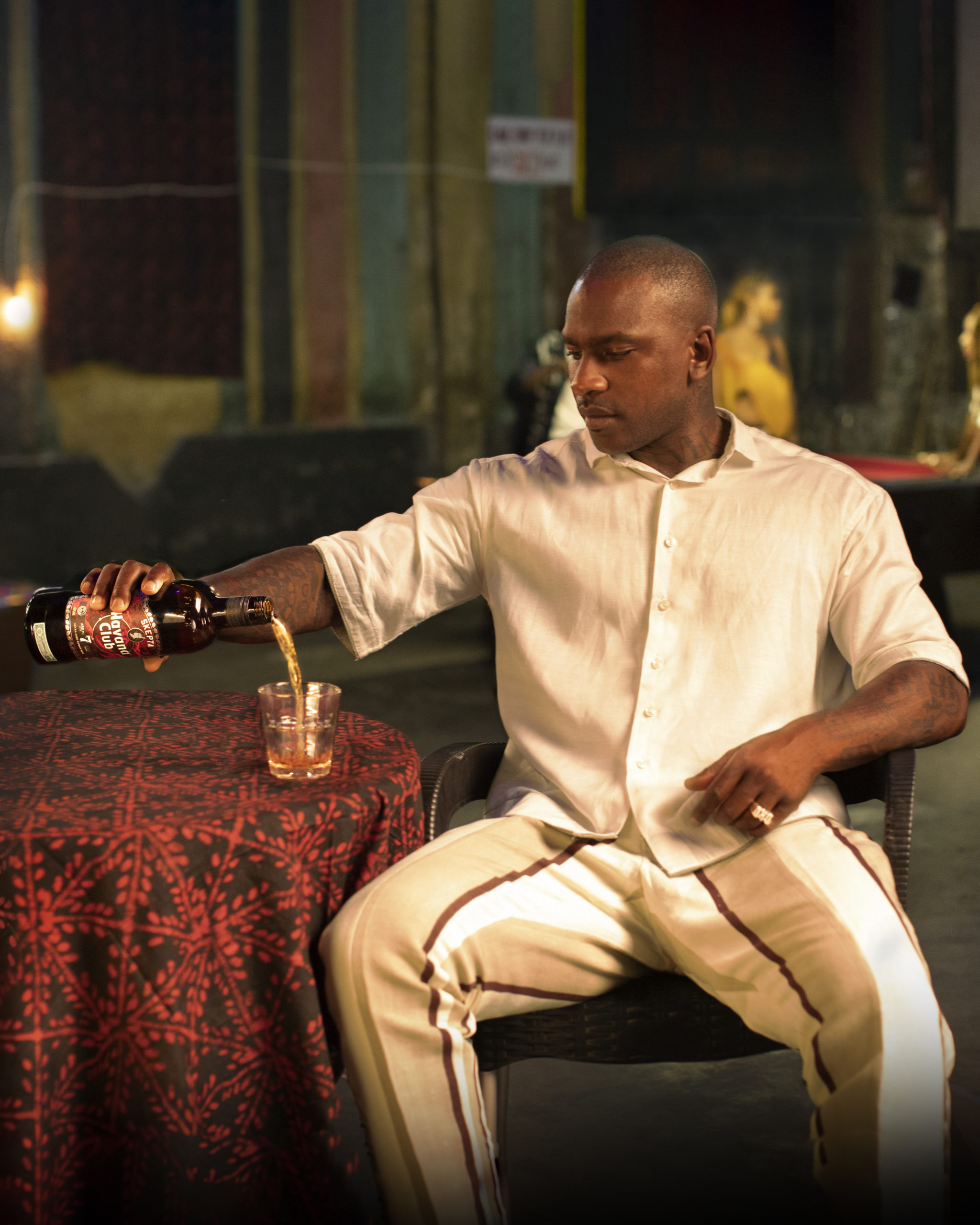 Skepta and Havana Club continue in their empowerment of local businesses. The cornershop once again plays a key part in the campaign and will be debuting the product.

The limited-edition bottle will first launch in convenience stores across London from July, to embrace and support the retailers who are the cornerstone and heart of communities – The product will also be available in other major UK cities for one month, before rolling out nationwide at an RRP of: £24.99. 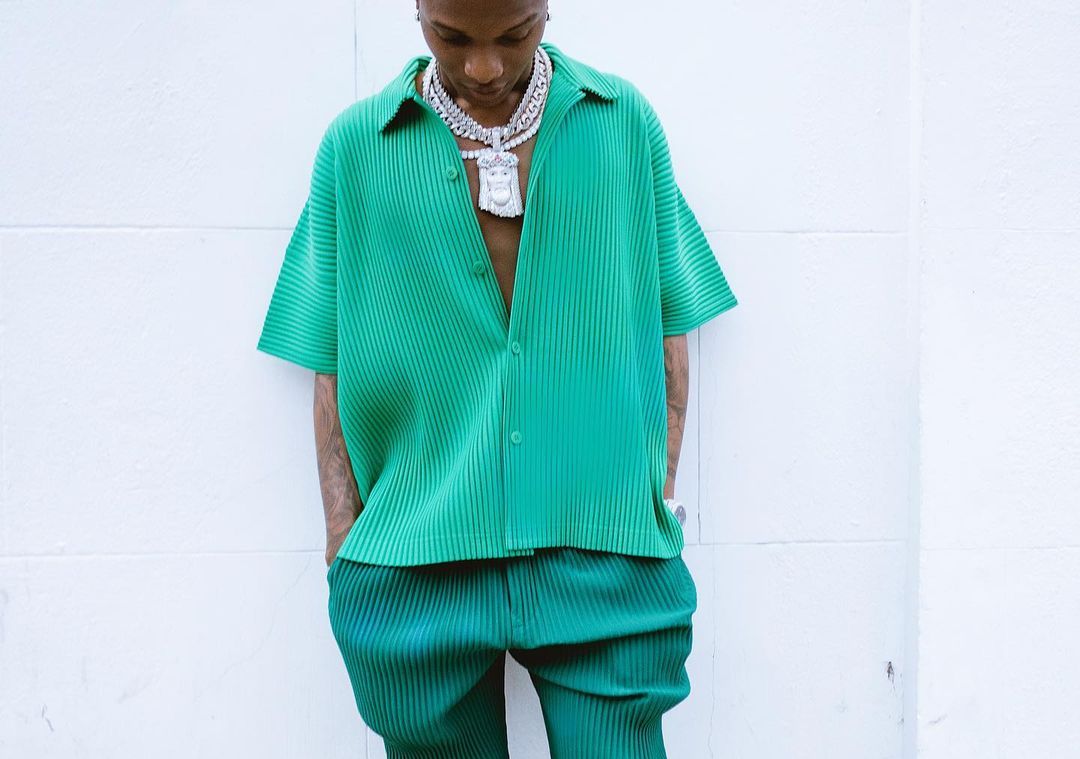