Another Paris Fashion Week has come and gone which means there is a lot of inspiration for your wardrobe. Camouflage, all black and velvet are the three trends that celebrities like Kanye West, Lewis Hamilton and Jared Leto are following.

Racer, Lewis Hamilton showed up at the Balmain show in a dark emerald green velvet blazer with cropped proportions from Balmain itself and styled it with a simple white t-shirt and black jeans. Kanye West was also spotted in velvet, but he went for a burgundy red velvet bomber, which makes his look slightly more laid back. 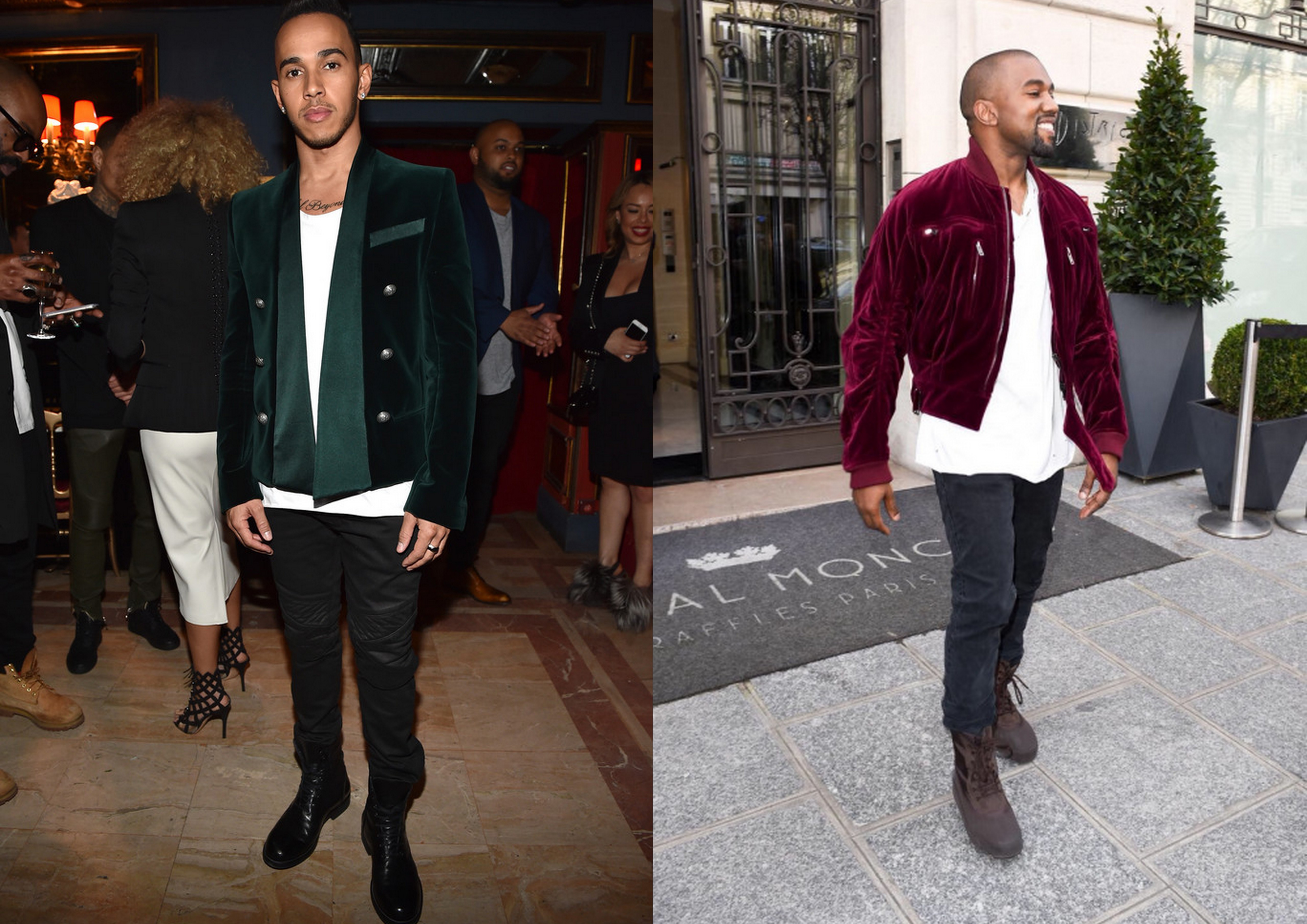 
If you want to get these look, you can find similar jackets at Asos.

On March 5, Jared Leto attended the Balmain Aftershow Dinner that was a part of Paris Fashion Week and surprised us with a completely new look – blonde and dressed in all black. Leto wore a black shirt with an Alpha Industries parka and completed the look with a pair of Sorel boots. You can never go wrong with an all black outfit, right? 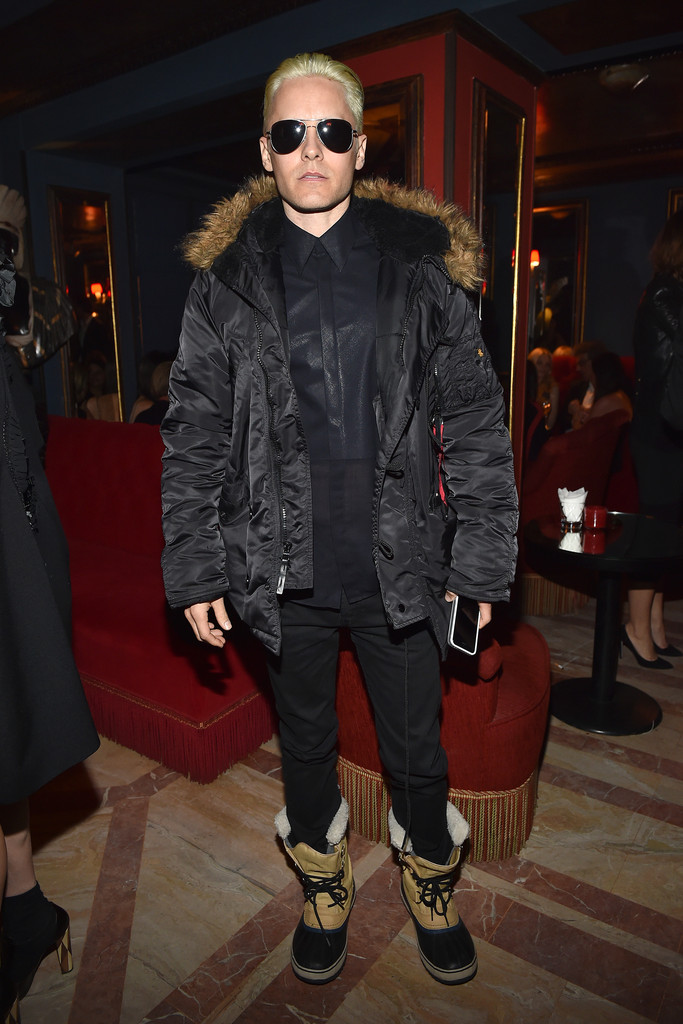 At the Dries Van Noten show, Kanye West was spotted in a camouflage Raf Simons bomber teamed with a simple ensemble of black jeans and his favourite brown Adidas Yeezy boots. Camouflage and bomber, two classic trends in one – definitely a must for the spring/summer wardrobe. Although this classic Raf Simons bomber is now sold out, you can still take inspiration from Kanye West’s look at Paris Fashion Week and pick an affordable camouflage bomber from Asos. 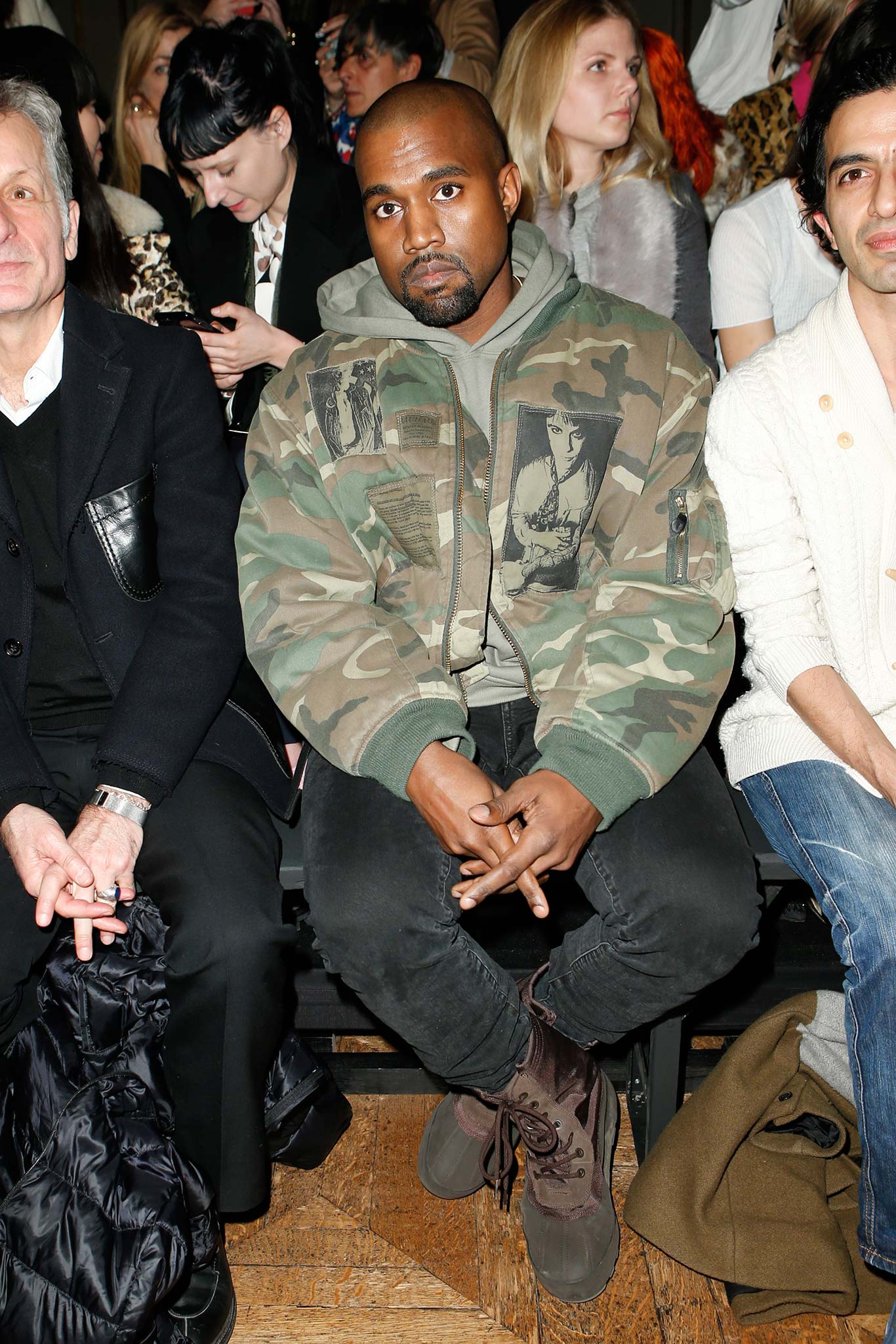 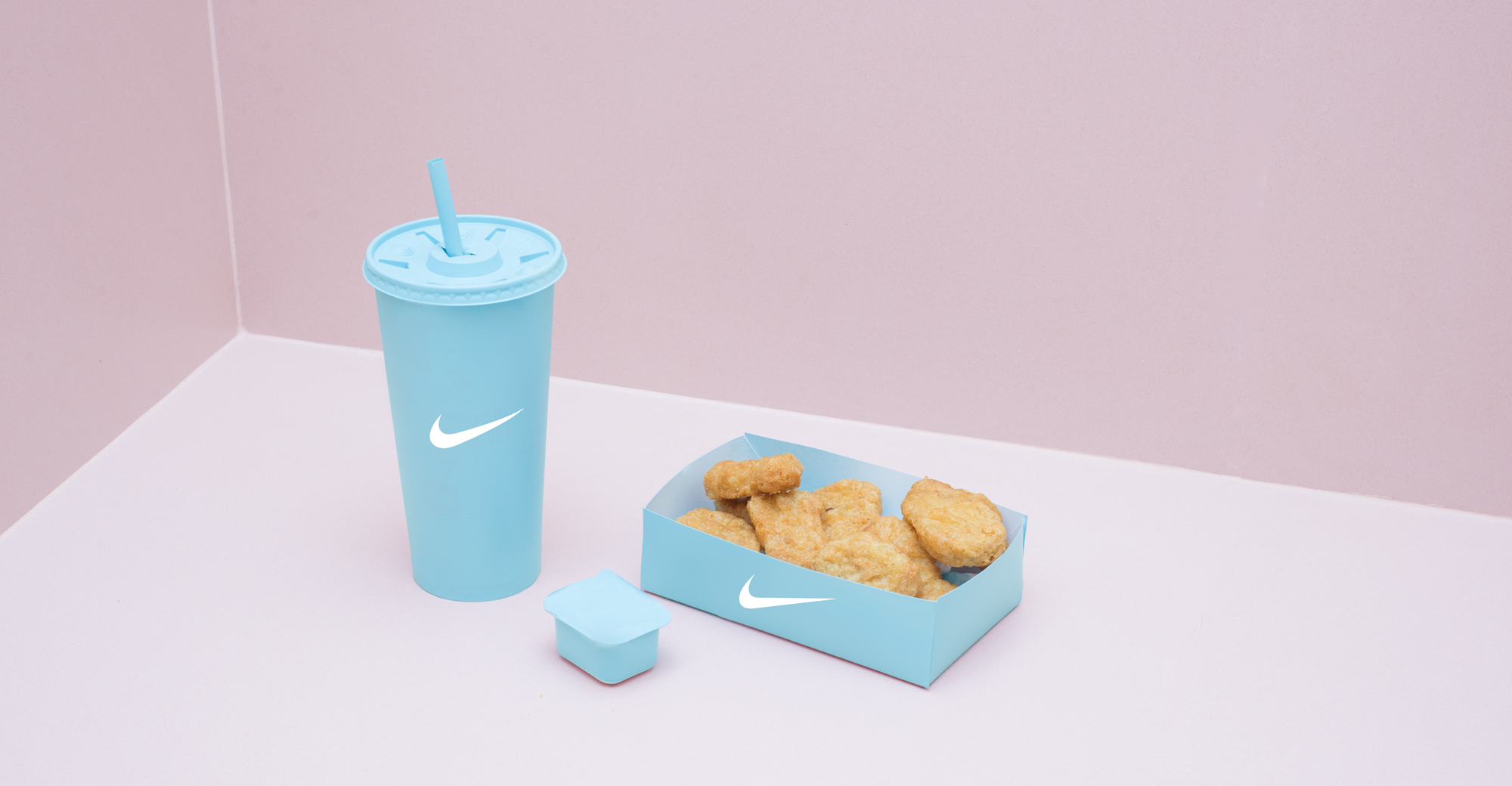