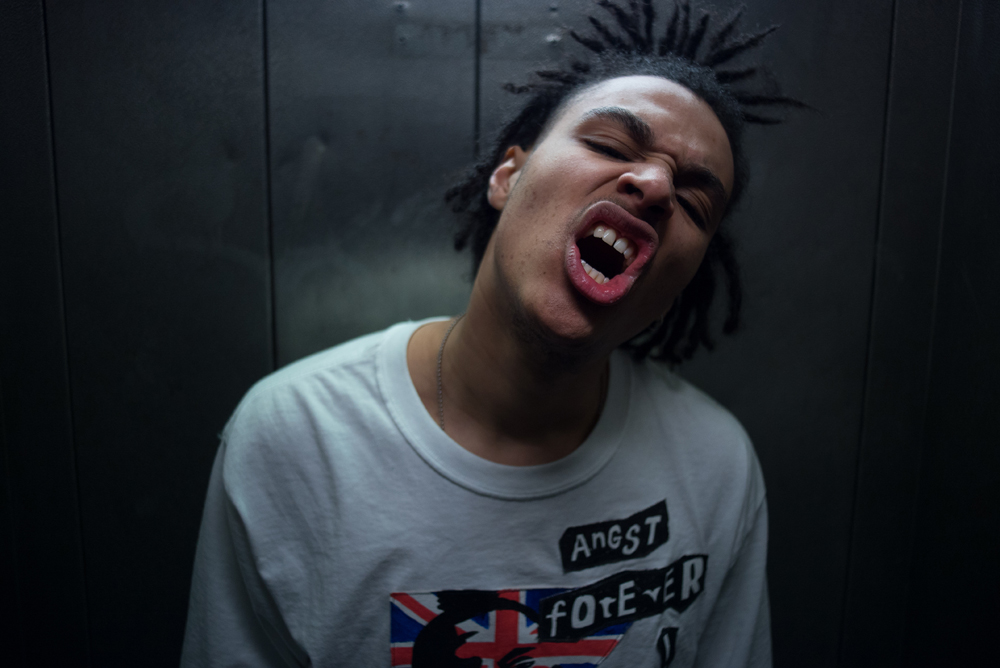 Meet Ryan Hawaii, a 19 year old creative artist from Catford, South East London who has been protesting for youth empowerment through his outspoken handmade art. Taking his skills and expressing them through his new upcoming fashion brand called HAWAII. Ryan’s latest collection titled ‘Teenage Angst Forever’ represents a personal realisation of the loss of the modern day youth. Known for his iconic imagery and text art, Ryan used his skills to compose a collection which represents the 70s punk era “the last significant era for the youth.” We at PAUSE got a chance to discuss more about HAWAII’s first 2015 collection, his artistic hand crafted skills and the recent protest presentation he held in the middle of Selfridges.

You are being referred to as ‘creative artist’ -Ryan Hawaii- what does this mean exactly?

I would describe myself as just an artist in every sense of the word rather than a designer or musician or whatever because I believe that art in a modern sense or in a modern society goes across different mediums. The best example of this would be someone like Kanye West; he’s forced himself into the fashion industry and is now a fashion designer and a musician. I’m sort of coming out as an artist, a musician and designer. I think in the future there would be more respected artists who just work across several mediums, which is why I wouldn’t like to call myself a designer, or painter or whatever.

Just being an artist, I think that things come across best through imagery. I think it’s more of the design and the art that interest me. My primary focus is the artwork rather than the garment. The reason why I use text and images is because I like to paint the full picture rather than being entirely subtle with it. I like to give the entire picture so people can take different meanings from it. 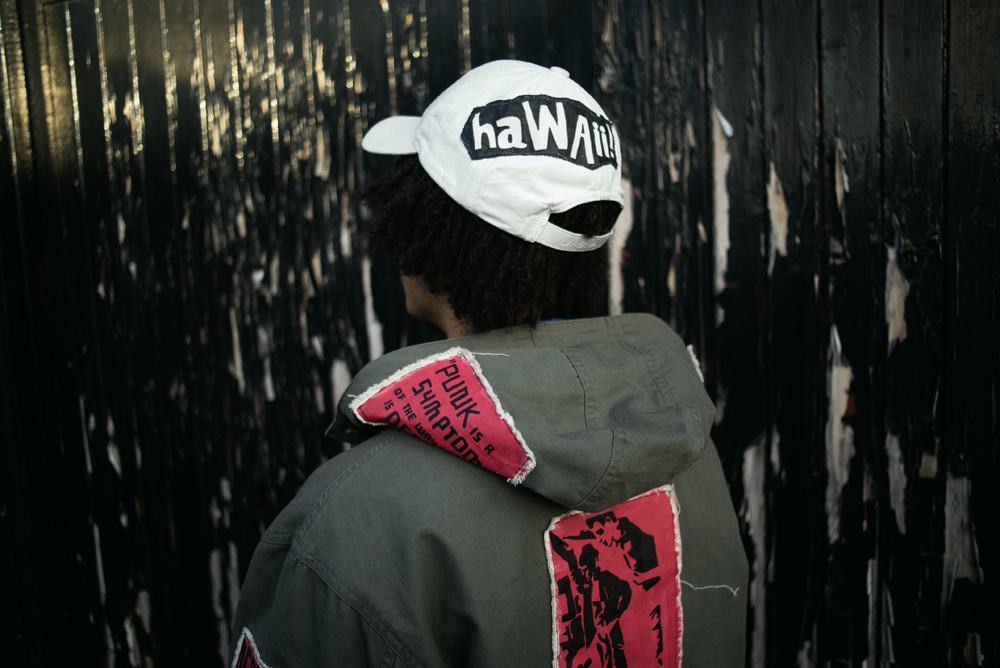 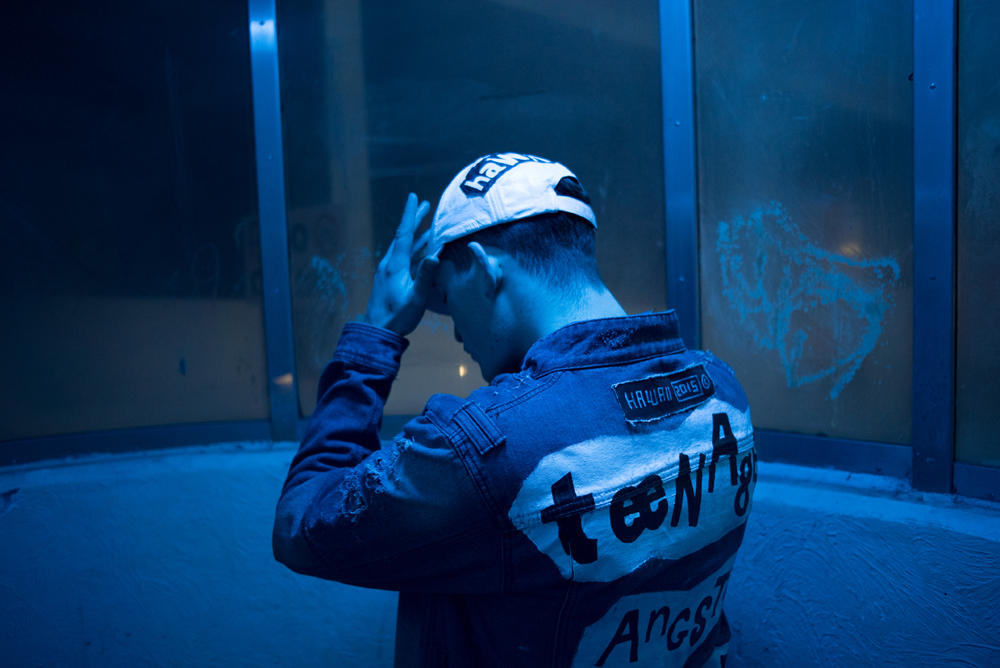 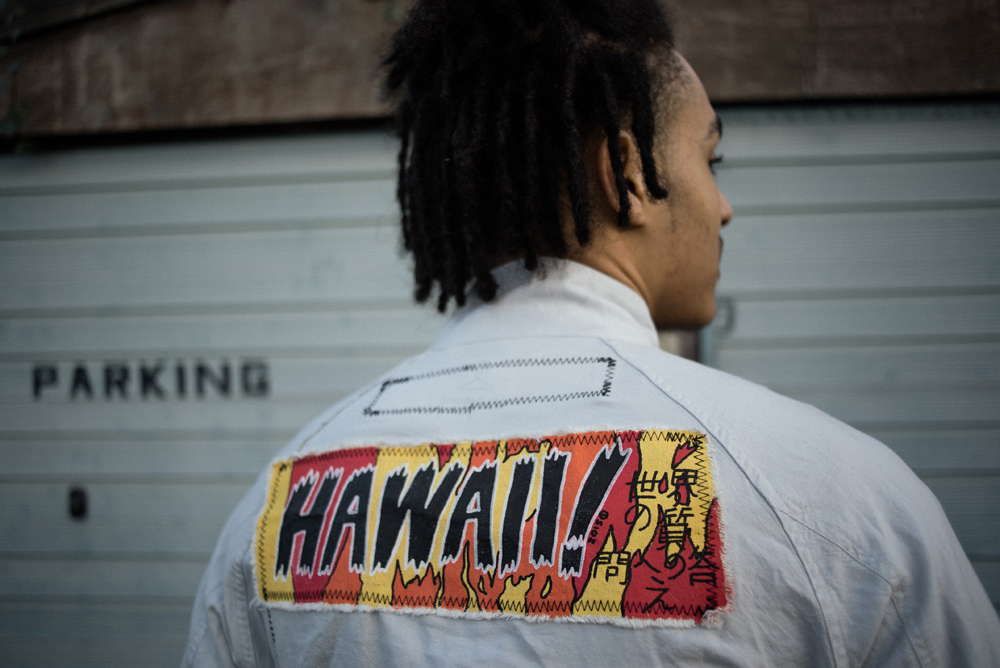 Your work references the 70s and draws loads of inspiration from that decade. What does the 70s look like to a creative born 2 decades later?

Obviously being born in 1995 I’ve only seen all of the punk era second hand. I was never born into it but it interests me because in appearance it was the last era where the teenagers as a group in Britain were sort of angry and full of angst. I feel like a resurgence of that energy is coming through now but not necessarily in a punk way. It’s like a post punk way but it’s sort of the same energy and angst. The youth is a disruptive force again like it was in the 70s which is why I chose to reflect my collection on that era and bring it up to the modern day, highlighting the similarities between them.

Being an artist and craftsman, what is the significance of the most important part of your work being done by hand?

For one, it makes each piece original. The thing that interests me most about art and craftsmanship is that it’s significant and relevant within time as a concept. I could die tomorrow and all of my artwork would outlive me and have a legacy and that would be distributed between certain group of people and it could spread. It could also out value the money I’ve earned in my life, like Basquiat and other famous artists who have more whilst dead than they did whilst they were alive. It’s the concept of time which is also why I’ve given out a lot of art for free. I want people to start cherishing things again and forming sentiments or attachments to clothes. We in a generation where so much stuff gets thrown away and other things get turned over quickly. I like to create art and clothes that are more significant. The fact that you know that the artist you’re buying it from has directly put an input into that is a special thing. 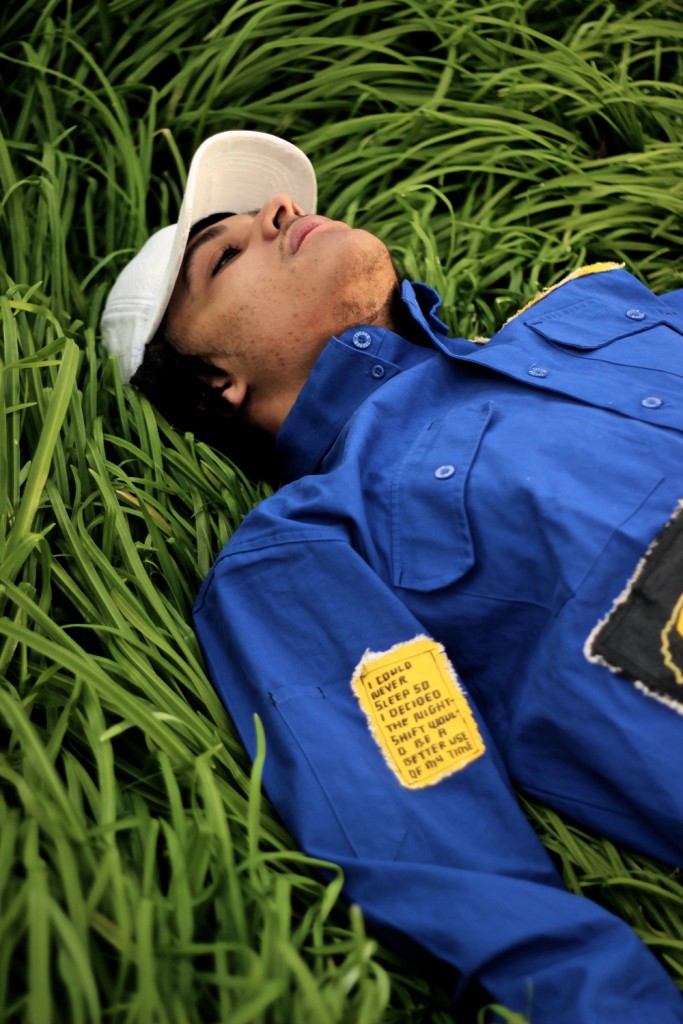 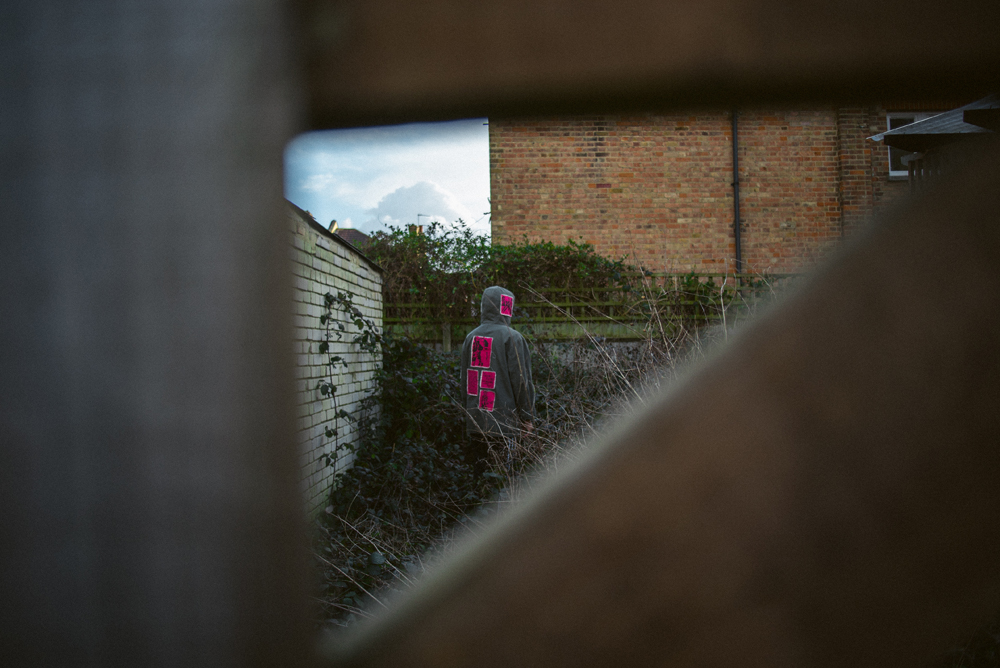 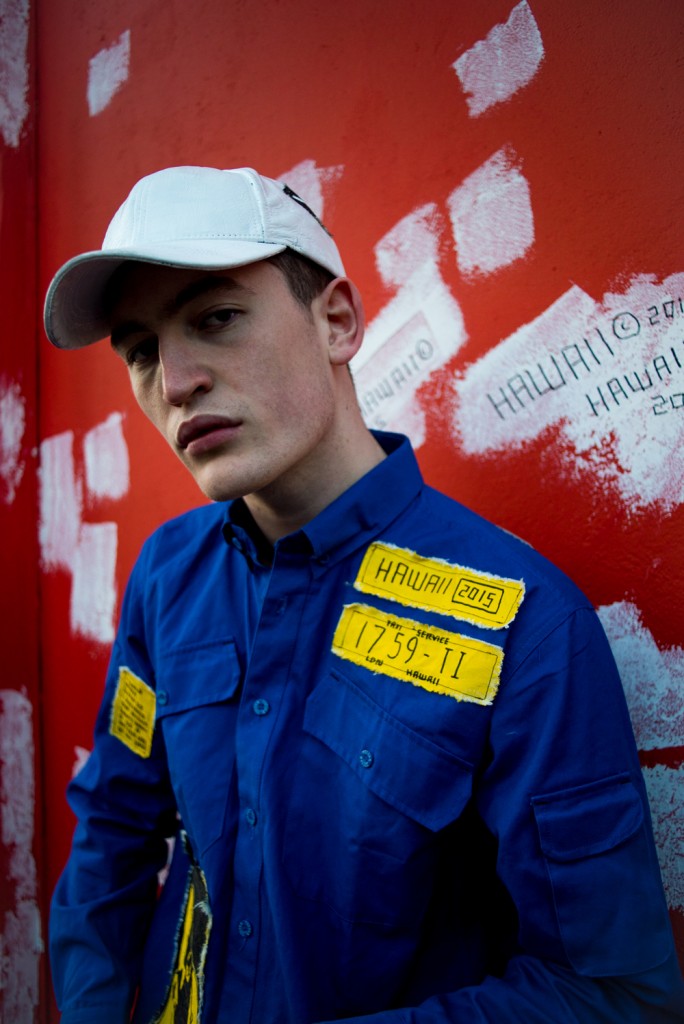 One of the modern day realities of being an artist is that you have to be commercial. You’ve already hosted a successful pop up shop, how important is it to you that your work is commercially viable?

If I can get my artwork out into the world and it’s under my artistic control, I think commerciality is simply the medium of that. I would consider working with a high street brand like maybe H&M as long as my contribution and creative control is genuine. I feel like that would be a great medium and at the end of the day money isn’t really a motivation. As much as I need money to live I’m not solely motivated by money. It’s more about leaving a legacy so that more people can appreciate my art. So being commercially viable is important to me but at the same time the integrity has to be within the art.

Your pop up shop was done in collaboration with Jai Apex and his brand [Nothing]. How important are these sort of collaborations to the youth movement?

I think it’s important but not key. I think what collaboration represents more than anything is that we are fighting a bigger power more than each other. A lot of young creative see each other as competition not in the sense to improve them but to tear each other down. That’s wrong because there’s space for us all to come up. I was happy to work with Jai because I respect what he’s doing as a creative and although we might have slightly different visions we can still support each other.

Your successful presentation and protest at Selfridges depicts you as marketing savvy, what is your main approach to promoting your work and making sure that more people hear your voice?

After the shop I discovered a few other pieces I had at home from previous work. Since I was releasing my collection soon I thought to give some of them away to kids who came to the pop up and other people who support me. I’d rather give something to people before I can expect them to buy into me. So I thought of a means of doing that and Selfridges happened to be the example of the classist structure that surrounds fashion to me. A lot of the clothes are quite pretentious as a concept. Not knocking them as a business as I respect them but as a concept I feel that it’s quite pretentious thing. So I thought it would be quite an interesting idea to have a presentation and giveaway in Selfridges at the OFF WHITE section. The reason I chose that section is because Virgil Abloh is a designer that represents the youth. It also happened to be a nice area of the store visually. 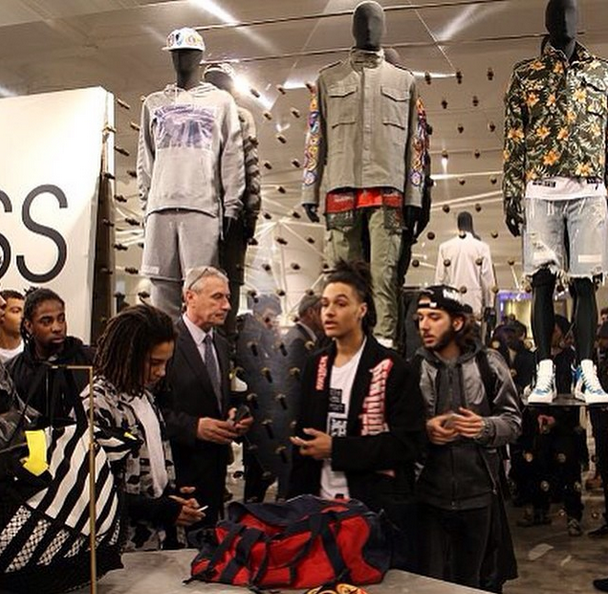 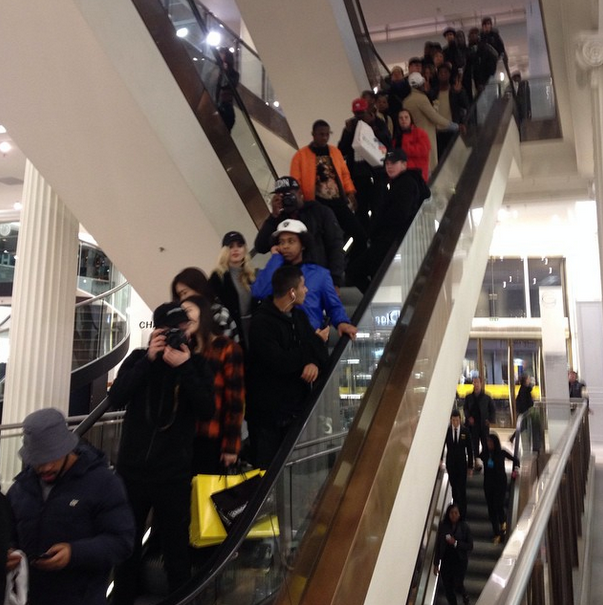 I gave my presentation and we were removed almost immediately by security because the crowd grew from about 40 people to about 200. My vision which directs my marketing strategy is just rooted in trying to create something greater than any boundary or box that I’m put in. The fact that real social events and significant moments are being curated from the same vision as the brand is important to me because a lot of people say that their brand is a lifestyle or a movement but in reality it’s just clothes that portray that. Before I’ve even launched my brand I thought it was important that I’ve already been able to host two culturally significant events. For me that’s an important thing.

10 pieces in total. New pieces would be added periodically.

See the rest of HAWAII’s 2015 collection below: 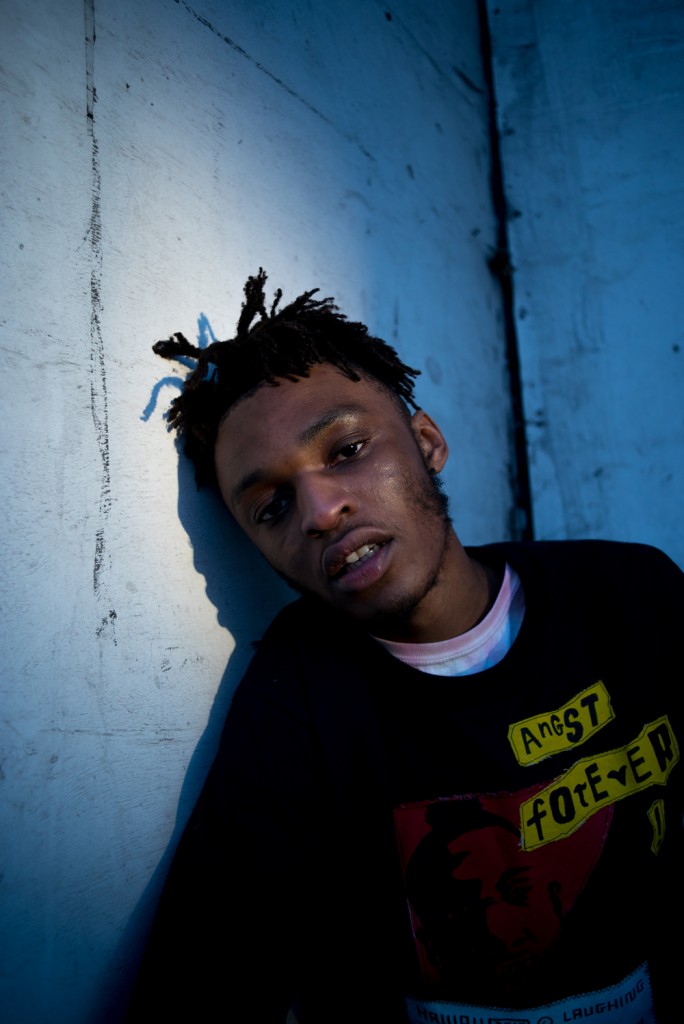 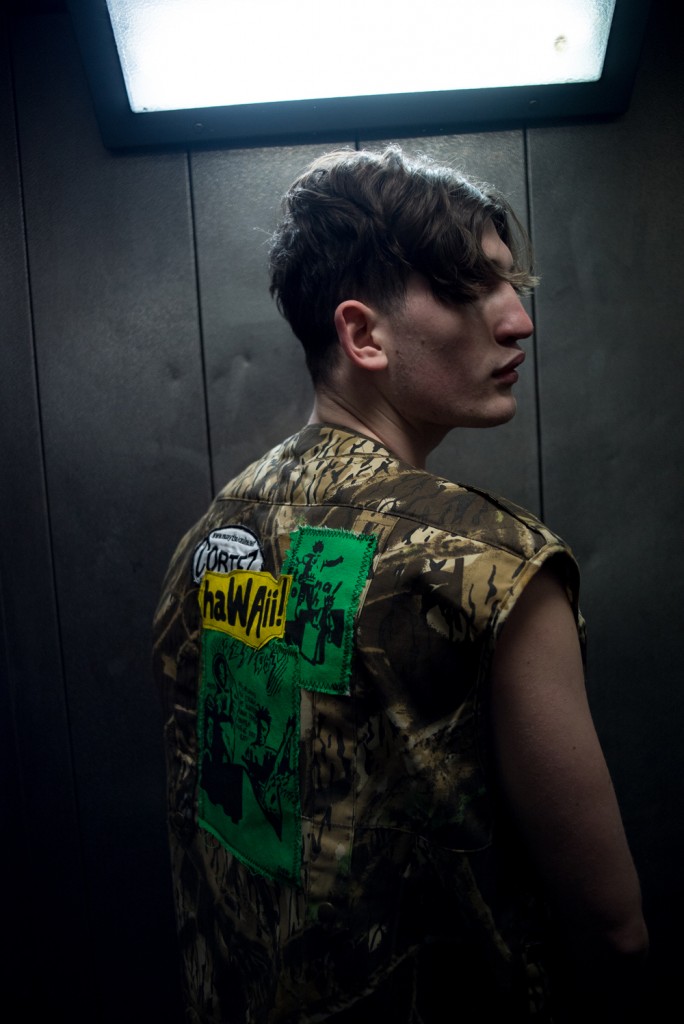 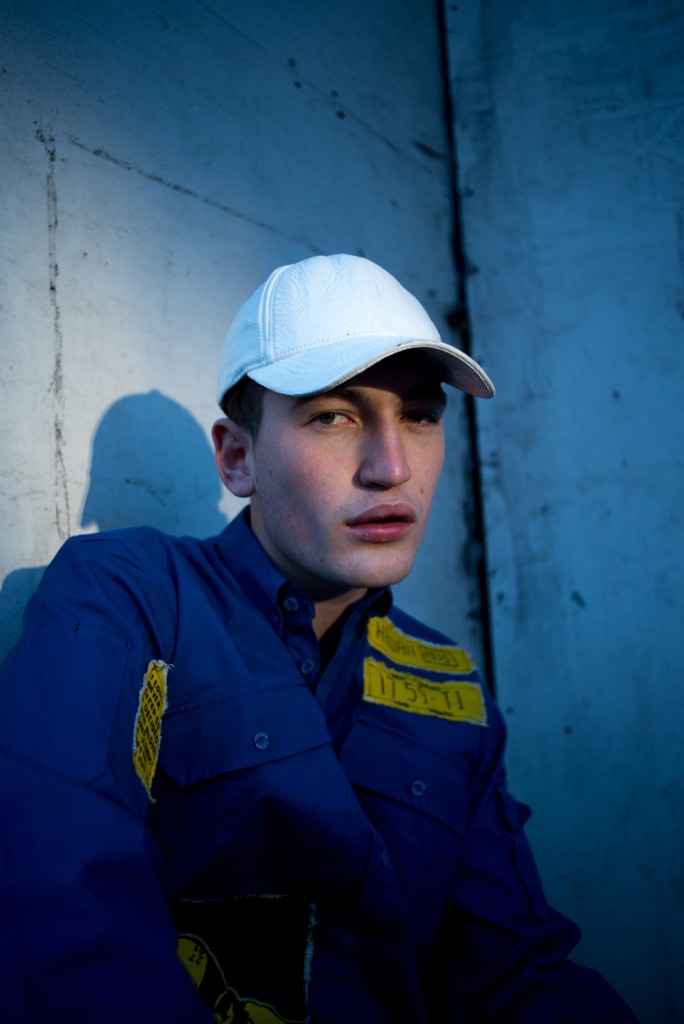 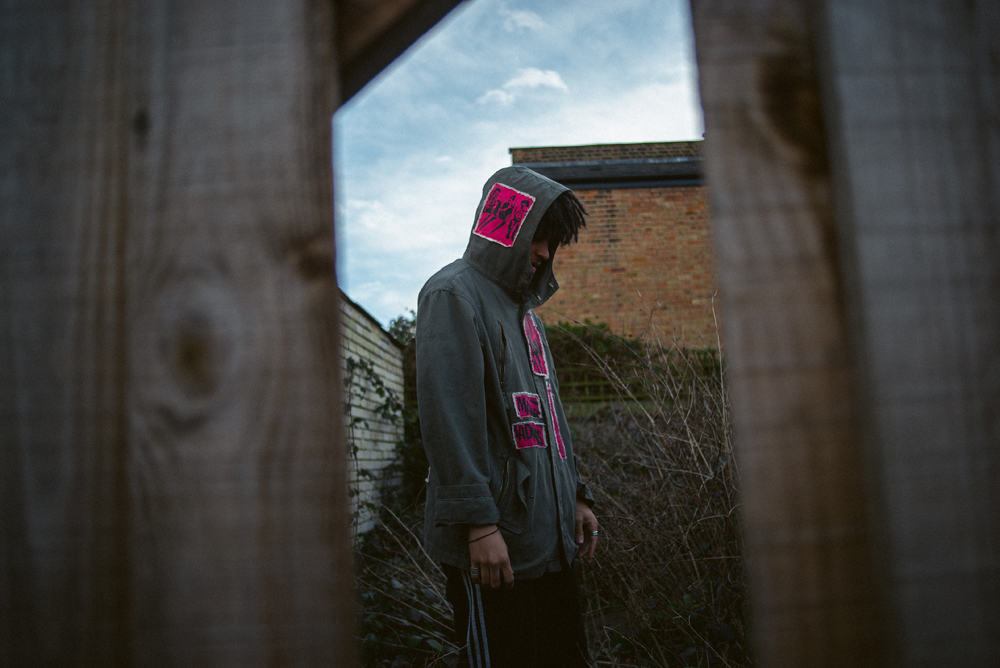 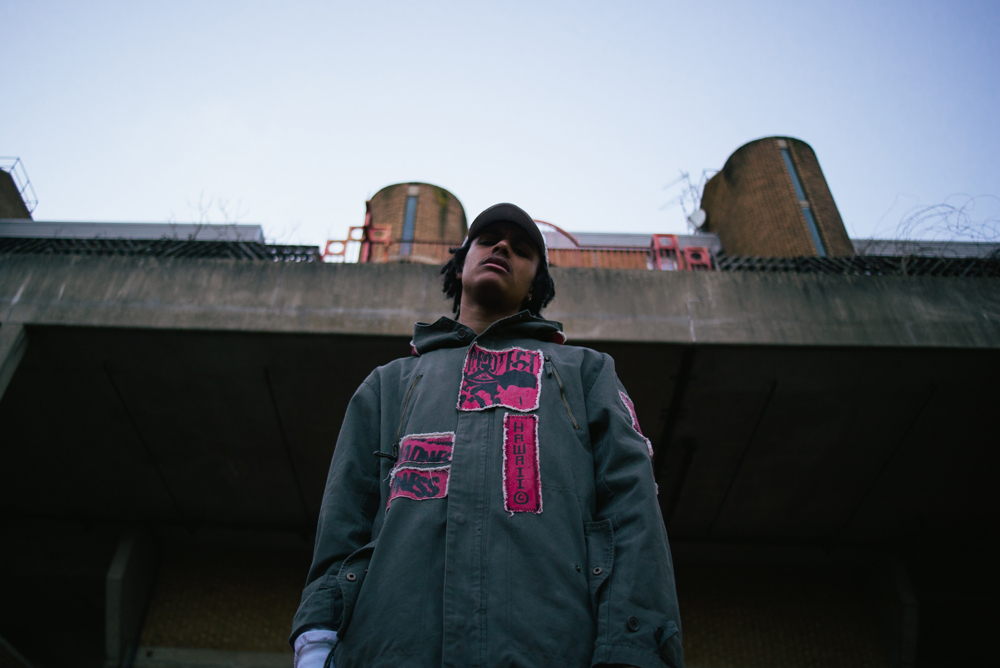 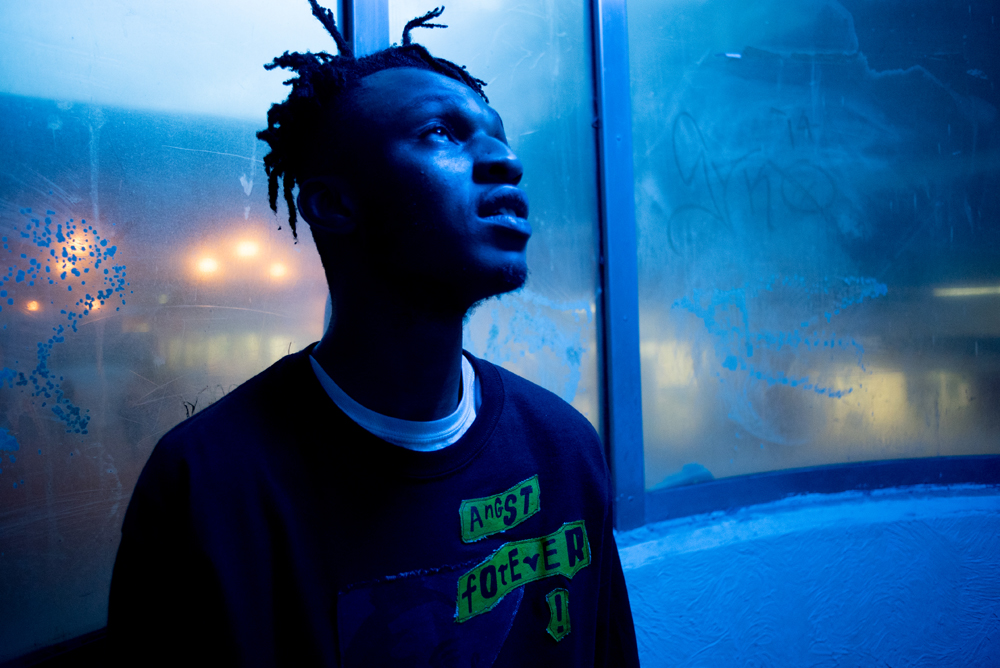 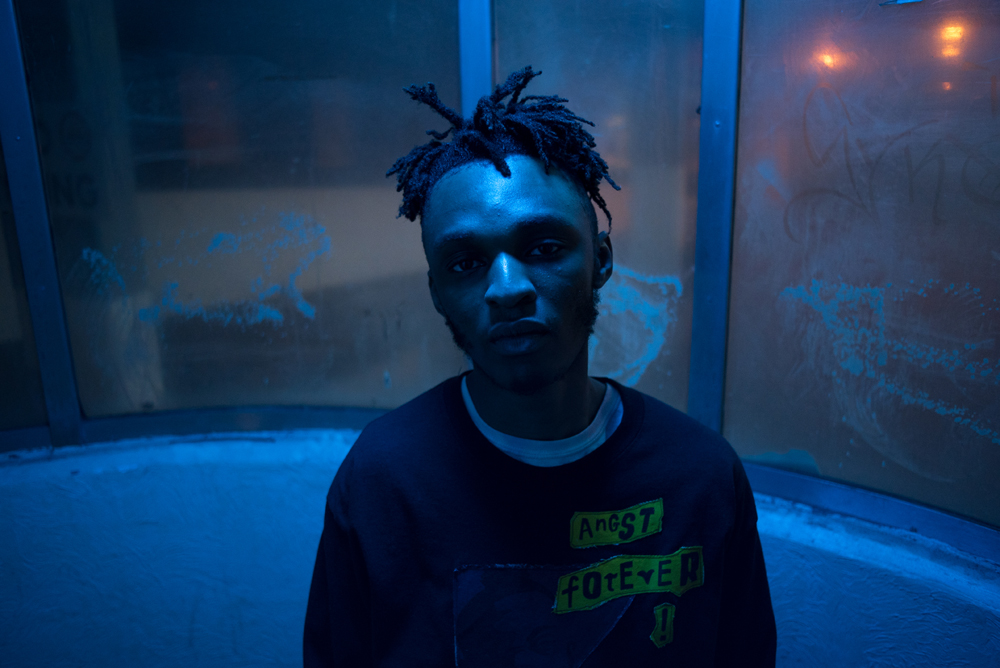 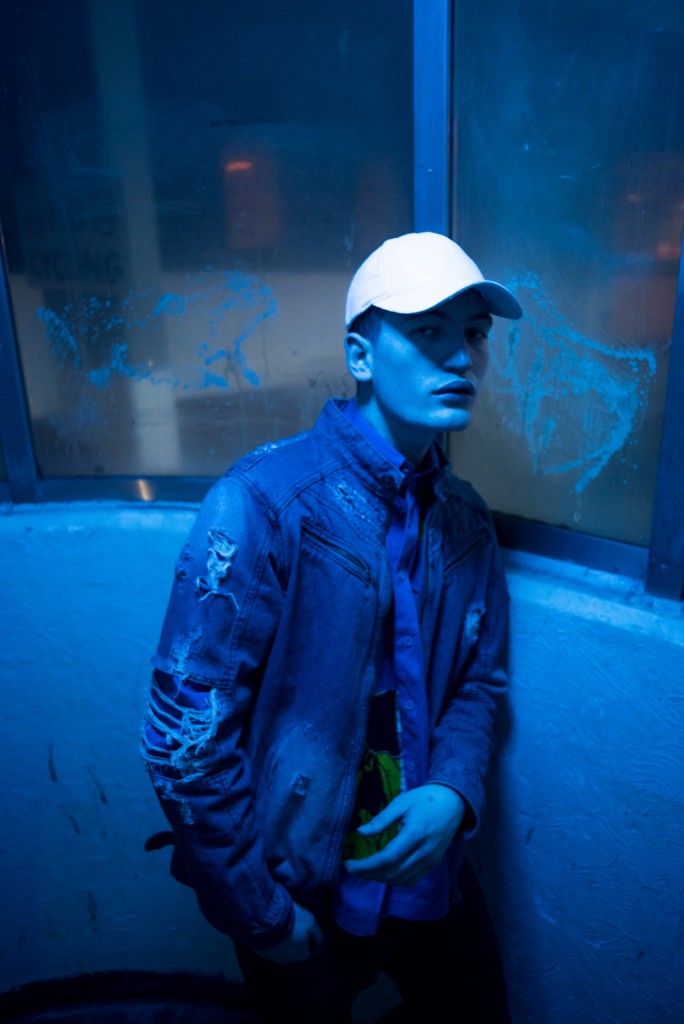 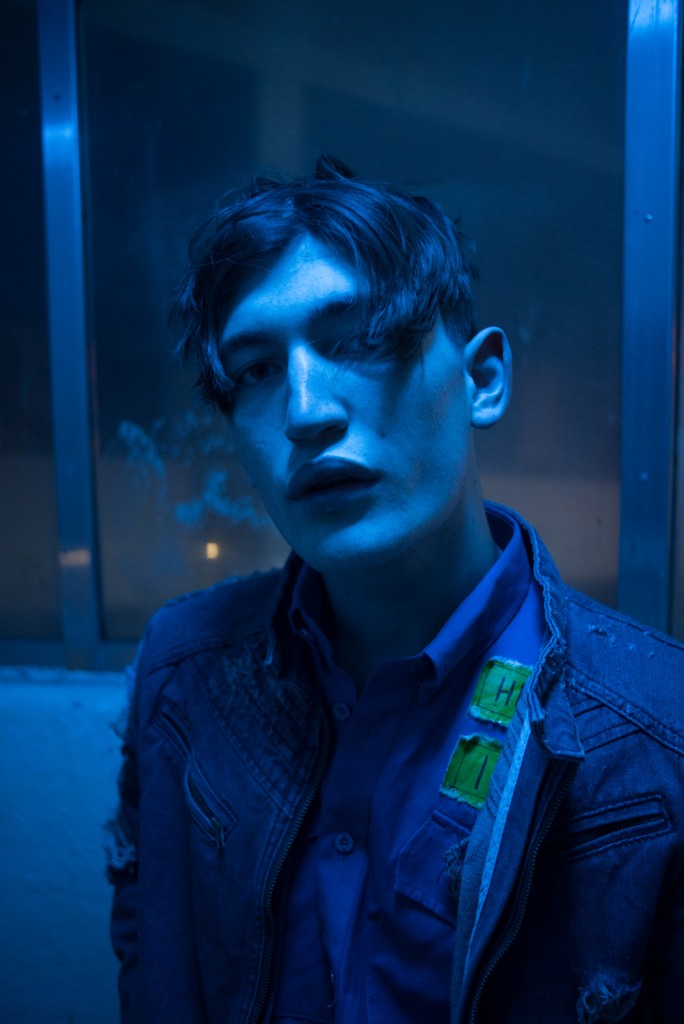 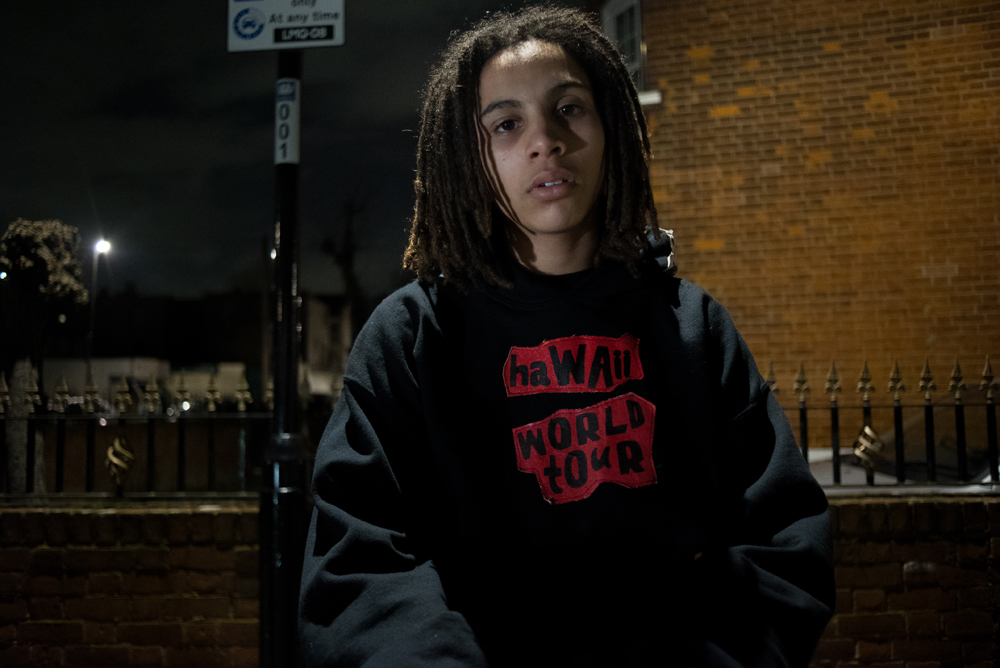 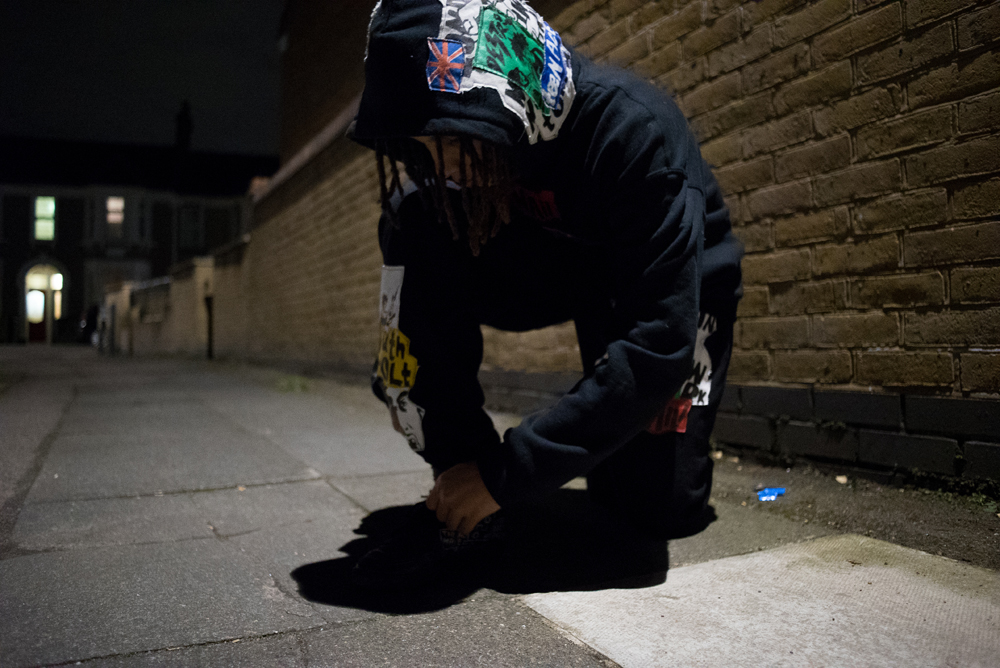 The collection will be available at ryanhawaii.co.uk from the 13th of March. 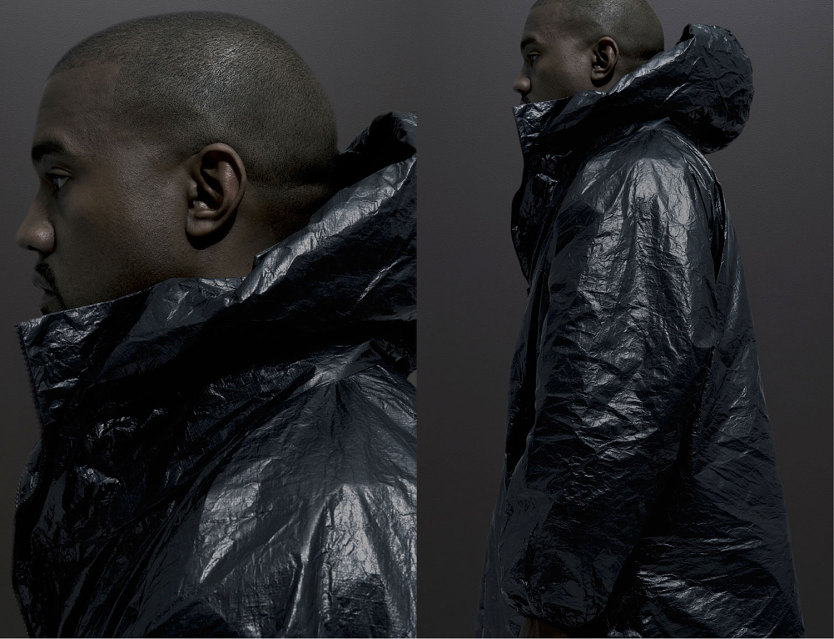