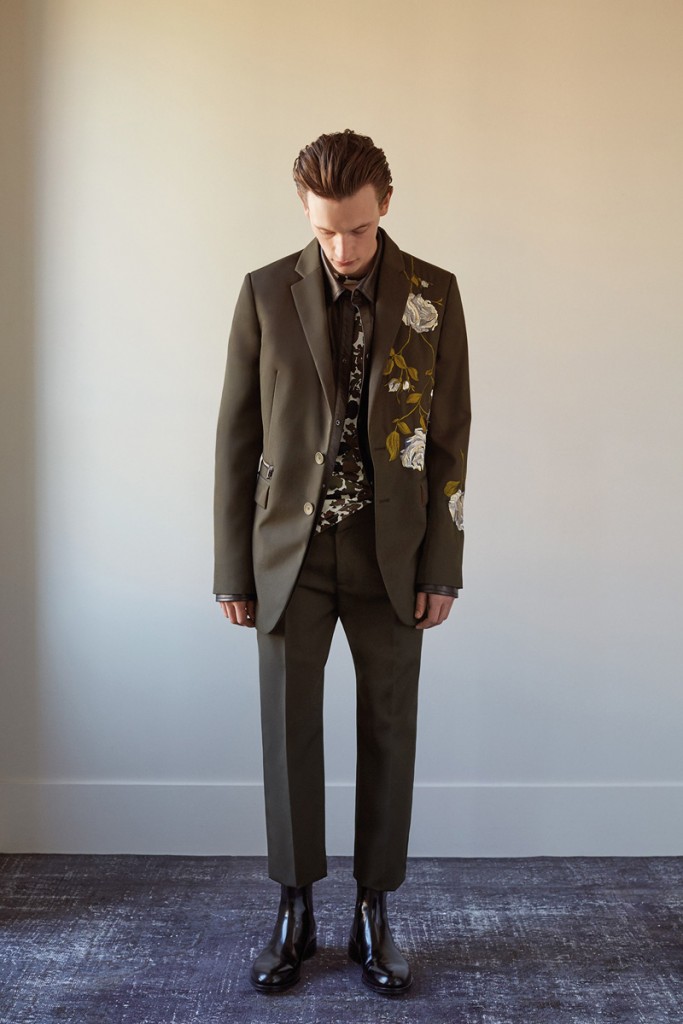 Following the departure of John Galliano five years ago, Bill Gaytten has been the glue that’s been holding the brand together. Having worked with Galliano for around twenty years he knows exactly what the target audience desire and each collection only seems to be getting stronger. For Autumn/Winter Gaytten sourced inspiration from war documentaries, he was particularly interested in the London military ‘demob’ which is the process of soldiers returning home after battle and adjusting to everyday life. Other sources of inspiration came from Cecil Beaton’s photos of war torn London and Winston Churchill’s pinstriped suits.

The collection is wearable, easy to style and has a vintage feel without being old-fashioned. Garments include cargo pants, turtleneck sweaters, suits with floral embroidery, coats with drawstring waists and soft shearling bomber jackets. The colour palette includes khaki, grey, brown, burgundy with splashes of orange and navy. The common camouflage print has been reworked in a silver and grey jacquard. Modernity came in the form of shiny patent black boots. It’s rare when a designer can be influenced significantly without taking the inspiration too literally, Gaytten is the rarity. 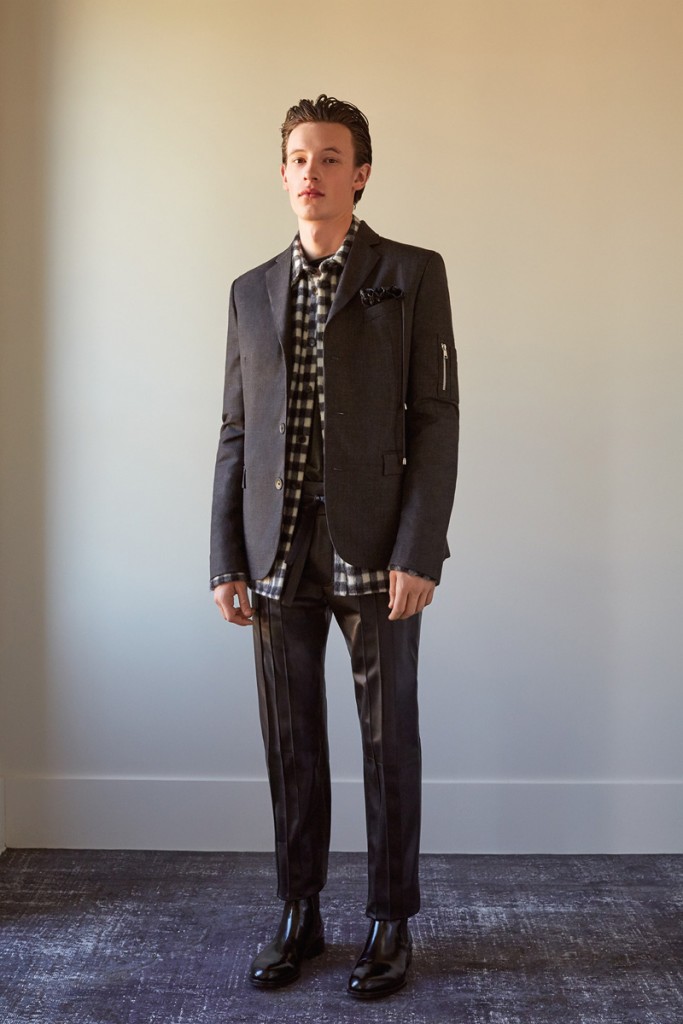 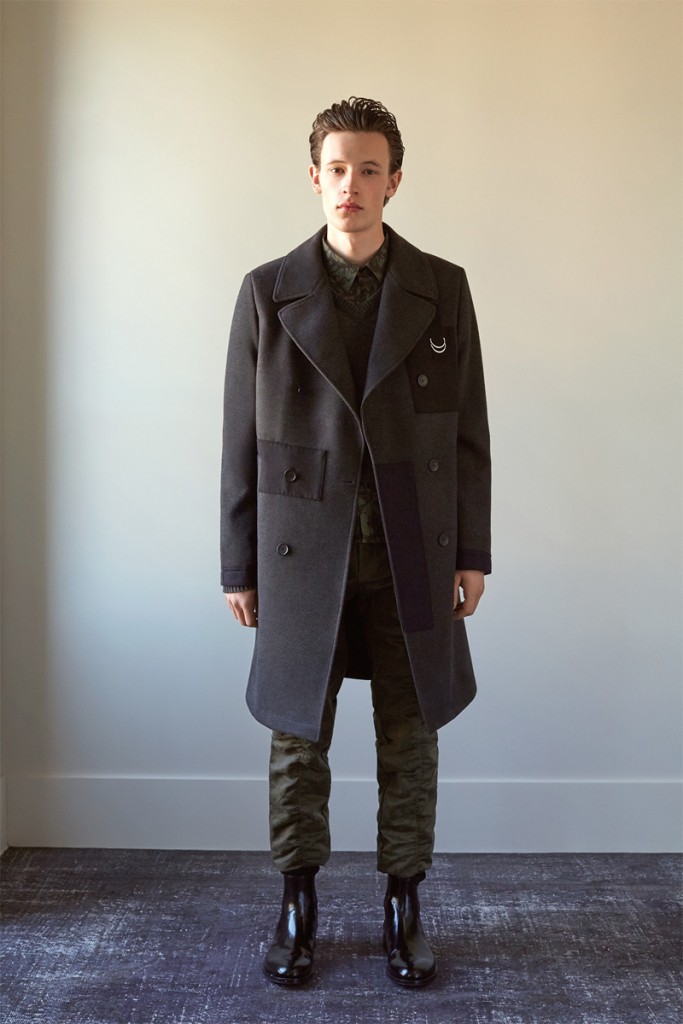 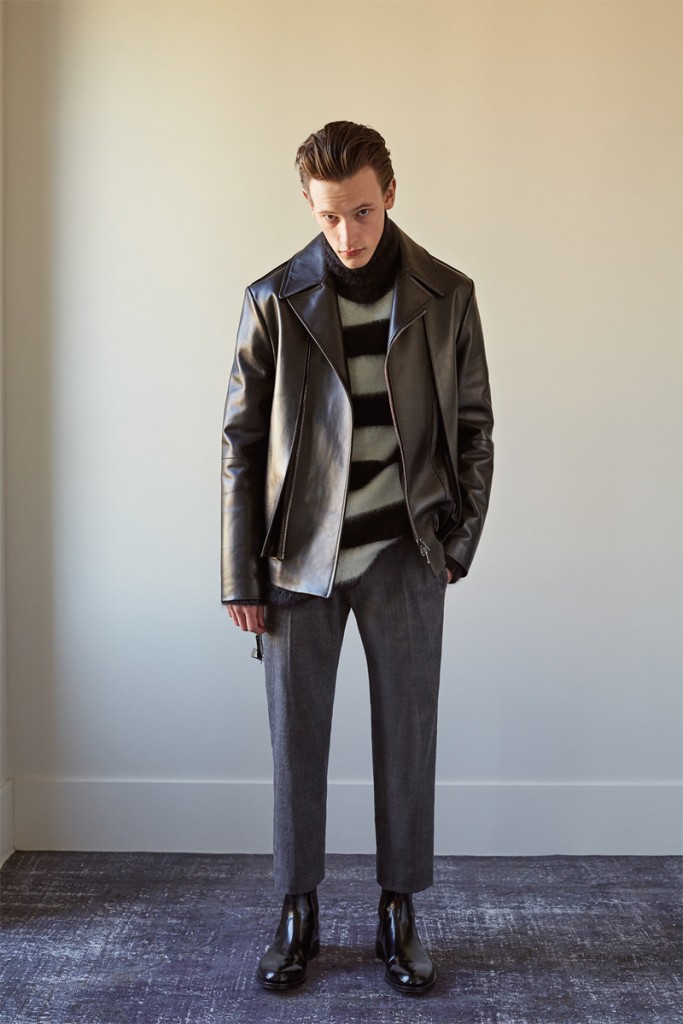 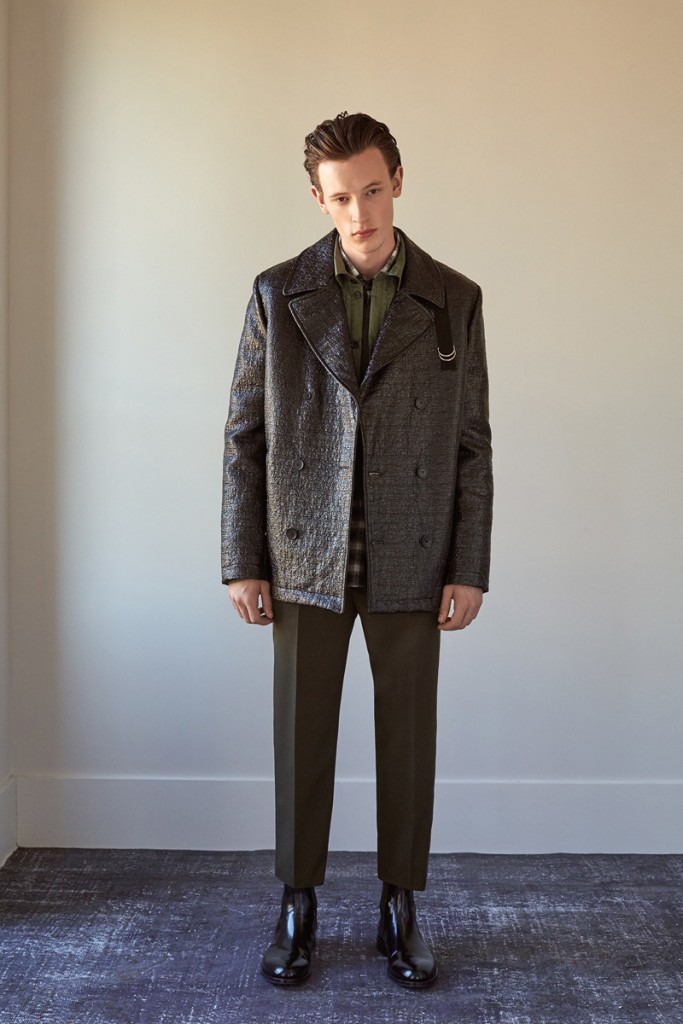 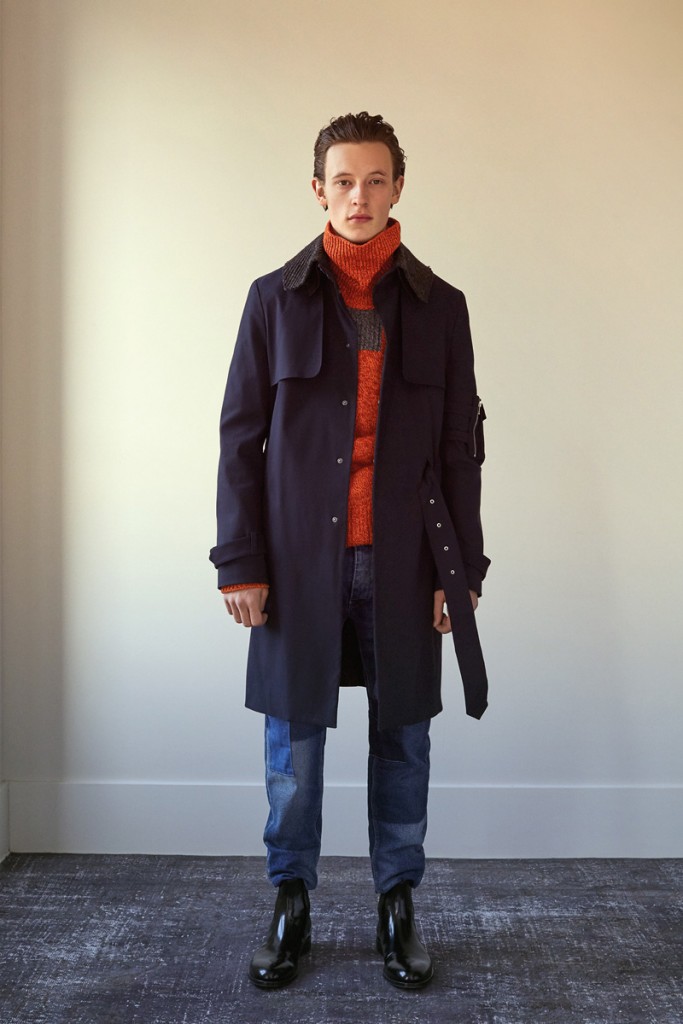 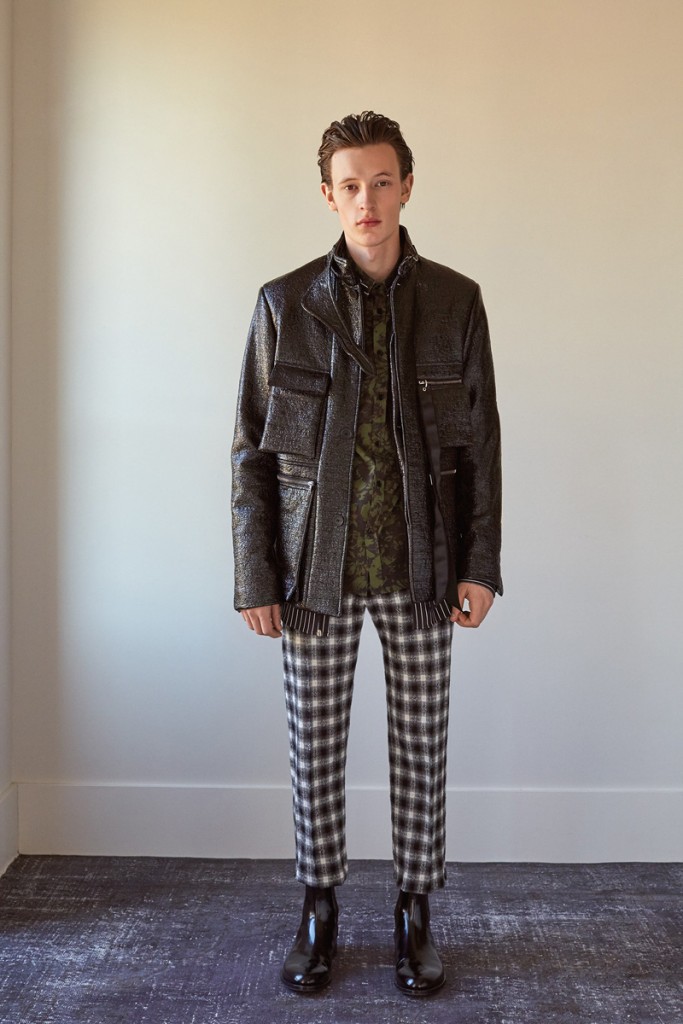 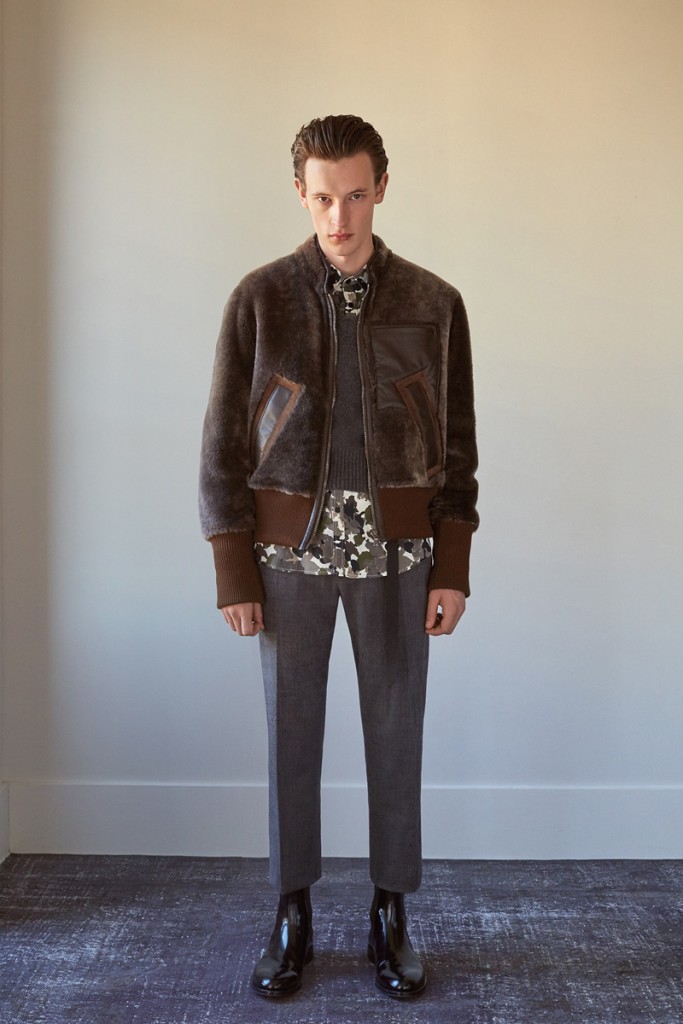 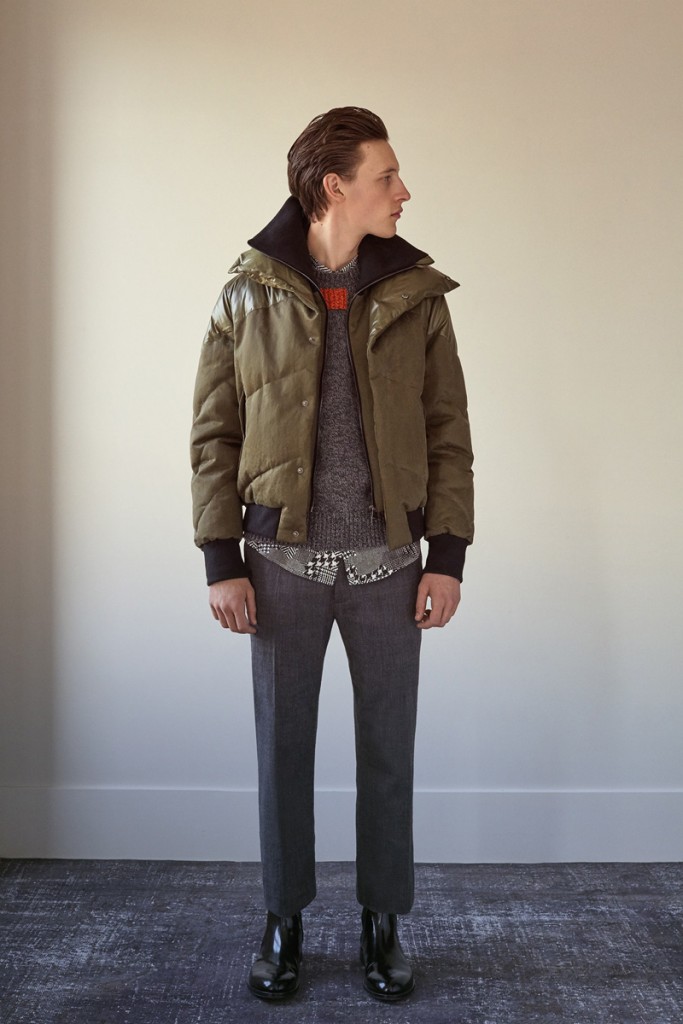 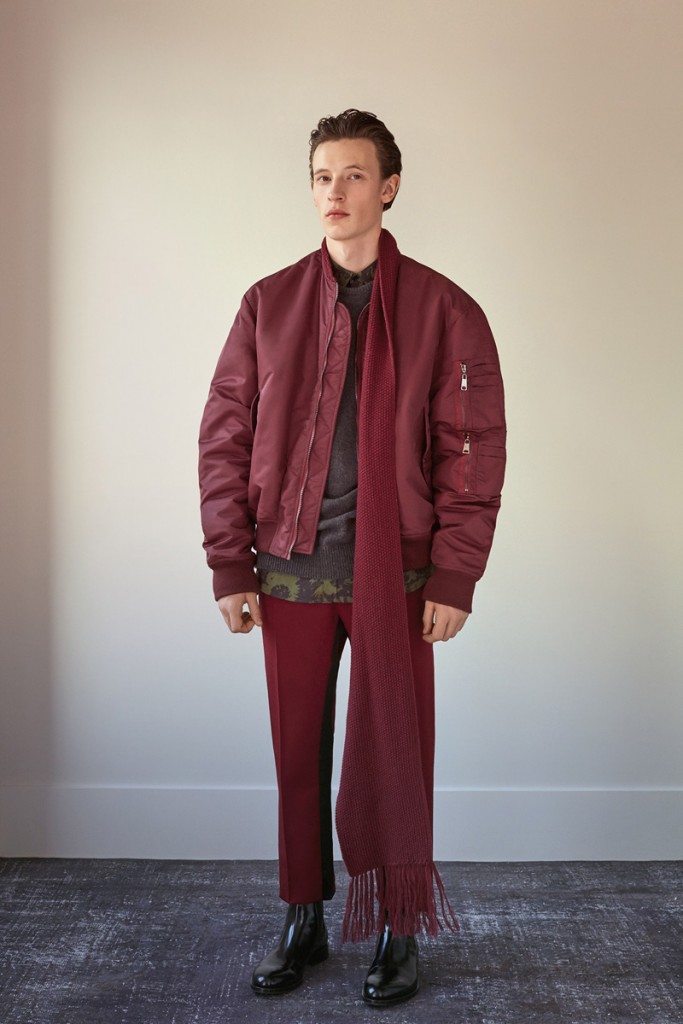 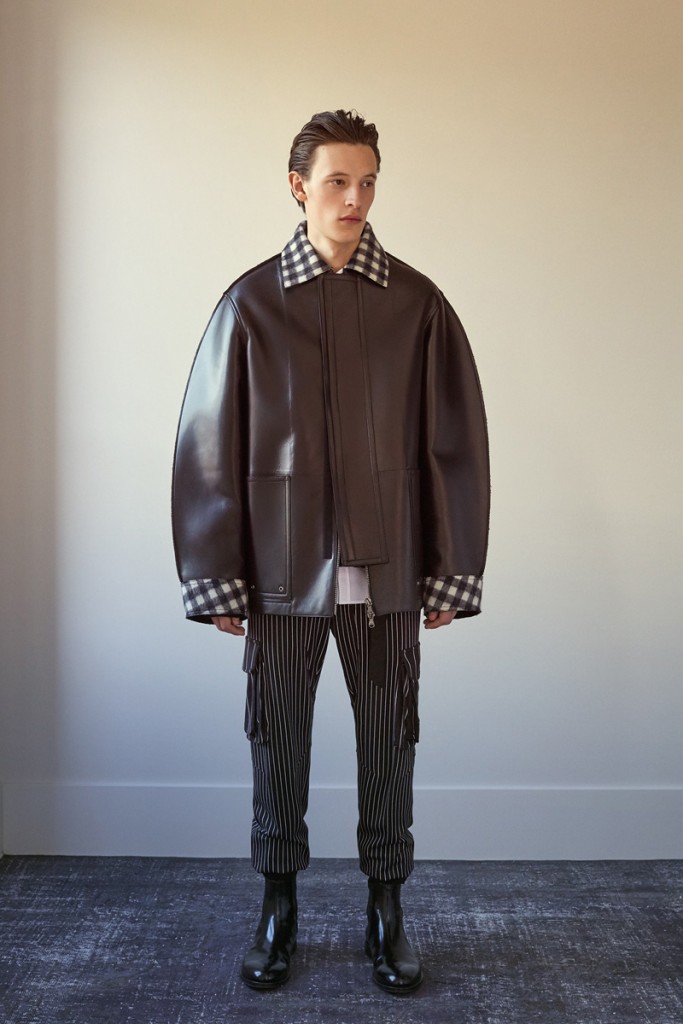 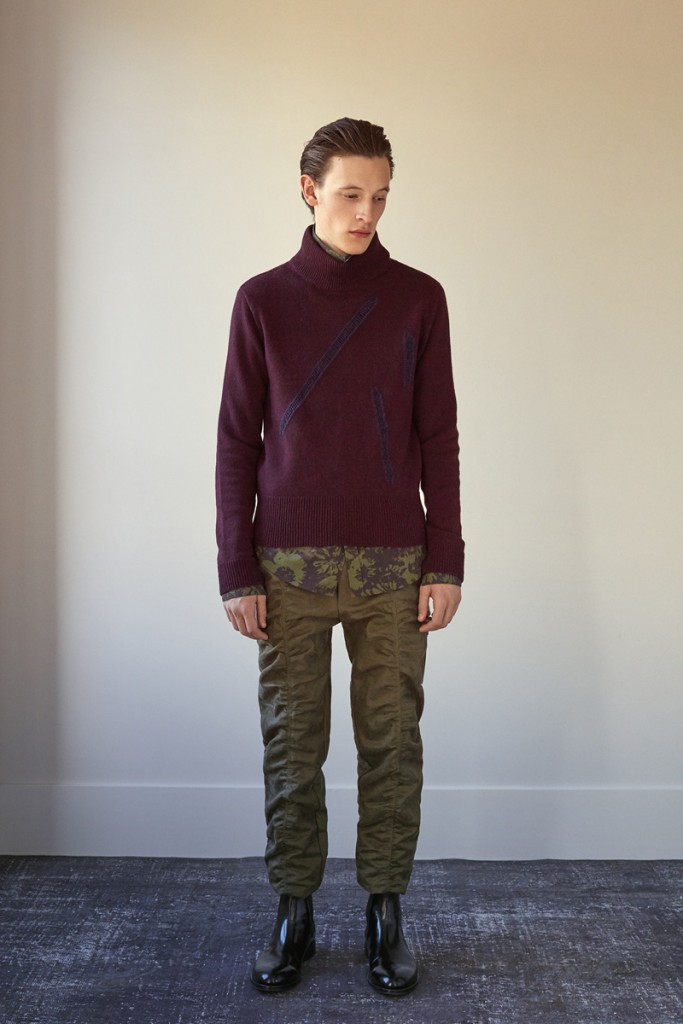 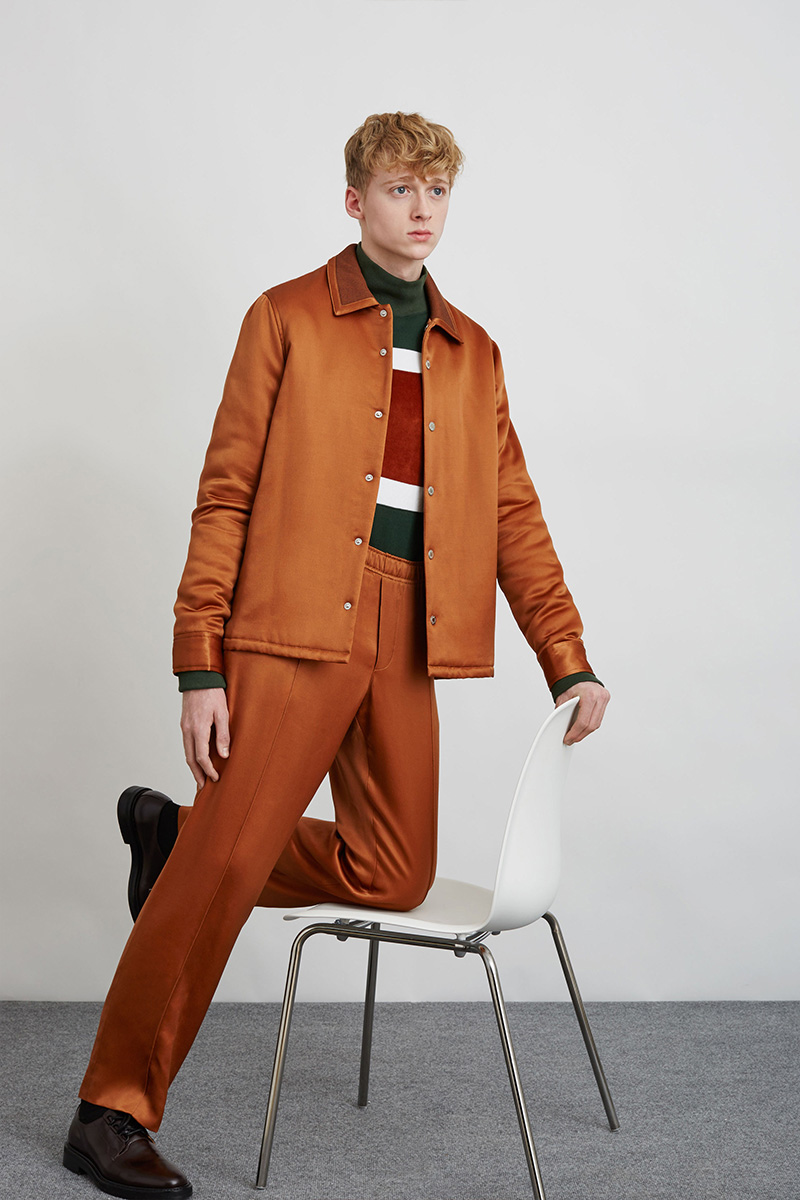