PAUSE or Skip: Menswear at Coachella 2016

Coachella has kicked its first weekend and musical artists and celebs hit the stage with the best and the most interesting outfits. Here’s the list of the Coachella festival attendants: so, let’s PAUSE and SKIP the most eccentric ensembles…. 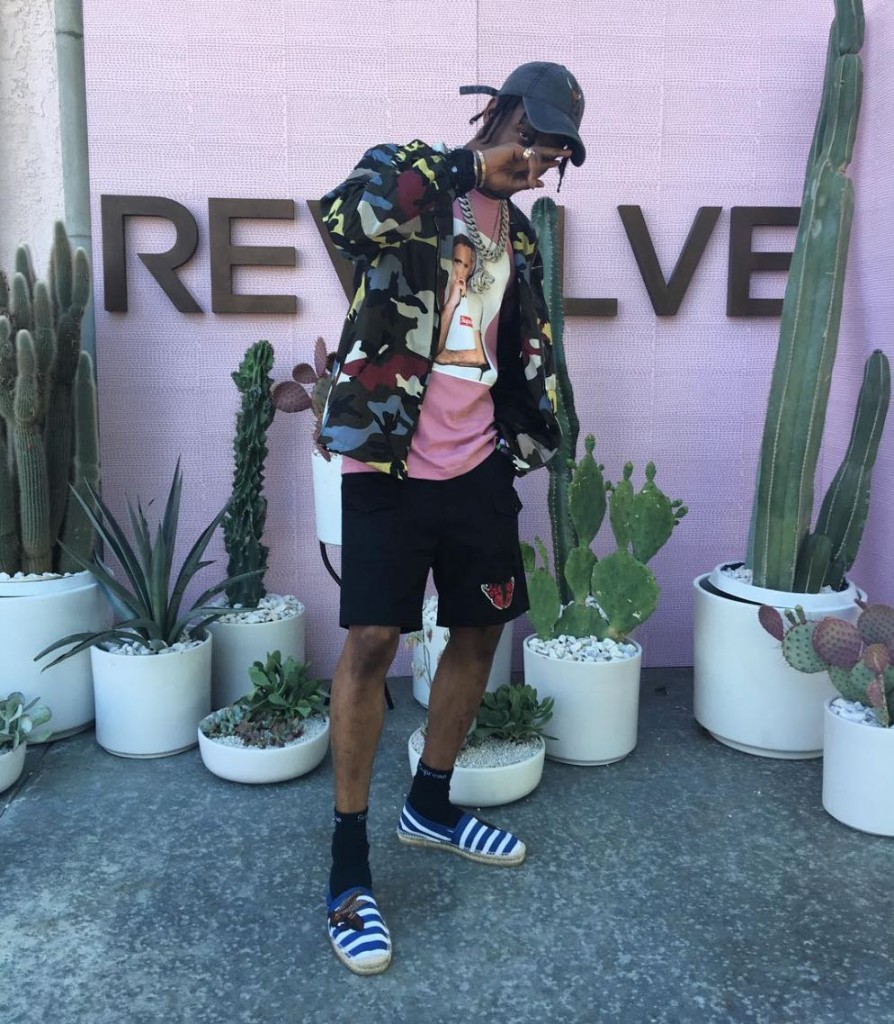 We at PAUSE love Travis Scott however we are definitely not into this mix-and-match outfit: a camouflage jacket combined with a pair of striped espadrilles? Not today, Travis, not today. 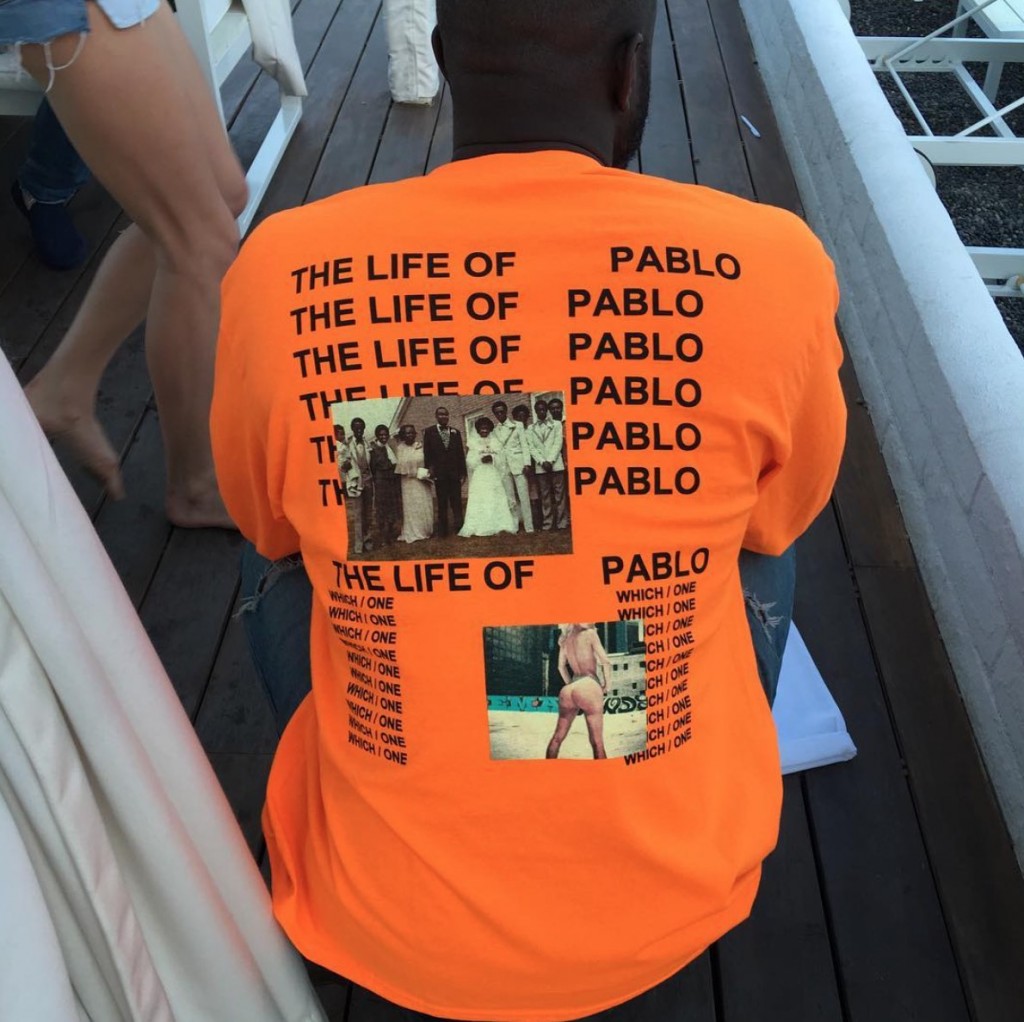 Virgil Abloh rocked the best print t-shirt behind the stages at Coachella. The Creative Director payed a tribute to Kanye West’s Life of Pablo, wearing the imagery of the album: now, we at PAUSE really need that t-shirt. 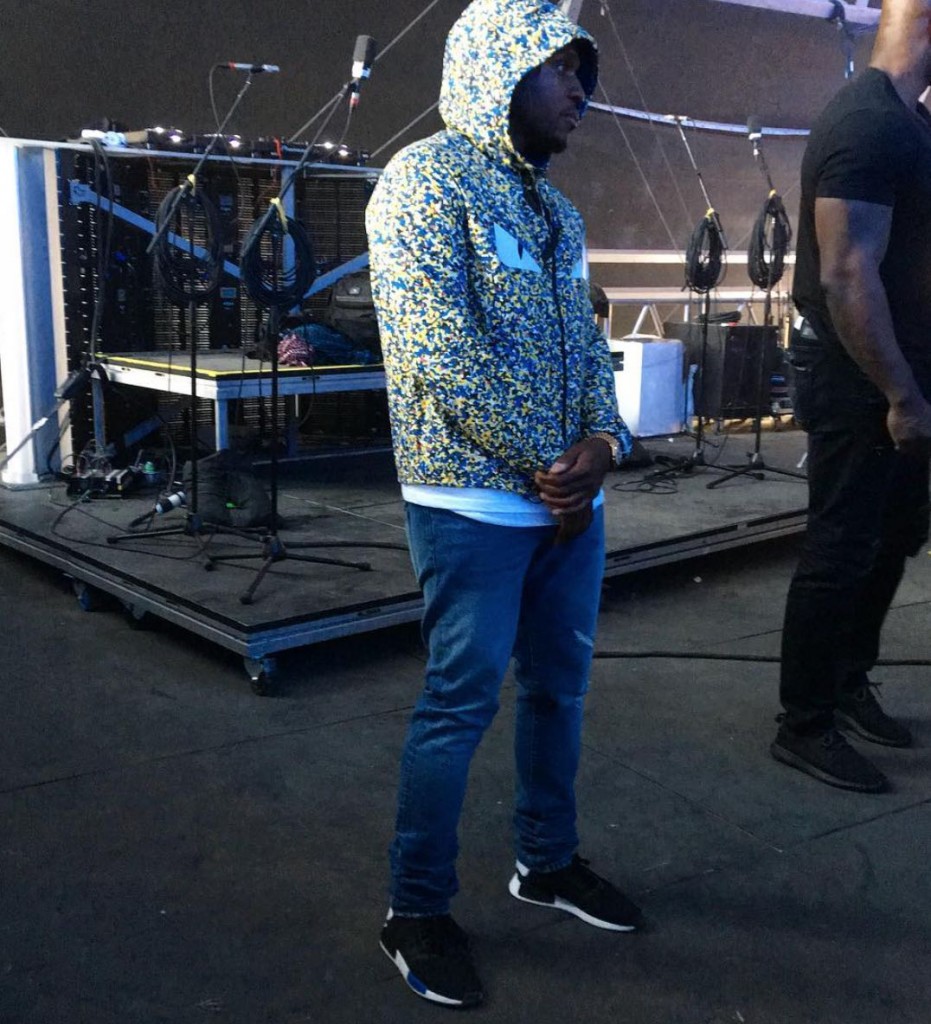 The hip hop artist opted for a statement Fendi Bag Bugs windbreaker at the Coachella festival as well as a pair of Adidas Originals sneakers. 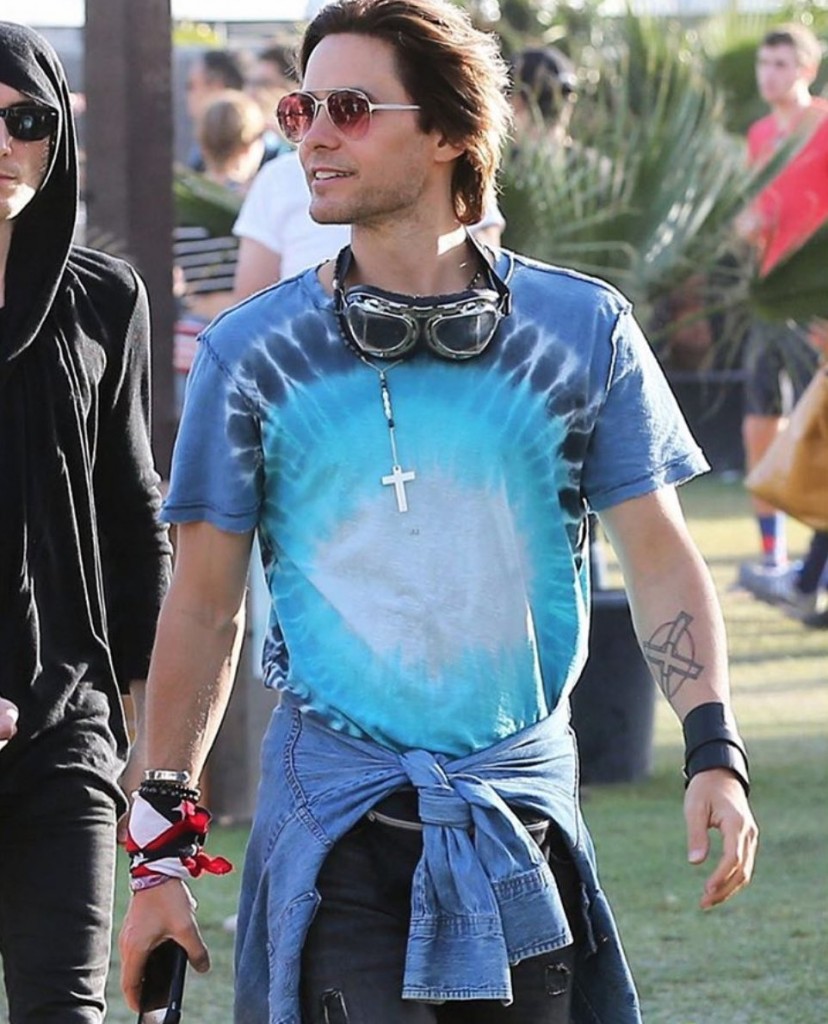 The Suicide Squad actor tried a Baja East tie dye t-shirt with a denim jacket around the waist. We don’t really understand the reason behind the goggles but after all, this is Coachella… 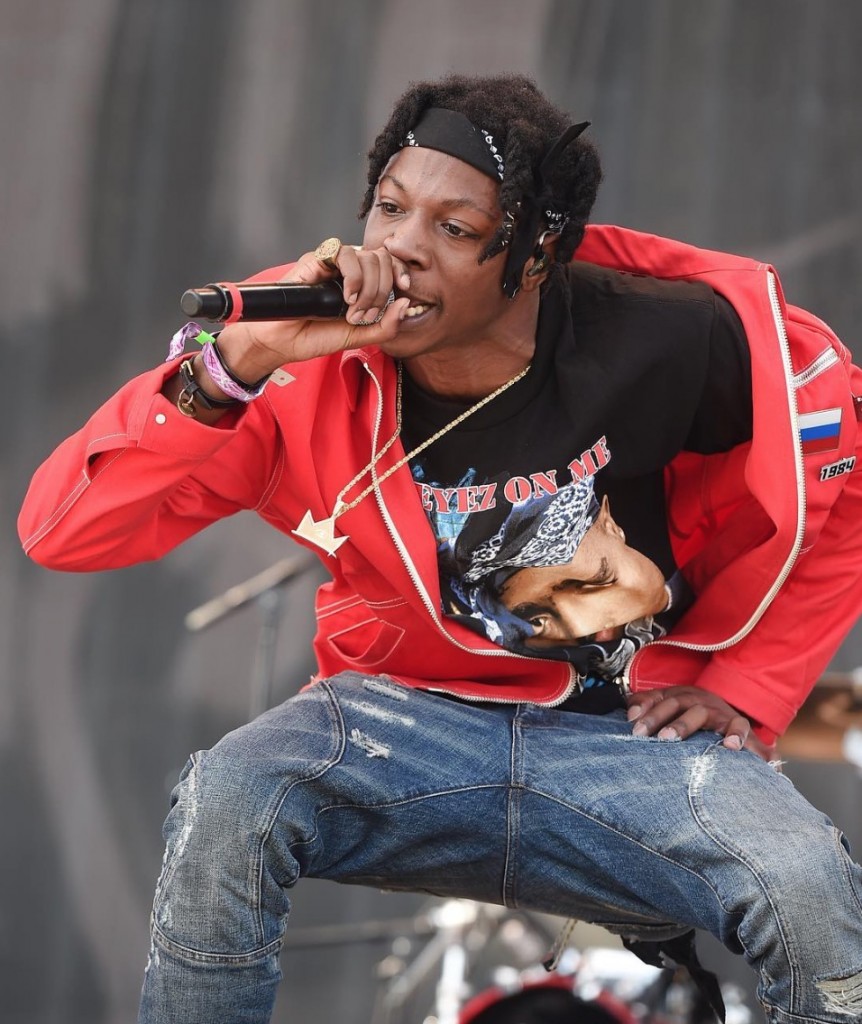 Rapper Joey Badass hit the stage with a Tupac t-shirt and a Gosha Rubchinskiy red jacket: the right combination, at the right time. 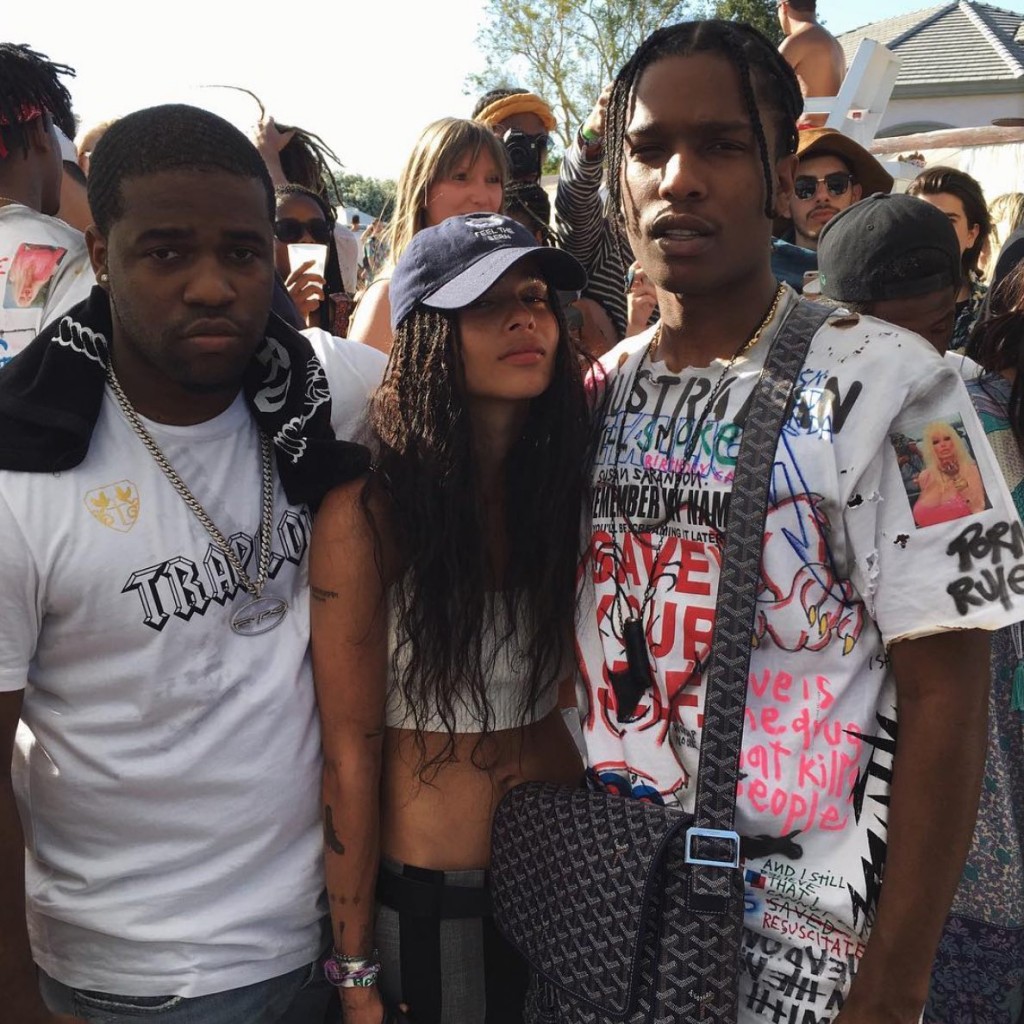 The duo hung out with Zoe Isabella Kravitz in the crowds of the music festival, respectively wearing a Himumimdead print top and a Goyard Urbain cross body bag for Rocky and a Trap Lord t-shirt and a matching towel. Squad goals. 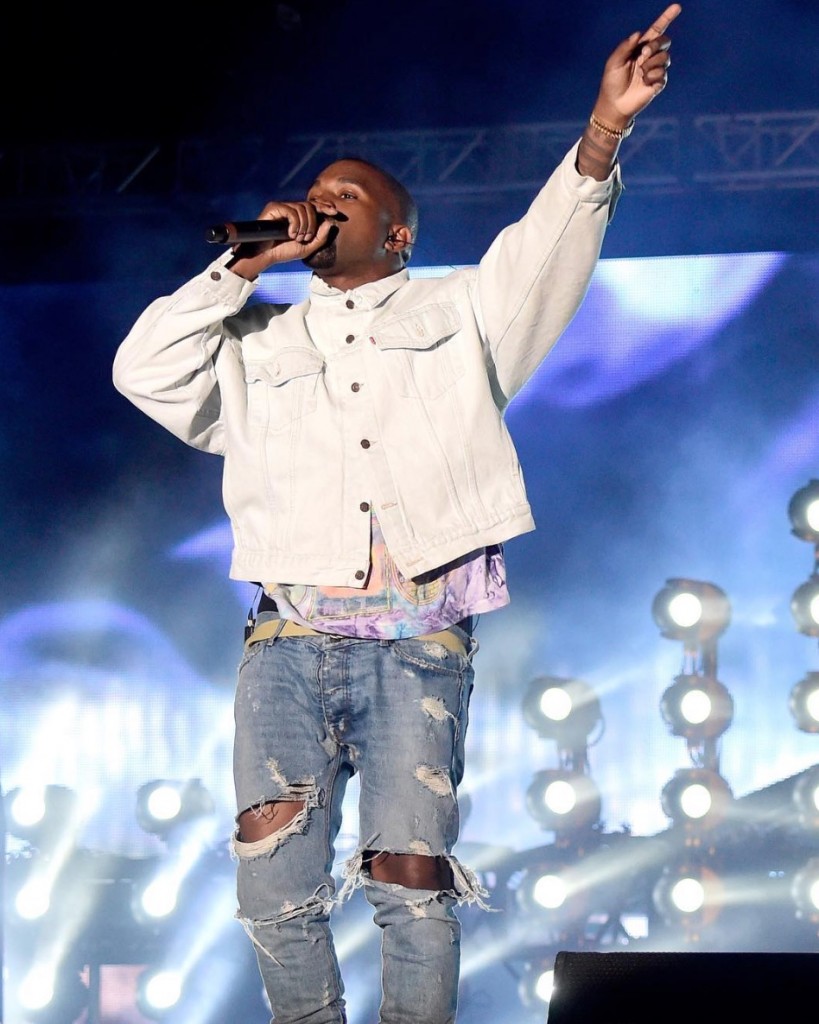 Kanye West pulled out the total denim look. Surprising the crowd with during ASAP Rocky’s set, Kanye West wore a Levi’s vintage jacket as well as pair of ripped jeans and his Yeezy 1050 boots. 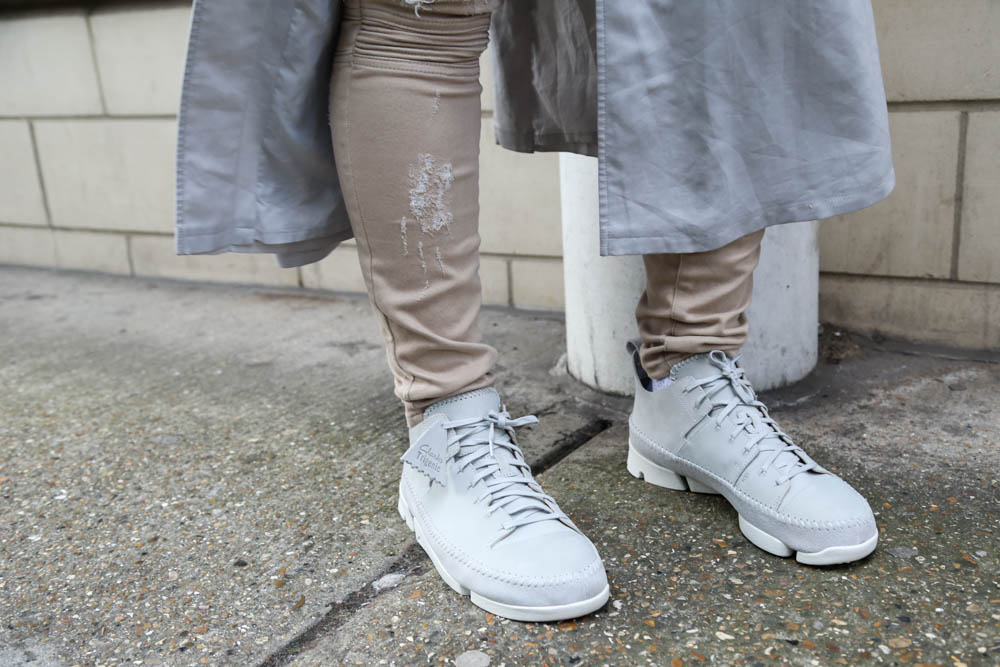