Online digital gallery website Hearing Visuals has been known for sharing a new age of artists and designers on its platform by exposing their work to a larger audience. GREY, which is produced by Hearing Visual is a clothing line designed by the collective; distributed through Shoppe on its website. We at PAUSE spoke with Michael about his upcoming brand GREY and the idea/inspiration behind it. 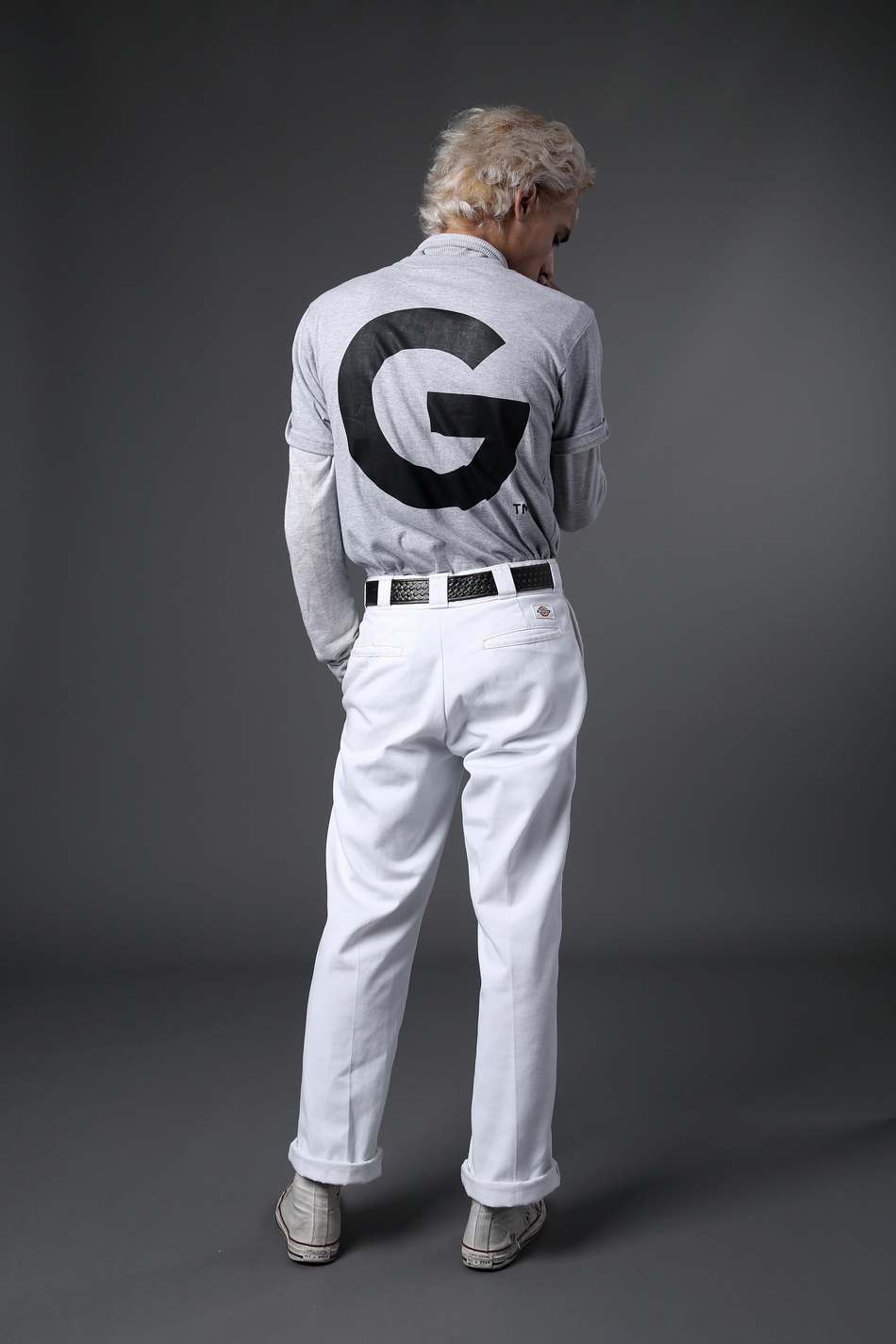 Who are you and what do yo do?

Michael by government but I go by Saint, I am a 23 year old Art+Design student at NC State, formerly Parsons in NY. Besides clothing and finishing school, I dabble in art direction and design for clients and personal projects, watch a lot of anime and, hang out with a few close friends.

Growing up, my friends and I didn’t fit in to a particular category. I’m from a small town so everything is mostly black and white there, you’re either this or that, it makes things easier for the people there to try and box you in. We didn’t agree with this though and just always did our own things, whatever was fun or made us happy. I would literally go skate after school for an hour or 2 then go to the outside courts in my neighborhood and play basketball with an entirely different set of people. Of course the question was always asked “why do you hang out with so and so?” Or “why are you skateboarding? Do you think you’re white? Even though that was never the case, I was just being myself yah know? 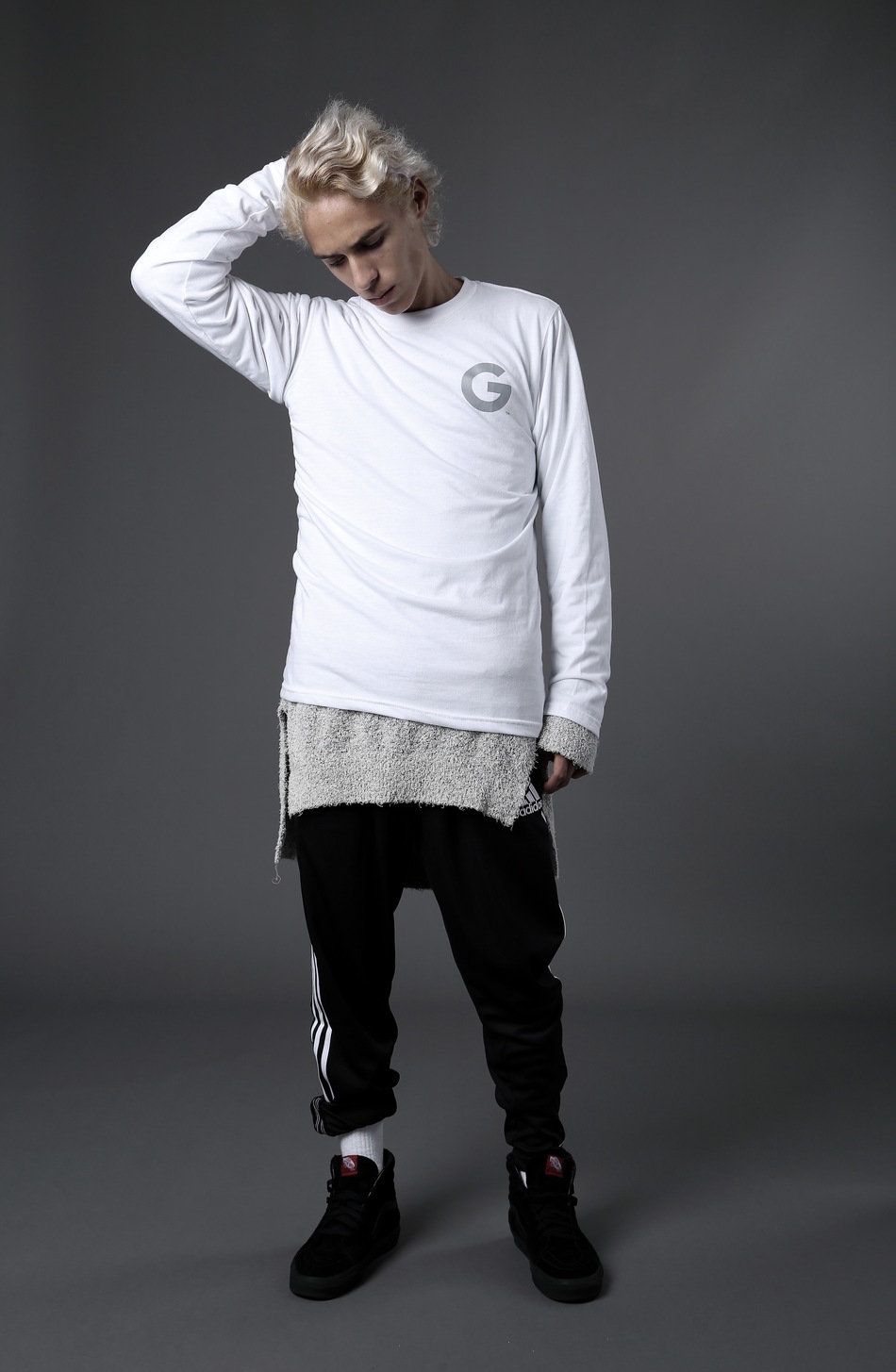 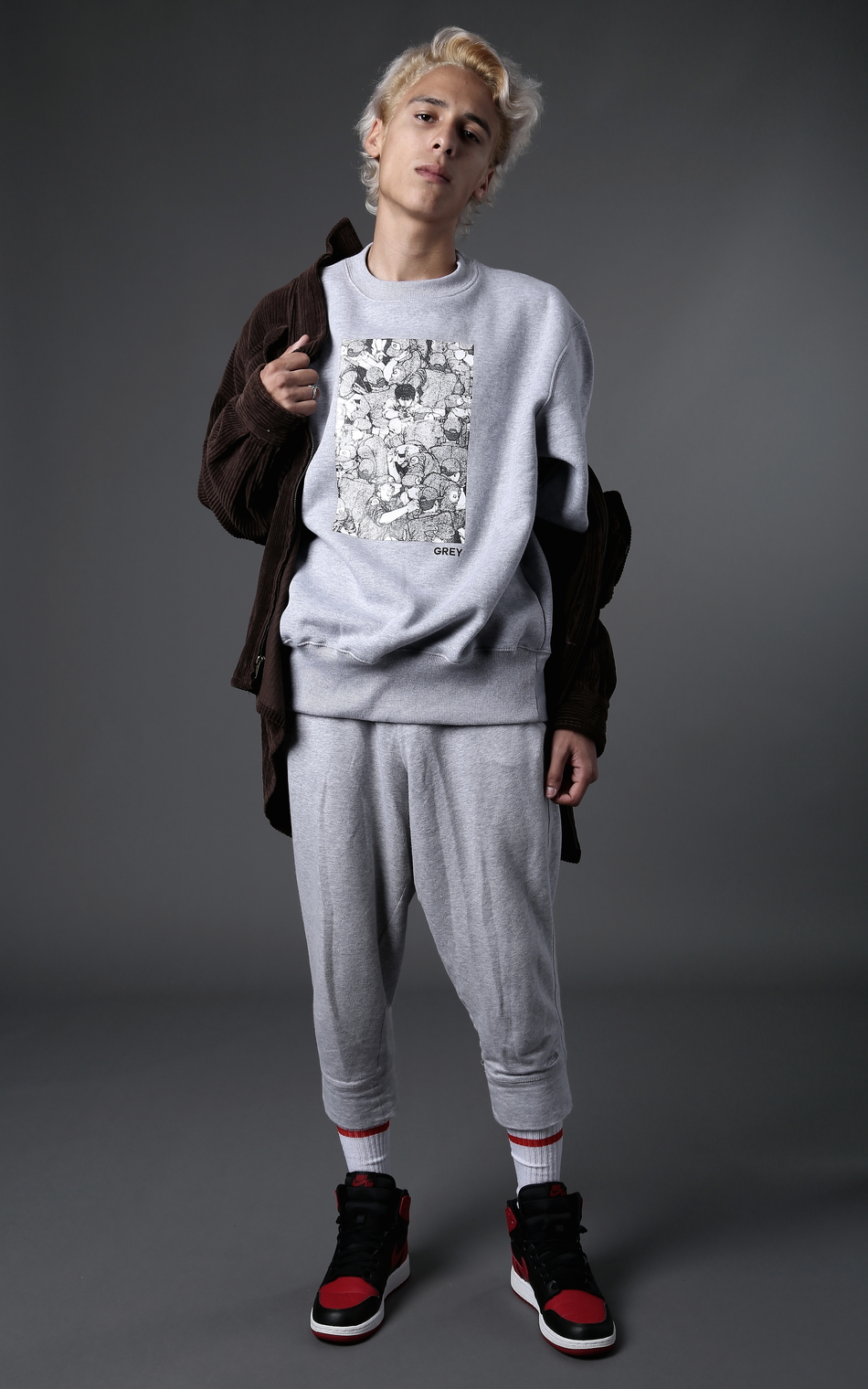 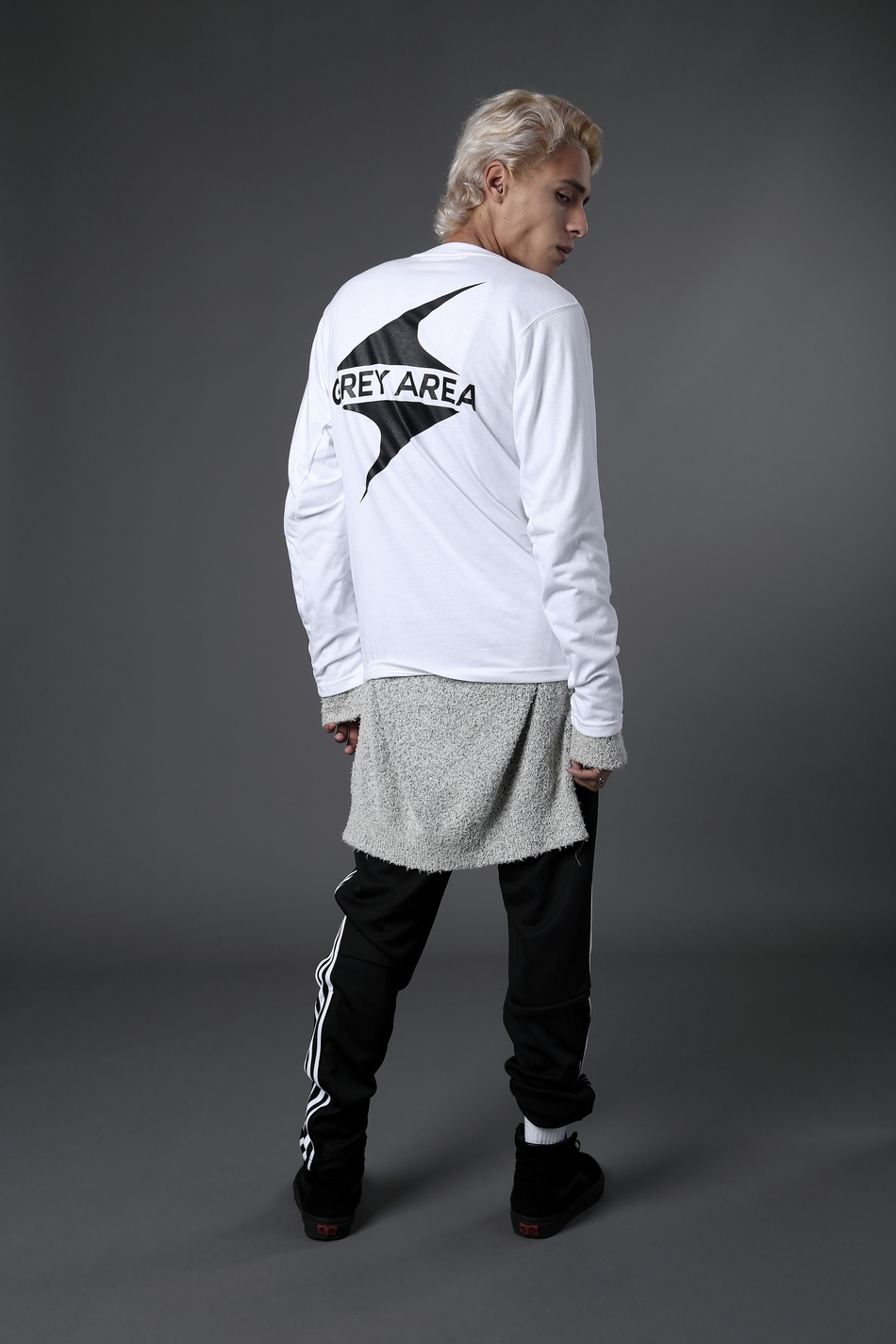 So how did those experiences translate into clothing for you?

It played a major role because it dictated how I dressed. I never liked what people were wearing because they all looked like clones. I would do things like wear D.C. sneakers or vans with tech decks in the laces with a jersey or something, kinda mixing two different cultures. I think that’s what GREY is at it’s core because there wasn’t something I could wear that was cool

Around all of my friends like the skaters and the hoopers follow me? So with GREY, we just wanted to bottle that lifestyle up and give it to the “gray area” kids who may not have a lot of money but want something cool to wear that’s comfortable and cool around anyone they’re with.

Right, there’s more to the brand than just the clothing? It’s deeper?

Exactly! GREY is a lifestyle, a mentality, for the kids that grew up or are growing up in the “gray area” in life. It’s not race or gender sensitive, it’s for anyone who may have experienced the feelings of being shunned or judged because they don’t fit into a certain category. Thats why we entitled the first collection “Welcome Home”, GREY is a place for them to be themselves without judgement. 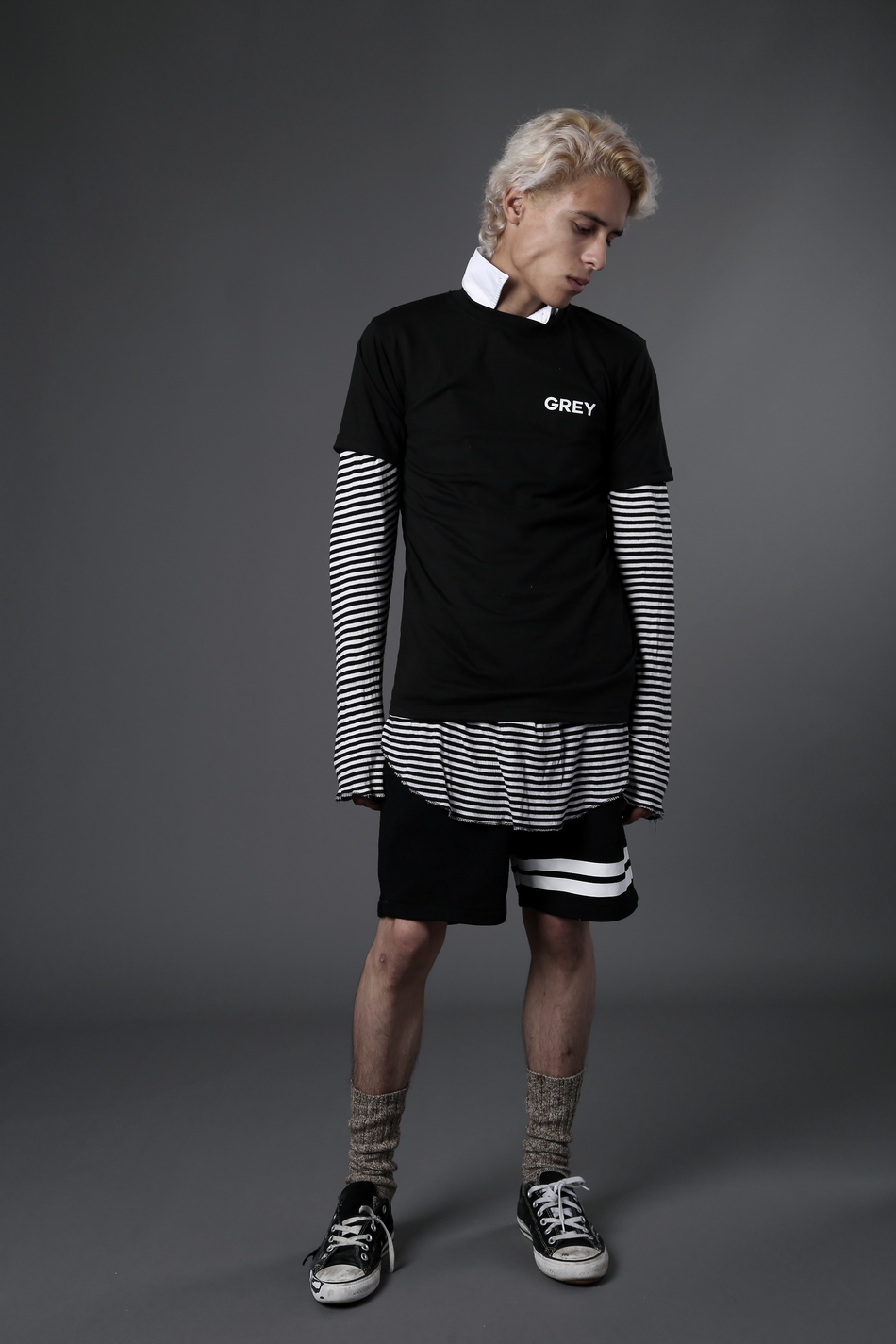 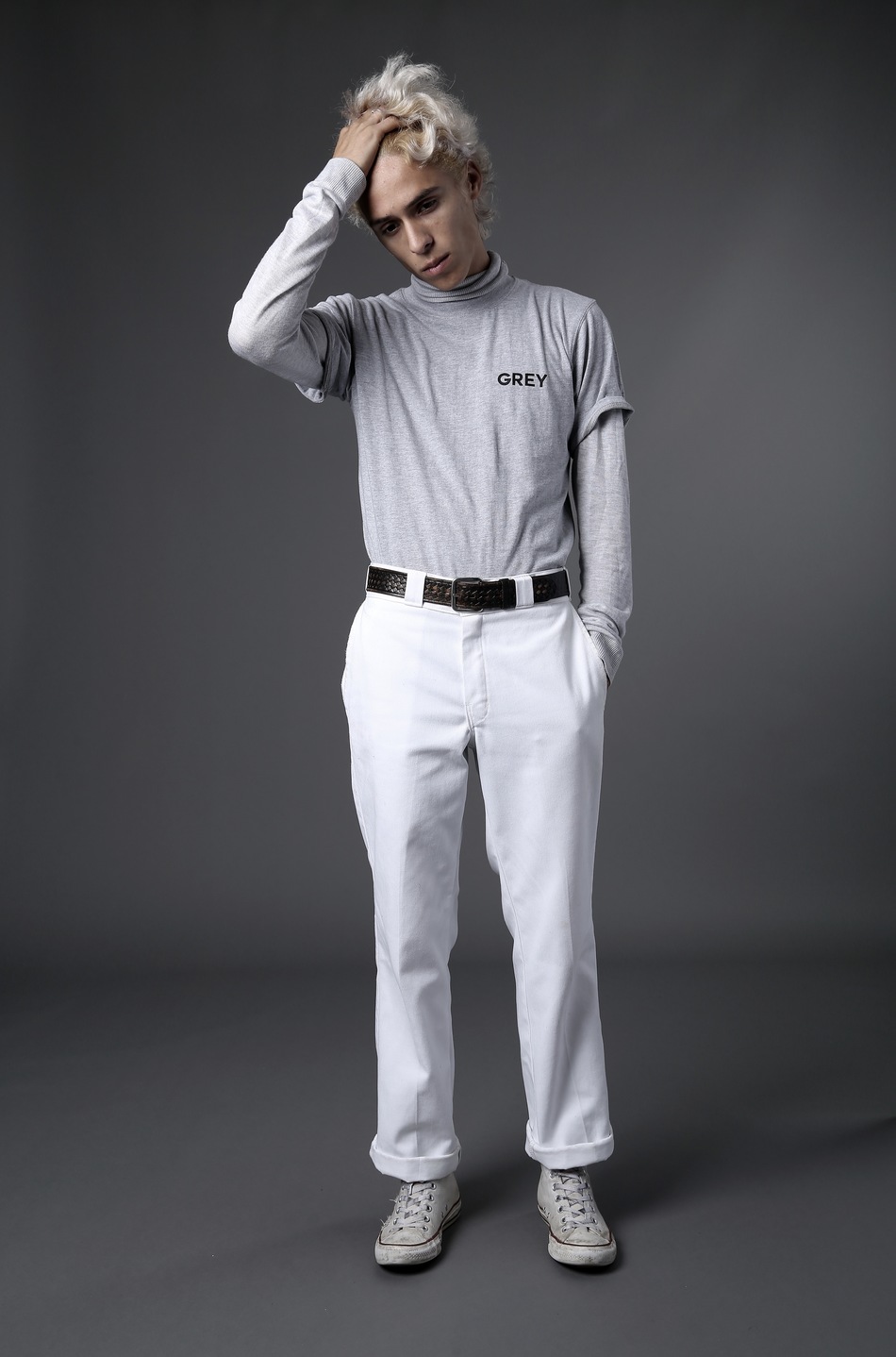 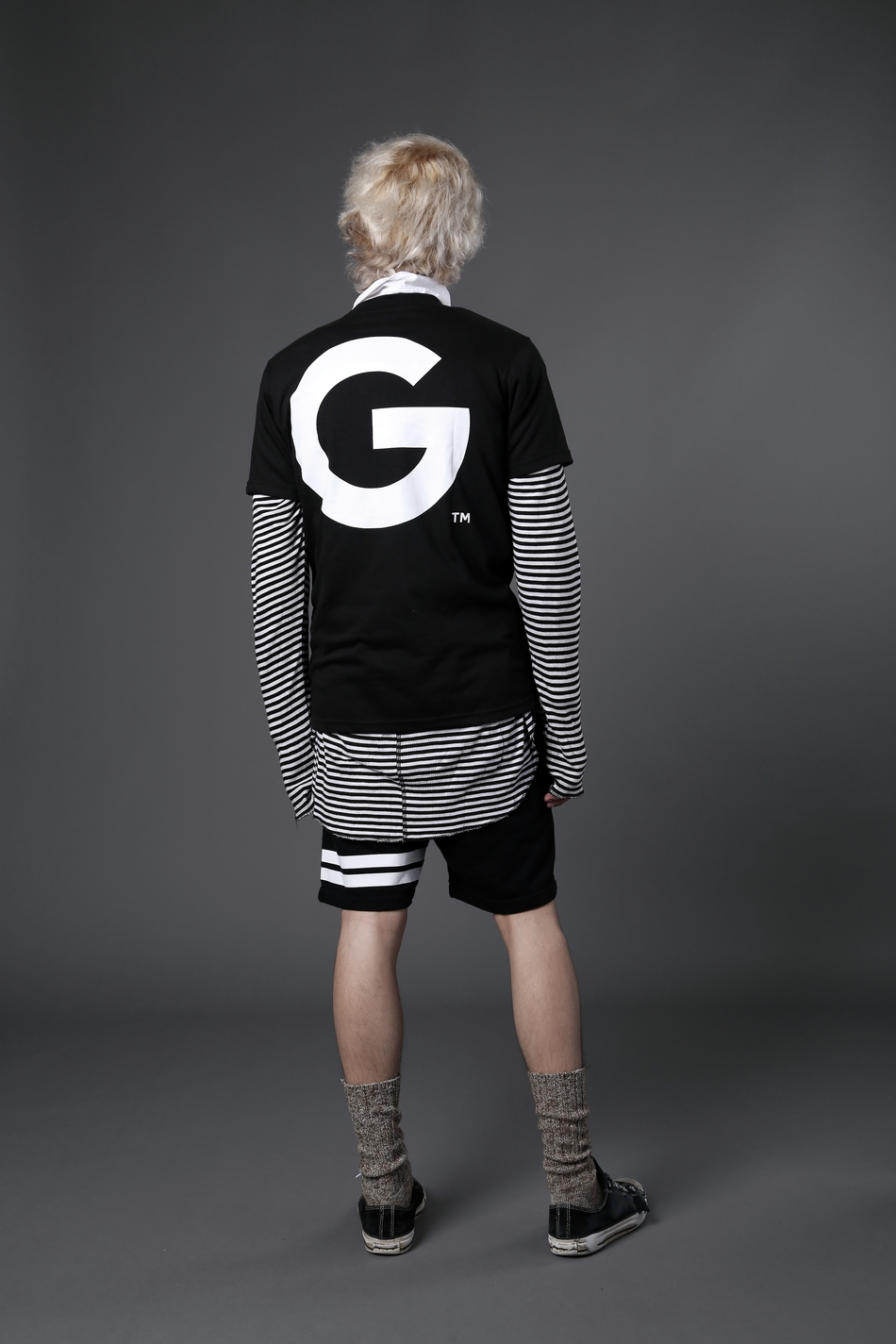 What were some of your inspirations behind the brand?

I learned from the greats, well the greats in my eyes, from a few different fields. I’m a student of design, literally ha, so inspiration comes the more I learn. I was inspired by Yohji Yamamoto, Nigo, Murakami, Pharrell, Virgil, people of that vein. I feel like those guys really focused on

putting out the best product possible and pushing an idea to its full potential, something I try to do when designing clothing. Music also plays a big role, I’m constantly listening to music so it influences a lot of my ideas like the star trak inspired long sleeve from this collection for example, you’ll see more of that in the future. Another big influence are cartoons, particularly anime. I feel like anime holds a lot of universal truths that most don’t realize. Something as simple as watching Goku never give up no matter how much he got beat in Dragonball Z, translated into my life. Things like that taught me to never quite and there’s always a way to accomplish what I set out to do no matter the obstacles that appear along the way.

How do you see it evolving in the future?

We want the vision to remain clear but continue to push it. Installations, pop-up shops, events and some curated audio. I want to make it an experience for all involved. GREY is a home Like I said previously to a family that’s going to grow more and more. We want to continue to push the product from a design standpoint also and make sure the best quality products are always available at the best price for anyone interested in being apart of the brand and its lifestyle. 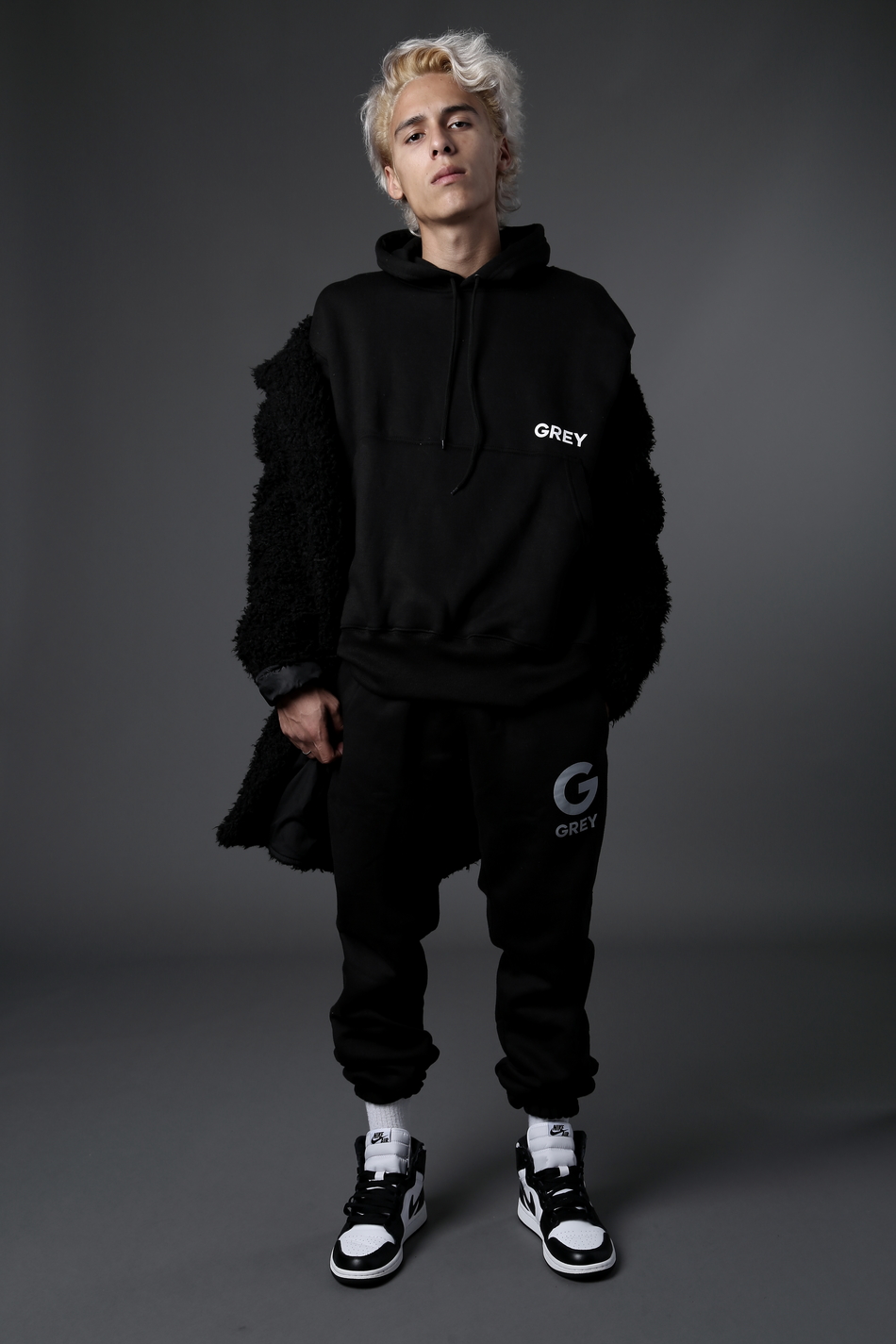 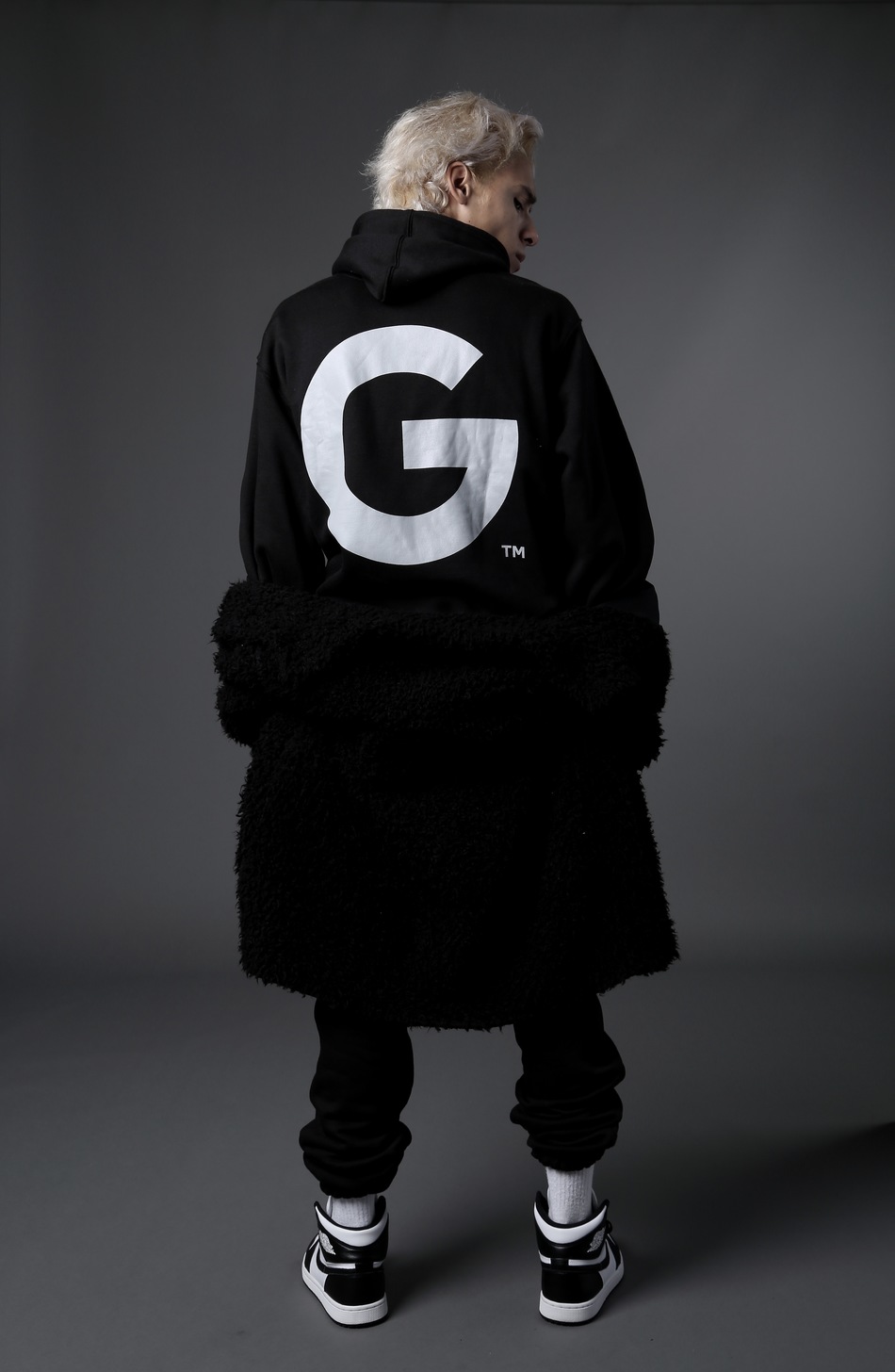 The collection will be available this Friday, visit www.hearingvisuals.com for more information. 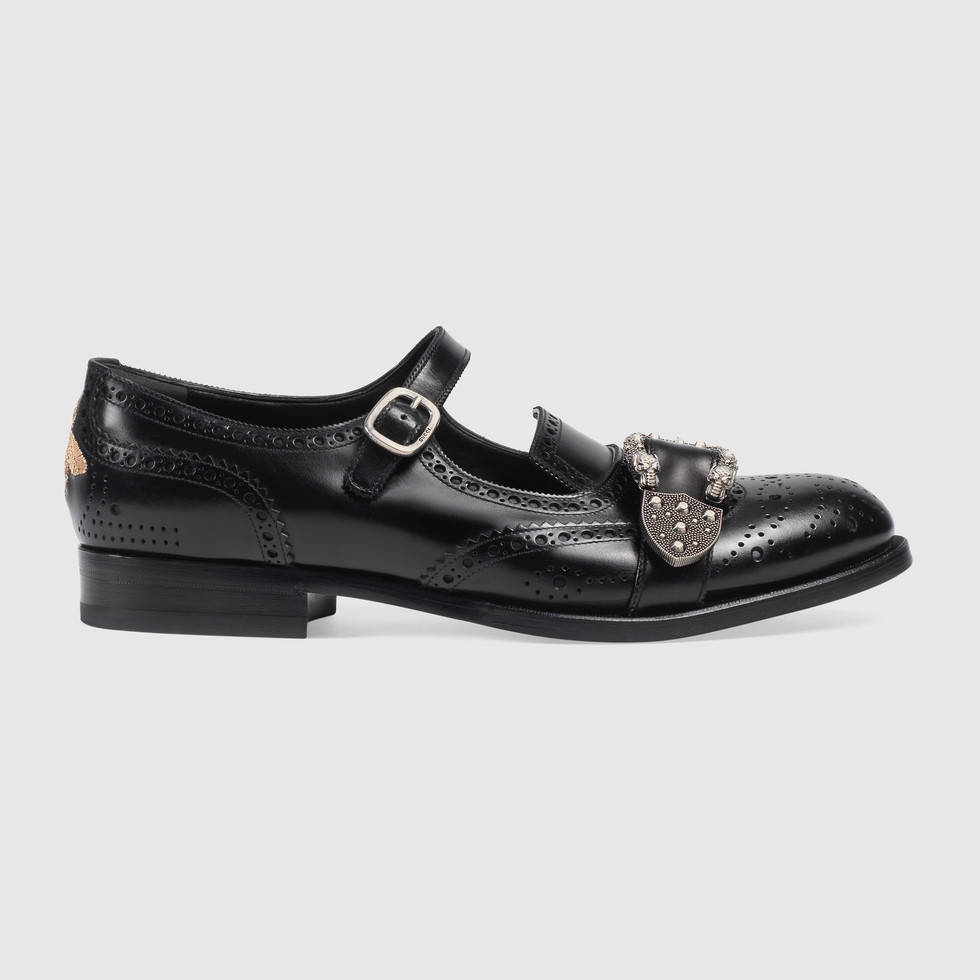 Every Shoe From Gucci’s “QUEERCORE” Collection

Every Shoe From Gucci’s “QUEERCORE” Collection