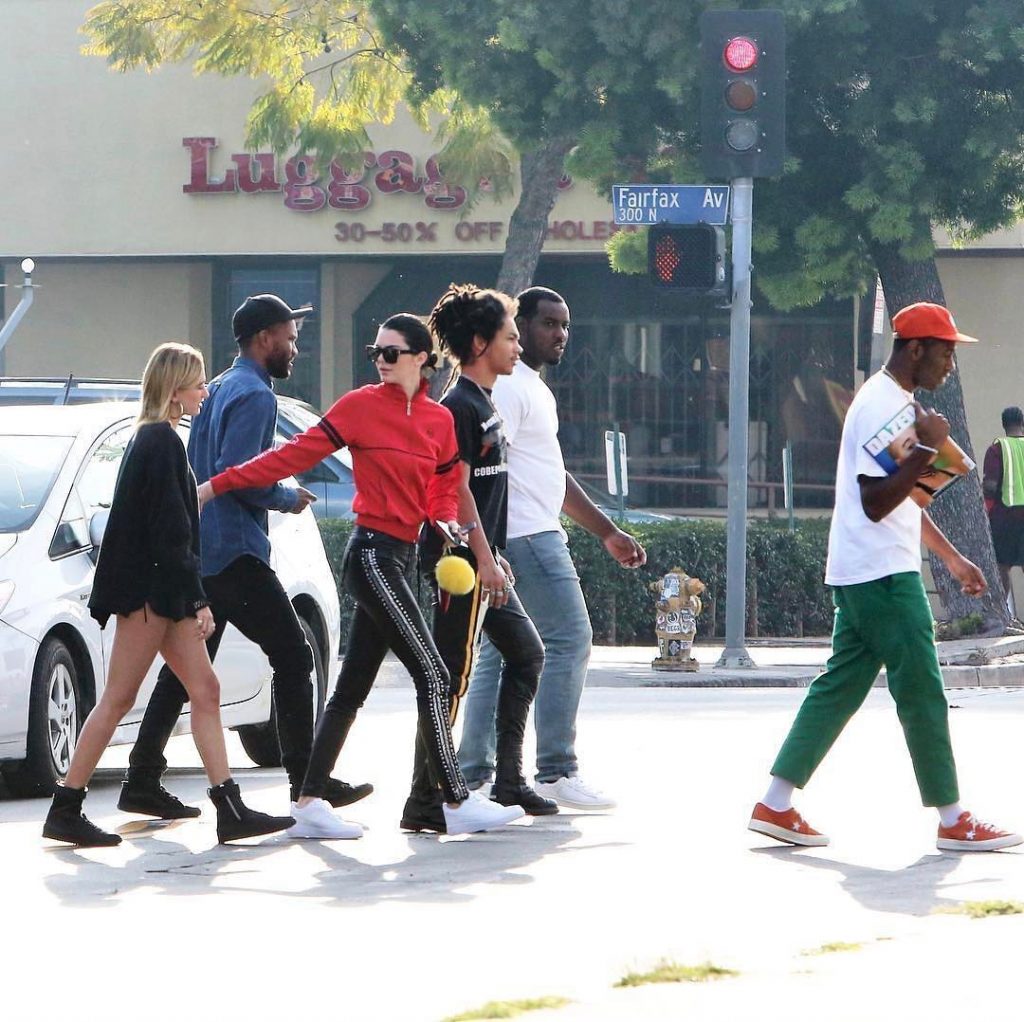 Artist Frank Ocean was seen hanging out with Kendall Jenner and Hailey Baldwin in LA wearing an Acne ‘isherwood’ denim shirt. Keeping up with the Kardashians star, Kendall was wearing a Gosha Rubchinskiy red Sergio Tacchini edition orion track jacket. The image of the group hanging out together went viral, as it was captured just days after Kendall Jenner had been robbed of $200,000-worth of jewelry while hosting a party at her Hollywood home. Fans believed friends of Kendall were cheering her up after the incident. 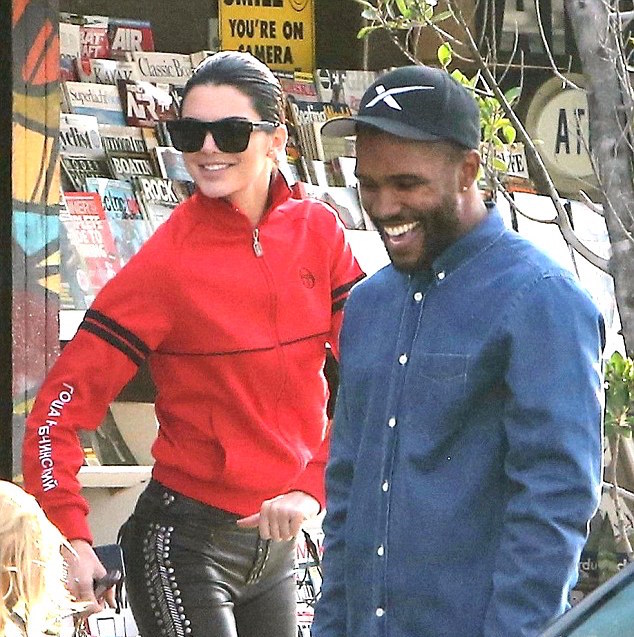 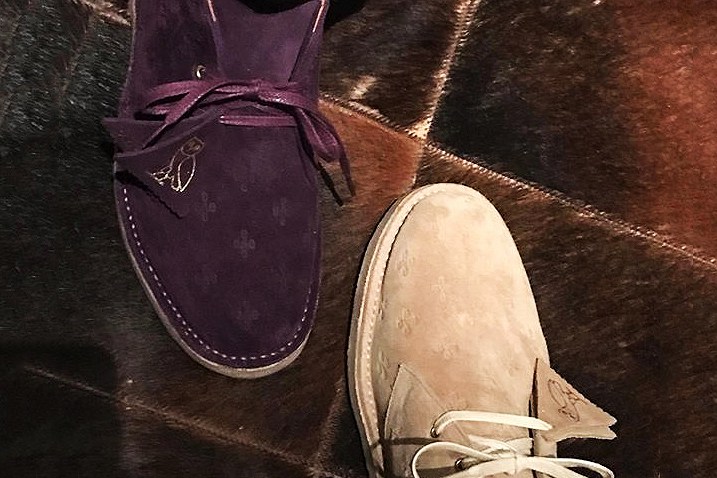