The perfect way to see off the summer.

Pharrell’s NMD shoes have always gone down well with sneakerheads around the globe so there is no surprise that each release now comes with its fair share of anticipation. Well, the renowned sneaker news outlet,  Yeezy Mafia, have stoked the flames of excitement as they took to Twitter to reveal that the Pharrell Williams x adidas Originals Afro NMD Hu Pack is actually set to arrive sooner than expected, and instead of waiting until autumn we can hopefully see the pairs stock in August.

The pack includes a variety of pairs that all play with tribal patterns and prints harmoniously with vivid eye-catching colours in order to try and embody African-inspired aesthetics. Furthermore, the pairs stick with the tradtional white BOOST midsole, however, a new trail-style sole has been featured to spice up the offerings. As for the renowned text-covered uppers, this time we see the orange and blue pair sporting the text “Milele Mbele,” the red and blue iteration featuring the words “Mother Land,” while finally the yellow and black pair wear “Empower and Inspire.”

The Pharrell Williams x adidas Originals Afro NMD Hu Pack is set to drop on the 18th of August but stay tuned in case of any further updates. 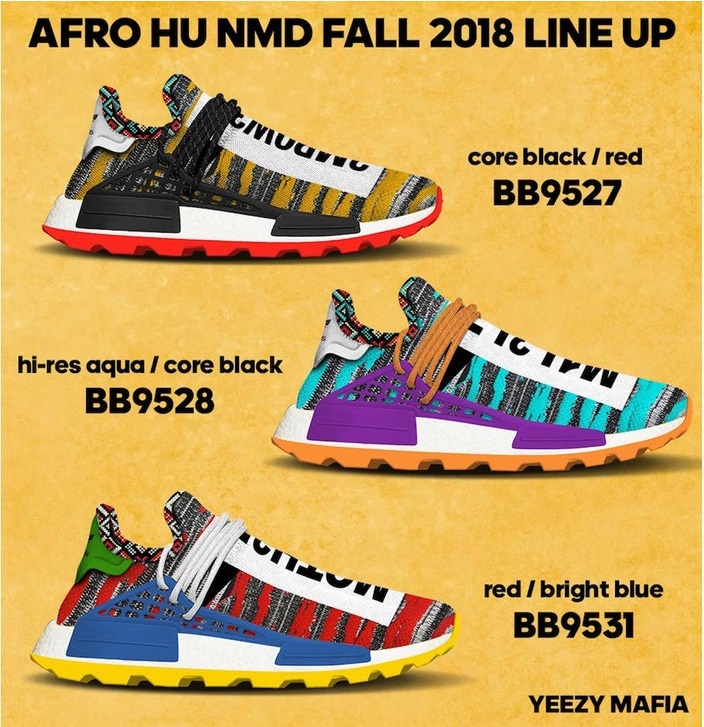