After recently performing at Madison Square Garden the American singer-songwriter, actor, dancer, and record producer, Justin Timberlake, was spotted in New York rocking an excellently put together monochrome fit. Specifically, we saw Timberlake rock a black trench coat layered upon a black hoodie that through its white text played harmoniously off the black and white Nike Air Jordan 1s he was sporting on his feet. While last but not least his Nike Sportswear tech fleece joggers tied his bottom and top half together effortlessly.

As for Jessica Biel, the American actress, model, producer and singer rocked a different iteration of the Nike Air Jordan 1s as hers featured a zip and came in an all-white colourway. As for the rest of her fit, she sported a Levi’s jacket and UNDERCOVER sweatshirt. Take a look at the couple and their wear on the right. 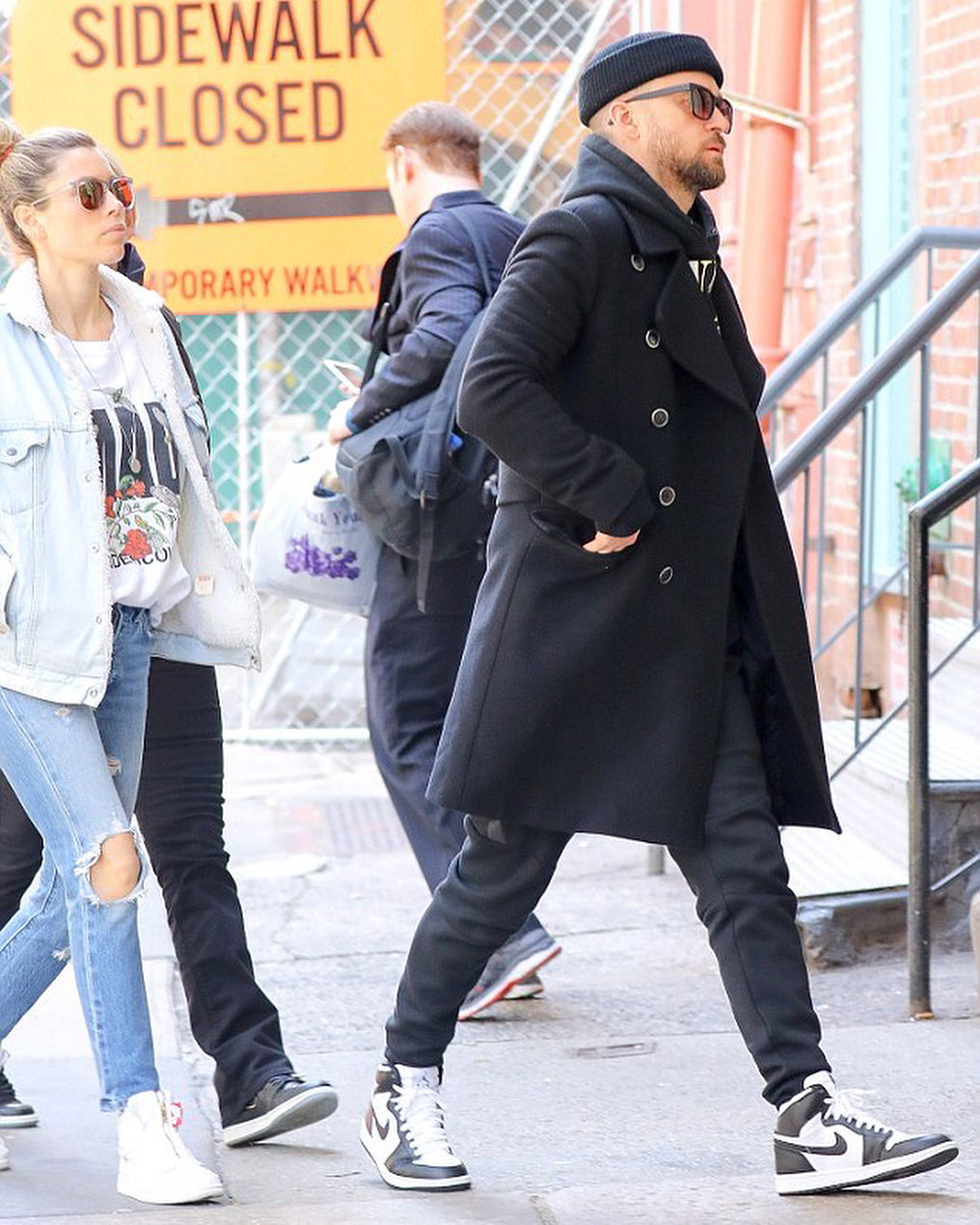